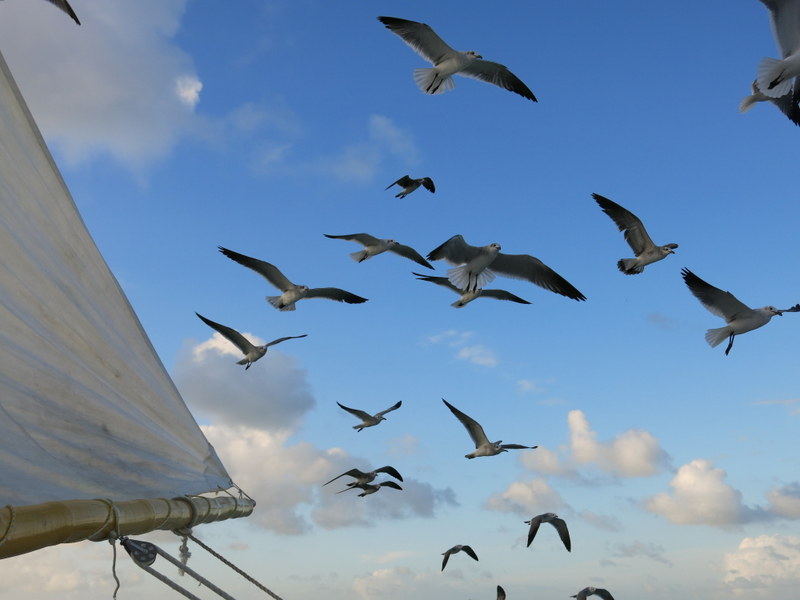 It’s New Years Eve! Hard to believe as to be honest I had not really been paying attention to what day it was let alone date. But we had an action packed day ahead. 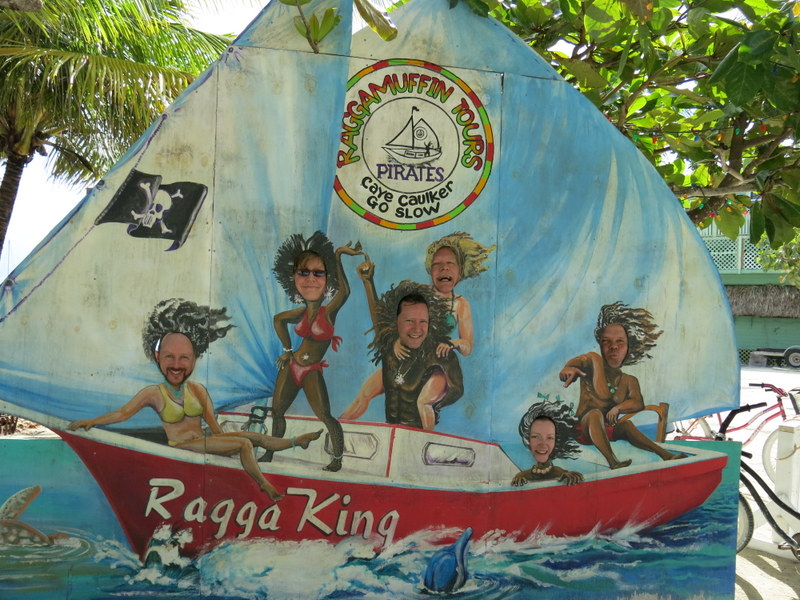 What a motley crew

We had a full day boat tour booked. There was a lot of reef to explore, so most of us from the tour decided to jump on the sail boat and head out for the full day. This gave us 3 separate places to snorkel with lots of opportunity to see the local marine life. 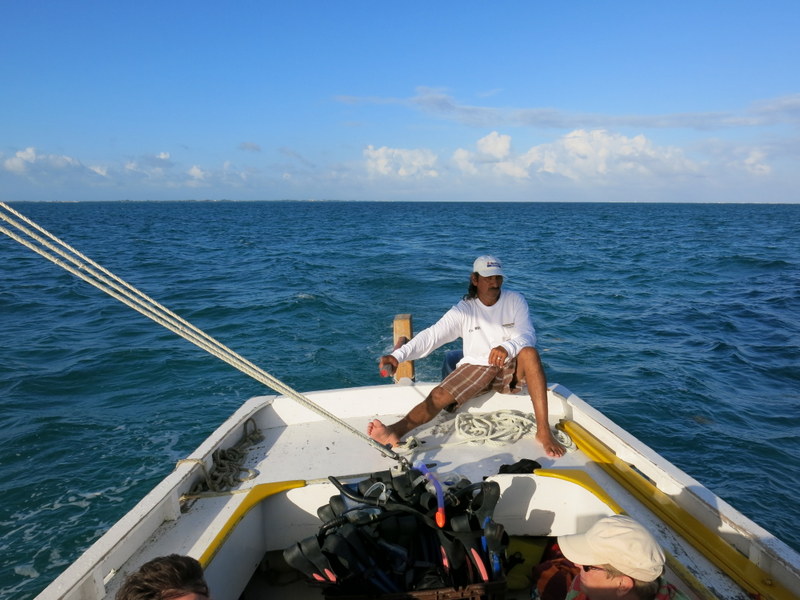 So on we jumped the Ragga Gal with our two crew and sailed out for an hour to our first stop, the Coral Garden. This was a relaxed place to explore the coral, look out for fish, and get used to our snorkeling gear. It was great to see all the small and mid sized fish poking around and darting all around us. 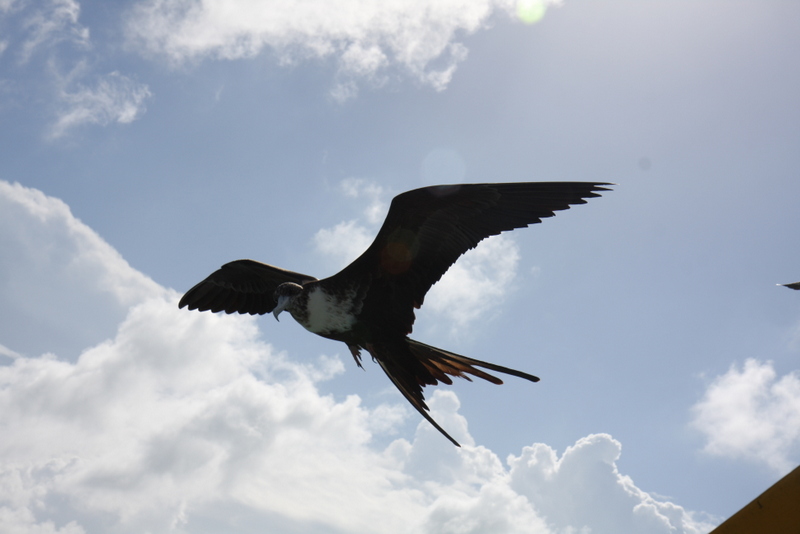 I swear they have pterodactyls here in Belize

After this we had a chance for some lunch (mmm, fish stew) before a quick jaunt to our next stop. This was ominously named Shark Ray Alley, and when we arrived we saw why. At the bottom of the ladder into the water were both sharks AND sting rays. Oh man! 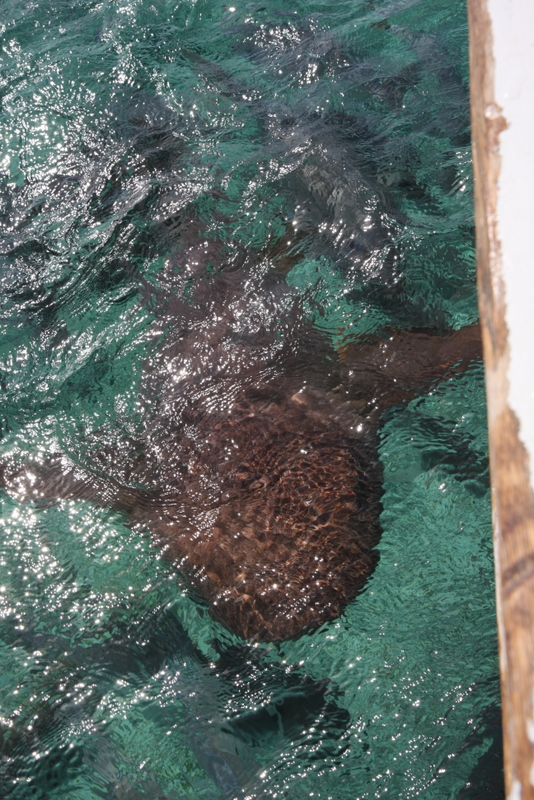 Yeah, that’s a nurse shark where I’m about to jump in

So what did we do? In we jumped! The Nurse Shark hanging around the ladder was quite unnerving, but after a quick while we got used to the presence of the sharks swimming about, only a couple of feet away. The sting rays were also incredible, swimming right up to us. our guide fed some and next thing I knew I had a massive sting ray only inches away from me. It felt super soft, like velvet, and was another of those awestriking moments. In the Caribbean, swimming with rays and sharks. 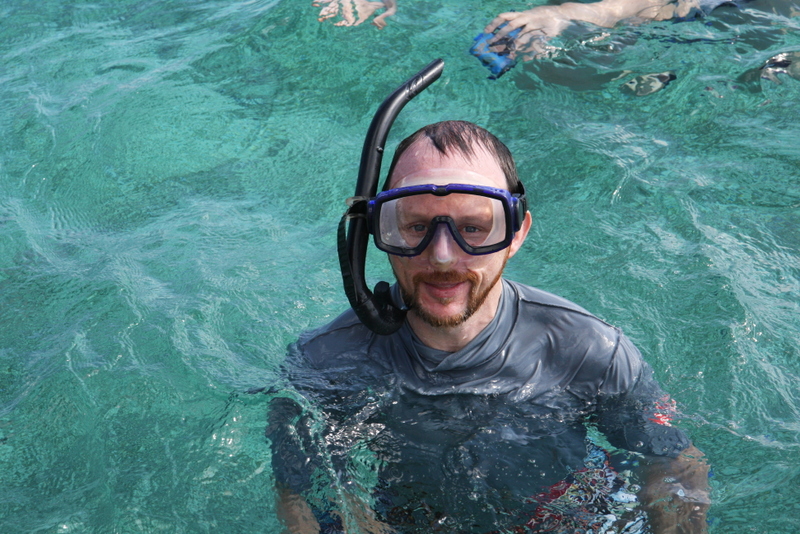 I survived the sharks!

The last stop was Hol Chan Marine Reserve. This gave us a chance to see some different marine life… turtles! in our 45 minute snorkel around we got to see a beautiful Green Turtle, just hanging out, eating some plants off the bottom, and coming up for air. I could have watched it for hours. We also saw some spooky Moray Eels (man they are evil looking) as well as a Spotted Eagle Ray which was majestic. Its spots were incredible and was possibly the most amazing this I saw (and that is saying something). 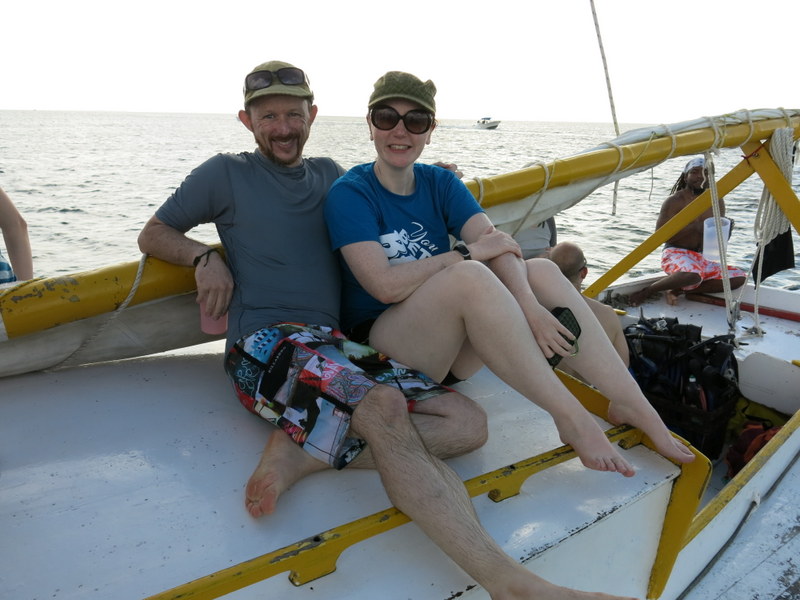 Kickin’ back on a sailboat in the Caribbean

Alas it was time to get back in the boat and head back to Caye Caulker. To swim in the coral and with the marine life was a perfect way to spend our New Years Eve. To cap it off the Rum Punch flowed freely on the boat was we sailed in. 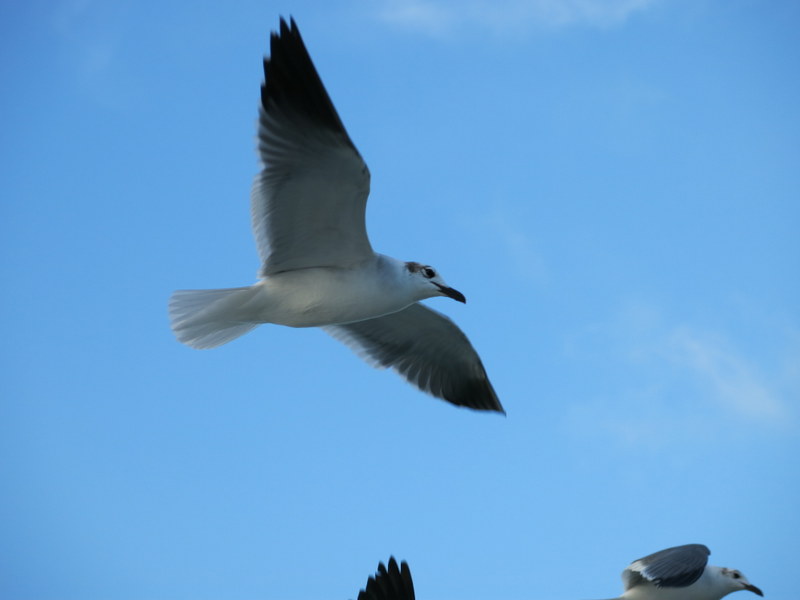 On the sail home we had fun throwing food to the gulls following us. One had no feet which was super crazy. Our first mate called him our guardian, keeping us safe. I liked to think so.

In we docked and we had some time to chill before our next engagement… group New Years dinner. There was a bunch of G Adventures groups in town and we all spent it at Wish Willys BBQ joint. There we were treated to lots of meats and seafood coming off the barbeques. So. Much. Food. Oh, and also lots more Rum Punch. 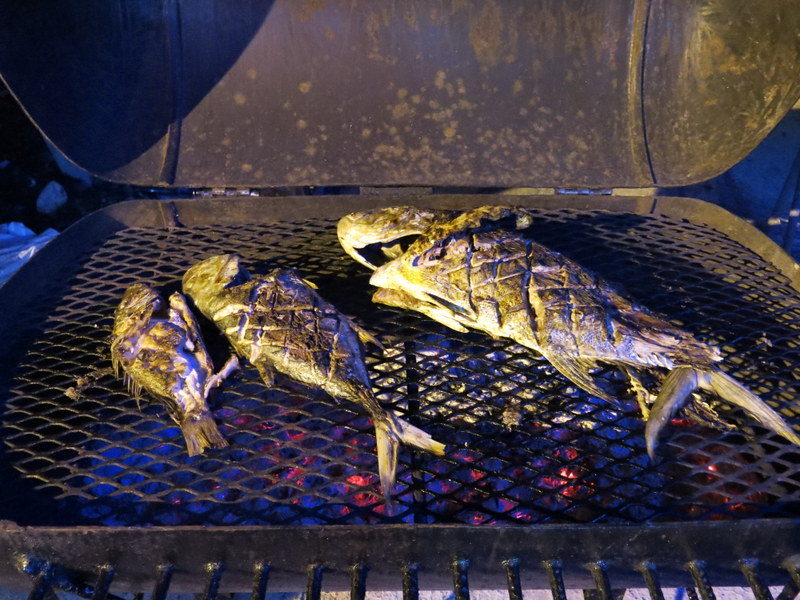 Fish on the grill

The dinner culminated in the smashing of a pinata (of course) which was then our cue to head back to the Split to see in the New Year. While busy Kate & I were expecting way more people out and about. Bu the vibe was relaxed and we danced our way to 80’s classics and the stroke of midnight.

And with fireworks on the pier and a balmy Caribbean night, we said hello to 2014.