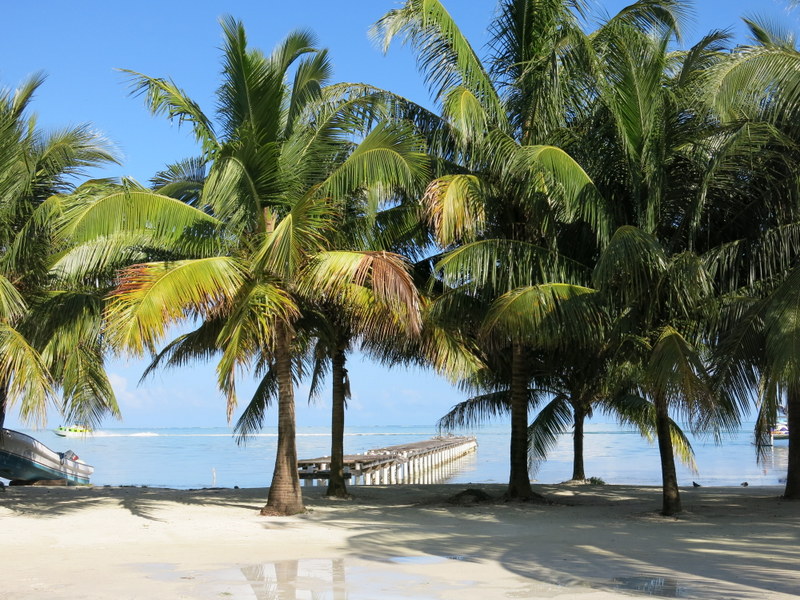 Bit of an extreme from yesterday huh?

Now that was a day. I woke up feeling remarkably good after my epic 12 hour day of spelunking. The latish start certainly didn’t hurt.

This was another travel day but not a huge one. The destination… the Carribean! Specifically Caye Caulker. Oh yeah! Talk about extremes … from the jungle to the sea.

The most exciting thing about today was that we were riding some public transport, namely CHICKEN BUS! It was not the extravagant chicken buses of Guatemala, but still a chicken bus nonetheless. It was a crazy experience. Basically we all stood on the side of the road hoping that the next bus heading to Belize City would stop for us all. Thankfully, with the rain starting to fall, the first one did and in we piled.

The bus then got chock full of people on the way to Belize City. The ride was not as crazy as I thought it might have been, and alas there were no chickens riding the bus, but it was still fun. After a couple of hours we arrived in the city and headed straight to the port for a water taxi.

The weather straight away hit us. Nice and hot and humid. We were on the coast alright! Along came the water taxi and we headed off the coast to glorious Caye Caulker, our home for the next 3 days. 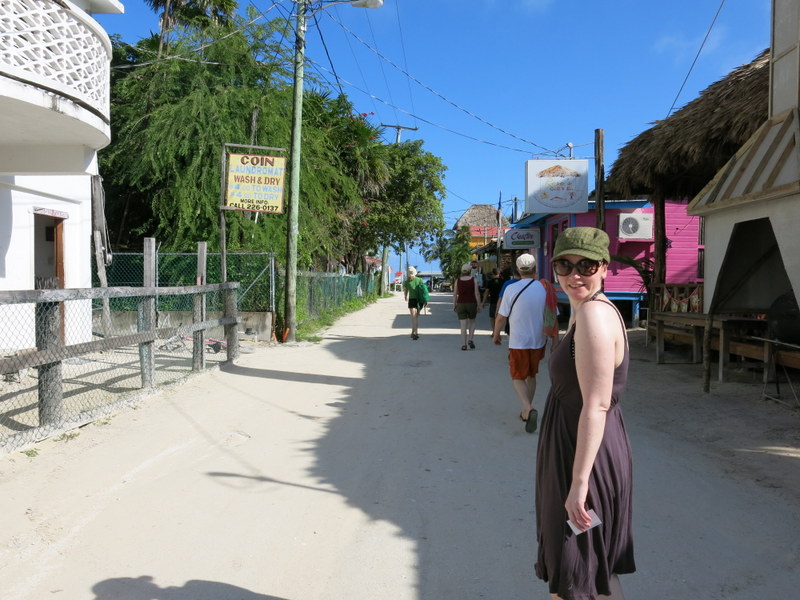 And oh boy. Palm trees, reggae music, beautiful blue water… this was it! We dropped our gear off at the hotel, and headed straight to the water’s edge for some lunch, whilst staring out into the gorgeous waters.

After lunch was a quick briefing about snorkeling options for the next day. Being located at the second largest barrier reef in the world meant we had plenty to do. With tomorrows trip locked in it was time to settle in with some beers in the sun. 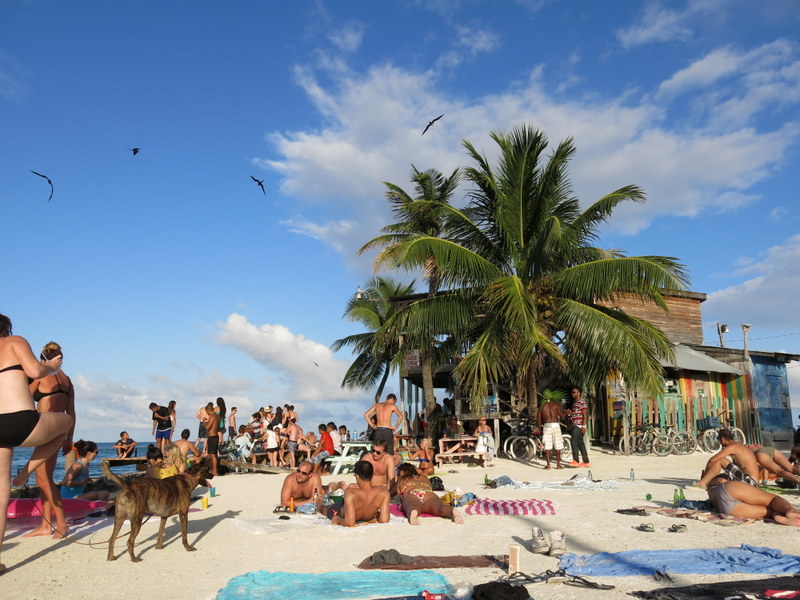 Hanging out at the Split

We hung out at the Split… a bar where the island actually got split in two during a hurricane in years gone by. It was the perfect chance to drink cheap beers and dive off the pier into the beautiful waters. 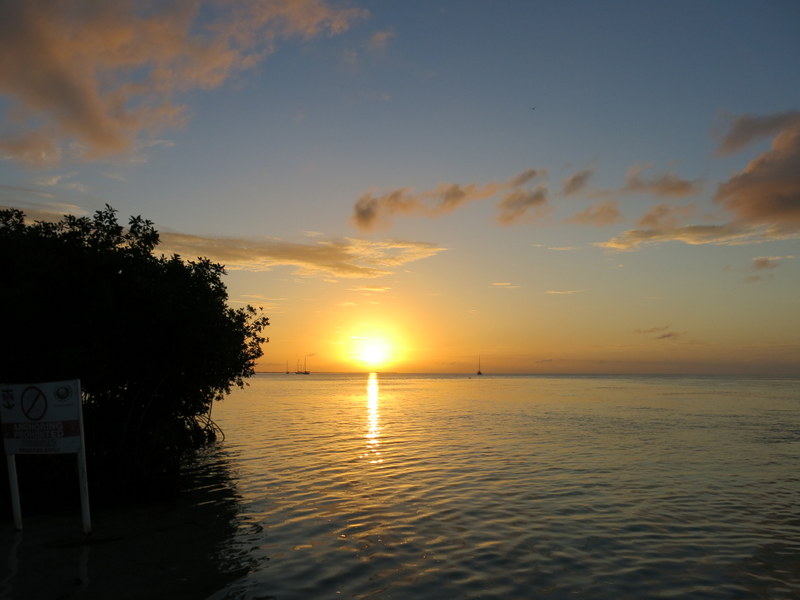 Sunset over the water

Sunset came and went. Some time to freshen up and then off for dinner and then next thing we knew the evening wound to a close. I could get used to this.