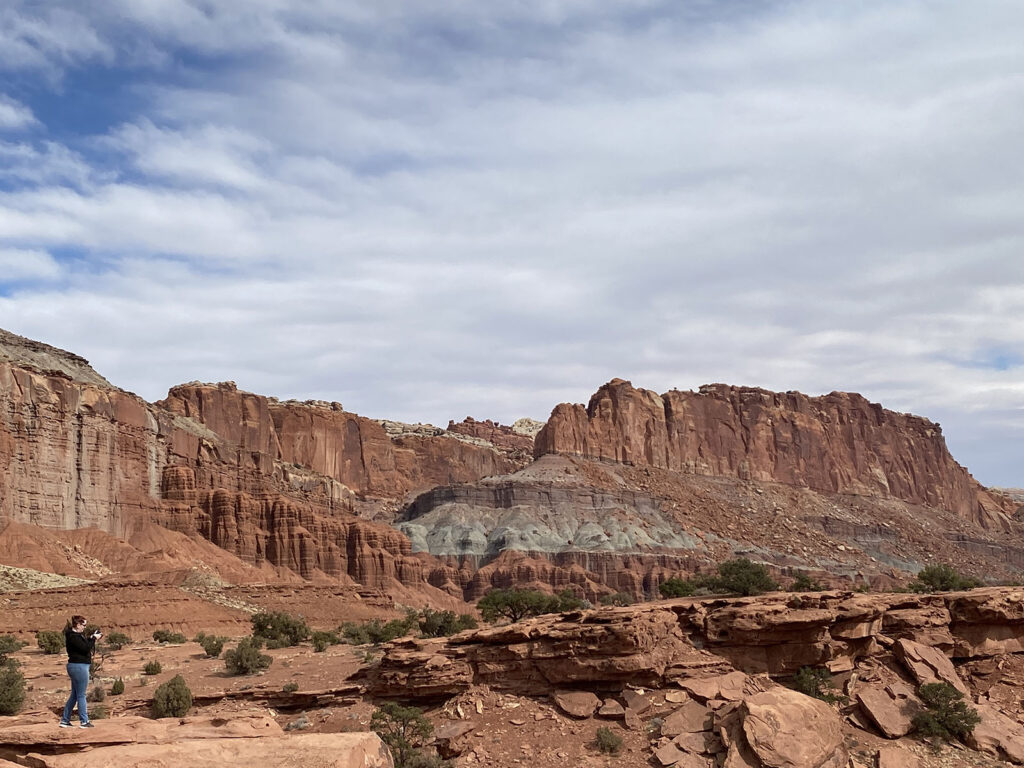 Today was a fair driving day, needing to get from Kanab to Moab… all the way across the other side of Utah.

We had originally planned to hoof it on some of the major roads, however Kate proposed a different idea. How about we take the scenic route? It would only add another half an hour on, but would also take us through Capitol Reef National Park. Of course, let’s do it! Capitol Reef was not on our original plans, as it is quite small and a little out of the way. But now it was in the way, so was a good excuse to pay it a visit. 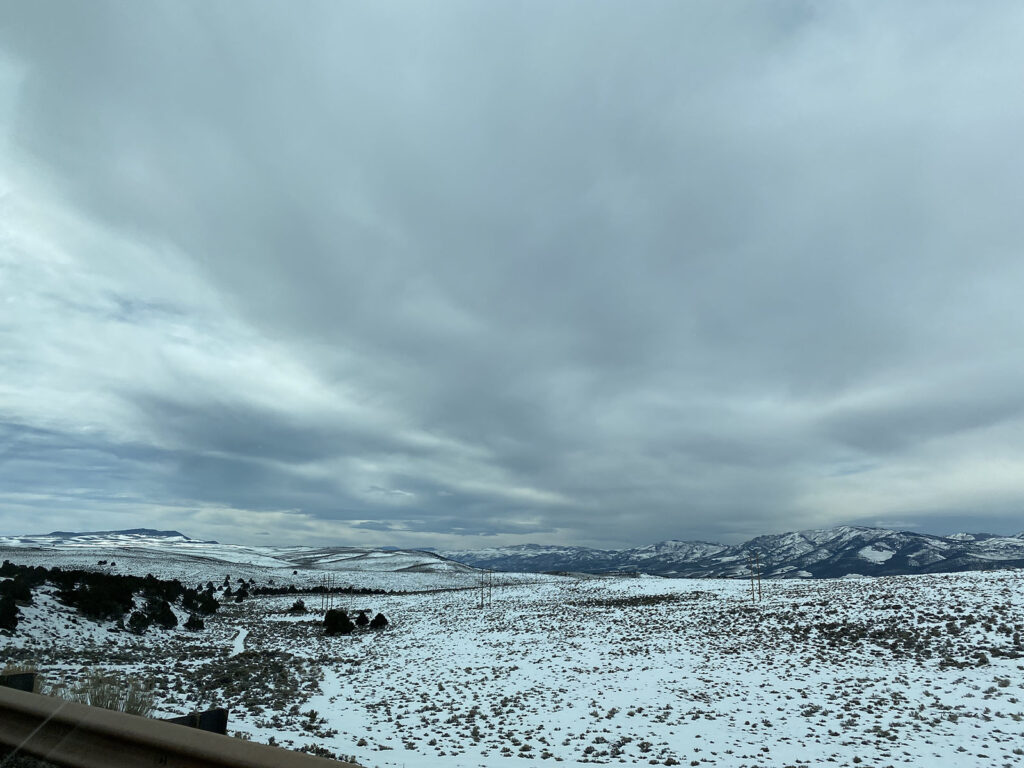 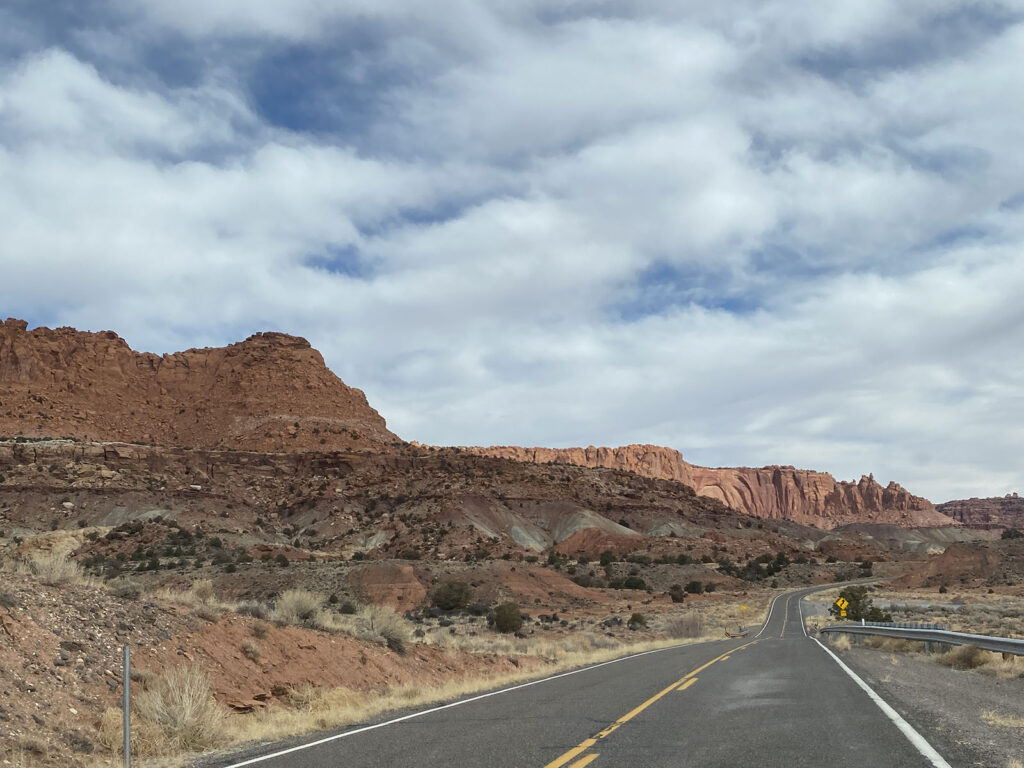 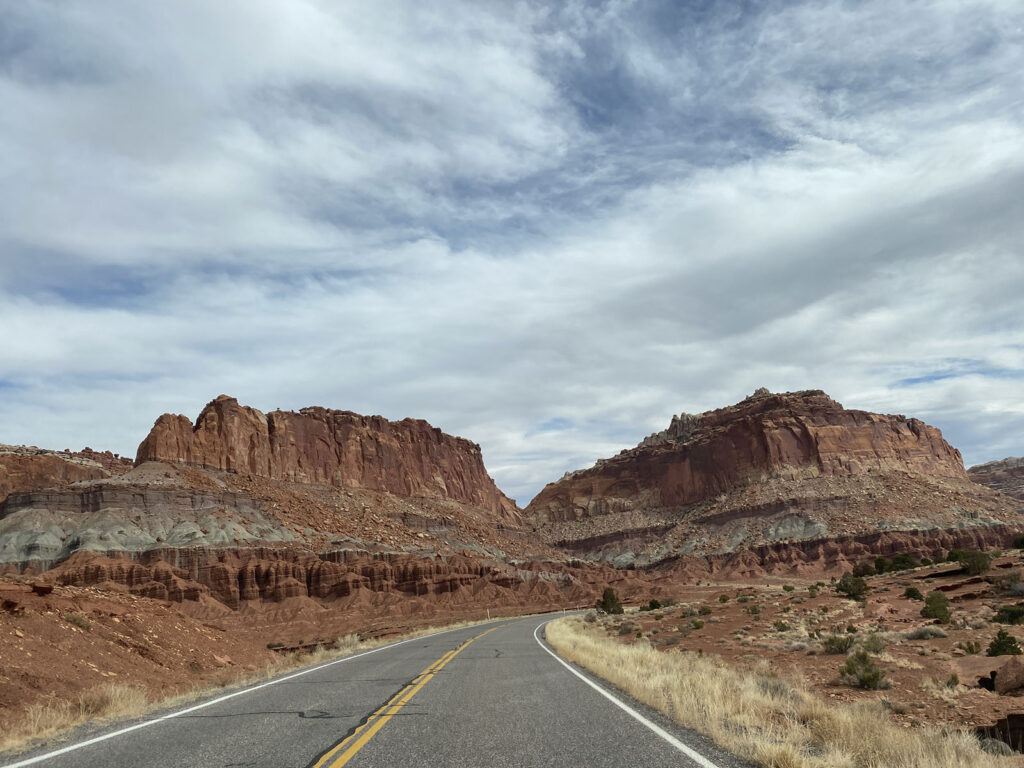 We said farewell to Kanab and headed off, back toward Bryce Canyon, but then heading further north. It was amazing the changing landscapes we had today. Within half an hour we went from the familiar red rocks, to snowy landscapes. Ah! So this is why we were warned about driving in Utah in winter! Thankfully for us it had been quite a mild, dry spell, so the roads were nice and easy and trouble free. 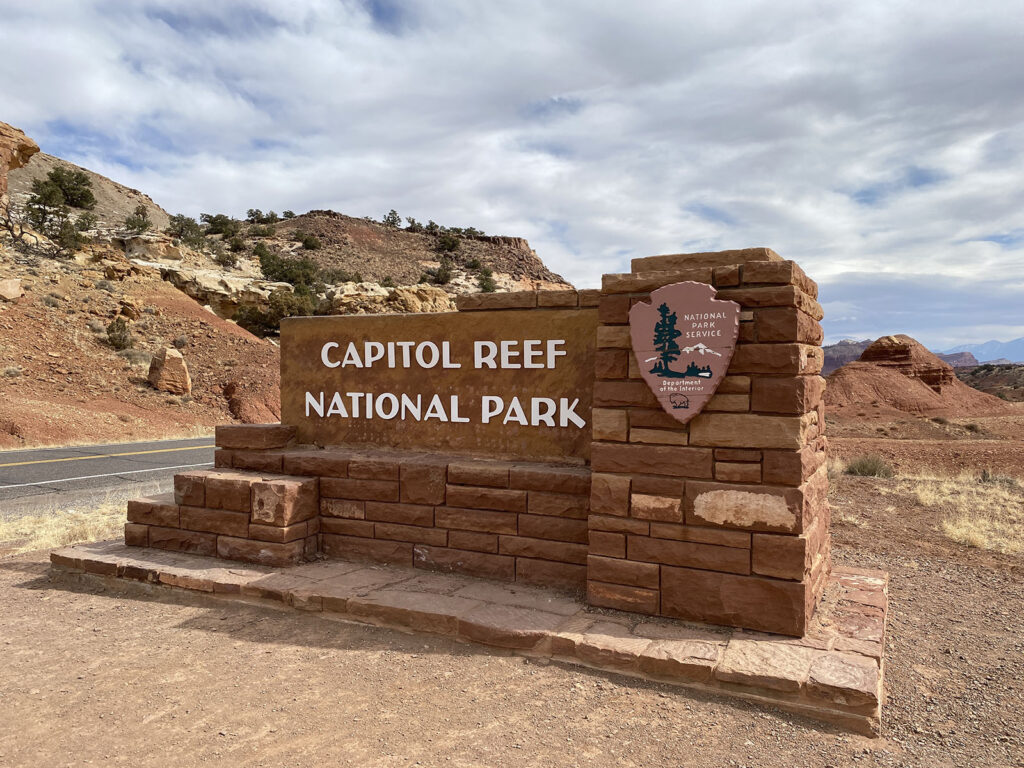 After about 3 hours of driving, 1.5 of which were in snowy landscapes, we were back in red rock territory. Capitol Reef is a sneaky one, as you don’t “enter” the park like the others… you literally drive through it as part of your normal travelling!

Once you are in the park, there are then some sights signposted, giving us perfect vistas that we were not getting sick of. 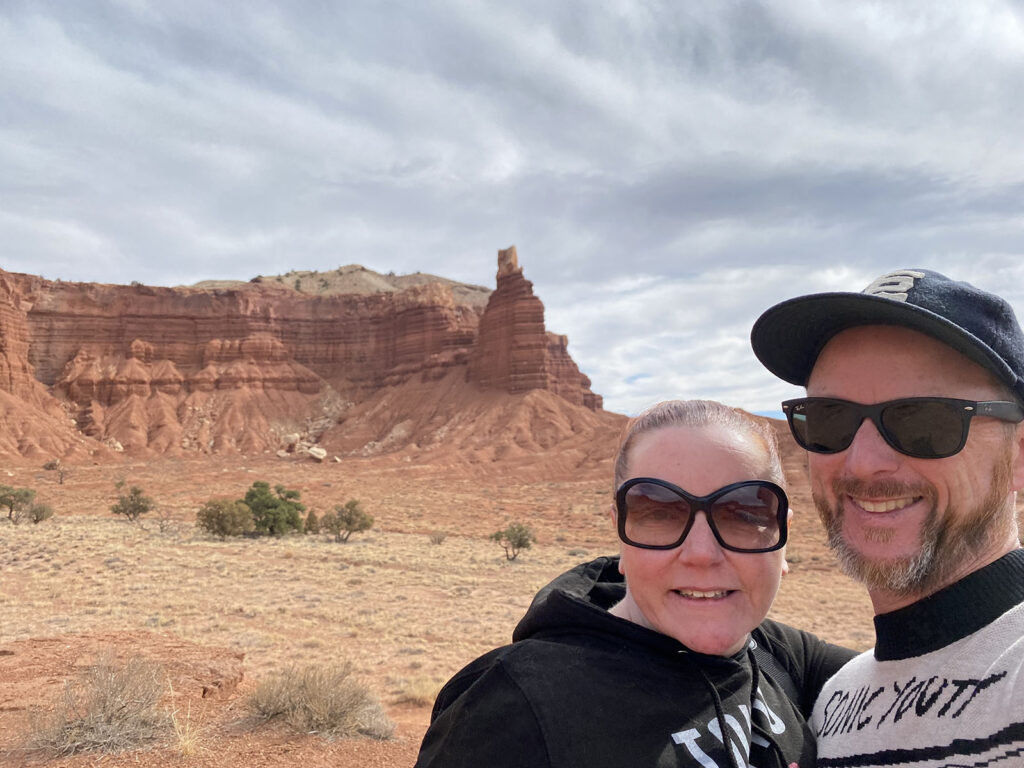 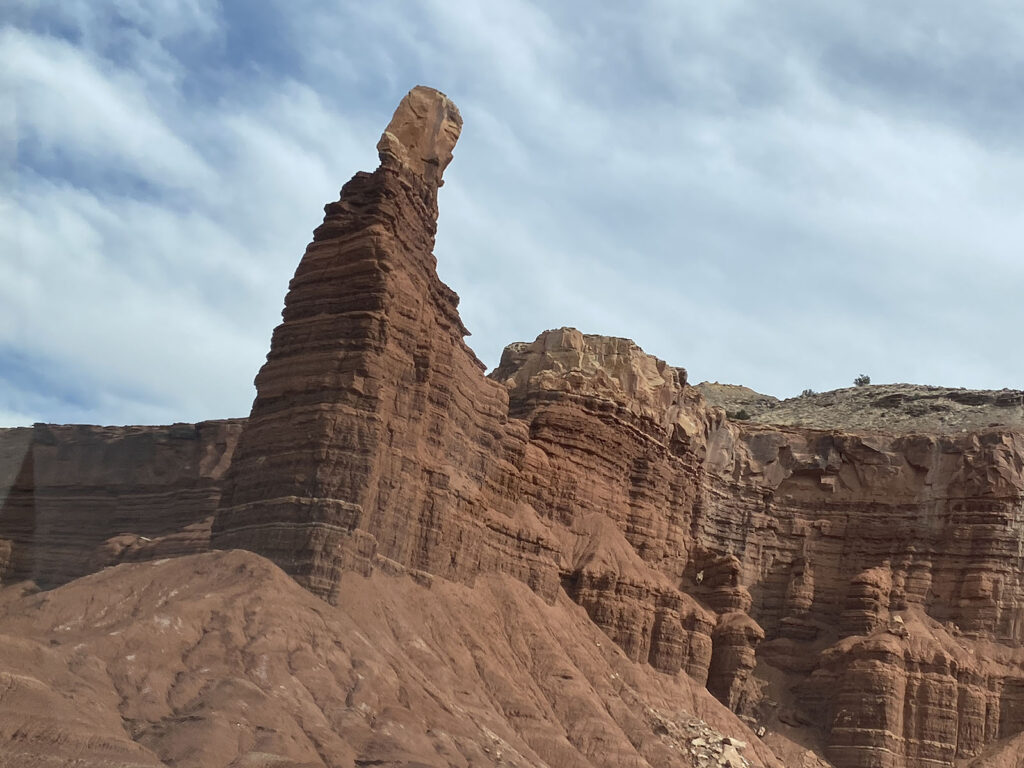 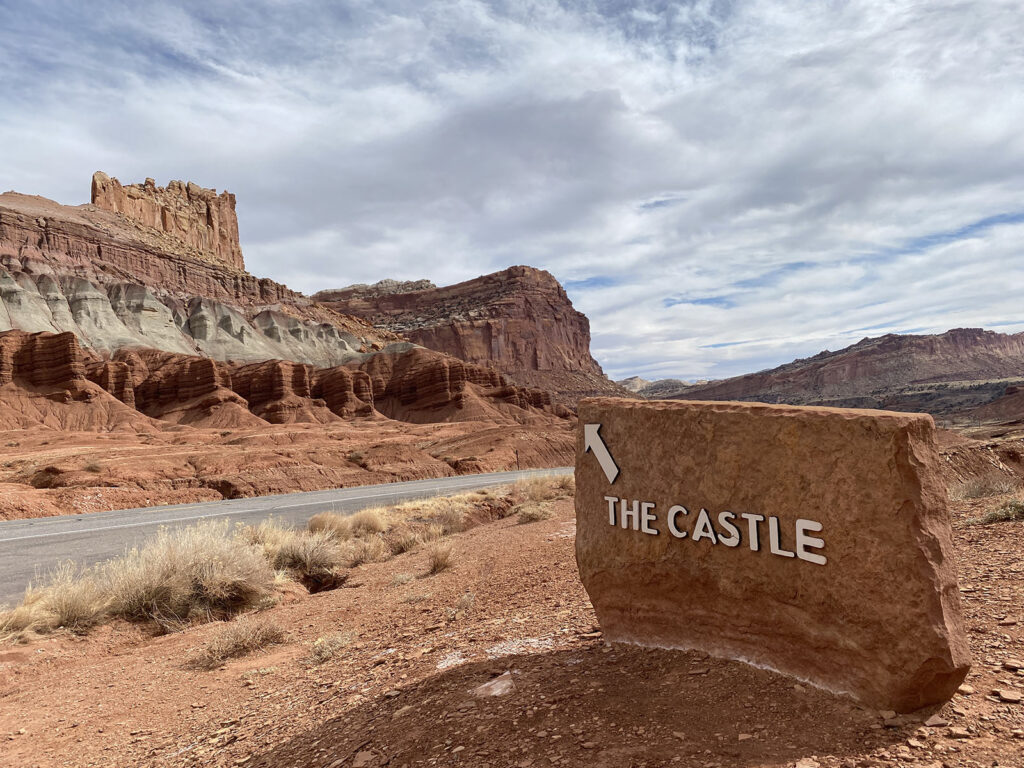 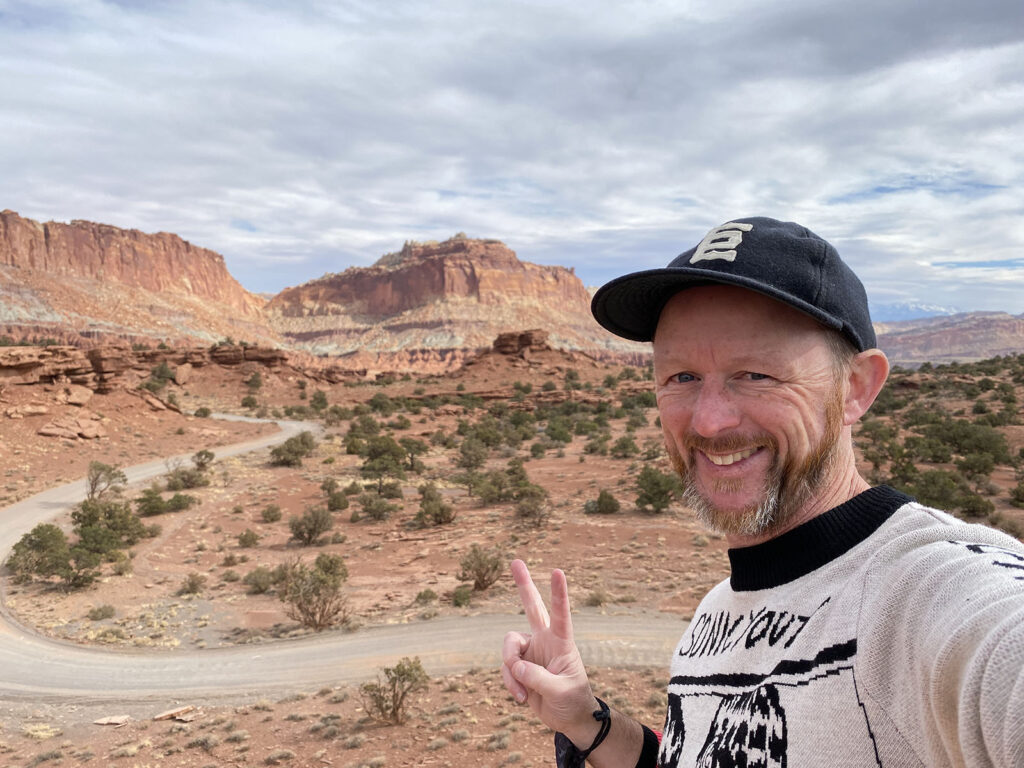 The main difference is that when you hit the Visitors Centre, you can pay the park fee to drive the 10 mile scenic road. Given we had our National Parks Annual Pass, we flashed that and meandered down the scenic road, stopping for pics and then some lunch. 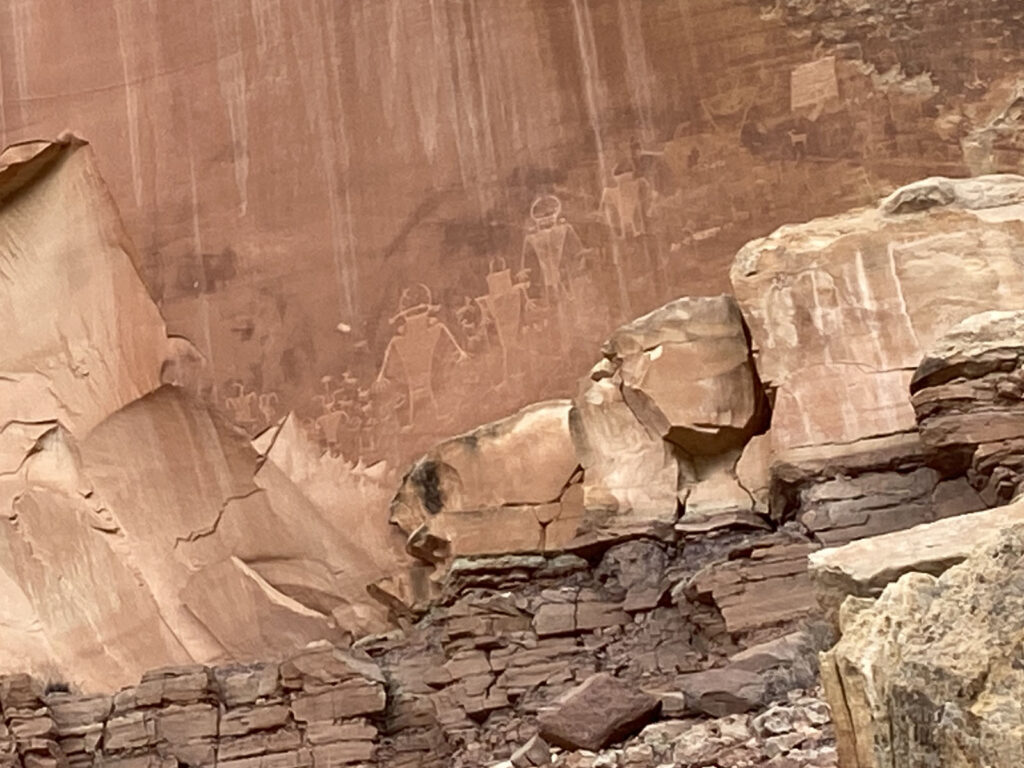 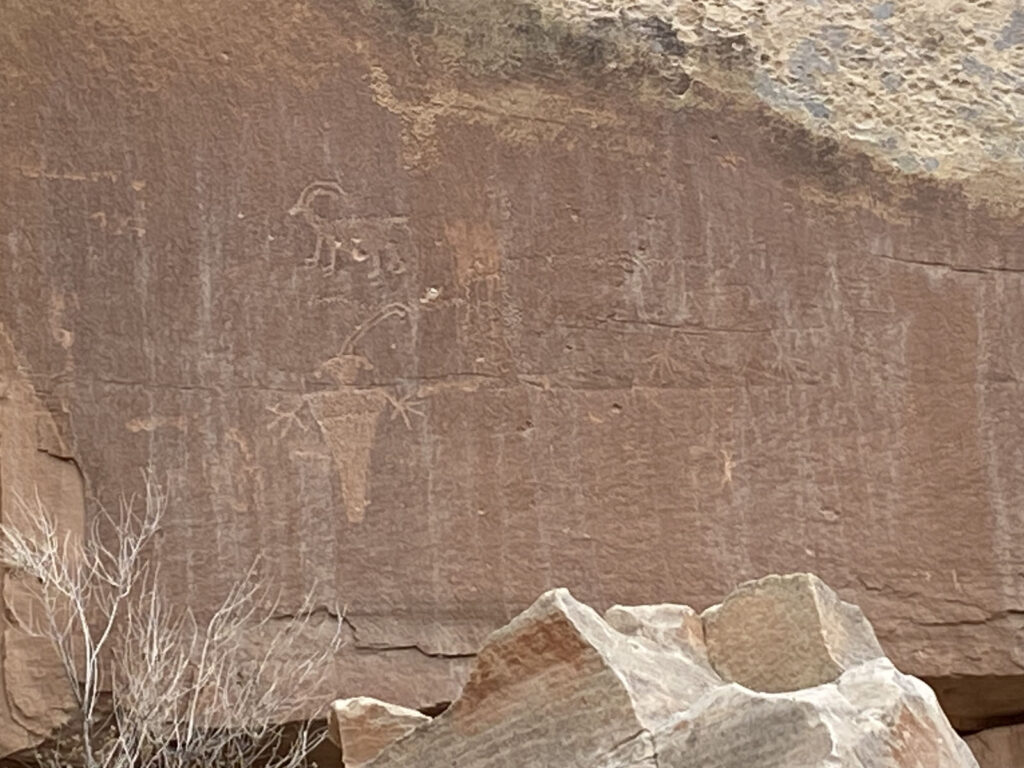 We didn’t partake in any of the hikes. There wasn’t any that were key ones to do, and we thought it best to get back on the road. On the way out we got to see some petroglyphs dating from between 600-1300 AD. Sadly they were slowly disappearing through erosion and natural rock falls, but given a number had lasted 1500 years already, they were likely to be around a little longer! 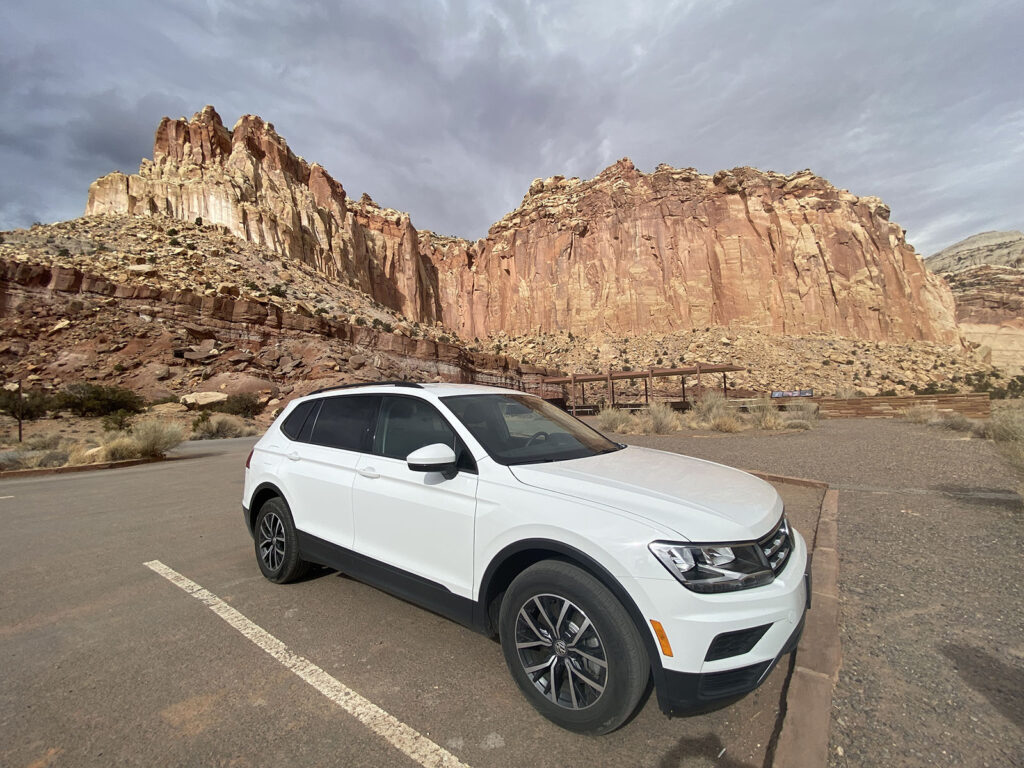 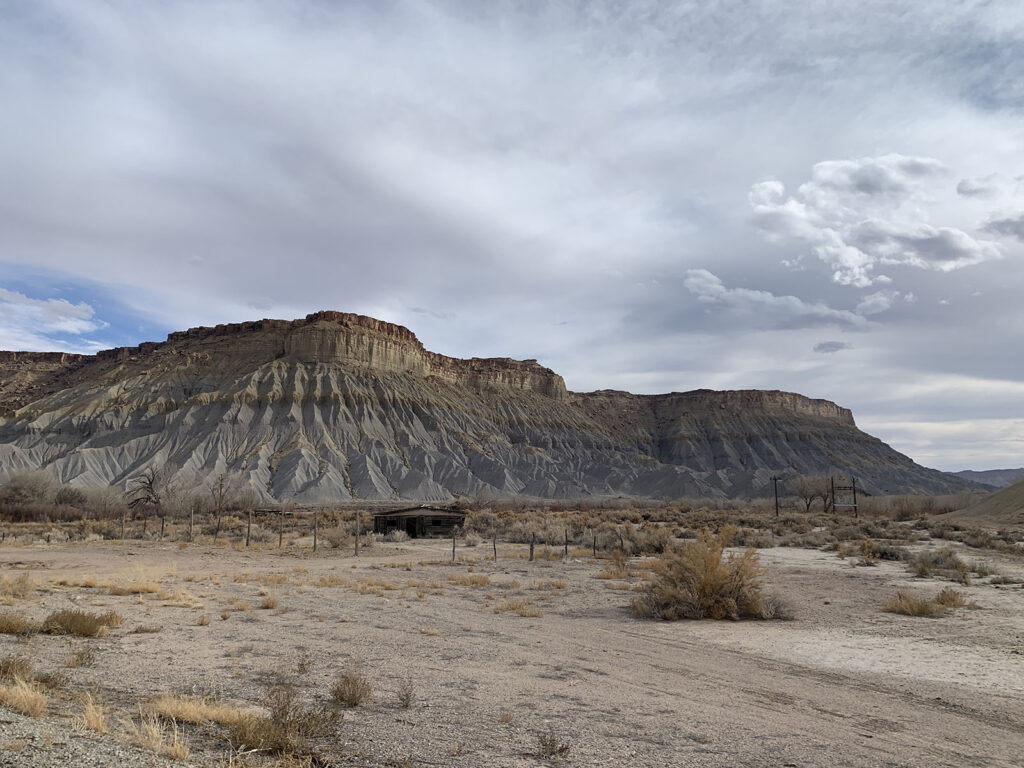 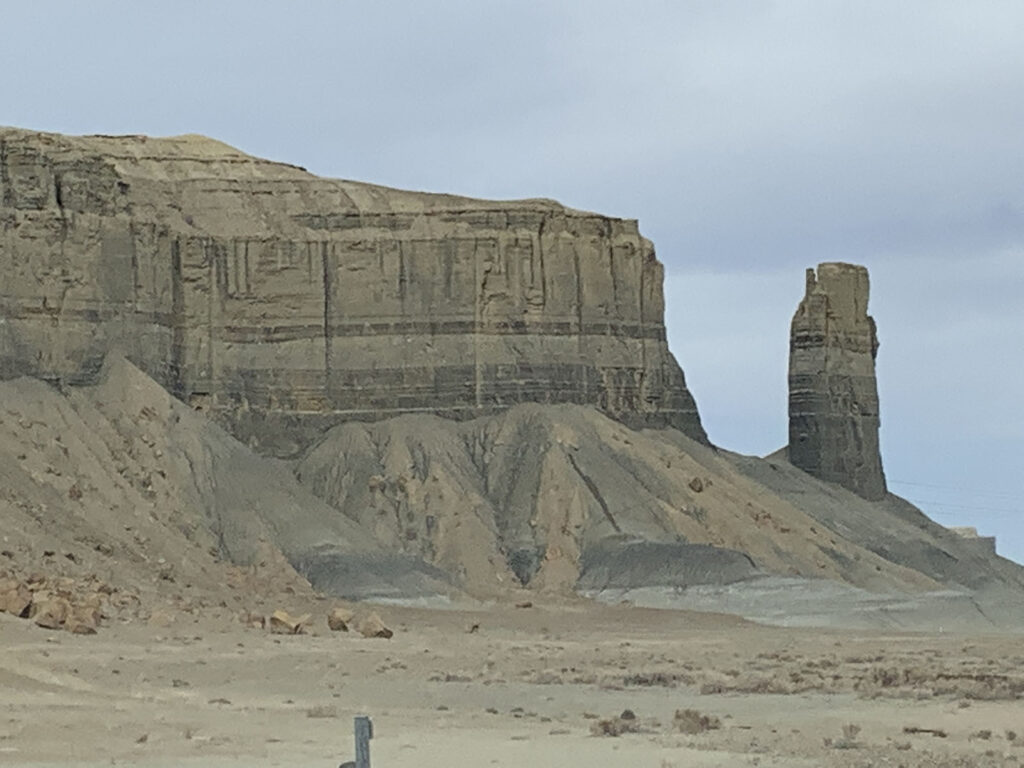 The drive continued to stun us. We went from the red rocks to strange, grey landscapes. Completely natural, but in some ways they looked like they were the result of mining or something, given the ashen colour.

But soon enough the red and brown vistas came back, as we got off the smaller road we were on and back on to an interstate. Barreling along at 80mph (yep, about 130kph) were were in Moab in no time.

Moab was a bit bigger than Kanab, but much more of a tourist town it seemed, with Arches and Canyonlands National Parks within half an hour of the town (Arches only 10 minutes away). Rather than explore we decided to chill after the long day of driving. More parks tomorrow 🙂