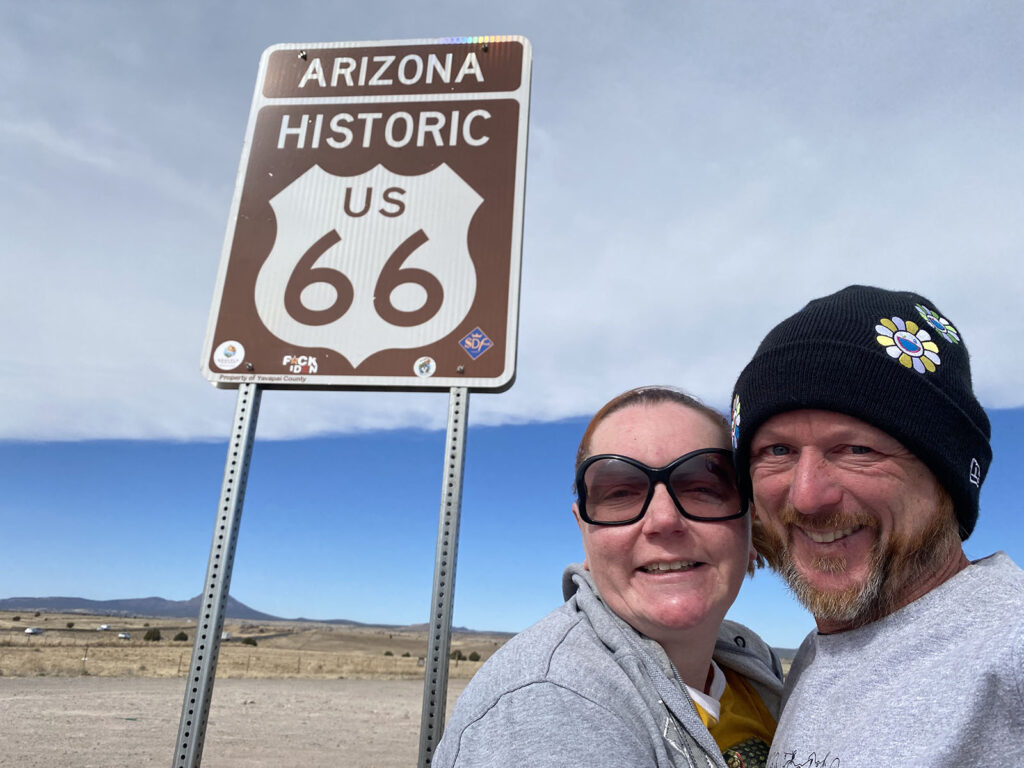 Today was just a long day. Basically, today was a driving day to get from the Grand Canyon to Palm Springs… about a 7 hour haul. But it had to be done.

Me being the early riser though, I was awake before the sun was up, so decided to rug up and leg it to the canyon rim. So while the sun came up, I wandered along the south rim for an hour or so, watching the sun start to bring shadow and then colour into the canyon walls. 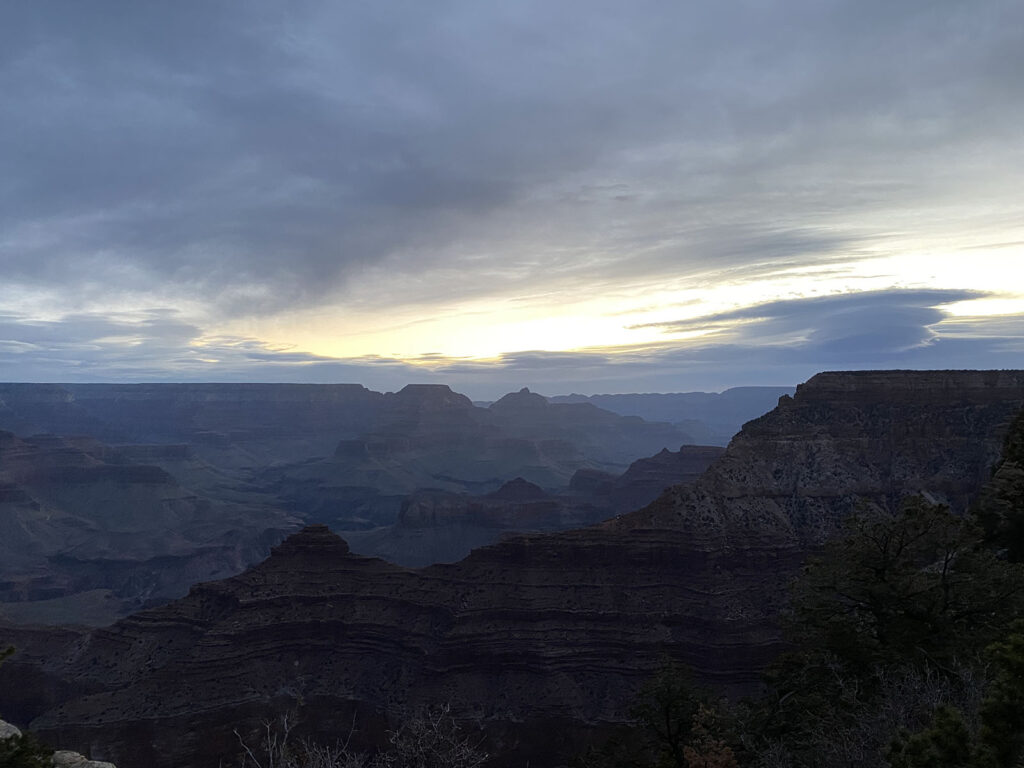 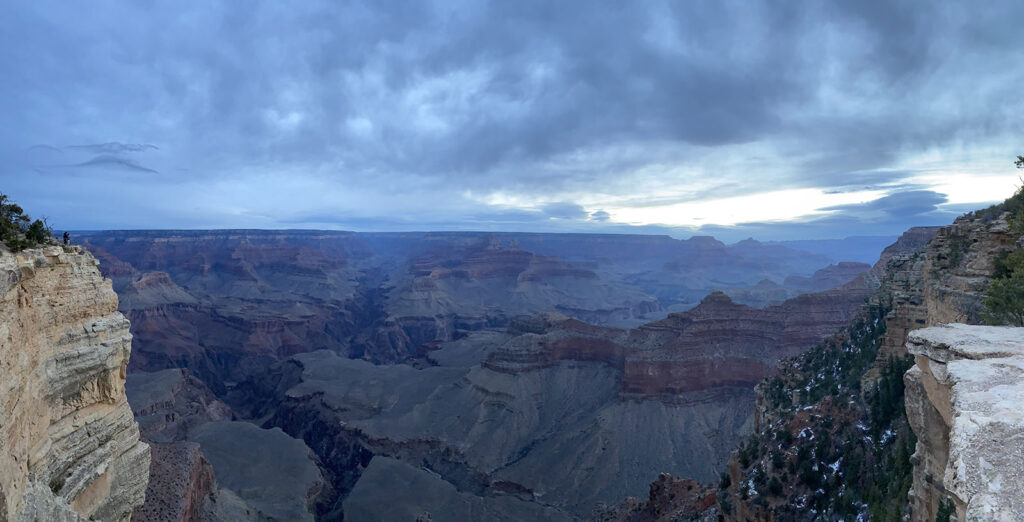 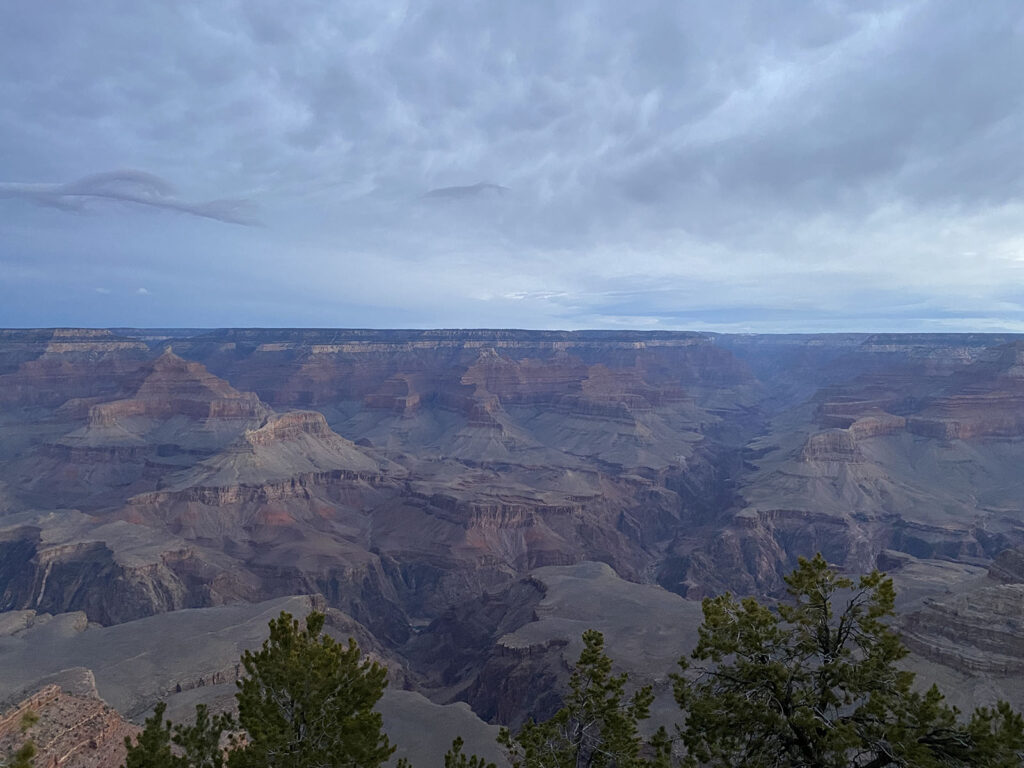 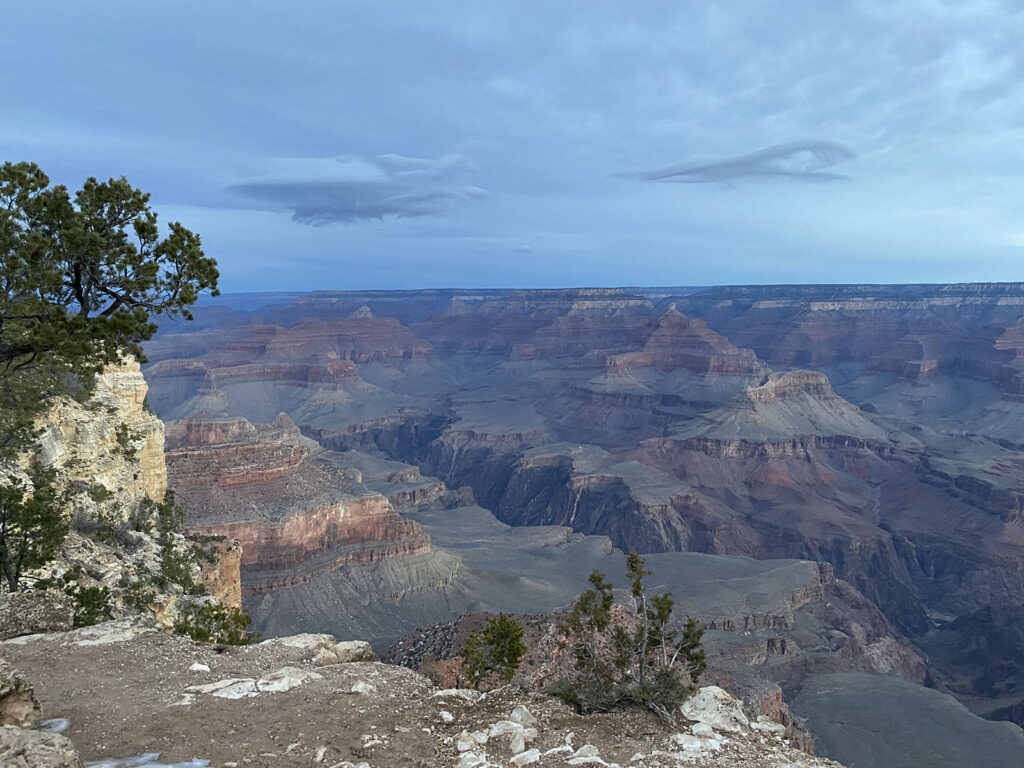 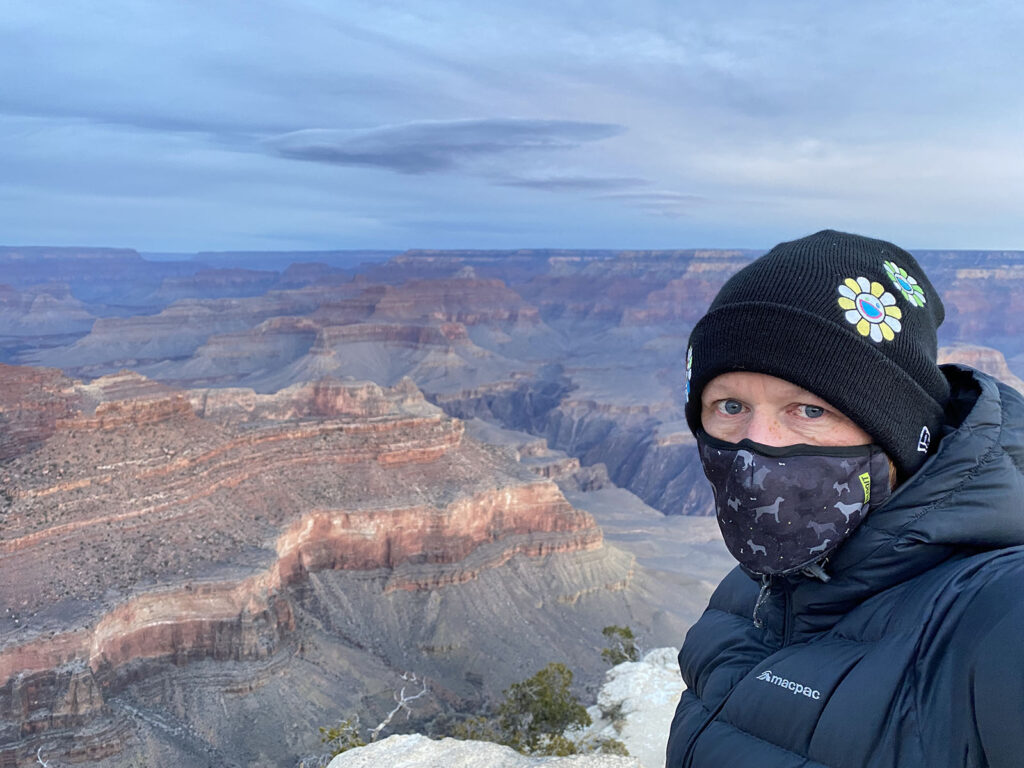 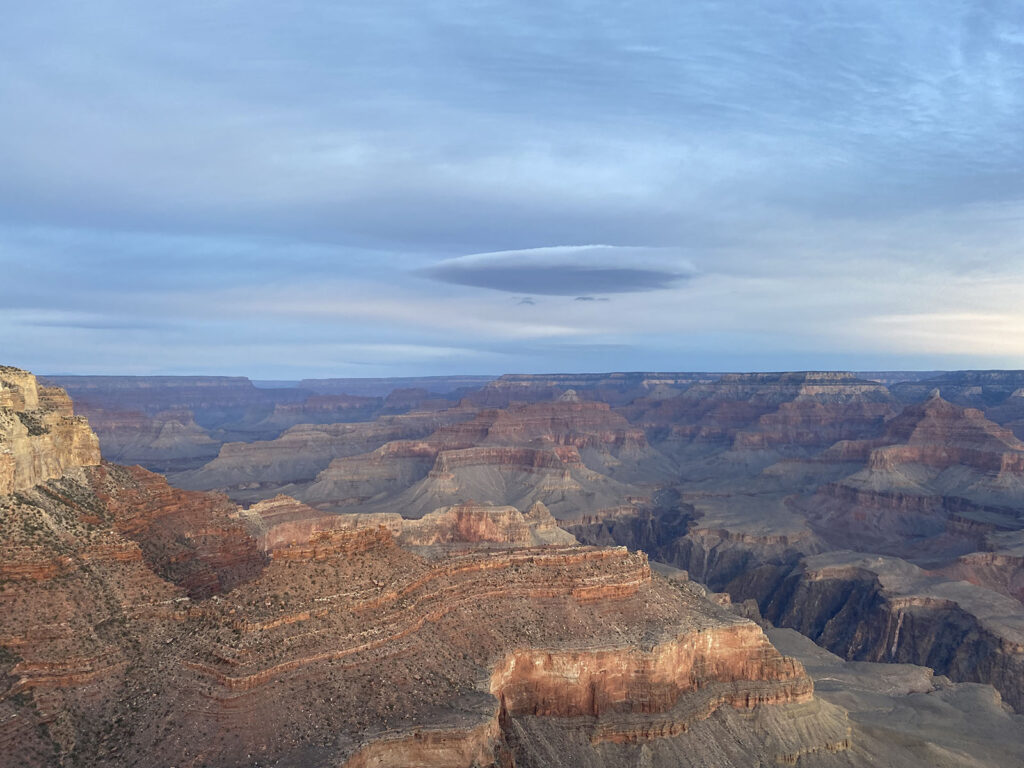 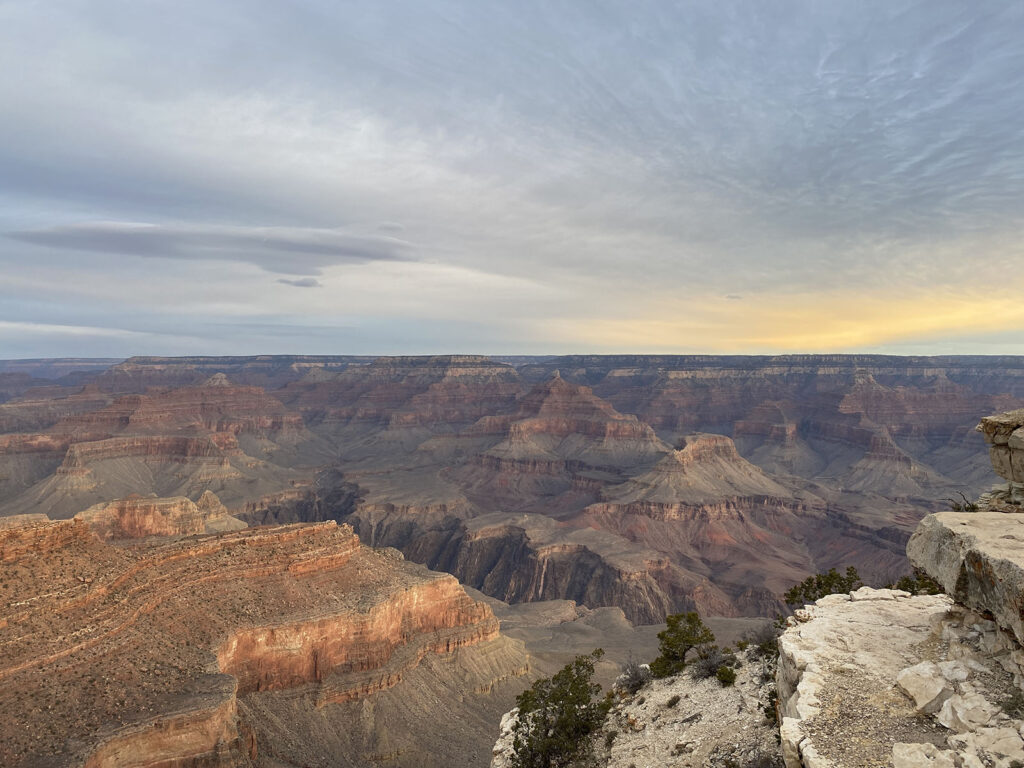 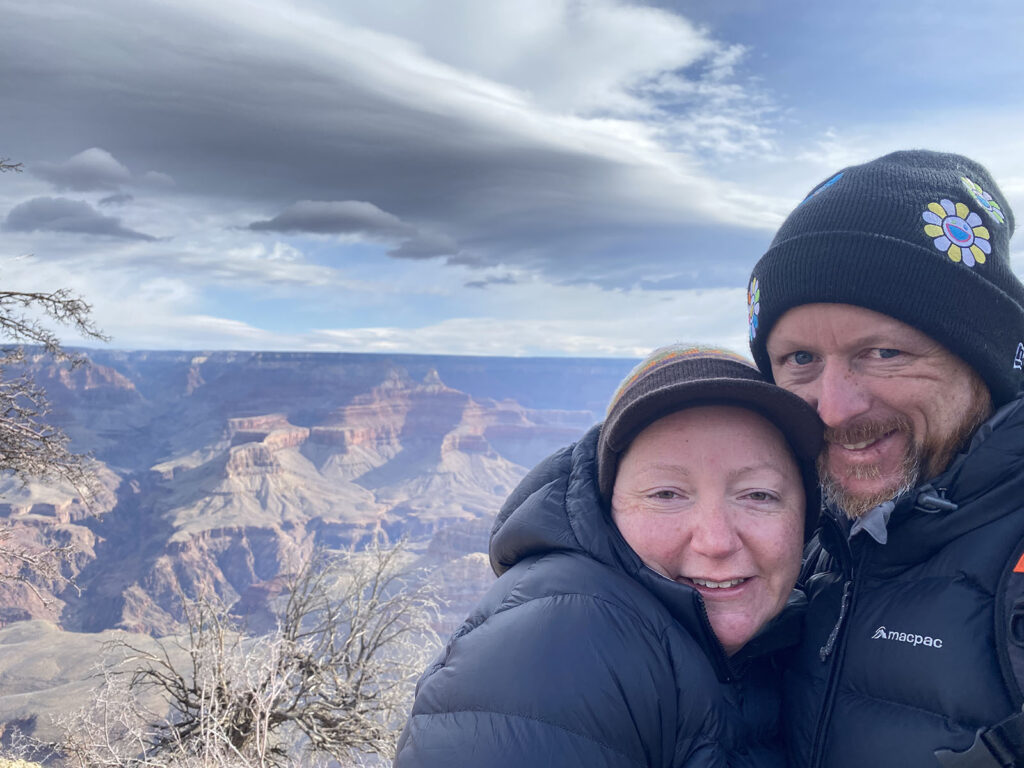 I got back to the room where I warmed up and we got ourselves organised to hit the road. We stopped by another spot on the rim for some final morning photos and then got at it.

So there is not much to report from this day. 7 hours is a lot of driving. One of the highlights is that we got on to some historic parts of Route 66. In fact, one town that we stopped in was Seligman AZ, which is noted as being a main inspiration for the Pixar film Cars. Why you ask? Well, when the new highway opened, just near the town, the town went from being a main stop for people to being bypassed completely. 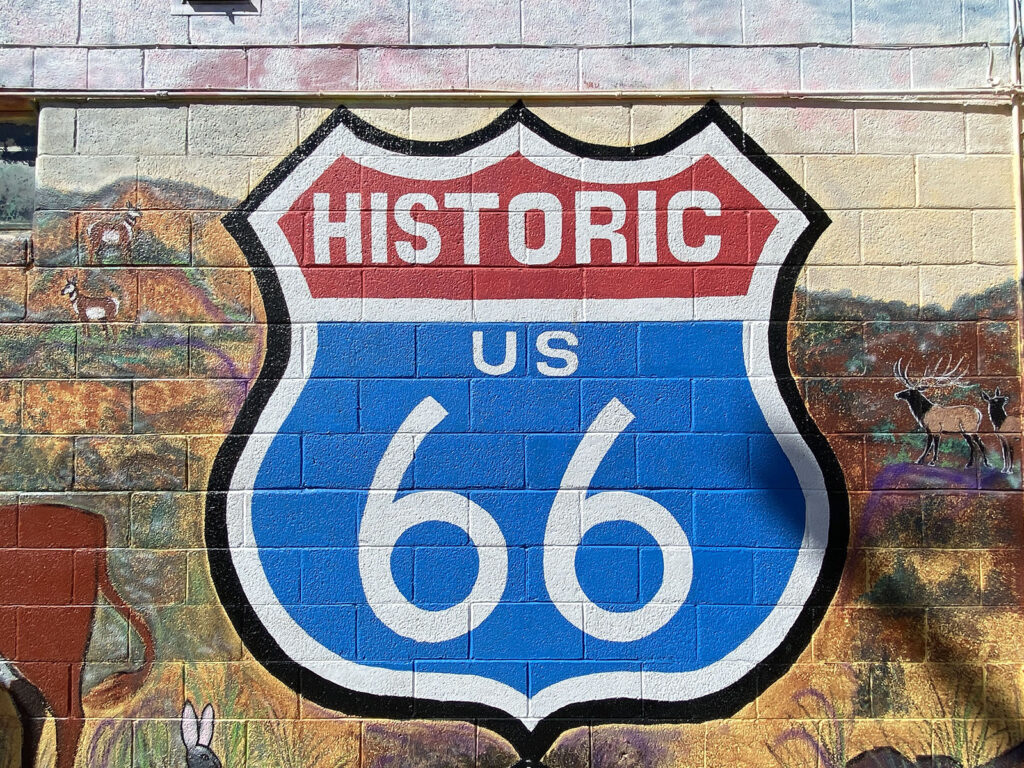 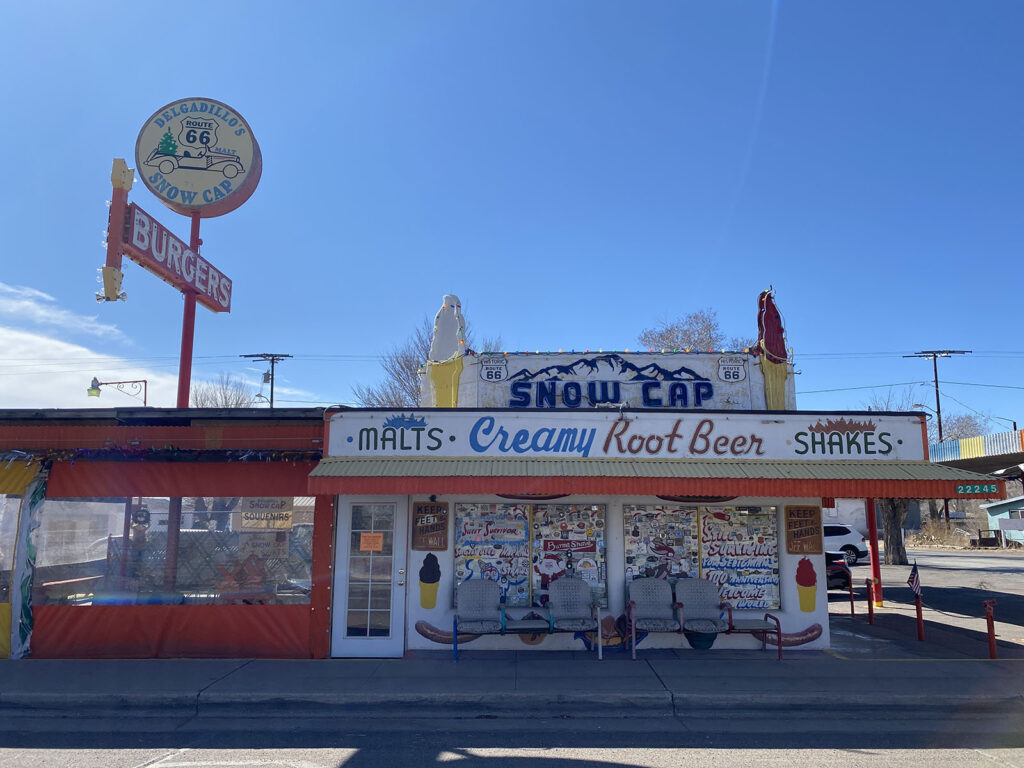 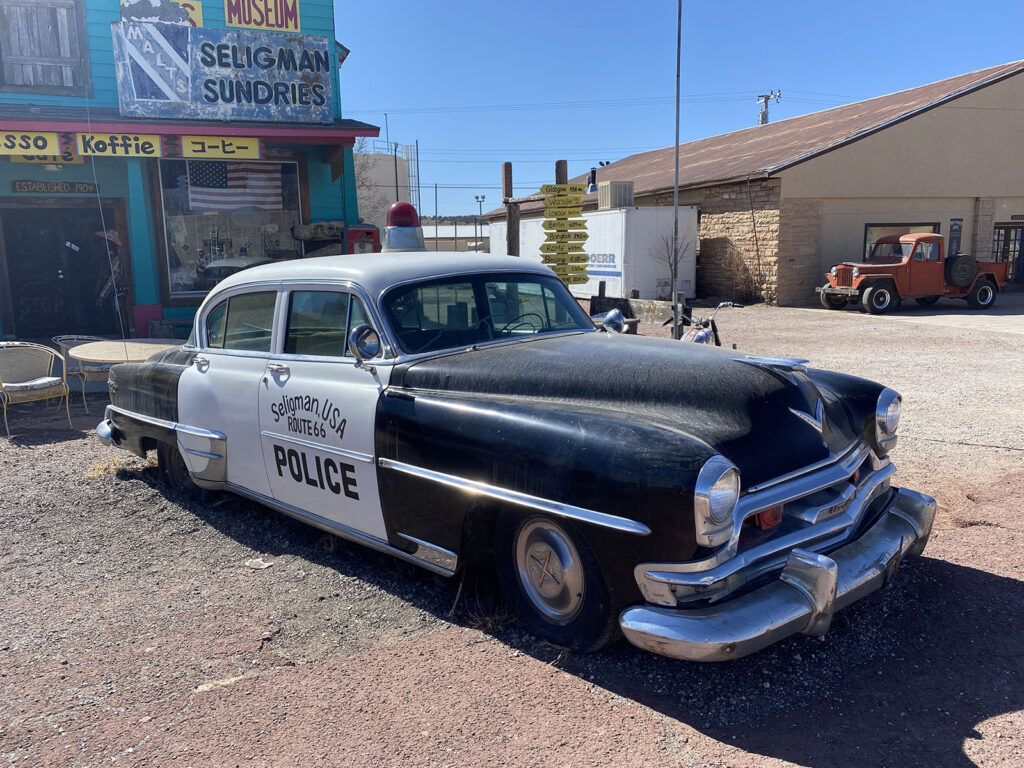 The main street of the town indeed had some elements of Radiator Springs from the film Cars… the diner, the old school motel. We were actually planning to have an early lunch at the (in)famous diner, however sadly it was closed for the month and not to reopen until next week. Oh well, we tried to do our bit for the town. 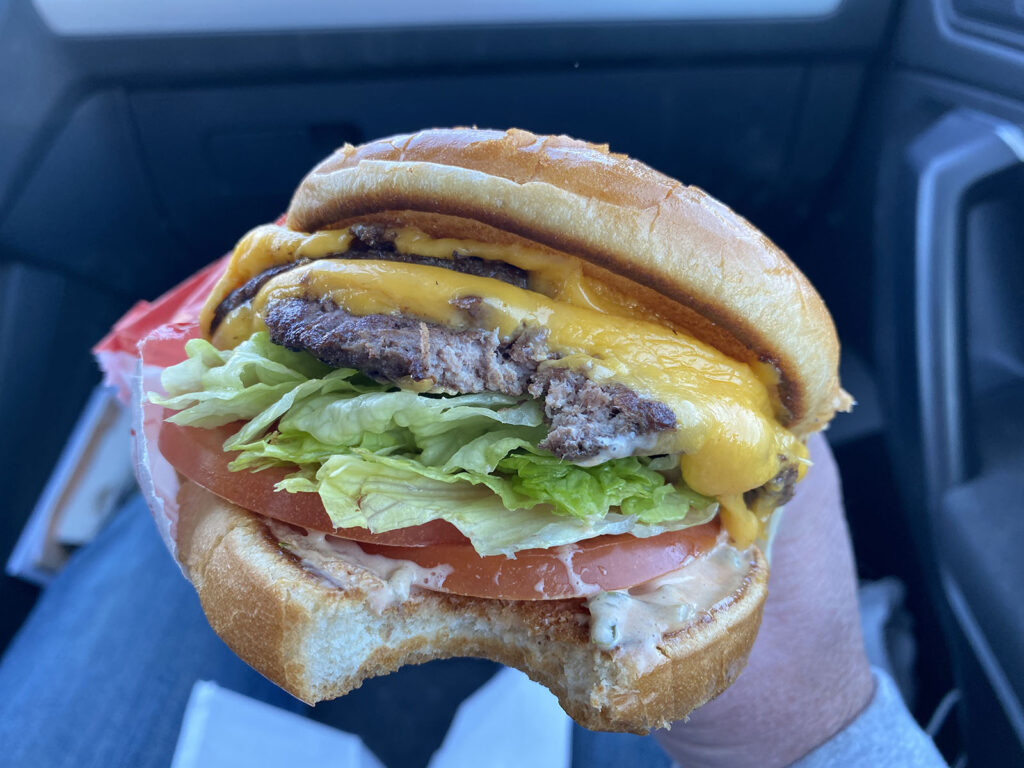 So after a bit of getting our kicks on Route 66, we got back on the main road and headed on. Given the diner was closed, I was very happy to find a highway-side In-n-Out Burger joint which I gotta say… I am so going to miss these burgers when we head home 🙁 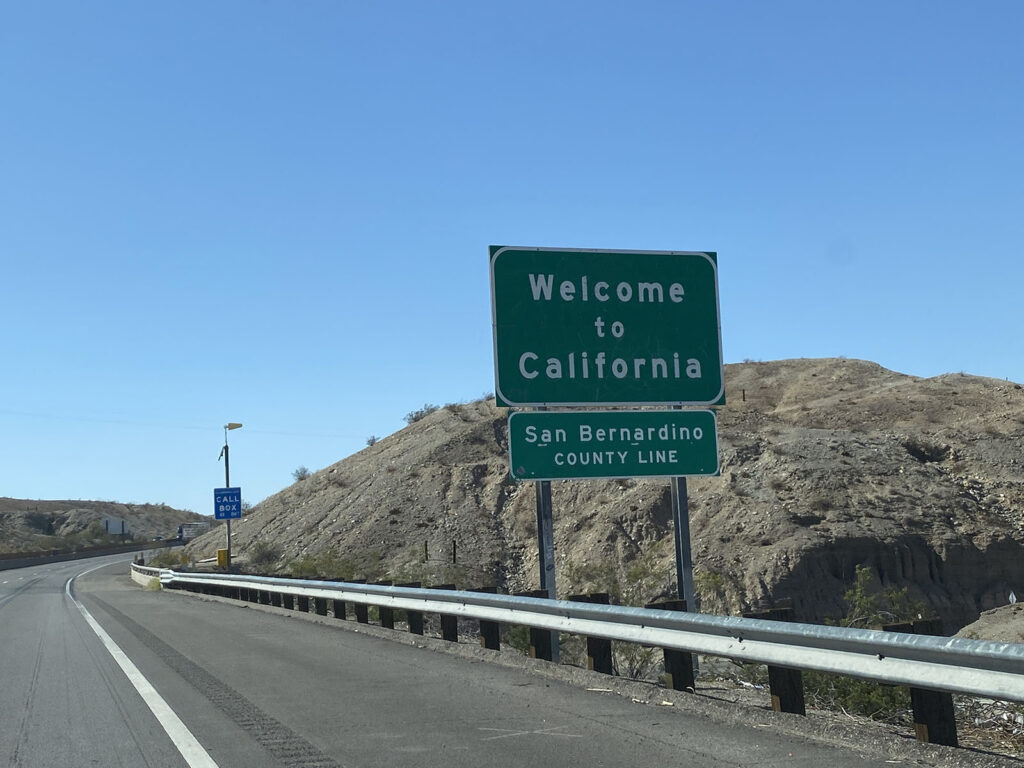 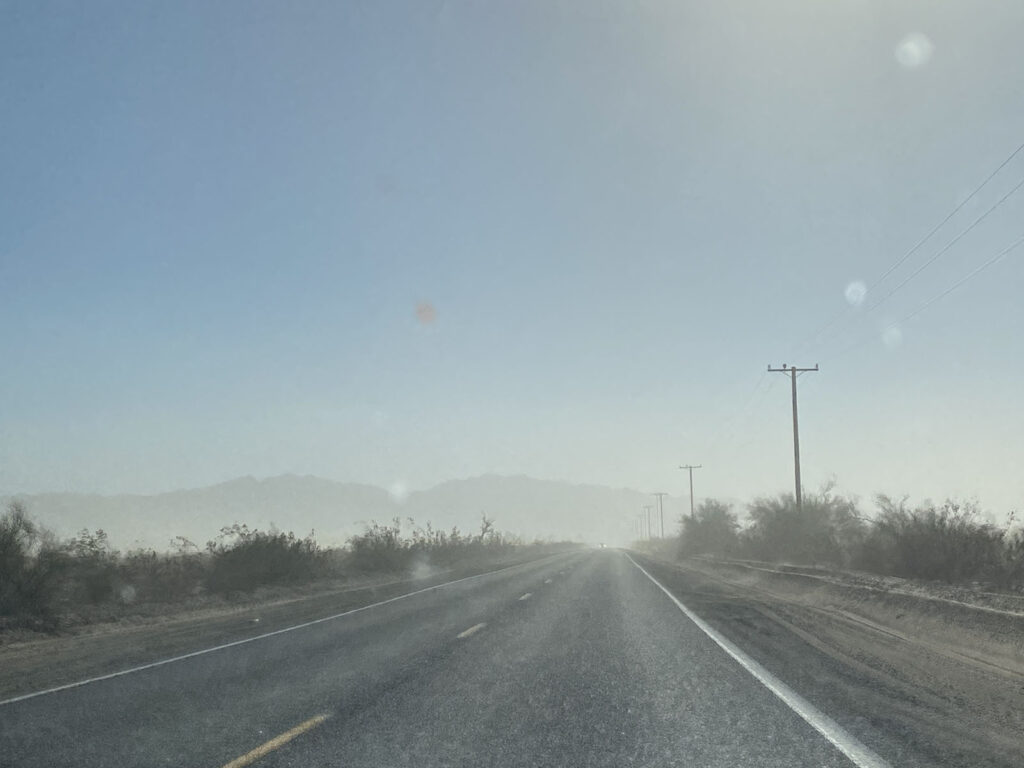 This was by far our toughest day of driving. Not only the time spent on the road, but also this part of Arizona was not really the most picturesque scenery we had seen, nor was the part of California that we ventured in to.

The other thing was that it was windy. Not windy, it was WINDY. Relentlessly so. But we soldiered on and by about 4:30pm we arrived into Palm Springs.

We grew fond of Palm Springs on a previous visit so were keen to unwind here for a few days. Our hotel was a charming Spanish-style building kept in quite original condition. After checking we went for a walk downtown to stretch the legs and have a cheeky beer to unwind. 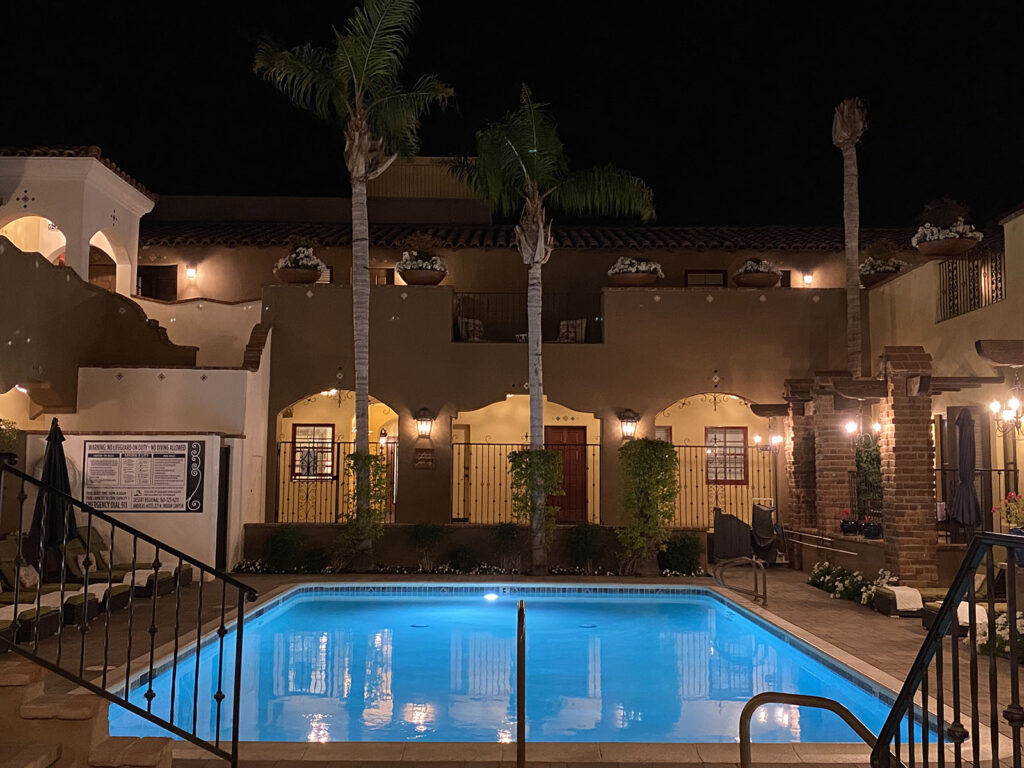 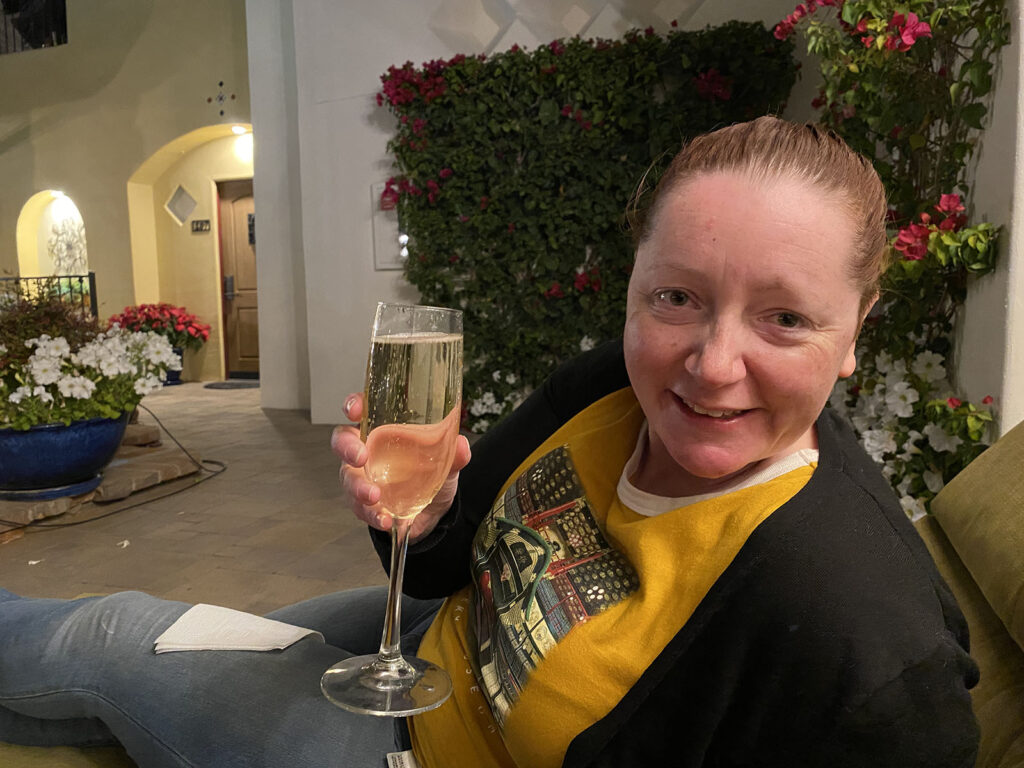 When we got back to the hotel we were greeted with a couple of glasses of champers to celebrate Kate’s birthday, and then it was time to relax.