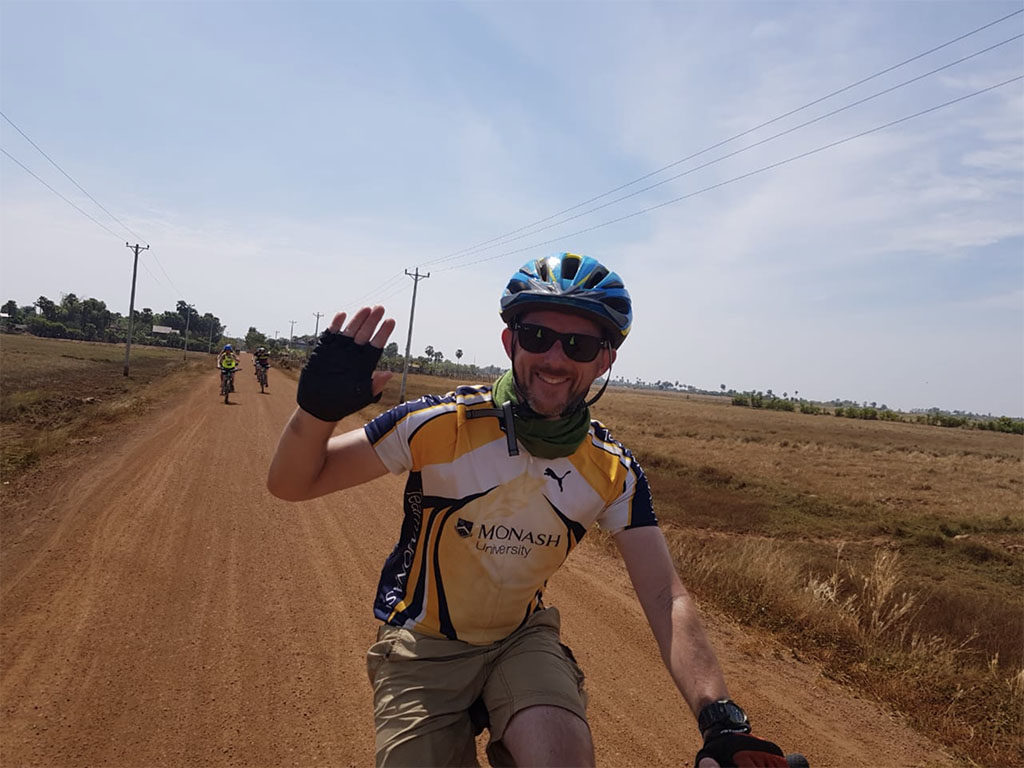 Today was quite a different day. We were going to be based in Siem Reap for the next few days, so it was about a little bit of cycling, stopping to look at something, repeat. 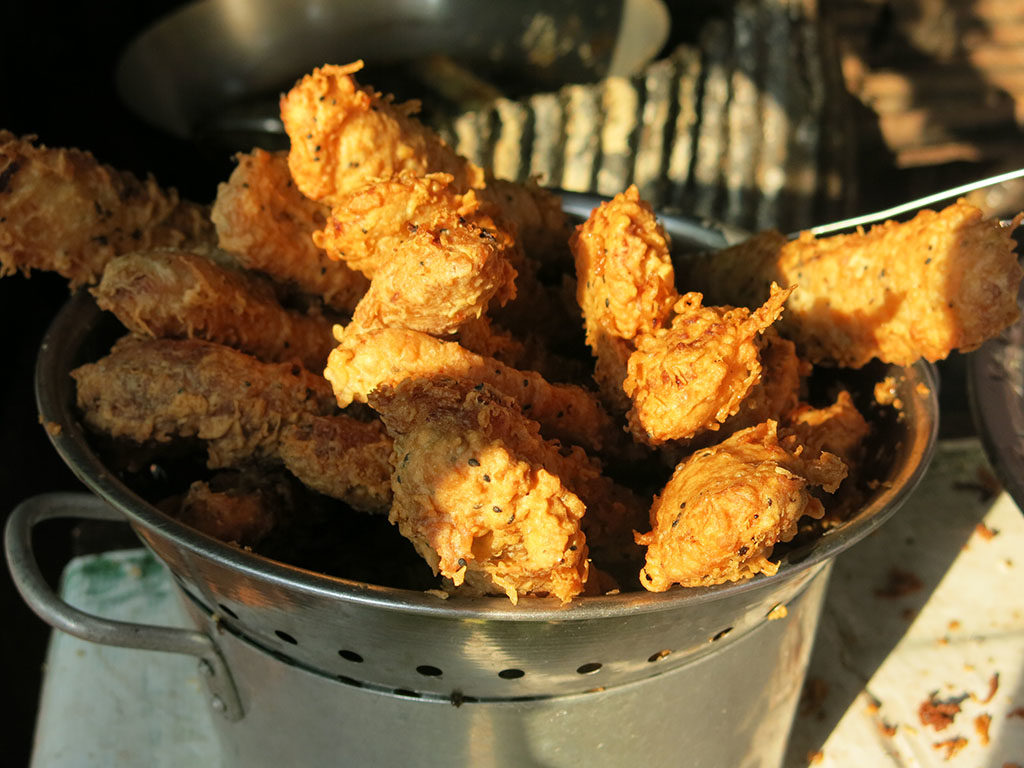 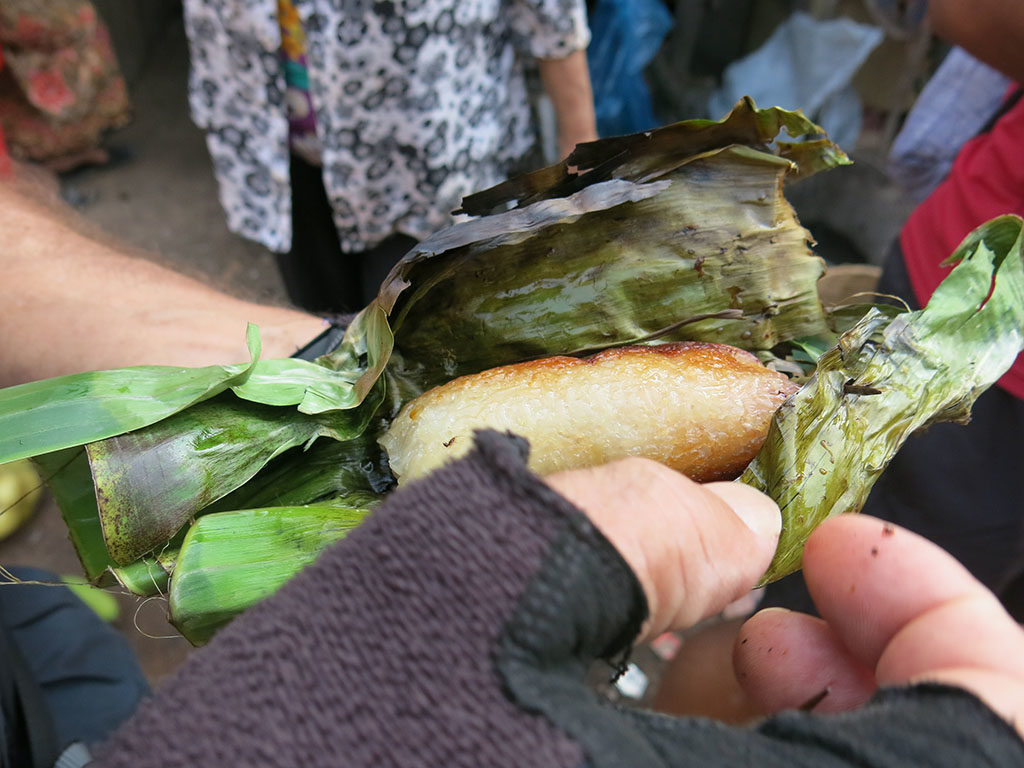 We got out of the centre of Siem Reap quite quickly, making our way through rice fields and lots of veggies. In no time we found ourselves in a local market, where not only were there lots of things to buy, but lots of food to eat too! We first of all jumped on to the waffles and the group couldn’t get enough! My favourites were the fried banana and especially the banana sticky rice. Yum! I could have stayed there all day eating. 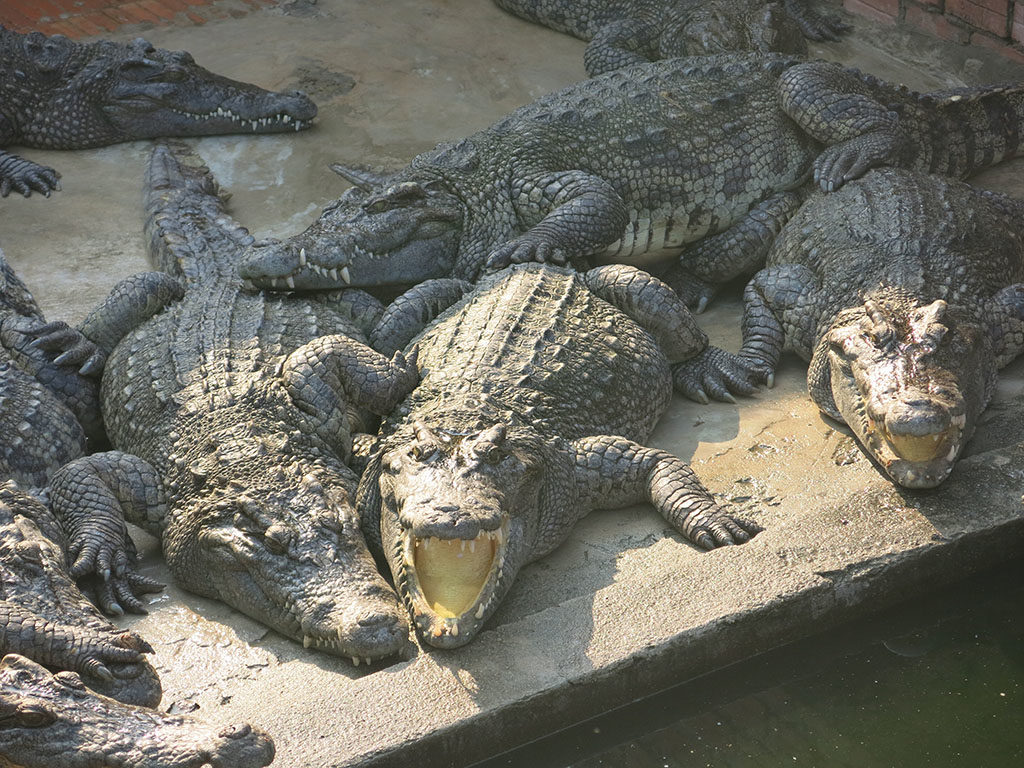 Nearby we popped out head into a crocodile farm and got to see a big bunch of crocodiles just hanging out in the sun. 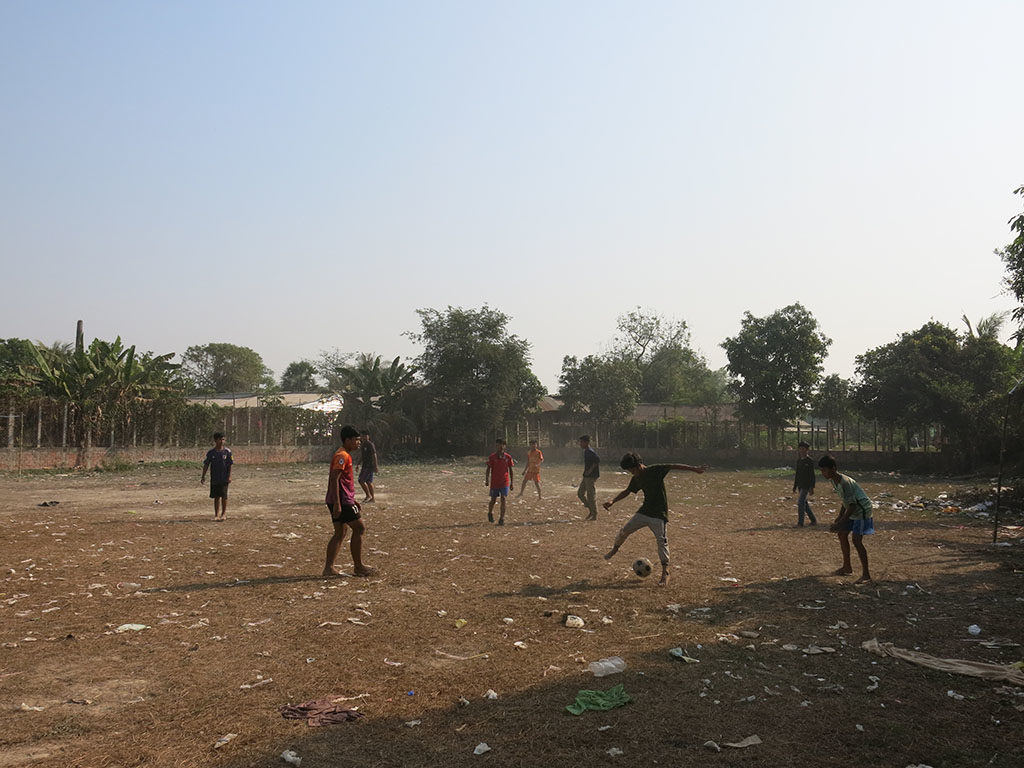 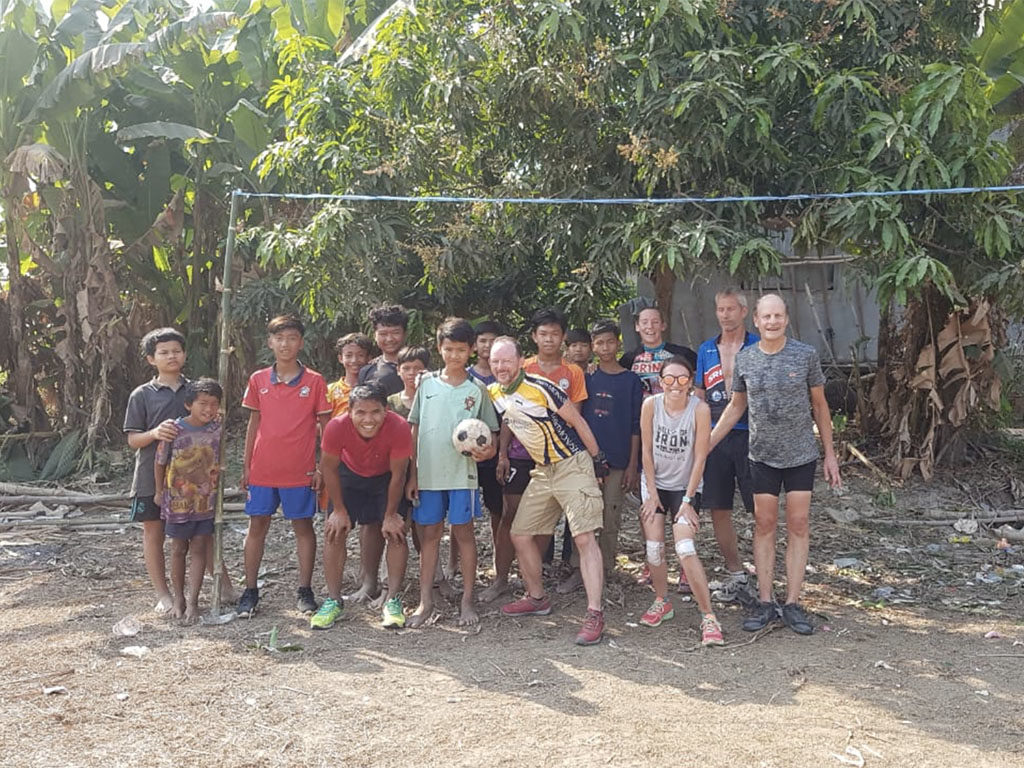 But the best part of the day was just around the corner, and completely unplanned. As we were riding we saw a bunch of local kids (early/mid teens) playing football in a dusty field. Cham stopped and asked “so is anyone up for playing?!”. A bunch of us were super keen, so a match of G Adventures United versus Siem Reap FC was born! We took to the field in our cycling gear and in no time were running up and down. It was a really tight match and we ended up playing for close to half an hour in the heat! It was SO much fun! In the end we went down 2-1, but that gives you an idea of how intense and close it was. It really was a highlight of the trip 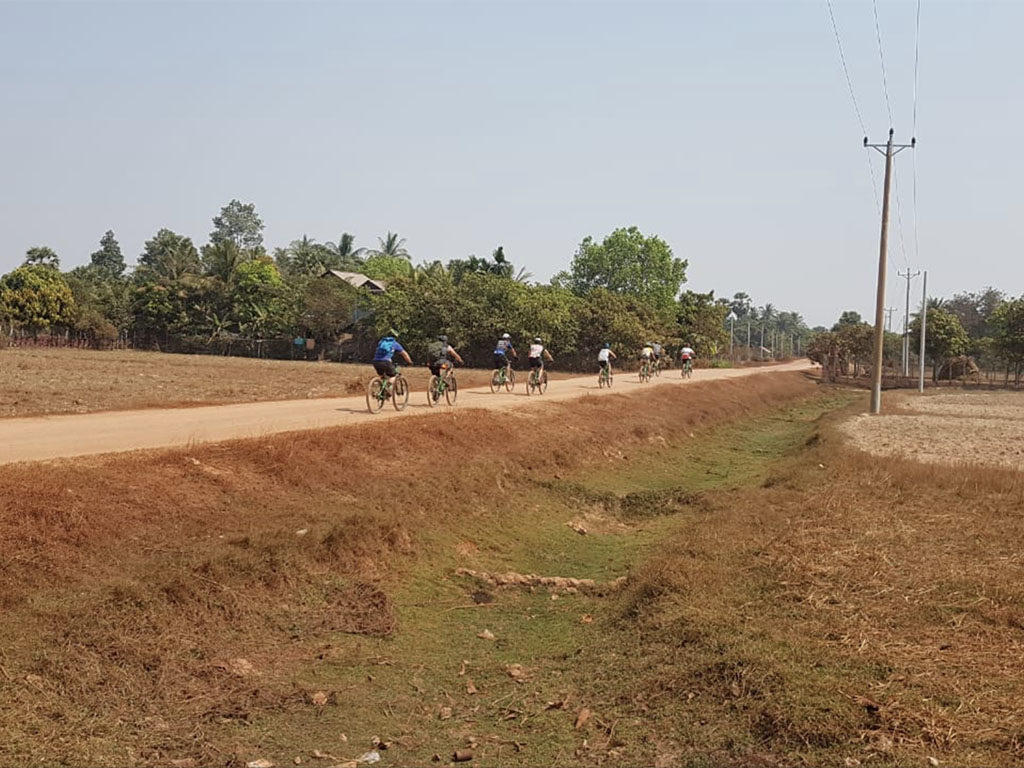 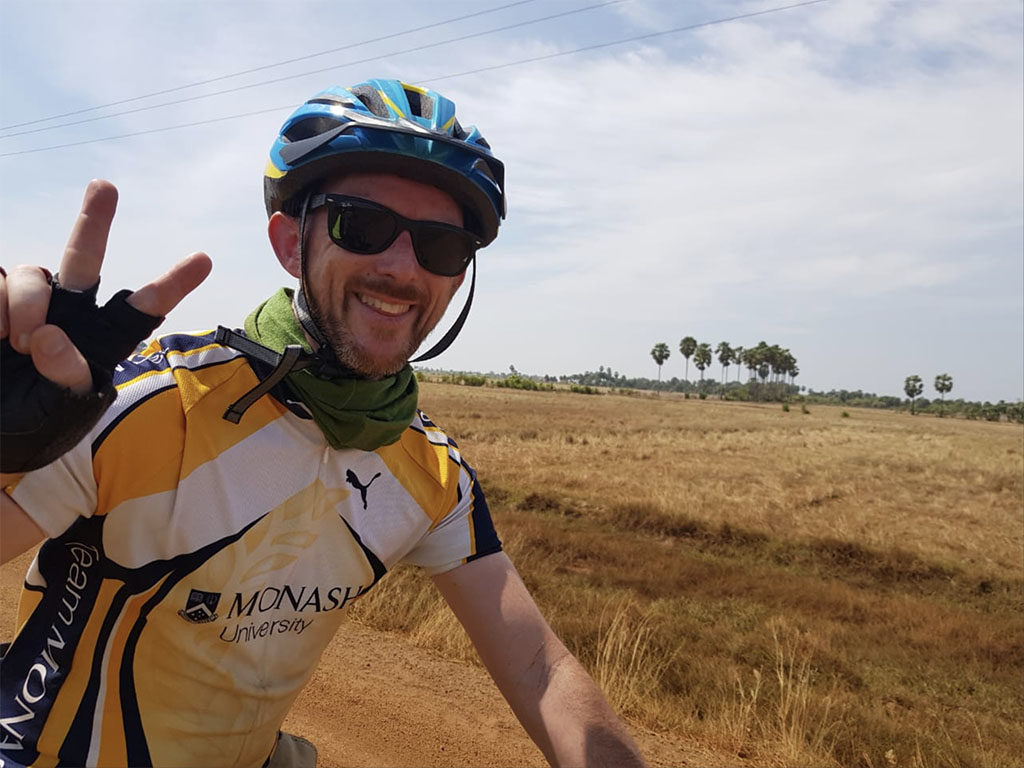 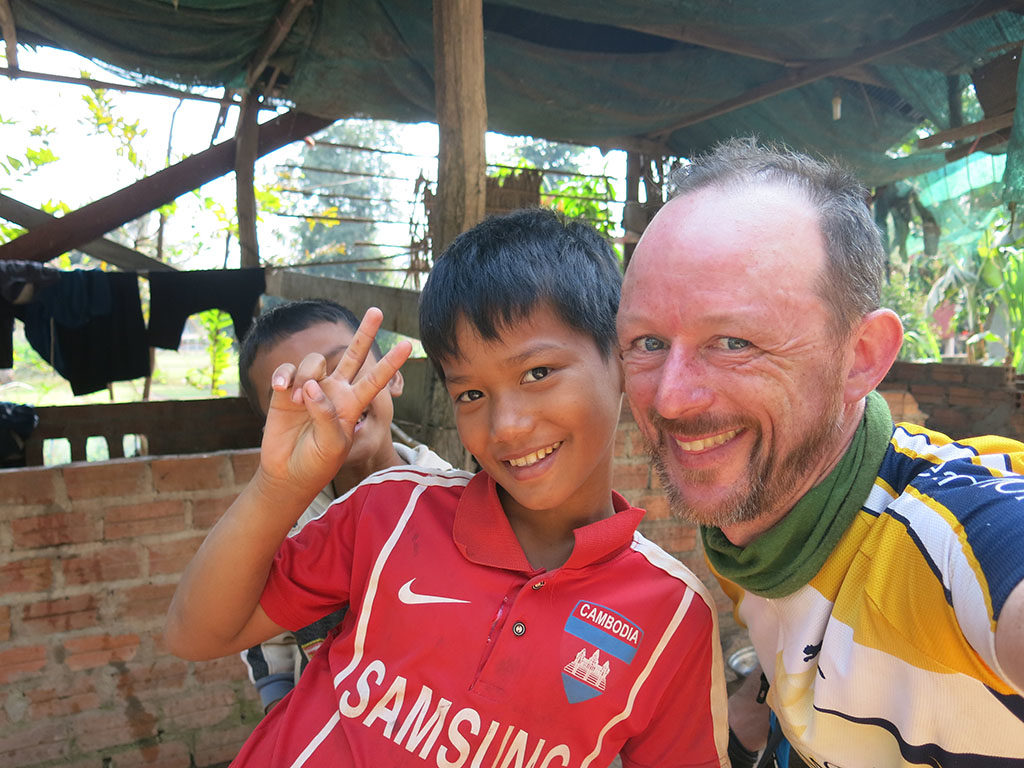 We kept riding until we arrived at lunch. I had some form of Siem Reap soup which was nice to fill the belly before having a little relax in the abundant hammocks. 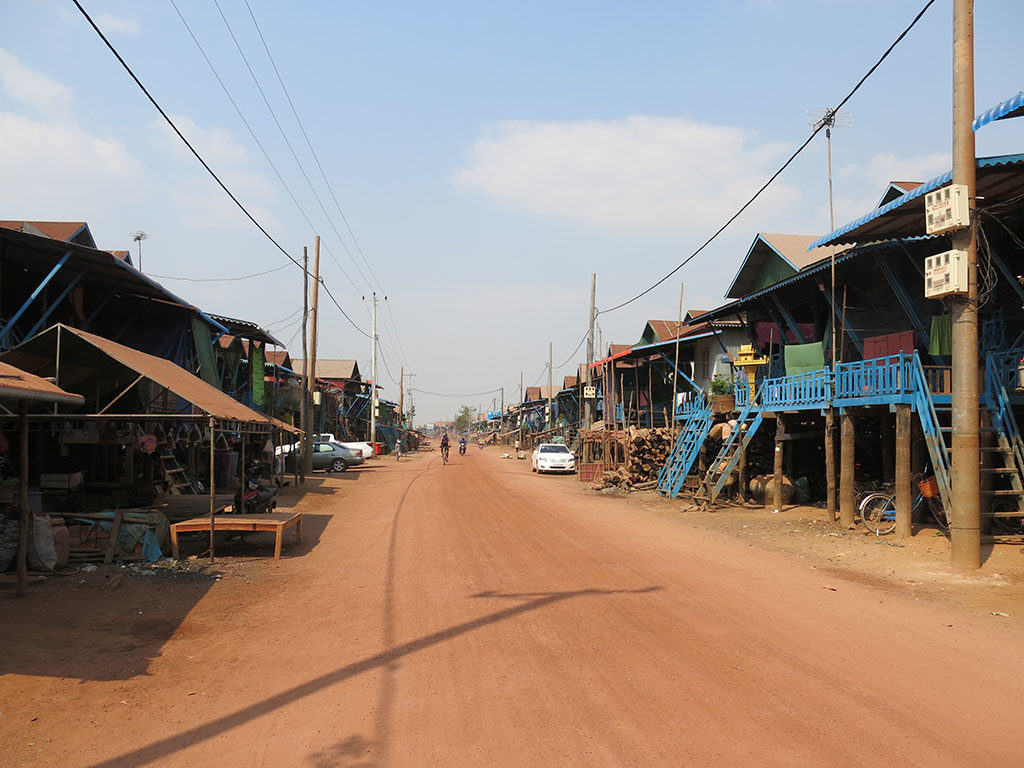 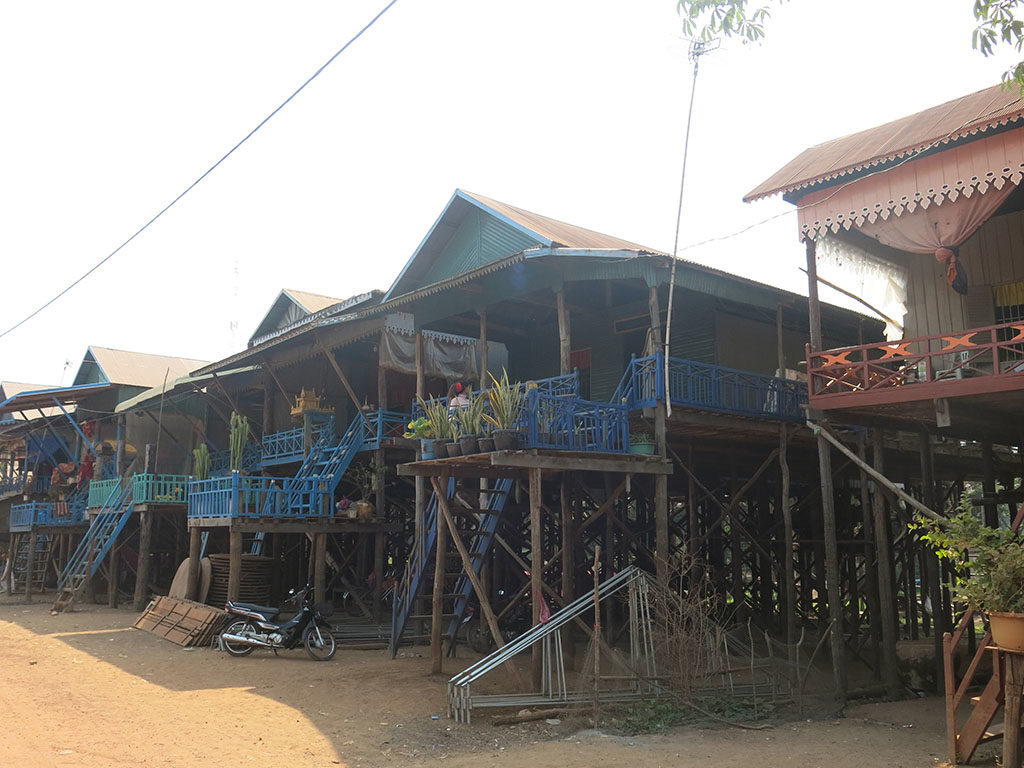 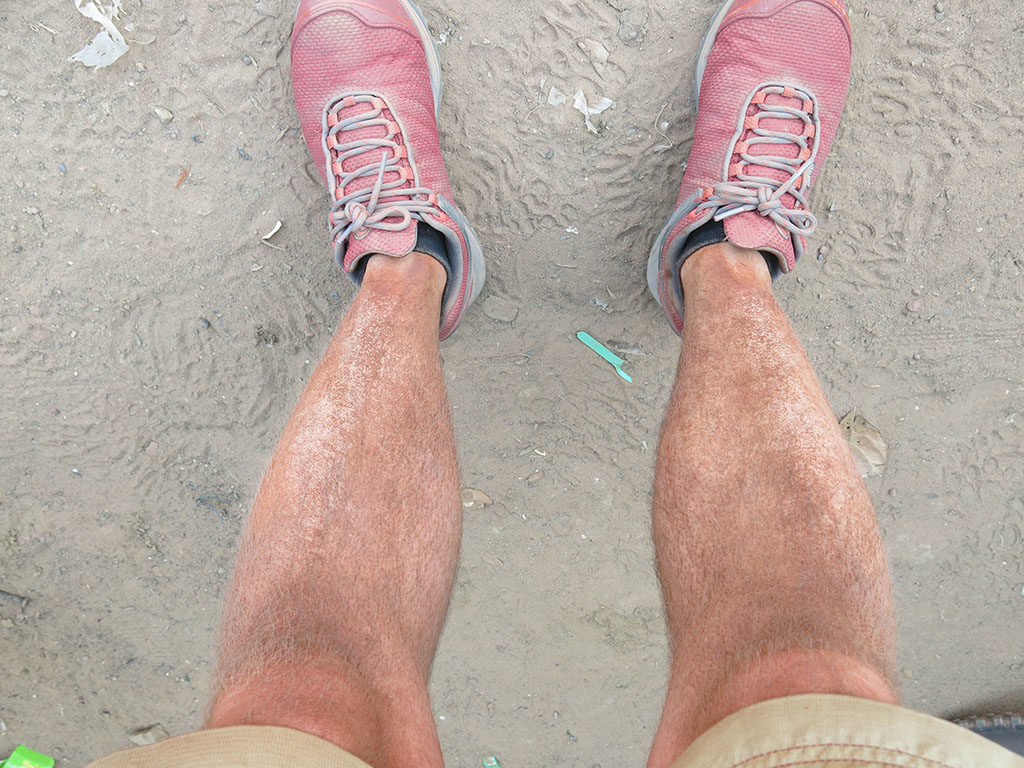 With the legs feeling good, we then rode to the famous stilted village in Tonie Sap lake. Tonie Sap is the largest lake in south east Asia, and also is incredible for how much it changes over the year. It is so much so that all the houses in the area sit on massive stilts to deal with the near 6m of water that arrives in rainy season. So it was fascinating to ride into the village on a dusty trail that at another time of the year we could be many metres under water. We could see the water mark on the stilts of the houses and it was incredible to think that for half the year bikes are replaced by boats as the necessary transport. 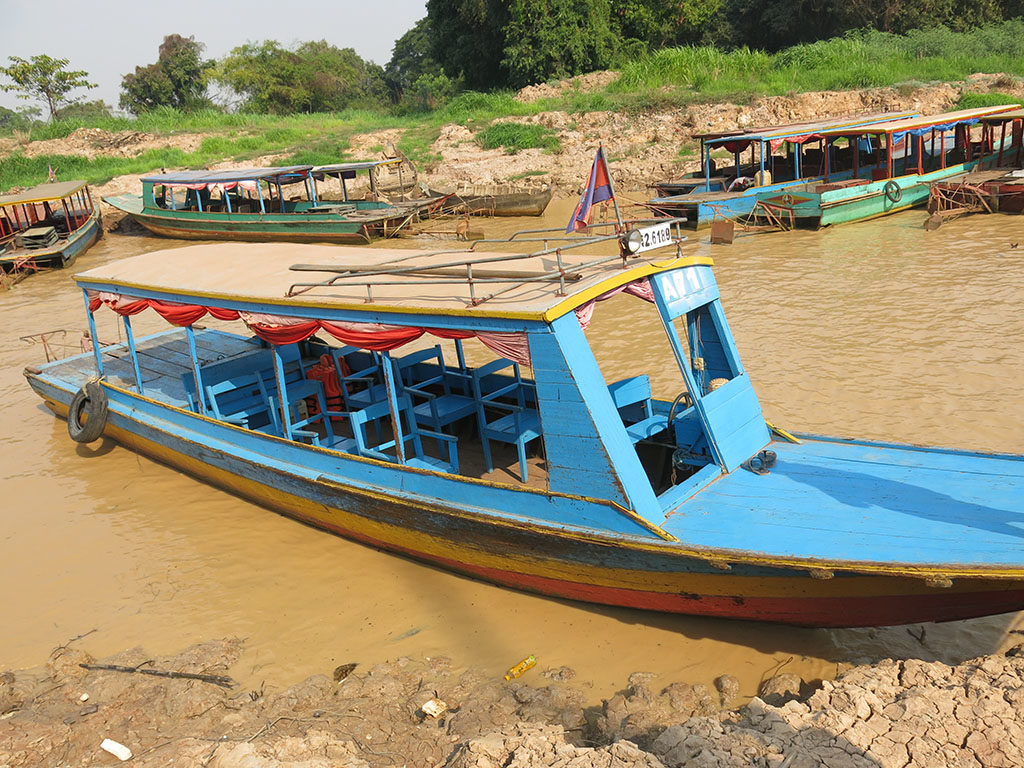 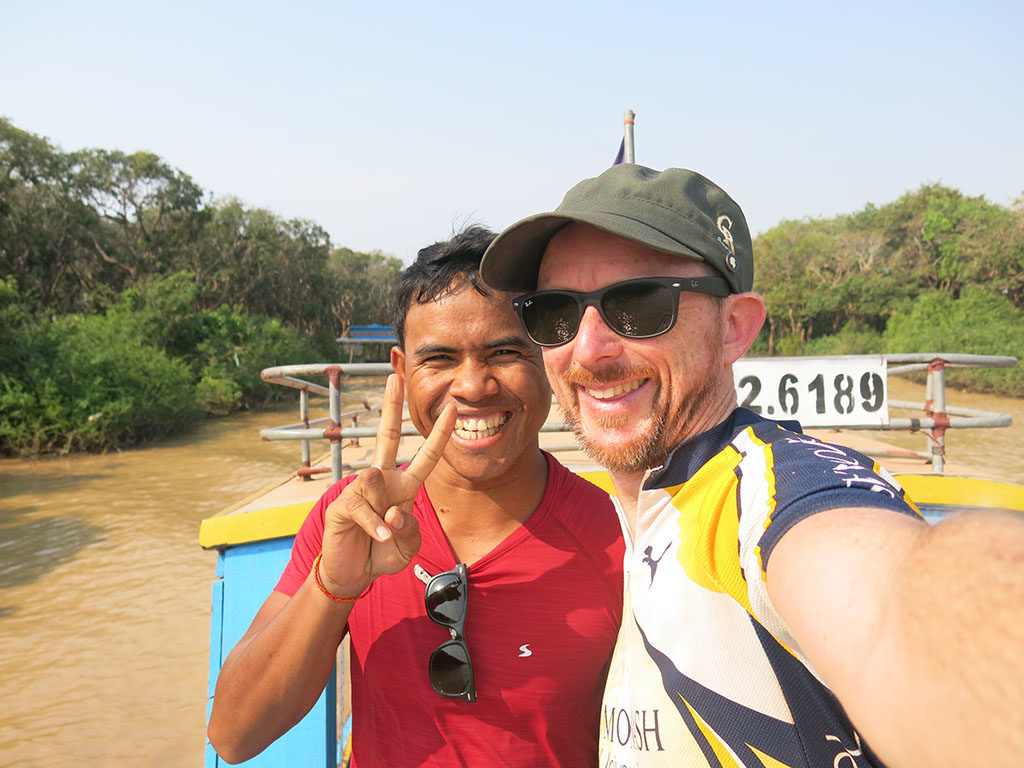 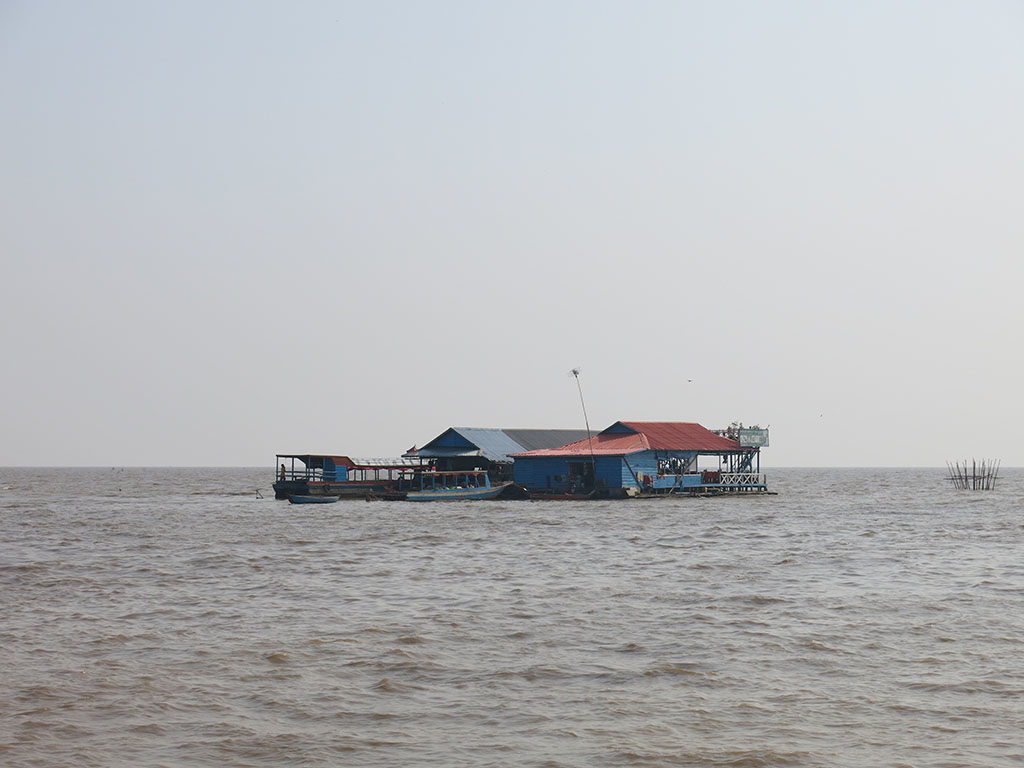 Even though it was low season, the lake was still quite plentiful and there were several floating restaurants out there in the lake. We jumped on a boat and made our way out to look. I imagine in high season the immense water with villages within would be amazing. As it was it was cool to see but more a curiosity than anything, seeing houses on large stilts and the odd restaurant out in the water.

We rode back a little ways before taking our bus back to Siem Reap. We had a quick change of hotels to do due to a mix up (moving to a much nicer one!) and then had time to relax before dinner at a cheap local. 50 cent beers! Yes! I had a good simple meal of spring rolls and rice curry.

The usual crew went out exploring Siem Reap and discovered as craft beer bar which was great. Beers were a little more expensive, but was nice to have a full flavoured beer! We enjoyed a couple and then head to bed for a very early morning.