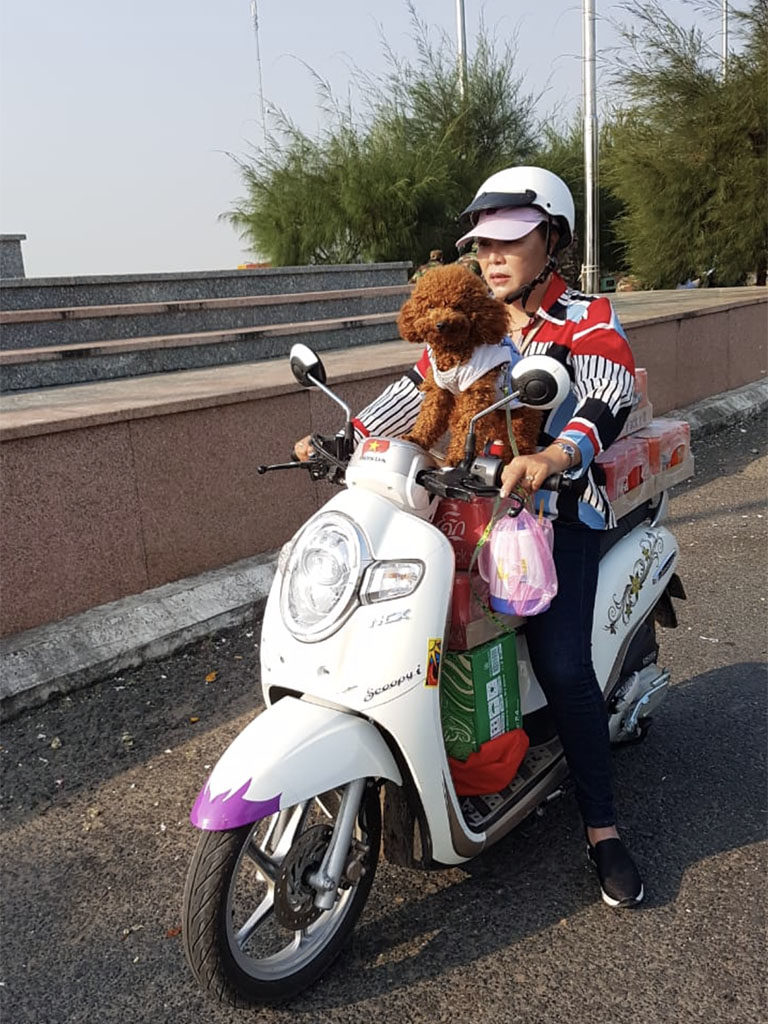 No cycling today. Today was all about leaving Vietnam and making our way into Cambodia. That involved saying good bye to our Vietnam bikes, taking our bus to the border, walking over (and all the complicated things that happen in the middle) and then a bus on the other side to Phnom Penh.

The border crossing was a typical fairly straight forward, if slightly complicated land crossing, not unlike Central America. We got the Vietnam border, and of course a small fee would allow us to get over a bit more quickly! 2000 dong (so about 15 cents!) and we were out the other side. Overall the Vietnamese eVisa had been nice and straight forward and made travel super easy.

From there we were in no mans land of sorts! We had exited Vietnam but not yet gone into Cambodia. Cambodia was going to require a slightly more formal visa, but knew about it. They too have an eVisa system, but only going into the major air arrival locations. So this had to be done at the border. It was a bit more of a convoluted process, but it involved an actual in-the-passport visa, so understandable. But it was fairly straight forward all told. $30 USD for the visa (plus a couple of dollars to make it happen more quickly!) and I was officially in! There was also a medical check of sorts that cost 1 USD that was a dude pointing something at my arm and taking a reading (um, OK), but then was god to go.

From there it we got on our new bus to head to Phnom Penh. Instantly things felt different. The people, the landscape, and also the political environment seemed very different. Billboards were everywhere with the current president… something we would see many hundreds of times over the coming days. 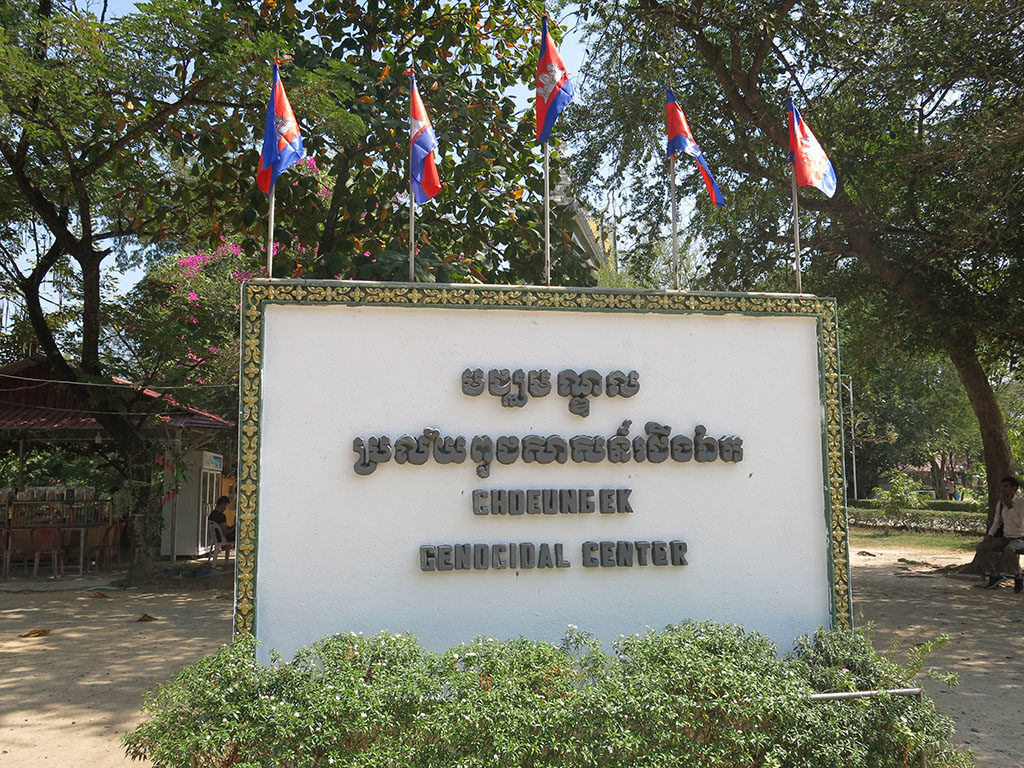 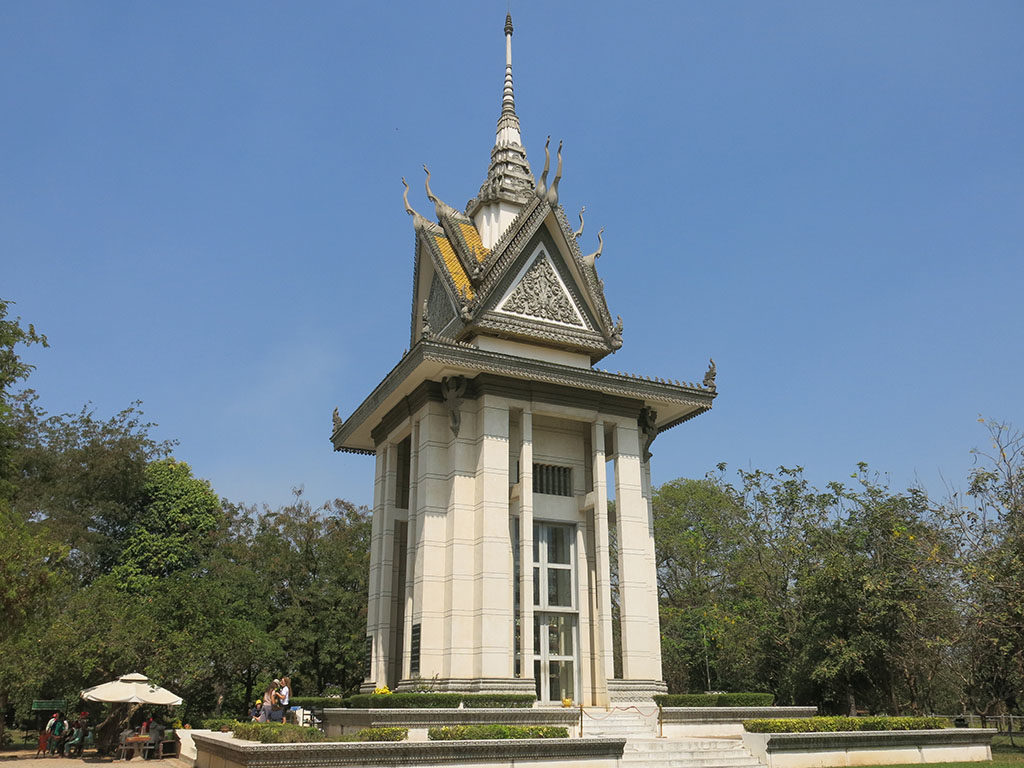 On the way we stopped in at the main site for remembering the atrocities of the recent genocides, known as the Killing Fields. It is mind boggling to think how recent that history is. We had a guide who took us around the site. The centrepiece is a memorial filled with skulls, that is both haunting and confronting, but not sensationalist. Quite a heavy place to visit but worthwhile. 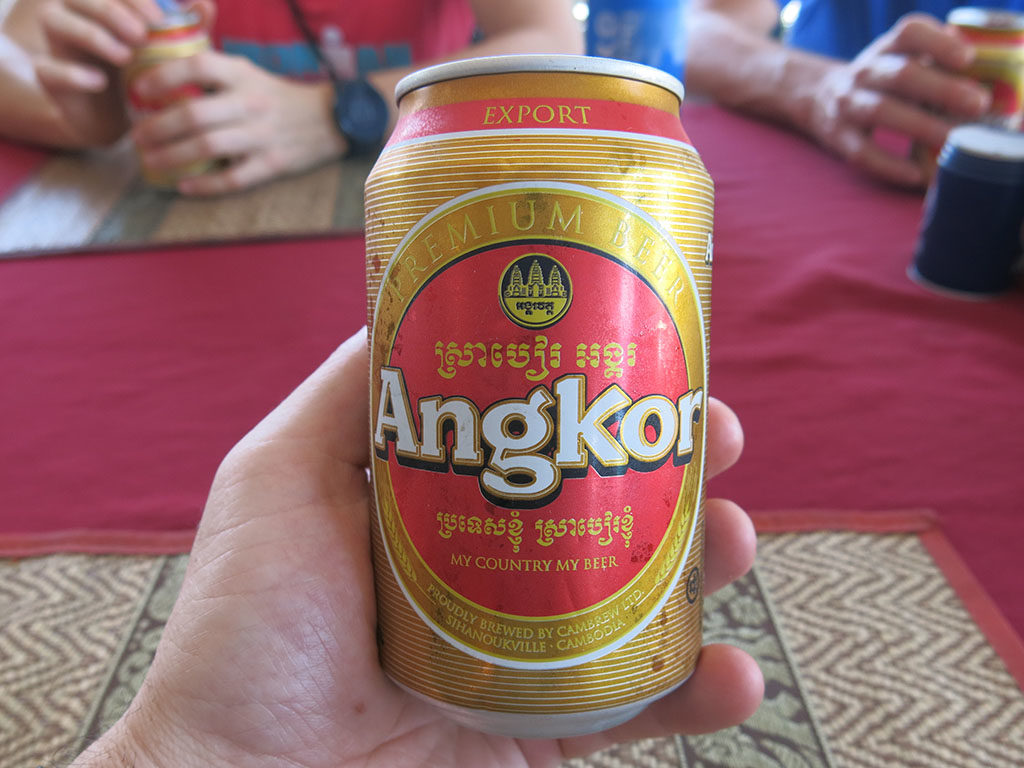 After our first Cambodian lunch (and Cambodian beer!) we headed into the city. 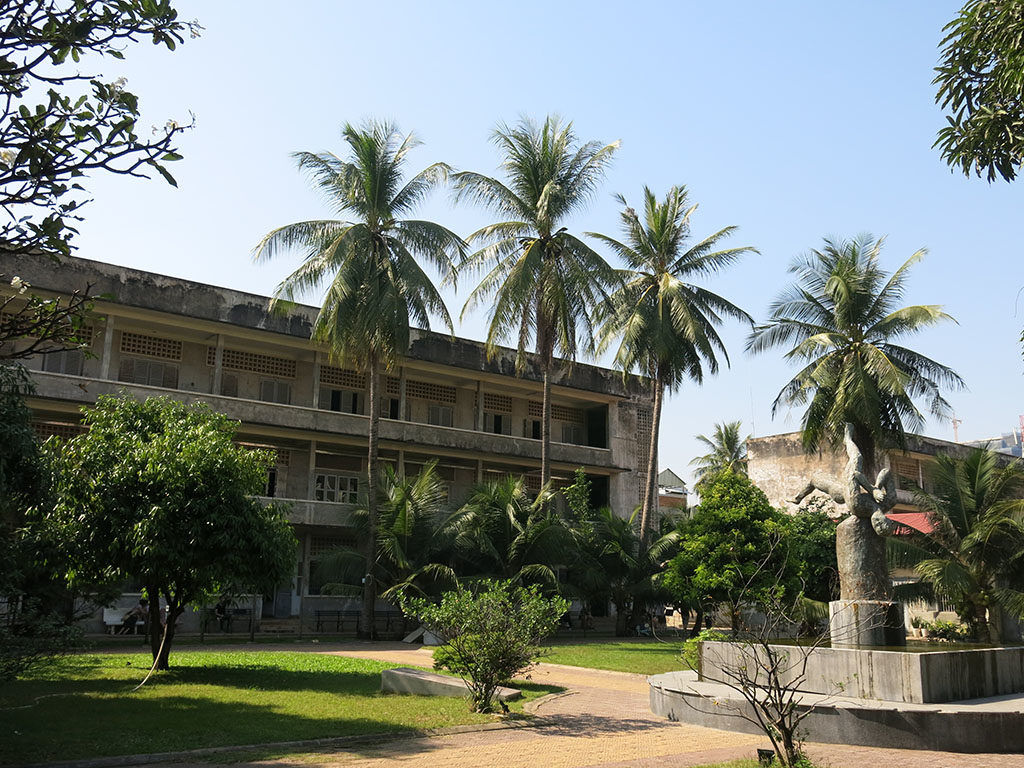 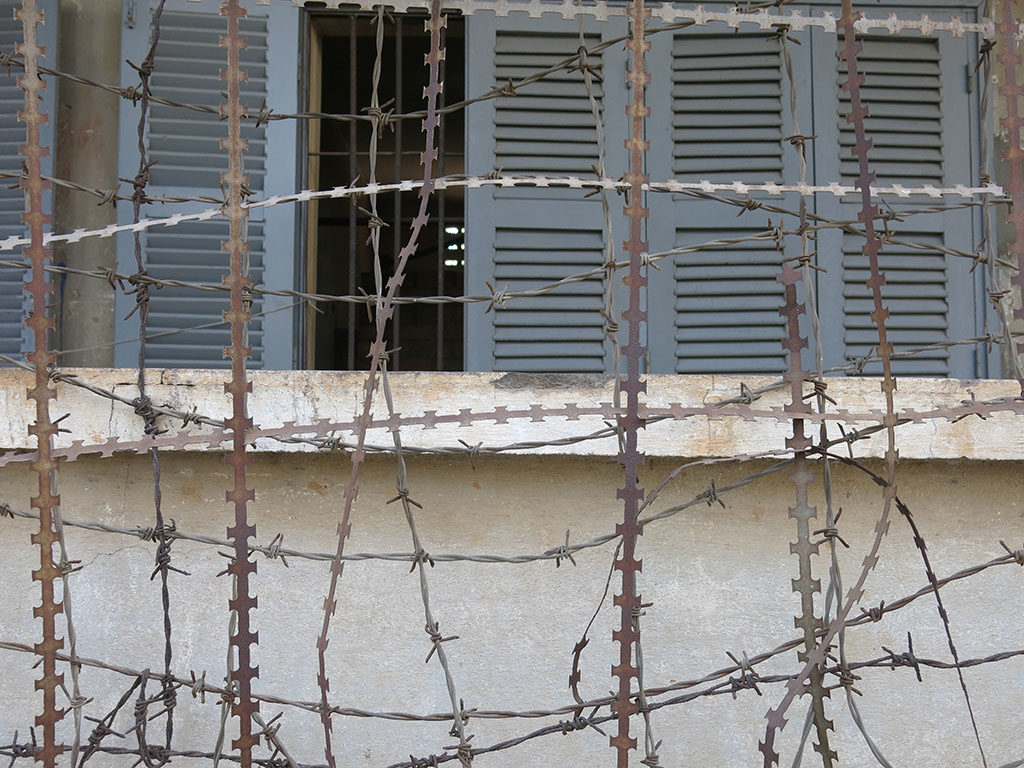 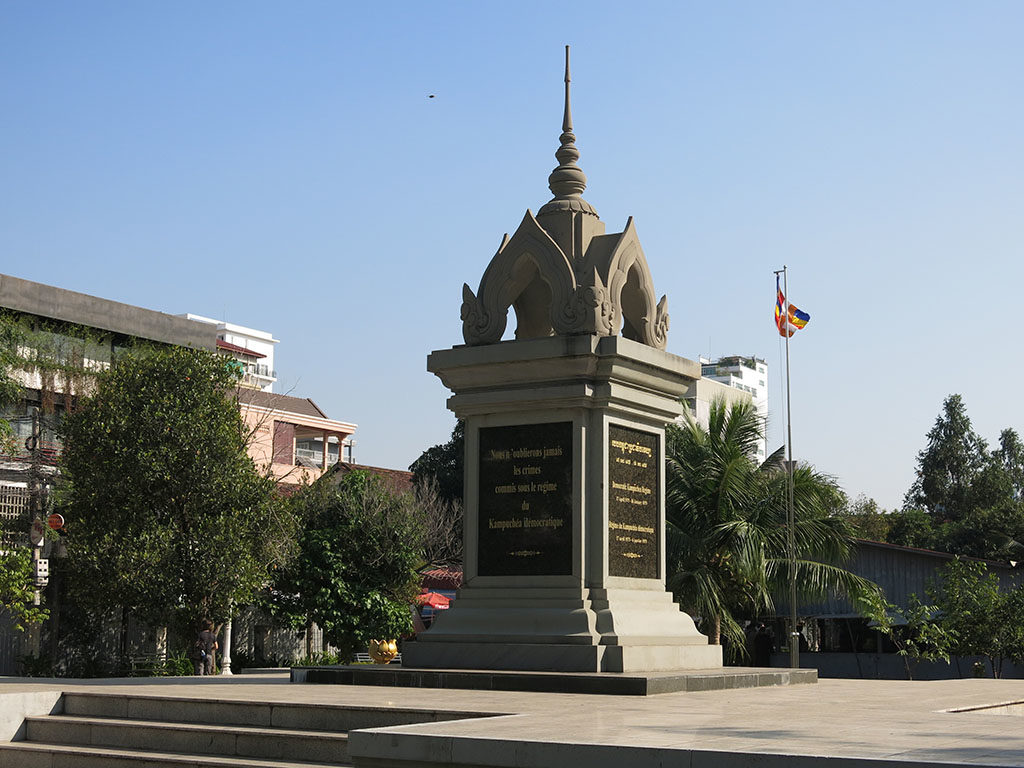 Before going to the hotel, we visited the other major memorial to the atrocities, the Genocide Museum. Here I struggled. Located at what was originally a school, but then a prison, this was filled with photos of victims, survivors, and those that were responsible. A few us had troubles, especially when speaking with survivors. A valuable place to visit and a reminder of how incredibly close we are to recent horrors.

It was time to start to soak up the city. We had a quick hotel check in and then some of us were off for some drinks. The rest of the group joined up and it was off to explore the city by Tuk Tuk. Cham showed us around, stopping at some of the main sites, including the main temple and palace. 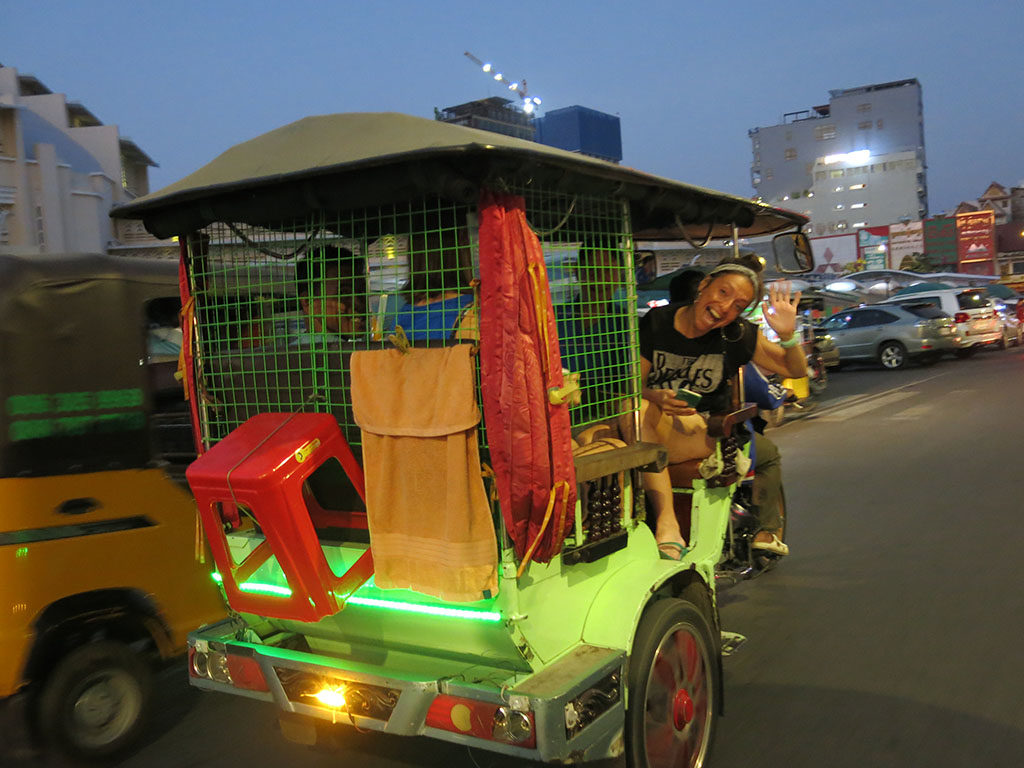 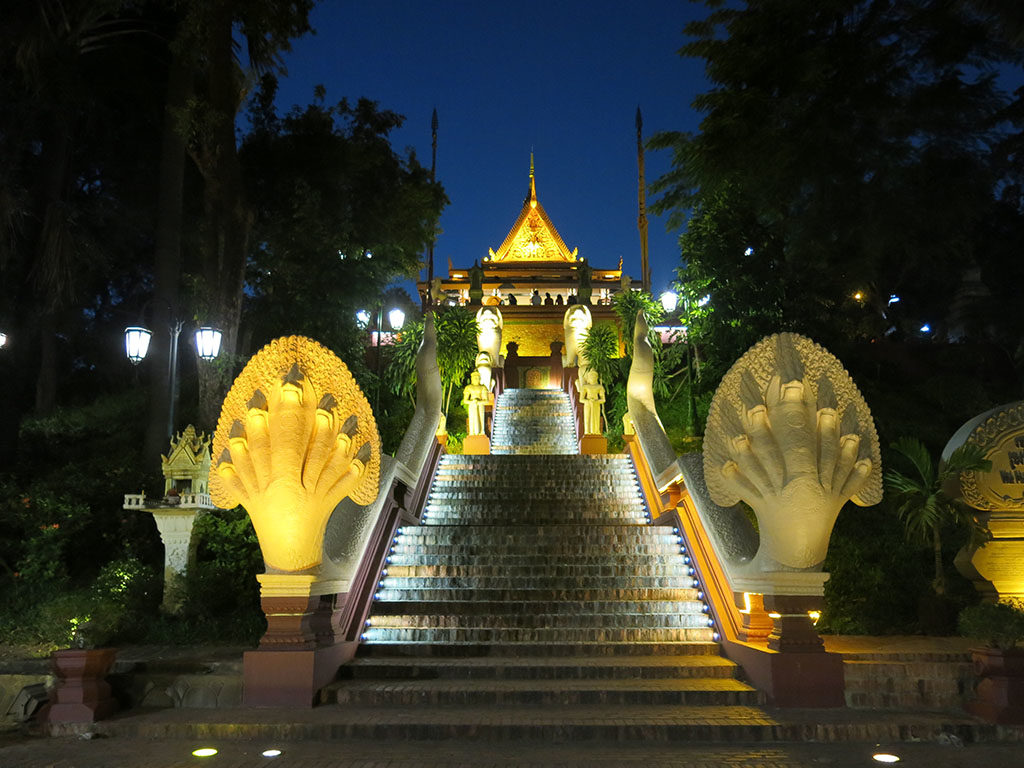 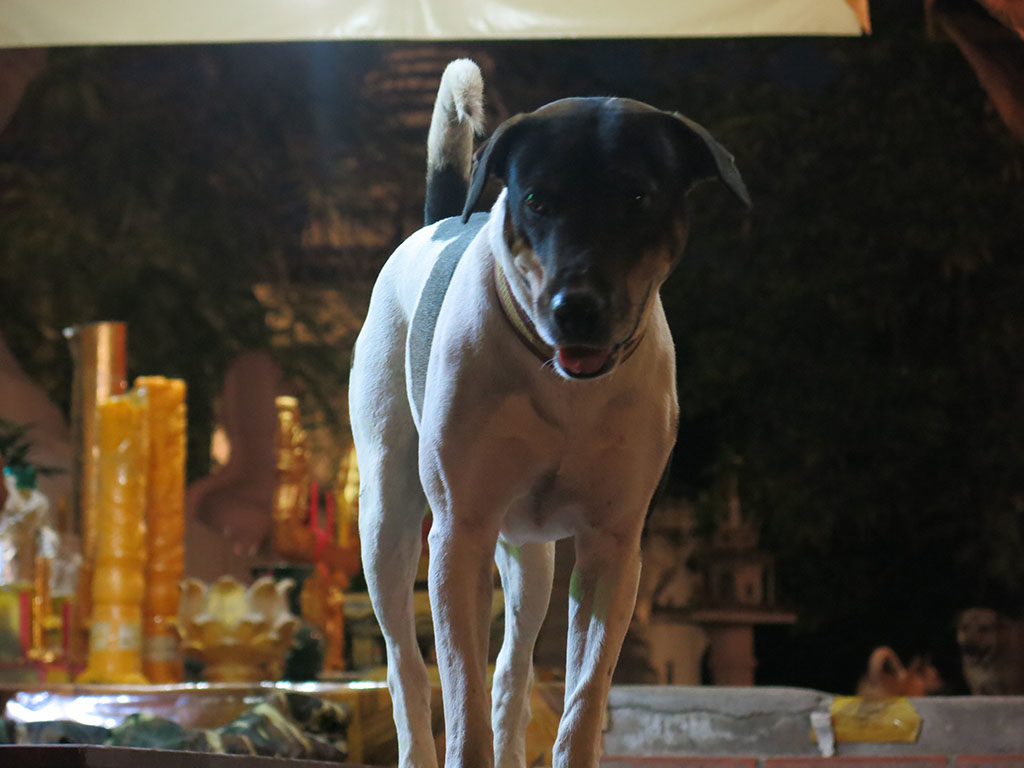 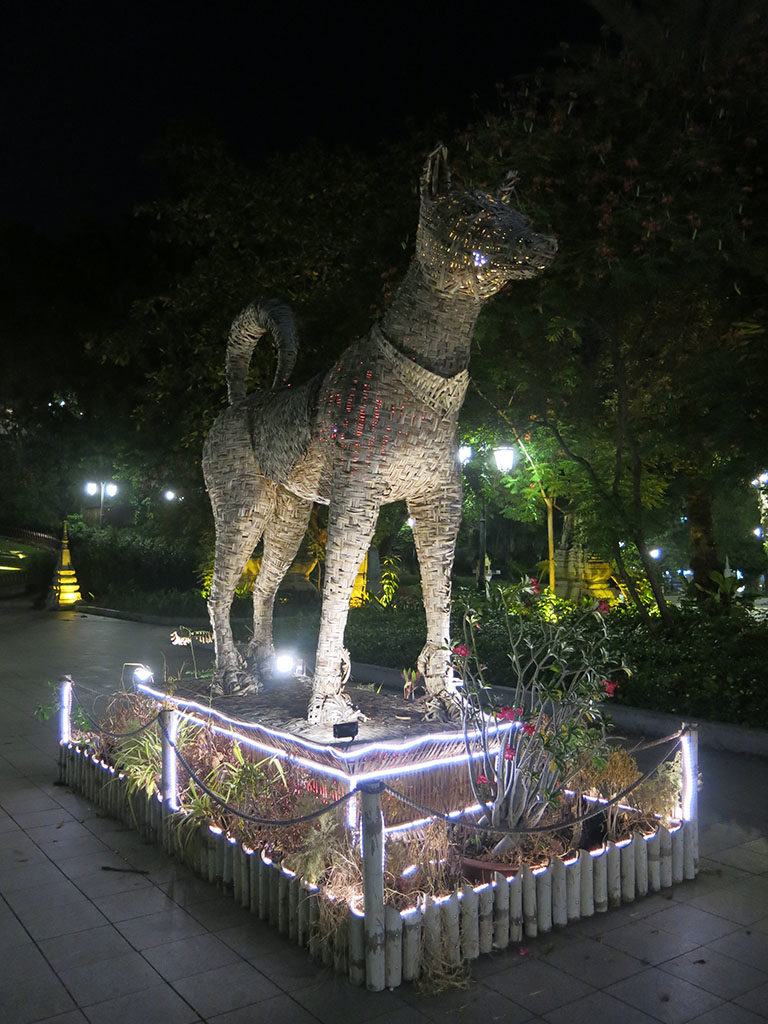 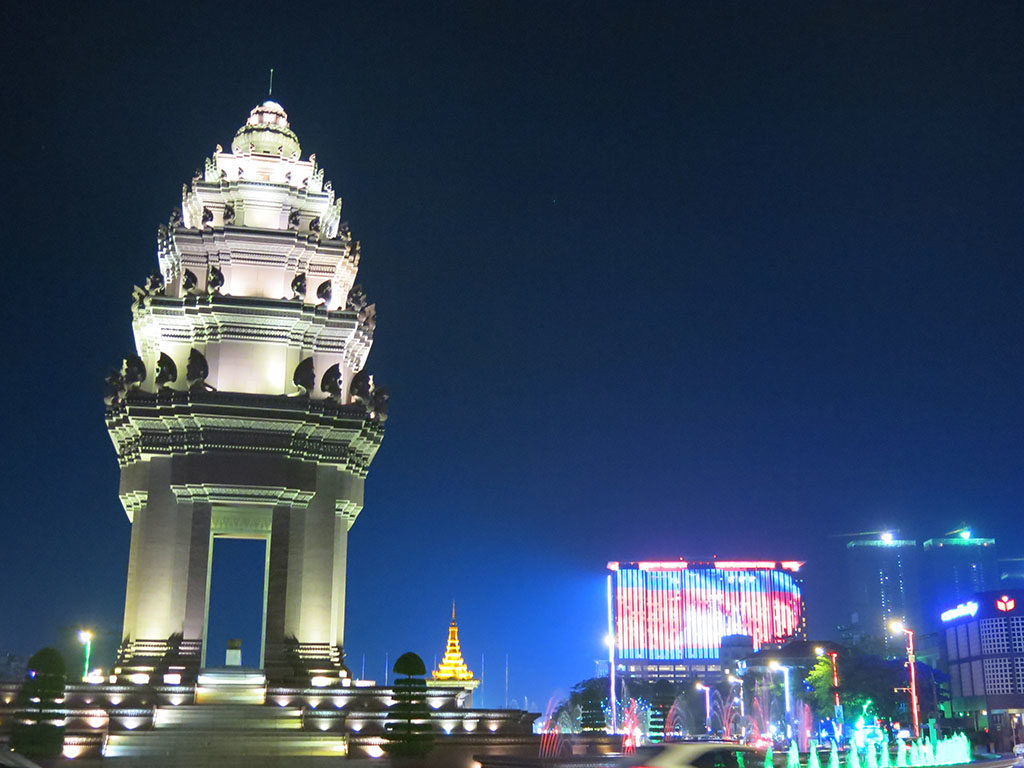 We arrived at our restaurant for dinner, beside the water. It was a great place, with good food and very cheap drinks. Cham organised happy hour for us our entire time there 🙂 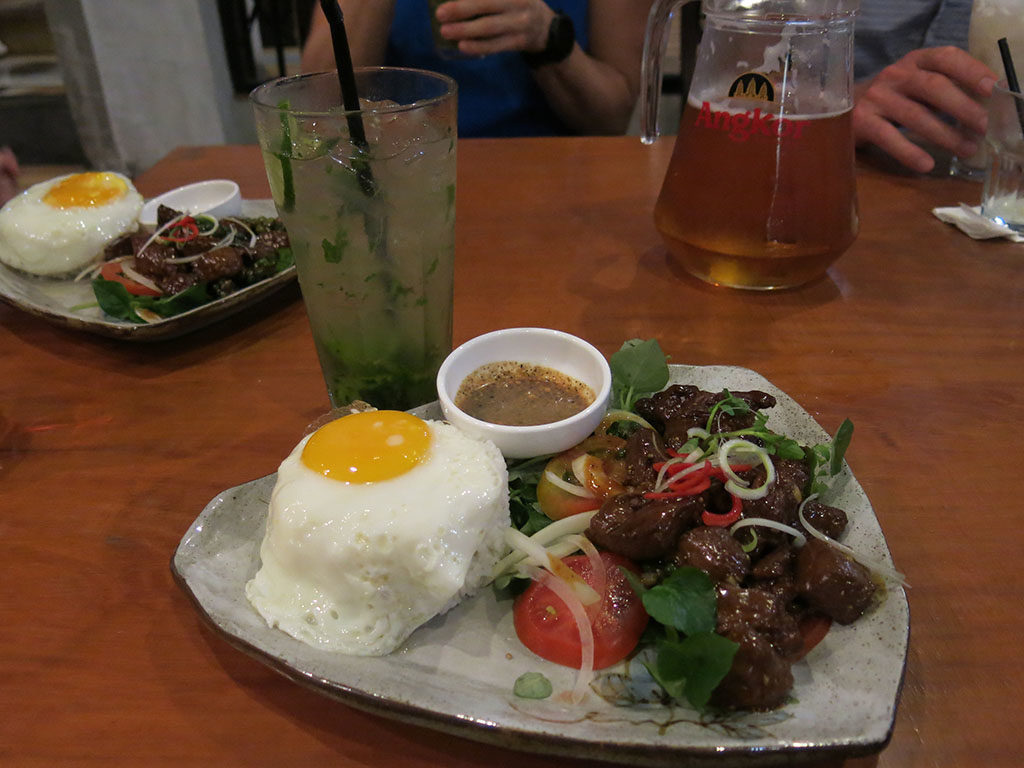 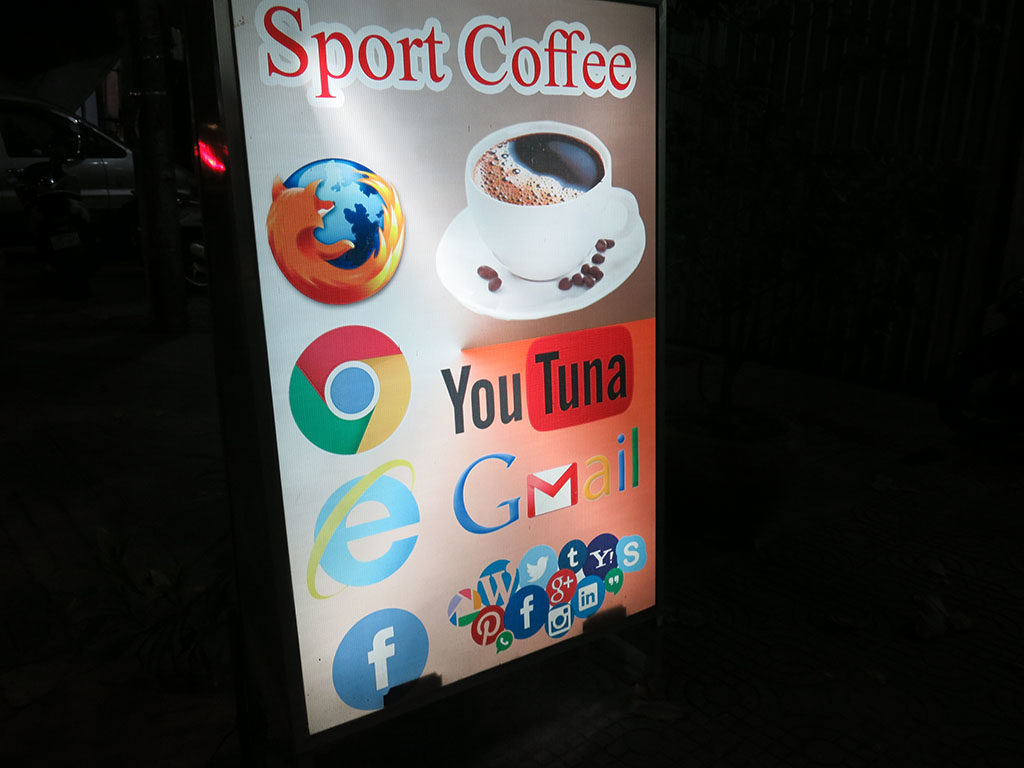 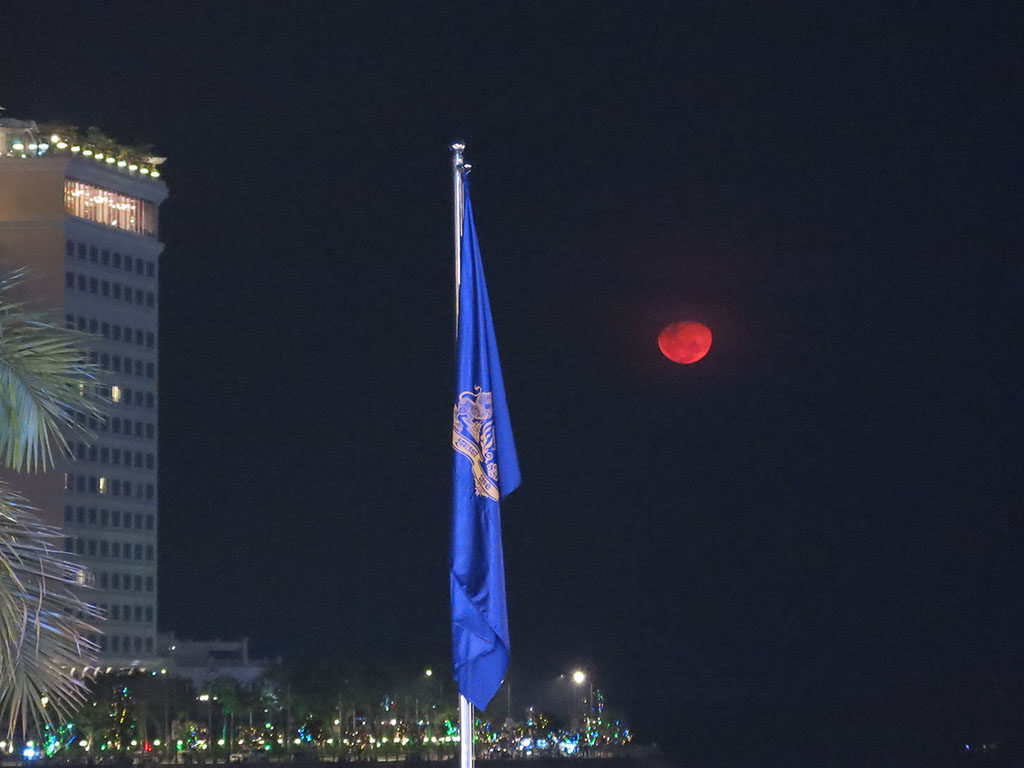 As a consequence, we had a LOT of drinks. $2.50 double strength mojitos! Cheap beer!

A few of us stayed until closing time, wandering back to our hotel a little drunk, but with time for a cheeky drink and some card games on the way back before ending our first night in Cambodia.