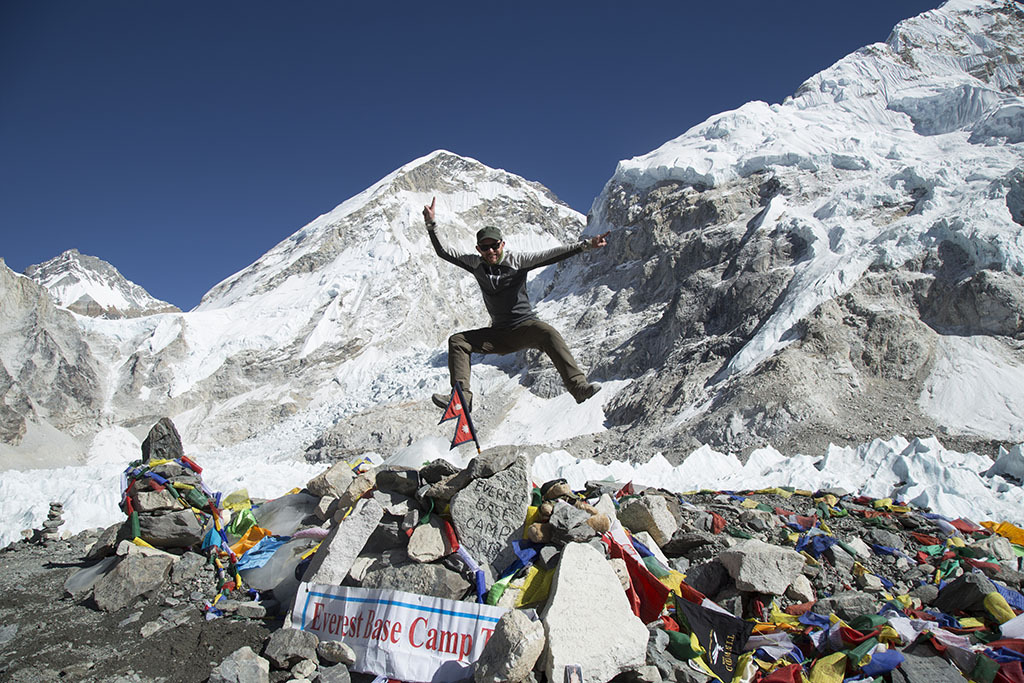 Mission accomplished! But I will get to that soon.

The day started at Lobuche with our earliest start since day one. A 6am rise and out the door by 7am meant no mucking around. It was off to Gorakshep, our base for the evening. It was a fairly standard climb like the other days, with moments of up, but otherwise fairly gradual. 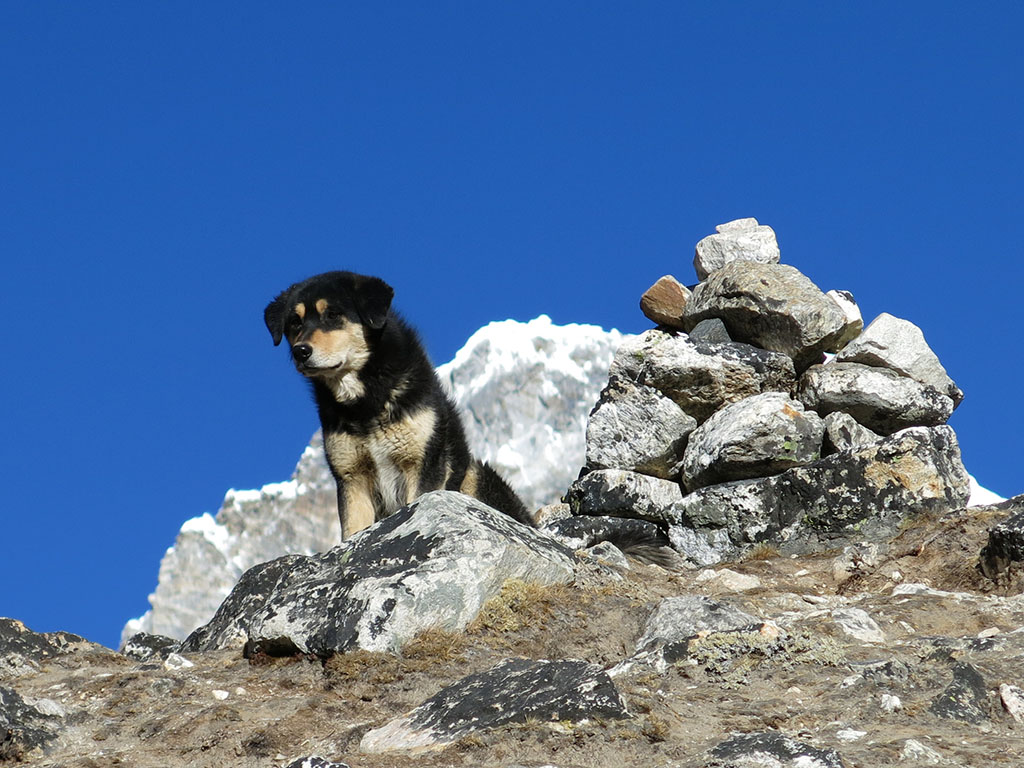 We arrived at Gorakshep nice and early at about 9:30am. Believe it or not it was time to order lunch… yep it would be a long day. With the early lunch in our bellies and a bit of a rest it was time for the final push… getting to Everest Base Camp. Off we went! 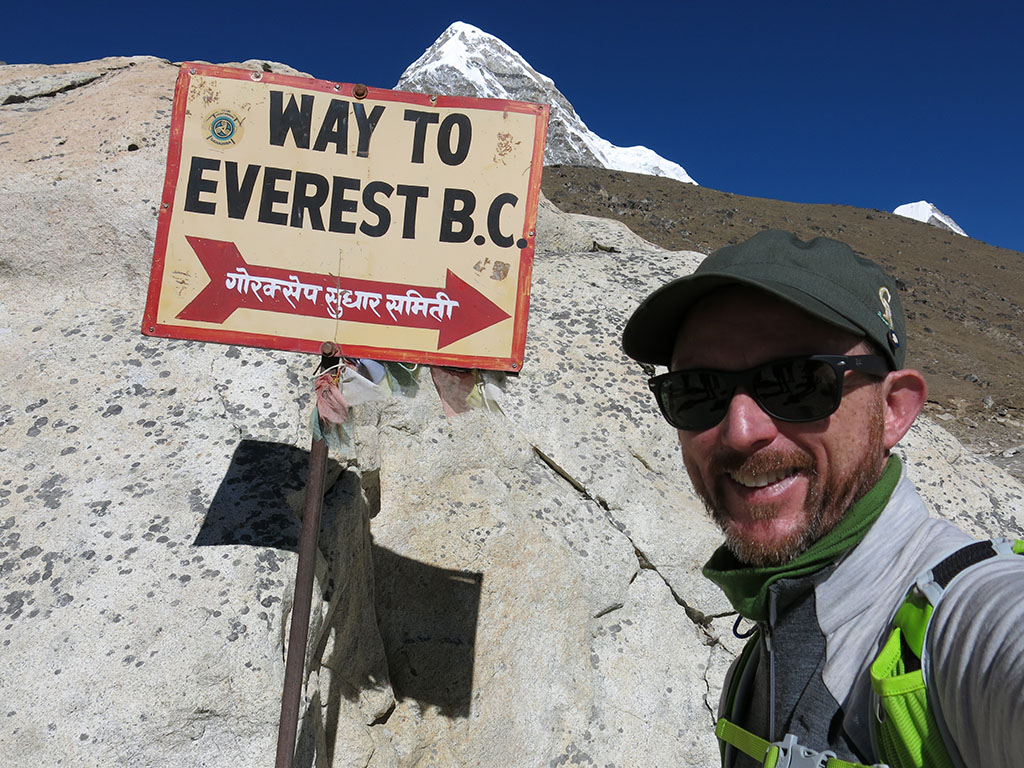 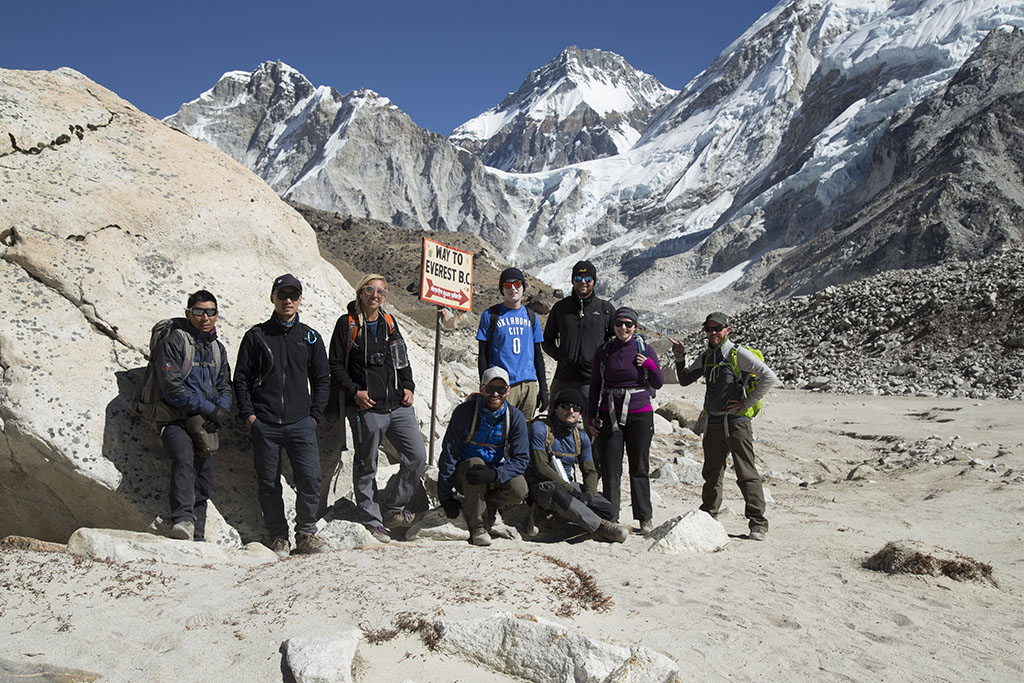 This was quite challenging. There were a few factors in the mix. It was quite warm, we had been up quite early, we were now well and truly over 5000m, and there was a bit of scrambling over rocks to do with our hiking. Early on we got to see the classic “This Way To EBC” sign.

During the hike, we could actually spy base camp. There was really not anything to see as such, given it was not climbing season. There were a couple of lonely tents there. Apparently a couple were planning on summiting for Valentines Day (I wonder if they made it?!), but otherwise base camp was not the tent city it is come April and May. 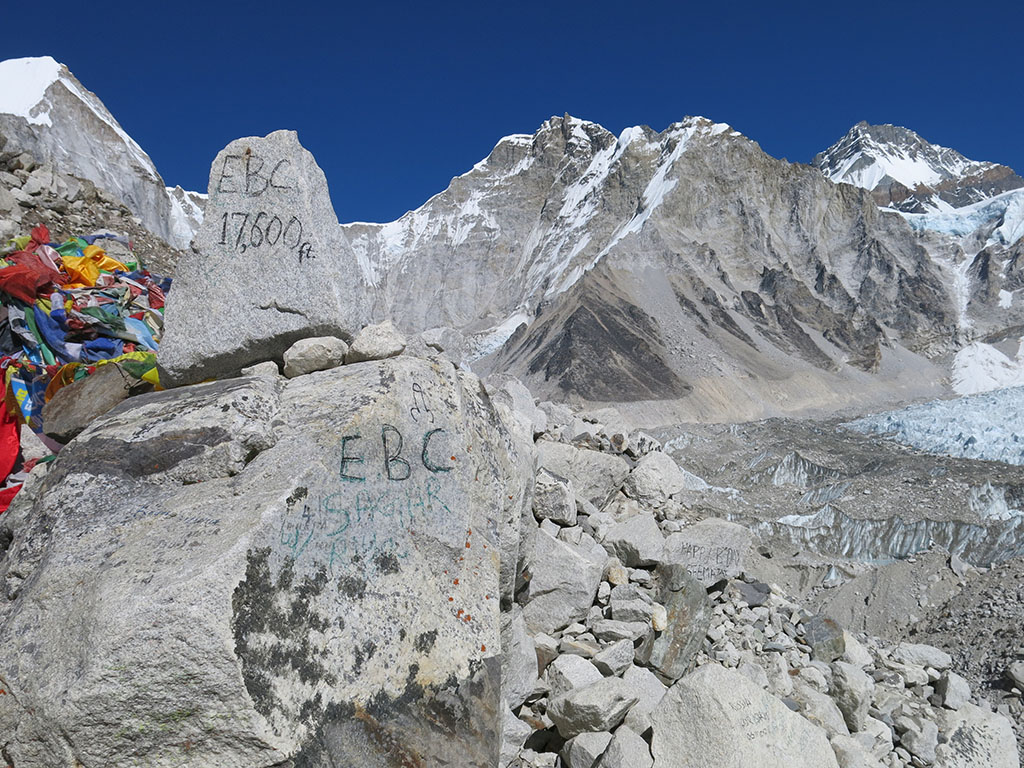 It was a couple of hours of hiking, but we rounded a corner and over a rise and there it was! Everest Base Camp!

It was quite funny to see actually. Base camp moves a little each year as it is on the glacier, so there is no “official” sign or marker. Rather, one gets set up each year, and at this point the welcome to Base Camp was a pile of rocks, some prayer flags, and a makeshift sign. But it was Base Camp alright! 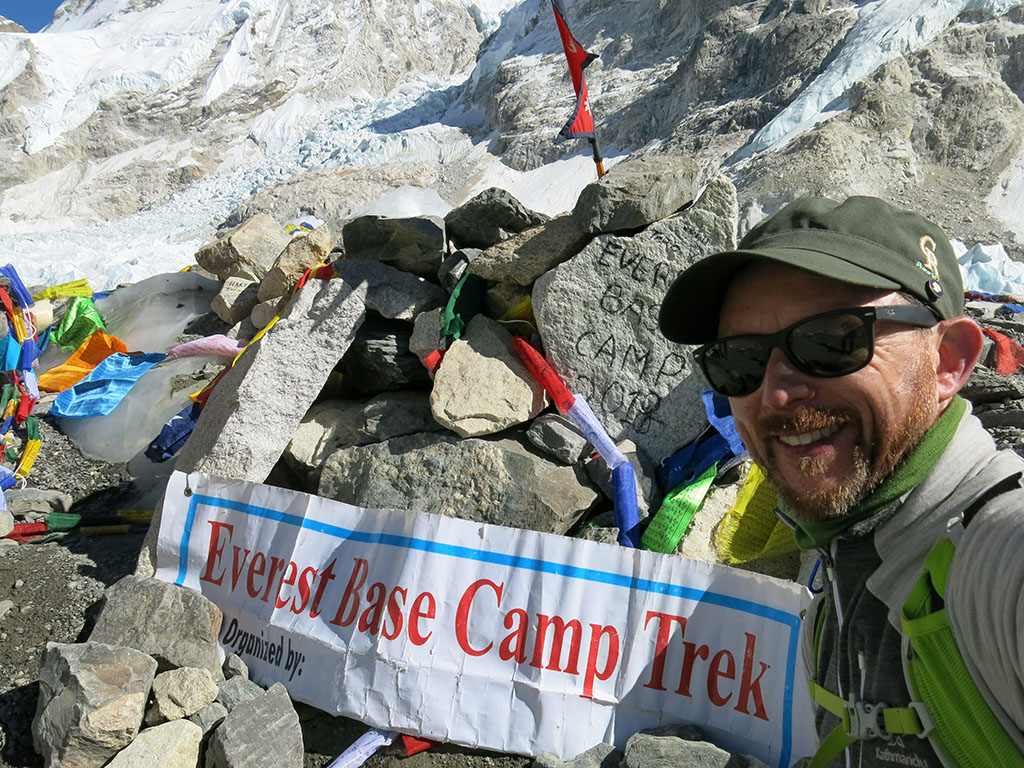 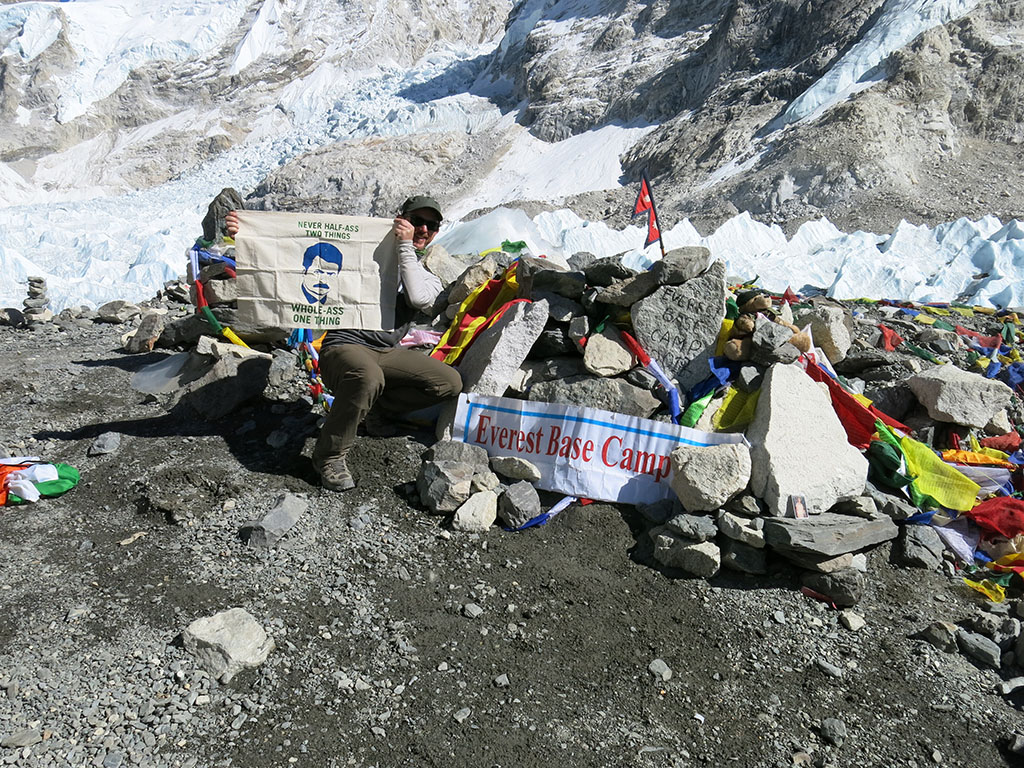 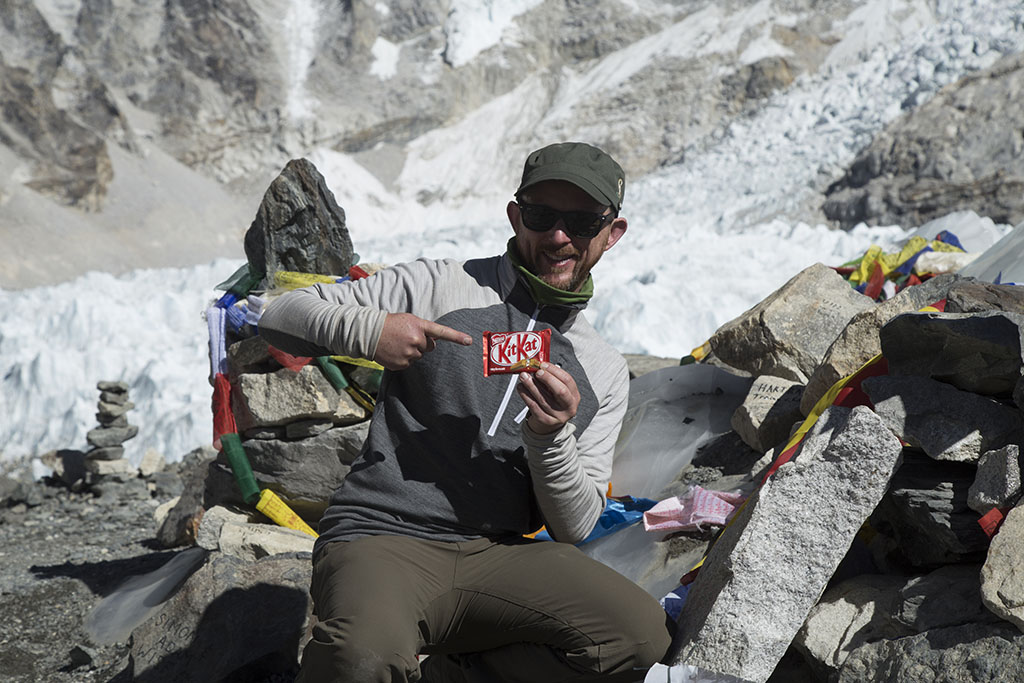 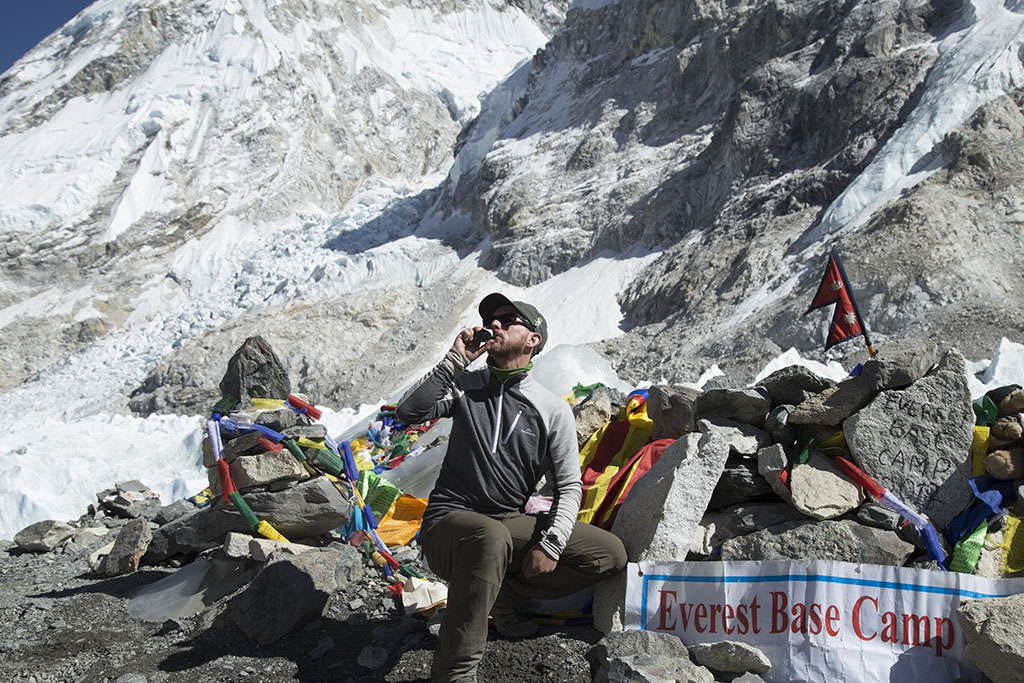 We spent the next half an hour getting photos and goofing off. There was the odd fellow hiker that would make their way up but overall it was very quiet. In peak season I don’t doubt you would wait in line for your 30 seconds of glory. Instead we got to take as many photos as we liked and soak up our achievement. Me, I had a few ways to celebrate. First of all, and most importantly, the Ron Swanston flag that had travelled to Kilimanjaro with CC and I, and then to Base Camp with CC, emerged. Ron was my lucky charm and I was honoured to have him celebrate at base camp. Next, a celebratory Kit Kat, bought in Namche, was the order of the day. It was just perfect for devouring and celebrating! Finally, I also celebrated with a sneaky Hendricks gin that CC had provided me before leaving. Some fellow hikers, coincidentally from Scotland, the home of Hendricks, spied it and were very envious! 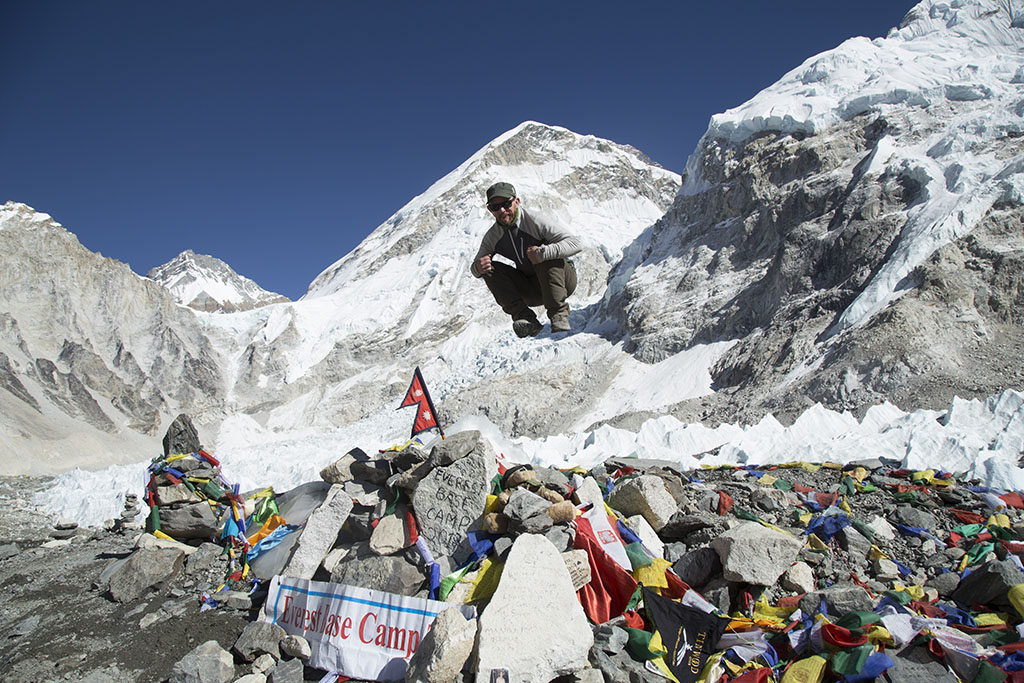 We also had time to get photos leaping in the air and all kinds of shenanigans. Pasang had a perfect trigger finger to get maximum height! 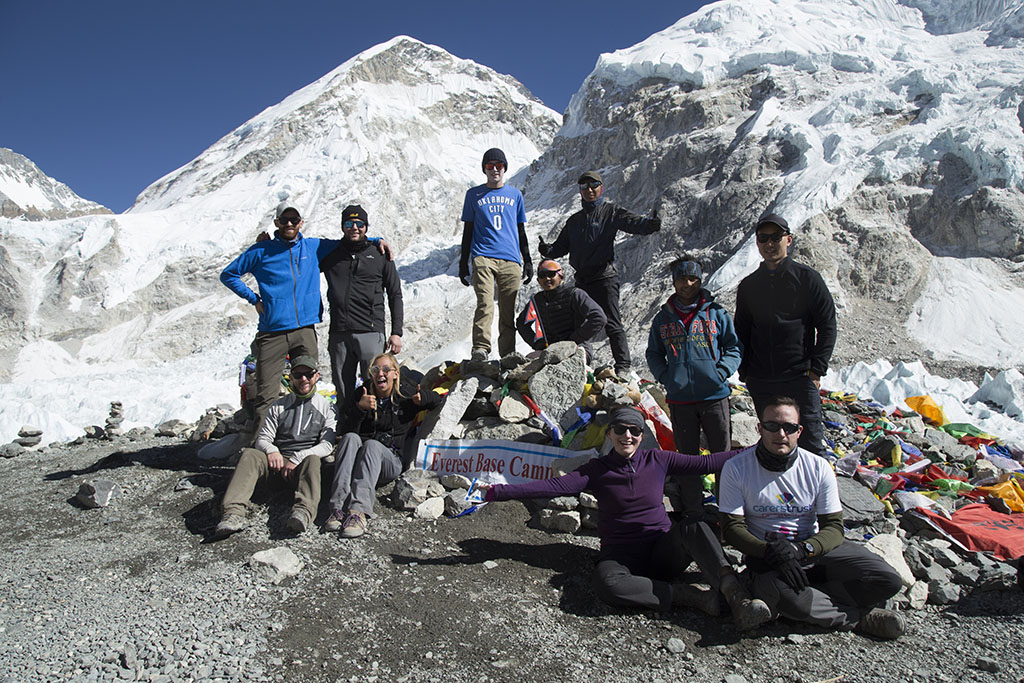 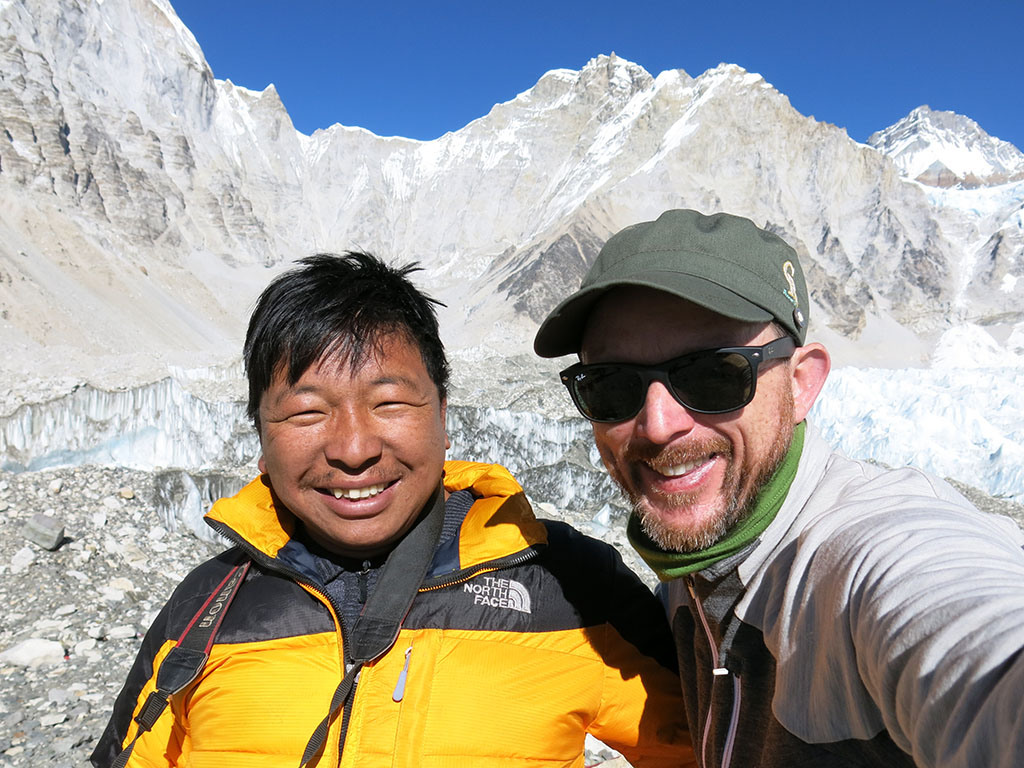 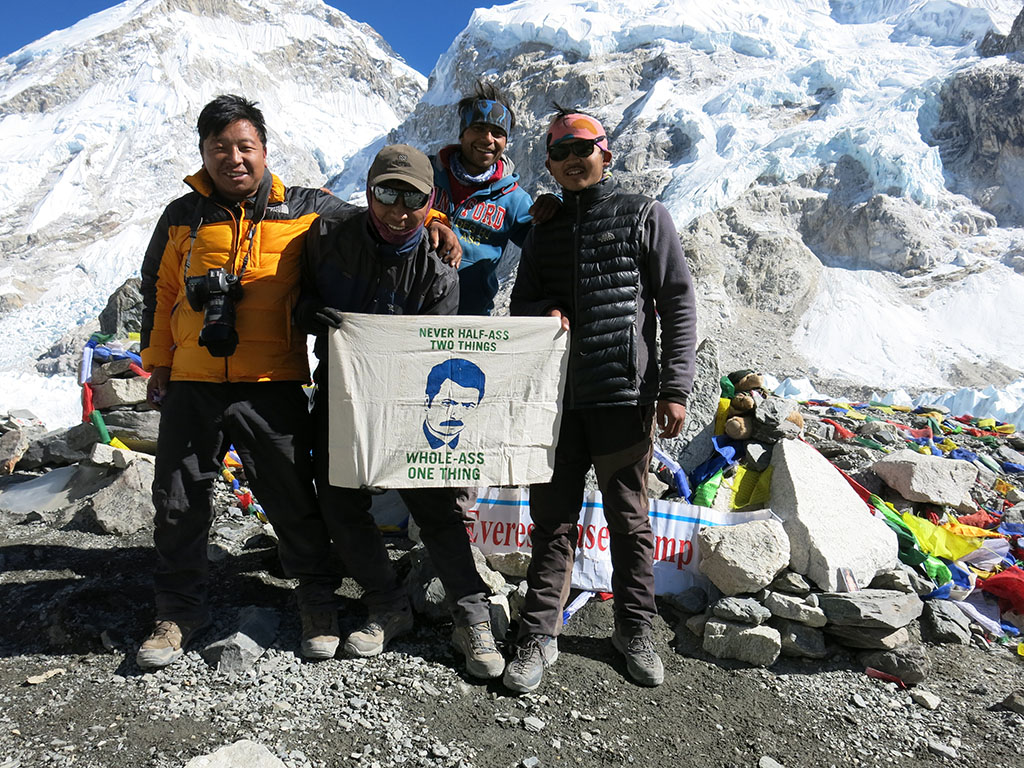 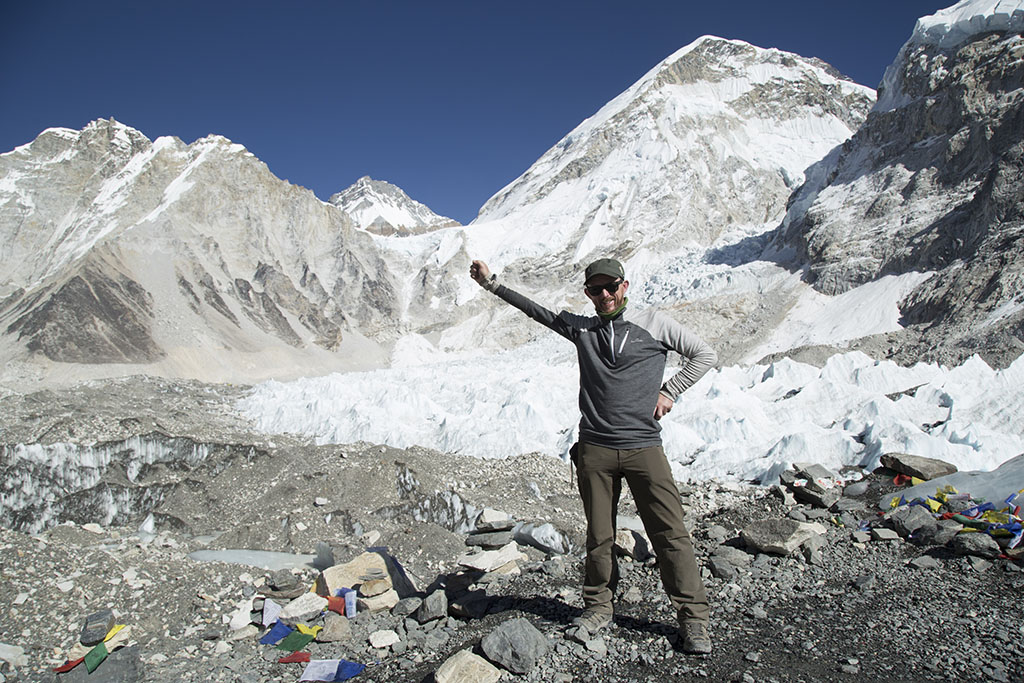 Eventually it was time to head back. While it was downhill, it was quite tough. Many of the team were struggling. I was feeling pretty good all things considered, and just contended with a minor headache coming and going. Nothing nearly as bad as summit day on Kili. After about an hour and half we were back, all still glowing from our achievement. Exhausted, and with an early morning ahead, it was a quiet night, one of managing the altitude and recounting our successes.