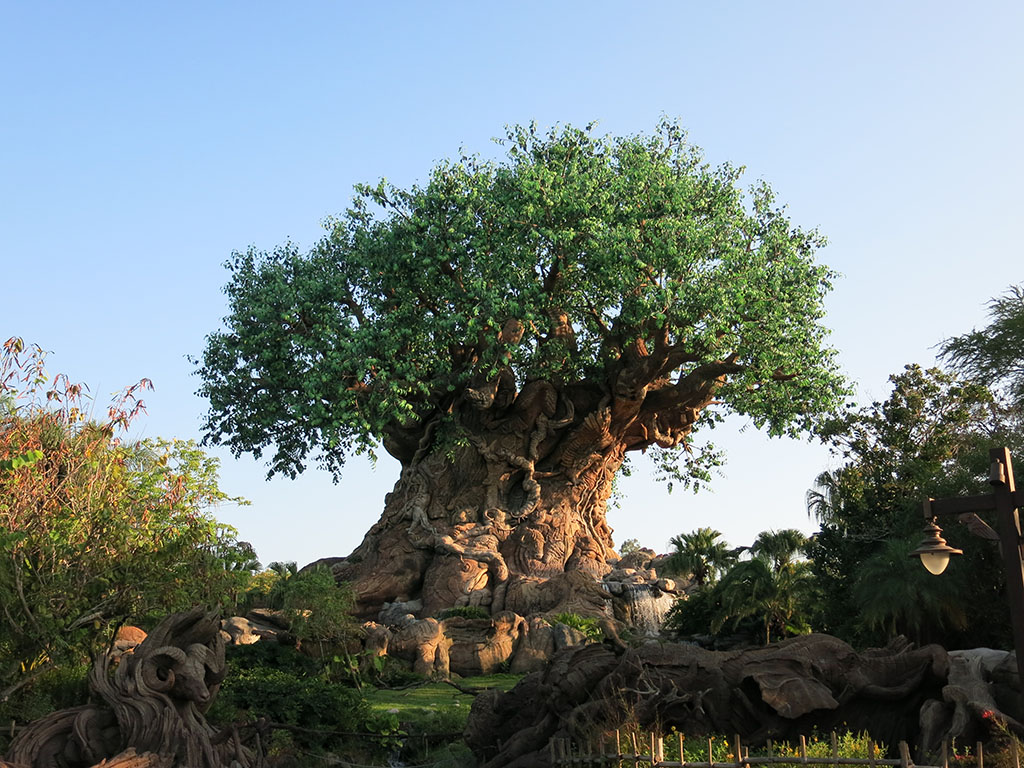 the tree of life

Our last Disney park! Not our last Disney visit, but our final park to visit, and my last park to see to get the set (i’m not counting Disneyland China yet). Animal Kingdom! This was the one park I really didn’t have much idea what to expect. Magic Kingdom I had basically visited in a bunch of other countries, Hollywood Studios there had been variations in Japan and California, and Epcot has been in the pop culture consciousness for a while. but Animal Kingdom was a bit of an enigma for me. 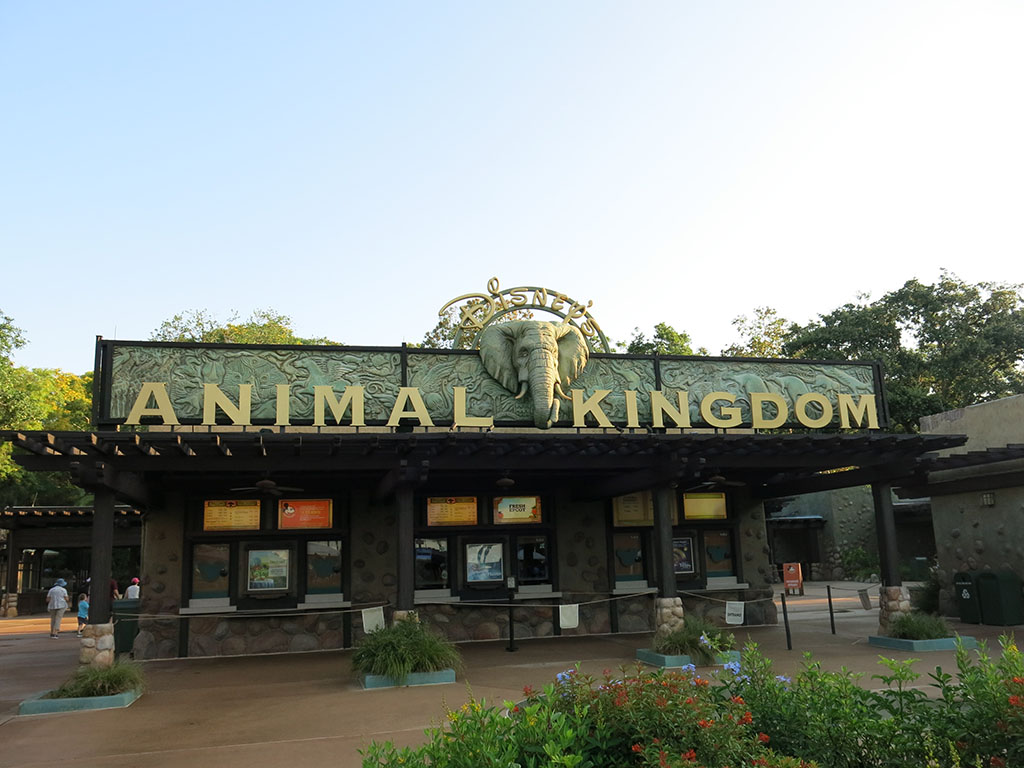 We arrived early for a planned breakfast. Another brekkie with characters and one that would get us into the fairly new Rivers of Light show in the evening. Animal Kingdom obviously has a strong African theme, and breakfast setting was no exception. Kinda funny given almost a year to the day I was in actual Africa. Breakfast was a pretty extensive buffet and I made sure to have lots of granola and yoghurt… as well as my fill of bacon. Mmmm. 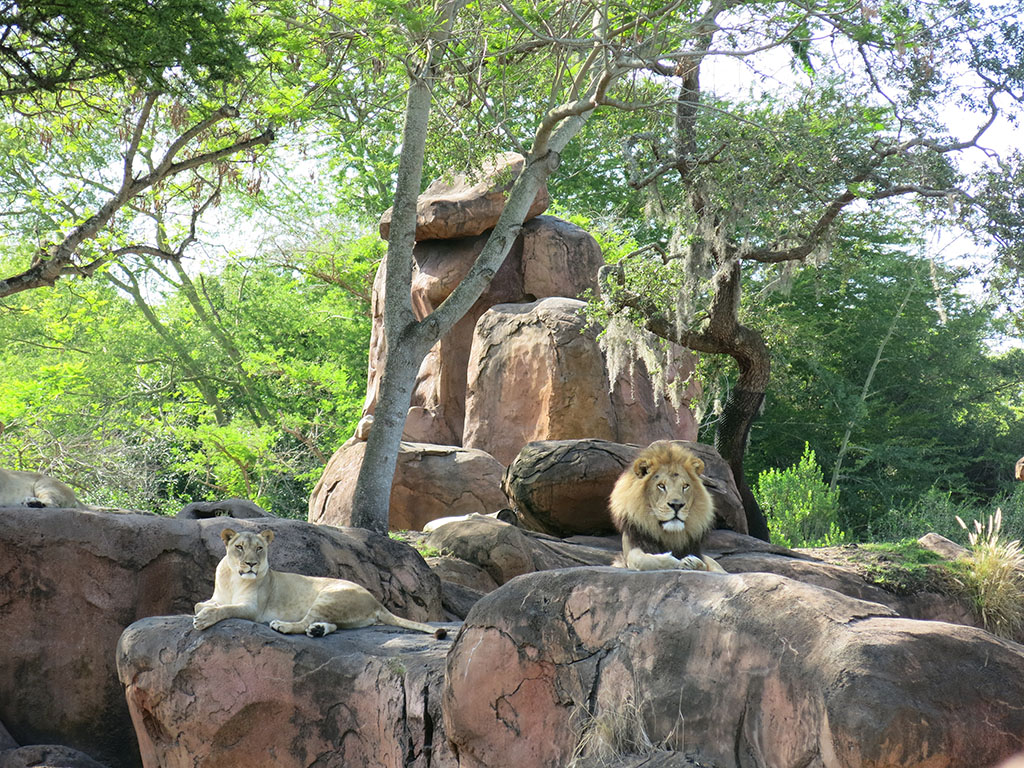 With a hearty brekkie to kick start our day we went to our first “ride”, Kilimanjaro Safaris. I say “ride” as it is actually much more like a zoo experience, where we loaded into big jeep like trucks and made our way through their african animal enclosure. It was a mini Ngorogoro Crater (well, kind of). They actually had quite a collection of animals… zebras, lions, elephants, rhinos… all the big ones. It was not quite as a big a deal for me as many others in the jeep, but it is still always fun to see those animals. 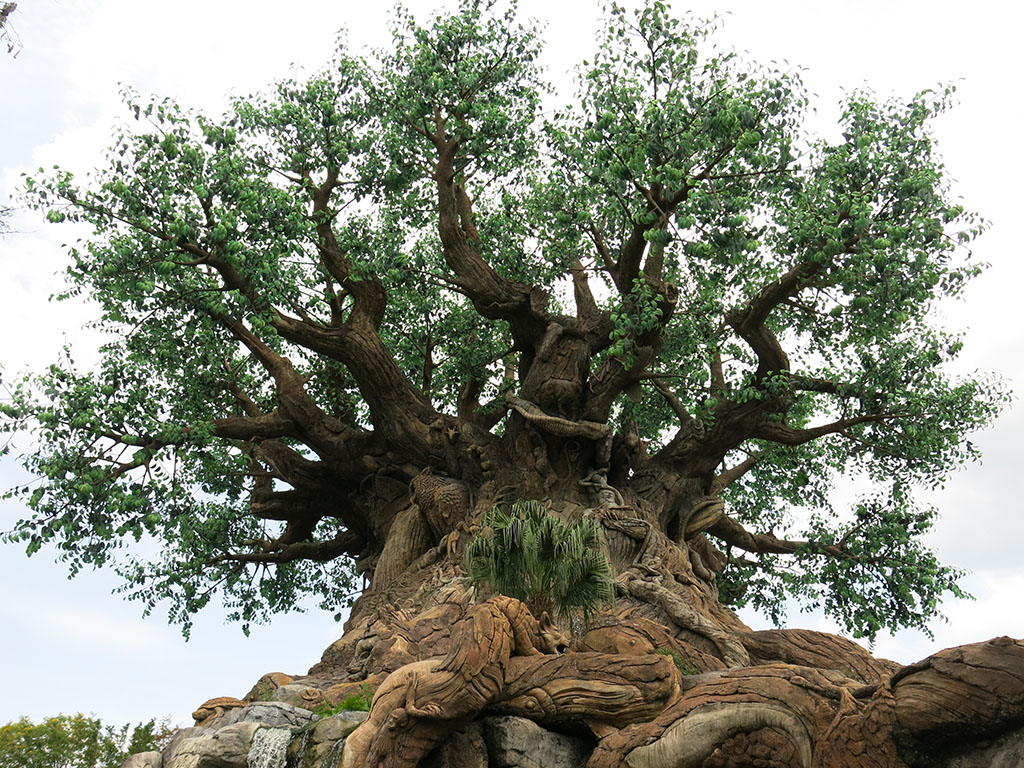 The day was much like our other Disney park days. We made our way to all the rides thanks to our well planned fast passes and Kate having a good idea of what we needed to visit. The centrepiece of the park is the massive Tree of Life… a statue of sorts that represents all the animal kingdom and it was a sight to behold actually. We would keep coming back to the tree as we moved from area to area of the park. 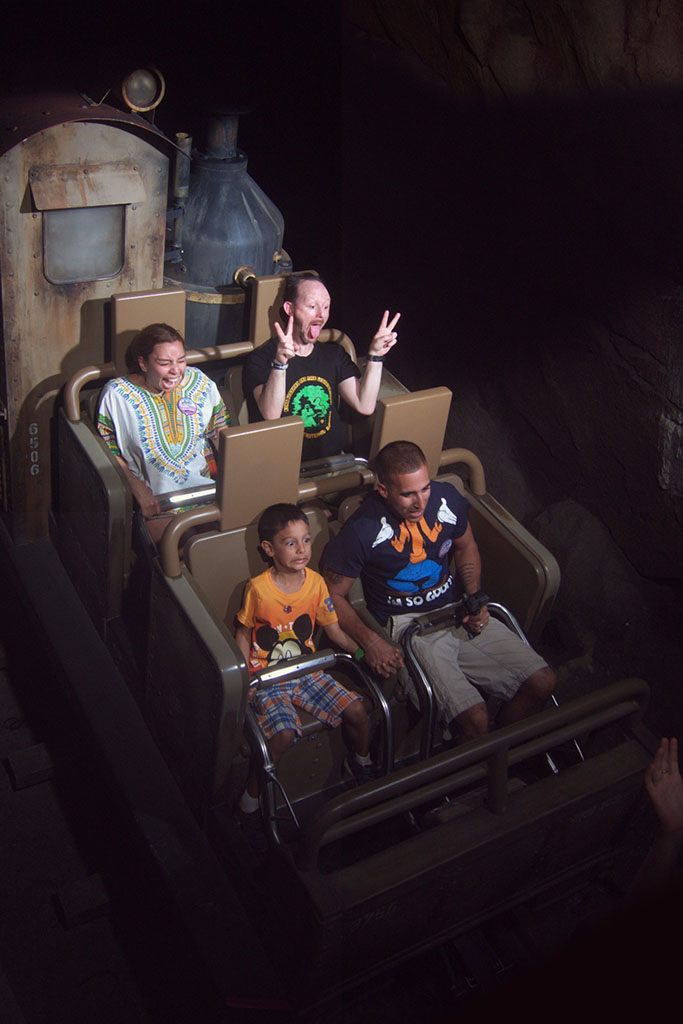 There was a bunch of fun rides here at the park. Given it was a nice warm day we decided to get on to Kali River Rapids nice and early. It was a classic water rapids ride. There were warnings about getting wet and we indeed did get wet. So nice! Very refreshing in the warm Florida morning. I also had fun on Expedition Everest, a rollercoaster type ride around and through a mountain, getting chased by the elusive yeti. Love some backwards roller coaster action. 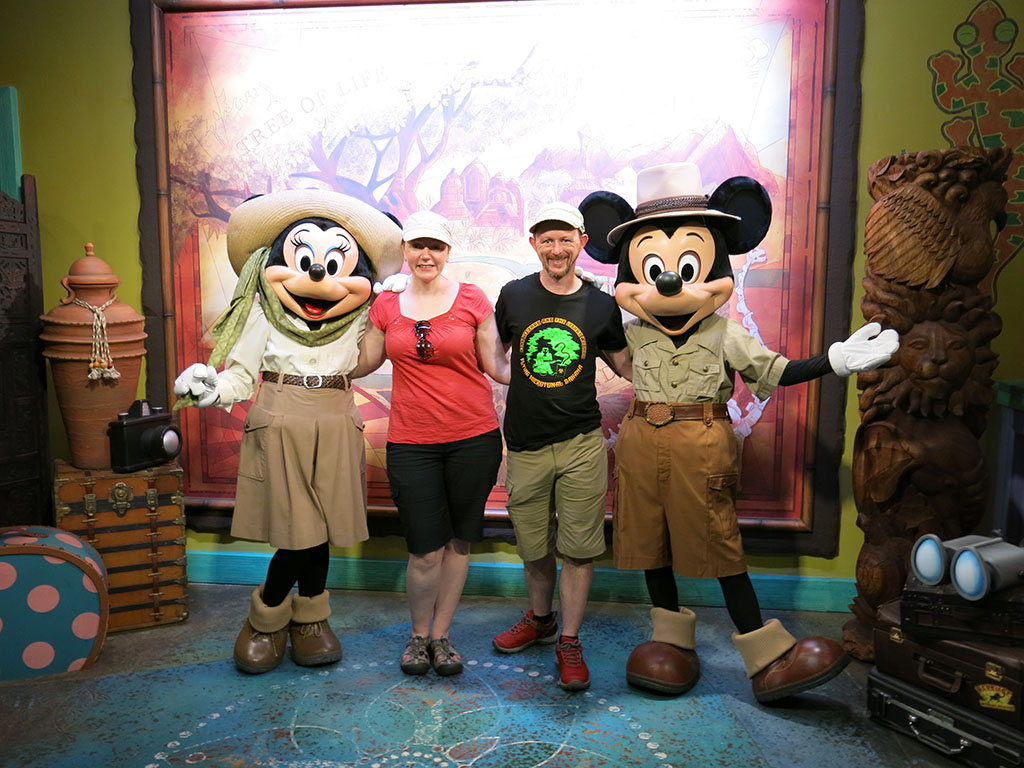 We also had a chance to meet a bunch of characters. Mickey and Minnie were hanging out there as expected, but we also ran into Russell from Up (yay!) and even the cheeky Rafiki. We also went to a few musical shows. The Lion King show was pretty good, and the Nemo show not too bad either.

As the sun began to set we decided to jump on to Kilimanjaro Safaris again. At dusk the animals start to get a bit more active, and while it wasn’t too much different to the morning, it was fun to get out there again. 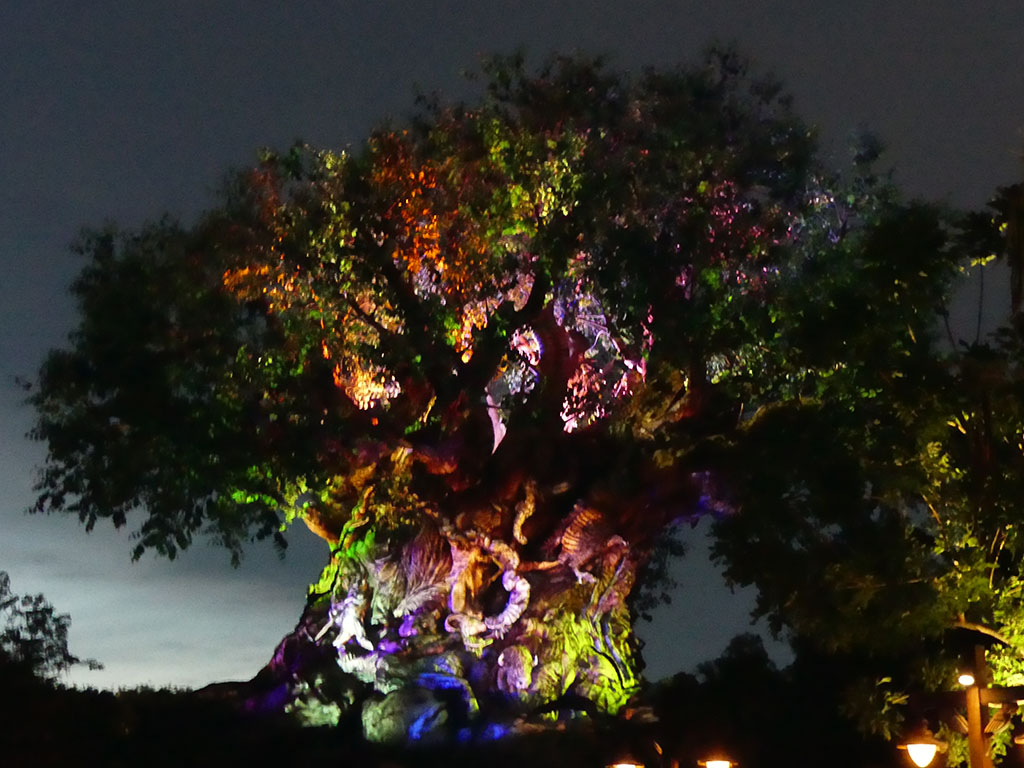 It was dark and time to head to our seats for the Rivers of Light show. On the way, the Tree of Life was starting its “awakening”… a series of projections on to the tree at different times that would make some of the animals carved into the tree spring to life. We saw the opening one as we headed to the show and it was quite stunning. The tree was teeming with life as animals got up to all kinds of things all around the tree. There are a series of different awakenings meaning we would need to get back to see some more. 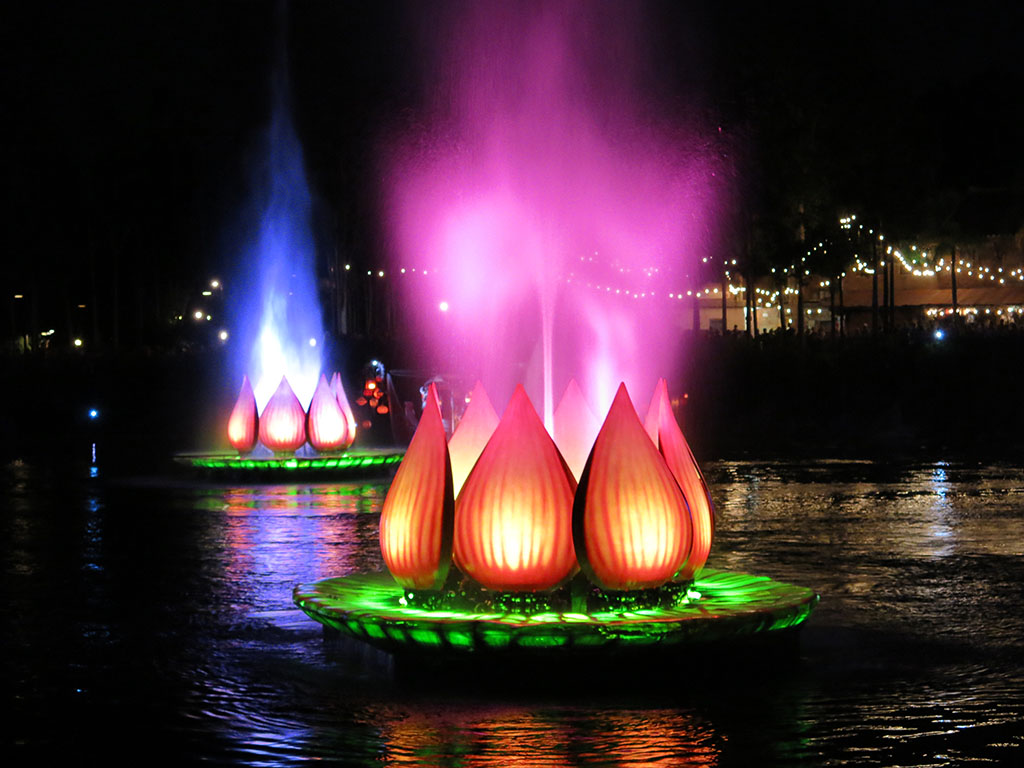 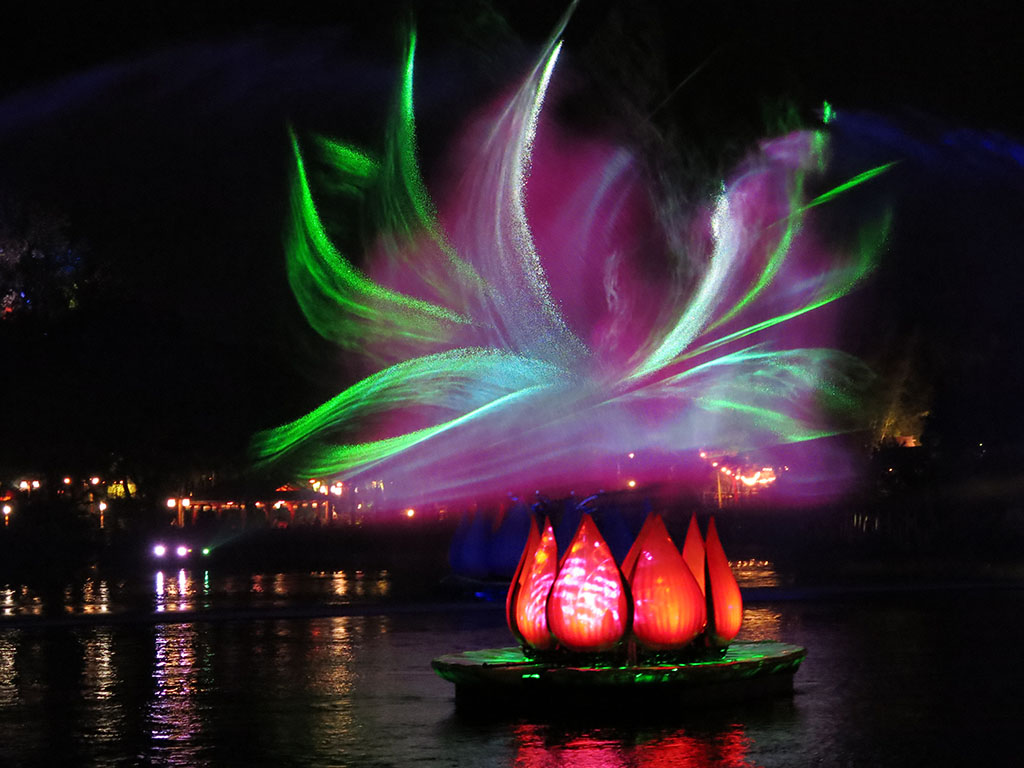 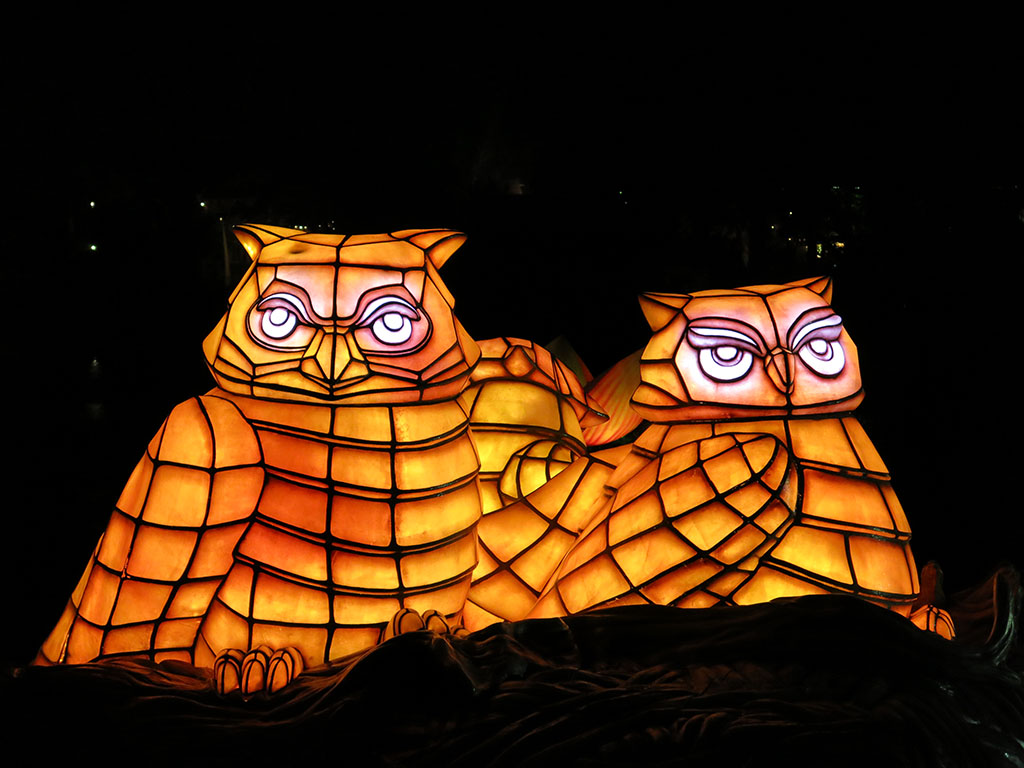 We got to our seats ready for the Rivers of Light show. As mentioned, this was a fairly new show and quite hard to get in to. Unlike many other evening shows and parades, there was set seating so we were quite lucky to get a spot. It was a pretty cool show, a fairly straightforward boat-float-water projection type show. Being new gave it novelty for most, but for me I thought it was pretty good without being stellar.

With that it was time to head back to the hotel. We caught another tree “awakening” on the way out, and like most nights it was approaching midnight before we got the chance to jump into bed. Phew.