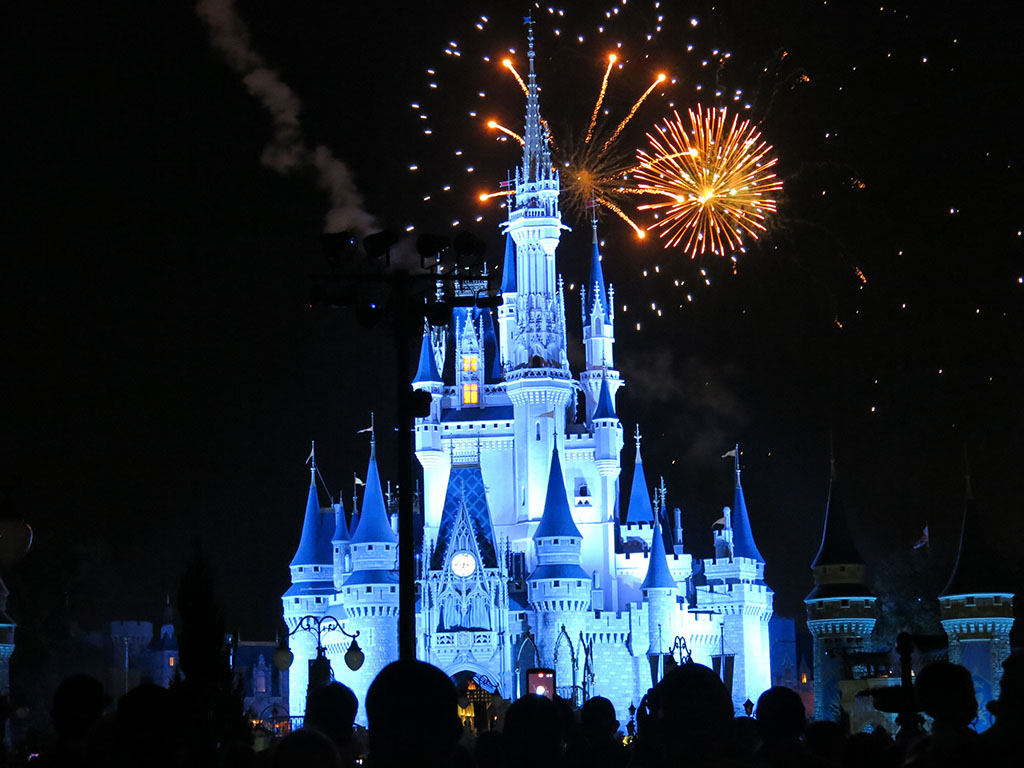 back at the magic kingdom

A mere 26 hours of travel and we are officially into the first phase of our trip… into the Disney bubble!

Florida is indeed quite a ways from home. Melbourne to Sydney to San Fransisco to Orlando is no easy feat. But the travel gods smiled down on us, and we had a relatively smooth trip with no dramas, so while a little tired, we would take that.

We grabbed our rental car at the airport and headed to to our digs for the week, which was the Disney Pop Century Resort hotel. Kate and I debated a bit about where to stay near the Disney parks. I wasn’t that sold on staying at a Disney branded hotel, but Kate sold me and it indeed was the wise move for all the perks that it entails (which I will elaborate on later). Checking in at about 10pm, all we could think about was sleep.

Ah sleep. I had only once been to the east side of the States and the jetlag was a killer. With both Kate and I being wide awake at 4am, it looked at though we may be in for a similar experience. But that was cool… we were both just jazzed to be there and were ready for action. So nice and early we were on a complimentary bus to our first park, Magic Kingdom. 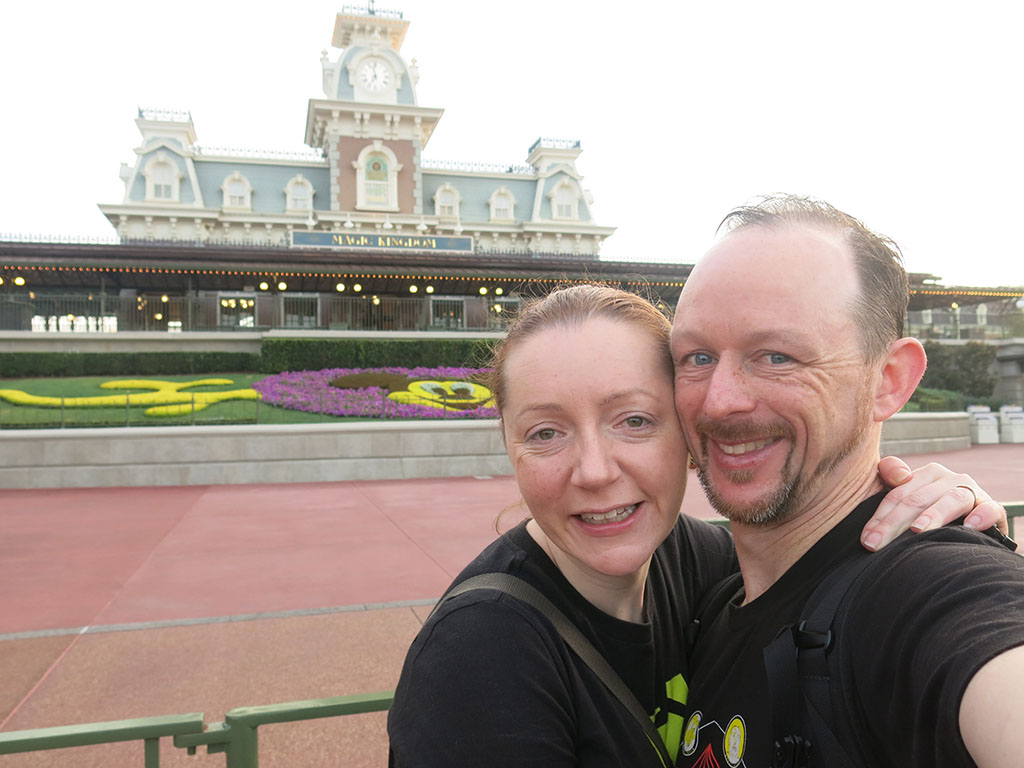 waiting to hit the park 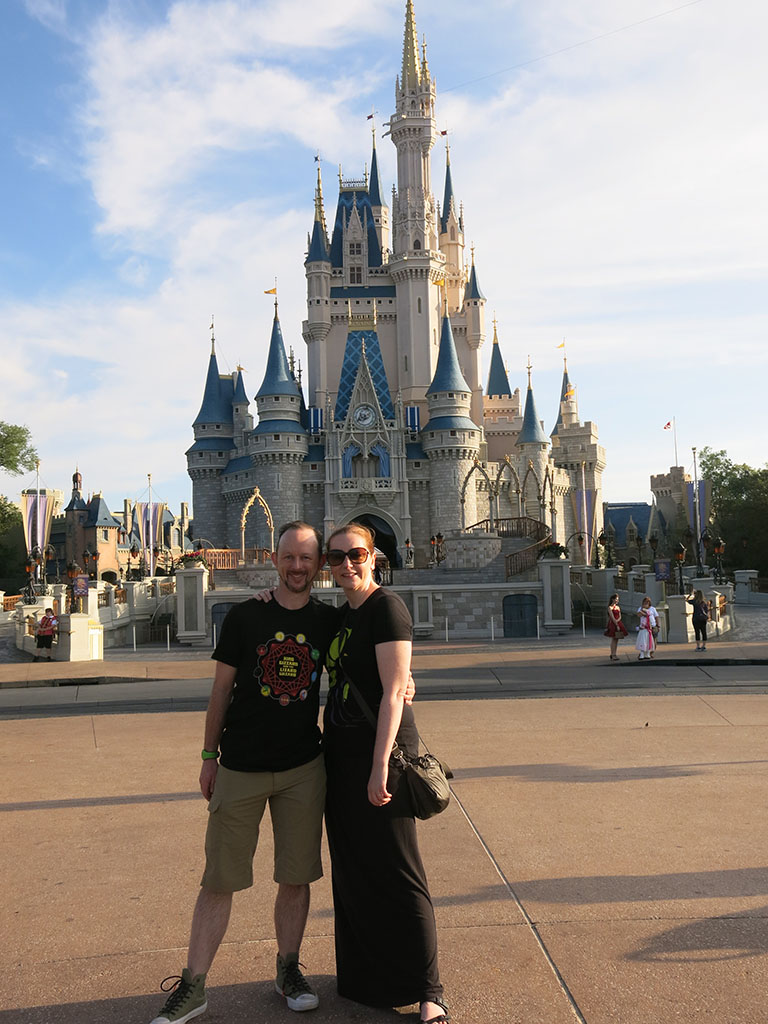 before the crowds arrive

Magic Kingdom is your “typical” Disney park, looking and feeling like most others. There is a big castle in the middle, along with Tomorrowland, Frontierland, etc, and is what people usually think of as “Disneyland”. Being there nice and early was in our interest as we had an 8am breakfast scheduled for inside said Disney castle. 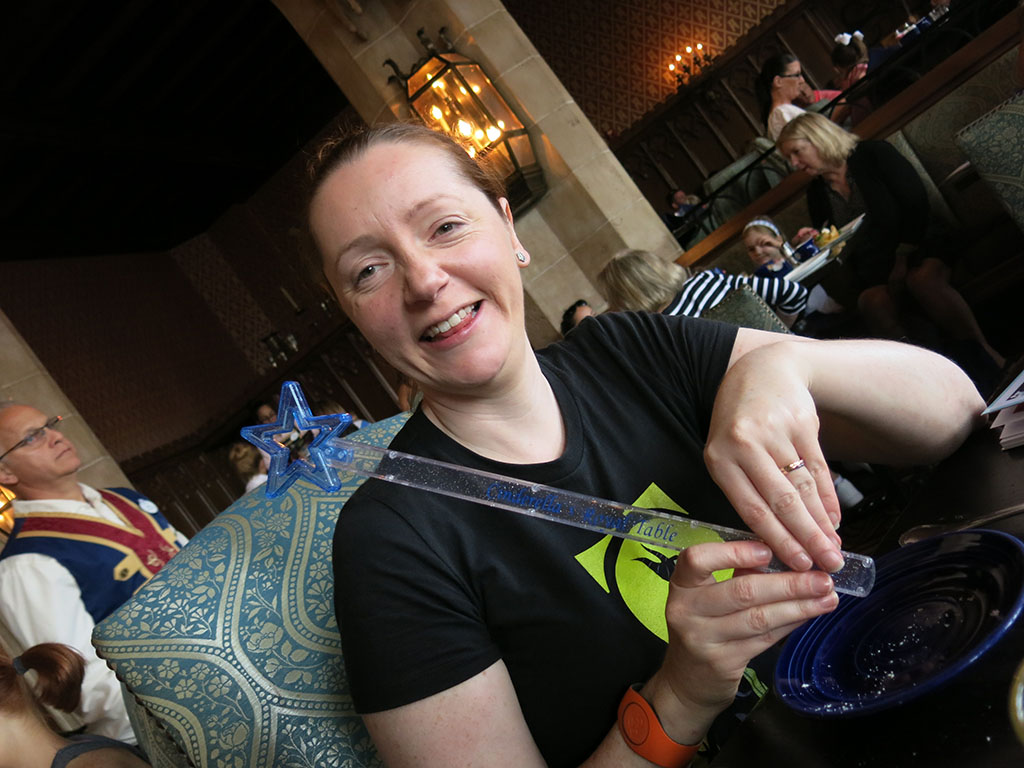 breakfast with a princess (aawww)

Kate wanted to celebrate her birthday by having breakfast there and being greeted by the array of princesses, of which we certainly met our share. Snow White, Aurora, Ariel, they all did the rounds. It was fun to watch everyone (especially the kids) losing their minds as they came to their table… a sweet way to start the whole Disney experience.

From here on in, and probably most of the Disney related blog posts, they will be pretty free form. There won’t be the blow by blow descriptions, as you don’t need to hear exactly what we did… rather I will try and give you the highlights!

Magic Kingdom is all about the traditional Disney rides, as are at most other Disney parks. So we enjoyed the relatively small number of people (for a Saturday at the very least) and made our way from ride to ride, with some character meetings in between.

Back to why you stay at a Disney hotel. Believe it or not, that allowed us to be able to book Fast Passes for rides a couple of months in advance, and while the crowds were not huge it still meant saving a lot of time. In fact, the system that looks after your whole Disney experience, the Magic Band, is pretty incredible. Our personalised bands were our hotel key, park tickets, parking passes, our pass to get onto rides more quickly, payment system, you name it. And for the most part it worked pretty flawlessly. 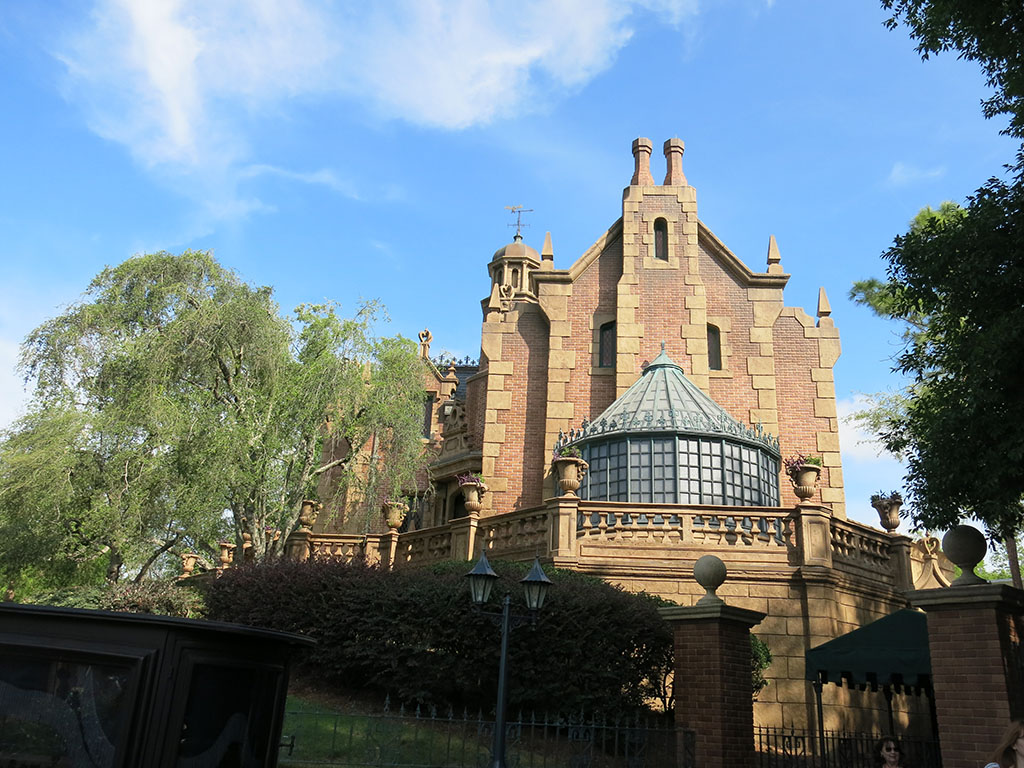 So we used our fast passes and smashed out as many of the big rides as we could. We went on our mutual favourite, Haunted Mansion nice and early, which was ace, as it had been quite a while since I had seen it in it’s proper state (my past visits to this ride had all been Christmas themed). But I wasn’t prepared for the nice Magic Band surprise at the end (spoiler coming!). Assuming the ride recognised us from our Magic Bands, the hitch hiking ghost in our carriage at the end was holding up a sign saying “Australia here we come!” which was a total awesome spinout. A rad touch.

We got on to another fave, Big Thunder Mountain Railroad not long after, as well as the seeming most popular ride, the Seven Dwarves Mine Cart. Not sure why, as while it was fun, Big Thunder is still the mine cart of choice in our opinion.

The day had an extra fun flavour as unbeknownst to us, it was an unofficial fan day called Dapper Day, in which the park was flooded with folks dressed up in their best “dapper” gear, meaning mostly your 50’s costumed, and in some cases heavily tattooed glamour look. The dudes had their beards and moustaches perfectly groomed and it made for a great day of people watching. 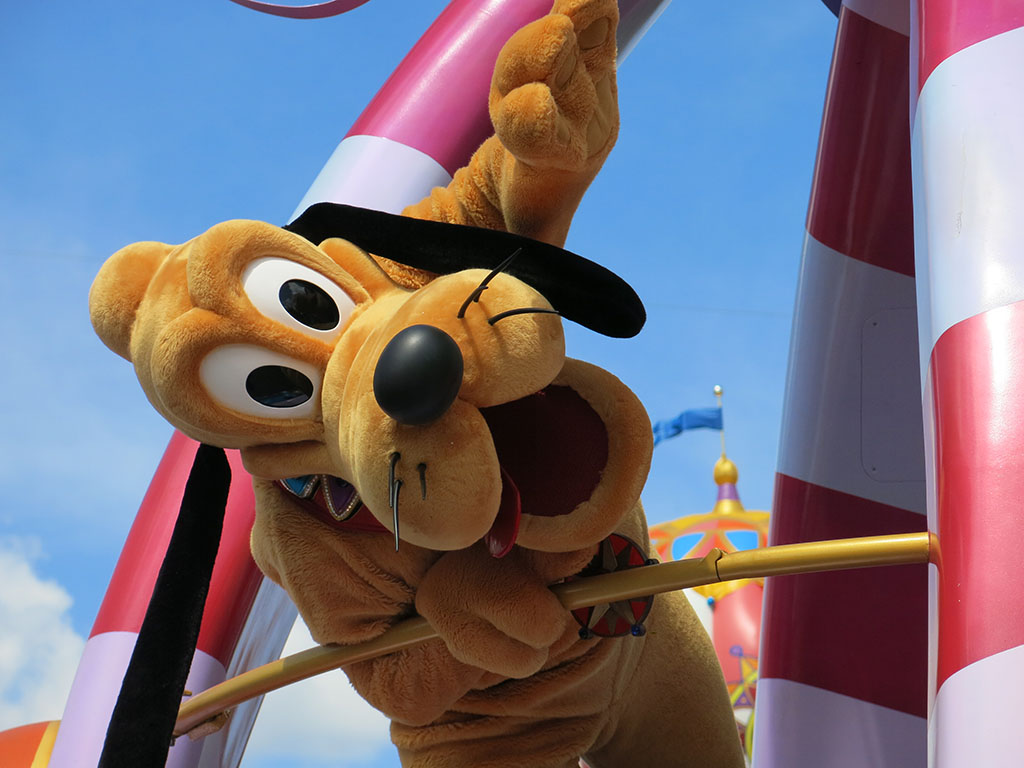 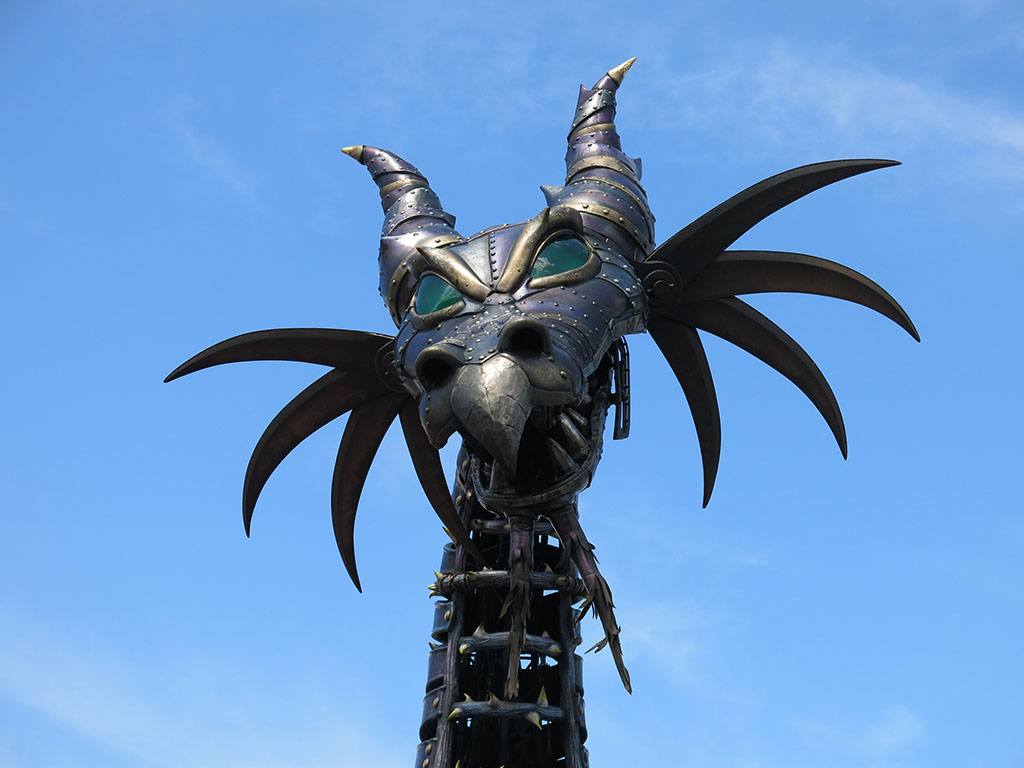 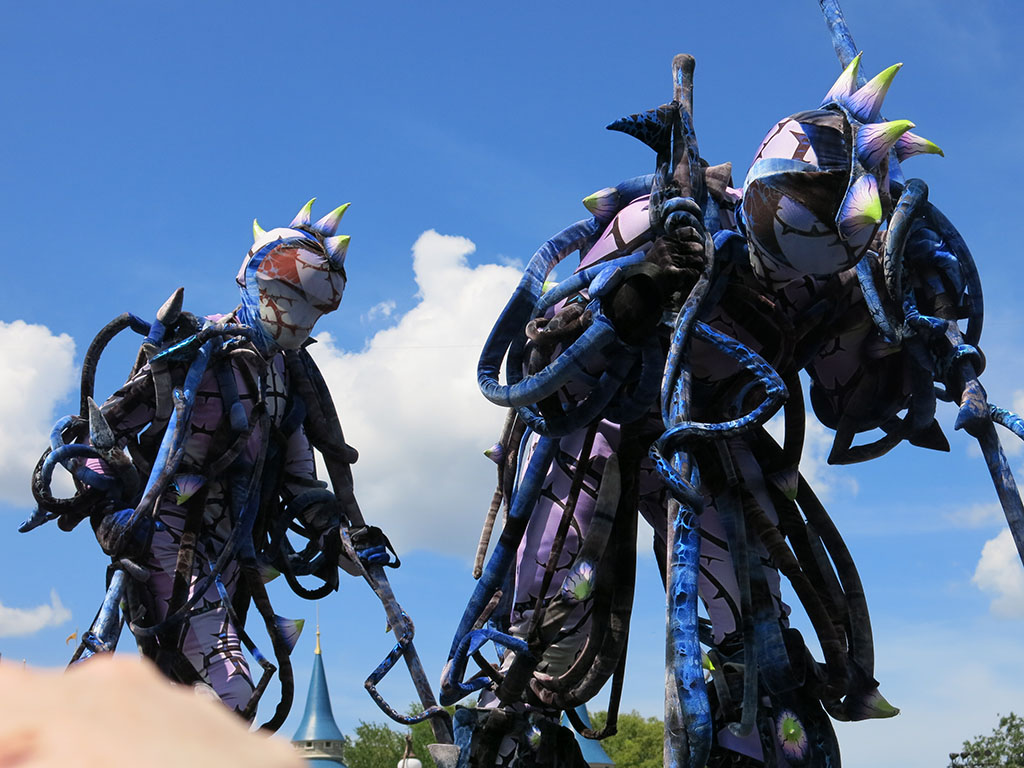 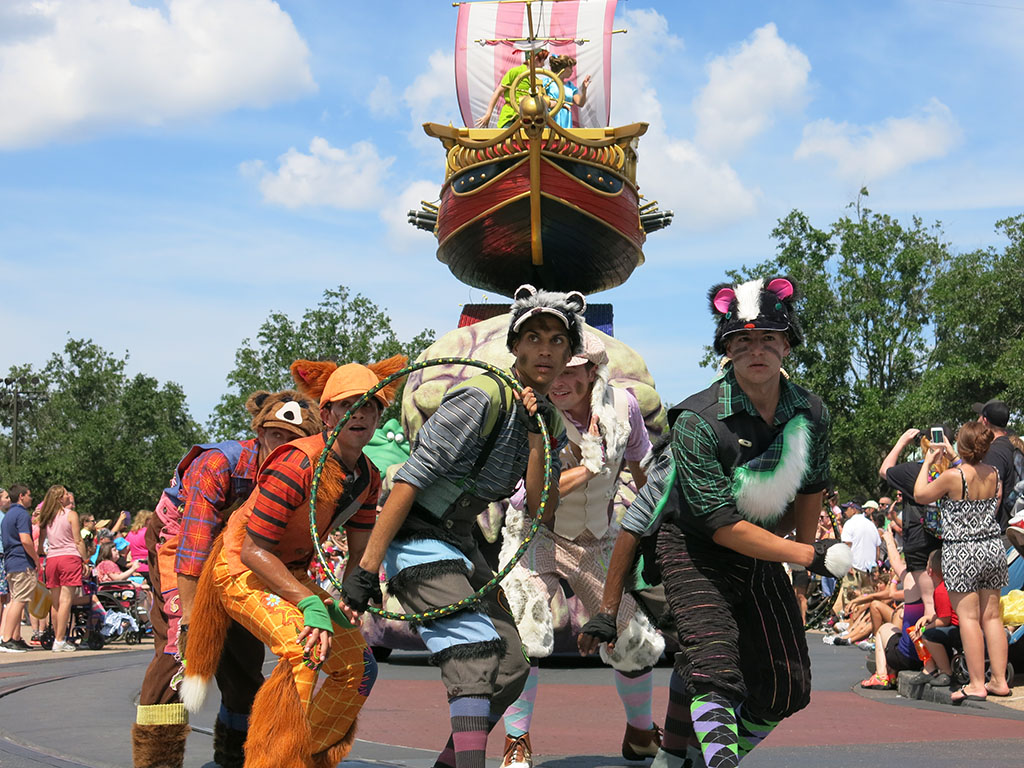 But now it was mid afternoon and that meant it was time for the first parade of the day. We were at the centre of the park, so found a bit of pavement, and camped out for a wee bit for the parade to start. The Florida heat was not too bad, although we knew we should pack an umbrella for shade if nothing else. In no time the parade was underway. It was the usual array or floats and characters and dancers and shenanigans. Given it wasn’t too crowded in the park, we had a nice clear view of everything. 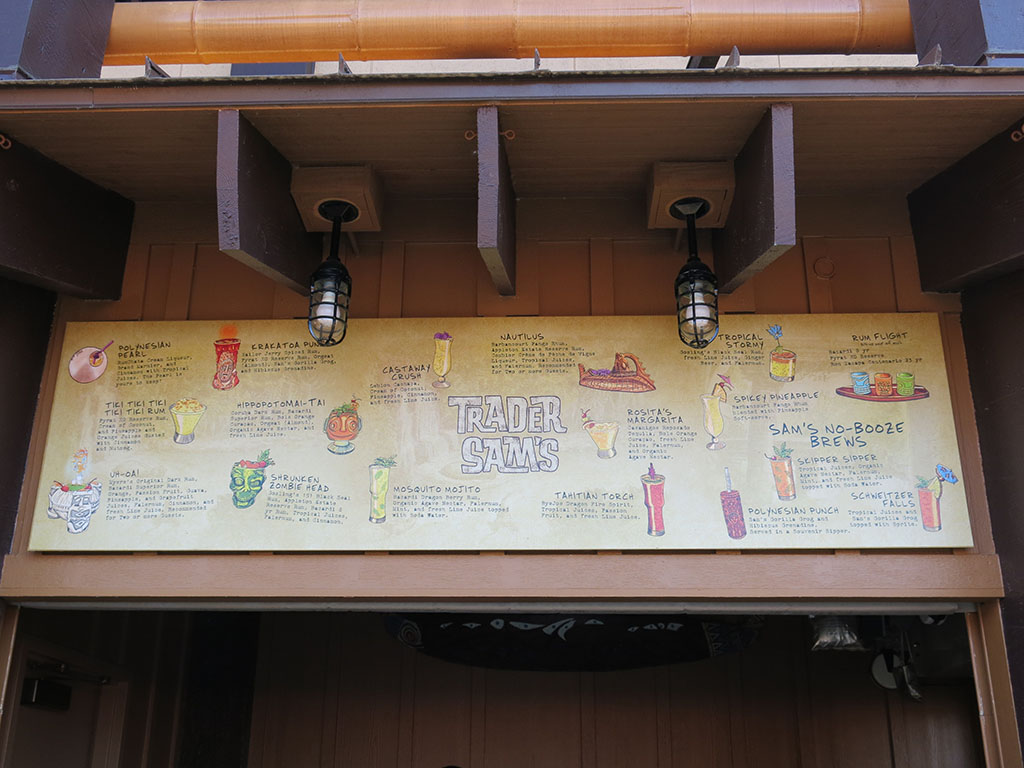 What other highlights did we have? Well, not waiting long for rides was awesome! But given the nice warm humid Florida weather, we also took a couple of hours off in the afternoon to sneak out of the park and head to nearby Trader Sams bar. We had visited one at California Disney Springs and it was great fun, so why not visit this one too? The idea is that it is Tiki themed and various shenanigans happen when certain drinks are ordered. Sadly, the main bar had a 2 hour wait, so we just took a seat outside and had a sneak mojito and margarita which was going to be some fuel to get us through the rest of the day. 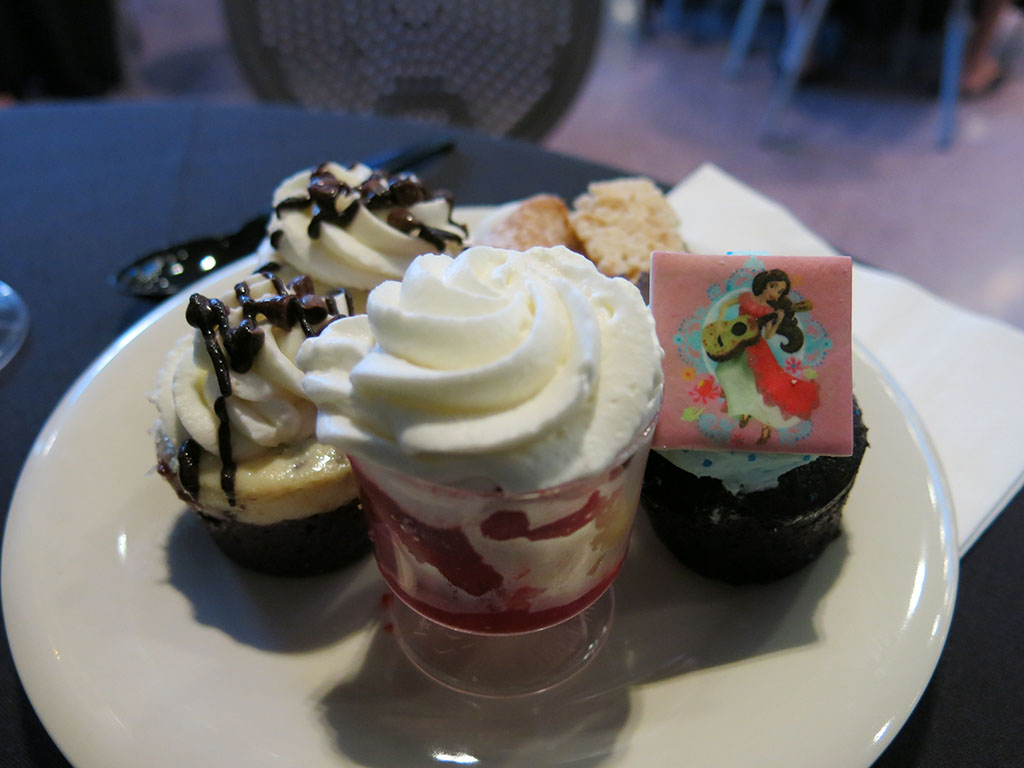 We headed back into the park and continued smashing out rides until it was time for another preplanned activity, the Wishes Fireworks Dessert Party. This gave us not only a tasty array of desserts but also a prime position for the nightly fireworks show. So after getting sugared up, we were lead to our spot for a great view of the castle and the show. The Wishes show had only a couple of weeks left, so it seemed lots of people were turning up just for the fireworks. But then after that many seemed to depart leaving Kate and I to run amok in the park for a couple of hours getting on to any ride we liked. The nighttime Jungle Cruise was a highlight with a great boat driver, complete with her deadpan script delivery down pat.

We called it quits at park close, meaning we didn’t get back to our hotel until close to midnight. Yep, 8am – 11pm of Disney. And this was just the start.