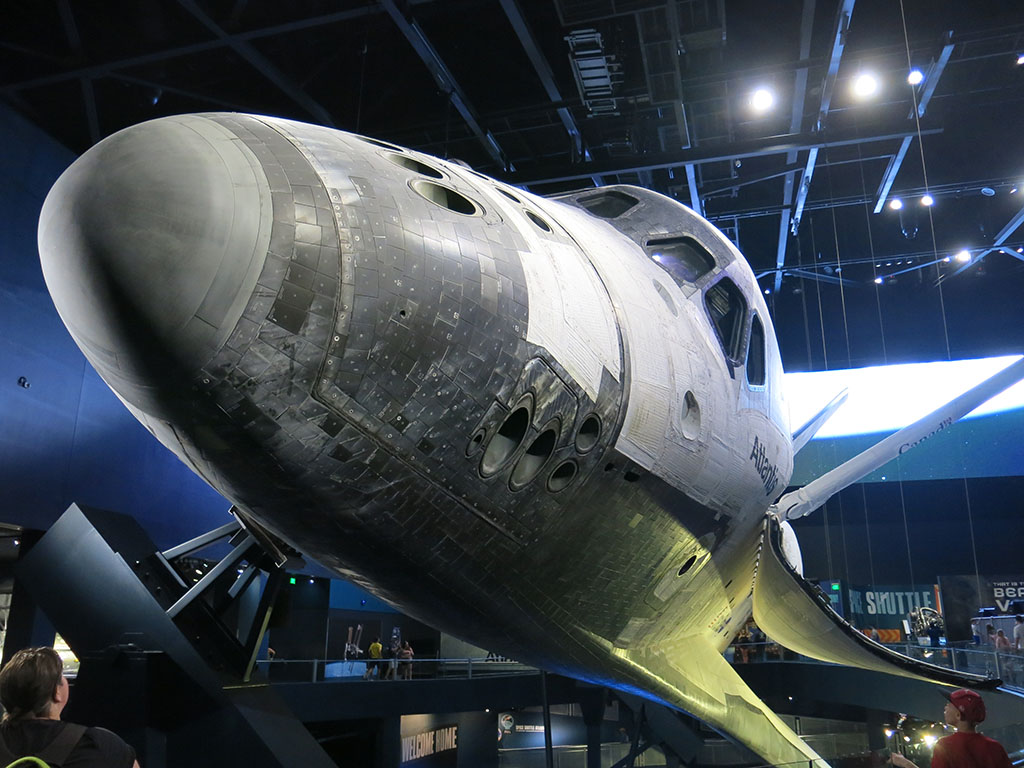 Believe it or not, we interrupted our Disney experience just one day in to head to a new destination, one I was super excited about… NASA at Kennedy Space Centre! Time to be an astronaut! 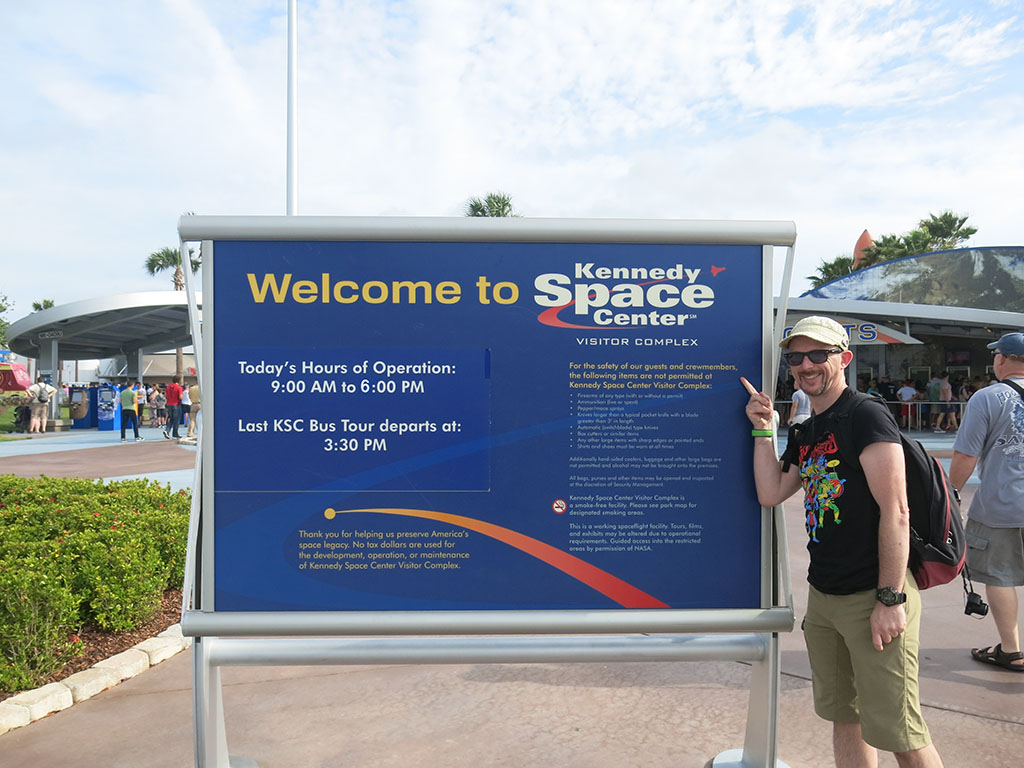 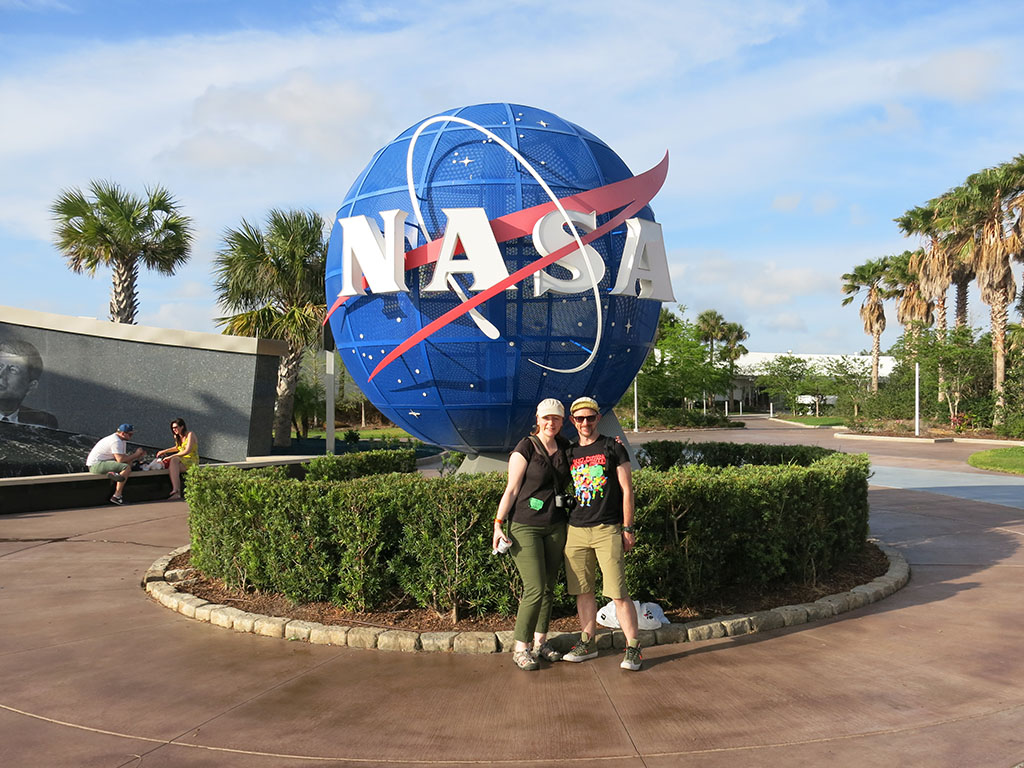 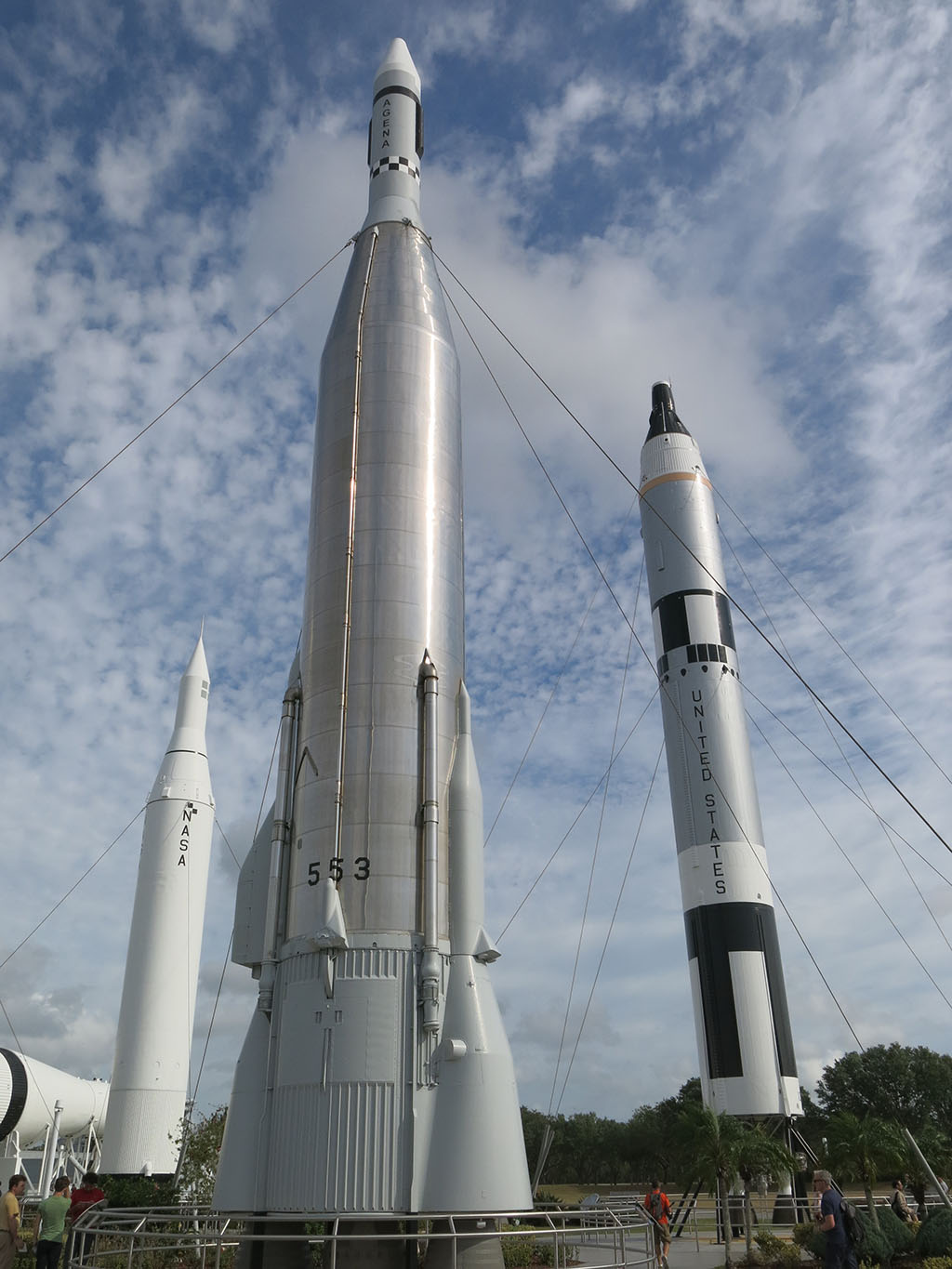 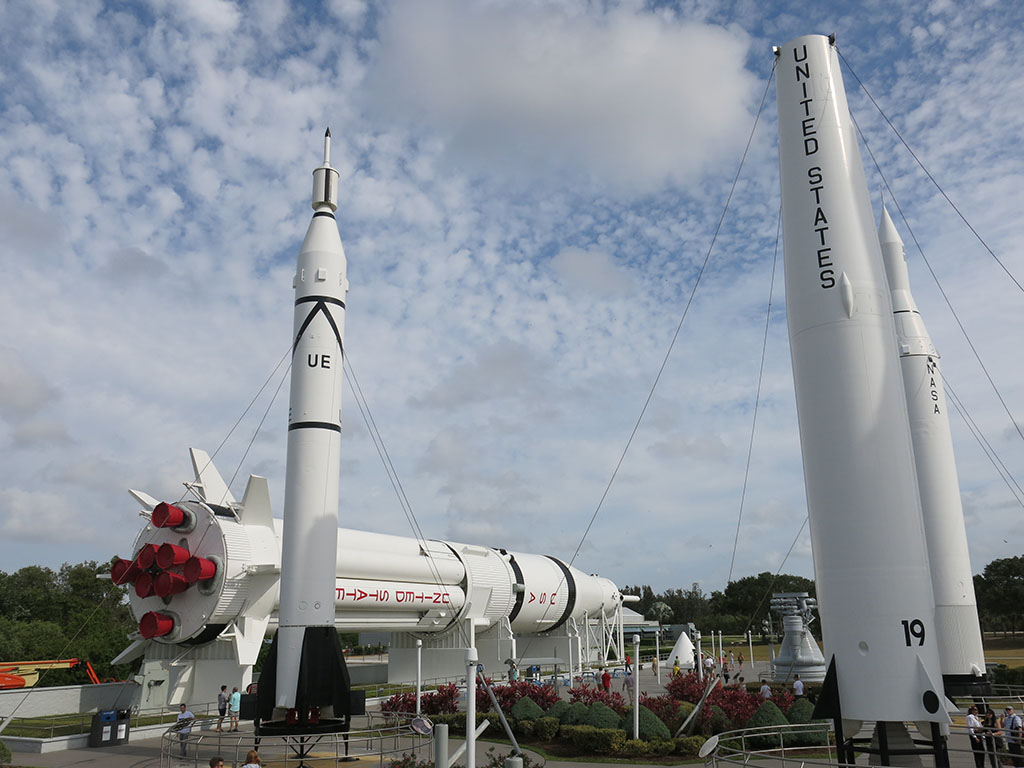 It was about an hour away so we jumped in the car and had a cruisey drive there. In some respects I had no idea what to expect. All I knew was that it was what my 8 year old self was looking forward to. So in we went and were immediately greeted with a “Rocket Garden”… a big open space full of used rockets from different parts of the space program. So cool! I even got to jump into a capsule and pretend I was plummeting to Earth. 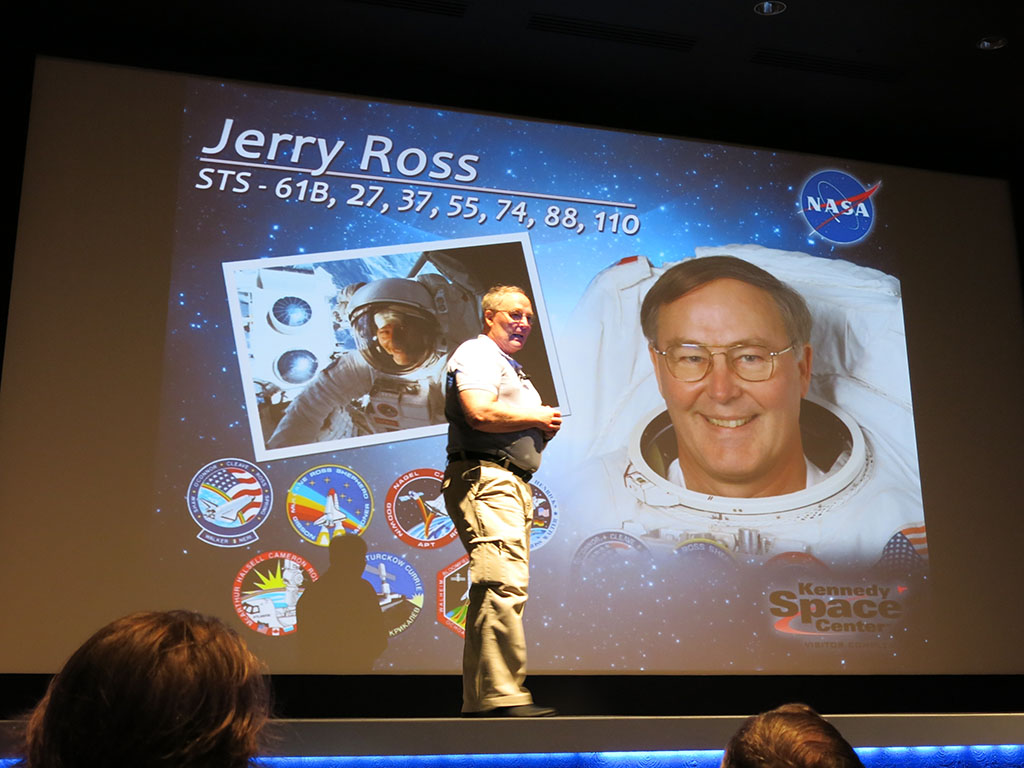 Early on in the day we got to experience something I had not expected we would be able to do, which was to hear a talk by a former astronaut. A real astronaut! Jerry Ross completed 7 shuttle missions and was there to give us a run down of what it was like to be an astronaut. To be so close (and meet!) someone who had been in space that many times, and completed a number of space walks to go with that, was pretty nuts. 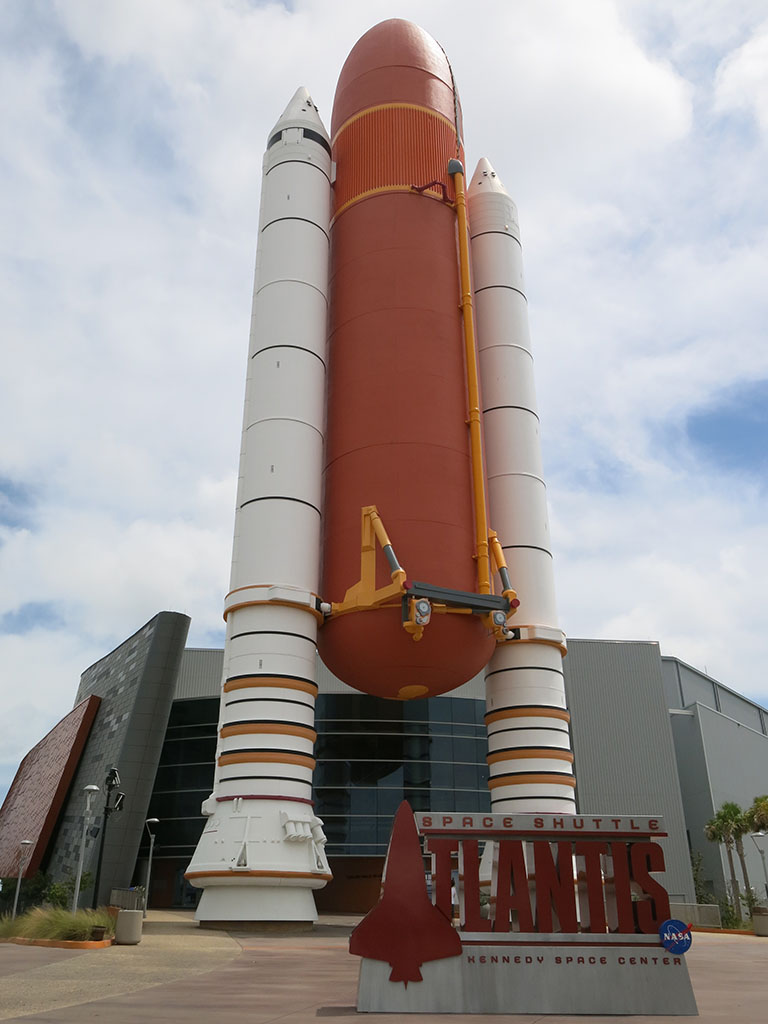 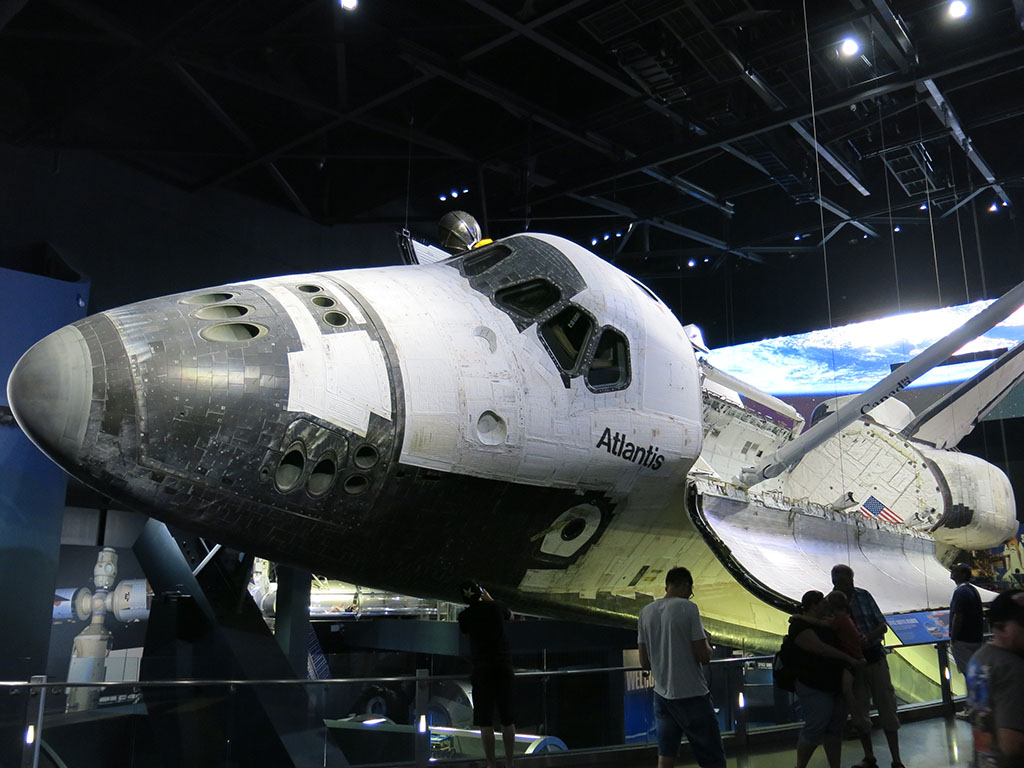 From there, we went off to see one of the coolest things at the centre, the actual Atlantis space shuttle. A REAL space shuttle! This was easily one of the coolest displays I had ever seen (spoilers coming up!). After watching a short film on massive screens, the final shot slowly faded to reveal the real shuttle hiding behind, which you would then walk through where the screen was to find the Atlantis hanging from the ceiling. Damn, it was amazingly spine tingling. 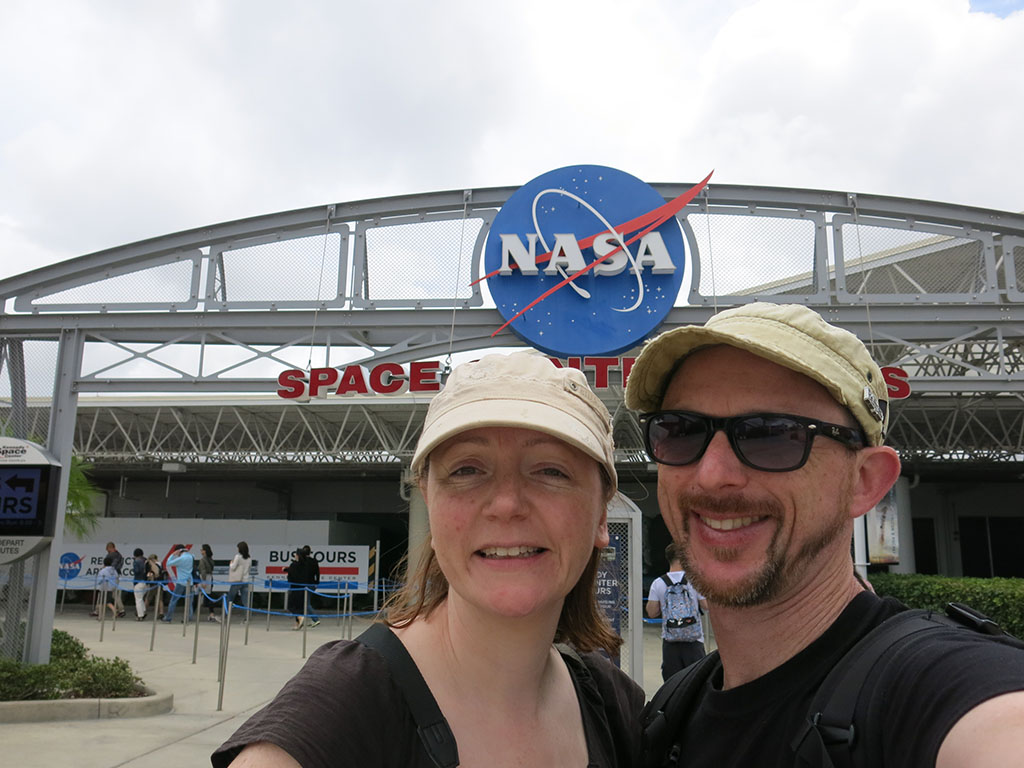 We only had a little time to explore the Atlantis and its story before we needed to be heading to the check in point for our optional tour that we had booked on. We were going to be visiting the NASA mission control centre! So on to a bus we hopped and headed out of the complex toward the rocket launch areas. 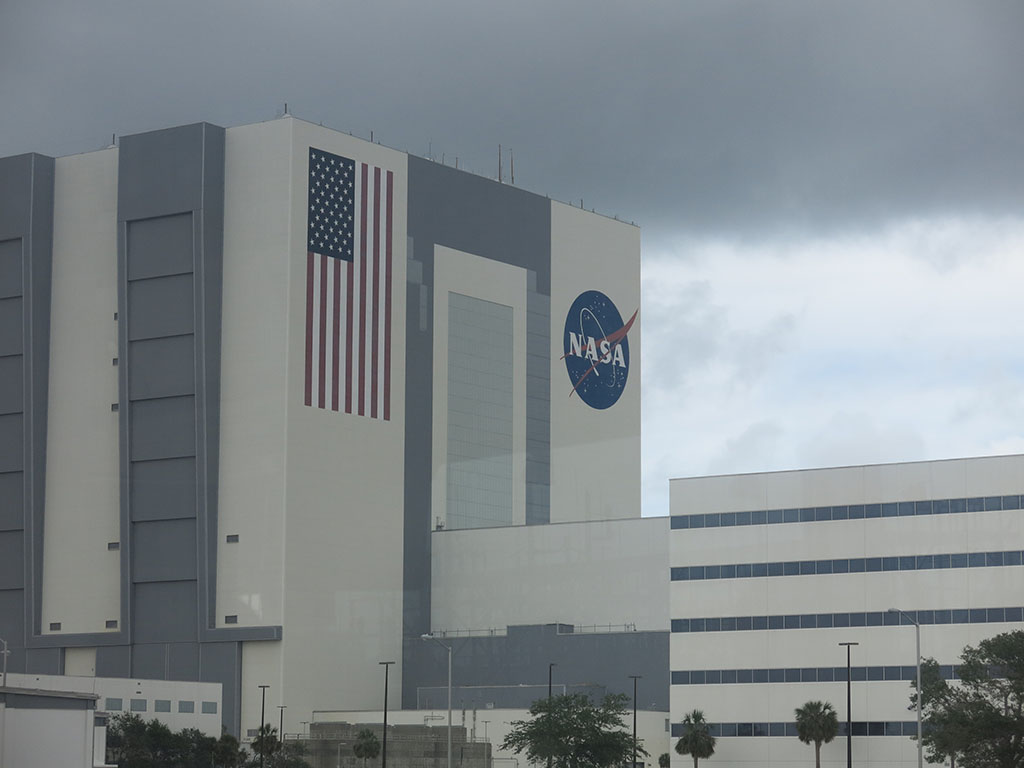 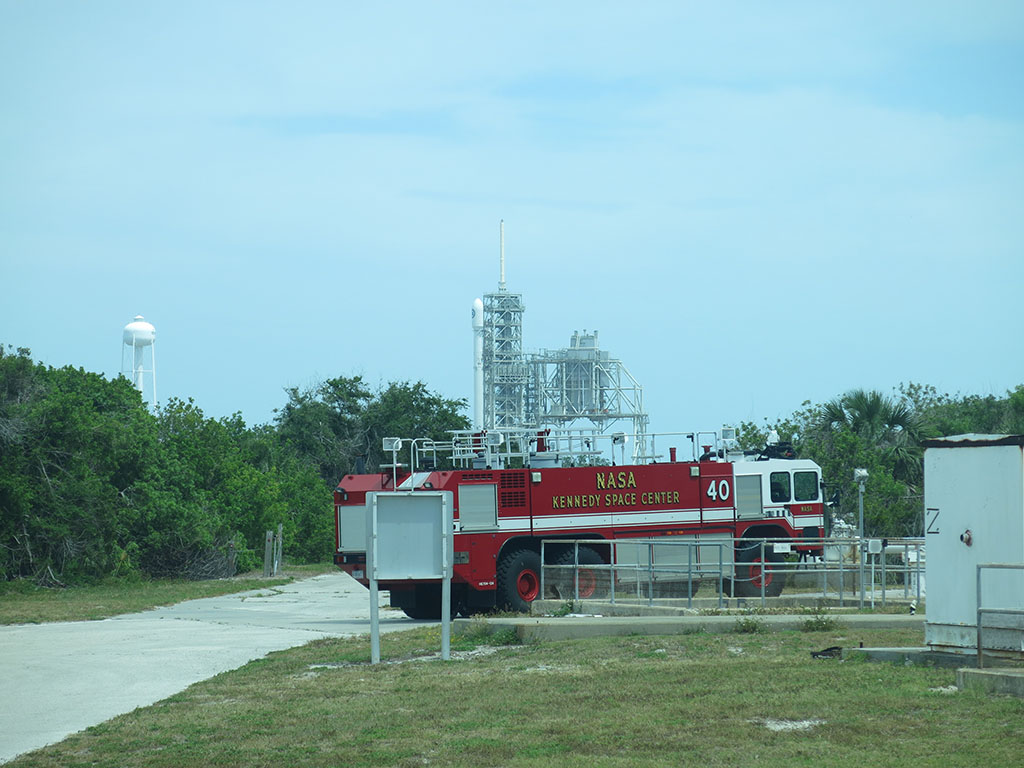 Today were very fortunate, as that morning SpaceX was scheduled to launch from one of the actual launch pads we were to see. A “sensor error” meant that it didn’t launch and it was there sitting on the launch pad waiting for us to see it! While we couldn’t get too close, we could indeed see it there, ready for the next mornings launch. Now THAT is cool. 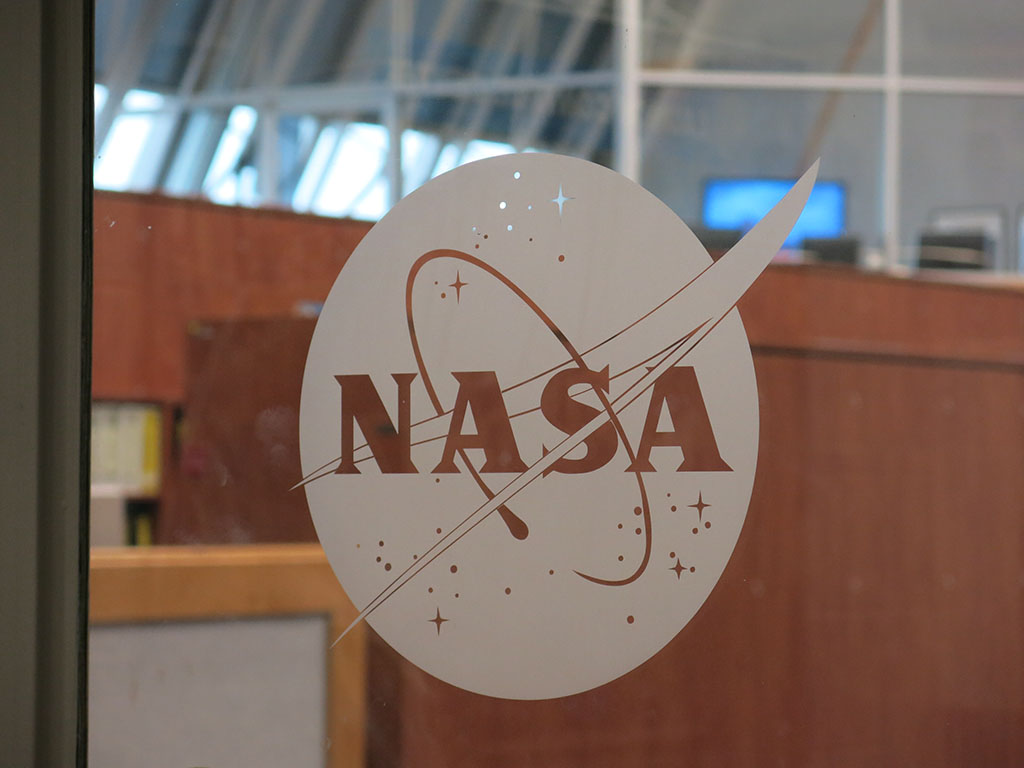 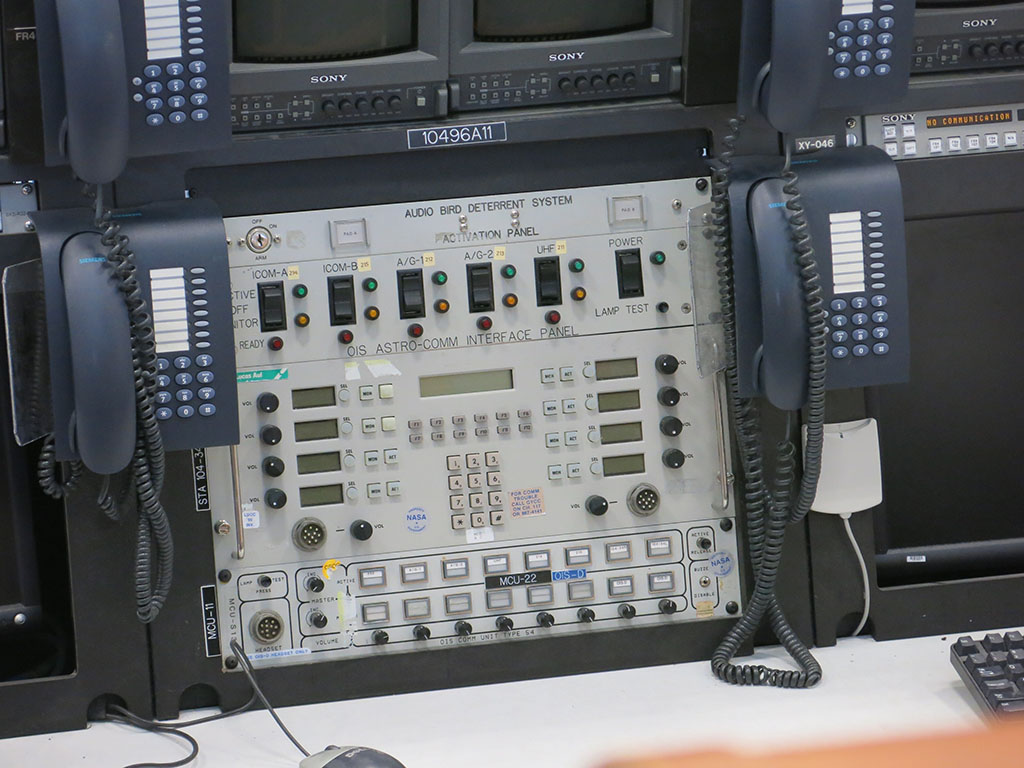 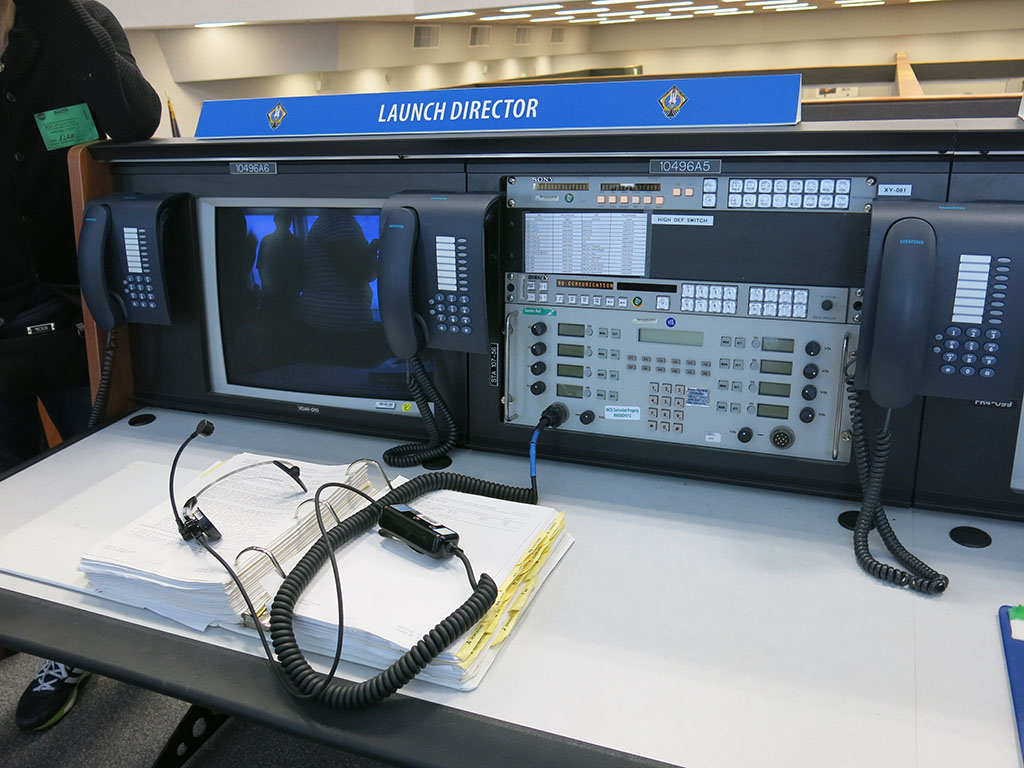 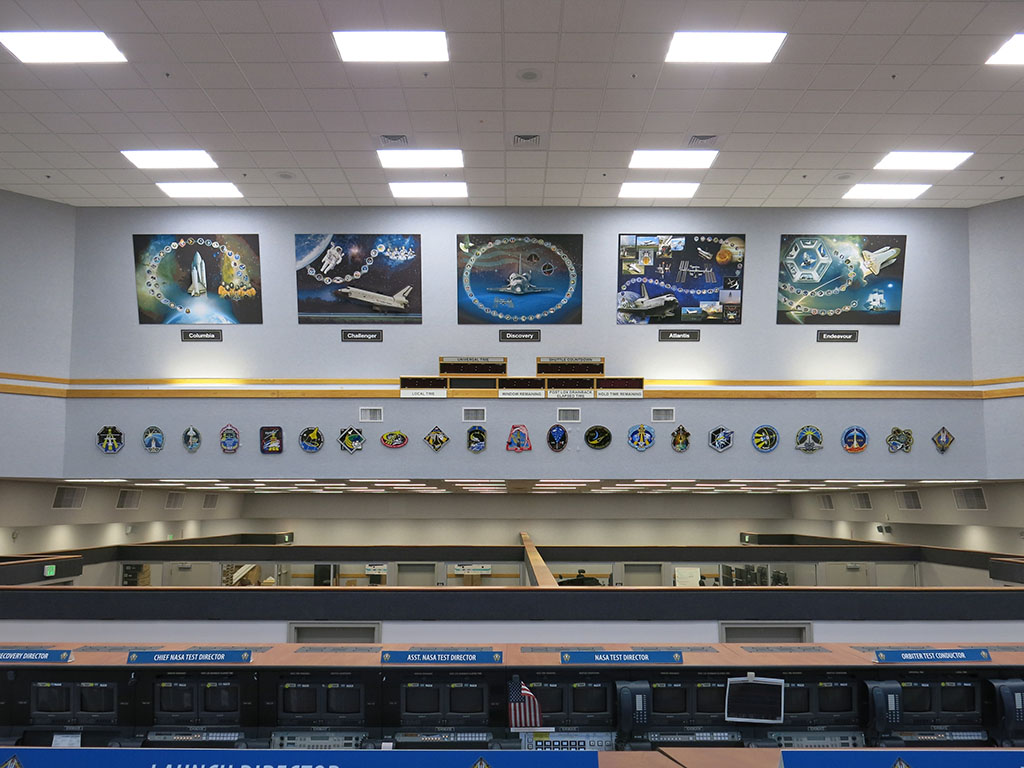 We then arrived at the main NASA building housing the control centre, which was very tight with security. After going through more checks, in we went and up to the 3rd floor. There we got to enter the mission control centre, in all its 70’s vibe and glory. It was amazing to think that here was the place where countless missions were launched and monitored, and where many dramas had unfolded.

While we couldn’t do too much in there due to security, we did get to spend a bit of time and hear quite a bit more about its place in history. It was fascinating to hear that it is now used mostly by private companies such as SpaceX for their launches. That’s the way of the world these days I guess. 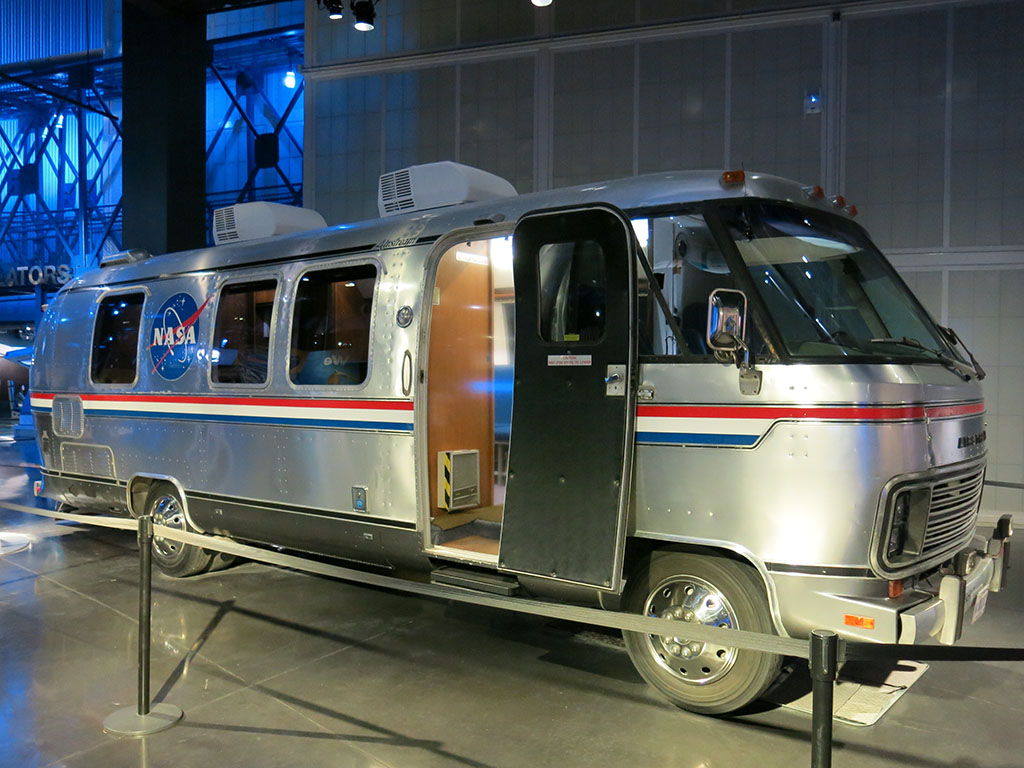 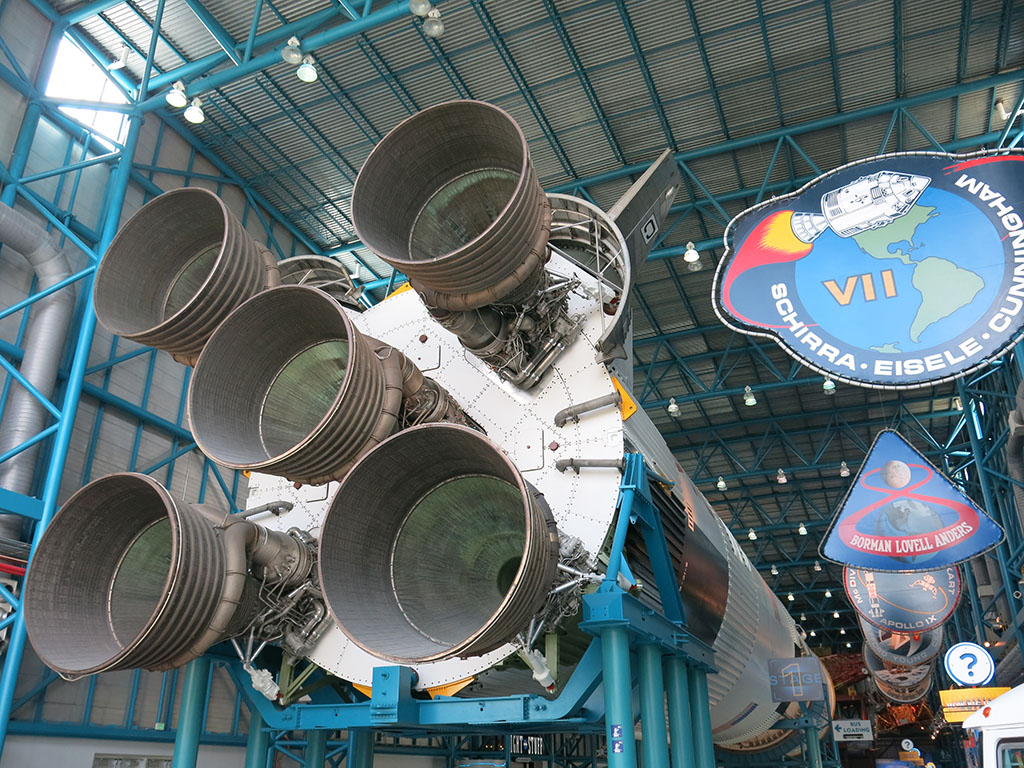 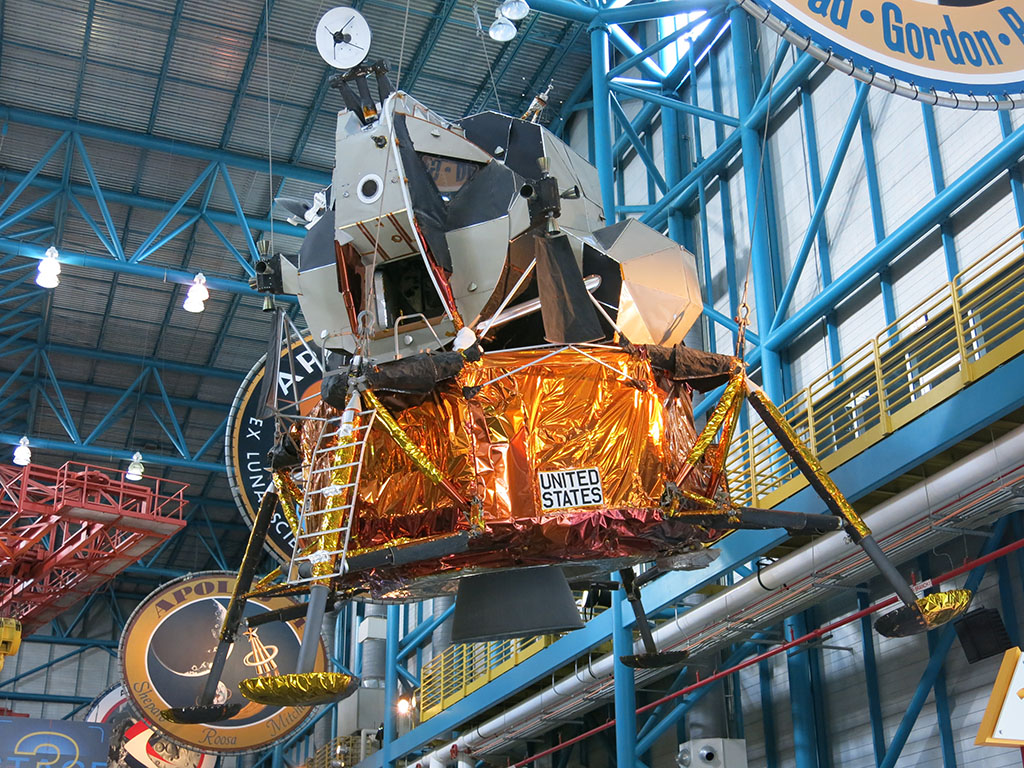 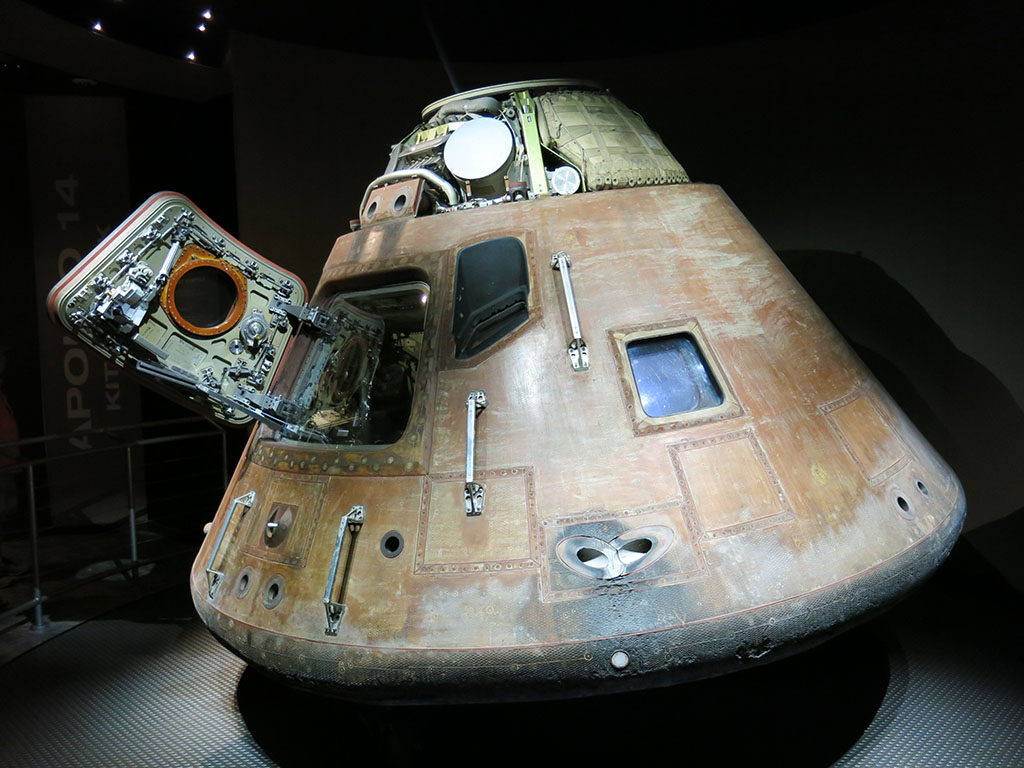 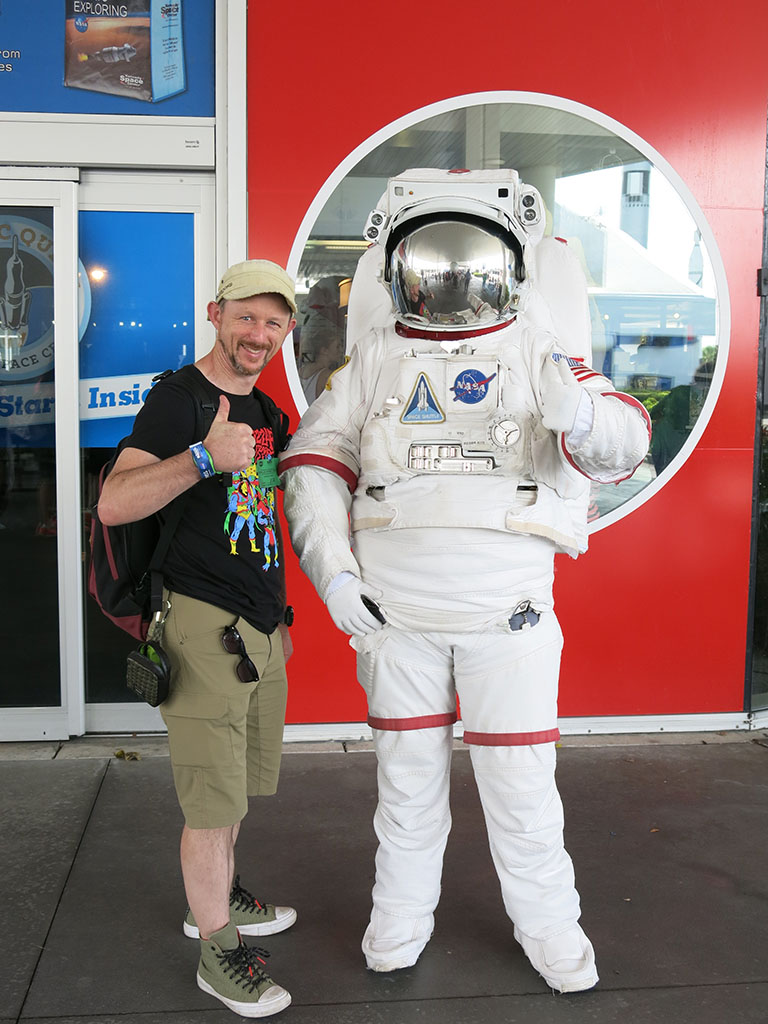 From there we were dropped off at the other main display area, home to many other pieces of history such as lunar rovers, capsules and the like. Sadly our day was fast disappearing, and so we just got to have a quick wander and soak it all up.

In no time at all, a full day had disappeared. I didn’t have too much idea of what to expect to be honest, but it was amazing. We could easily have come back to spend another whole day as we didn’t have the time to enjoy every exhibit fully, or even watch any of the many IMAX features that were showing. 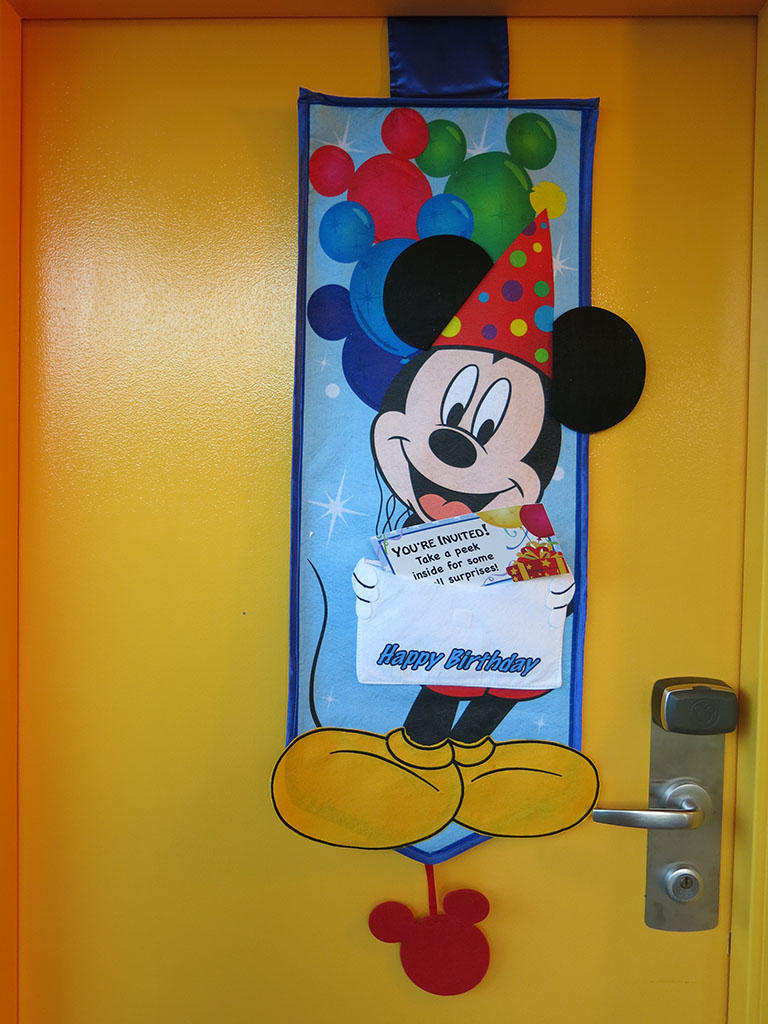 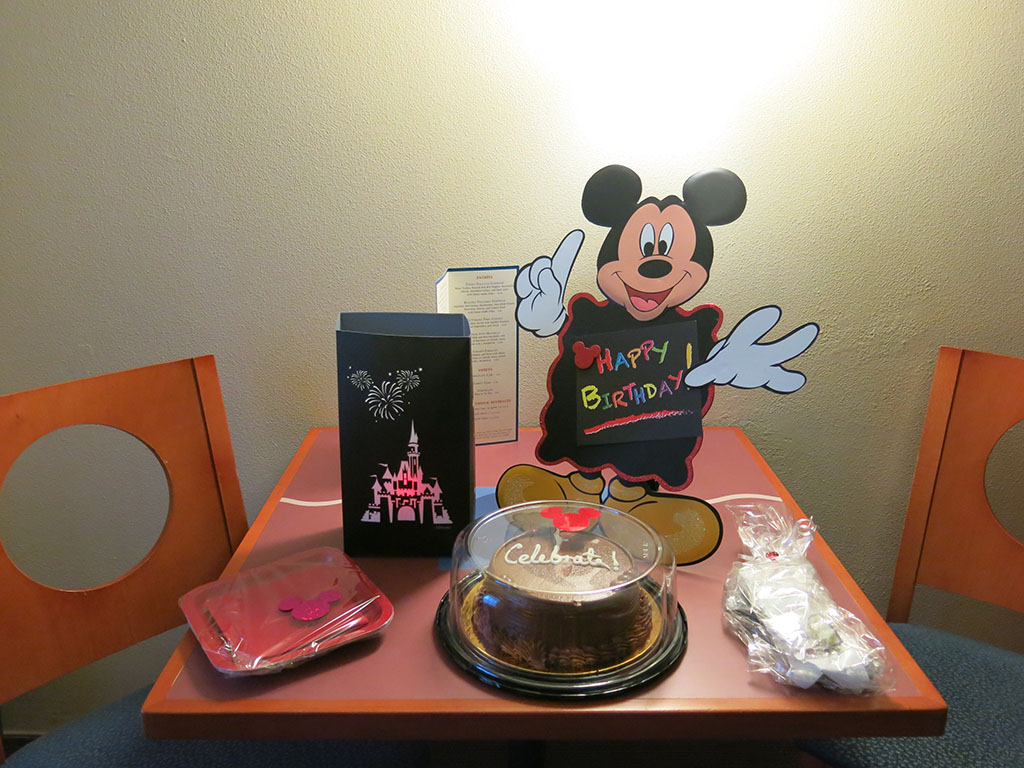 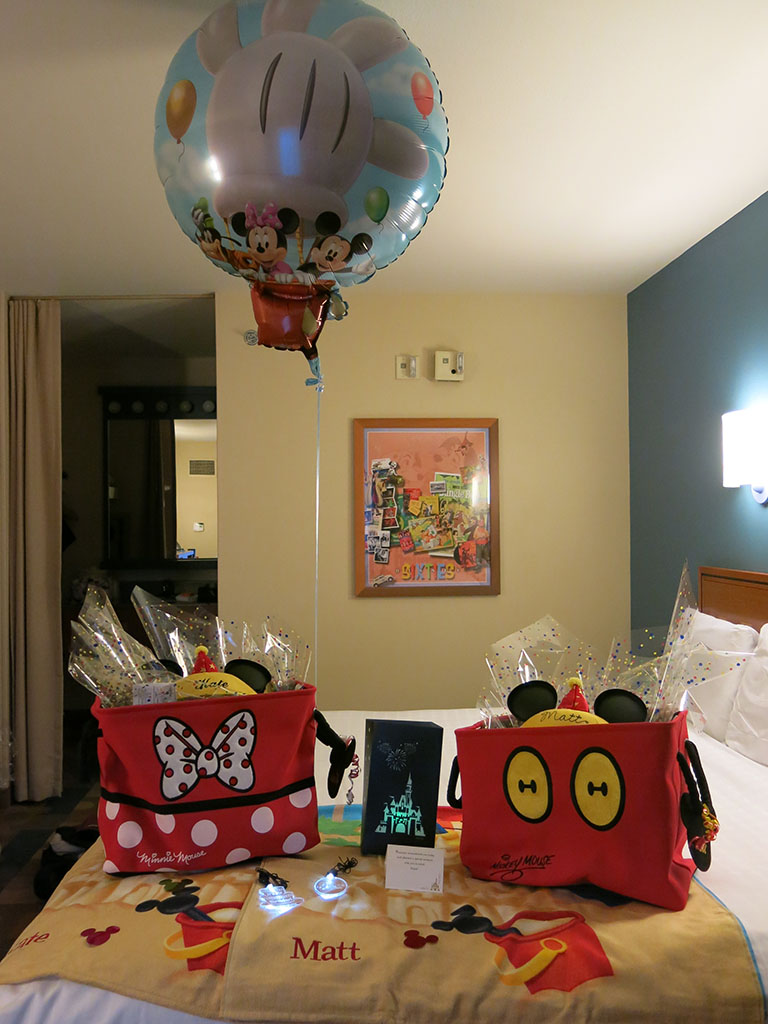 So at 6pm it was back in the car and back to Pop Century. As we arrived, I found a surprise waiting for me… Kate had organised a surprise birthday present for me! The door was adorned with Mickey and inside was an amazing gift parcel for me including presents and cake. It totally blindsided me and was a super sweet surprise 🙂

And then it was time for bed. Every day was proving to be jam packed full and we had to get to bed for another early morning.