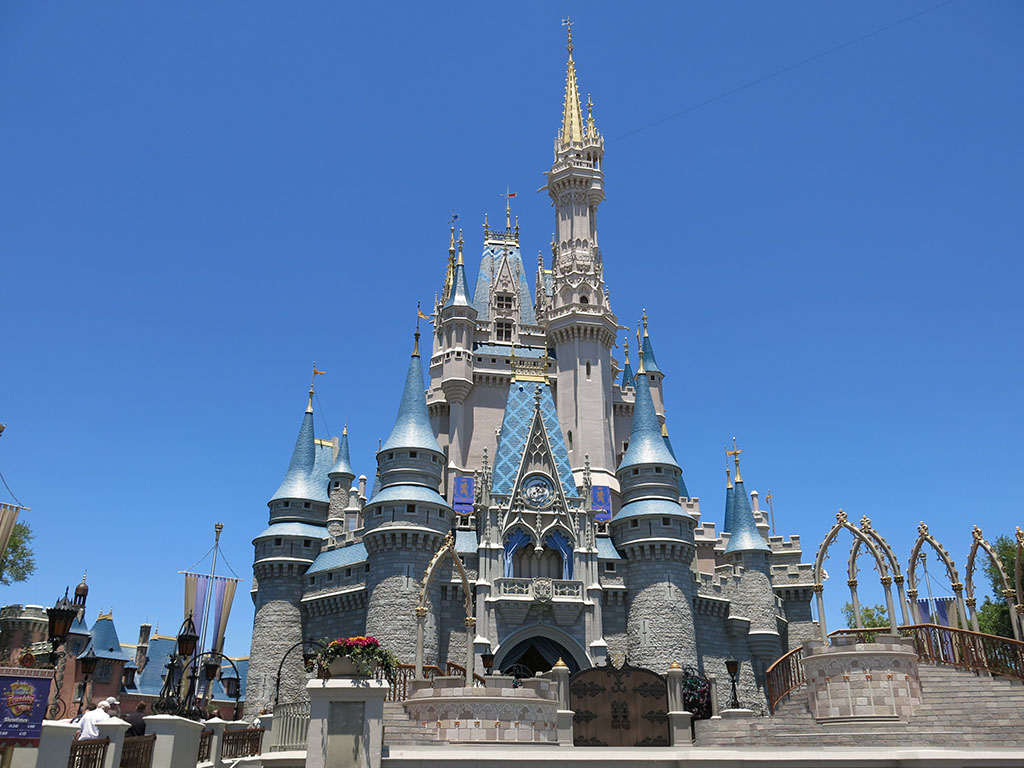 one last look at the castle

How times flies. A week ago we had arrived after a fairly long journey and were at the gates of Magic Kingdom at 8am. Now, 7 days later, it was the same situation, however in the past week we had done all 4 Disney parks, Universal Studios, and the Kennedy Space Centre. One last day to act like kids (well, some would argue I do this most days and you are probably right). 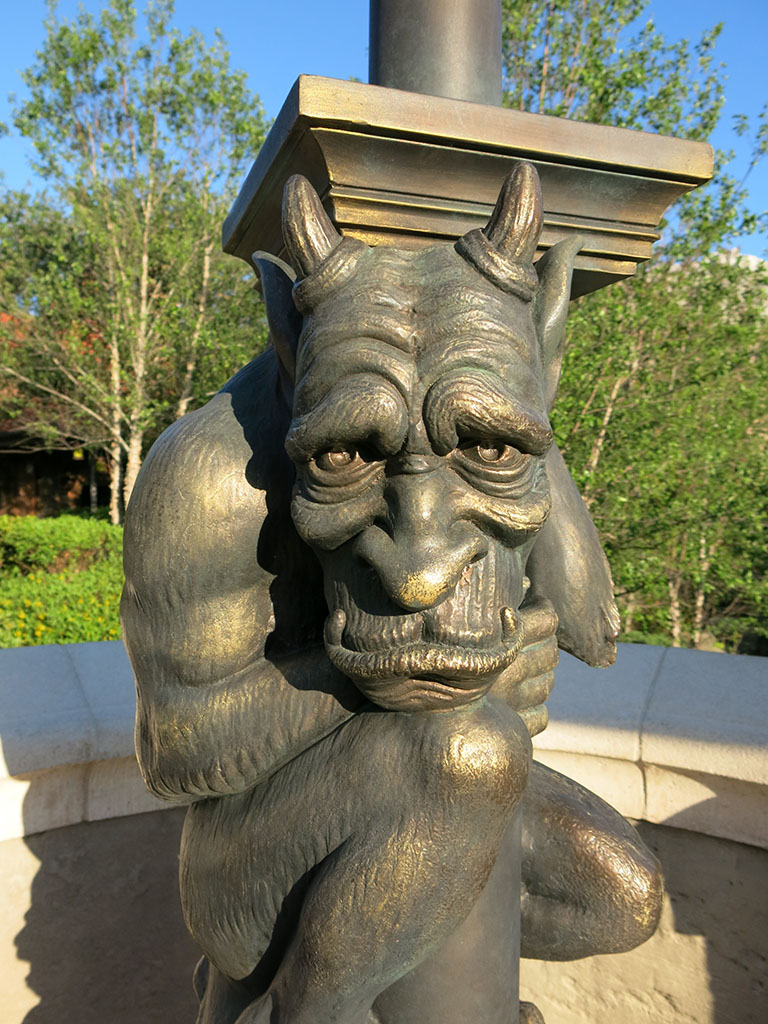 into the beast’s lair

Of course it was another early morning to do a Disney breakfast, this time in the Beast’s Castle. There were no character meet and greets, but it was just to have a good brekkie in elaborate surrounds, and be in the park nice and early. The castle was pretty cool, with all kinds of Beauty and the Beast ephemera about.

From there it was all about filling some gaps of things we hadn’t done (and getting on some of our favourites again). We were right next to Peter Pan’s flight so jumped on. For reasons unbeknownst to both of us, the line is always huge for this ride. I mean, it is fine, but it is just an elevated boat type ride through the Peter Pan story. We went on since we were literally first in line, but neither of us think it is worth the typical 90 minute wait.

From there we went to our first fast pass ride, Splash Mountain. Lucky we sorted fast passes as the line was… non existent. Nope, a 5 minute wait. That was OK… on we went and got nice and wet as we hoped… and then went straight back on. Why not?! It was already warm, and we may as well get doubly wet now than wet again later! So back on started our day nice and soaked. Oh yeah.

We jumped back on to some of our other favourites. Big Thunder got a run (still better than 7 Dwarves Mine Cart) and also onto Jungle Cruise (sorry driver this time… you weren’t as good as our first one last week). 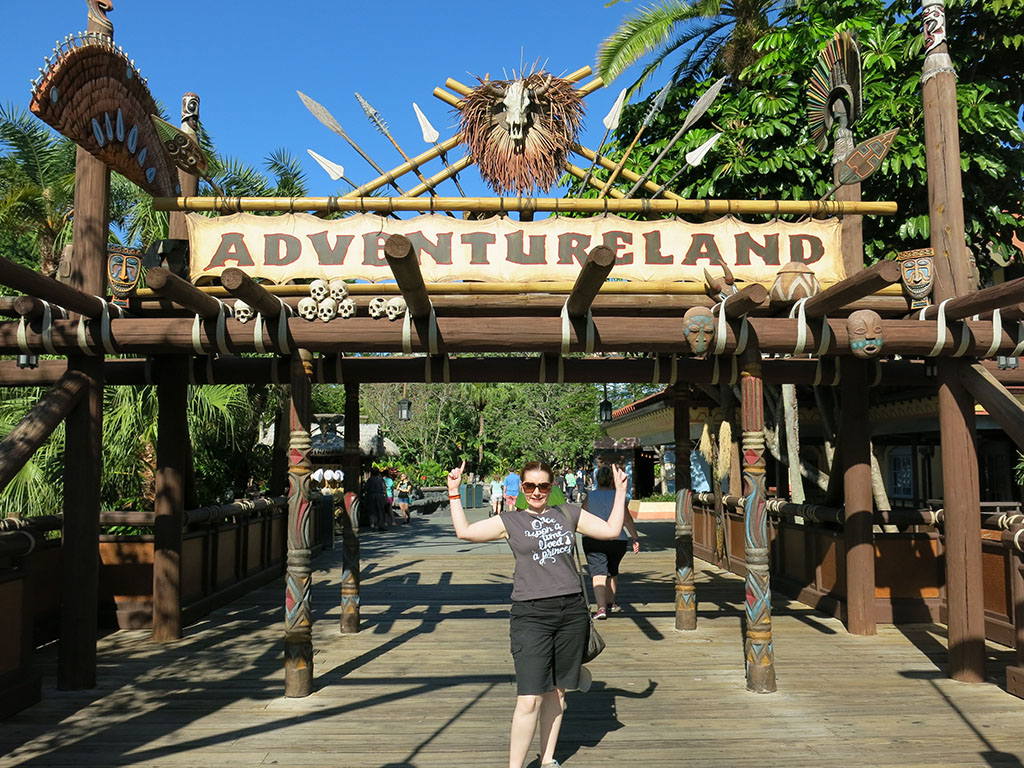 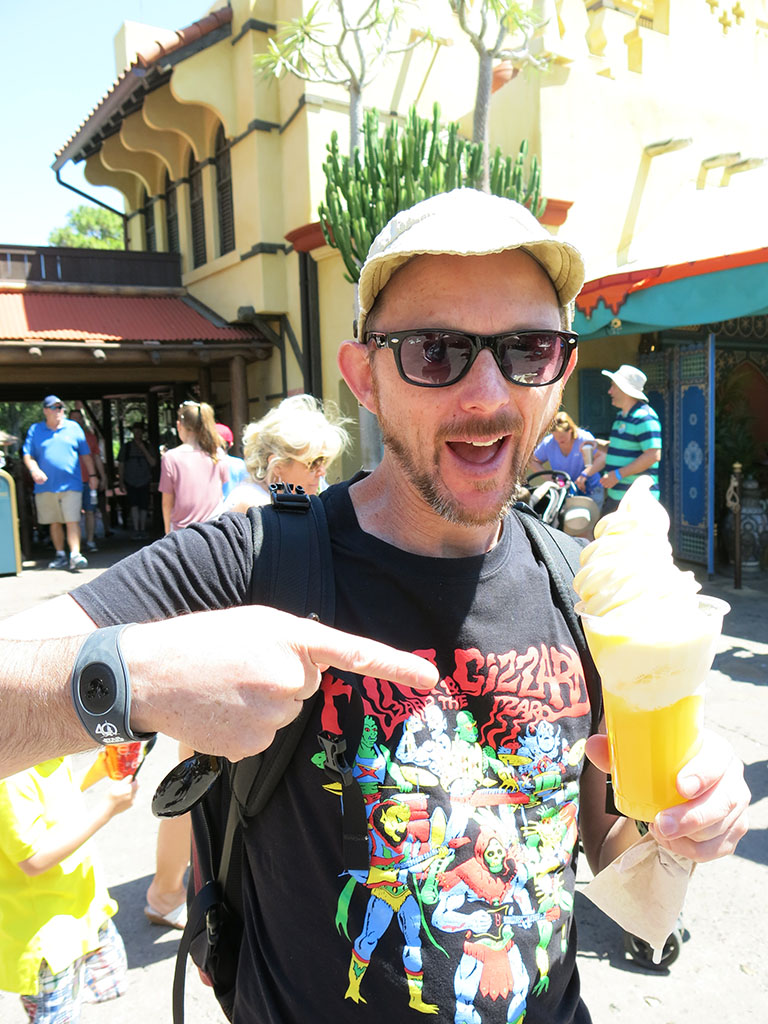 In our travels through Adventureland, I finally got myself one of my Disney must-gets. Dole Whip Float! That super sweet Dole pineapple whip with pineapple juice is so delicious and perfect in the Florida heat. So much better than the Beer Float from a few days ago. 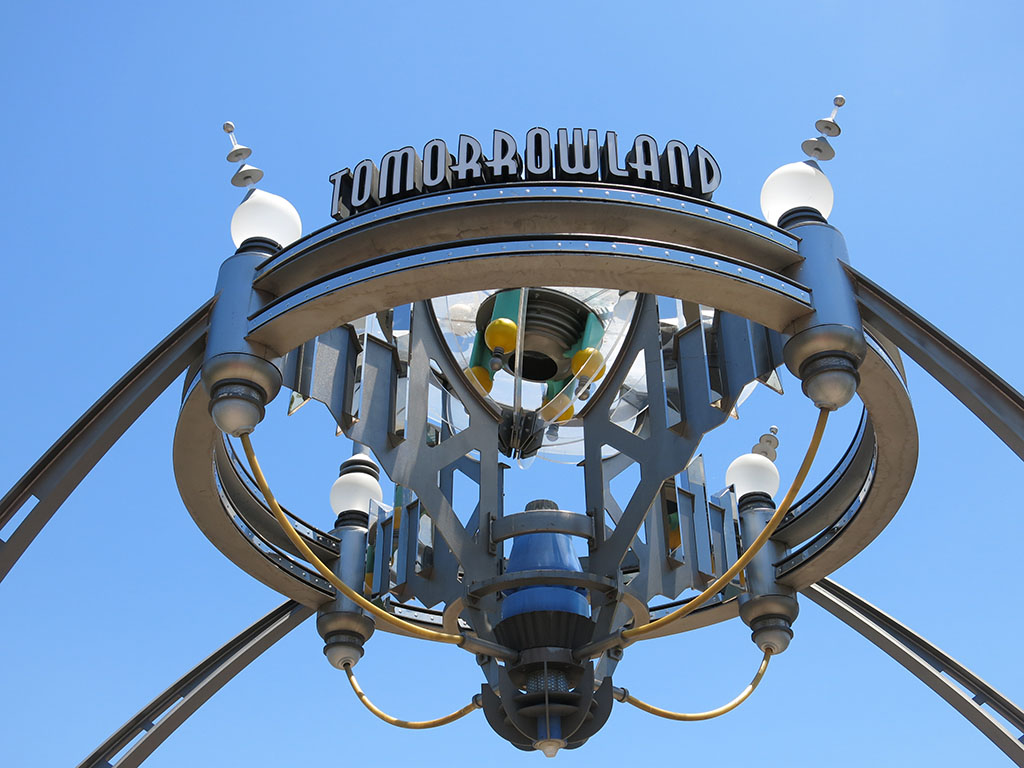 It was then into Tomorrowland to jump on a couple of rides. We popped on to one of our usual favourites, Buzz Lightyear Astra Blasters, which was actually named something slightly different. Once on the ride we found out why. It must have been the first version of the ride as it was very lacking compared with the usual. Everything about it (the guns, the targets) just seemed off. Oh well, now we knew.

Space Mountain also seemed a bit different. Neither of us could remember it being more of a sled that you rode in (single file, just like a bobsled). The ride itself seemed the same… rollercoaster in the dark with things flying about… but again it just seemed a little different. This must have been how they tried to differentiate Disneyland and Magic Kingdom a bit decades ago when this was built. 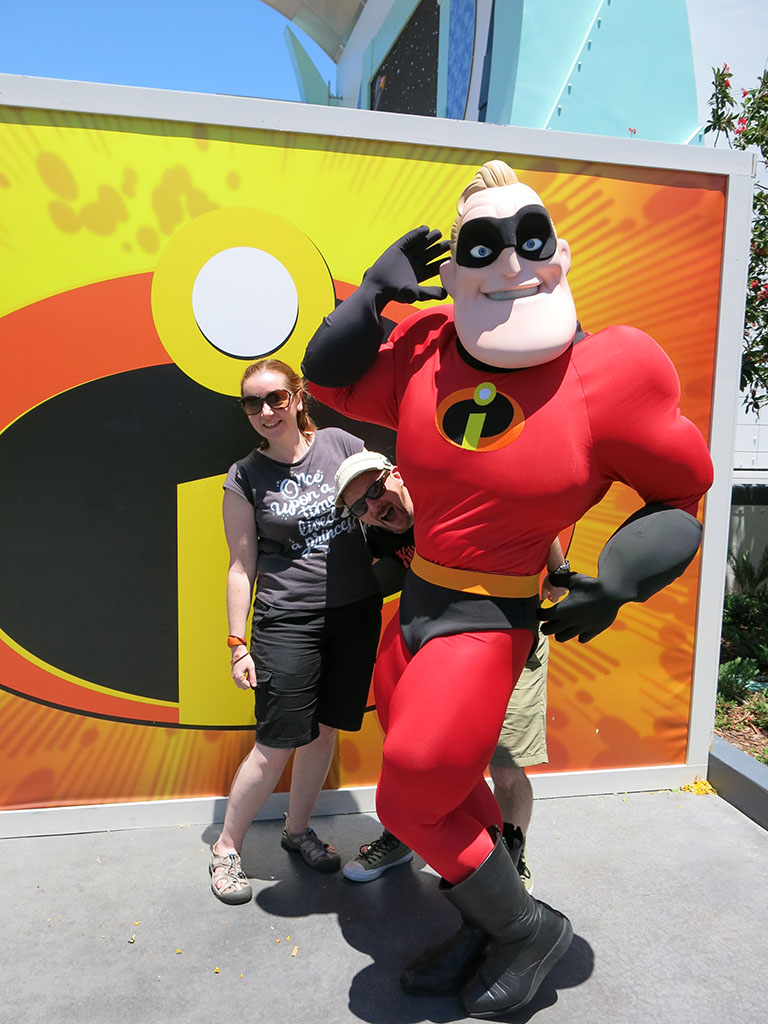 doing his best to cut me out of the photo

While in Tomorrowland we bumped into another character… Mr Incredible! We met the big guy and he was hilarious. He was “busting moves” onto Kate so I had some banter, and then in our photos he proceeded to block me out of all of them. Gold! It is great when the characters have some fun like this. I imagine it must be a tough gig being in these suits for hours, so I am grateful when they have fun with it.

We got one last ride on Haunted Mansion. It seemed a number of the rides were suffering technical difficulties at the park, meaning longish lines at most rides. We got our final fastness sorted for our favourite ride, so back on to Haunted Mansion for one last time. It was nice to get the buzz of our spooky hitchhiker mentioning Australia again. 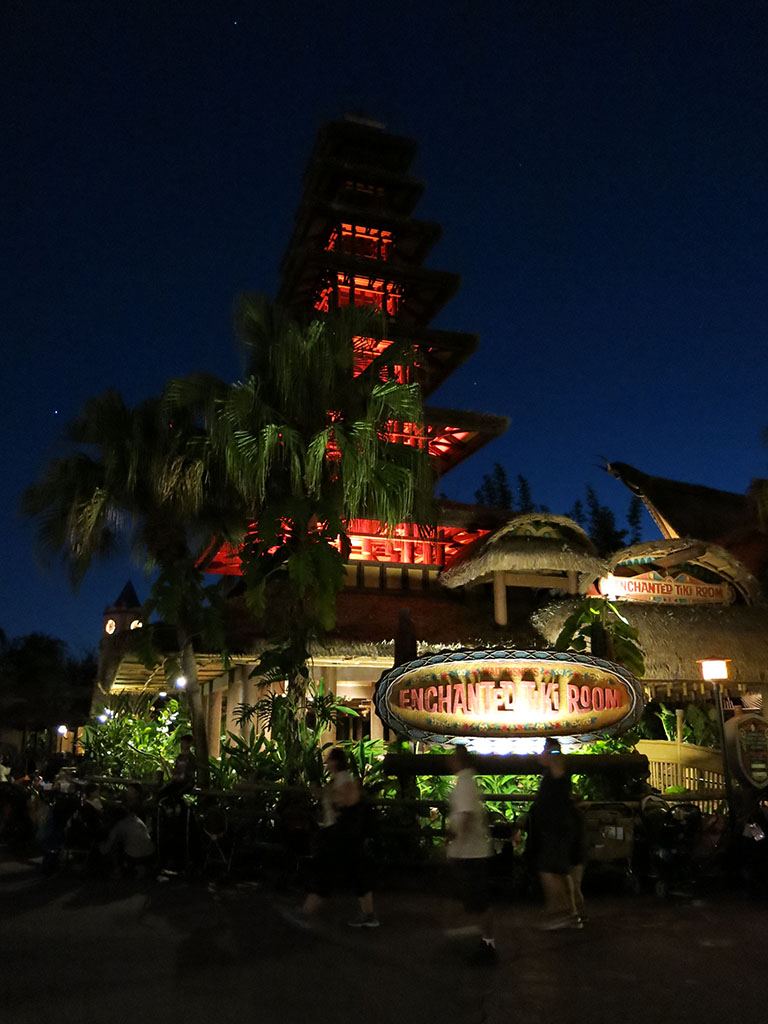 It was getting dark and in our last hour or two we did some of the shows, like Country Bears and the Tiki House, as well as go around Pirates of the Caribbean again. Fitting since tomorrow we would be on our way to a country on the Caribbean. Maybe we would run into a pirate or two on our travels.

And so with that we were done at Disney World. I have to say, it was a super fun week. I like my Disney, but having the 4 parks, all quite different experiences, and staying in the resort with magic bands and easy fast passes and the systems that worked a treat, it was great fun. Kate did a great job of organising things which, while I was worried was going to mean we were TOO planned, actually meant we had a smooth and line-free Disney, which is the best type of Disney.

We got back to the room and did a pack, ready to embark on a new adventure… to Costa Rica!