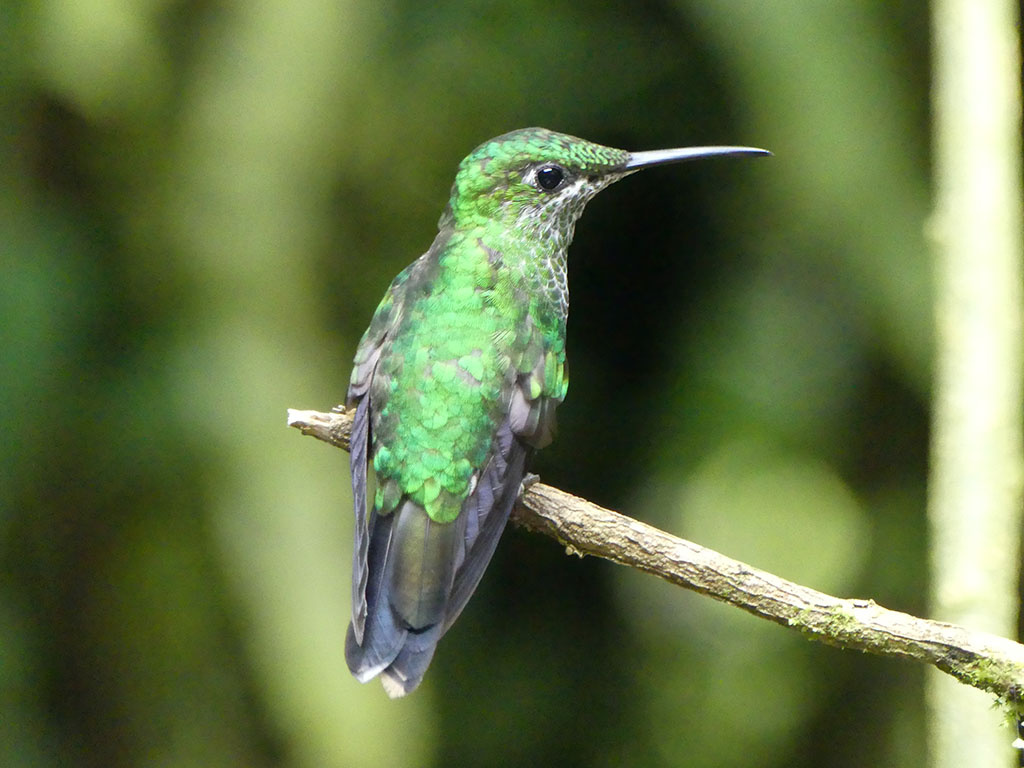 Today was our first full day in the Monteverde region and it was an early start. Our trip included an early morning forest walk for more nature spotting, so at 7:30am it was on the bus to head into the Santa Elena forest for another nature walk. And nope, I wasn’t getting tired of these yet. 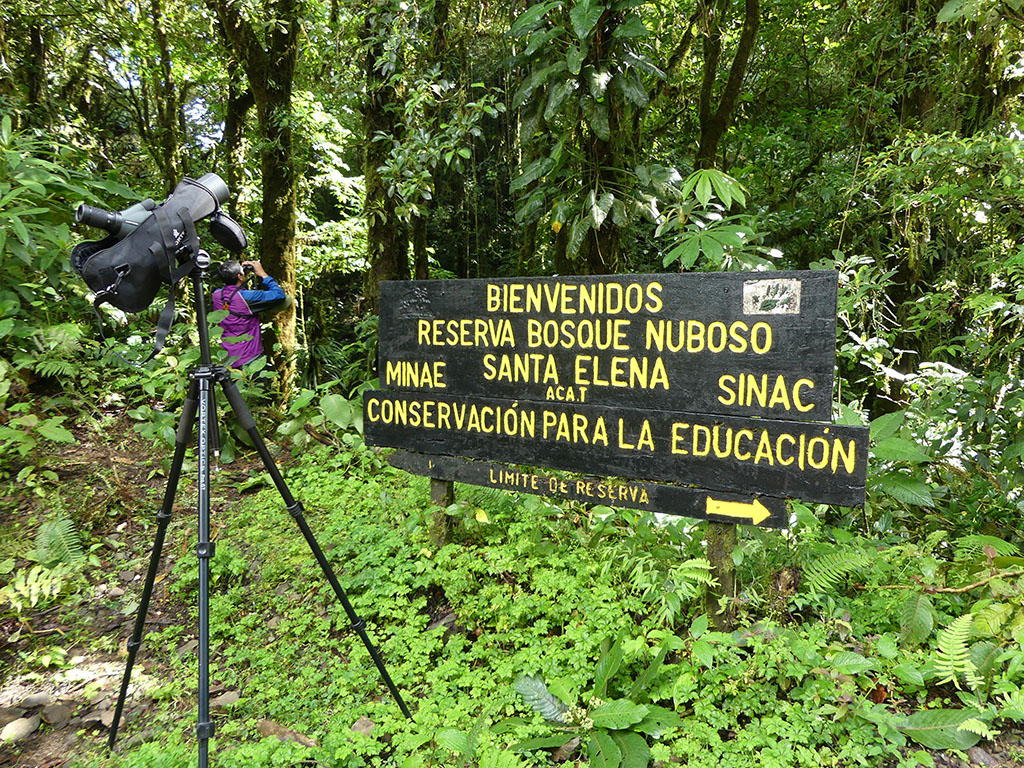 I don’t need to go into all the details, as it was similar to ones that we had done in the various forests. However we had a big highlight early in the walk. The guide, just as we were taking off lead us quickly down a path where we were able to spot the elusive Quetzal. The national bird of Guatemala, it also spends a little time in Costa Rica, and we were past the window where it is typically able to be found. But we were in luck! Called the Resplendent Quetzal, it is a bright colour, with a long tail. While we didn’t get a super close look at it, we had some nice clear views. Win! 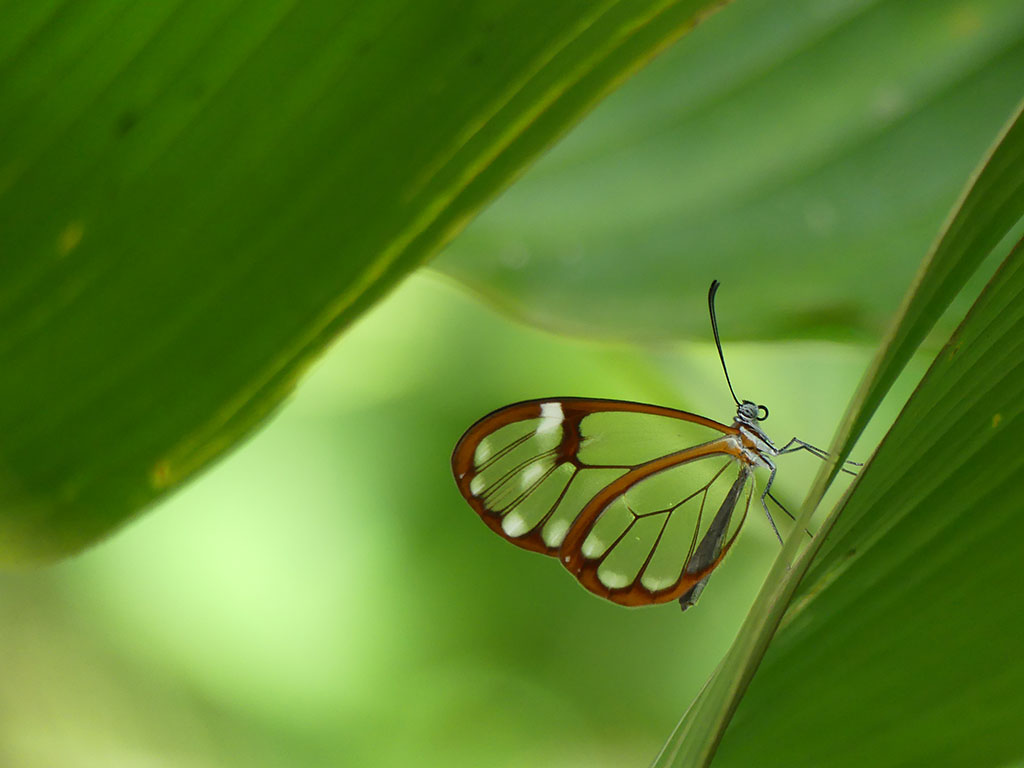 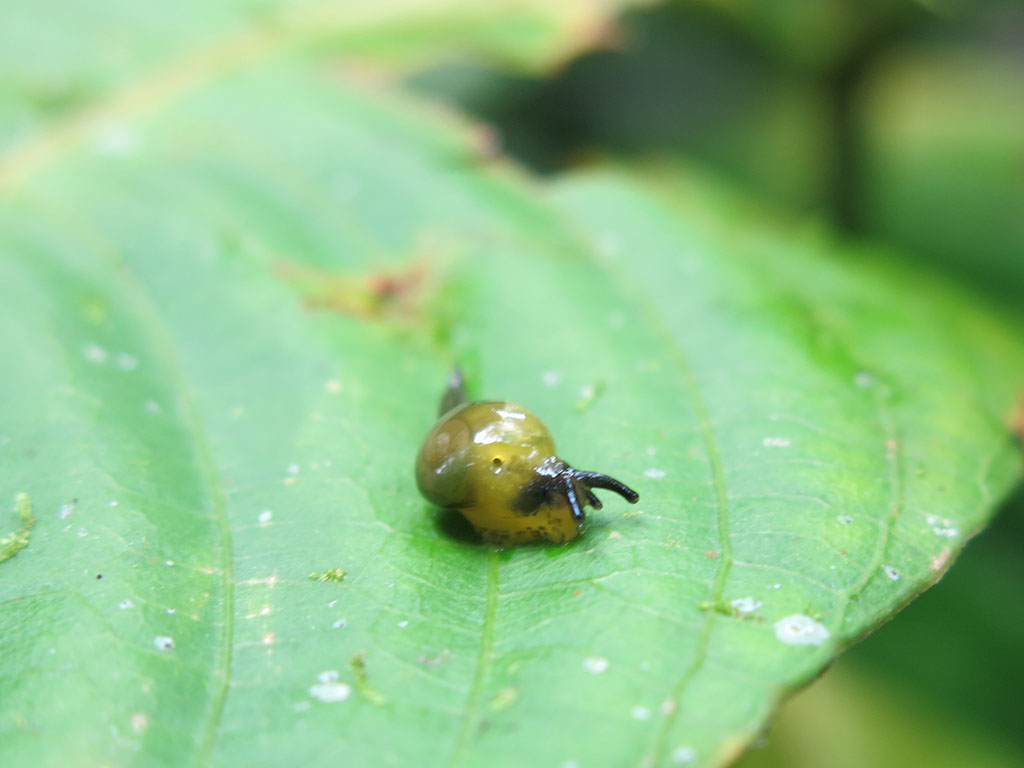 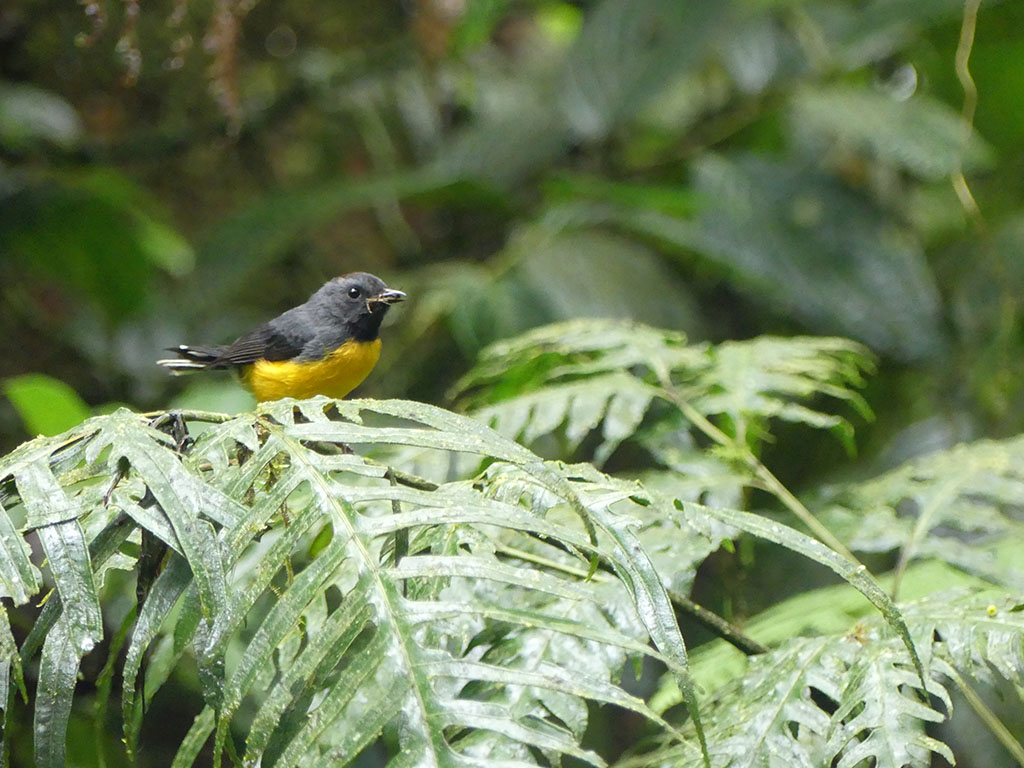 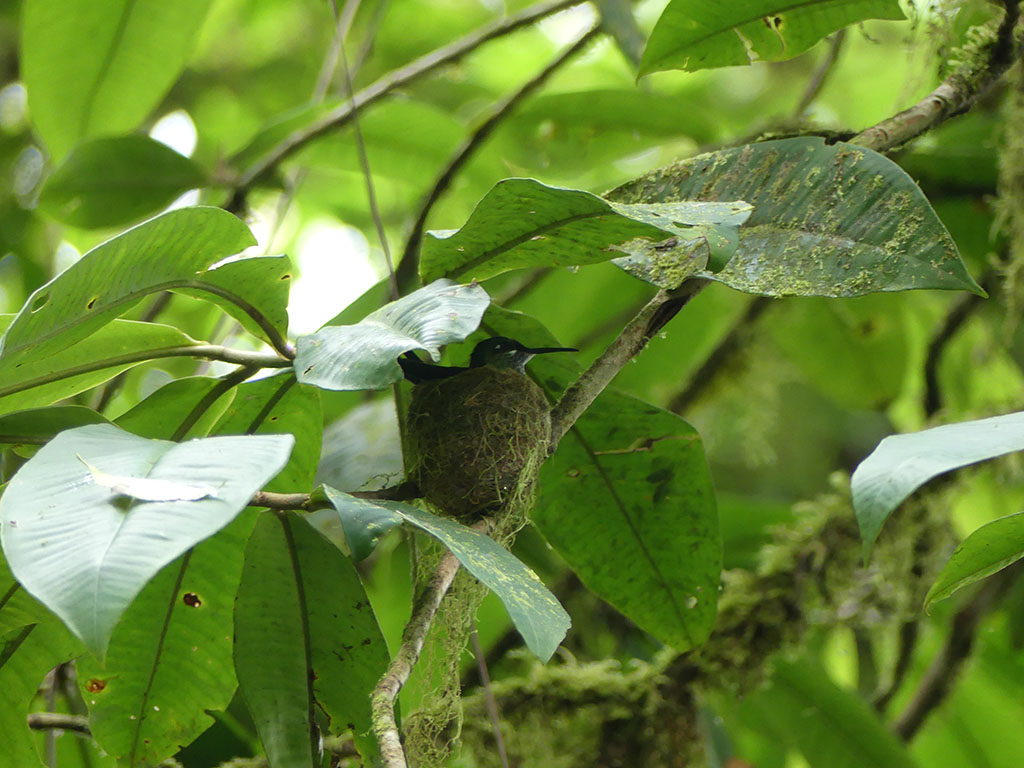 Throughout the rest of the walk we got to see some other great bird life, including the other hard to spot bird, the bellbird (the male moustachioed one no less!) as well as being very cool to see a nesting hummingbird. But the best was saved for last. 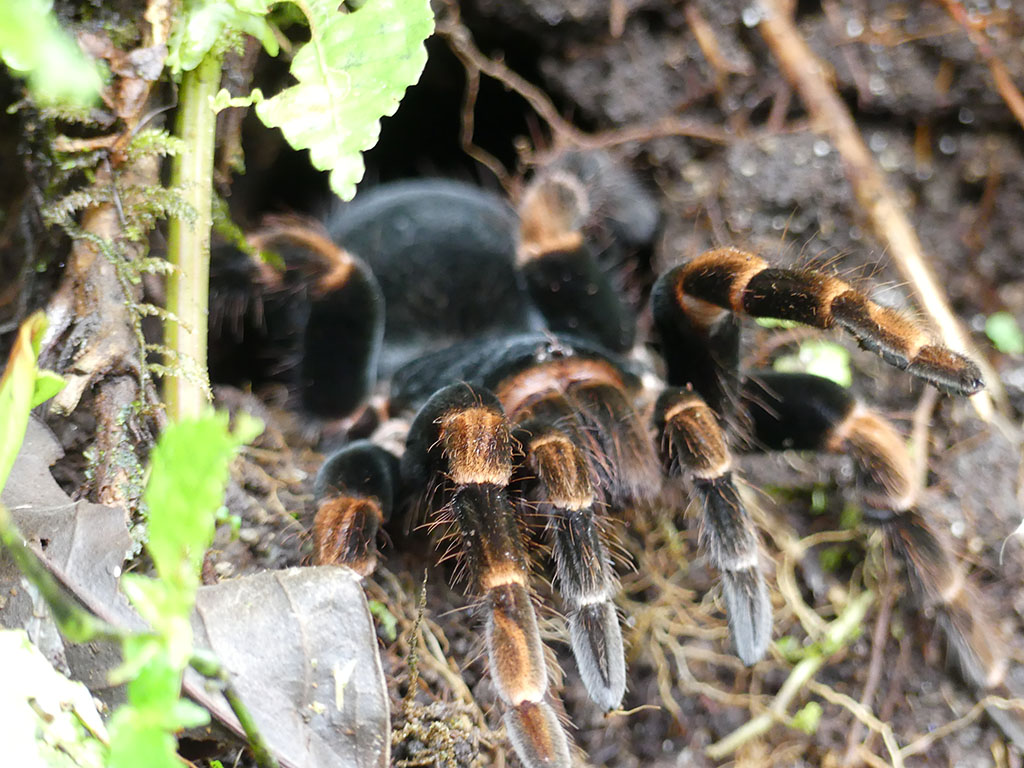 Having still not seen a tarantula yet, our guide took us to a massive hole and got us to get around. With a little prodding, his friend popped out. A big hairy tarantula! This one looked gorgeous, about as big as a large adult hand. She popped out for a bit and then retreated back into her home. Show was over, but that was a buzz to see.

We wound up our walk about lunchtime, so headed straight to our next stop, the local hanging bridges. After a spot of lunch, a few of us decided to visit the reptile collection before heading out onto the bridges. 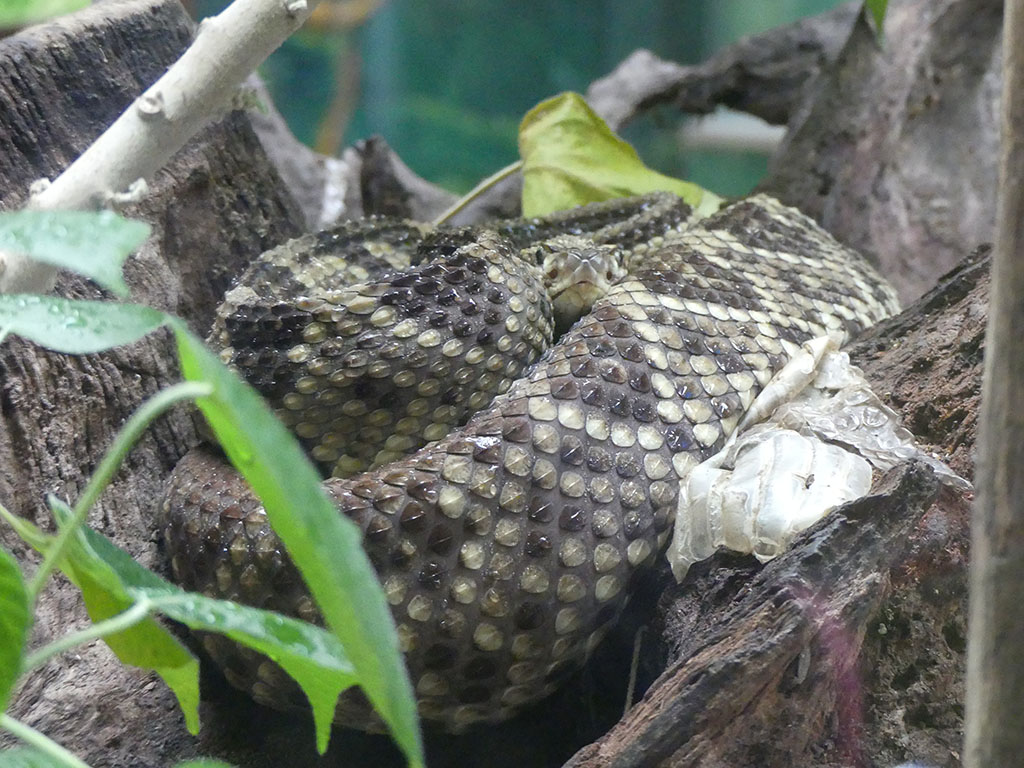 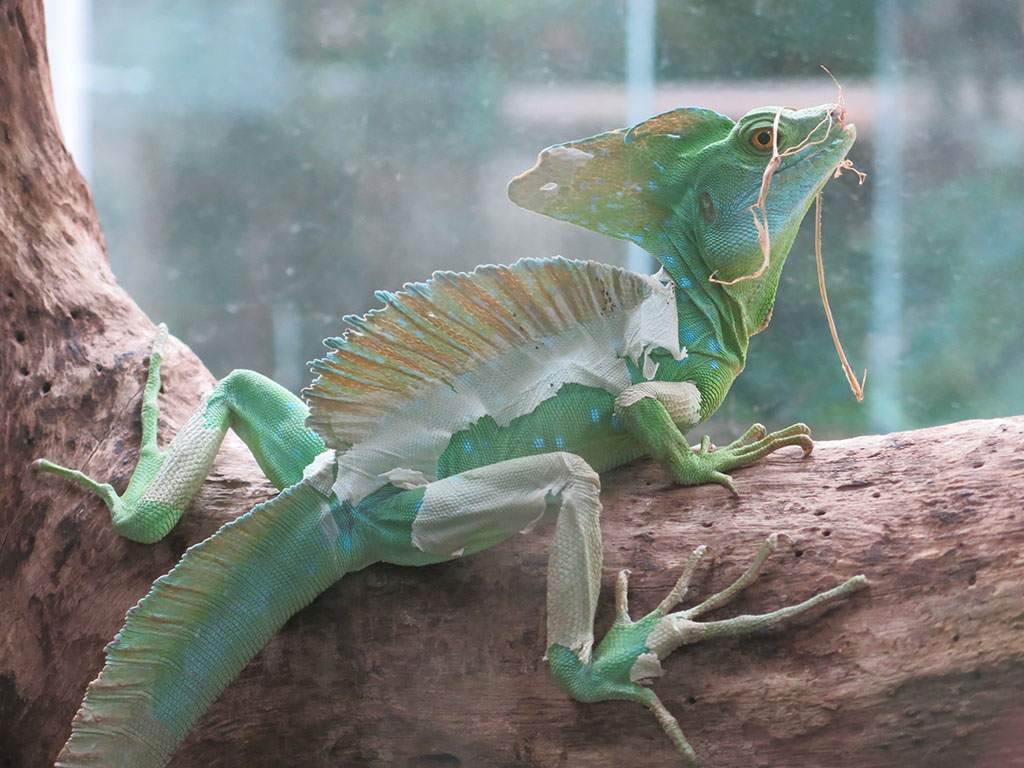 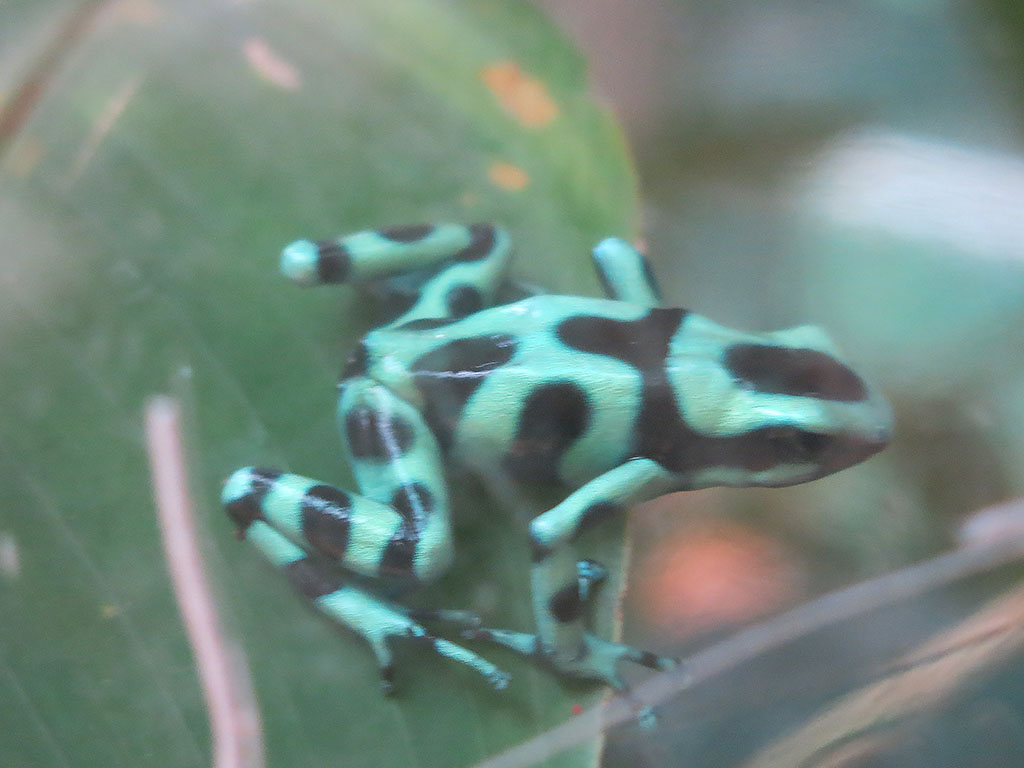 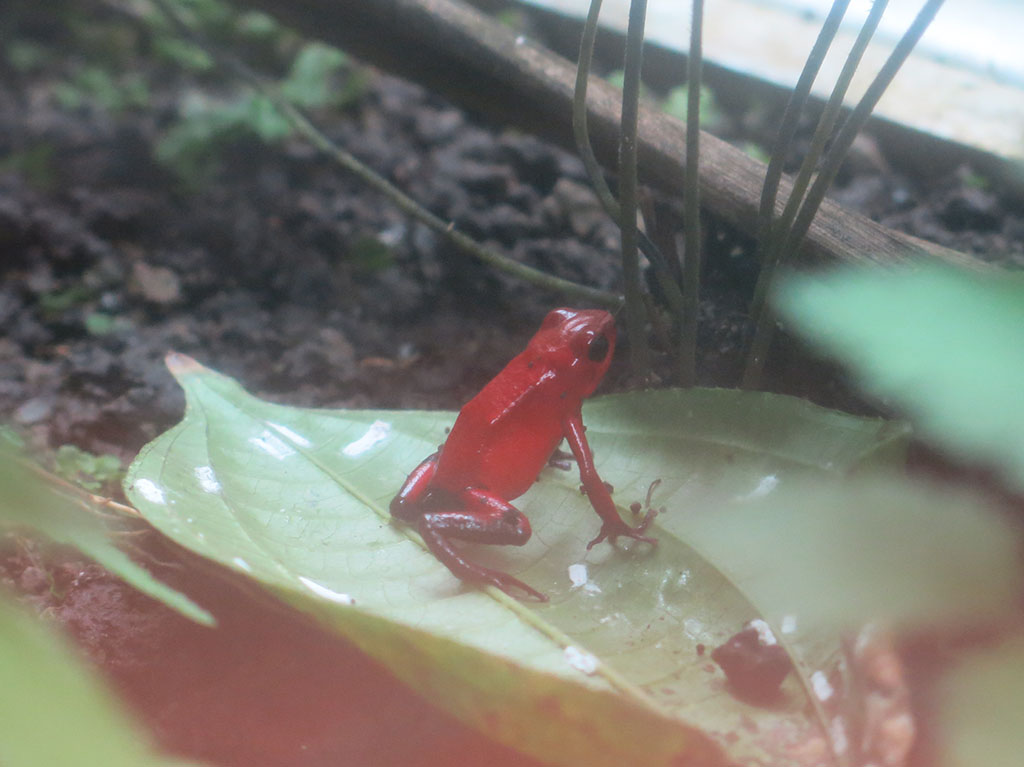 In their collection were most the snakes that could be found in Costa Rica, including the Boa, and the venomous vipers that we had seen in the flesh in La Fortuna. We also got to see some of the frogs that had eluded us to this point, as well as some more lizards which is always fun.

From there it was in to the forest again, this time in the treetops. We spent a casual 2 hours wandering through the forest an on the bridges. Like the ones in La Fortuna, it is amazing to be so high up over the forest. Our bright sunny day had turned a little rainy, but there was still little evidence of the cloud of the so called cloud forest. But that was OK as it meant we had great views all over the forest. 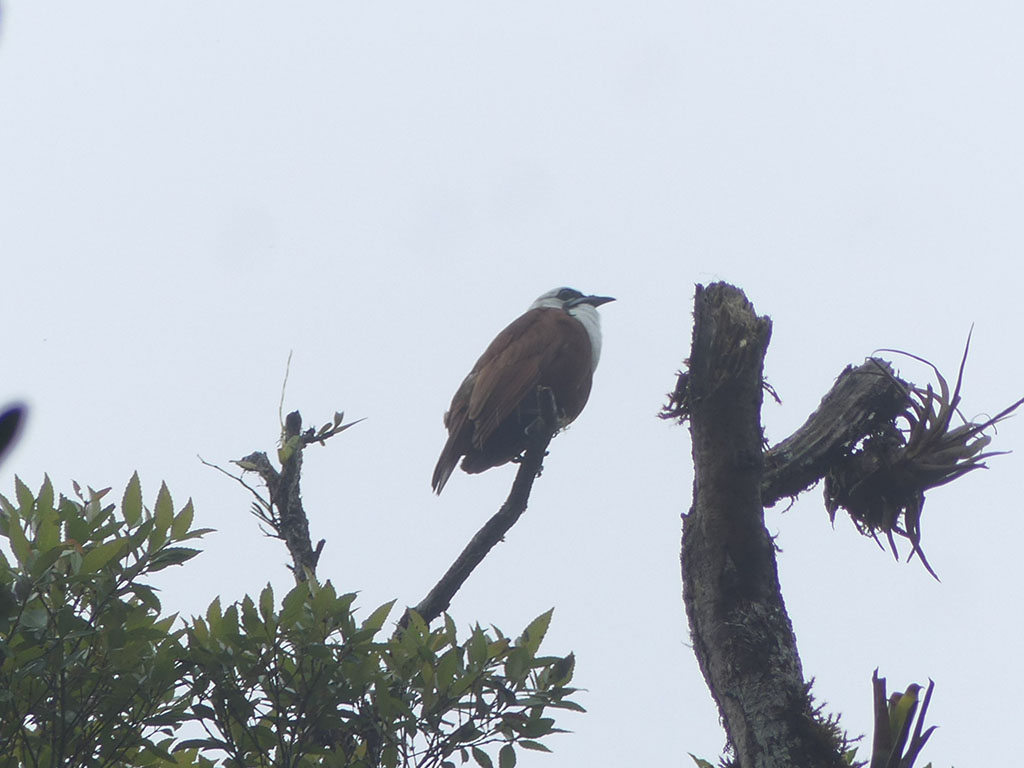 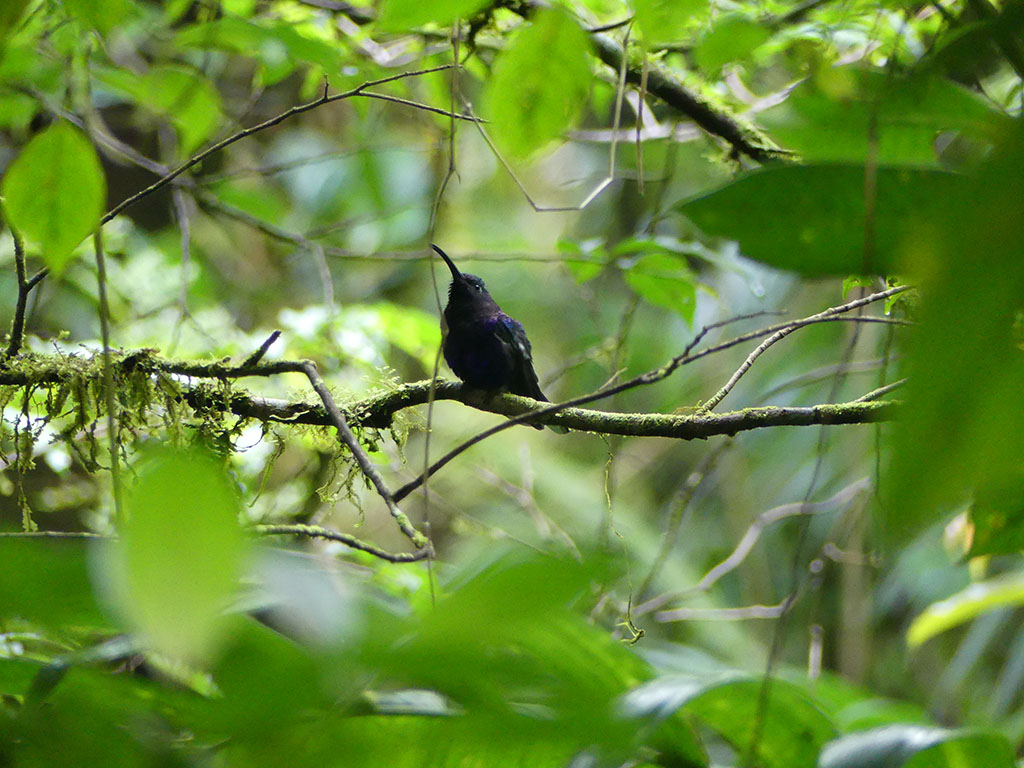 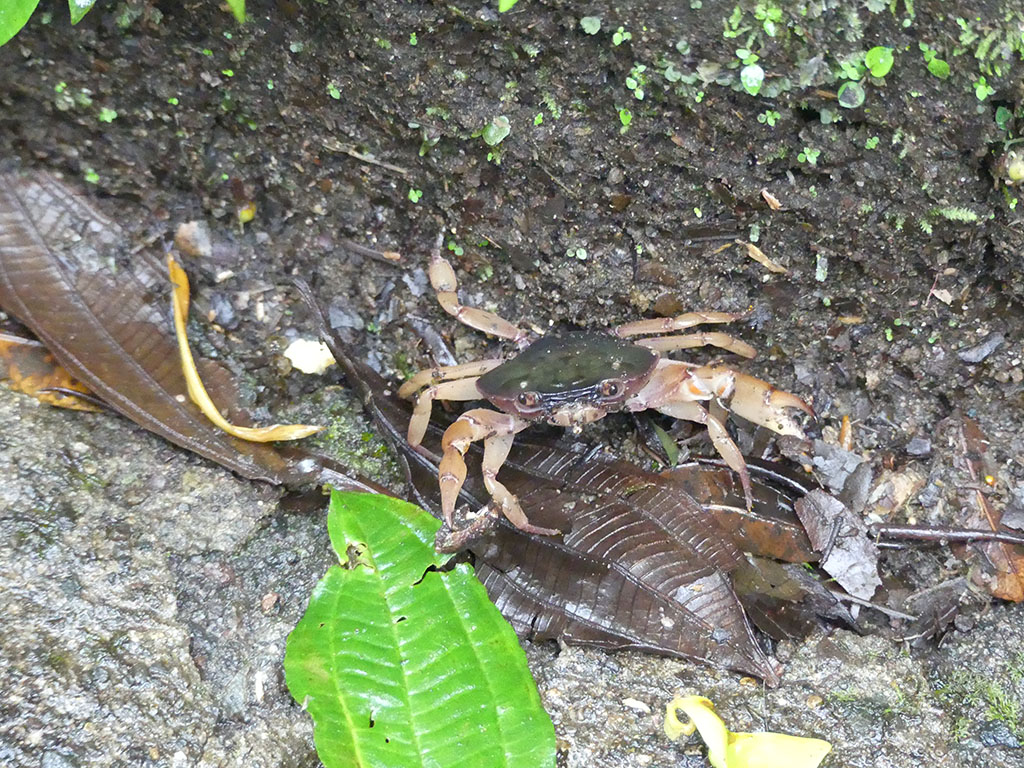 yep, there was a crab in the jungle

Highlights of this walk were another bellbird, along with the amazing violet sabrewing, the largest of the hummingbirds. We were doing pretty well with our bird spotting now!

Our final stop at this location was to the Hummingbird Garden. And yeah, it was a garden full of hummingbirds! They were not caged in, they were free to come and go, but the artificial planters full of nectar were obviously enough of a draw card to keep them there and keep them coming back. 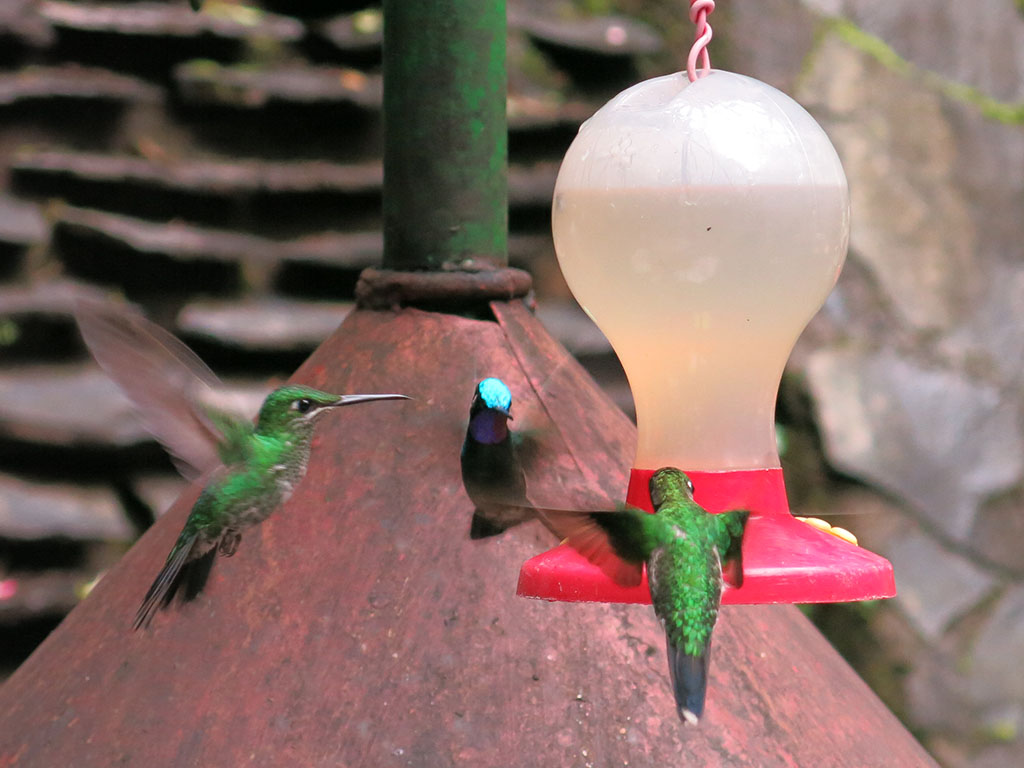 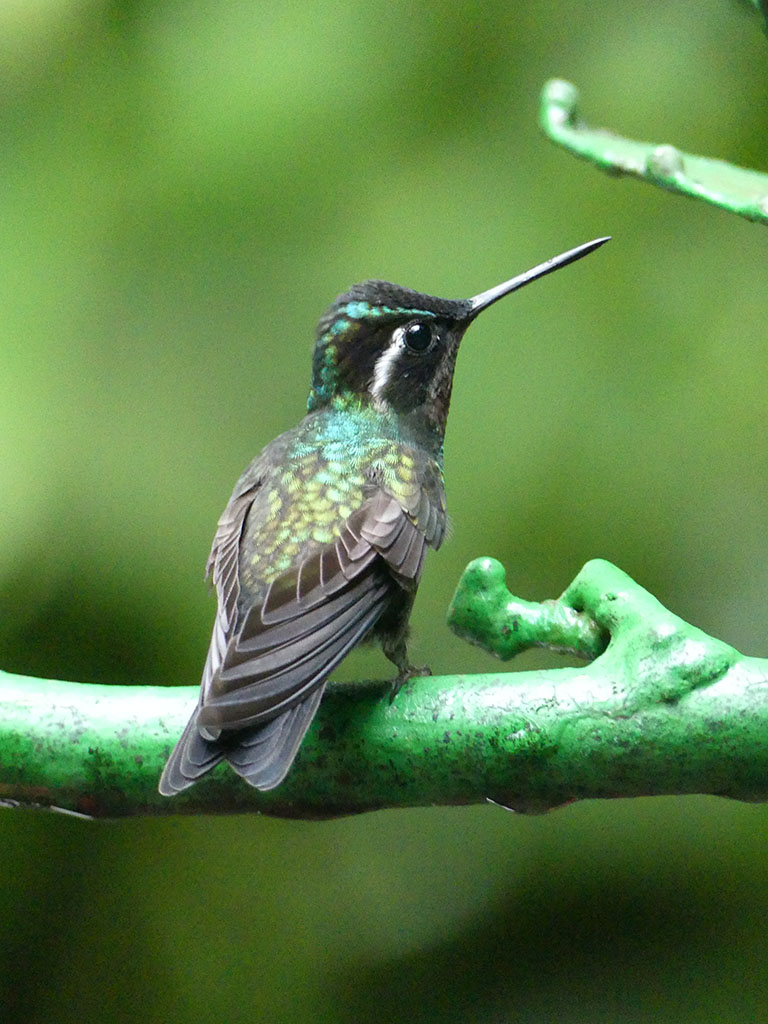 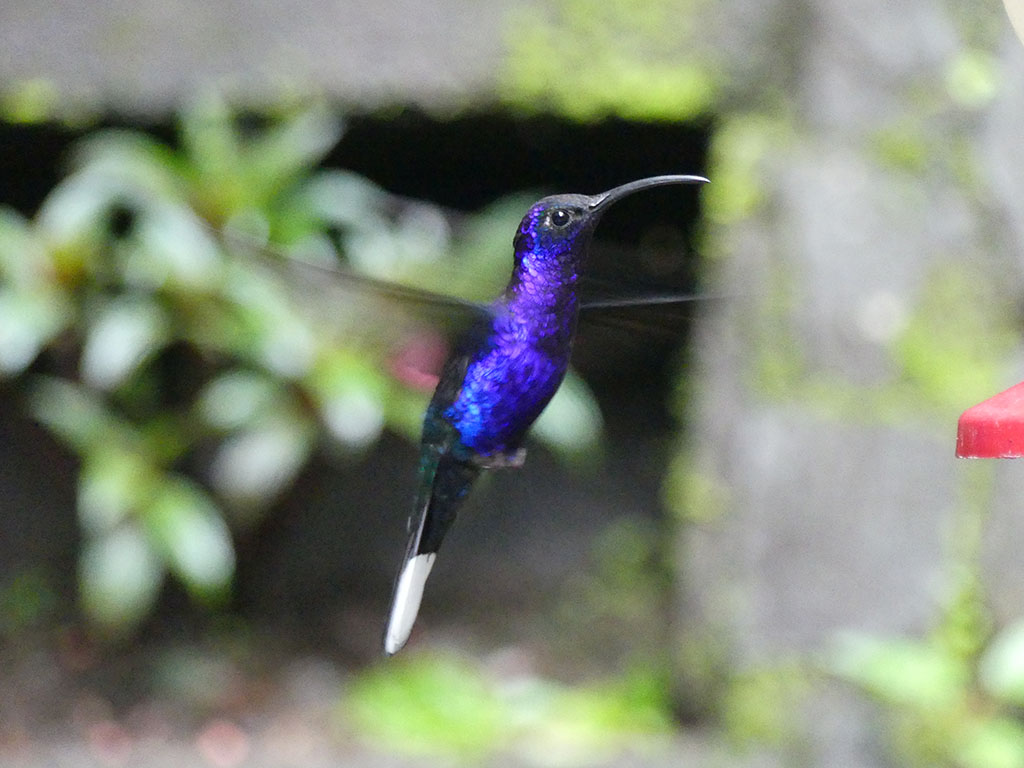 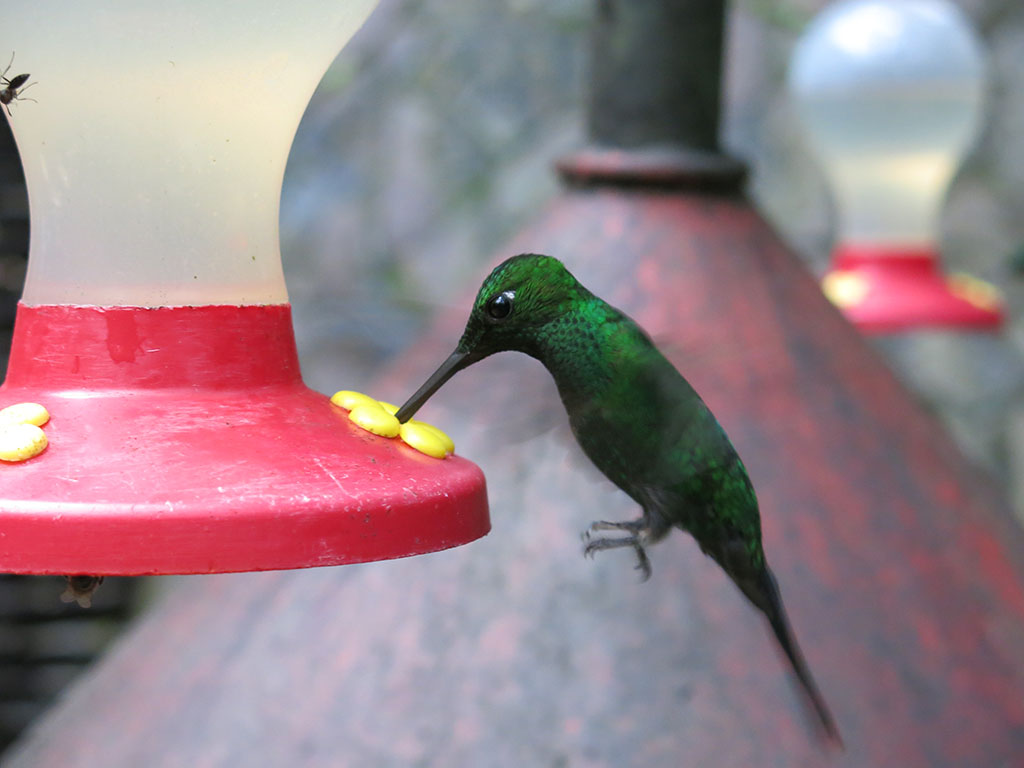 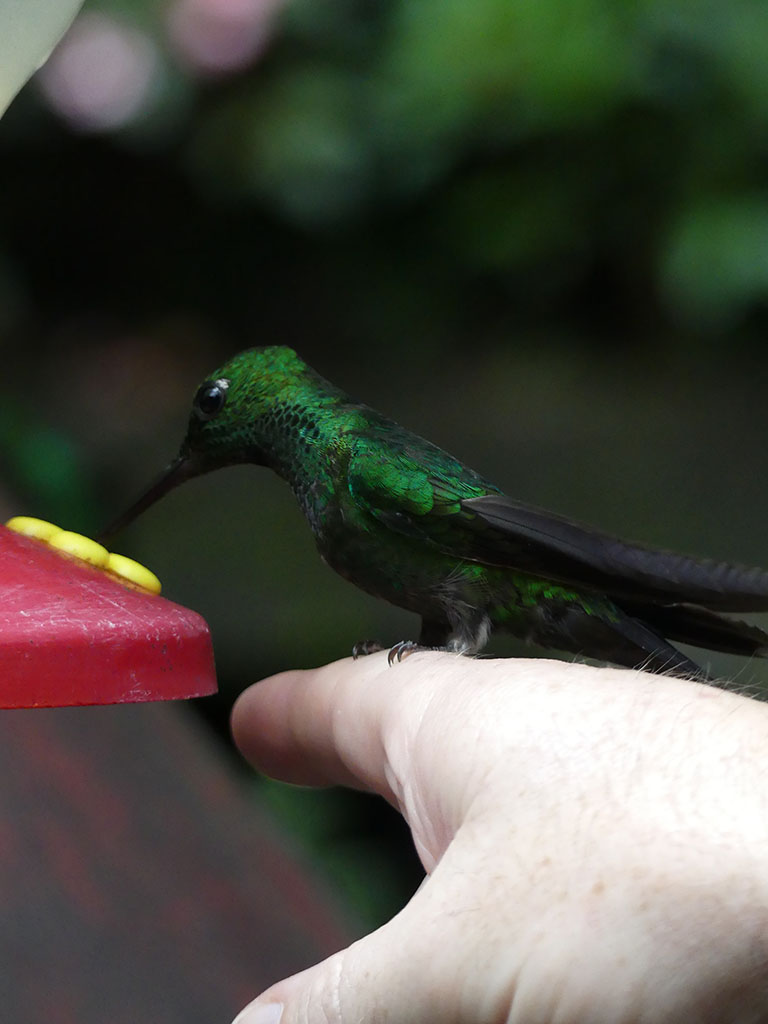 They seemed nonplussed by us watching so closely, and they loved to give me a fright, zipping past my head. I was even able to have one land on my finger as it fed! Now THAT is cool, having a hummingbird on your finger.

We could have spent hours in the garden watching them, but alas it was time to head back to the hotel. We had time to relax for a couple of hours and catch up with some more Eurovision, before heading out for a group dinner. Andreas had booked us into a quirky local place called the Treehouse Restaurante. that was indeed a real treehouse! It was built around a massive real tree that formed the centrepiece of the 3 storey establishment. It certainly made for a fun setting. 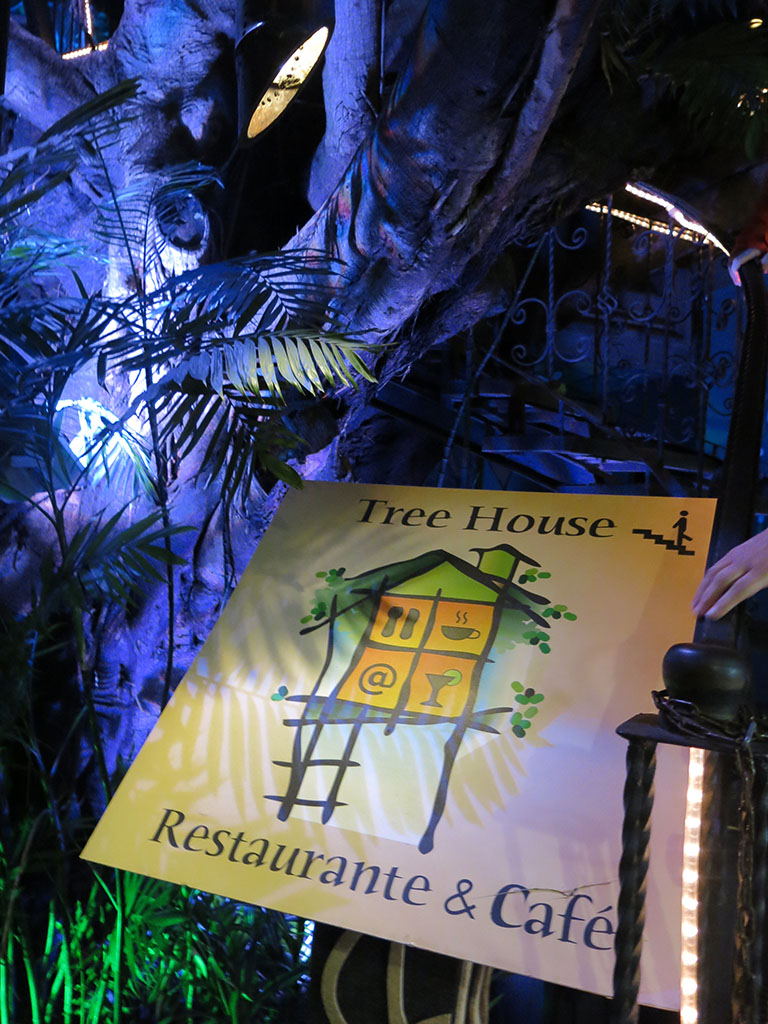 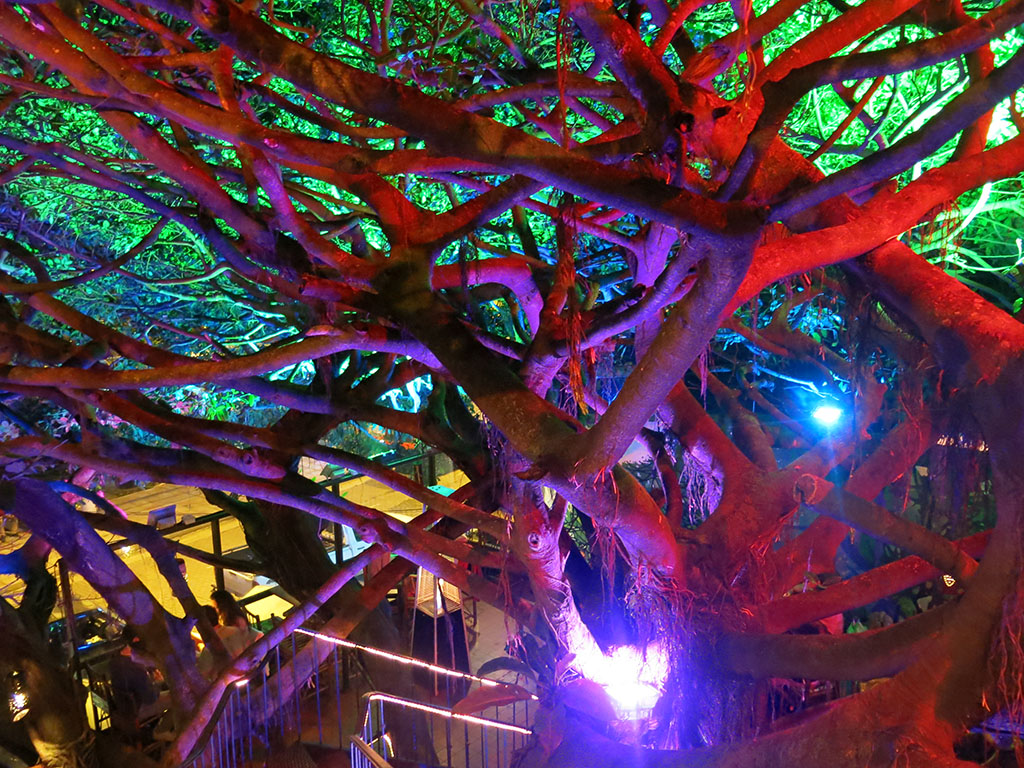 It ended up being a fairly early night. Apparently there were a few other G Adventures tours in town so Andreas was keen to head out on the town, however most of us were happy enough to have a (relatively) early night to be ready for the adventures tomorrow.