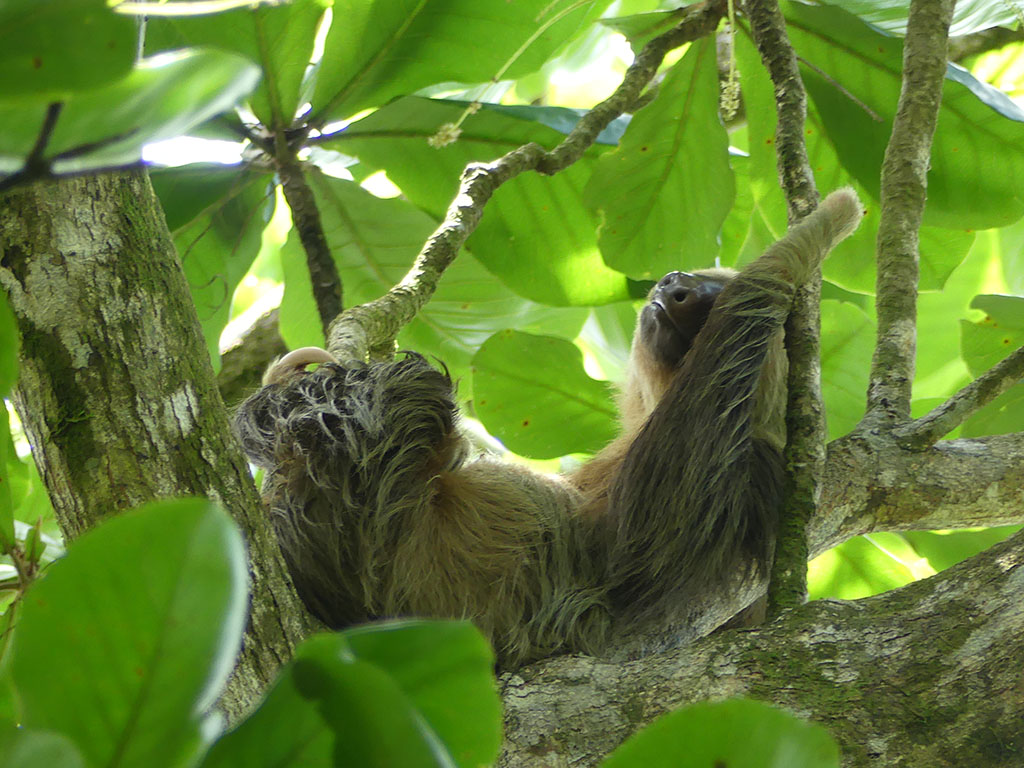 Today was a full day of activity in Tortuguera, and like many of our days to this point, we started bright and early. We had to be ready to hit the water on a another jungle exploration at 6am, but we also had the amazing wake up call of the Howler monkeys just outside our room. At 5am they started their howling and it was impossible not to be woken up by it. But what an alarm clock it is. 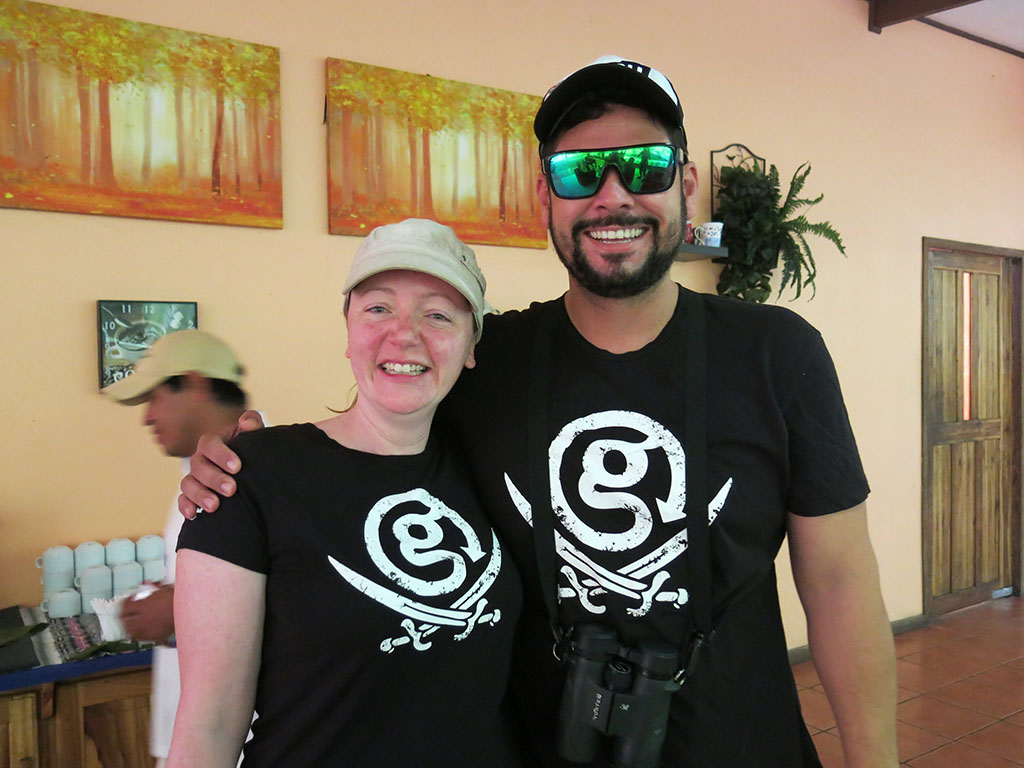 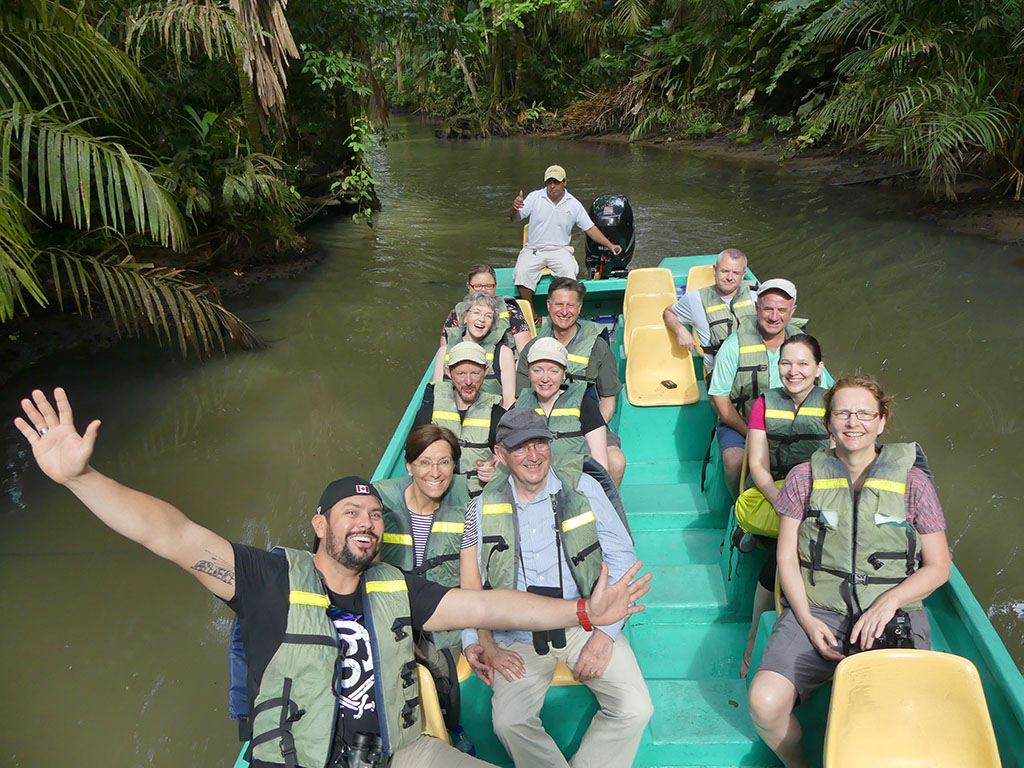 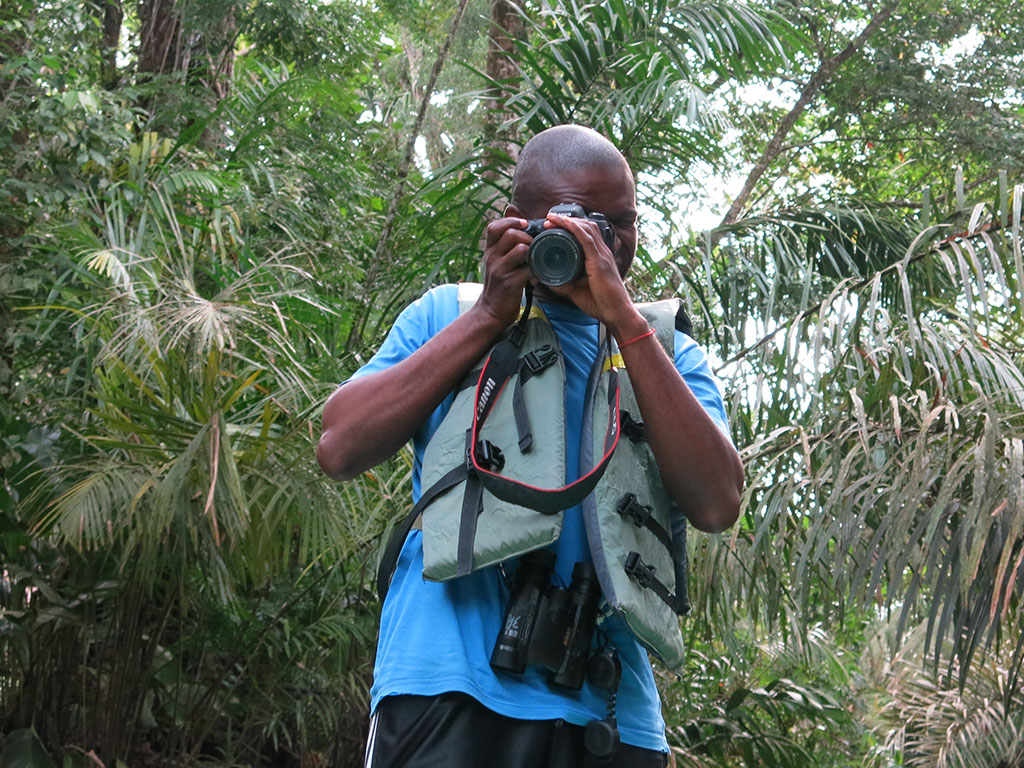 kenneth on the other end of the camera 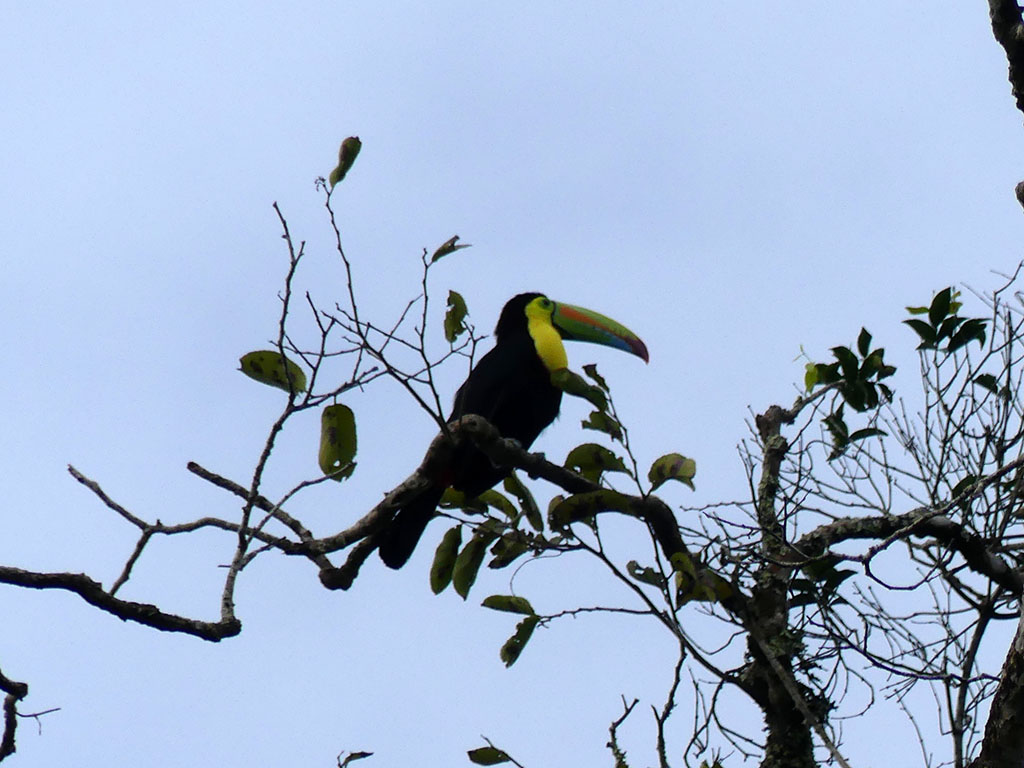 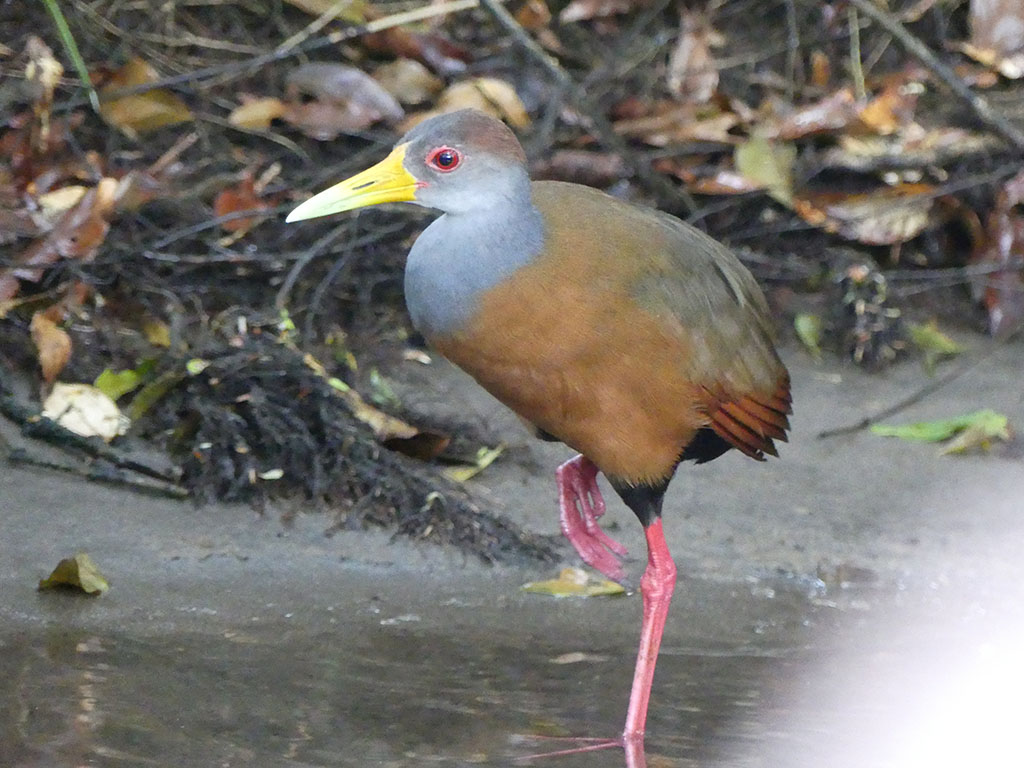 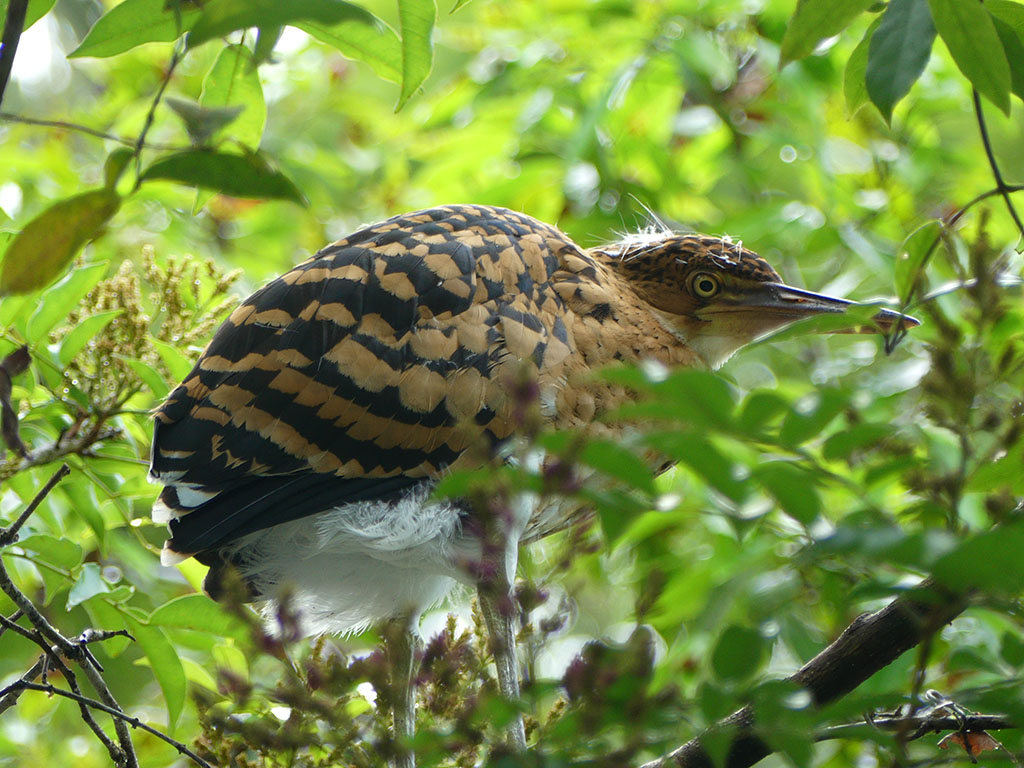 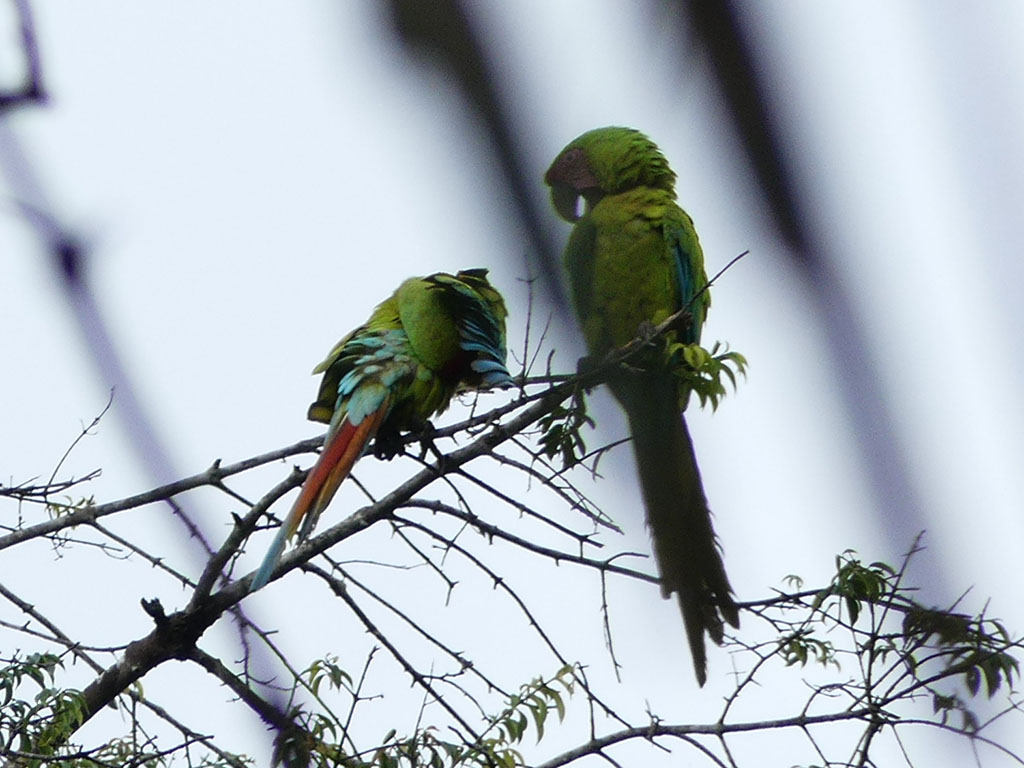 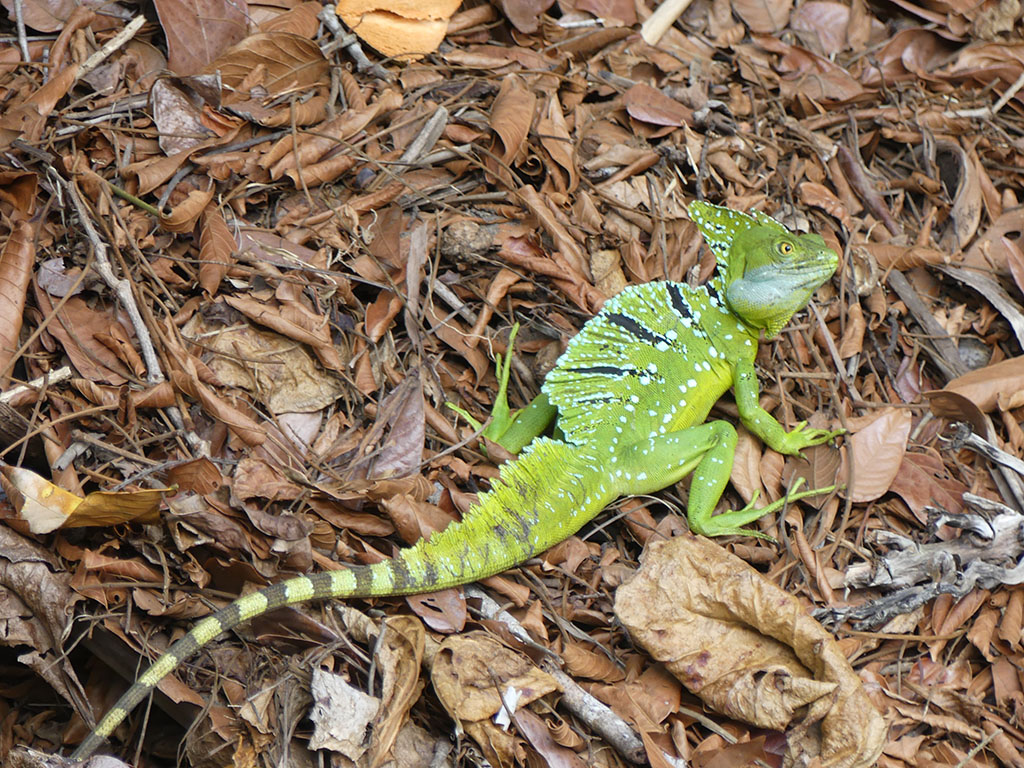 So in to our boat it was again and back out into the different canals and rivers hunting for more wildlife. It was similar to the night before in some respects, going slowly and keeping our eyes out for the birds and reptiles throughout the jungle, however obviously there was a bit of a drop in the number of reptiles, with many, especially the caimans, off sleeping somewhere safe. My favourite was still the basilisk, often perched proudly on a tree branch my the side of the river. 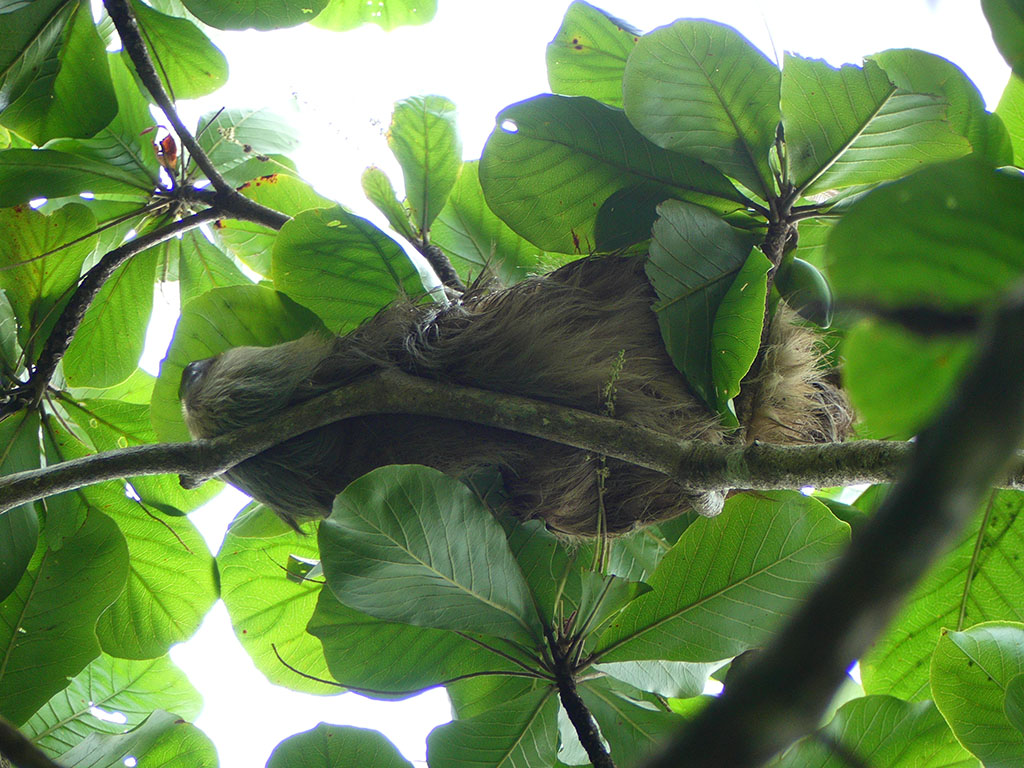 It was already hot and humid at 8am as we arrived back at the lodge and for some breakfast. We then had just enough time for a shower and a little relax, before it was already time for our next activity, a jungle walk around the lodge with our guide Kenneth. After popping in our gumboots it was on to the track and first 5 seconds we encountered a sloth! He was a bit of a ways up and just wedged between a couple of branches sleeping, but we had great clear views. Two sloths already this tip, yes! 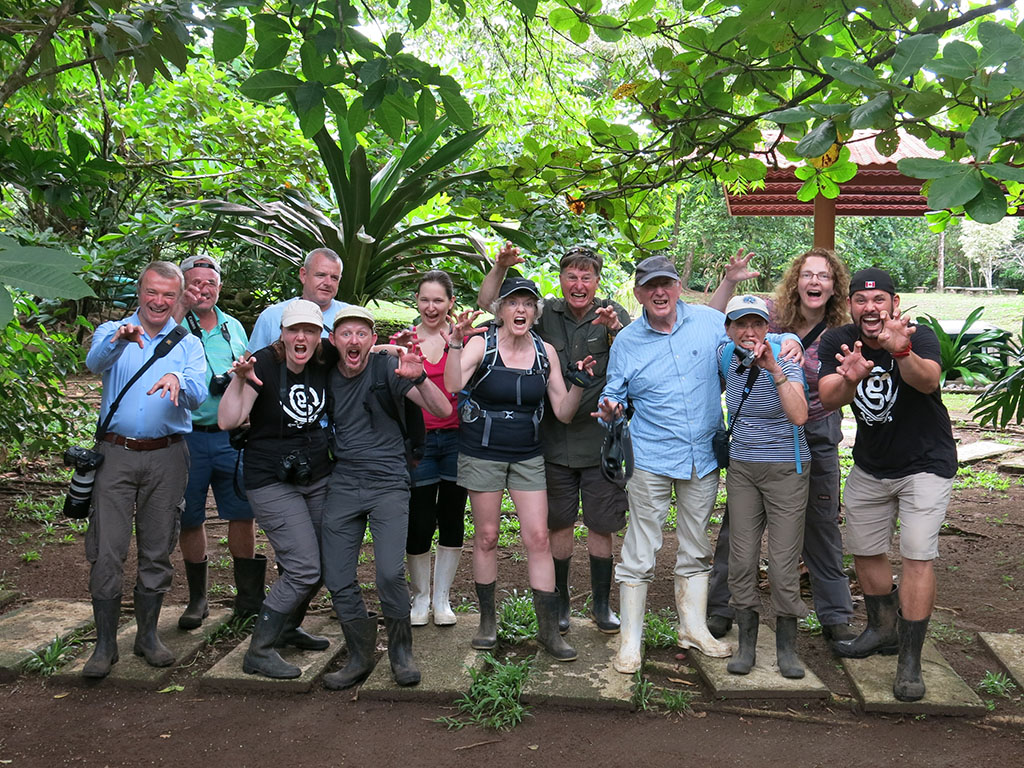 getting ready to scare off the wildlife 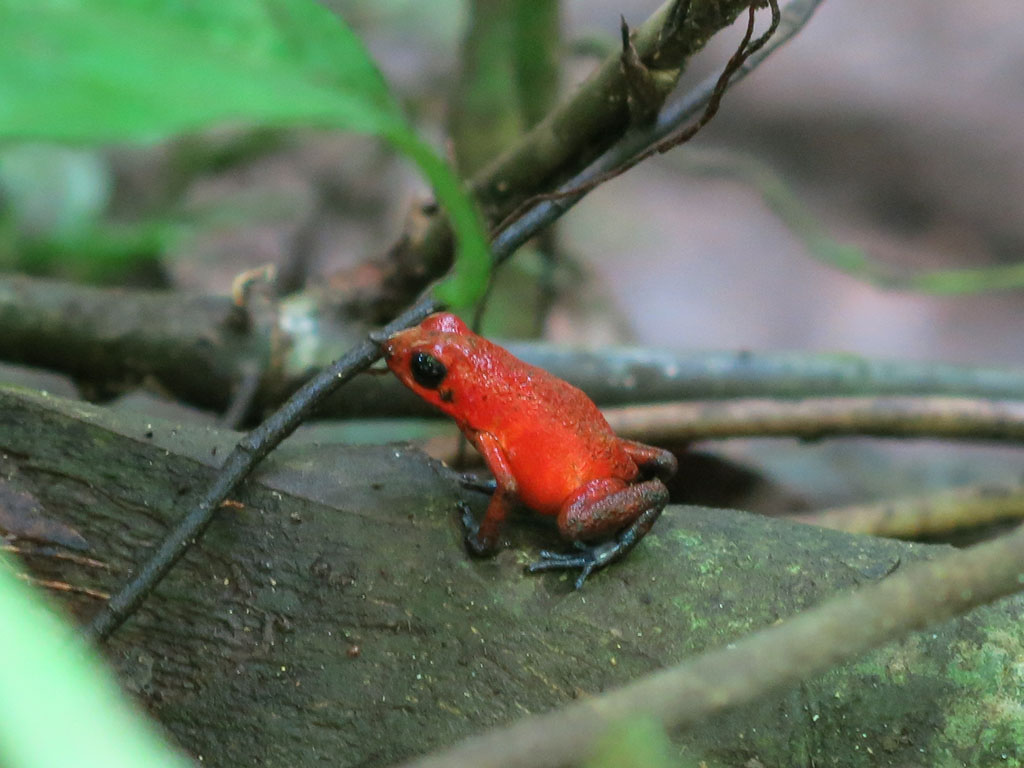 but he looks so tasty 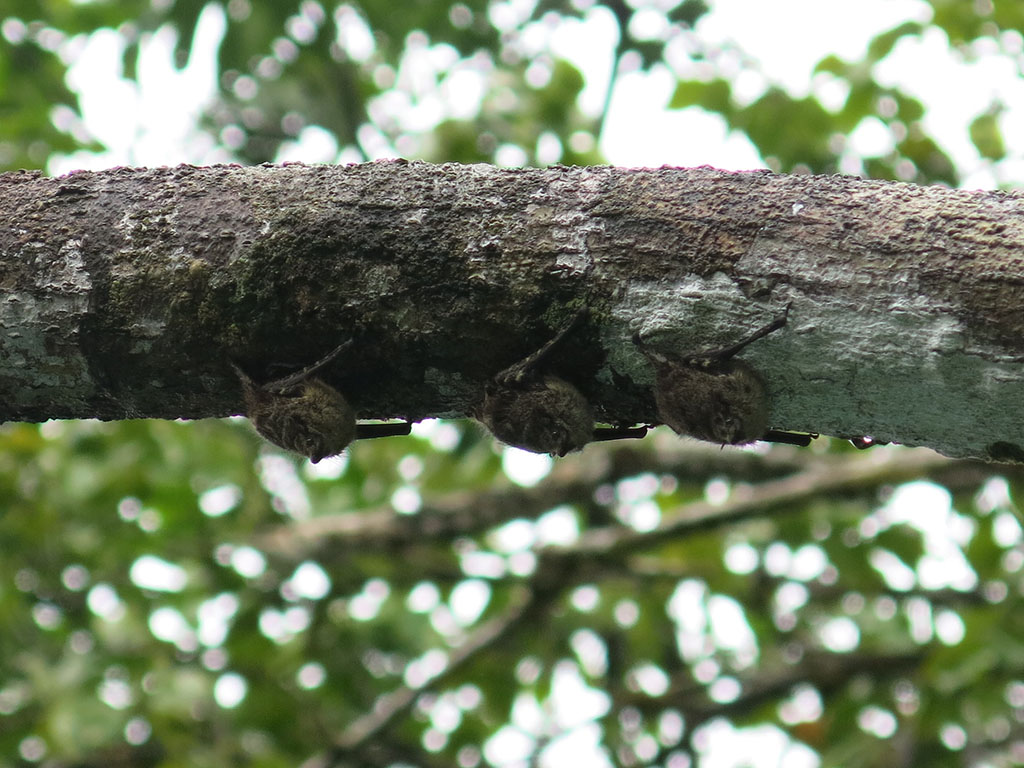 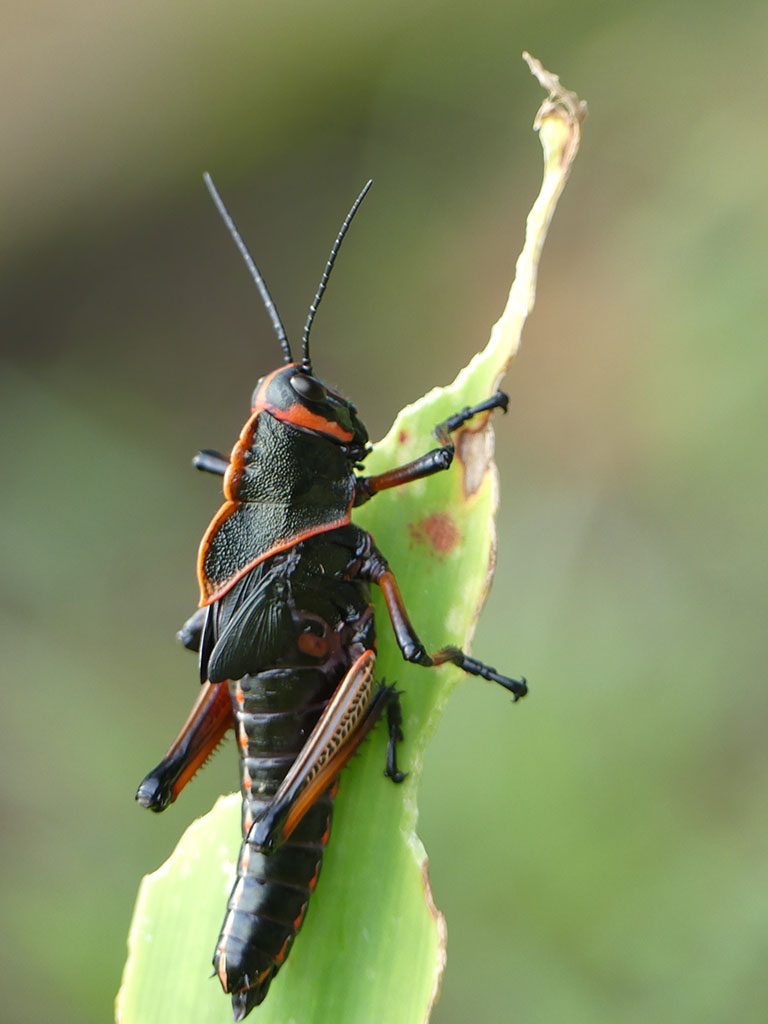 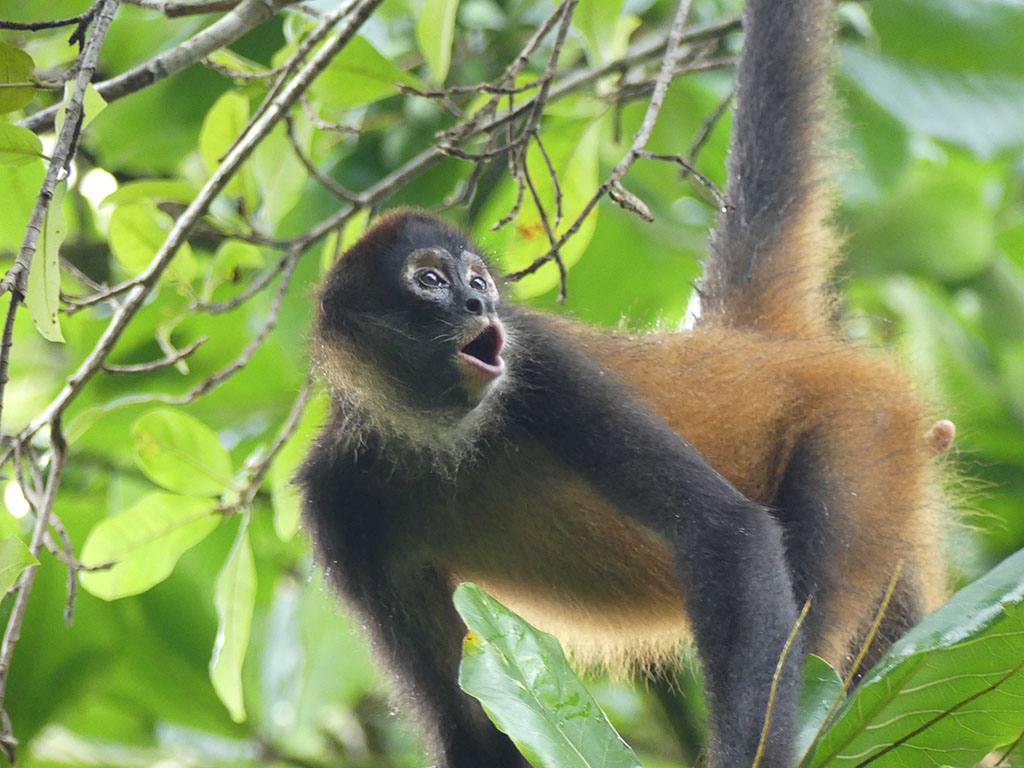 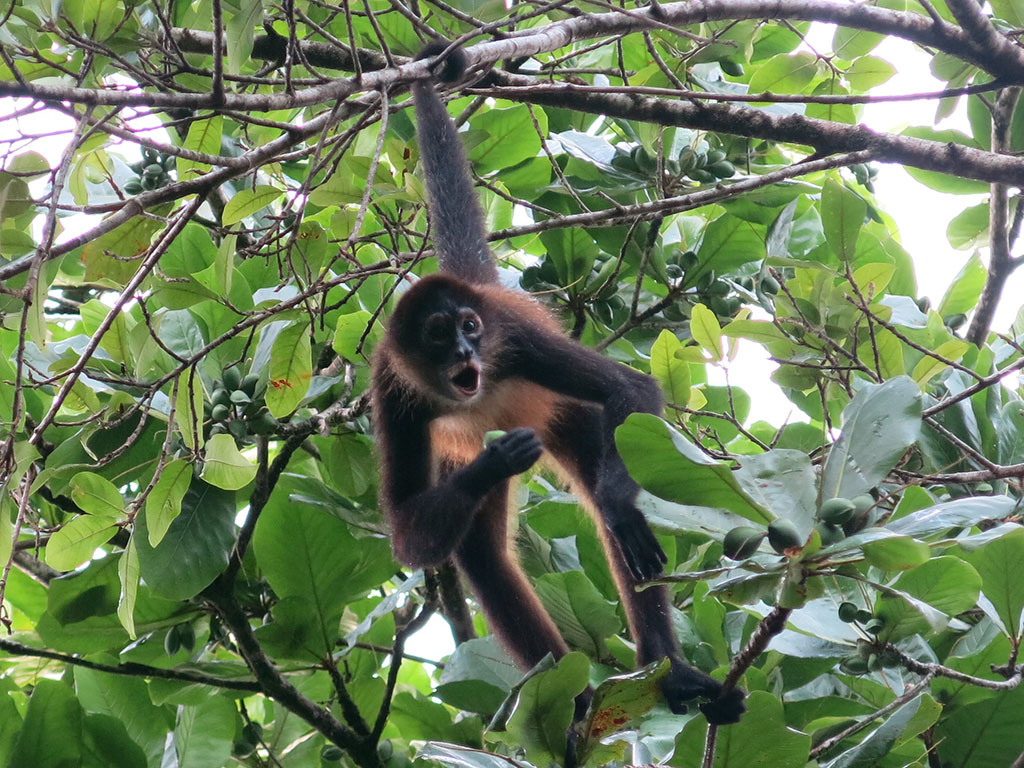 We then explored the surrounds for a couple of hours, spying more birds and reptiles. We also came across a lot of the local small red poisonous frogs. Lucky I didn’t pick one up and lick one before finding out about them, hey?

The next few hours was left to us to chill out at the lodge, with some time for lunch, beers, playing pool, and having a dip. Certainly beats working. 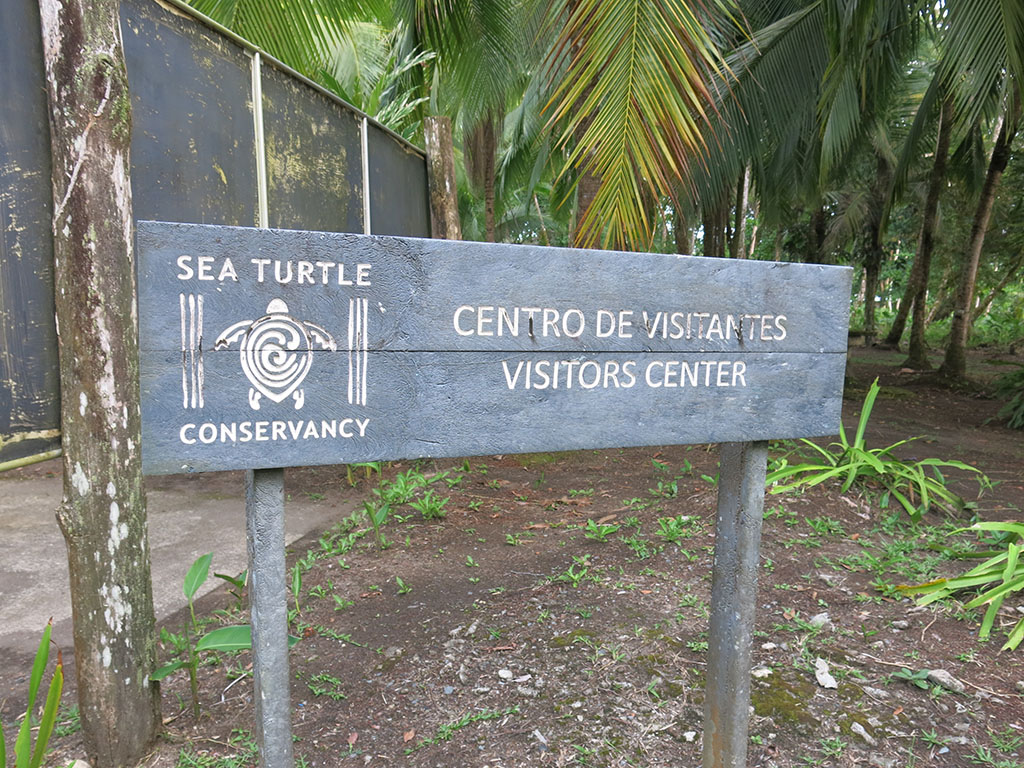 At around 4pm it was time to head back into Tortugera for another of our included activities, this time to a turtle research centre to hear about what goes on here at Tortugera. Started over 50 years ago by a turtle researcher by the name of Archie Carr, it is a small operation that does amazing work in helping preserve turtle numbers, in particular for the green and leatherback turtles. Each night during turtle season they patrol the beaches looking for turtles that have come up to lay eggs, and ensuring that they are not attacked by predators and that their eggs have the best chance of success of hatching. In the last season they attended to over 30,000 green turtles, with Tortugera being the most important place in the world for green turtles.

The lecture gave us the run down of the turtles as well as the Turtle Conservancy’s efforts, and seemed pretty amazing. After this our group split into two. One bunch was headed back to the lodge, while the other half of us were going to take the opportunity to see if we could find some turtles! We were between seasons of the green and leatherback turtle, but we figured that even if we had only a 10% chance of seeing a nesting turtle then we would take it. So a bunch of us, including Andres headed out for some dinner while the rest ventured back to the lodge. 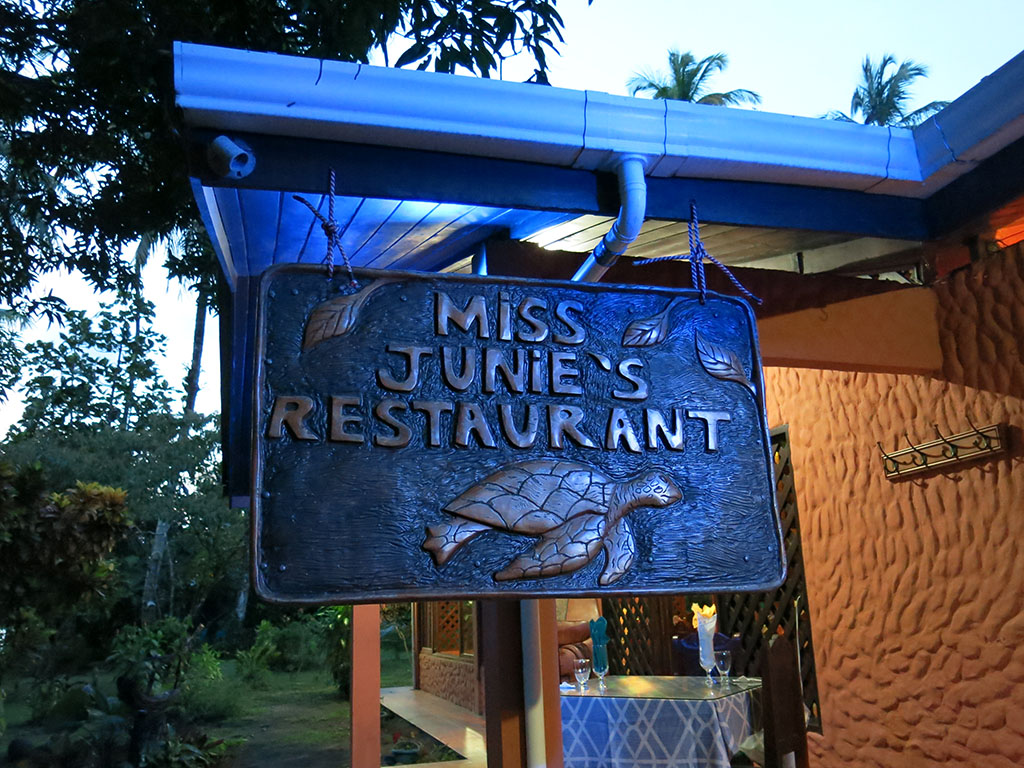 In keeping with the theme of the evening, we had dinner at a restaurant owned and run by Miss Junie, who was responsible for looking after Archie Carr when he arrived at Tortuguero. We had a good local style Caribbean dinner, and she even came out to say hello at the end of the meal, looking fit and well at about 90 years old. 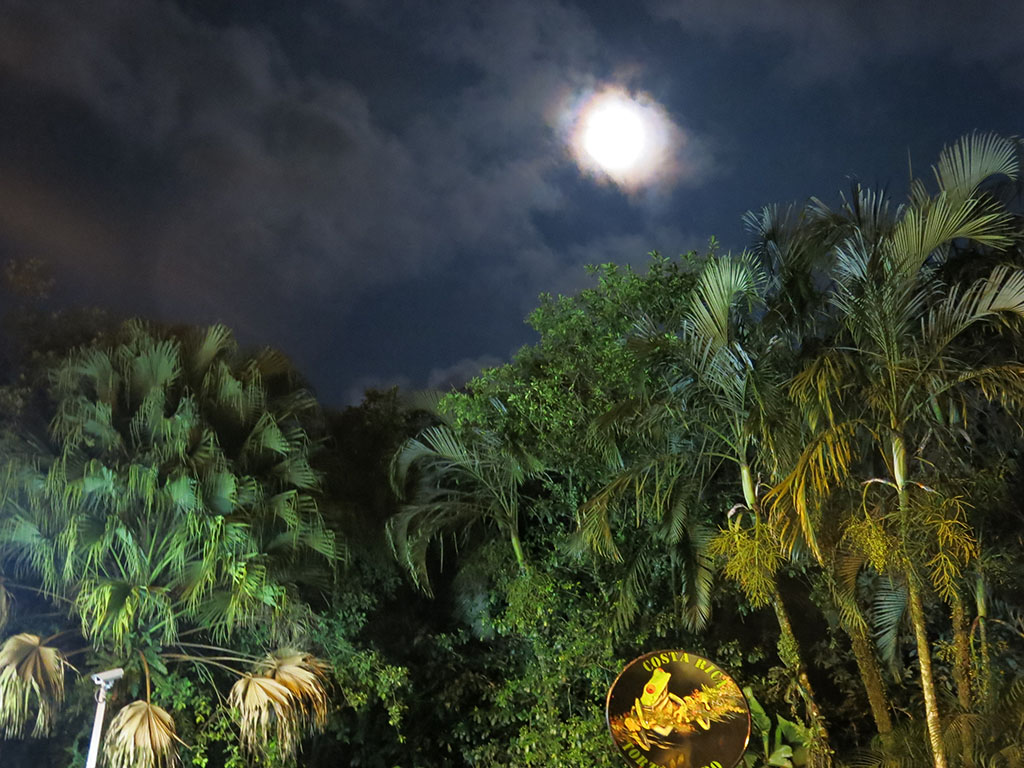 a nice night for a walk

But now it was time to turtle hunt! We met our guide and with explicit instructions that there was to be NO light shone at all (they use a red light to signal and point out things), the group hit the beach and started walking.

We weren’t sure exactly how it would play out, but it basically involved us heading in the direction we were more likely to find a turtle. We came across the location that one had nested just 2 days earlier. Sadly, the nest had been attacked, as evidenced by some egg shells scattered around. Hope some of the little fellas survived and have stayed hidden. 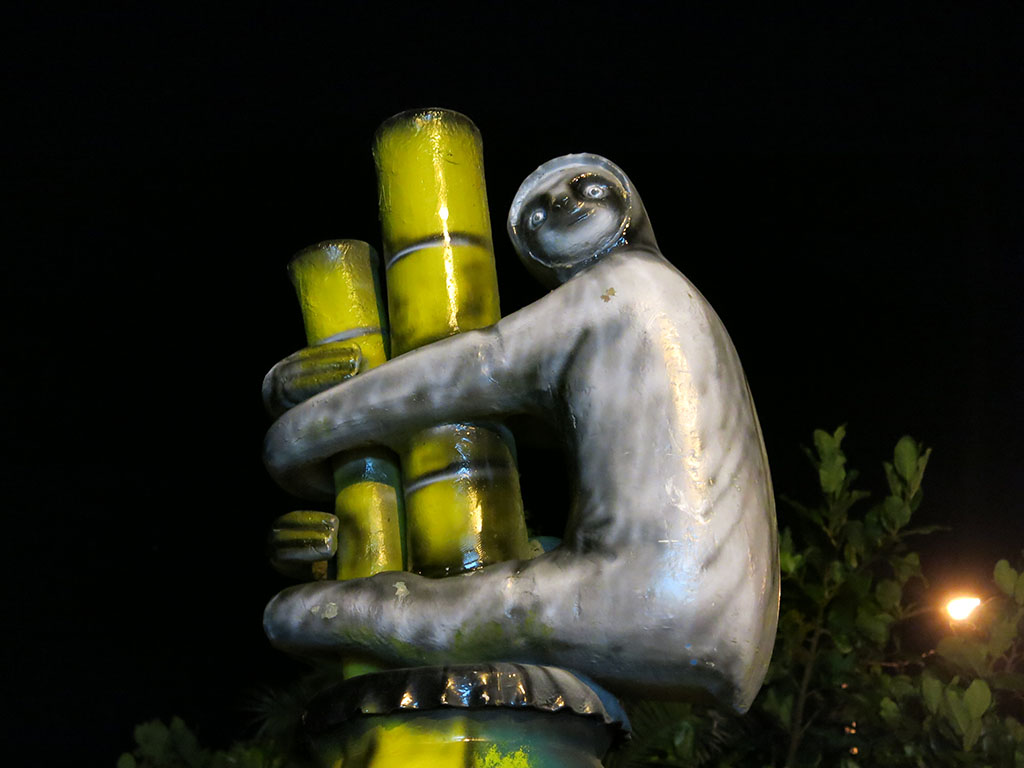 We continued to walk. And walk. And walk. Alas, it seemed as though our good fortune so far this trip was about to run out. After over an hour of walking up the beach, no turtles were to be found. Oh well, you win some you lose some. So we headed back toward town, the full moon our guide. The rain was staying away, so even though we didn’t find any turtles, I just stopped to think that we were exploring a Caribbean beach for turtles under a full moon. Not a bad life.