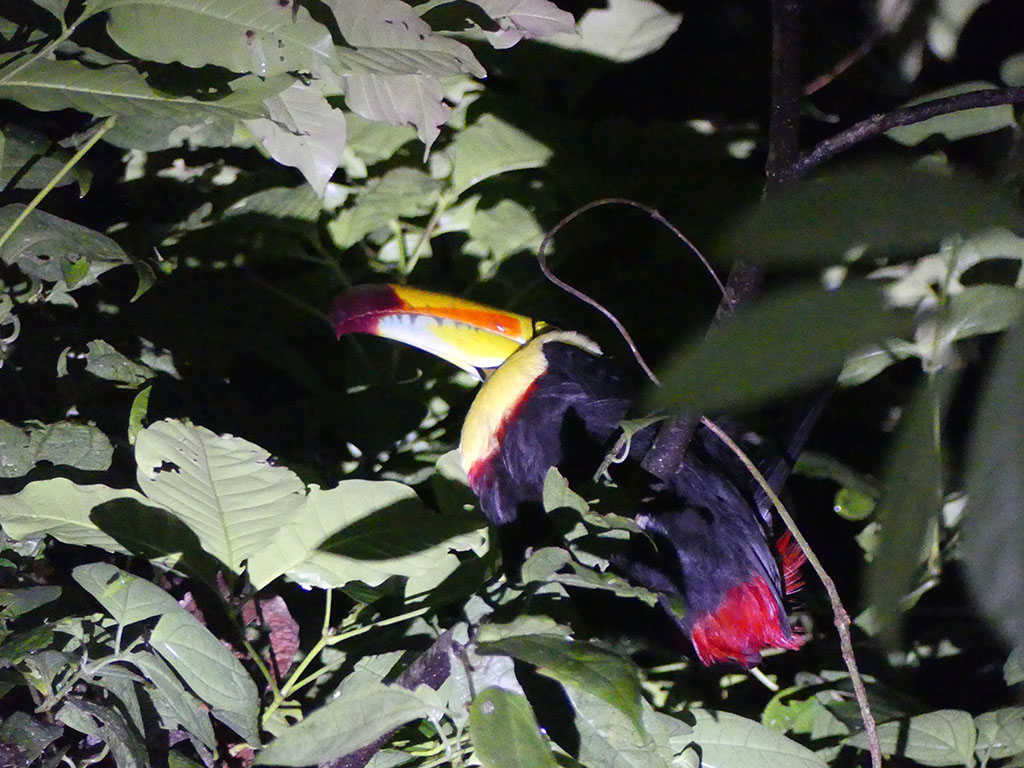 It was time to move on from La Fortuna and head further north, to the cloud city of Costa Rica, Monteverde (well not  a city, but I can’t resist a Star Wars reference). So around 8am it was on to the bus for a few hours of travel. 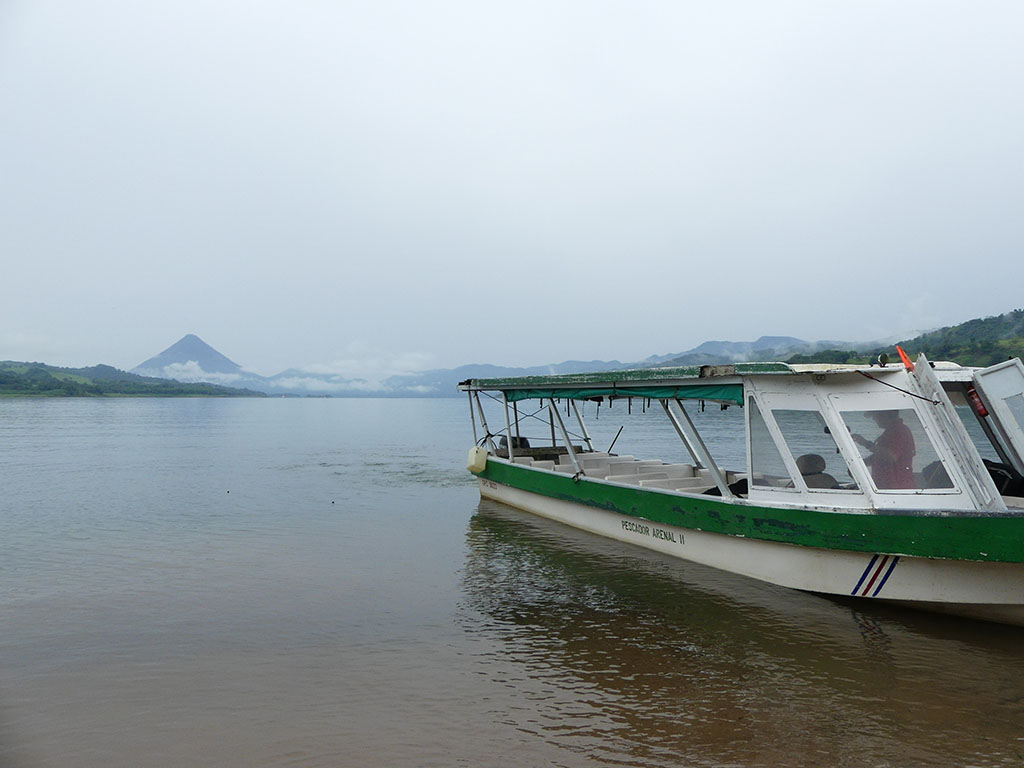 arriving at the other side of the lake

Like some previous travel days, this was broken up nicely, with a little bus ride, an hour on the lake heading to the other side, and then some more bus on the “Costa Rican Massage Roads” to our new locale of Santa Elena in the Monteverde region. The travel went smoothly, with just a little roadside stop at a service station, where we said hello to one of the local parrots.

Monteverde is known as the cloud forest region, being at an elevation around 1500m. For much of the year, the area is enveloped in a cloudy mist, giving the forest a whole new dimension and meaning there was the chance to see some different wildlife. 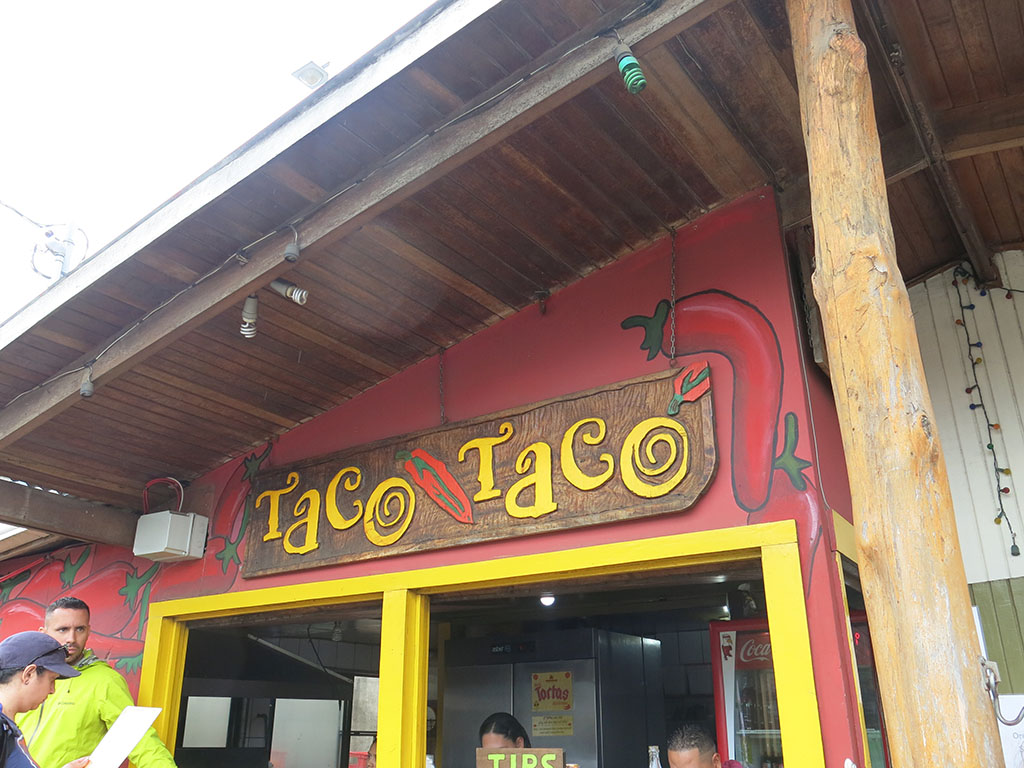 About lunchtime we arrived in Santa Elena, and after dropping off our bags at the hotel, it was straight back downtown to get some lunch. By downtown we mean about 2 streets with some places to eat and buy a souvenir and not much more. Andreas took us straight to Taco Taco, a casual Mexican style eatery for some quick, cheap and apparently delicious Mexican food. 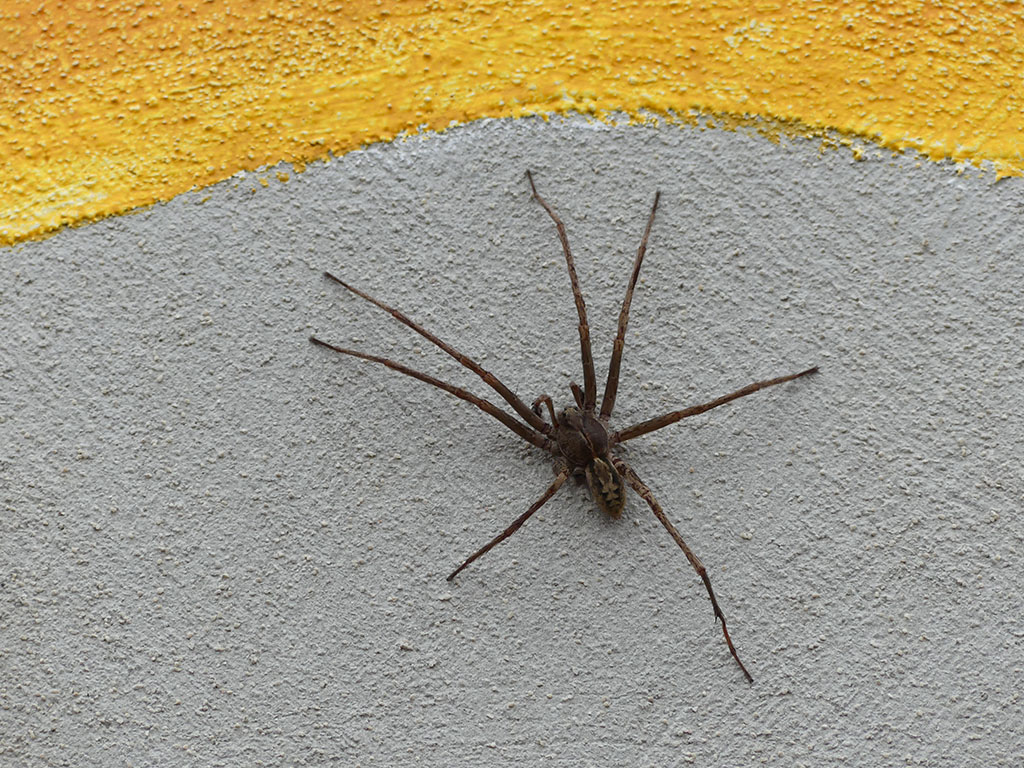 a local at taco taco 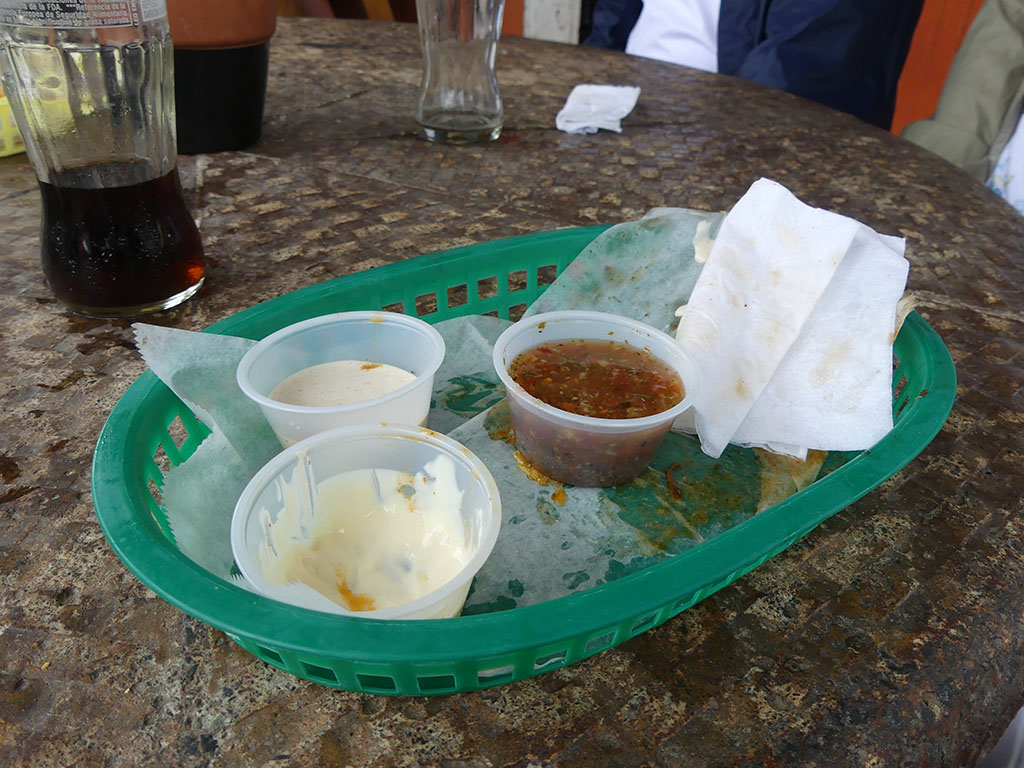 After seeing the menu I was in trouble… I wanted to eat everything! I struggled deciding and eventually went for the tempura avocado tacos (yep, tempura avocado). When they arrived they looked delicious, and they were! So so tasty! I was definitely going to try and get back there before leaving Santa Elena. I forgot to take a picture of my tacos so you only get a picture of an empty plate 🙂

The afternoon was a cruisey one, with no real plans up until nightfall. So Kate and I wandered town a little, which didn’t take too long. So we headed back to our hotel room to relax a little and catch up on some Eurovision that we had missed. 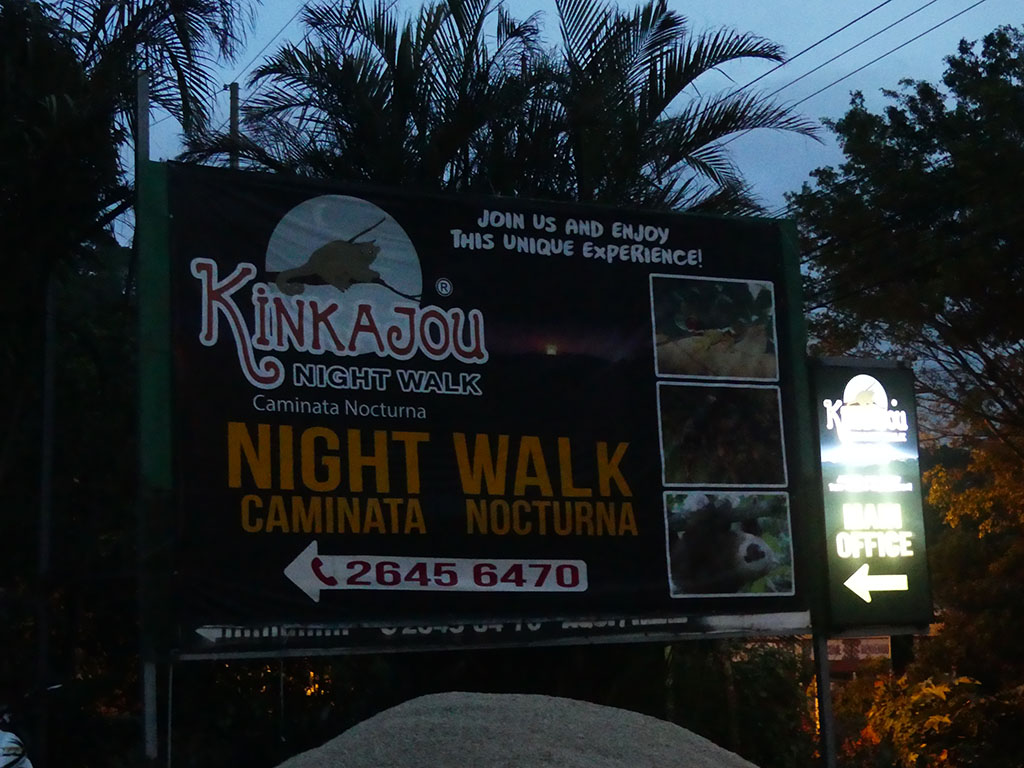 checking out the nightlife

On nightfall it was time to head out, like in our previous places, for a night walk of the forest to see what we could find. This was expected to be similar but a little different, as we were now at a much higher elevation. There was probably going to be less reptiles, but the chance for more sloths and if we were lucky, maybe a tarantula or two (fingers crossed!). 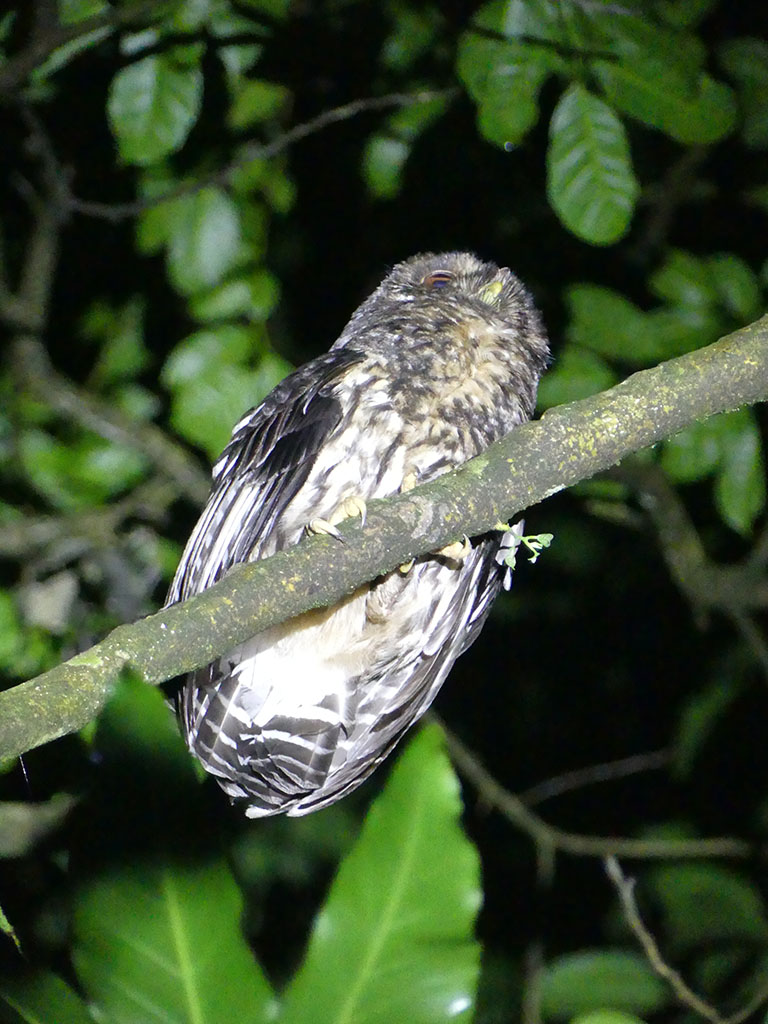 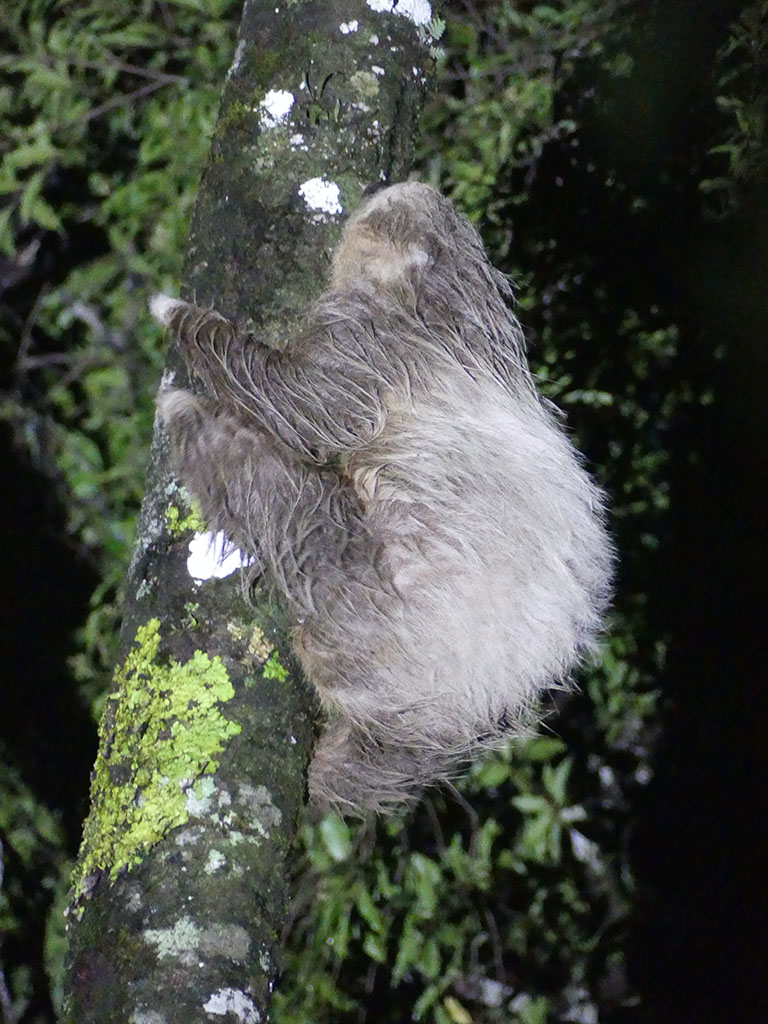 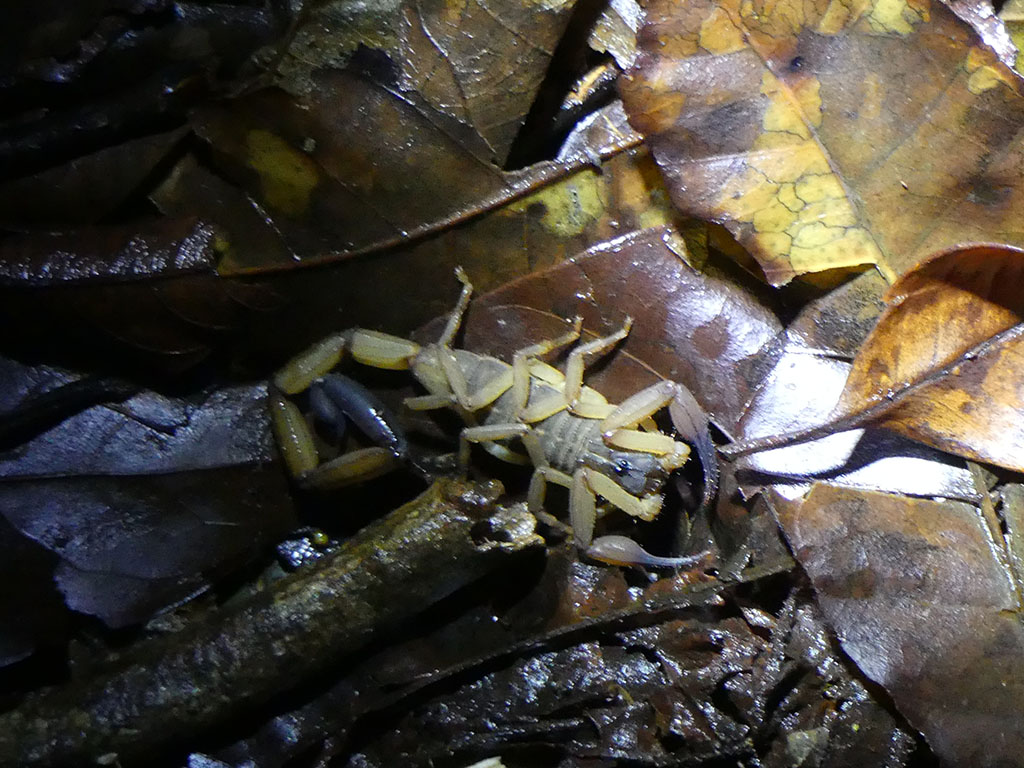 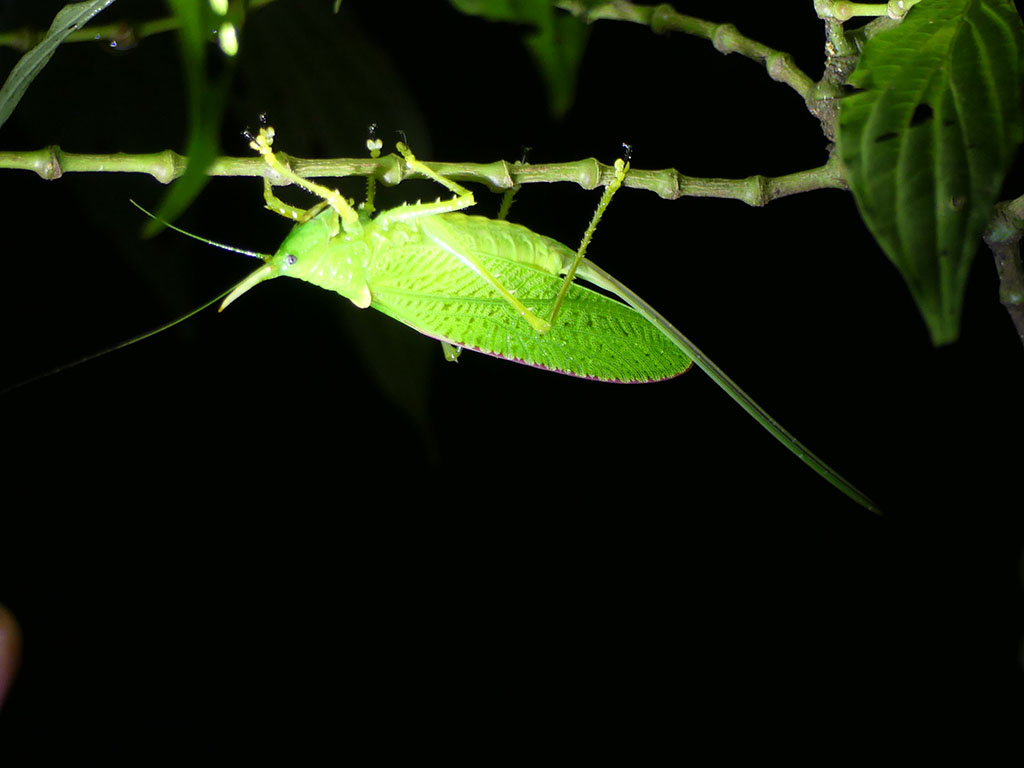 For the next couple of hours we wandered through the forest with our guide. We came across quite a few animals we had seen in our travels so far, including another sloth (that’s now 4!), a toucan, and owl, but alas no tarantulas, even though our guide tried to coax one out of a big spider hole. We have a few more days in the forest here so maybe we would be lucky later. 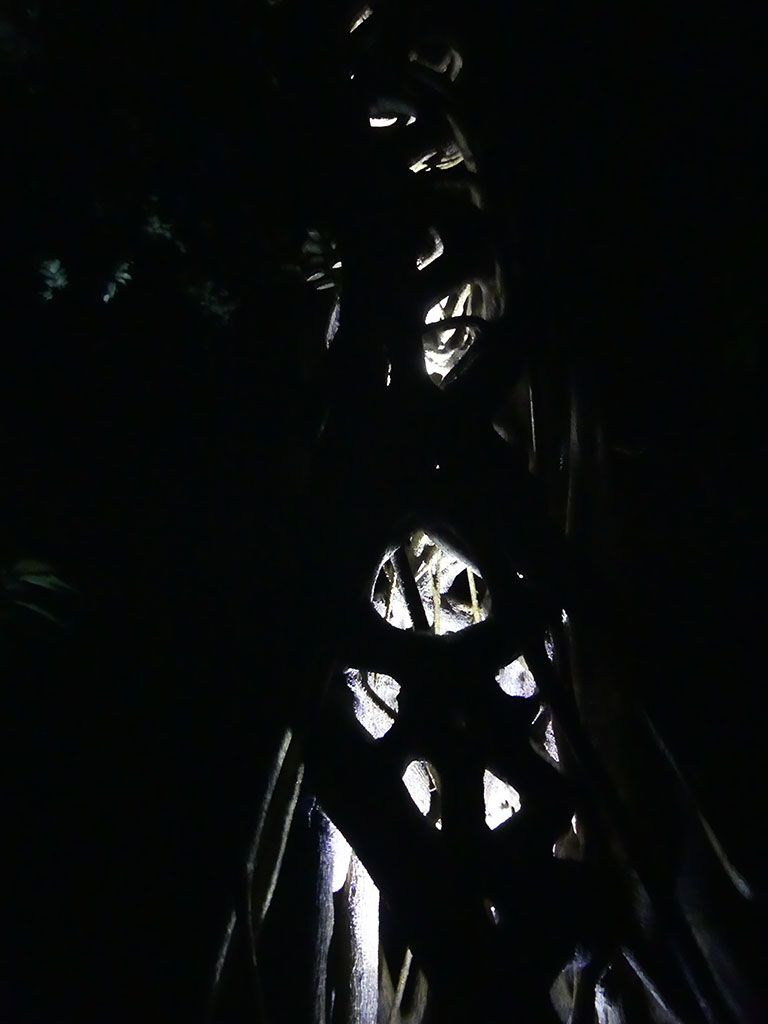 In the middle of the forest was this crazy tree. It is hard to tell from the picture, but it was hollow, with a trunk made of intertwining branches. Our guide got us to turn all our lights off and shone one up through the middle which was amazing. 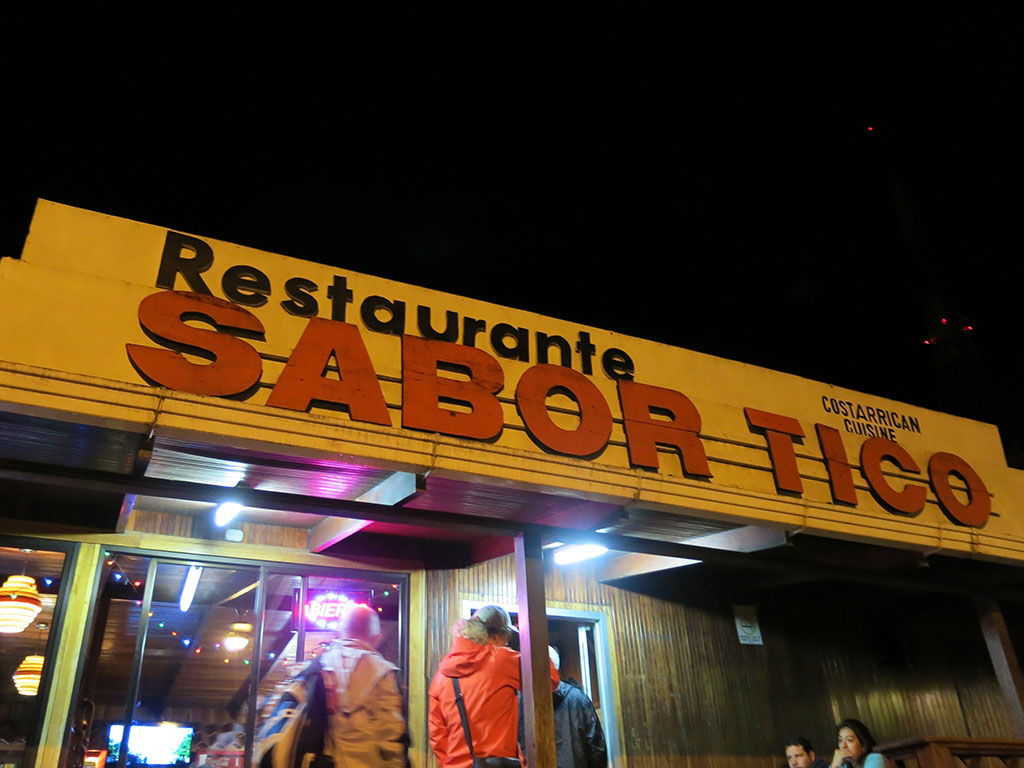 Our night exploring came to an end so it was off to dinner. Andreas picked a local restaurant that focused on traditional Costa Rican cuisine (and craft beer!), and like most things to this point was pretty tasty. I opted for a chicken dish that was pretty good, but my craft amber ale was very delicious! A nice way to cap off the day.