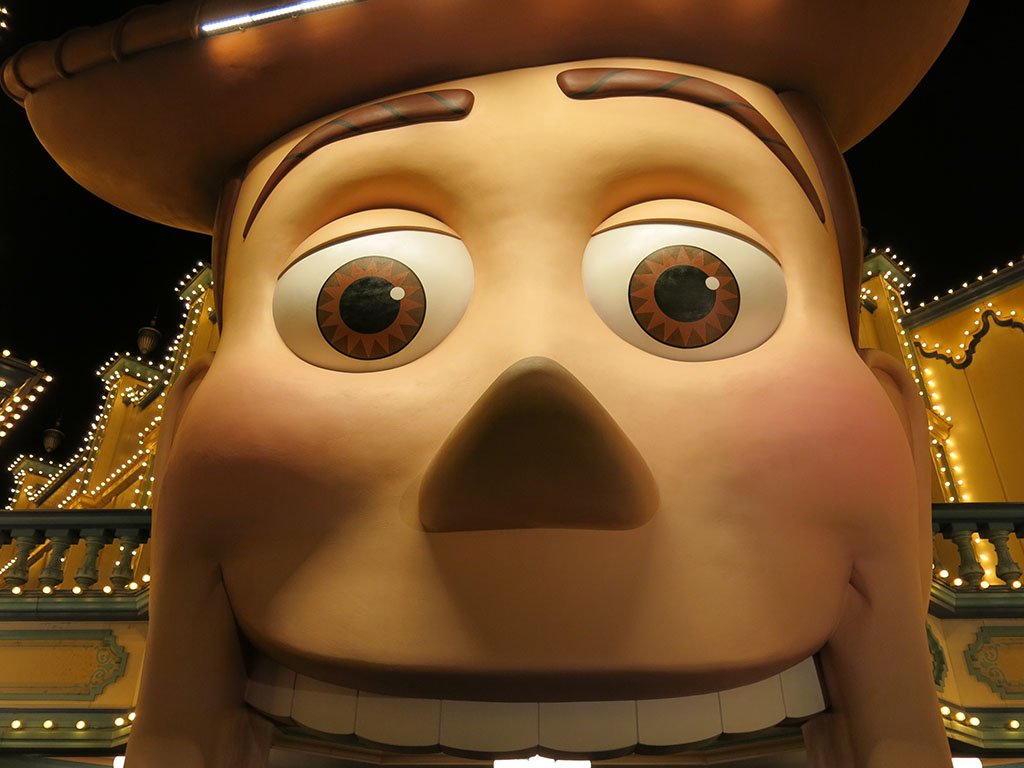 Our last main day in Tokyo was to knock off another Disney park for Mads, this time DisneySea. We had been fortunate to even be going, as it seemed with Christmas approaching the parks were jam packed and selling out on weekends. But we had tickets so a VERY early morning got us to the park by about 7:20, in line for more craziness. 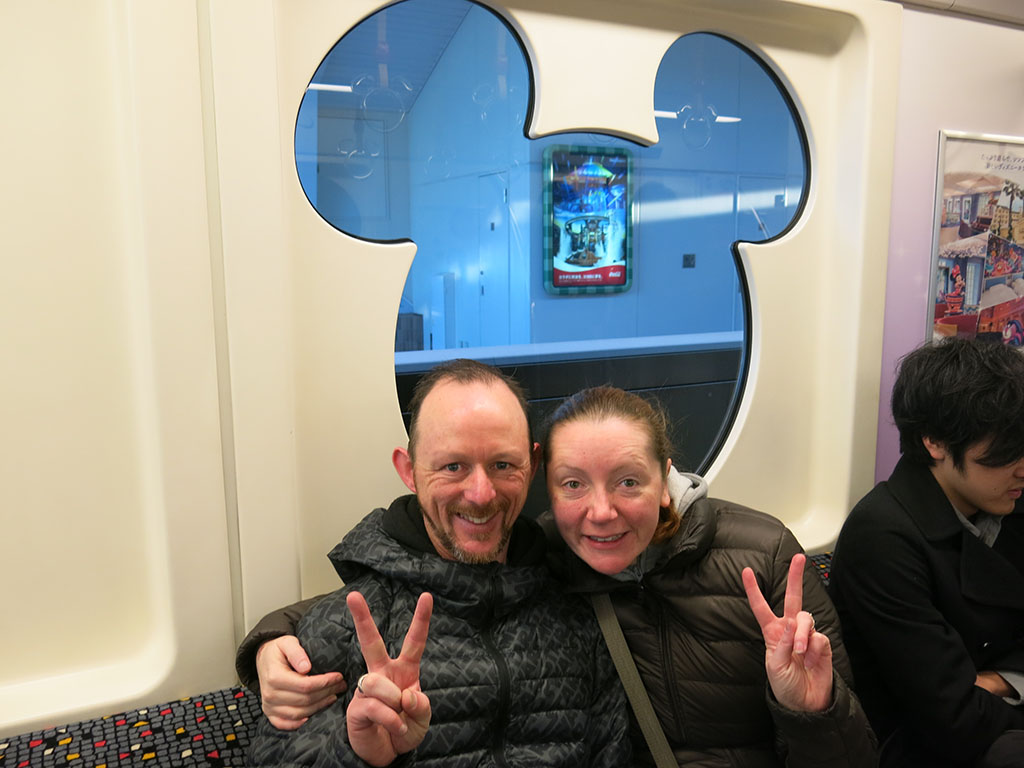 looking bright eyed and bushy tailed for 7am 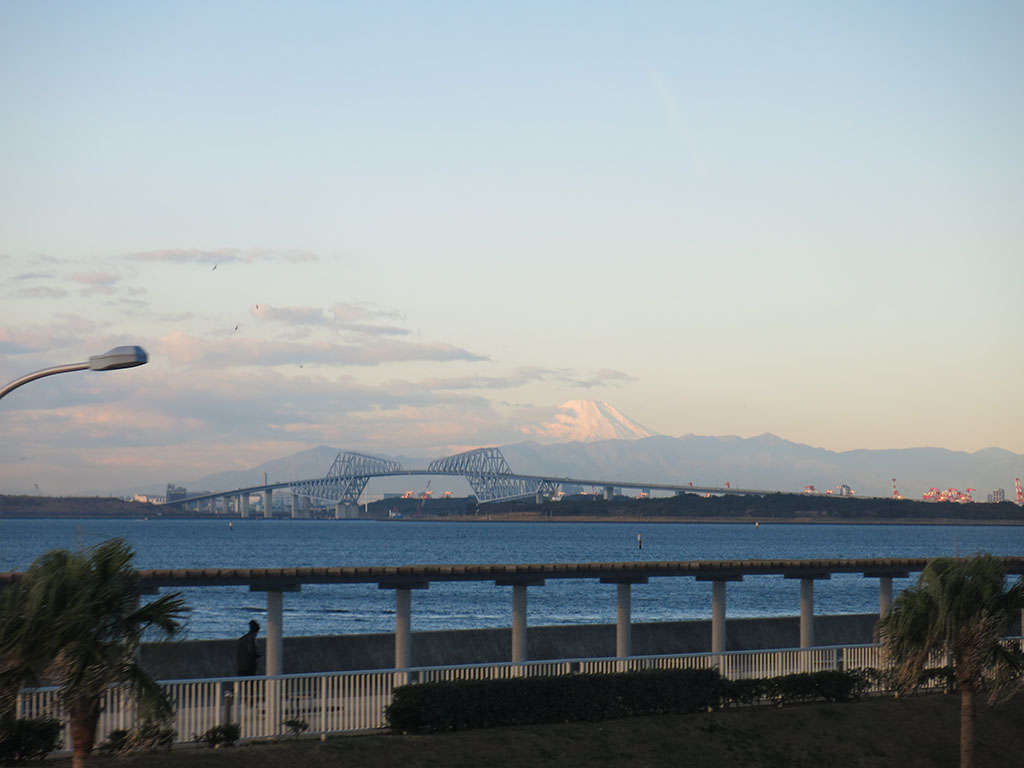 And craziness it was indeed. There was already a massive queue of people waiting to get in and Kate’s research had suggested there was no way we would be able to do all rides in the park. So we had to be even more strategic. So as the park opened I ditched the gals and ran for fast passes for the most popular ride, Toy Story Mania. It is the most recent ride built (a clone of the California Adventures one) and routinely has wait times of 3-4 hours which is just nuts. So everyone tries to get a fast pass which means a queue just to get those first thing. But about 45 minutes of waiting meant we would get to ride it so we were all sorted. 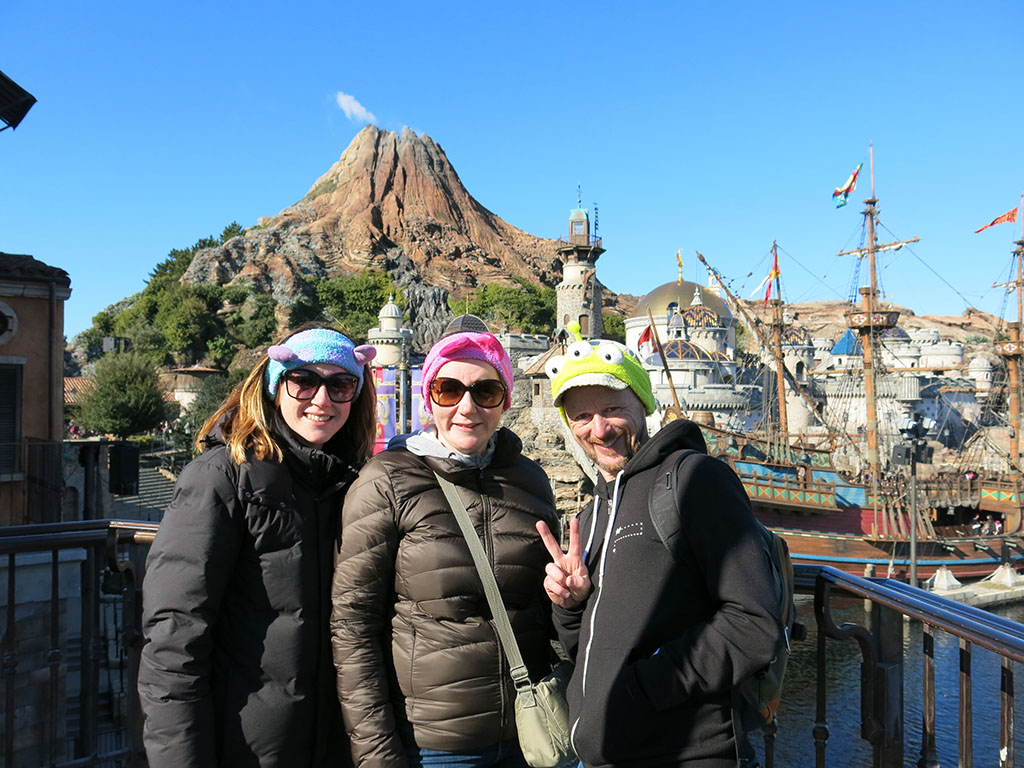 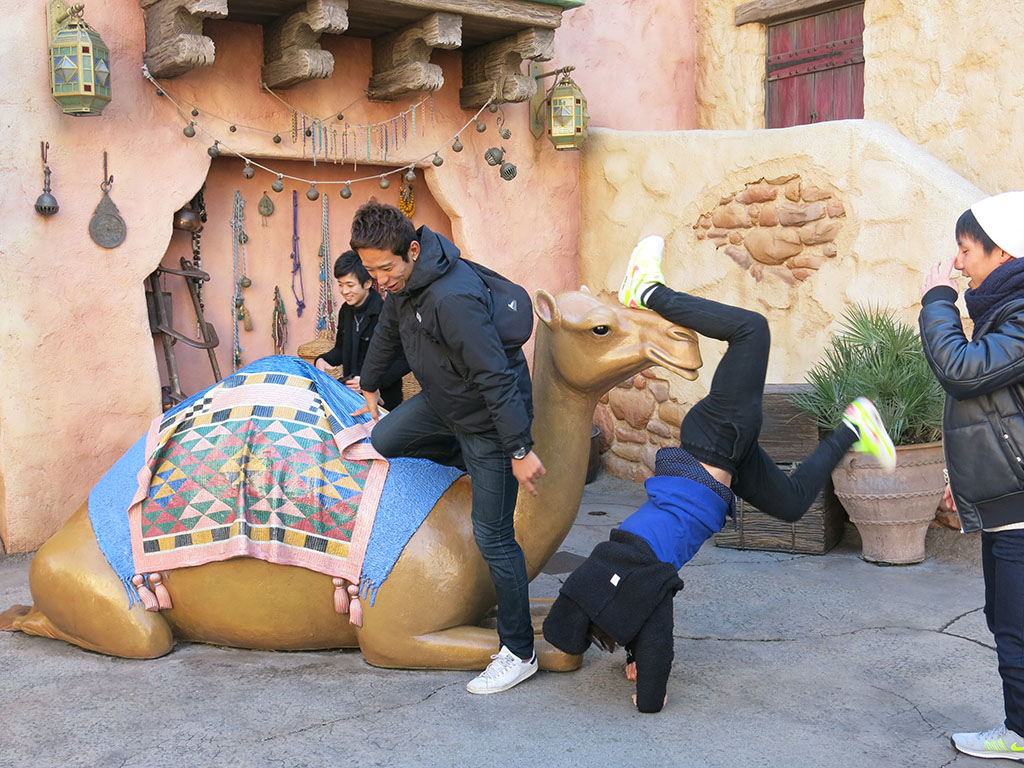 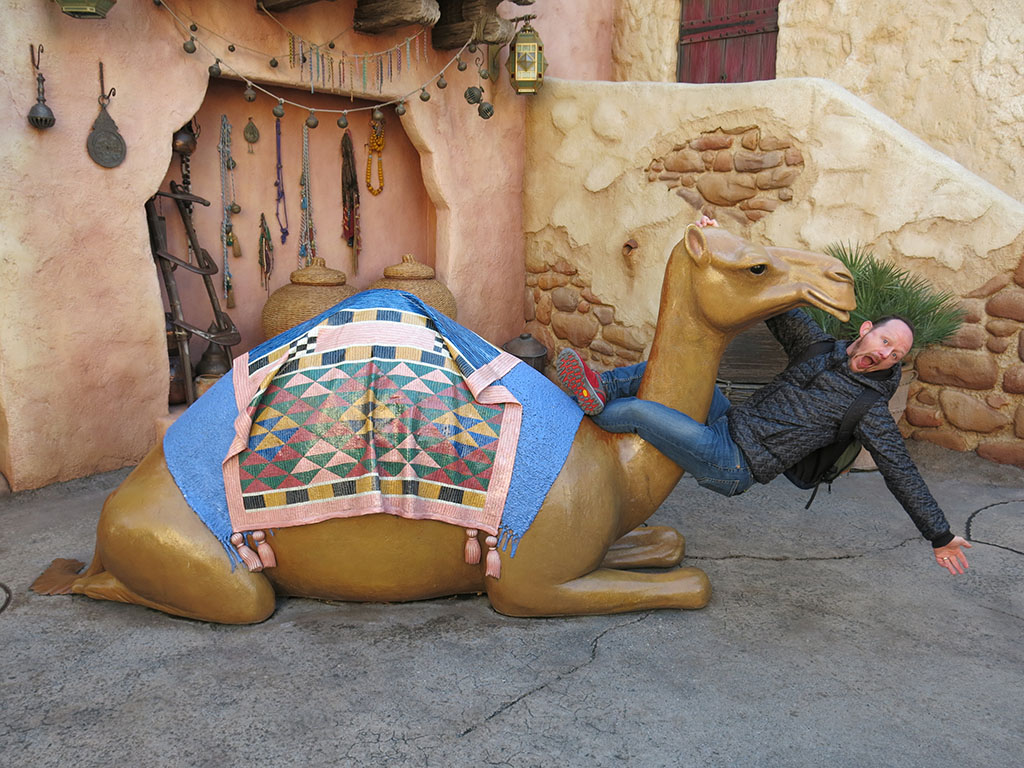 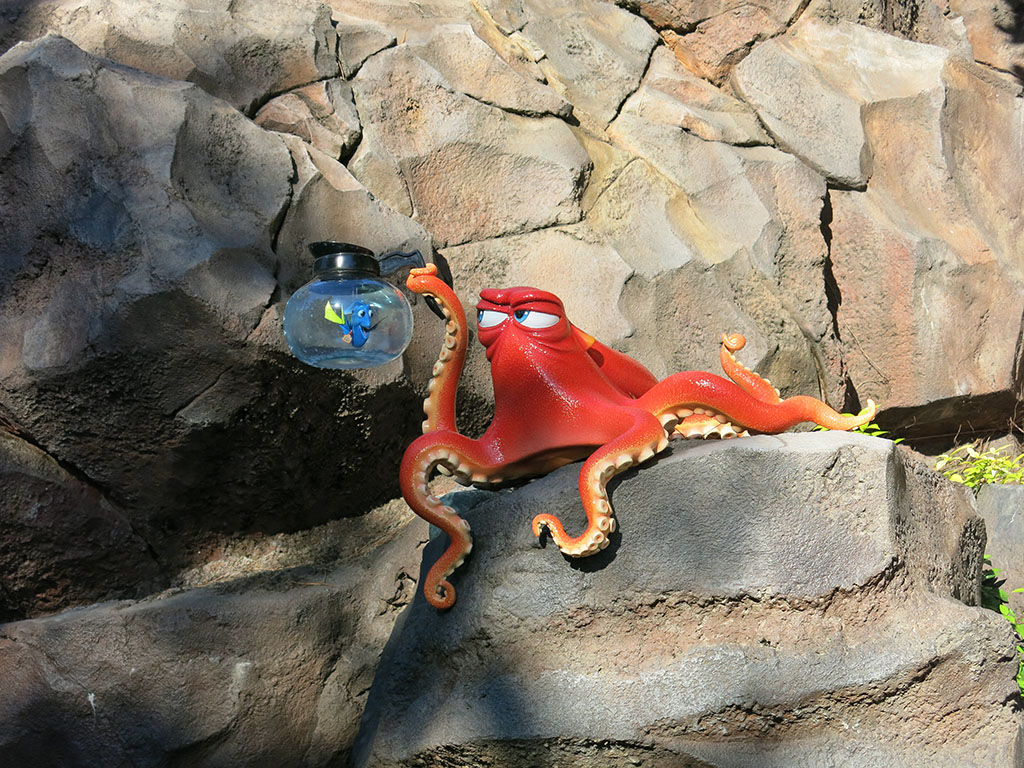 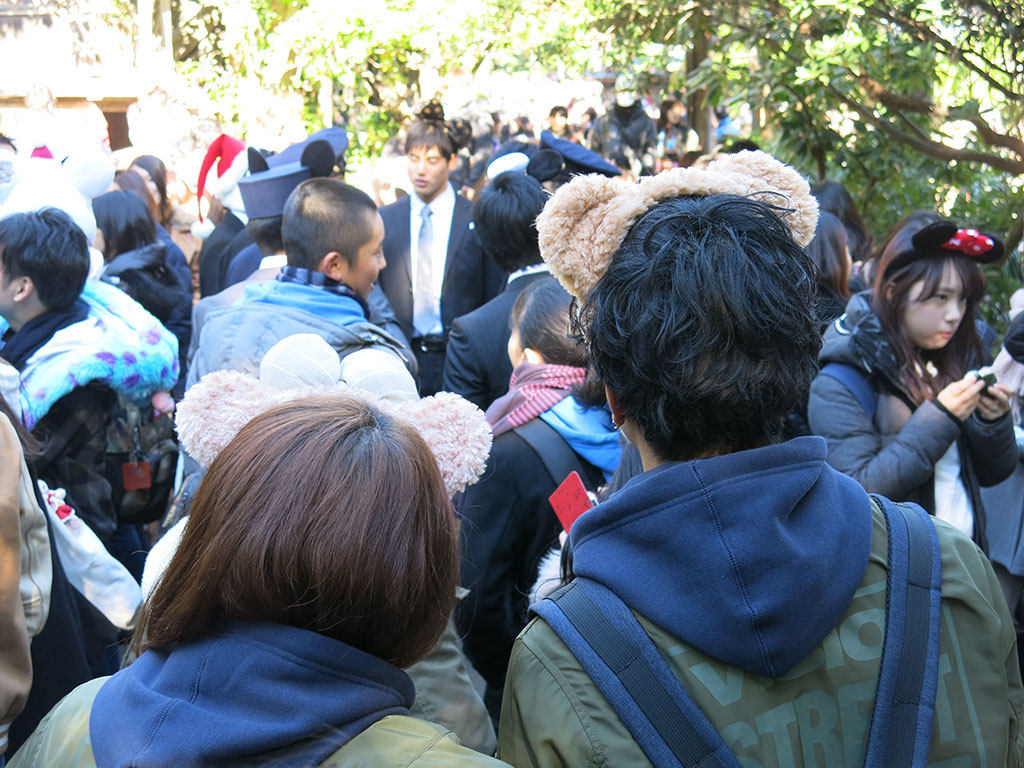 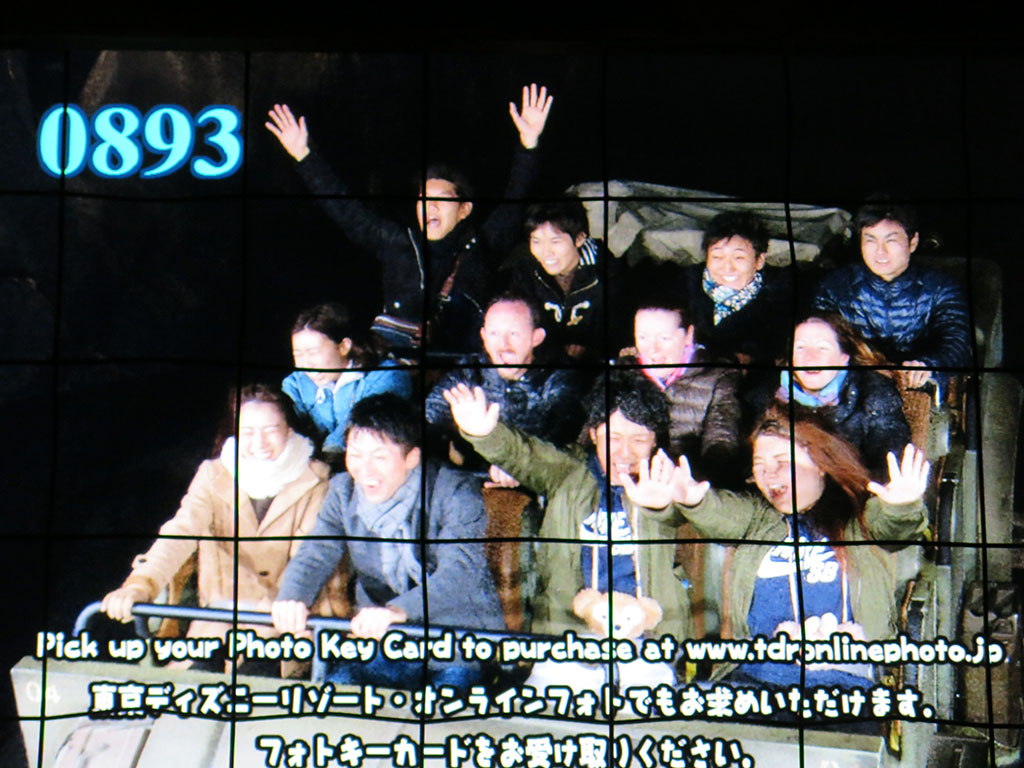 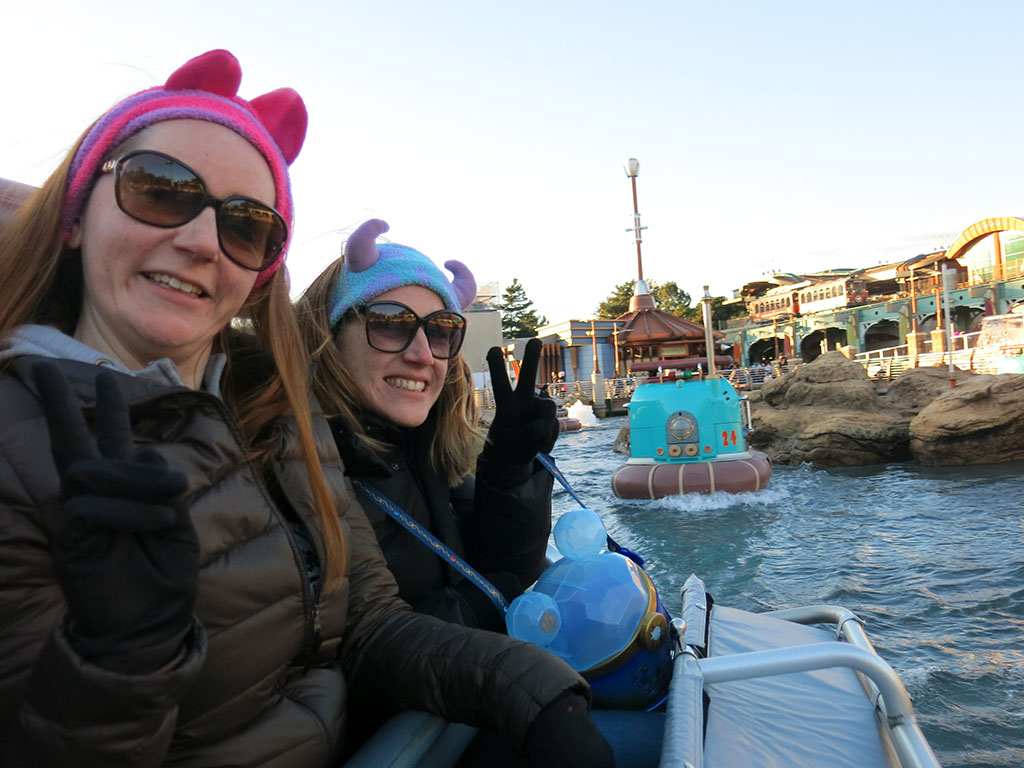 After that it was a matter of juggling the rides to maximise how many and minimise wait times. It seemed the combination of weekend, Christmas and smaller park meant we were going to be fighting crowds all day. Oh well. Over the course of the day we managed to knock off everything we wanted, with only one long wait, which was for the best ride, Indiana Jones. We managed to get on lots of the others as well, including the story themed ones like Sinbad, the most excellent Journey To The Centre Of The Earth and 20000 Leagues Under The Sea and even see a show or two. Toy Story Mania was just as fun as I remembered too, especially scoring a pretty high score too thanks to my sharp shooting. Sadly I missed out on the Tower of Terror, but I wasn’t prepared to (nor have the time) wait 2.5 hours. So we just ran around the park having fun, being befuddled for the insane lines for popcorn and turkey legs, being confused by Duffy the Disney Bear, and just soaking it up.

Rather than have a typical parade, here at DisneySea it was all based on the lagoon in the middle of the park. The show here was Fantasmic, one I had seen in California many years ago, but one Kate had not seen. So on dark, we settled in in a good spot and kicked back. 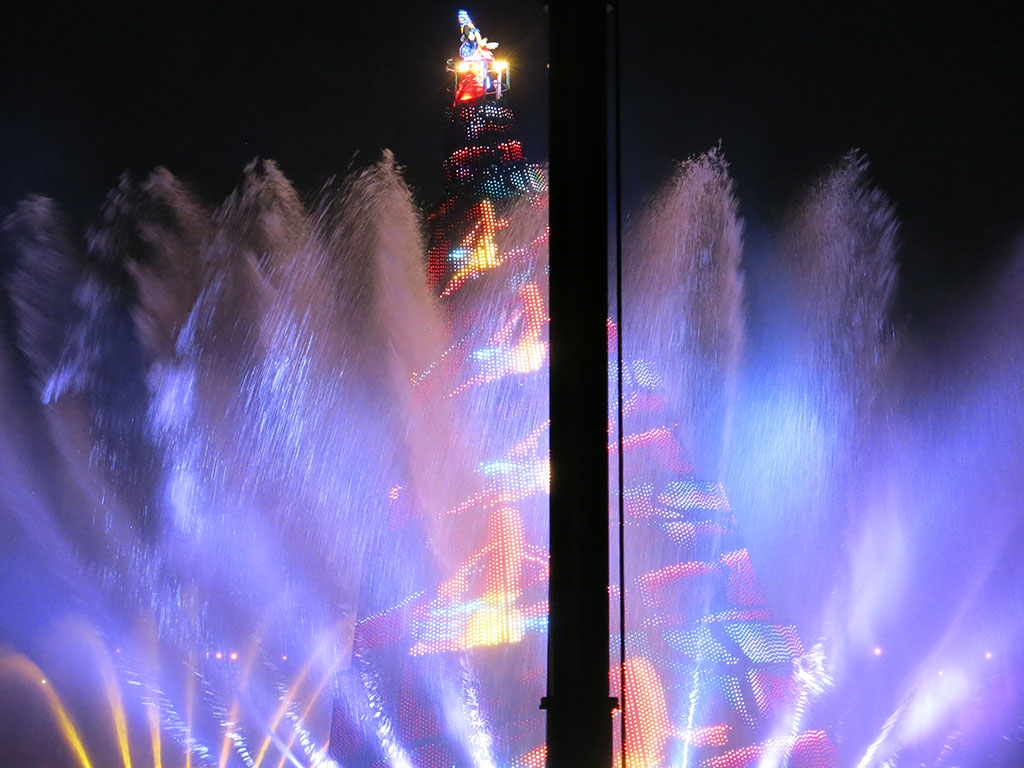 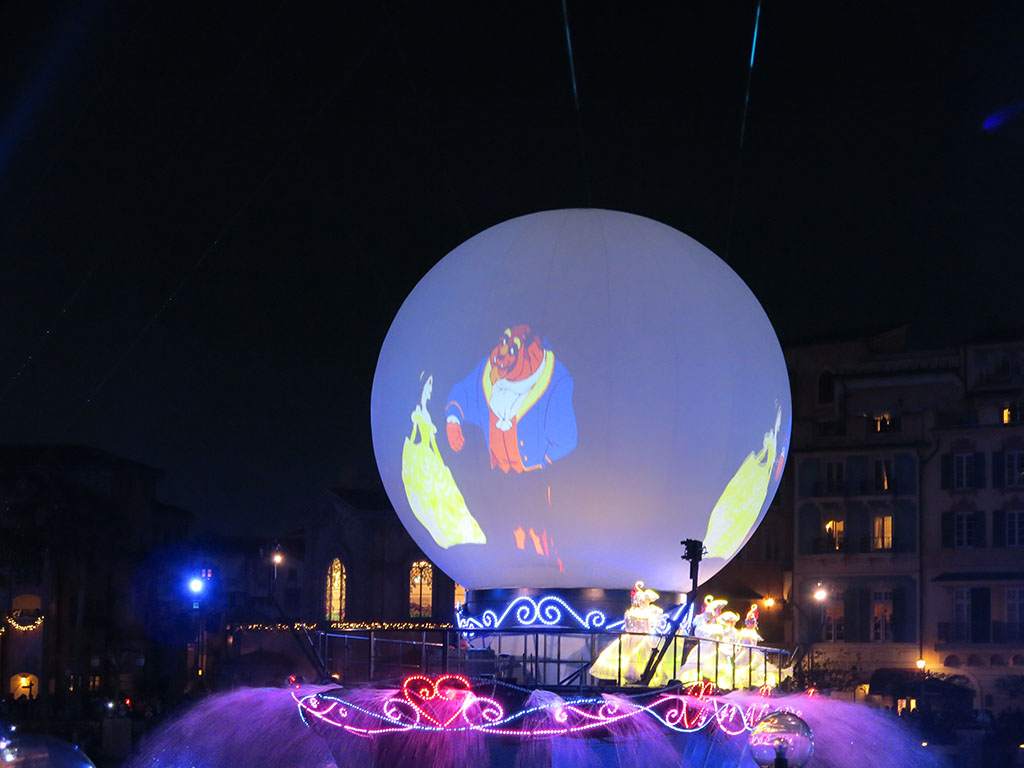 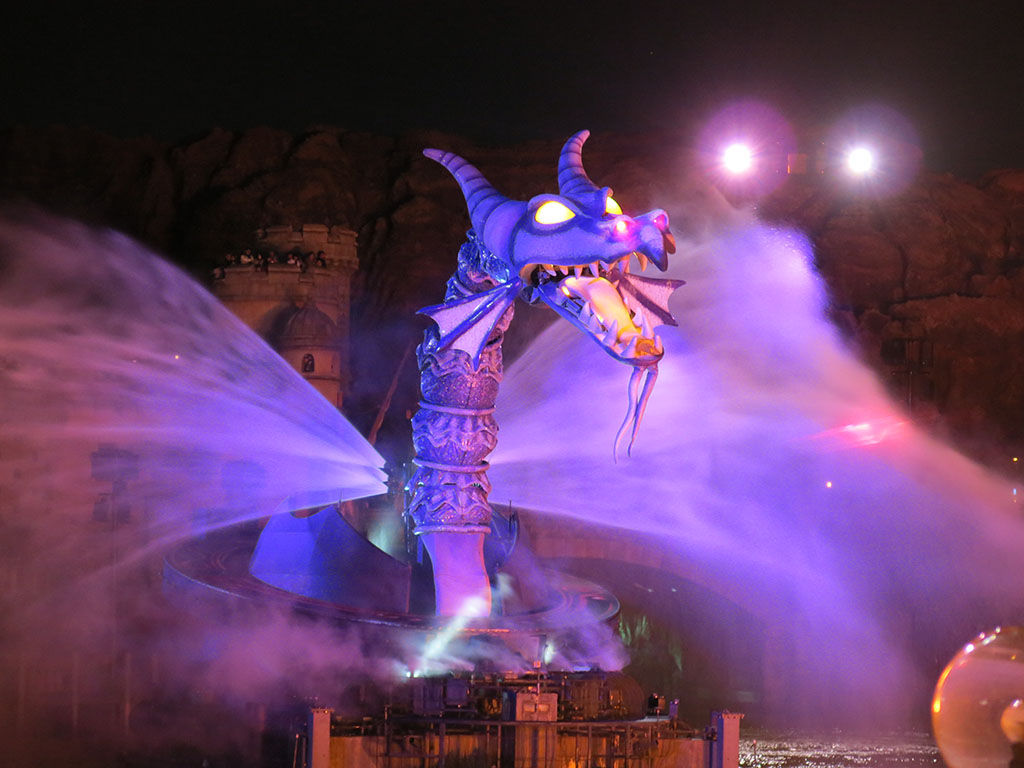 It was finally time for us to get on to Toy Story Mania, after the epic chase for fast passes at the start of the day. Kate and I had been on this in California Adventures and is definitely one of my favourite rides. Like Astro Blasters you get to compete and try and score points as you move through, this one decked out like a carnival with different games of skill. The 3D actually makes it pretty great. Worth the 4 hour waits many people are doing? Probably not. But it is still rad. 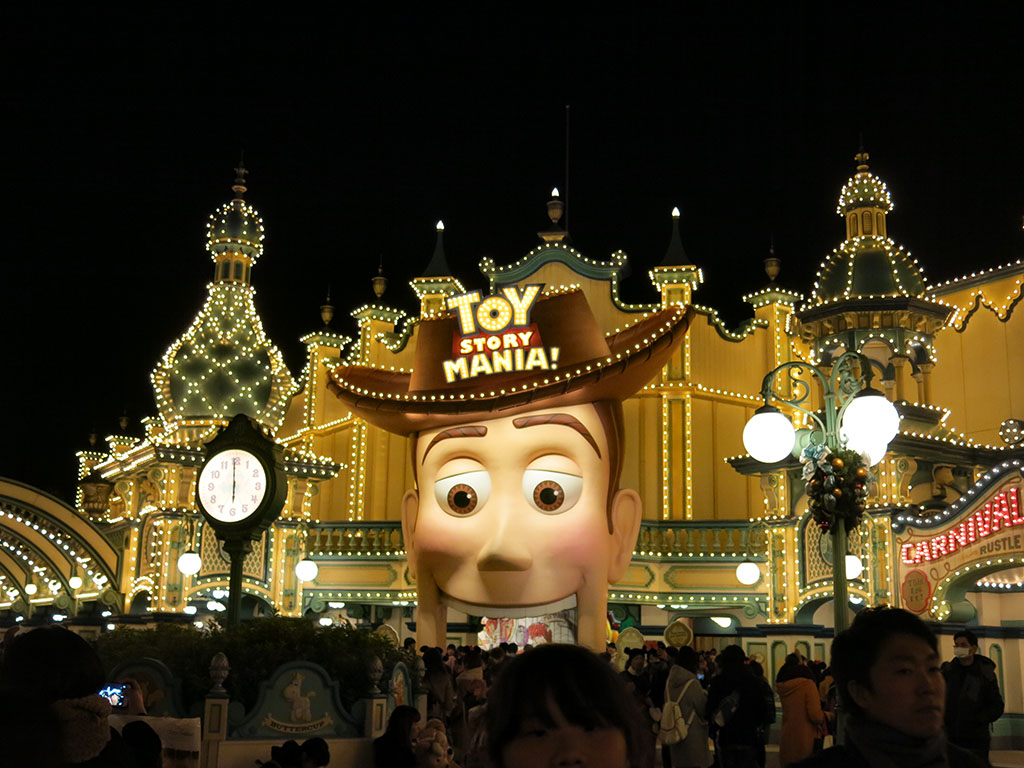 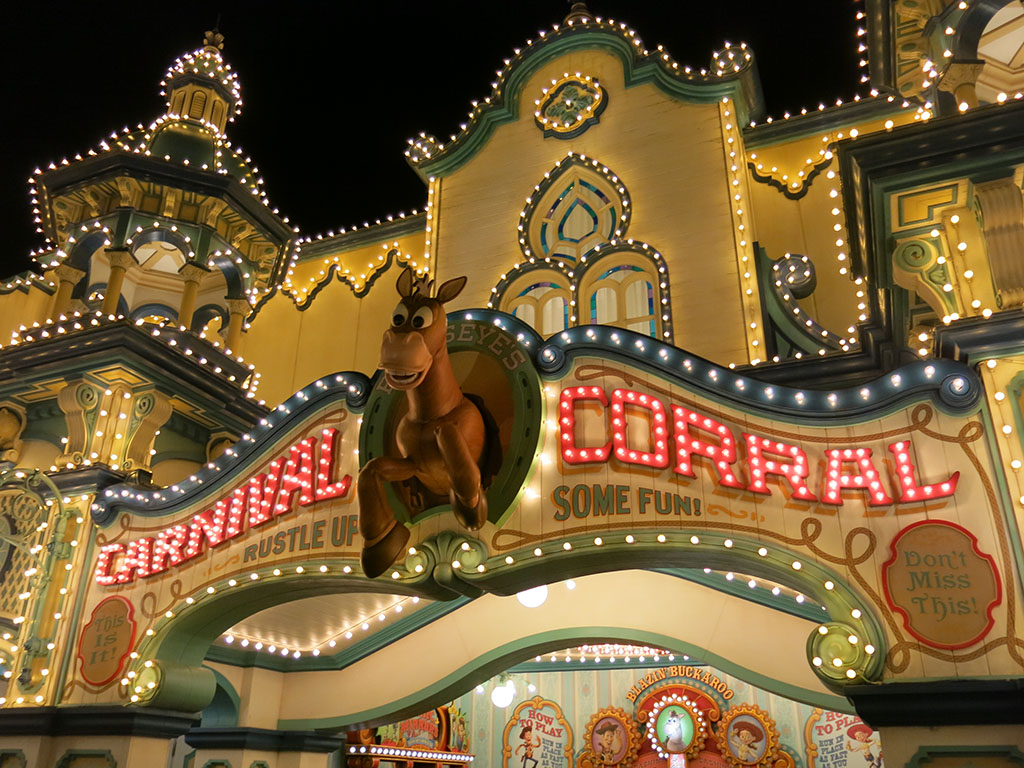 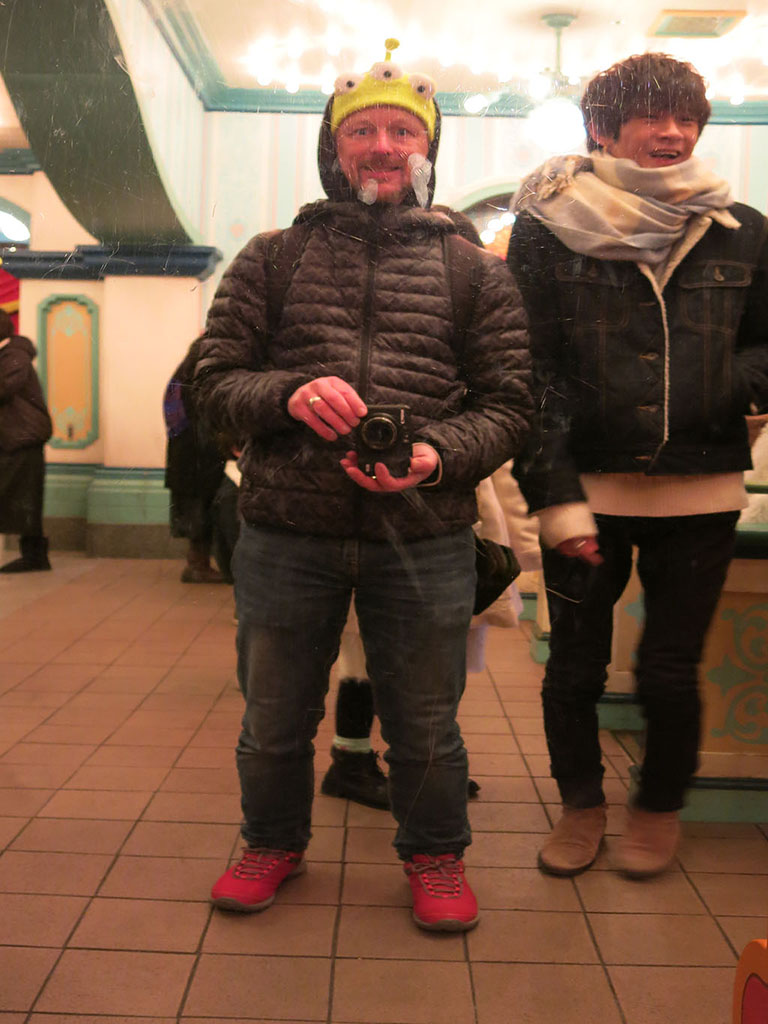 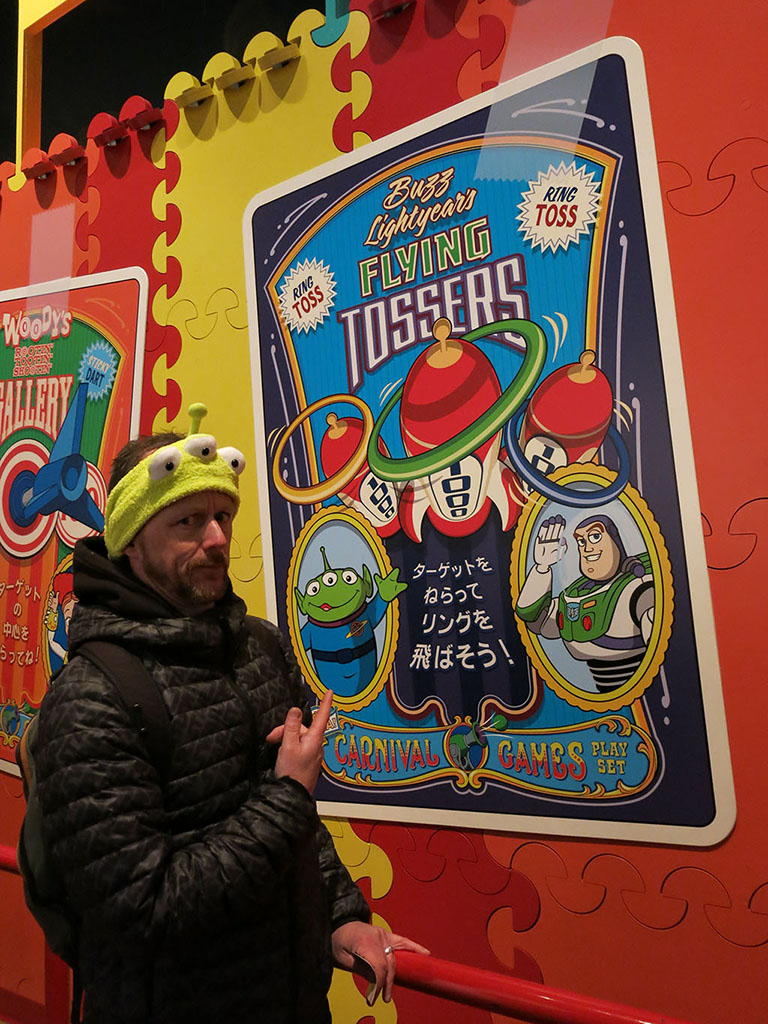 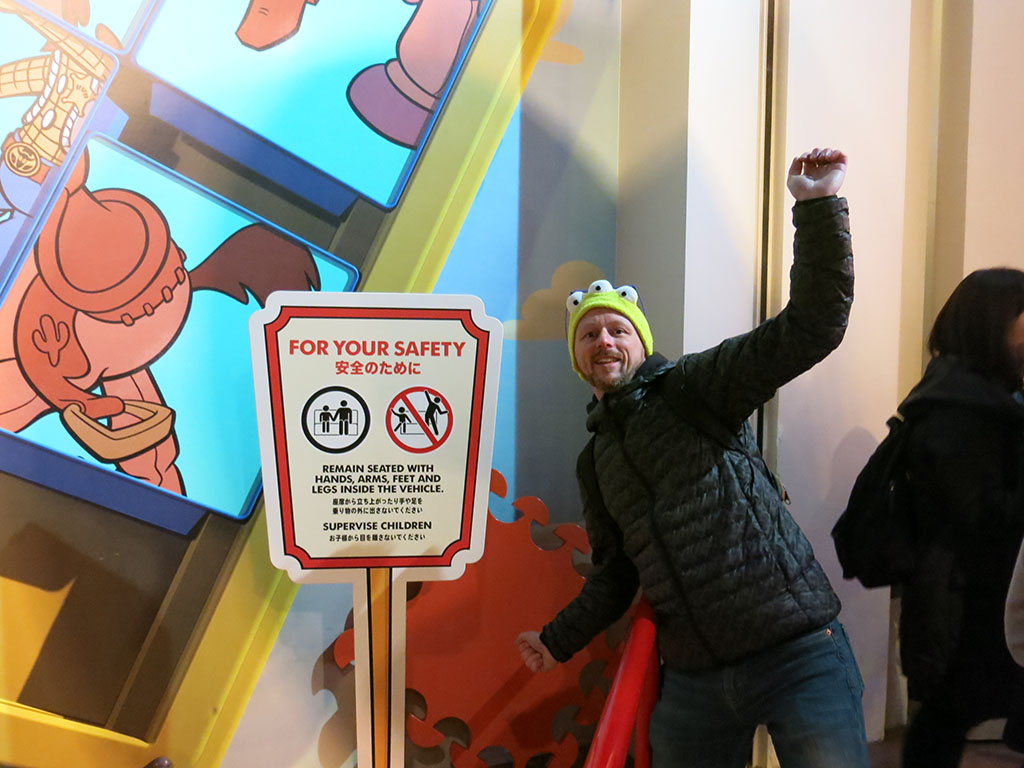 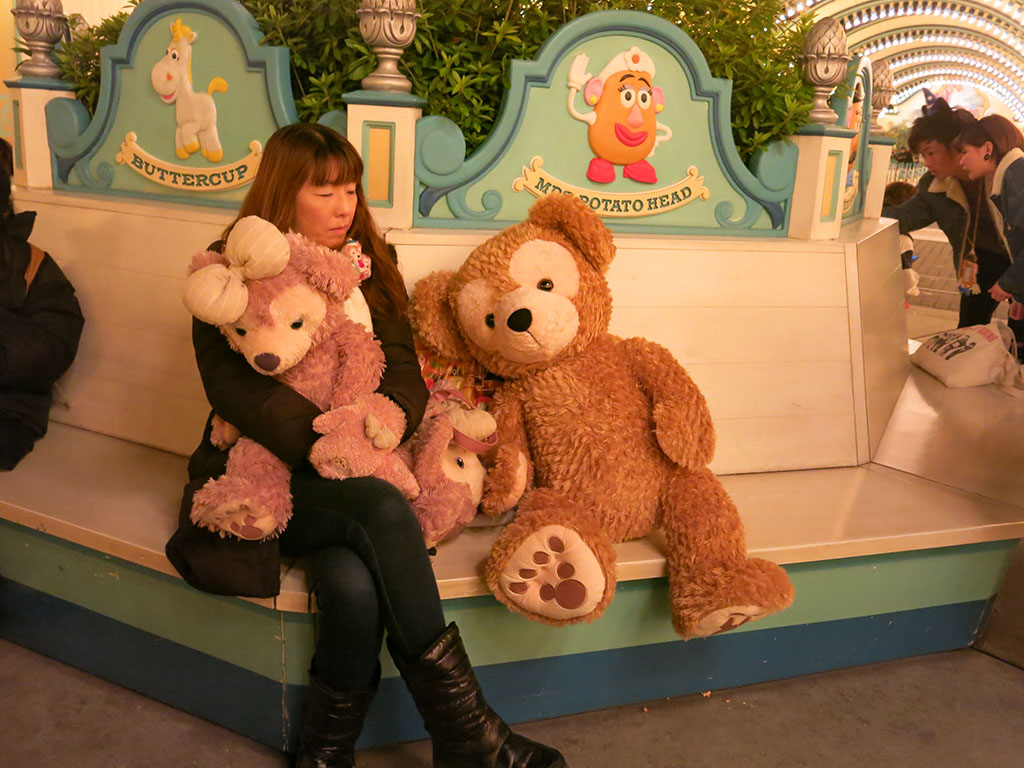 Like Friday, next thing we knew it was approaching 10pm and park closing time, so we got a least couple of gifts and trained it back again. Another night getting home after 11pm having been up since 6. I don’t think I had managed more than about 6 hours sleep a night, combined with all the walking so I was exhausted. We all were, but it was just as we wanted it.