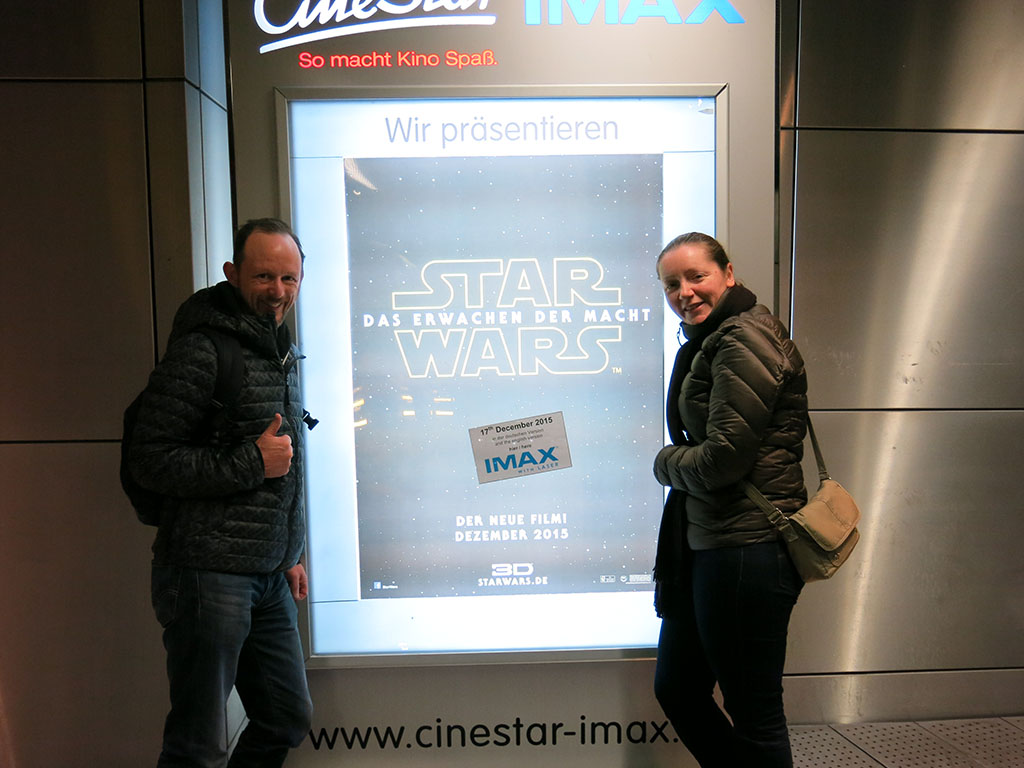 This day had both arrived so amazingly quickly, and yet also taken forever.

You mean how long it had taken me to come back to Berlin?

Everyone knows I love my Star Wars. I’m a child of Star Wars, and I have probably watched the original trilogy 100’s of times each (without exaggeration). Empire Strikes Back is quite possibly my favourite movie of all time. And like everyone else, I was burned by the prequels. I’m not going to bang on about those, but to hear that Star Wars was coming back, with JJ Abrams at the helm, I was a bit excited to say the least. Some people had been laughing at me the past few months that I was so excited… “don’t you remember how you were burned by Phantom Menace?!” I have been asked constantly. Sure I do, but that was even more reason to be excited by this.

So when we had booked our holiday and I knew we would be away when it opened, I had to work out the plan. Berlin IMAX seemed to be the best bet for getting an original language version, and when tickets went on sale, I jumped. Opening day! Yes!

On our first proper day in Berlin, the big day had arrived. We jumped on the train and headed toward our first landmark… the Brandenburg Gate. 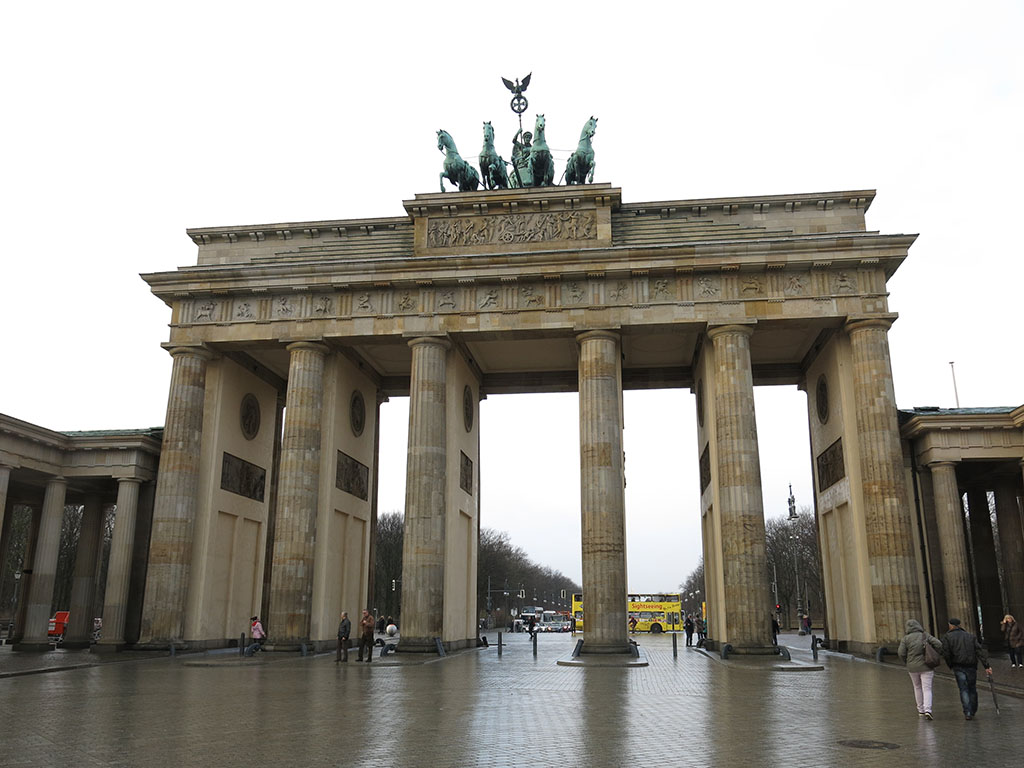 Eiffel Tower. Big Ben. Statue of Liberty. The Brandenburg Gate fits in to these as the quintessential sight for the city. You know you have been to Berlin when you have seen this landmark. As it turns out I had never seen it. When I was in Berlin, it was covered in scaffolding being cleaned, so this was exciting. 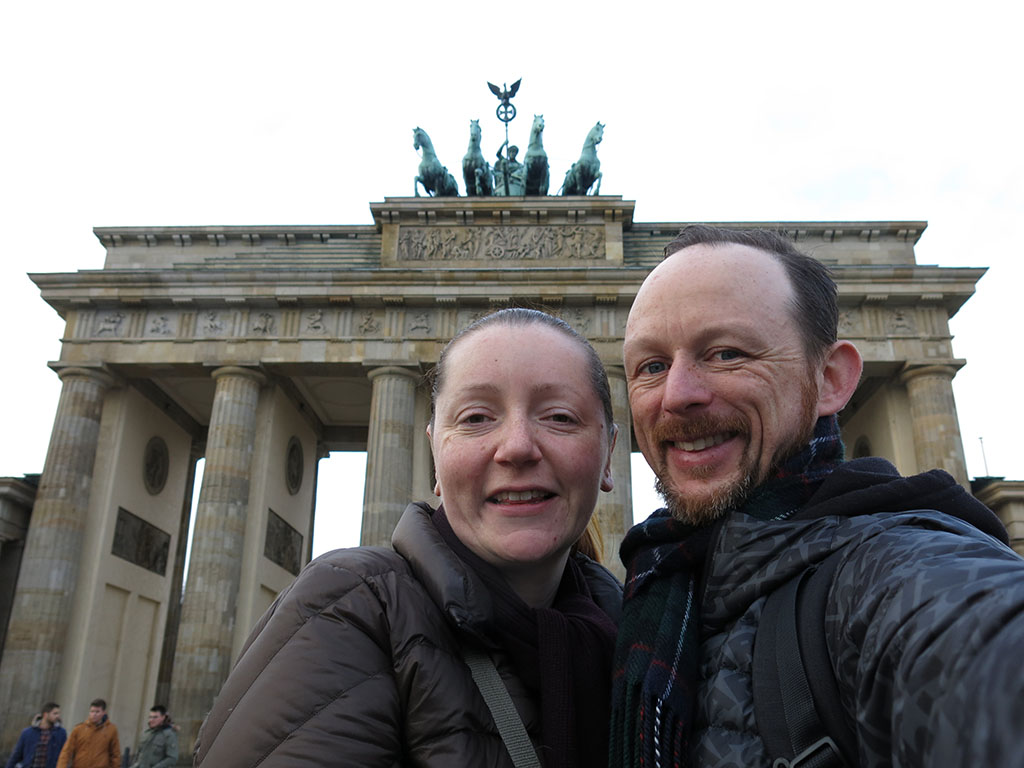 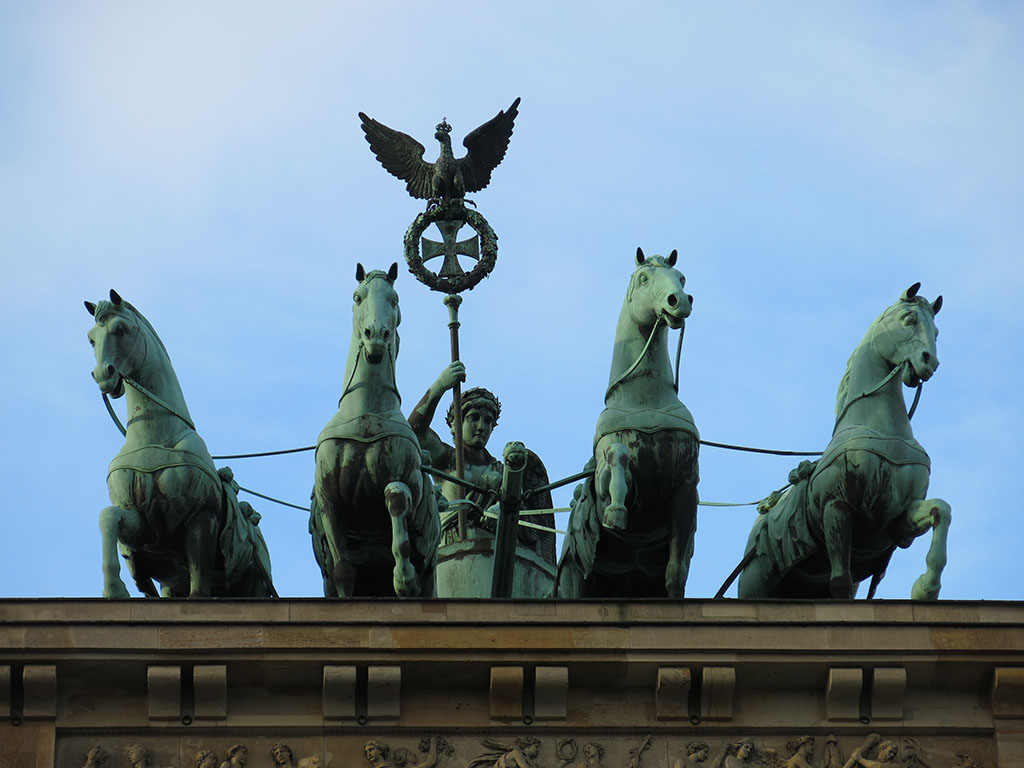 It was actually really quite quiet around the location, so we had lots of time to snap some pics. The lack of people in some ways made it feel less like the important landmark that it is, but it was still a buzz to finally see it. Given its location we knew we would be seeing it a bit more in our time here in Berlin.

From there we headed into Potsdamer Platz (the location of the cinema) a bit early to wander and check out the area. Another Christmas market was conveniently located there, so we had a wander about, however it was obviously way too early, as there were few people around, not much food, and mostly just a bunch of stall holders selling not-that-interesting Christmasy items.

In the area as well we started to get our first tastes of Berlin history. Small bits of the wall were about, as were some details about the area and its history. 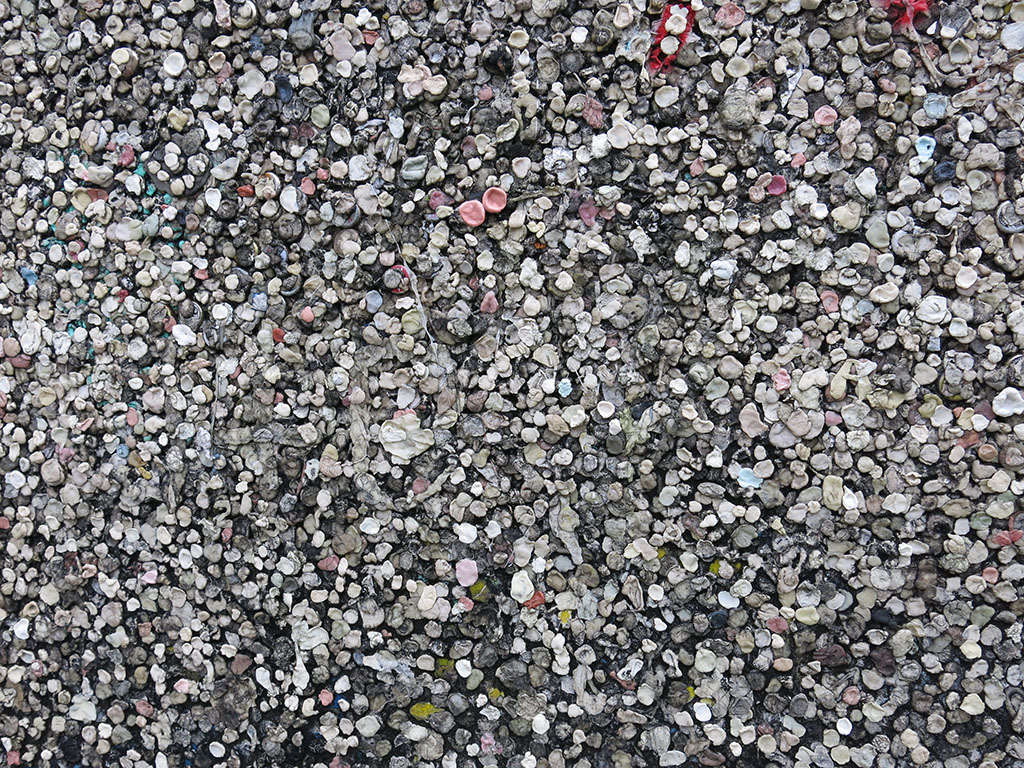 One piece was covered in old chewing gum, capturing the disdain the local people had for the wall and what it represented. I didn’t really have to resist too much the urge for a wacky photo with that. 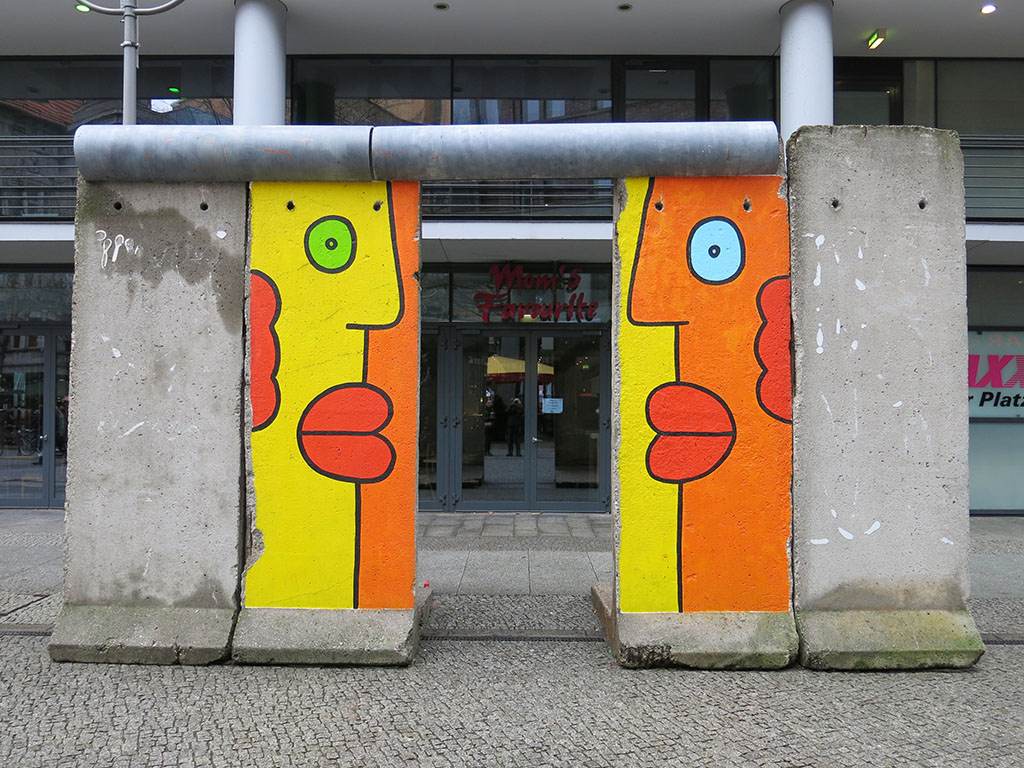 There was also a piece with the now iconic heads of Thierry Noir painted on them too. We knew we would see lots more of these in our travels around Berlin, but was a kick to start gazing on the wall and its art works. 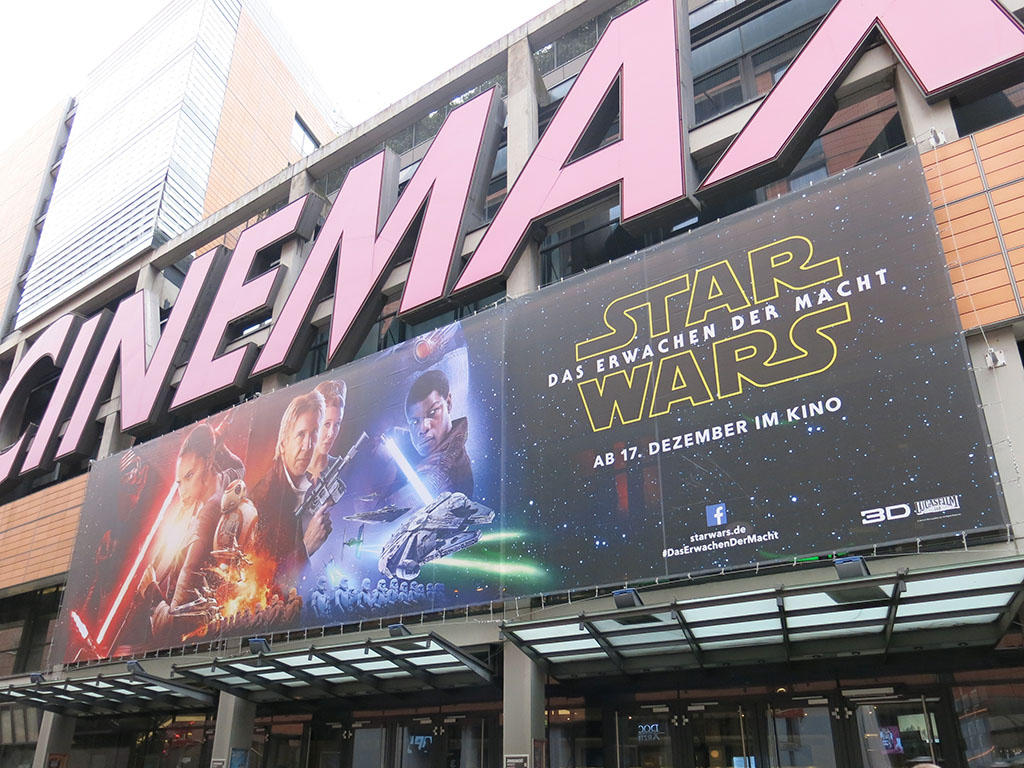 Enough mucking around though. It was time!!! 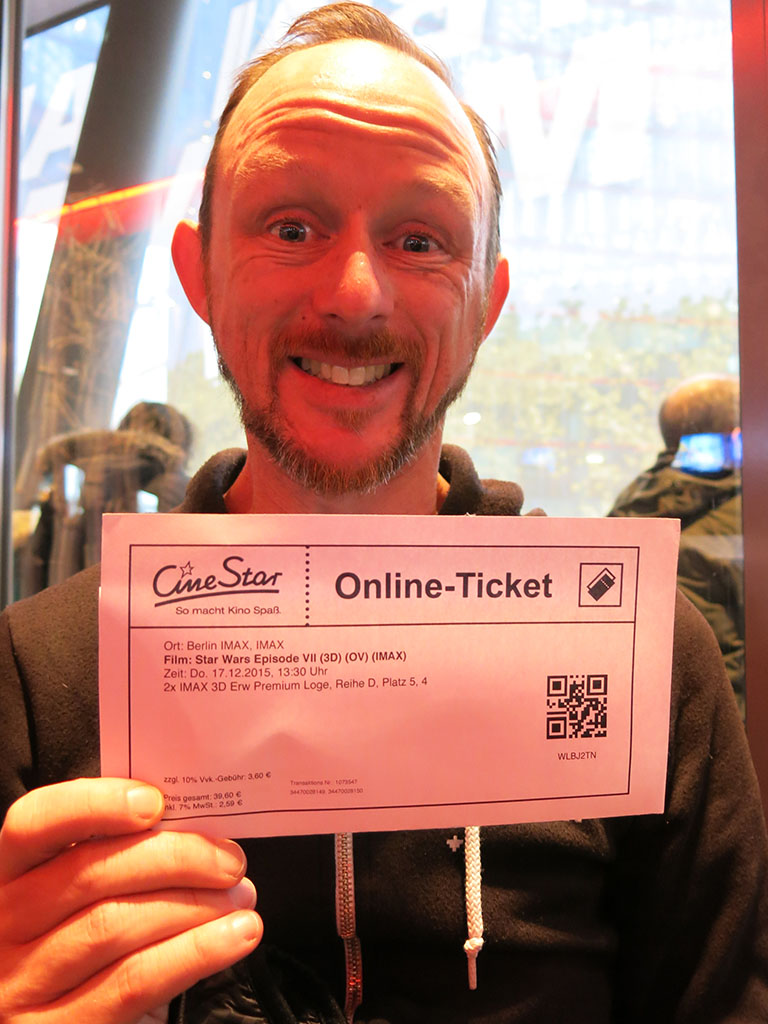 Into Berlin IMAX we went. It was comforting to be surrounded by fellow Star Wars fans… the many t-shirts, hoodies and beanies giving it away. We grabbed our glasses and in we went.

The lights went down… the familiar Lucasfilms logo appeared… and then… the music! It was happening!

I’m not going to say anymore about the movie. I really don’t want to spoil the experience for anyone who is going. But the one question you probably all want to know is what did I think? I LOVED it. Kate needed to think more about it, but I was sold.

Buzzed, we wandered out of the cinema into the 4pm darkness. It was still early, so we decided to visit one of the key museums in Berlin, the Gemäldegalerie. This houses classic art works from 13th-18th century European masters. That was appealing, but what was the main reason for our visit was the current temporary exhibition, one on my favourite renaissance artist, Botticelli.

I had really only probably seen a dozen Bottecelli’s in my time. Those in the Louvre, the National Gallery in London, and the Uffizi in Florence being the main ones. This exhibition, while housing many contemporary works that riffed on Botticelli, also collected over 50 works by the master.

On entering… BOOM! We were greeted by an amazing gorgeous Venus standing there in all her glory. It really was jaw dropping. The renaissance masters are not my favourite artists, but for whatever reason I adore Botticelli. And this just reinforced this.

Sadly, we could not take photos in the exhibition, but you can see all about it here. That was OK… it just meant we needed to spend a little more time to soak it all up.  The early part of the exhibition also had many contemporary works that played on the popular notions of Botticelli and it was kind of interesting. To see Warhol amongst others placed aside the master put an interesting spin on things. 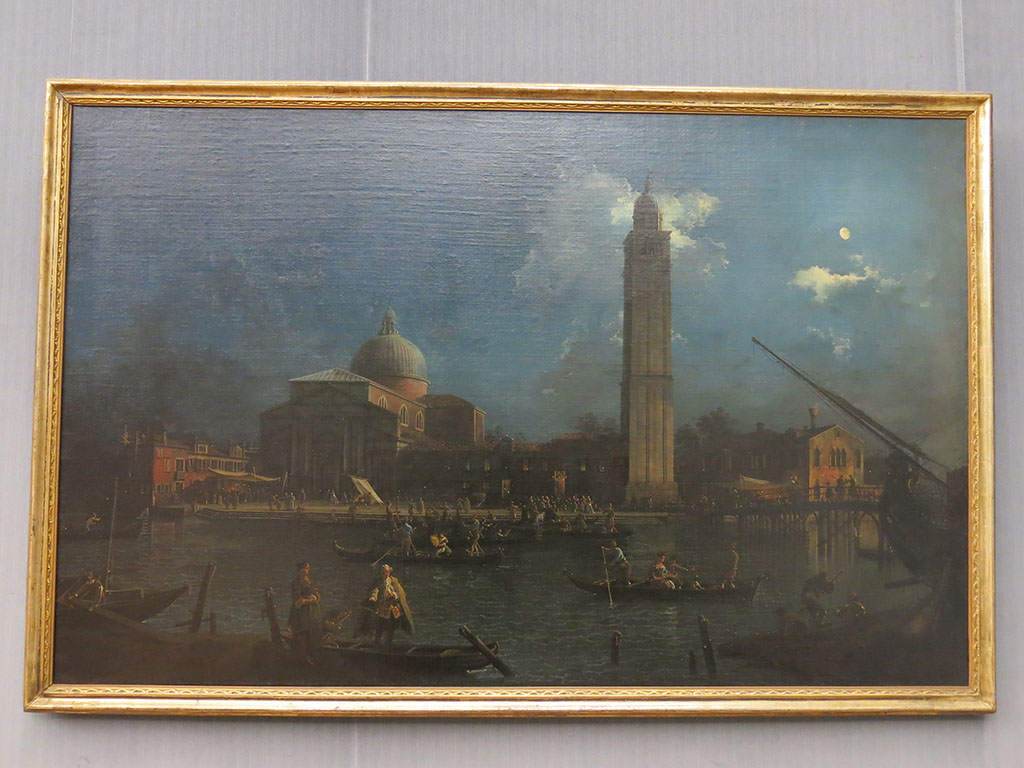 We finished off our visit to the museum with a whizz through the main collection. Having just spent much time in museums in Paris, we didn’t feel the need to stay too long, but we did get to visit some of Kate’s favourites such as Vermeer and Canaletto. But we were fast reaching a point where it was just all washing over us.

Conveniently we needed to return back to Potsdamer Platz to get to the metro station, so I took the opportunity to grab another bratwurst and a crepe for our trip back to the hotel.