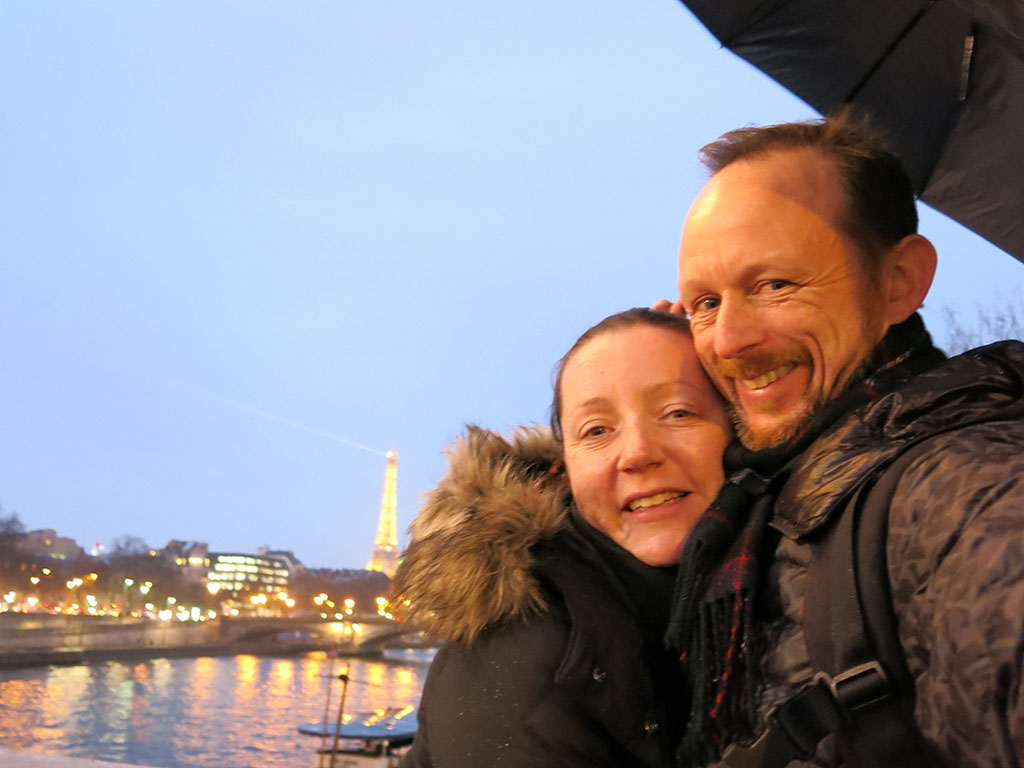 Sadly this was our last day in Paris. We had filled a week and could easily fill another, but it was time to move on.

For our last day we filled in the last few things we wanted to visit. First up was a trip to another museum, this time the privately owned Musée Jacquemart-André. This was a private house and collection put together by Édouard André and his wife Nélie Jacquemart in the 1800’s. Kate likened it to the Frick in New York (one she loves but I’m not familiar with) so was happy to visit.

We were starving though so it was time for an early lunch in the attached tea rooms. Goats cheese and tomato quiche… delicious! 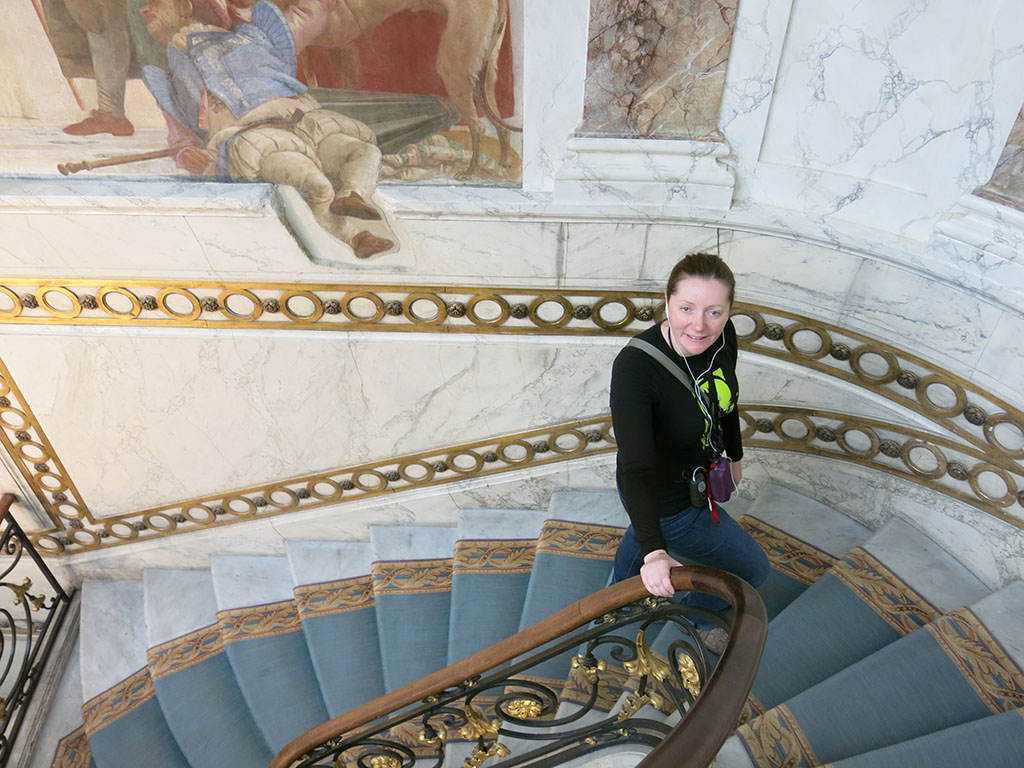 It was then into the museum proper and it was quite nice to wander through a museum of a different nature. It was quite modest in size, but fascinating to be in (what was) a personal home and see how they would have lived back then and casually surrounded by artistic masterworks. To be in a house with such elaborate staircases and Bottecelli’s hanging casually! 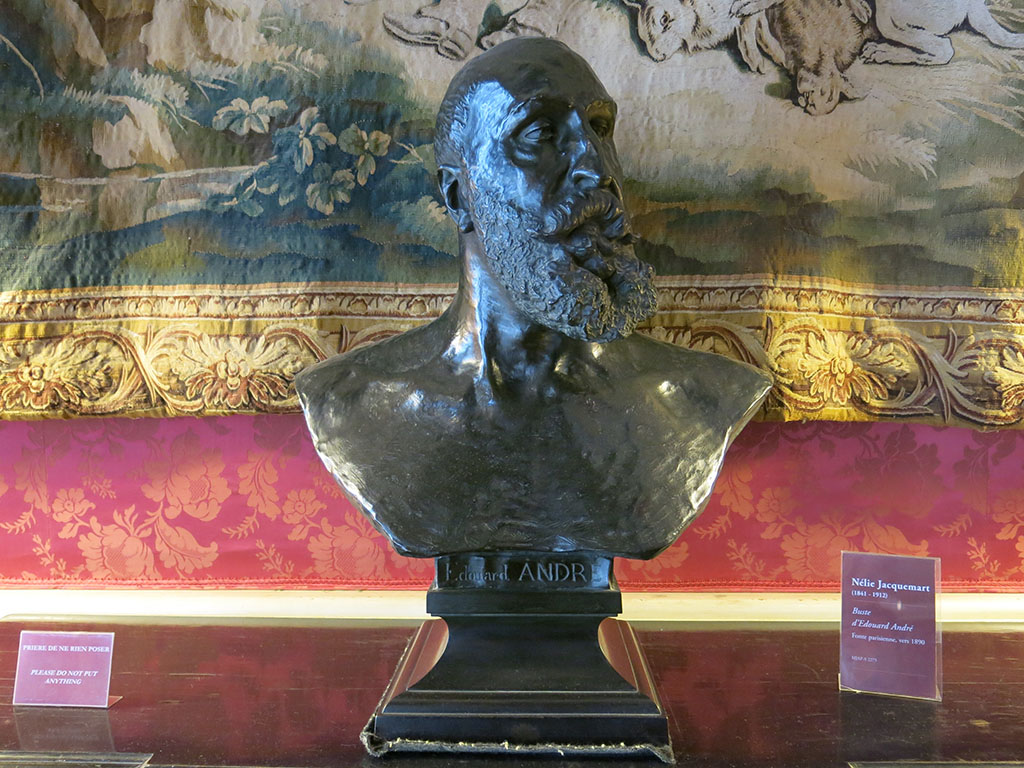 the man himself, by the woman herself

Nelie was quite the artist herself and it was interesting to see some of her works casually hanging with the rest of the collection, including this bust of her husband. She must have been a supreme talent, both artistically and as an art collector and historian. 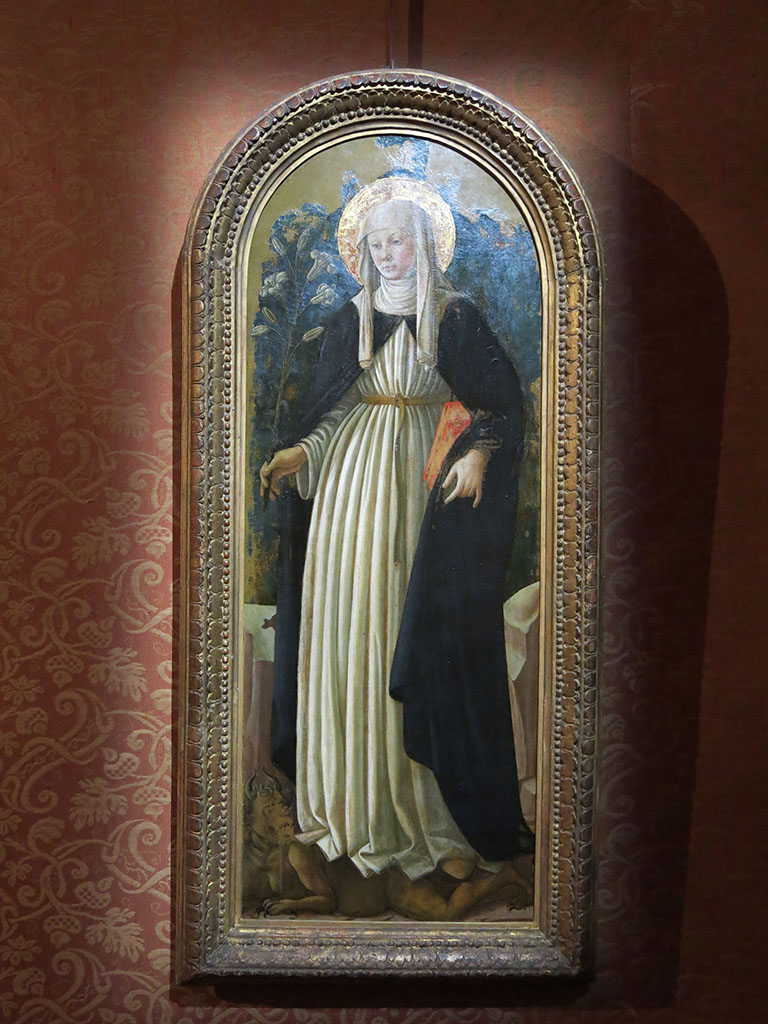 We spent an hour or so just wandering about. While not massive it was well worth the visit.

Next it was a wander back to Opera after our previous shopping trip. This time it was to pop inside and check out the opulence within. 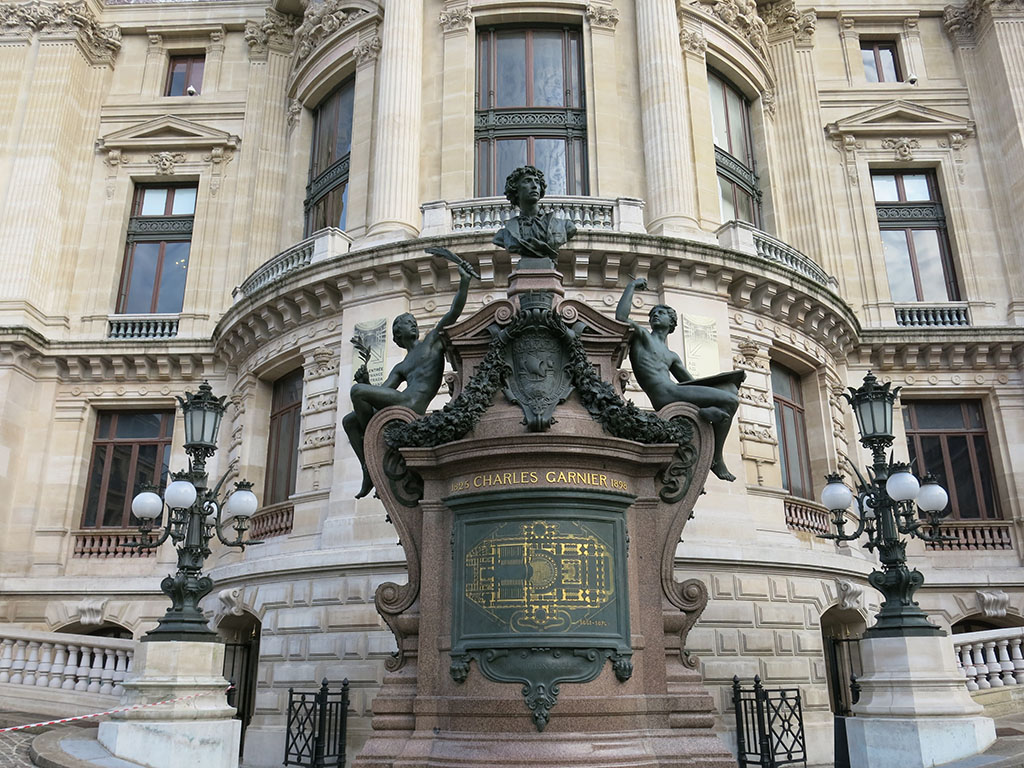 back to the opera

Designed and built by Charles Garnier in the late 1800’s, the Palais Garnier is one of the primary opera houses in the city, and certainly the one people flock to to see 1800’s extravagance. 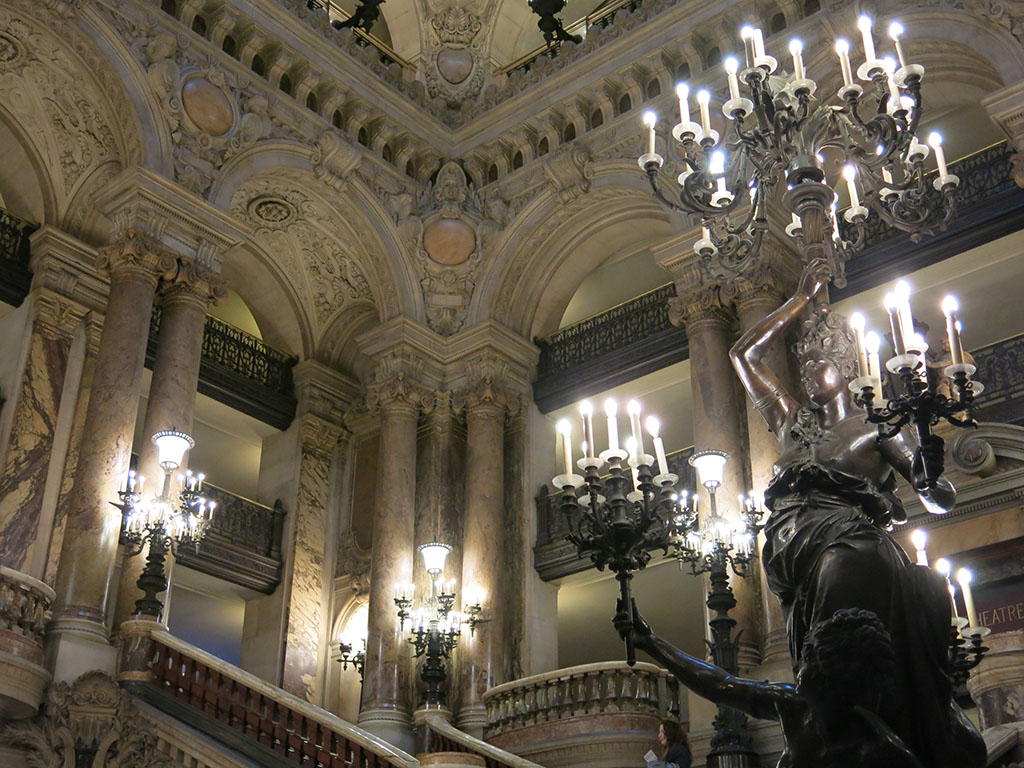 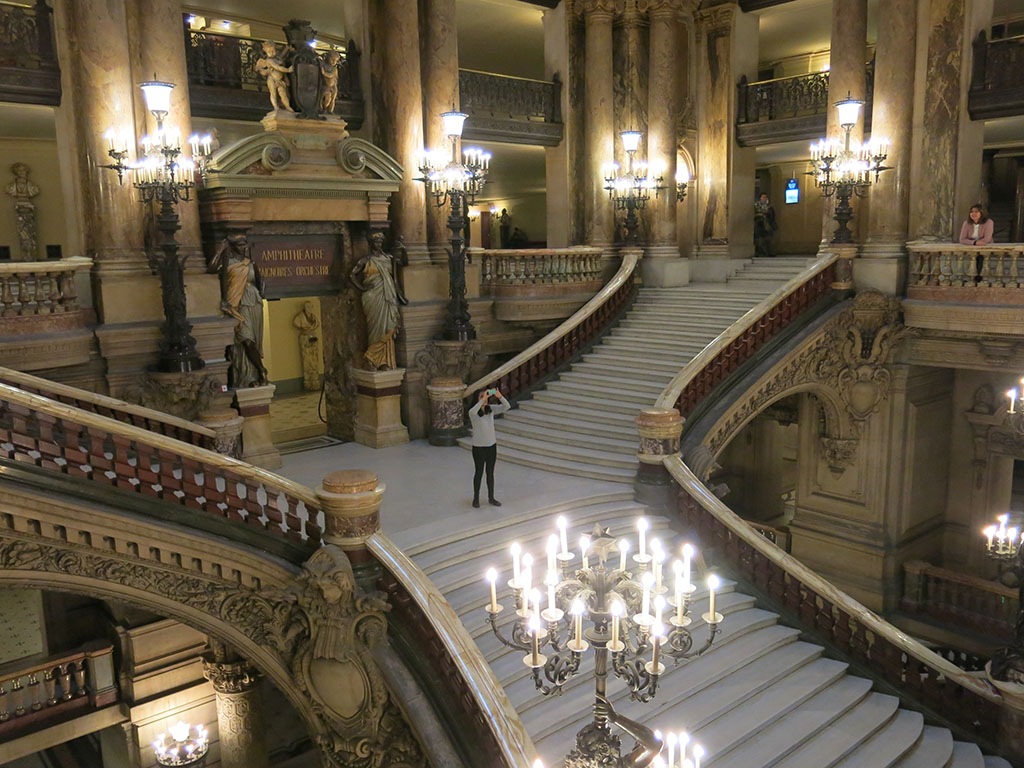 The self guided tour led us through the main parts of the opera house. 7 types of marble? Check. Elaborate staircases? Check. Gold leaf? Check. They certainly spared no expense! 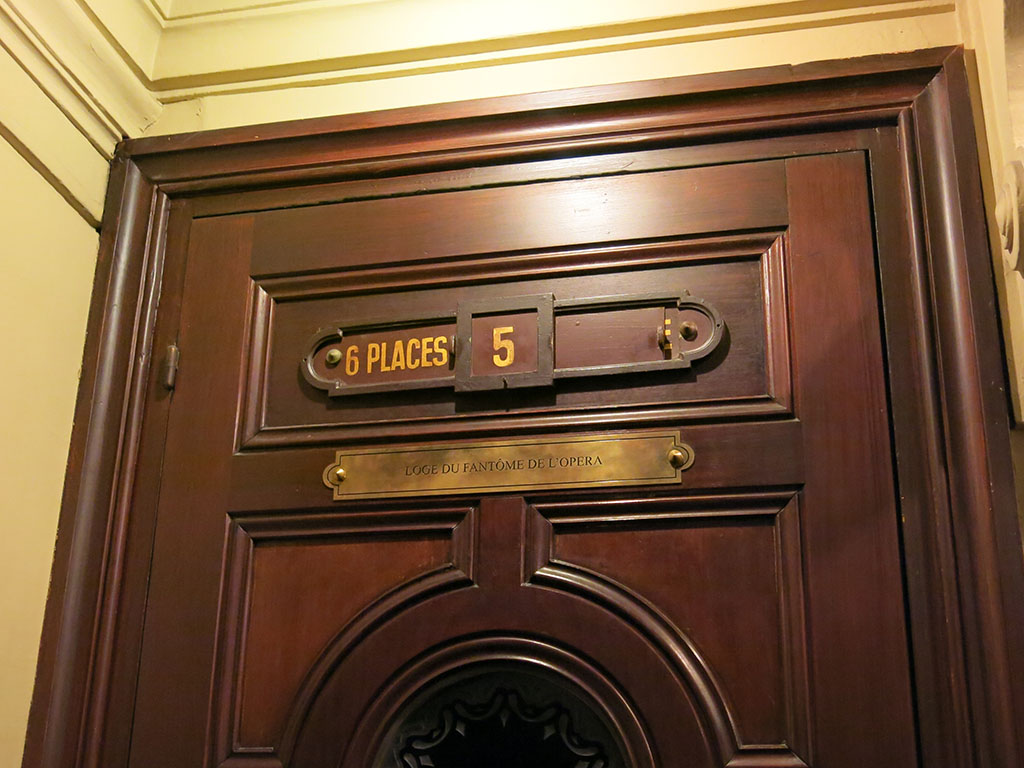 In our wandering we came across booth #5, better known as home to the Phantom of the Opera. The door was locked so alas was not sure if he was still haunting the theatre.

Inside the main theatre, there was much going on. It would go dark, then lighten up, then the stage would glow different colours. Seemed production tests were happening, so we picked our times to get a glimpse of the inside of the theatre. It was certainly in tune with the splendour of the outside rooms. 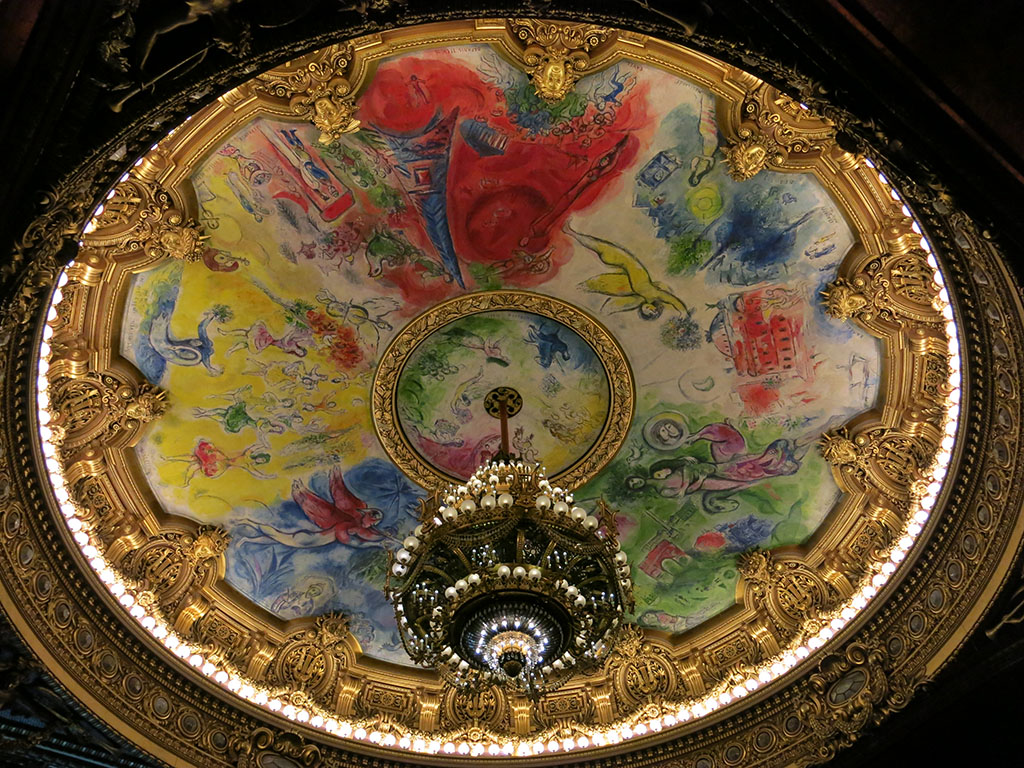 On the roof was a mural by Marc Chagall. I found this intriguing that an 19th century theatre would have a roof by Chagall, but the audio guide explained. The original roof was painted on a removeable frame in the 1960’s to cover the original. Fascinating! I wonder if they will feel compelled to reveal the original again or get a contemporary artist in another few decades? 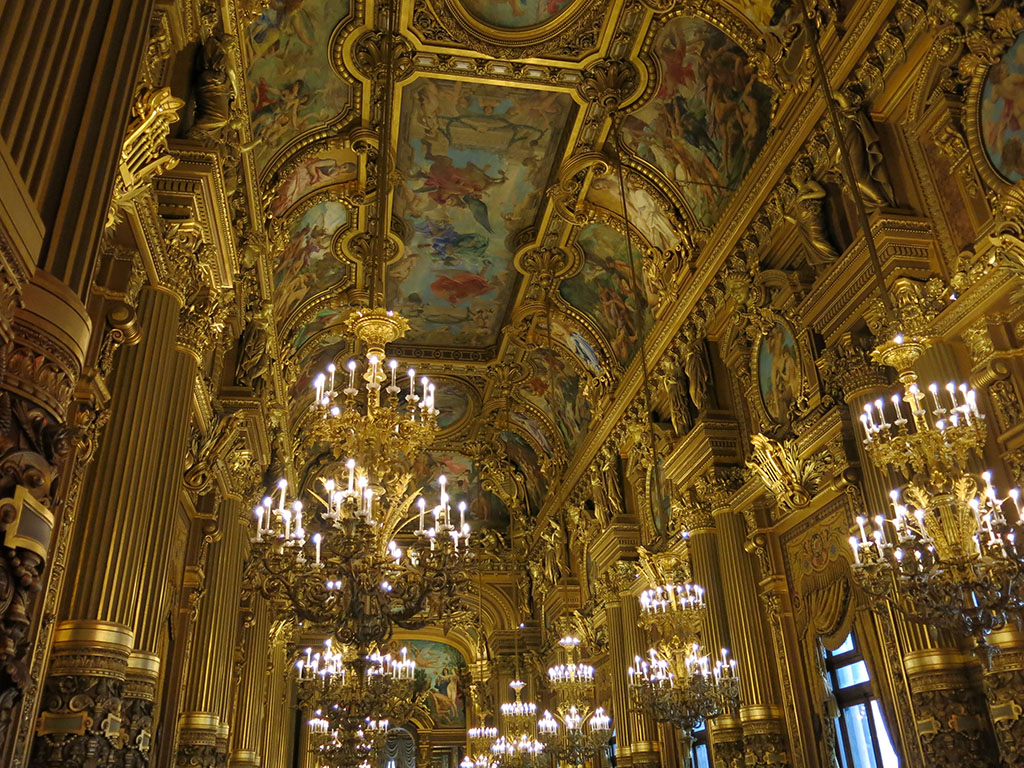 the gold was blinding

We made our way back through the other rooms, being blinded by the constant gold and made our way out into the Parisian afternoon. 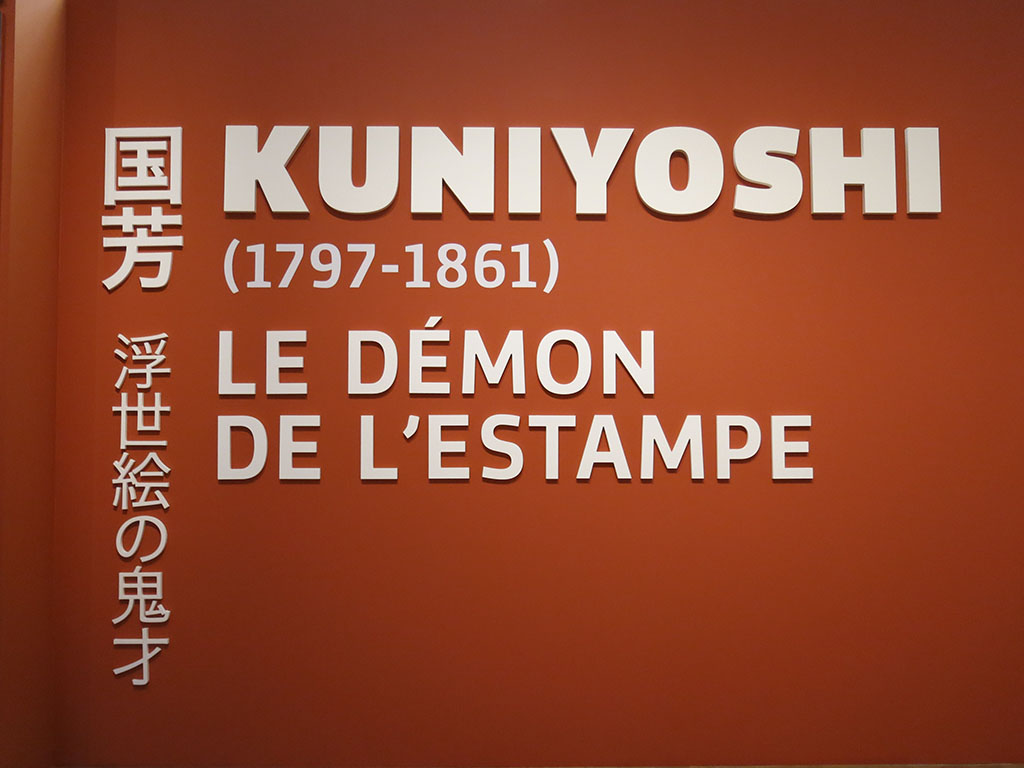 We were pretty much done with our must dos, but I added a late visit to our schedule. At the Petit Palace was a temporary exhibition that seemed intriguing. Called Fantastique it combined two separate but thematically related exhibitions. The first was my most intriguing, a collection of over 200 woodcut prints from 1800’s Japan, particularly those by artist Kuniyoshi. 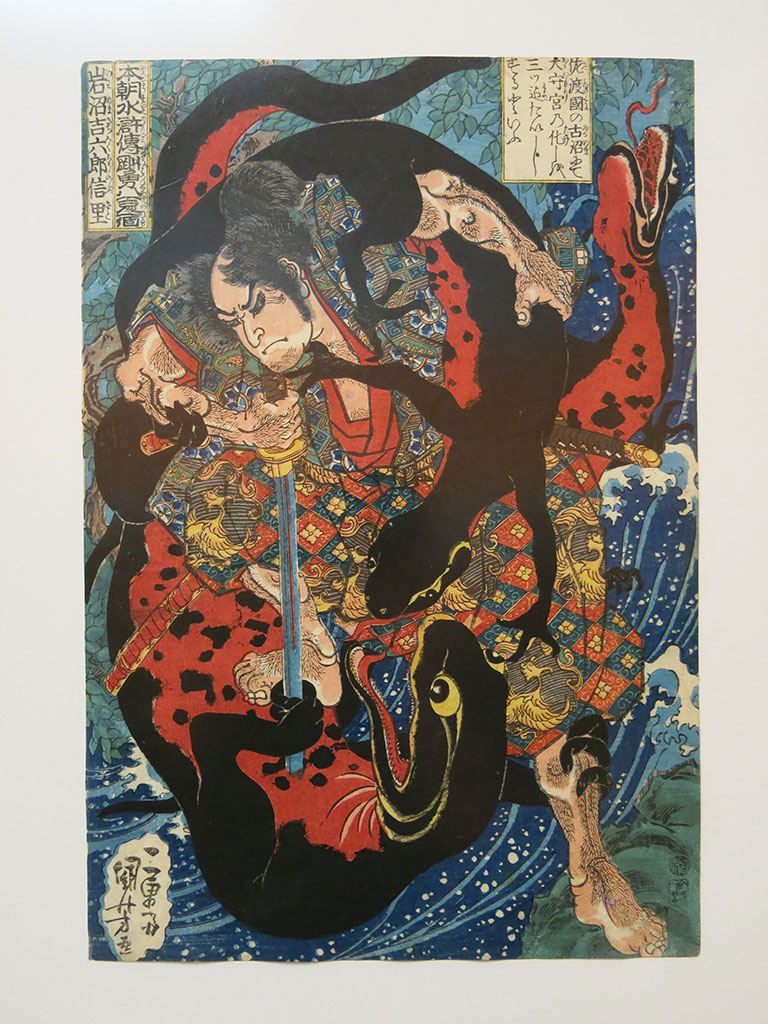 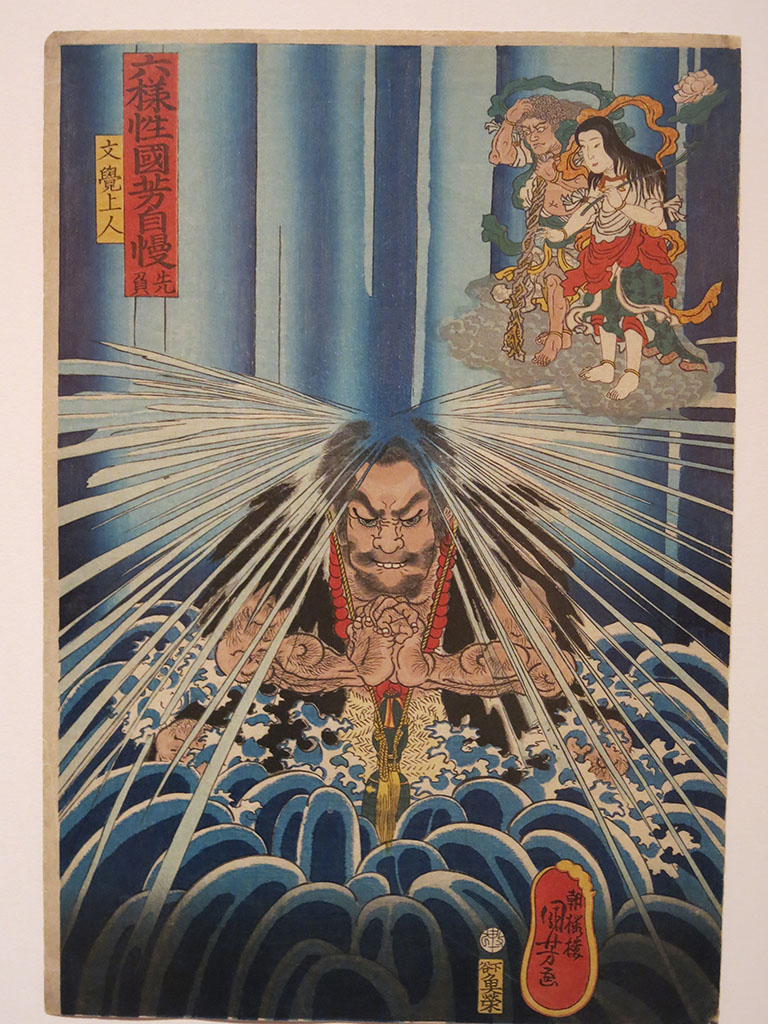 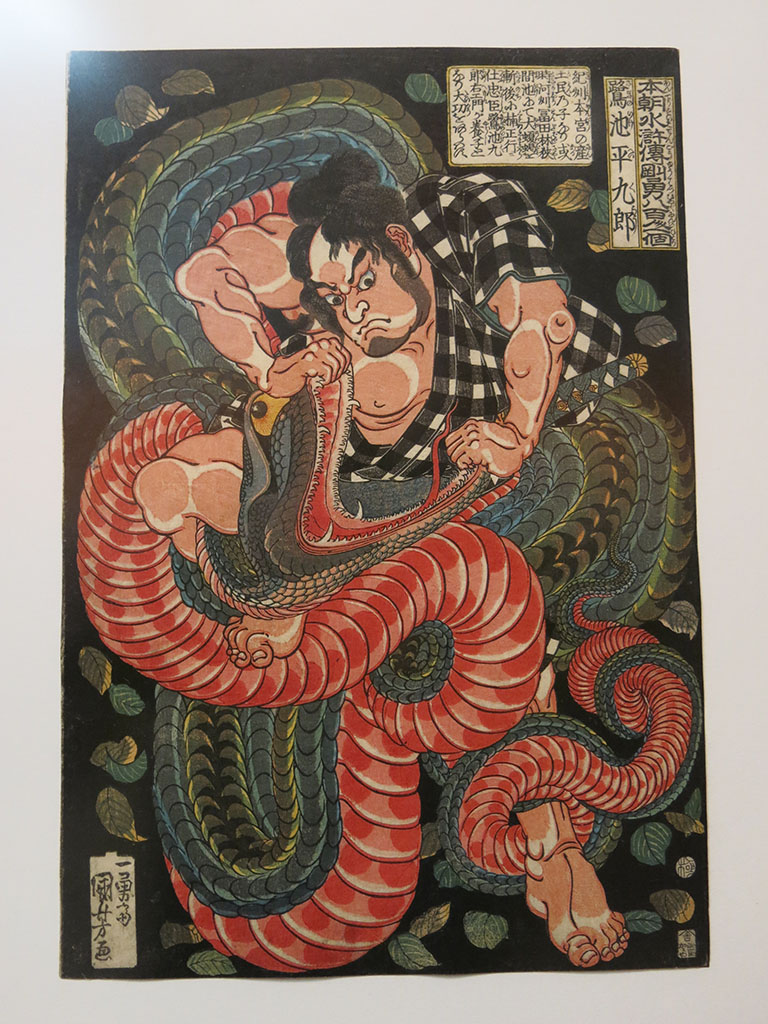 This was incredible. The vibrant woodcuts were full of such iconic Japanese imagery. Every Japanese tattoo was undoubtedly influenced by the works on the wall and to see so many in the one location was amazing. I had only seen some here and there in other museums at home and overseas. 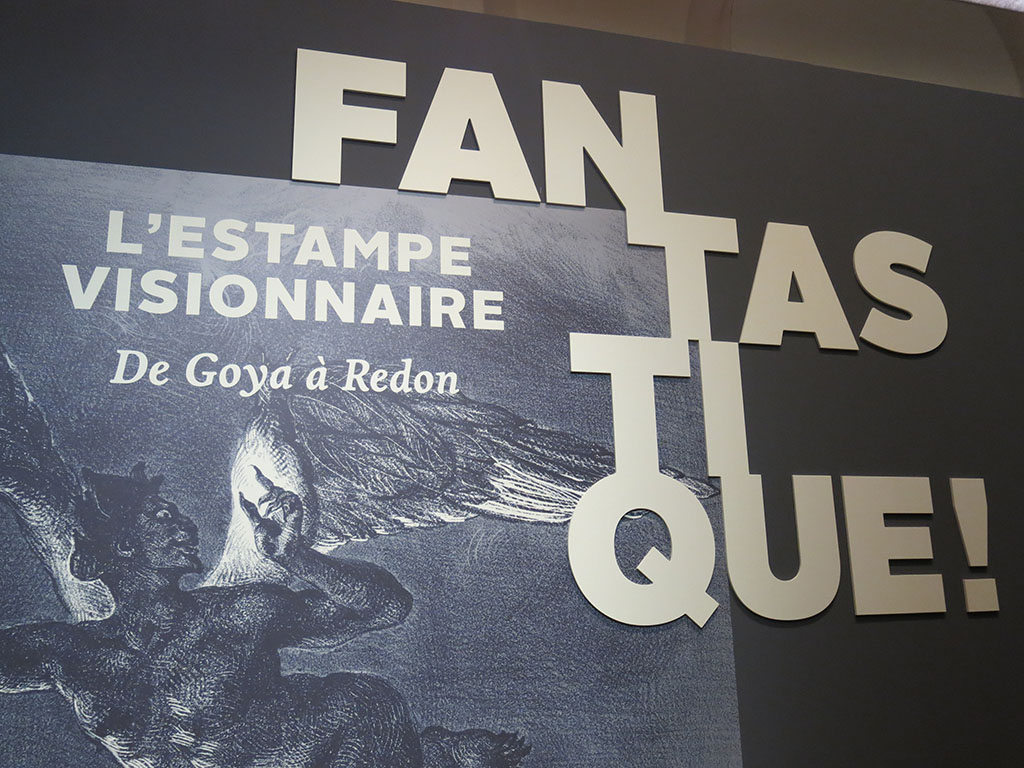 The second half was another set of prints, but this time eerie black and white prints by such masters as Goya and Durer. These were a different type of fantastique… all about the creepy and gothic rather than the Japanese take on things. 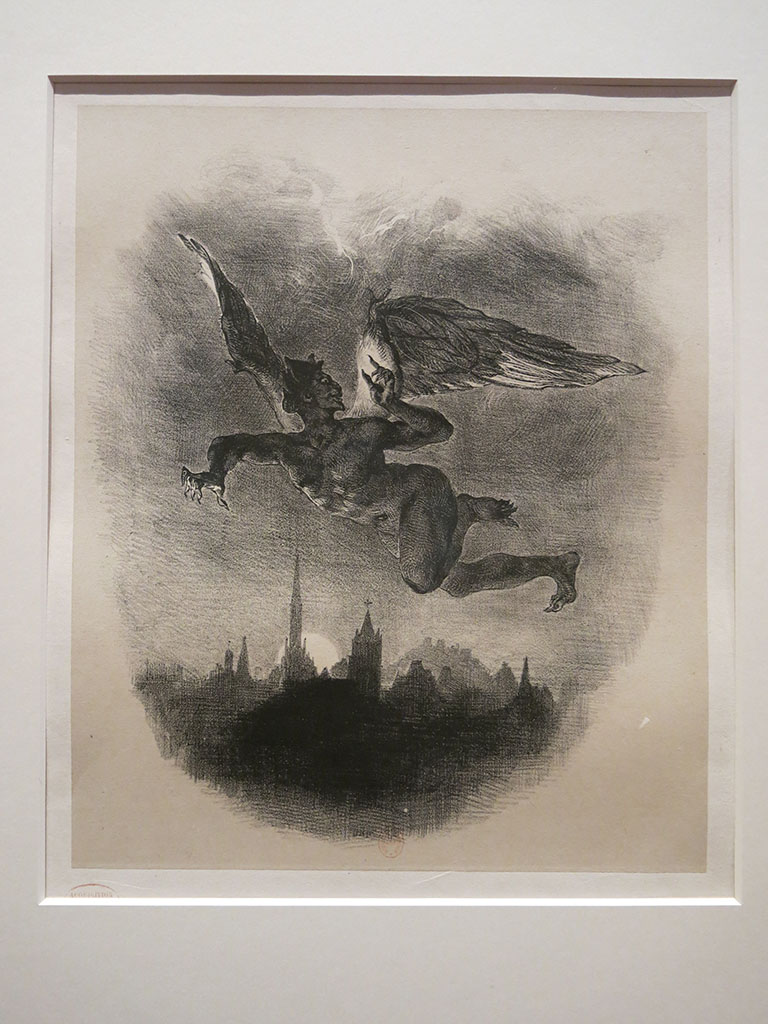 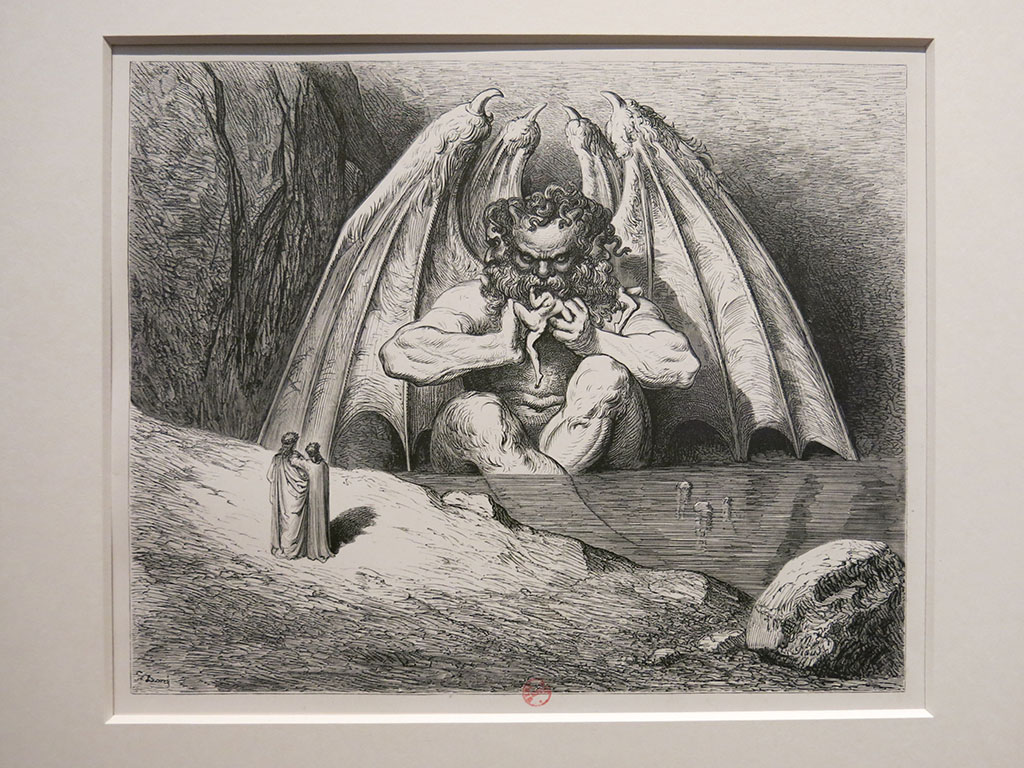 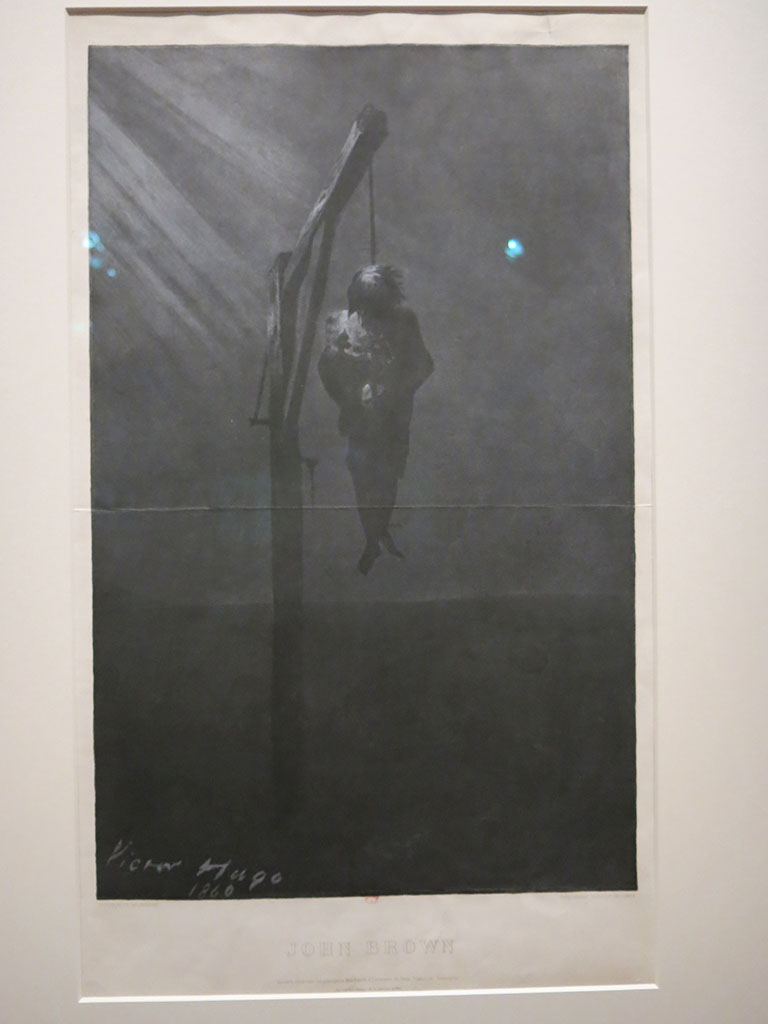 This was quite cool too… the detail in some of the prints was amazing. And who knew Victor Hugo was also a print artist? Not me!

There was almost too much work in the collection to take it all in. Plus we were at the end of our day (and week) and reaching our plimsoll line with regard to museum visits. So with that we called it and hit the streets… 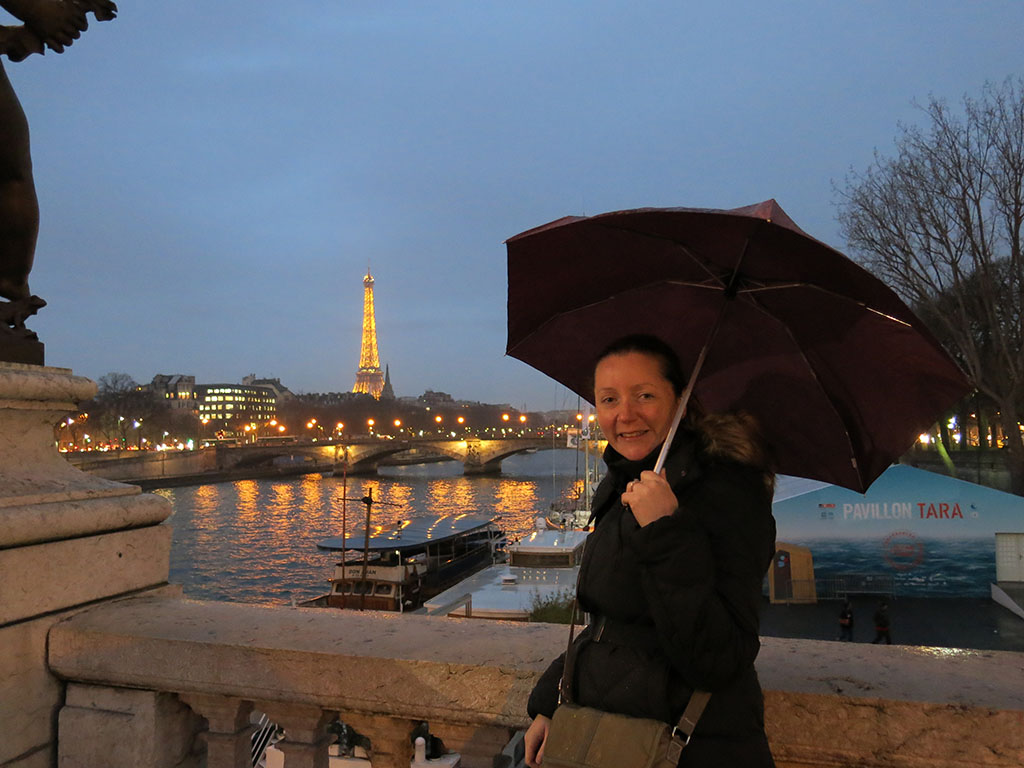 … and into the driving rain! We were greeted with rain on our first day, but after that had cloud, but no rain. But Paris decided to leave us with a parting rainy gift. We had been so lucky with the weather that we didn’t mind. We decided to try and get a last Parisian selfie before heading to the train station and back to our hotel. 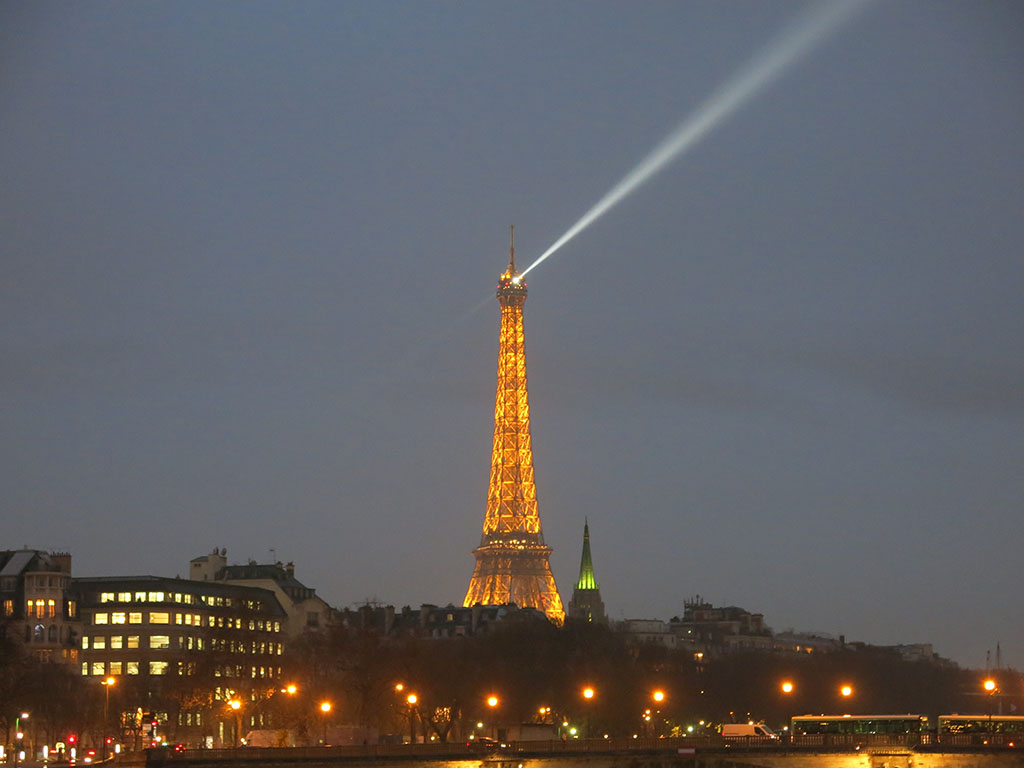 So with that, Paris was done. We both loved Paris before and both still love it. The city seemed to be doing well given recent events. I can’t say I had really been through so many security checks (even wandering into supermarkets), but we got used to it by the end. Everyone was lovely, the food was delicious, and Paris was as beautiful as ever. No doubt we will see you again in the not too distant future Paris.