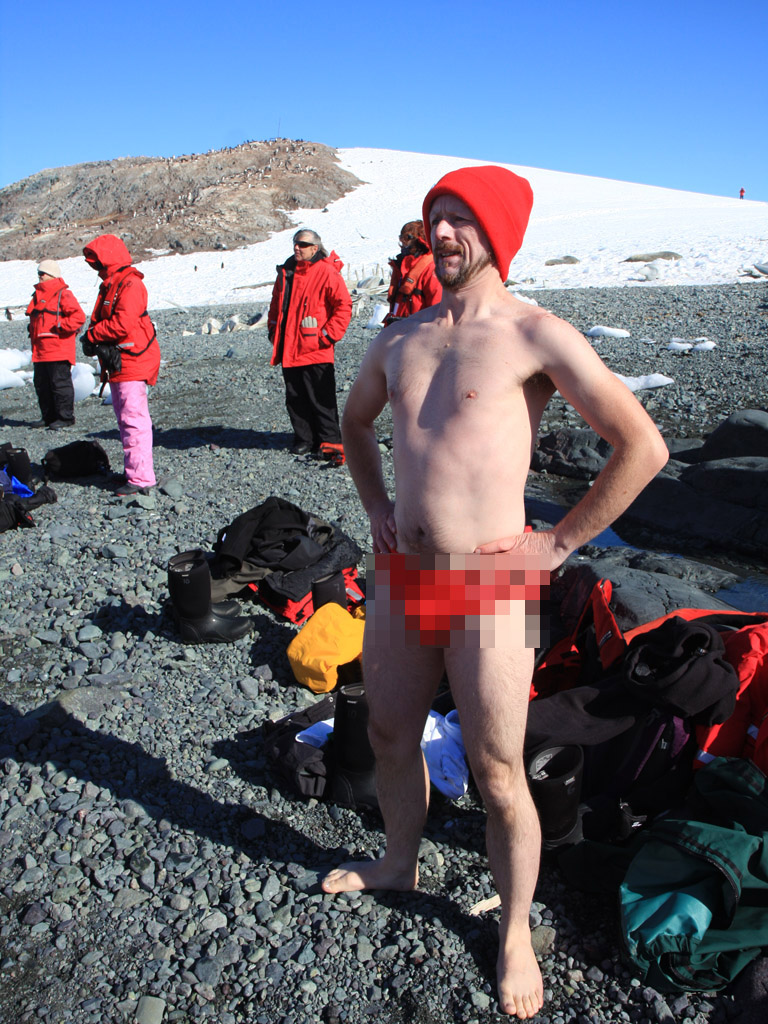 pixelated for your benefit

This morning was a somewhat relaxed start, as we got our way out of bed at about 7:30am, just for the start of breakfast. But like all mornings, the bacon, toast and coffee had only just been consumed when we kayakers were called to the library for our morning meeting.

It seemed today was a different one to the past few, where no landings were taking place today, just zodiac cruises. To get the whole boatload out, it was being done in two lots and would consume about 4 hours. That meant as kayakers we had almost 4 hours to explore. 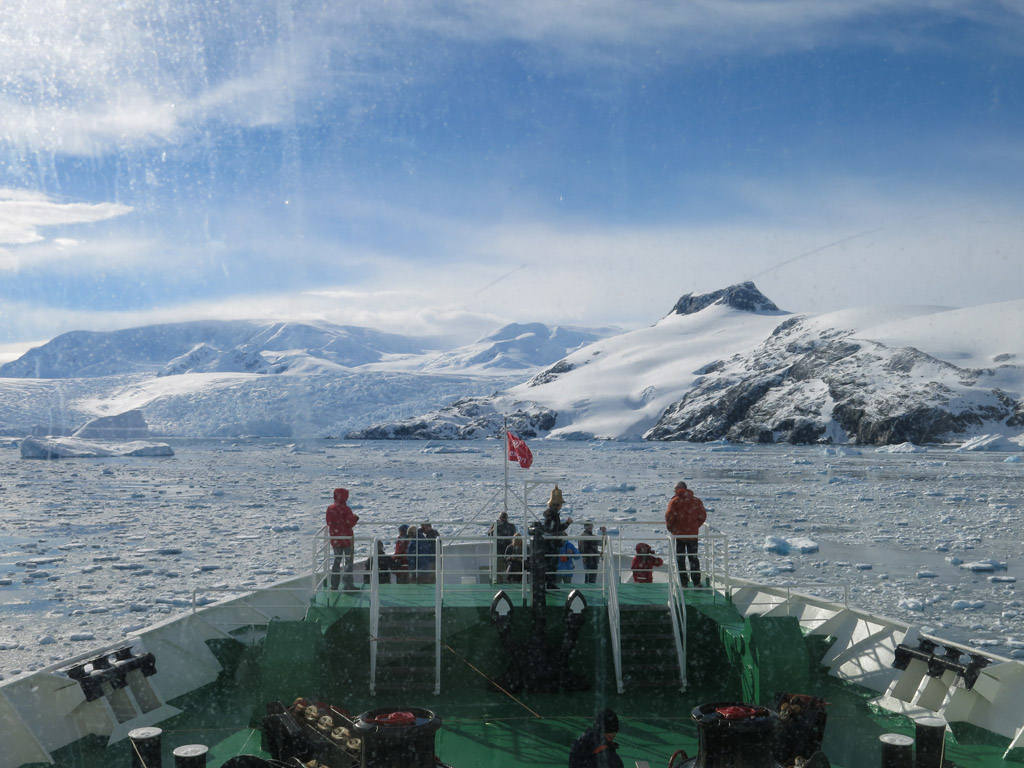 the view from the dining room

We were parked in Cierva Cove, an area that was stunning, if a little less populated with interesting things. We would be exploring icebergs, and seeing some penguins and seals and whales if we were lucky, but it was mostly a chance to explore the cove at a leisurely pace, and get some hard work making our way through the brash ice that had settled in amongst the icebergs. Phew!

To cap it all off though, rather than a dramatic snowy day, it was all about the glorious sunshine again. It was just as stunning as our first main day. And 3 hours in that amongst the ice and penguins and seals? life is not too bad. 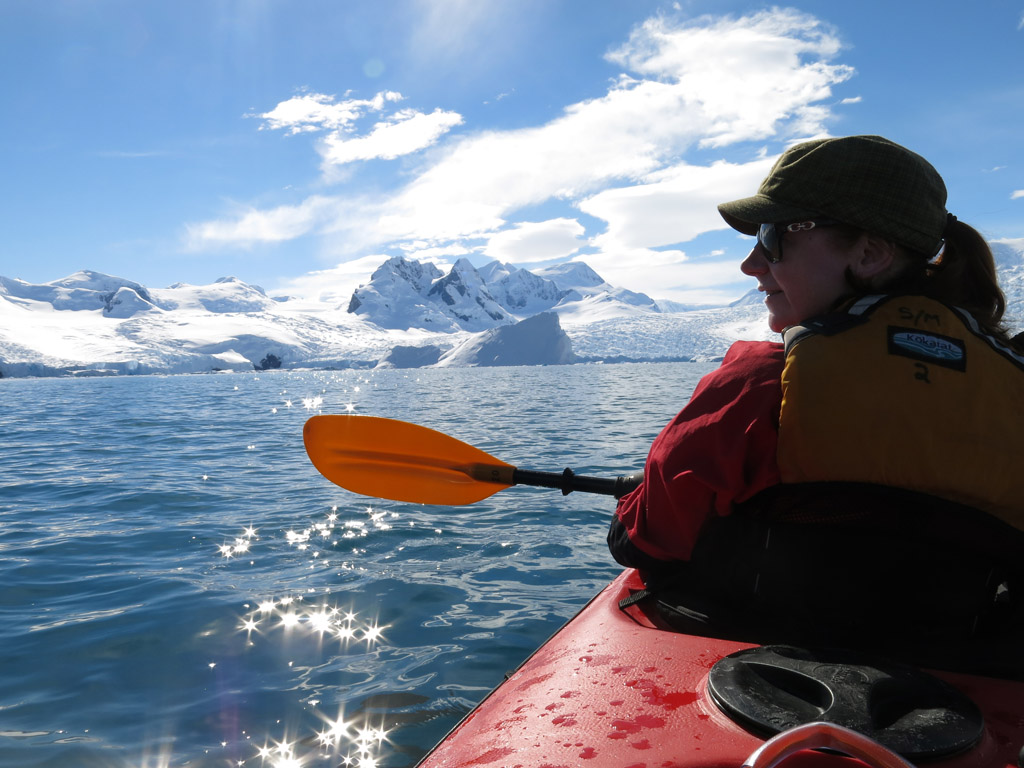 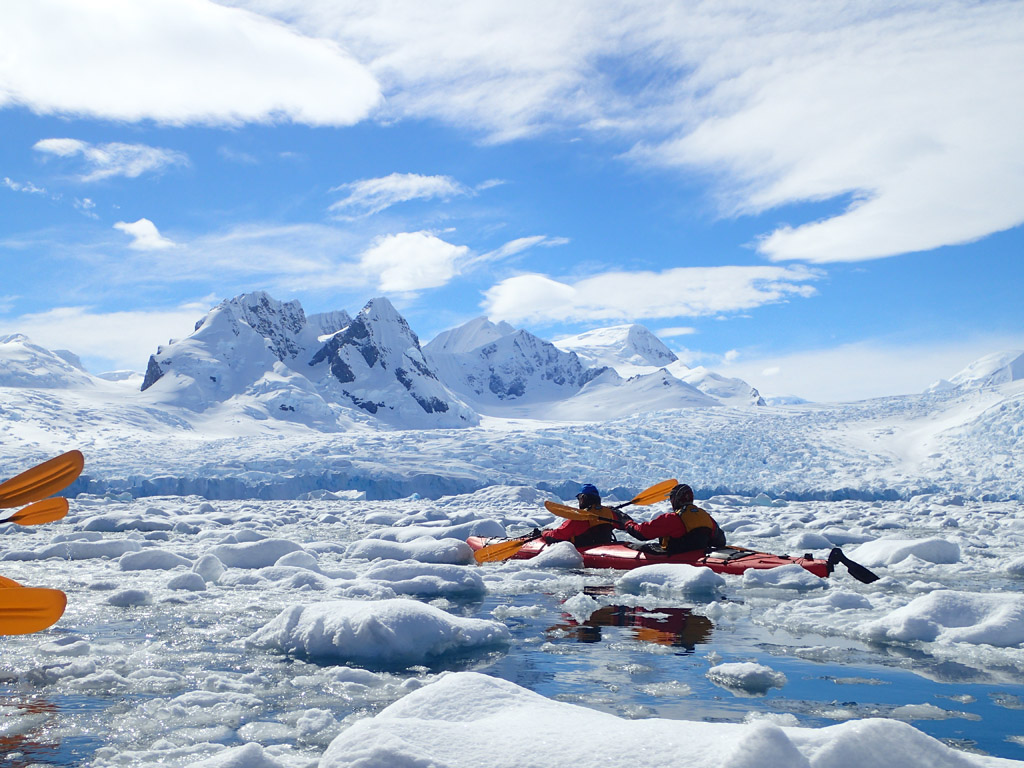 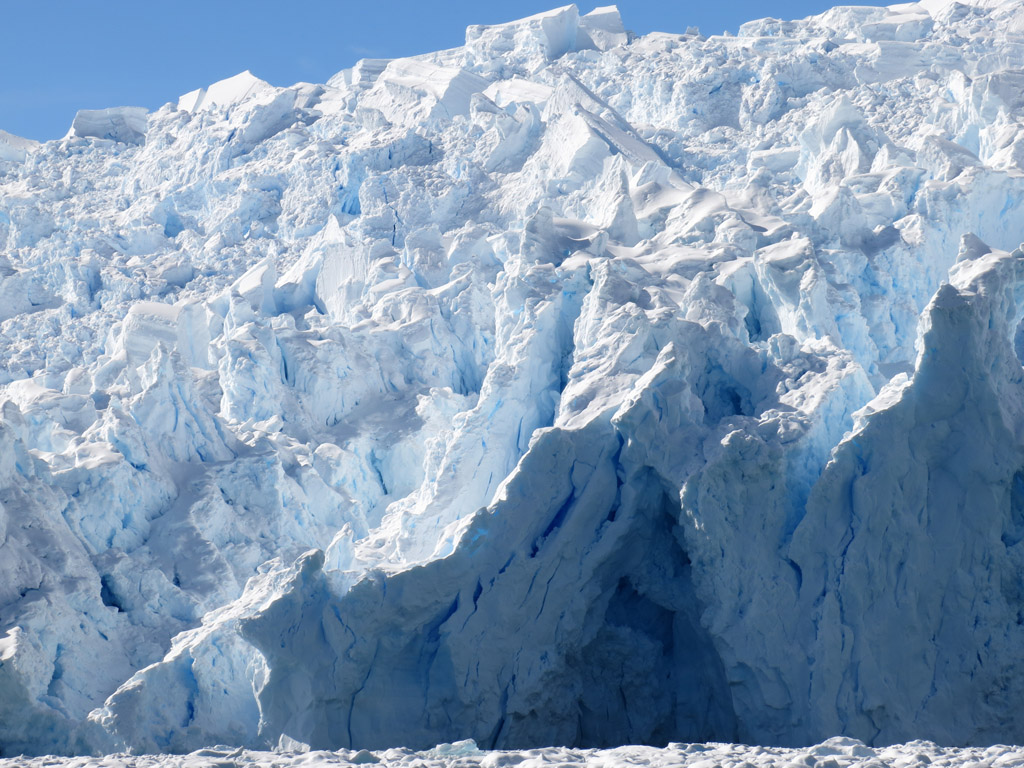 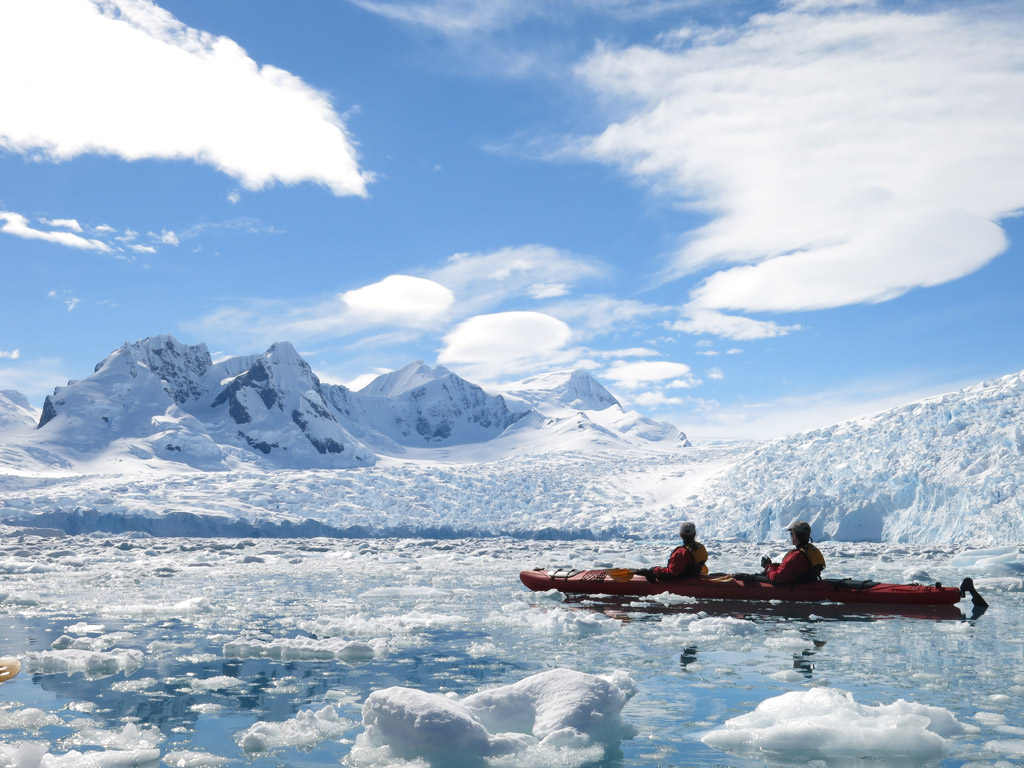 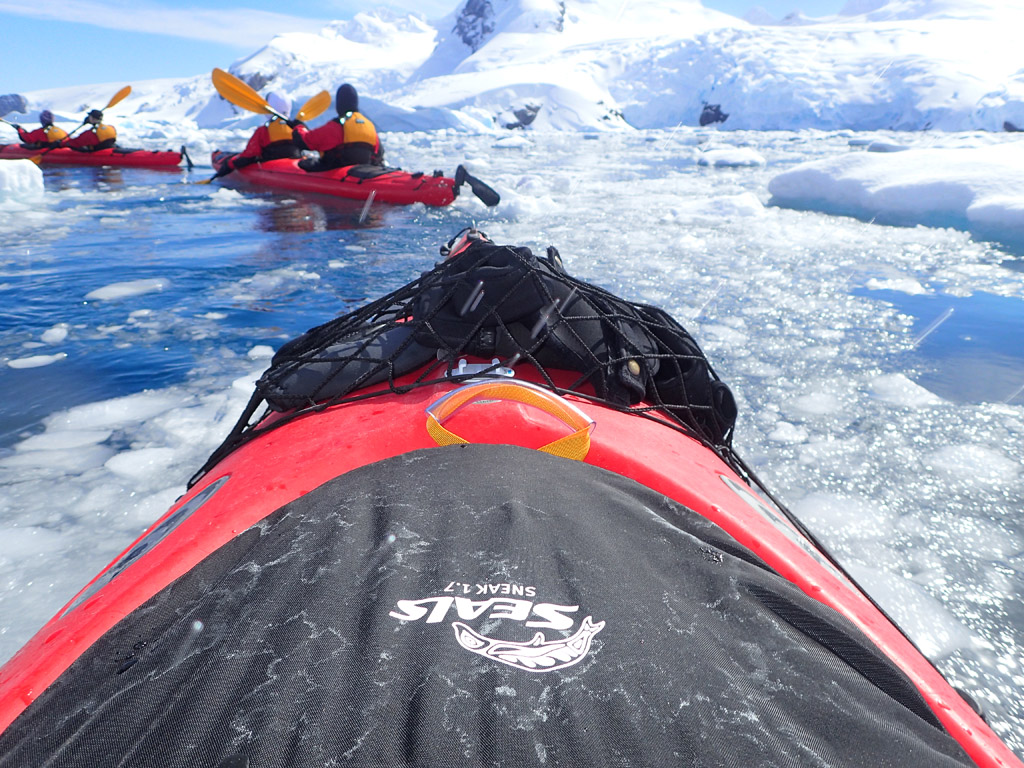 So off we went. It is hard to describe the 3 hours without doing it a diservice. In some ways it was not nearly as exciting as getting close to the penguins or being in the iceberg graveyard, but it was just simply an amazing morning of kayaking full stop. It was leisurely and calm at times, and hard work at others trying to navigate through the ice. Every now and then an iceberg would take your breath away, or a cheeky penguin would pop up next to the boat, or a seal would be lounging on an iceberg. 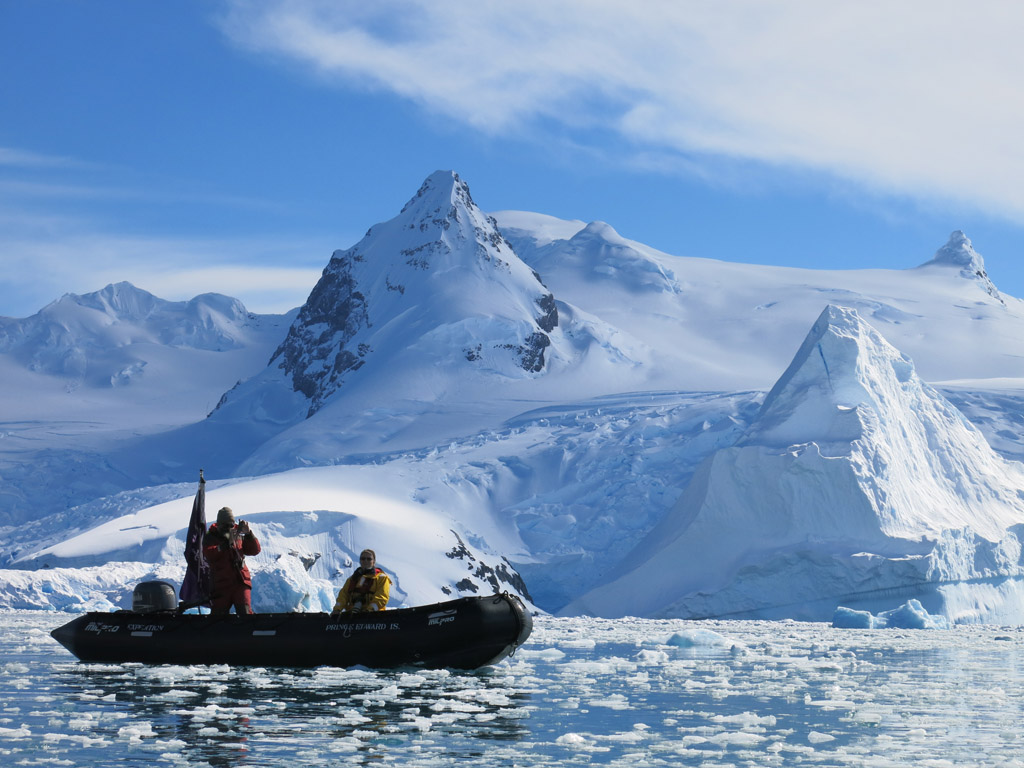 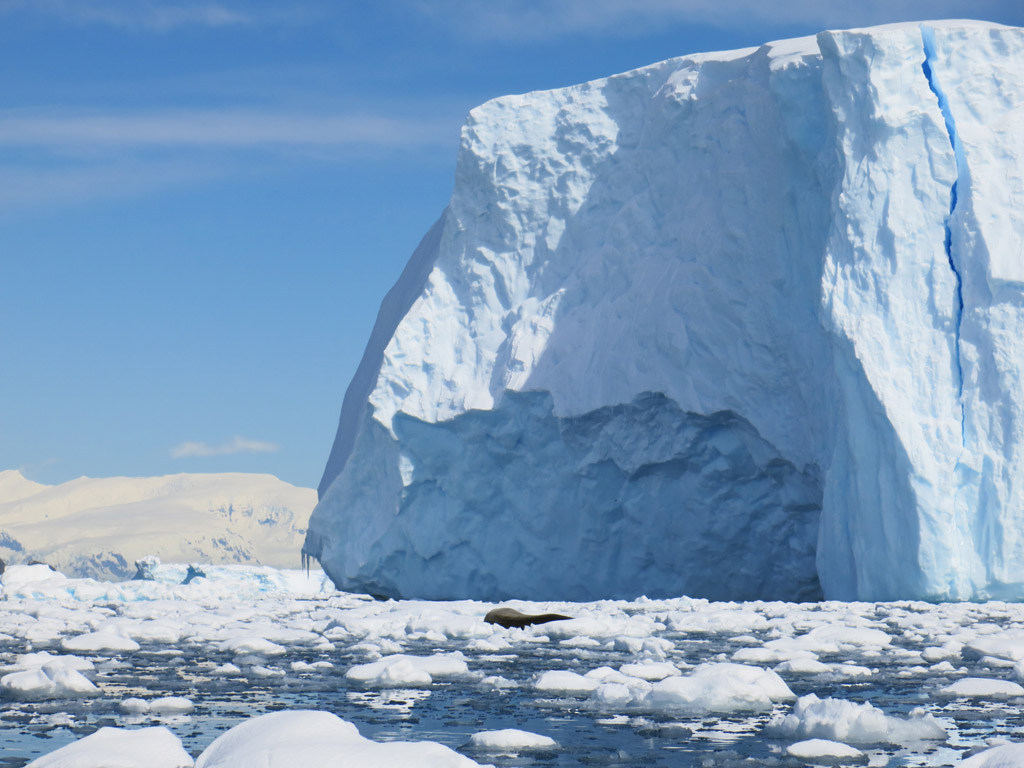 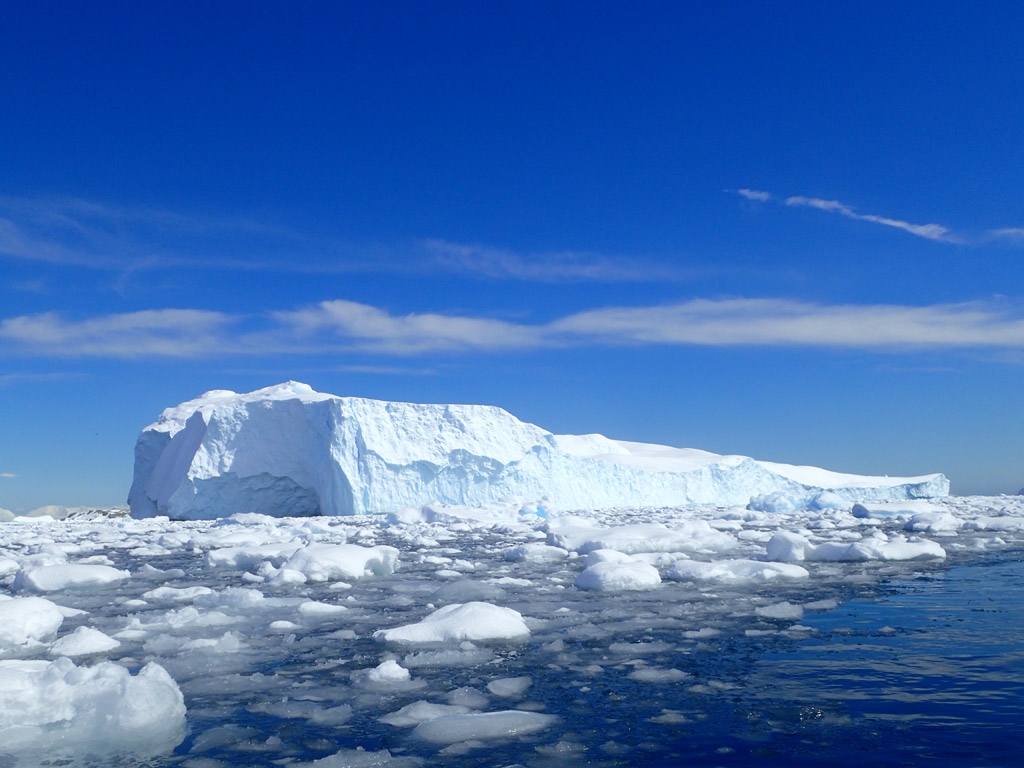 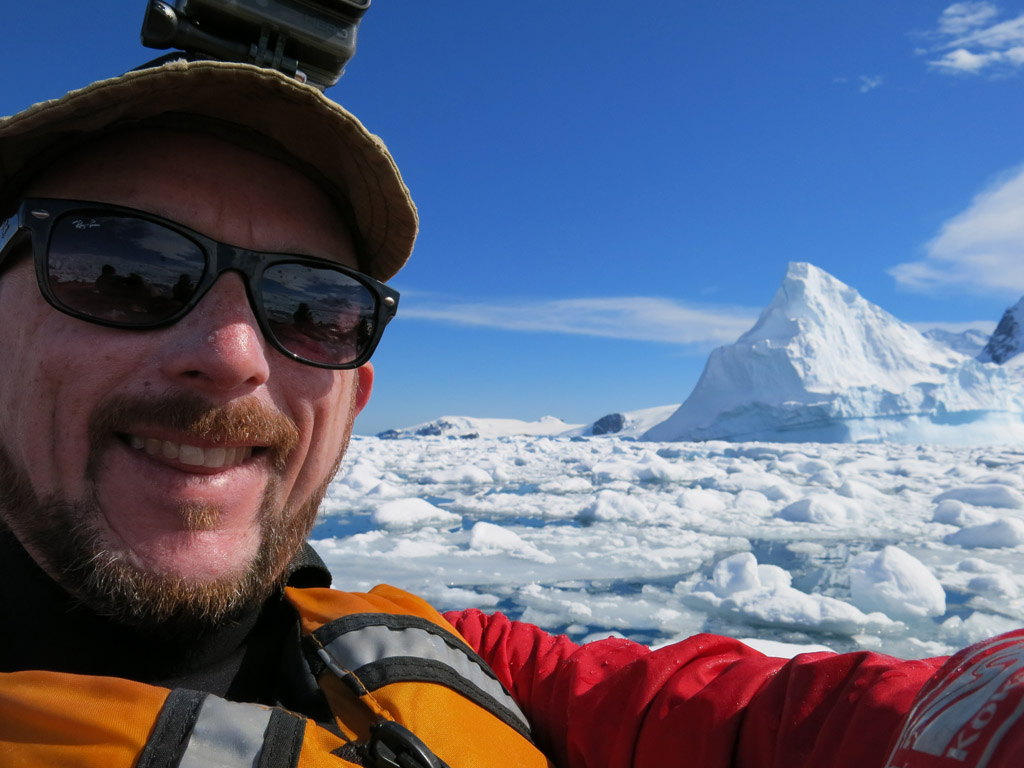 The support zodiac also had our photographer in residence on board so it was also a good opportunity to get some in action shots snapped. We also came across the odd seal soaking up the rays.

All in all it was just a great morning of being out on the water. Speaking with people at lunch it seemed the zodiacs were a mixed bag. Some did not see too much out there, while another couple got to see a Minke whale up close and personal. But that is always going to happen… wildlife plays by its own rules.

We then spent a few hours cruising toward our next stop, Mikkelsen Harbour. The weather stayed beautiful and it was a pretty smooth passage, with bright blue skies and blindingly white mountains. The conditions were still magic when we arrived, but sadly the wind had picked up and since it was over the maximum 20 knots, we were not able to go out in the kayaks. That was OK as we had an epic morning, but also as there was an experience planned for the arvo that we could not miss. 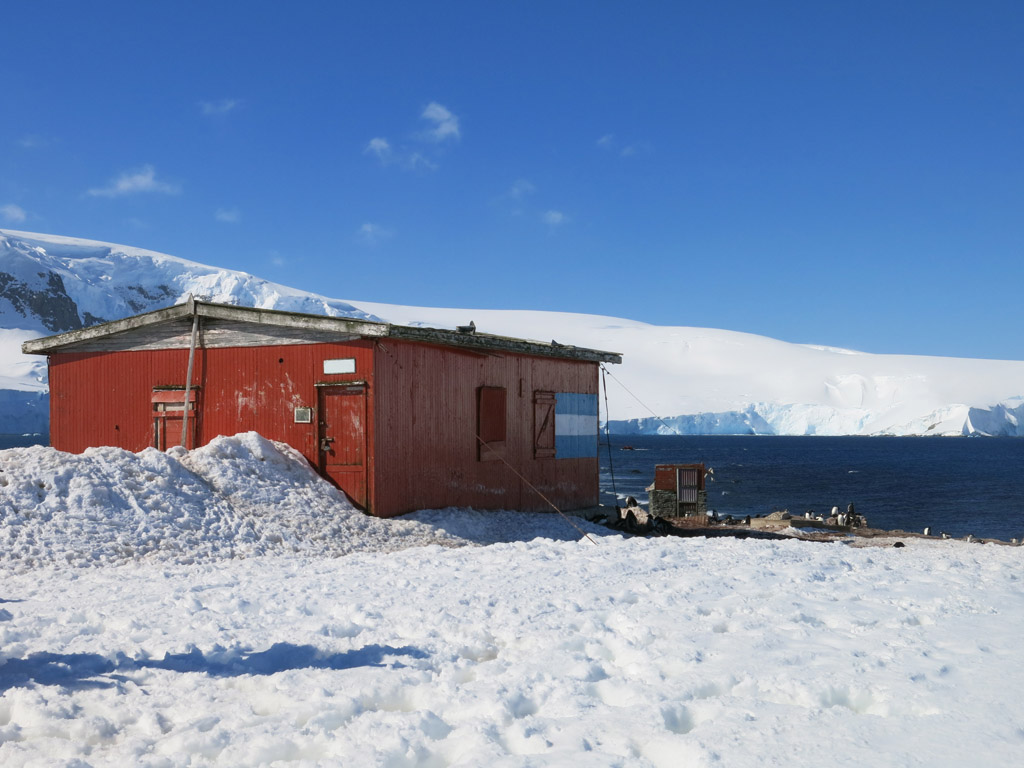 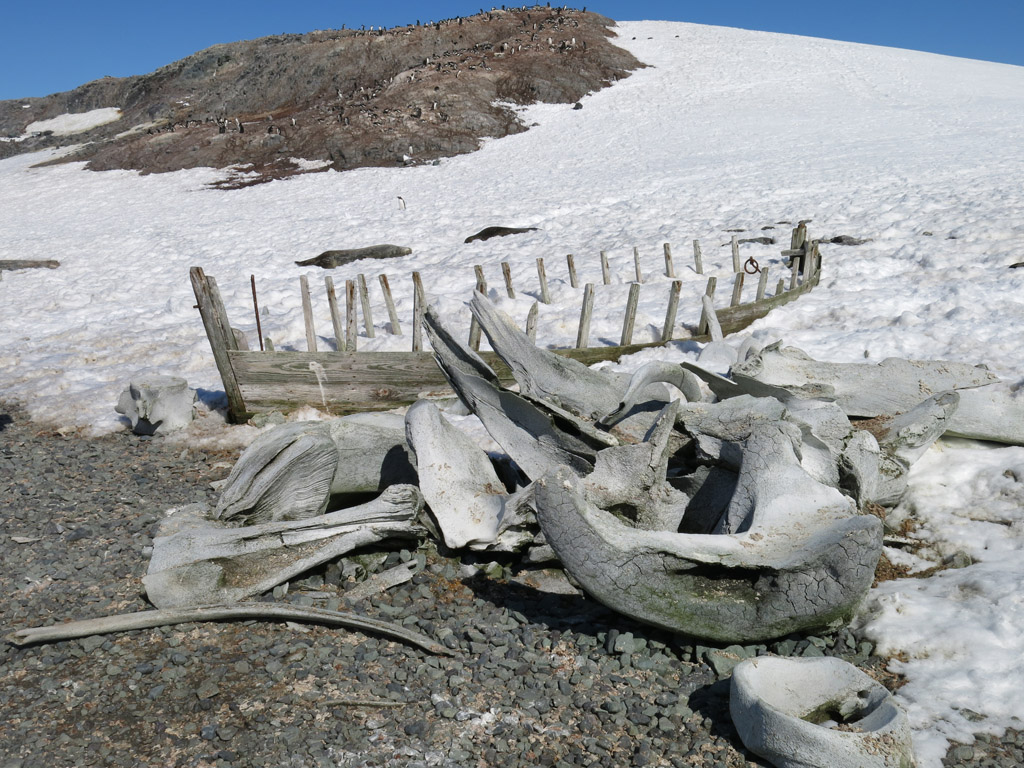 So we hopped on board a zodiac and headed on shore at Mikkelsen. On land was an old Argentinian base, colonies of Gentoo penguins, seals, and also the odd whale skeleton. 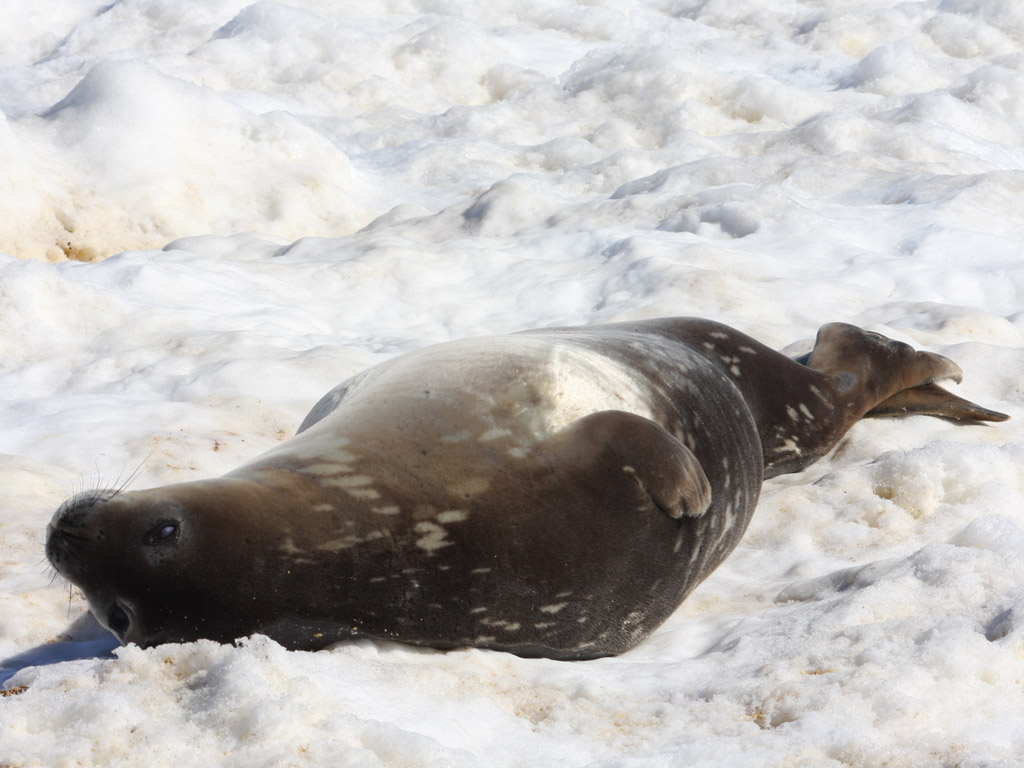 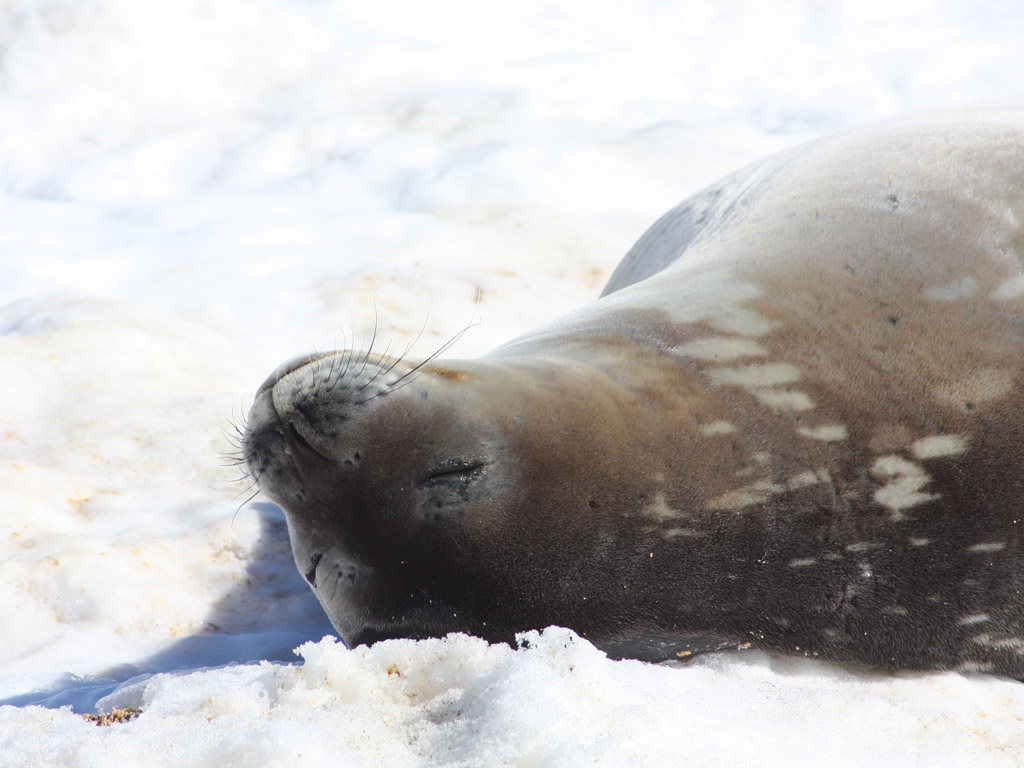 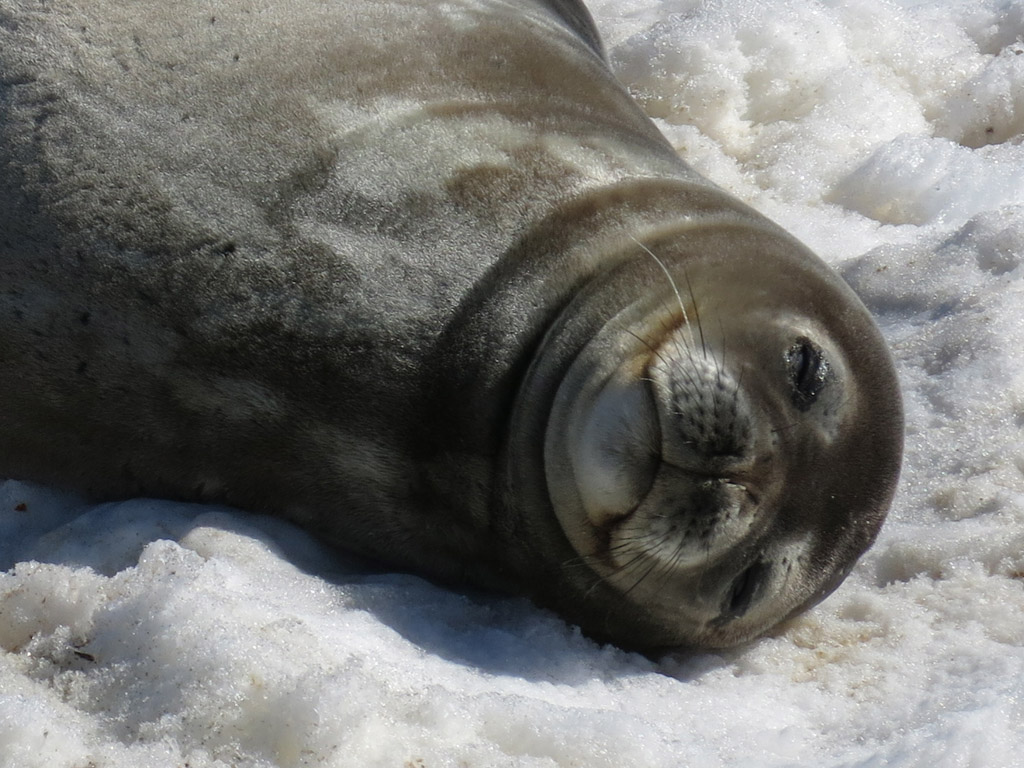 On arriving on shore we were also greeted by 4 big Weddell seals, just happily hanging out. They did not seem worried by everyone and were happy just to lay there having a snooze in the sun. When there were more people ashore, we did the short hike over the hill to the other side of the island to check out more penguins. 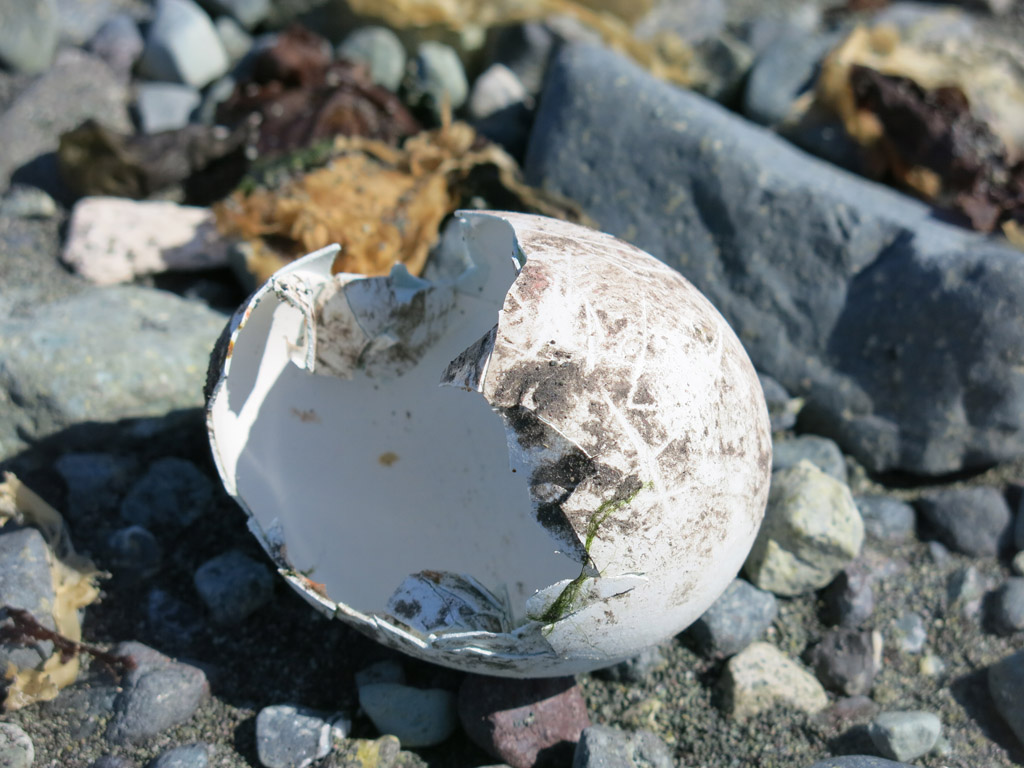 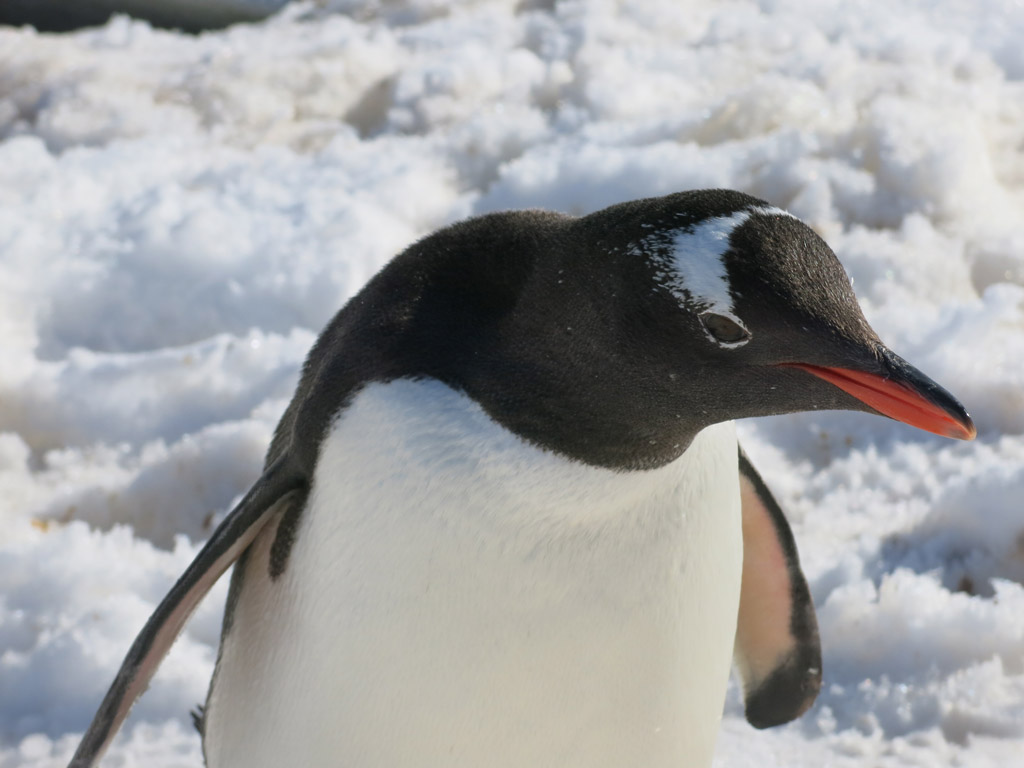 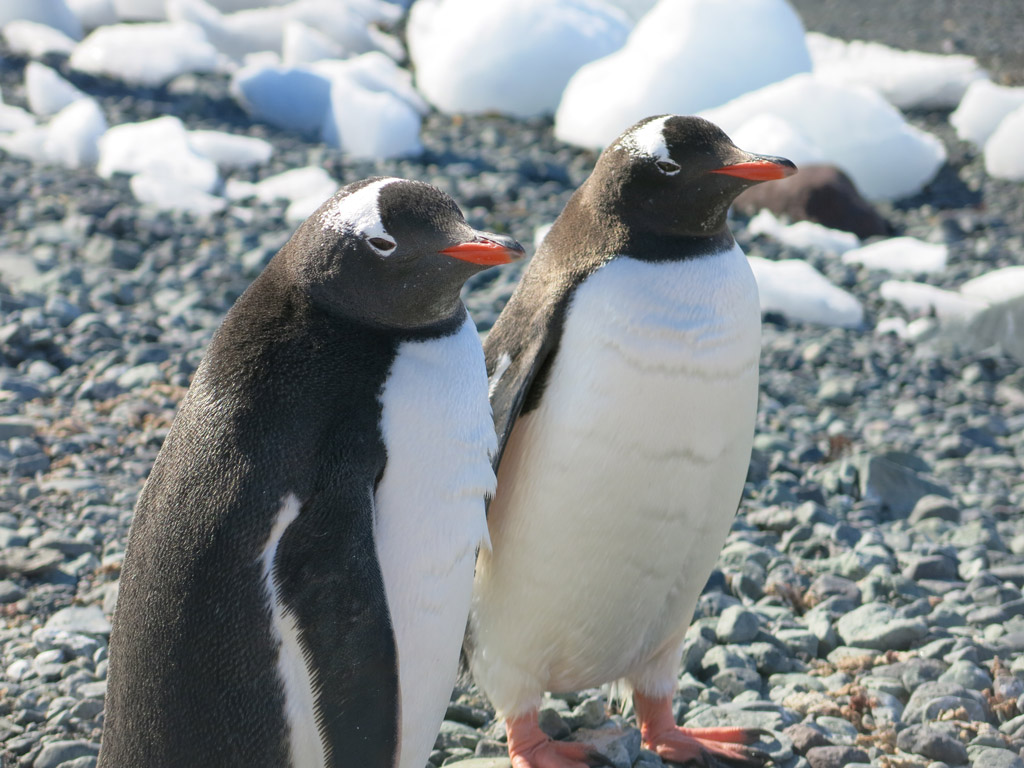 It seemed there were a lot of chicks as many of the penguins were sitting there protecting something from the hovering squers. Their colonies were a bit stinky too… they sure do make a mess those Gentoos. 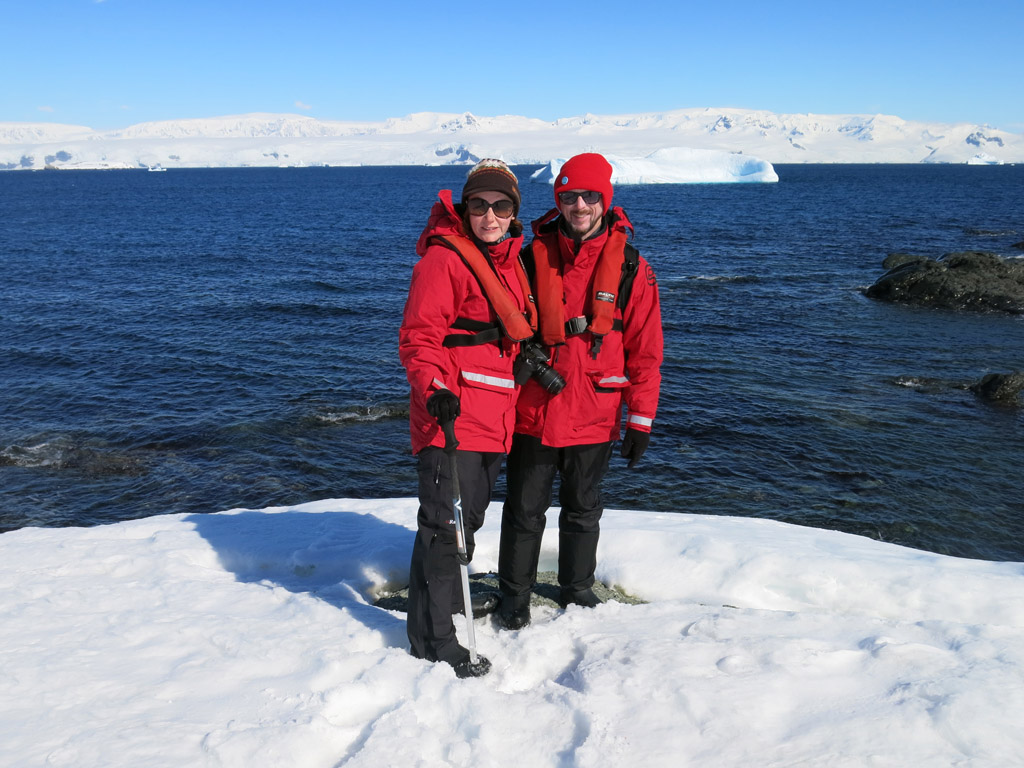 After an hour or so of pottering about the island, Jonathan called everyone in. It was now time for the opportunity to polar plunge. YES!!!

Earlier in the day he had indicated we should be ready to go if the conditions permitted, and the sky was blue and although the water was a bit choppy we would not be going out to deep, so they were happy to allow us the chance. It was great chatting to people… they were either “yes I’m in!”, “I have my swimmers on just in case I decided to”, or “no way!”. You know what camp I was in. And thankfully Kate was in the polar opposite (ha, see what I did there) so I had an official record keeper.

So when Jonathan gave the go ahead many of us stripped right down. I had a brief red speedo that Kate had bought for the occasion, and down I went to the briefest of clothes. It was cold.

Without wasting too much time, I strapped the Go Pro to the head, and off I ran.

We had a rocky beach on which to do it. No jumping in, rather we needed will power to run out about 20 meters to be able to submerge. Off I went! 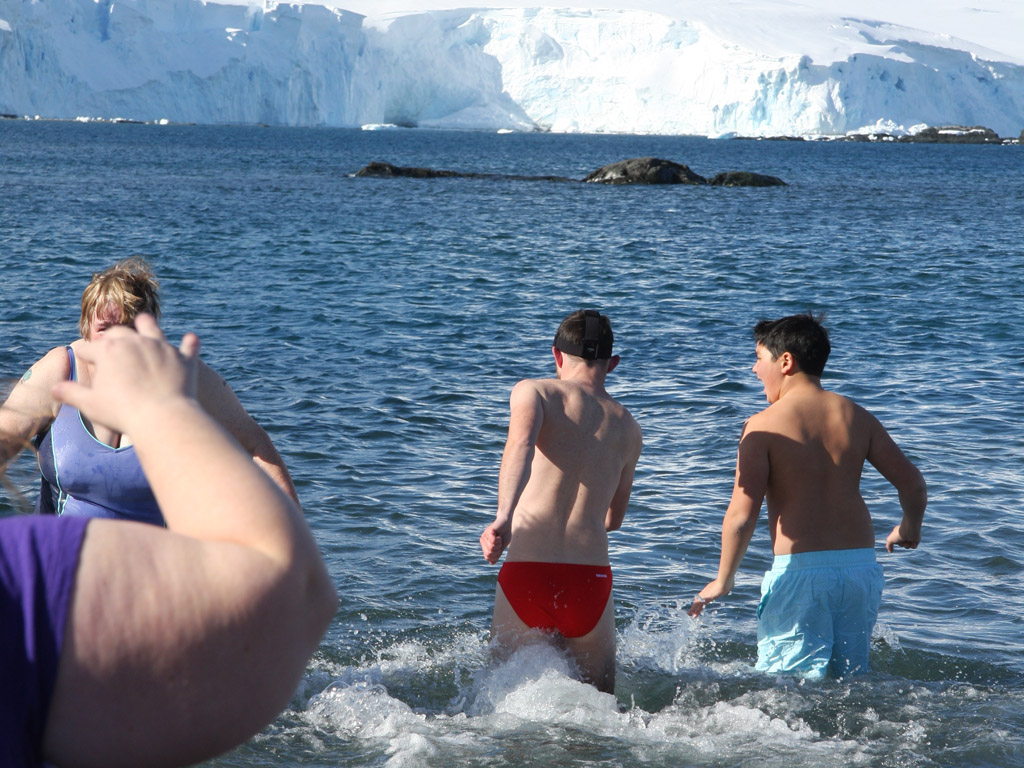 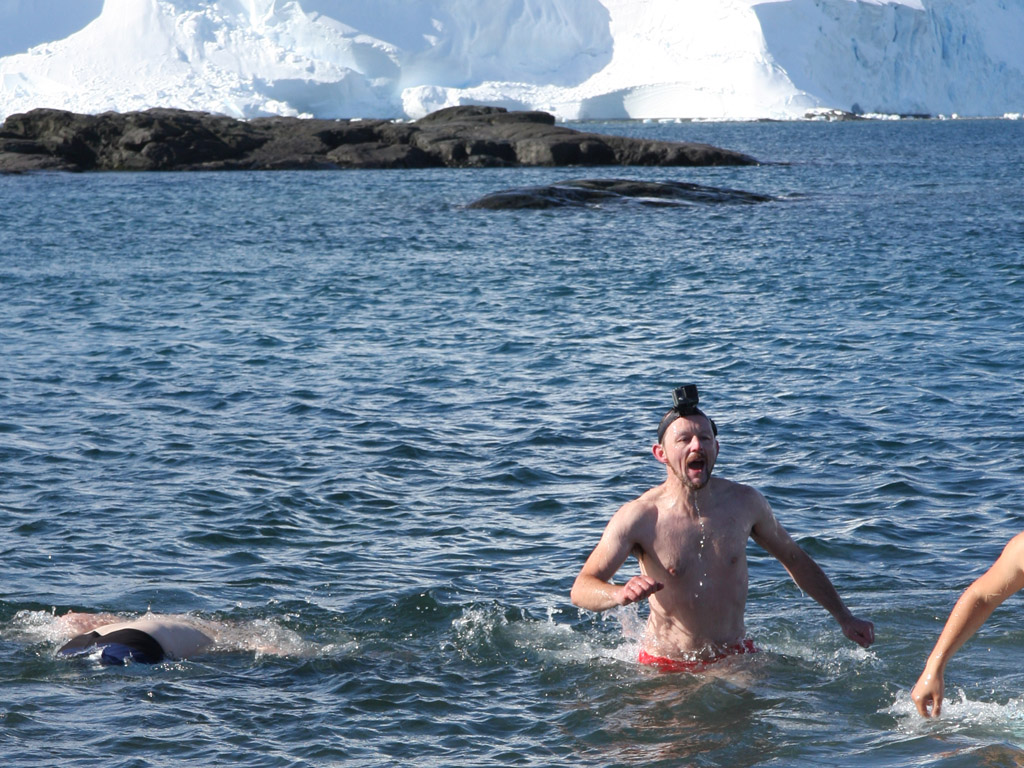 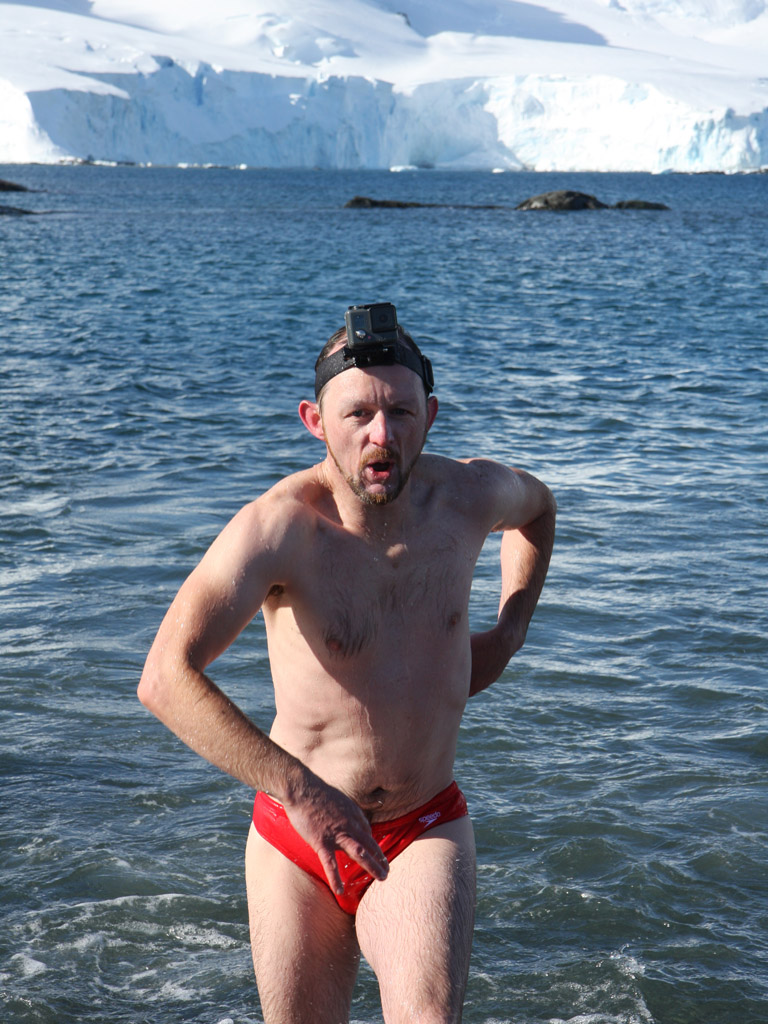 I ran in to the water and out the 20 meters. Probably because of the adrenaline, I didn’t feel the cold that much to be honest. Don’t get me wrong… it was COLD. but not chest constricting cold like you get back home in the cold of the bay. Rather the sensation on my skin al over my body told me it was damn freezing.

I got in and dunked my head. Some elected not to go right in. Me, I don’t see the point. I went all under and popped out in a split second and ran to shore. 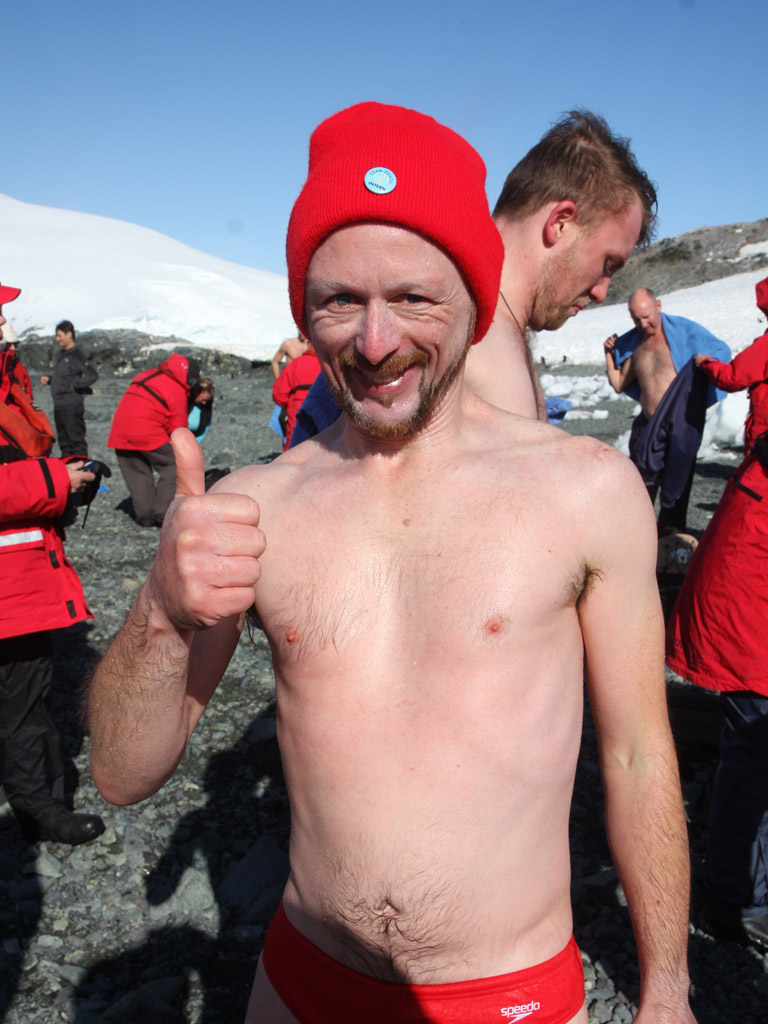 One of the guides was waiting with a towel and I got dry pretty quick smart, although I did stop to pause for photos.

Once out, to be honest I did not feel that cold. One of the guides asked me to get changed quickly as I was shivering, but it was really just my feet that were feeling it. Or not as it were, as feeling in my toes had long gone.

So with that I got as dry as I could and into all my gear. The zodiacs were waiting to ferry just the swimmers back to the boat, so I said goodbye to Kate and headed back to the boat. As we got off the zodiac and into the mud room, one of the dining staff was waiting with shots of rum. What a top bloke! In fact I must tip my hat here to all the G Adventures folk, as it is these little things they do REALLY well.

I downed that nice and quick, and then disrobed and got straight into the sauna. It was obviously in high demand, so I got the feeling back in my toes and went back to the room. By the time Kate got back I was well and truly back to normal. In some ways it was almost an anti-climax. But then I looked at the Go Pro footage and Kate’s pics and the awesome horror of it call came back. Polar plunge… DONE! 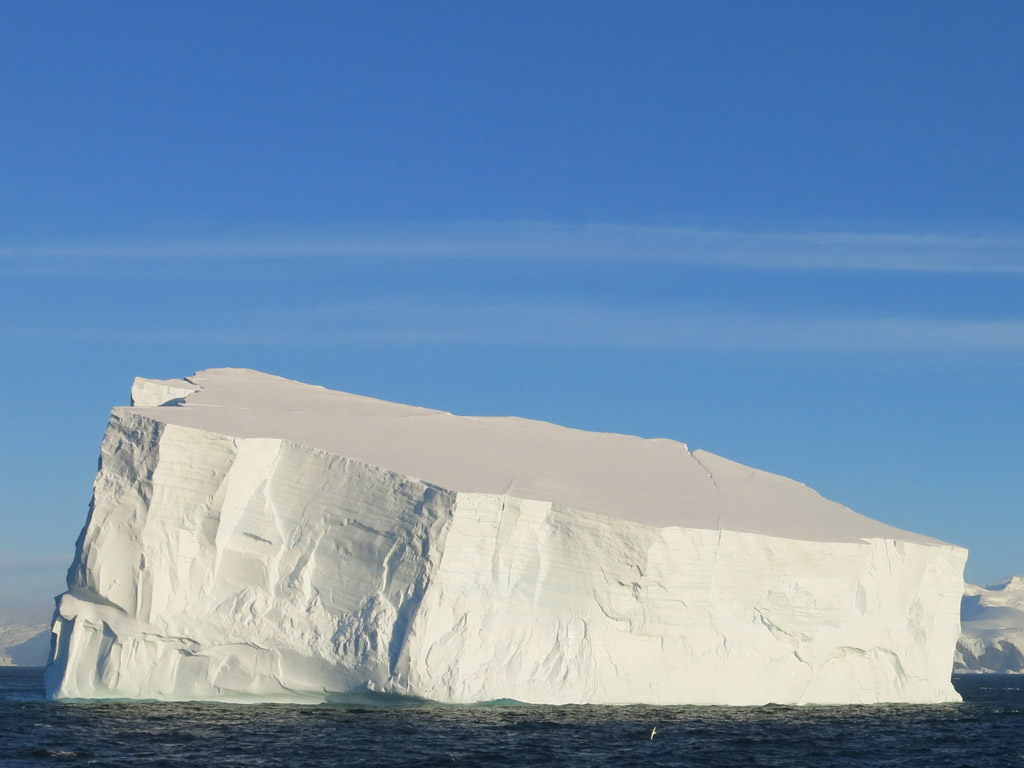 The rest of the evening was quiet. The usual briefing and dinner, and then Kate and I decided to rest up for the evening. There is still a week to go so we need all our energy.