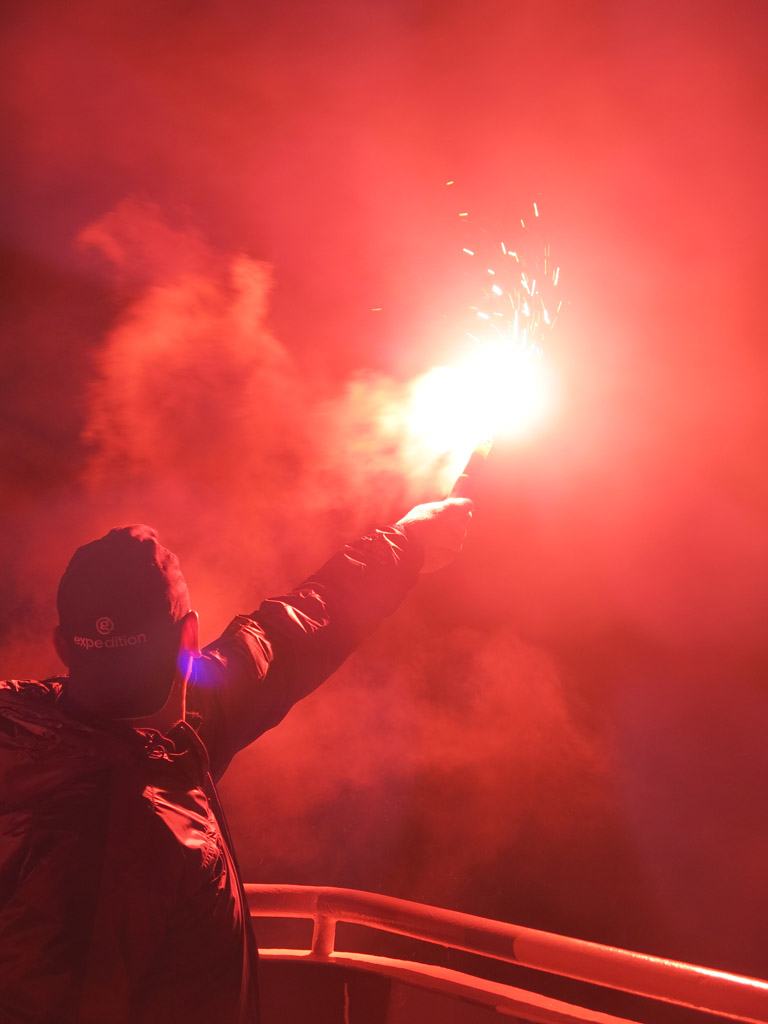 bringing in the new year

I woke after a solid 9 hours sleep, happy to have caught up on some hours, but still a little tired. But that was OK, as 2 days of Drake’s Passage awaited, with not much but some lectures, movies, and going through photos to pass the time. 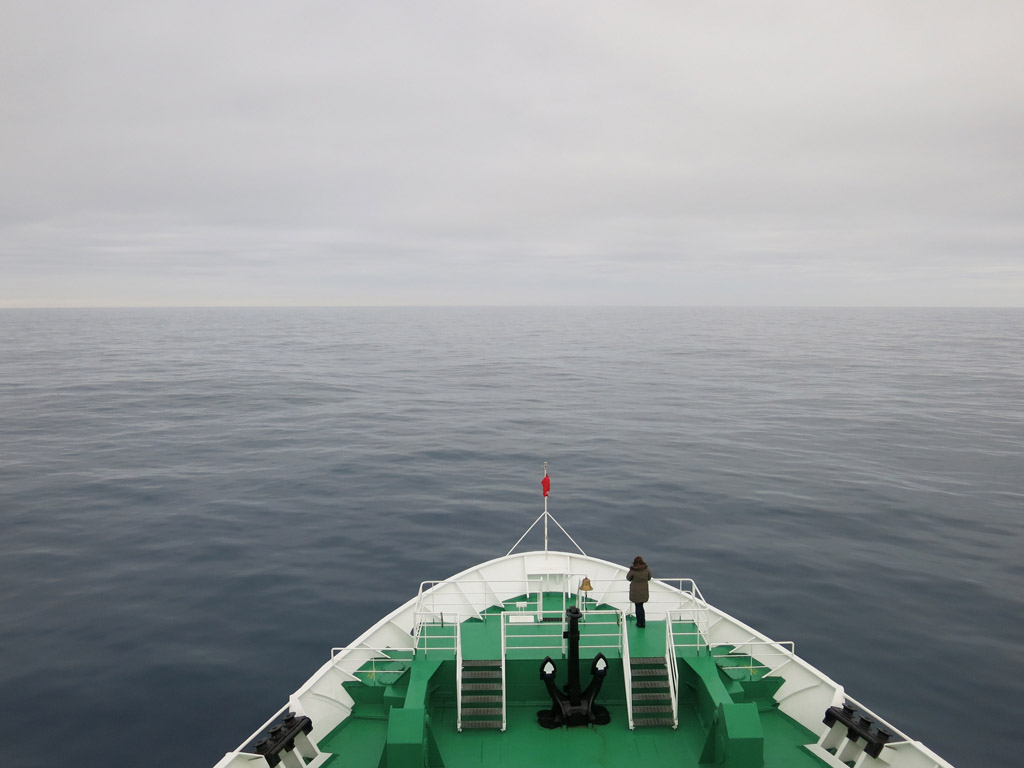 At breakfast it seemed half the boat had decided that rest and sleep was the order of the day, with the dining room only half full. But those that were up were very happy with the current state of the Drake, with calm seas outside our dining room windows. All the horror stories of rough waters were still just that… stories.

The rest of the day was always going to be quiet with not much to report. A few great lectures entertained much of the boat. One on whales by John, glaciers and ice by Gerard, and a fascinating one about the race to the pole by Scotty. They all really knew their stuff, but Scott’s on Scott and Edmunson’s battle was amazing. It really stirred the need to read more about it.

Wedged in there was also a screening of March of the Penguins. It had been a while since I had seen it and it is nice, if a bit cliche and populist. But a nice way to spend an hour and half (although a bit of an odd choice in way since we were never going to see Emperor penguins).

Kind of anti-climactic huh? In a way it is the only disappointing part of the trip. Totally unavoidable, but two days of Drake after the sheer wonder of the past 8 days meant that it was difficult to not be a bit flat. But thankfully, being New Years Eve, we had that to keep us going.

After dinner, the water started to get a bit rougher. Hardly Drake Passage rough though, just a bit more of a wobble and enough for Kate to feel a bit uneasy. She rested while I caught up with photos and chilled out until we got called for an impromptu kayak meeting. 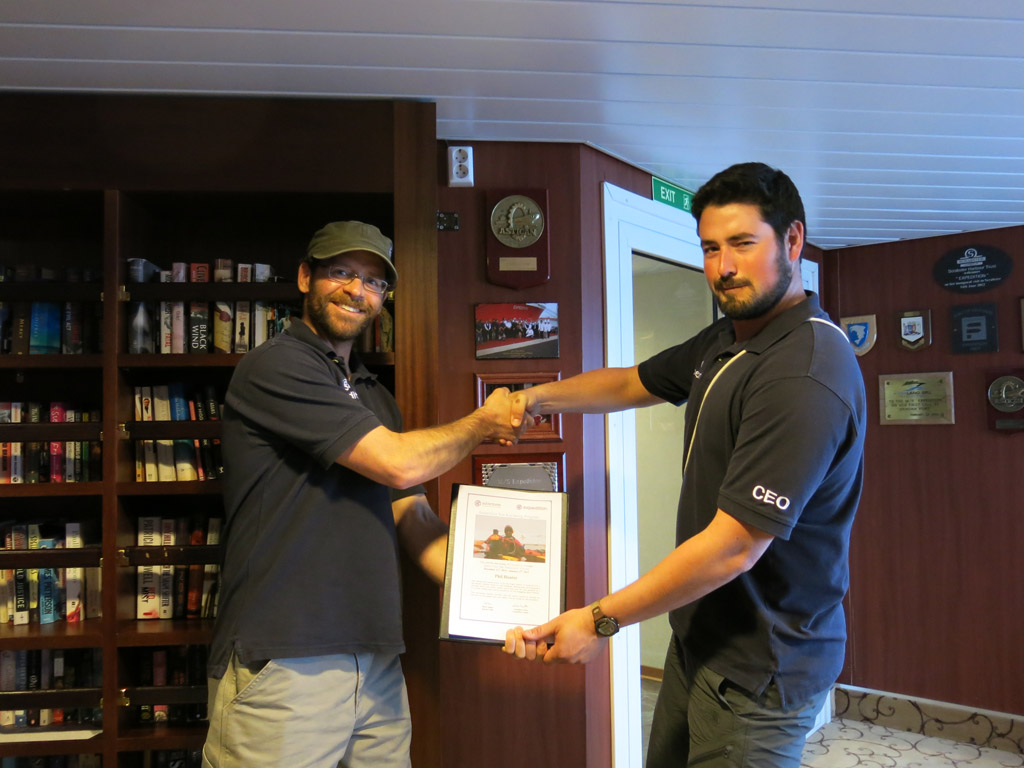 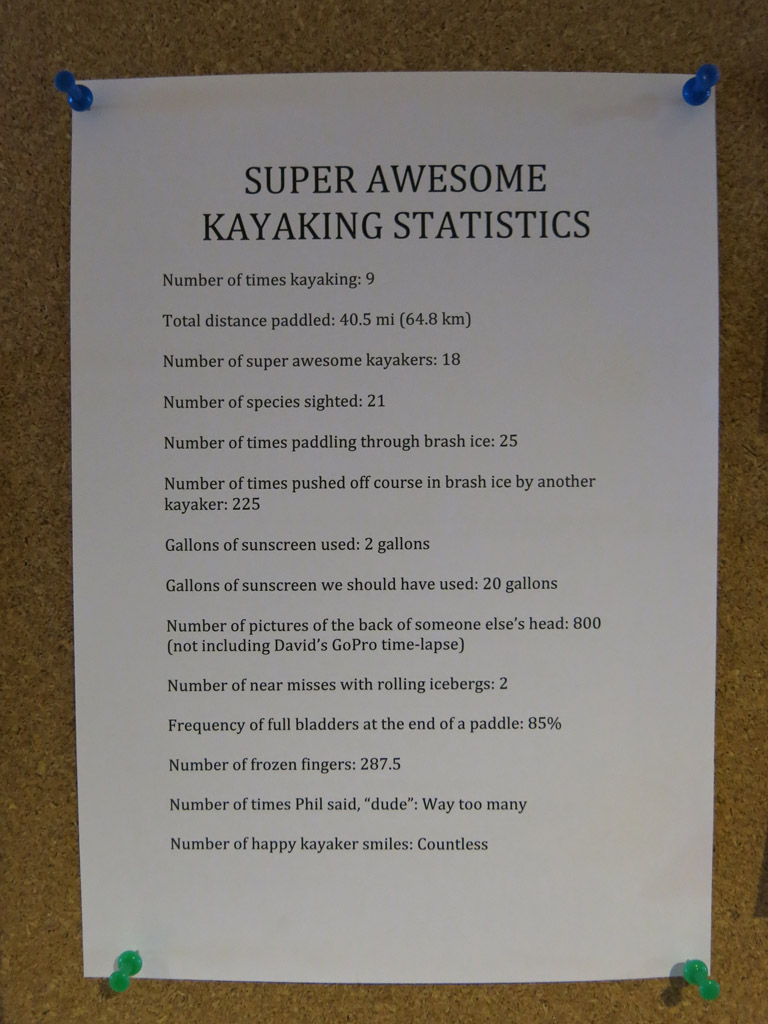 Mark called the meeting just to thank us for the good times and let us know about some feedback they were after and that we would all receive a certificate of accomplishment for our hard work. We also took the opportunity to share email addresses and start the process of getting some photo swap happening.

11pm arrived and it was time to visit the Polar Bear bar for some New Years shenanigans. Most the boat had made their way there and as we got closer to midnight the ships crew begin to prepare some festivities. On midnight a countdown came from the bridge. On the stroke of midnight a number of crew lit flares and shot them into the air. Happy New Year! 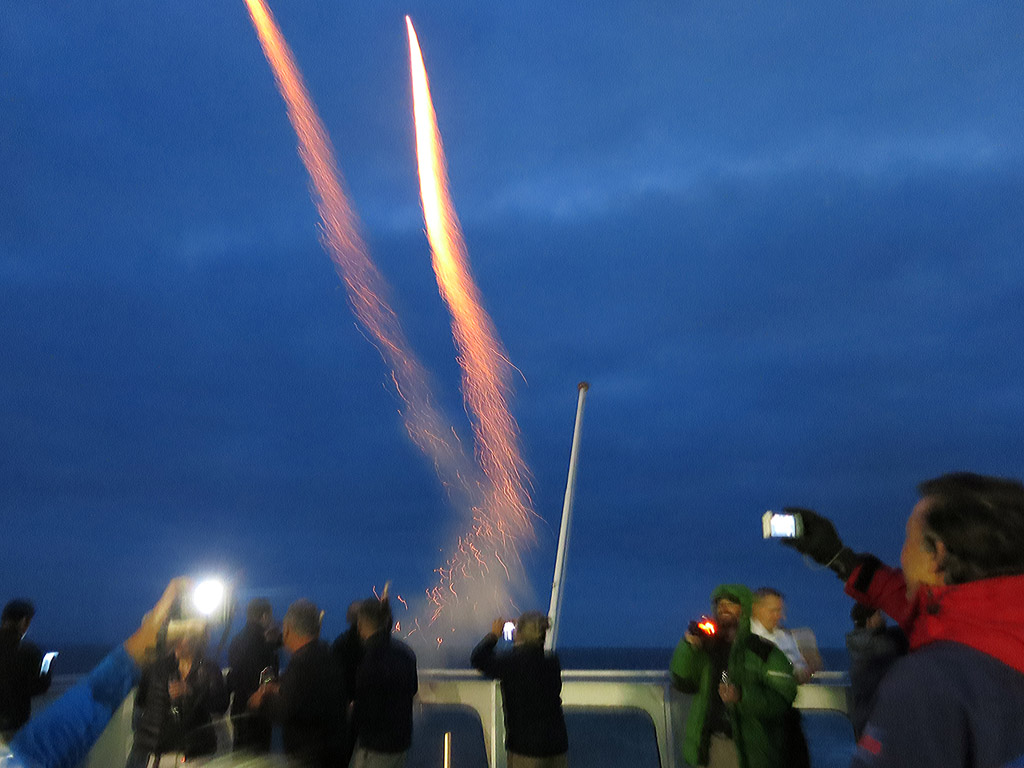 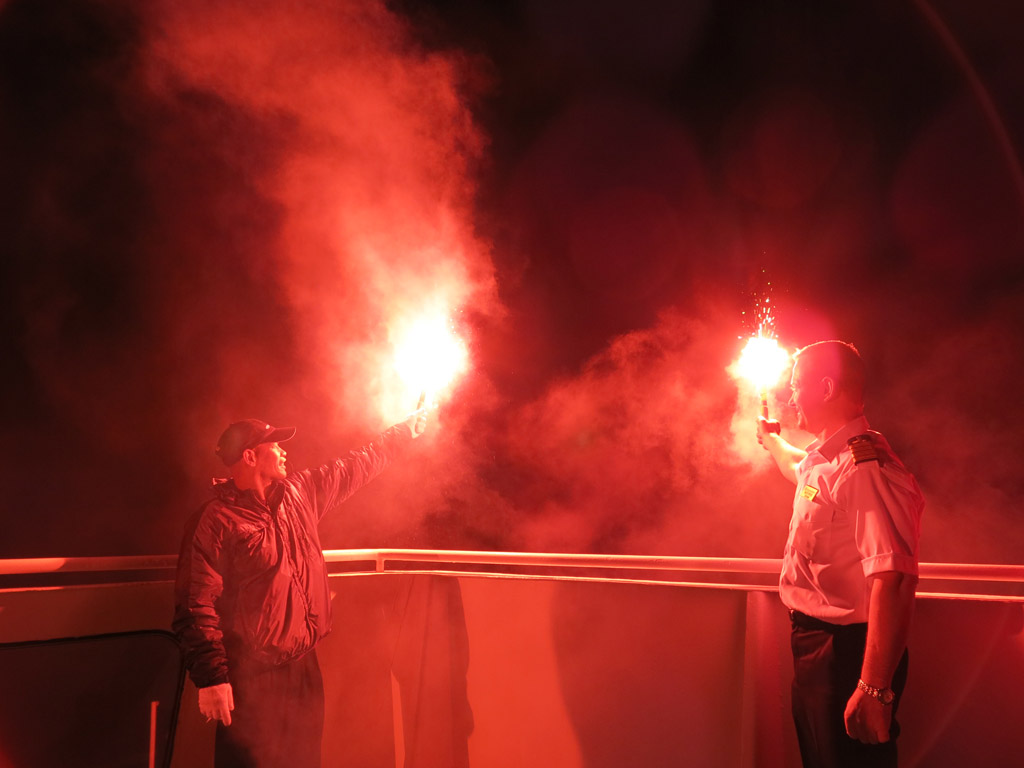 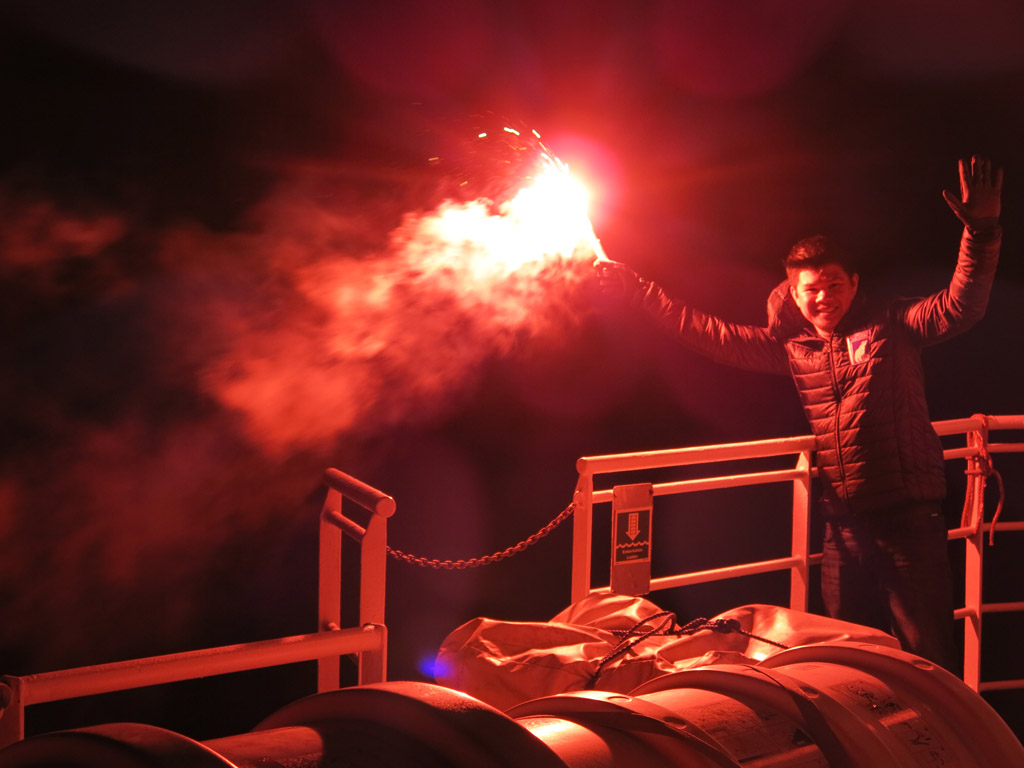 Everyone was celebrating joyously, most of us still trying to wrap our head around the surreal nature of our new year. How do you top being in the Antarctic, on the back of an expedition ship, drinking champagne?

The celebrations went on long into the night. I pulled the pin at about 1am, content to finally take a breather and call it a night. Happy New Year everyone… hope yours was as memorable in its own special way. See you in 2015!