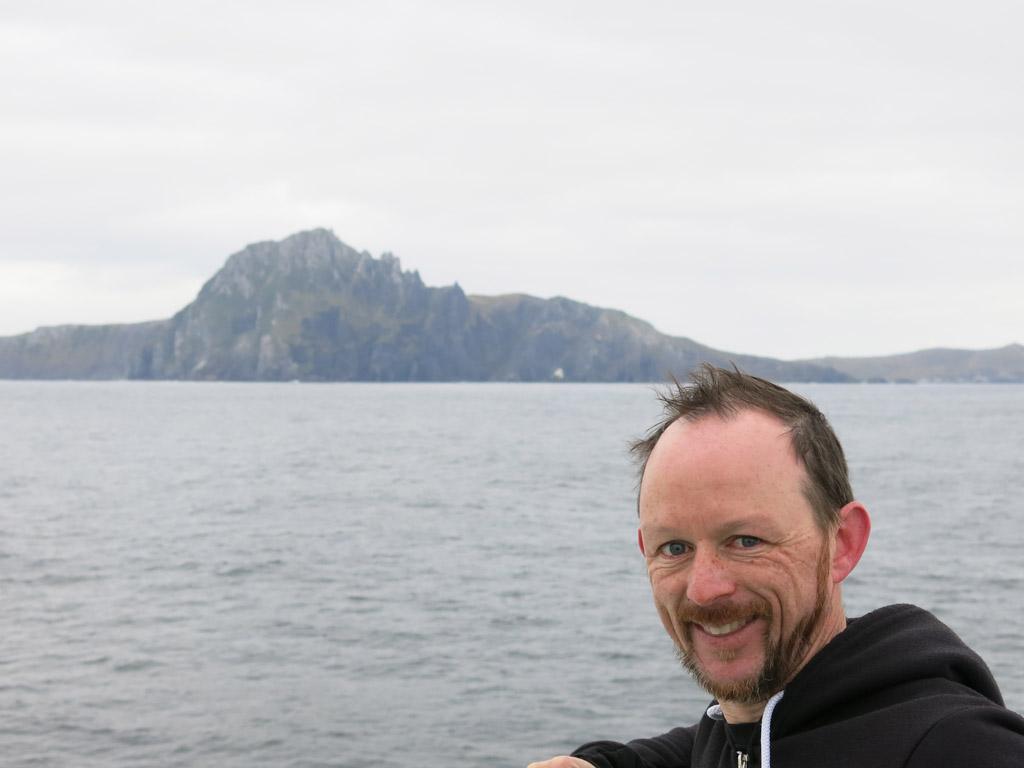 “Good morning everyone. It’s 7:30am and the weather is a balmy 8 degrees celcius. We have approached Cape Horn, the southern tip of South America.”

So spoke Jonathan in an impromptu wake up call. Since we had such a smooth passage over the Drake, our Captain chose a sailing path that took us much close to Cape Horn that we would ever had gone, another small reminder of the amazing captain and crew we have. 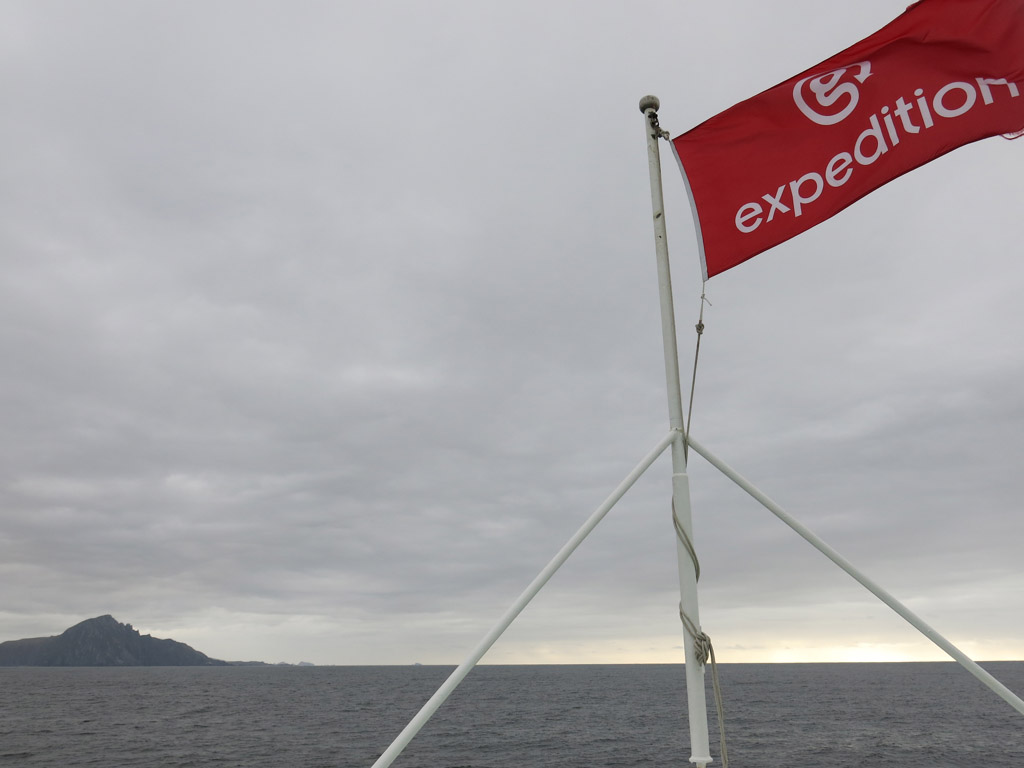 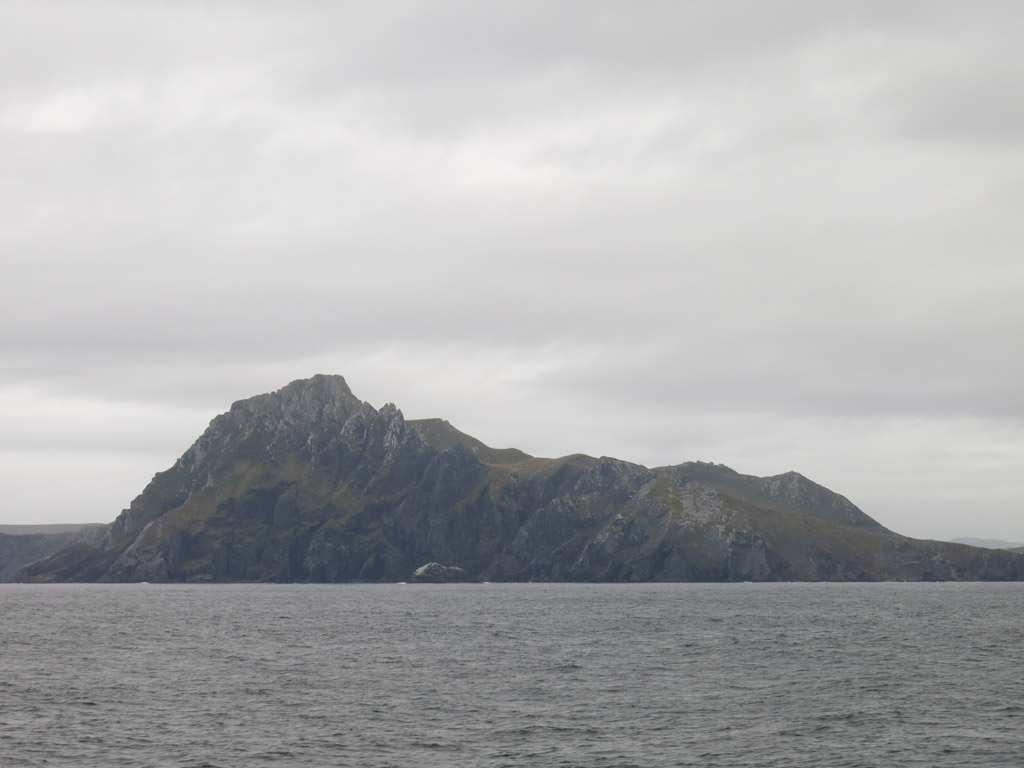 It was a buzz to see the southern most continental tip, being in Chile. We actually needed Chilean permission to enter we ended up that close. All this before breakfast on a quiet sailing day, and a very distinct reminder that we were going to be back in Ushuaia later today.

Today was another day of some lectures and formalities, with some farewells thrown in. First up was Scott introducing a short doco on the sailing around Cape Horn, and the life of a sailor in the 1920’s. They were all hard men.

The second lecture was by Gerard, who gave us a talk on his winter in Antarctica as resident chef in one of the British Antarctic Survey stations. This was probably my favourite talk of the entire trip, as he told his story that was equal parts about the history of food in Antarctic expeditions, but also his experiences and how he went about feeding 14 men during an 18 month stay.

It was quite incredible as he talked about the challenges of not just feeding them, but finding ways to keep their spirits up and how you stop everyone from going mad. It was an amazing insight to life on these stations, and from the chefs perspective made for a riveting tale.

Up next John ran a trivia session that was actually 40 pretty tough questions. We amassed a solid group, and thanks to our handy reference books (which were allowed!) we managed to answer many an obscure question about explorers and bases and the odd easy one about penguins and whales. We ended up with 32 out of 40… a bit of a ways off the winners at 38, but we were quite proud of the achievement. 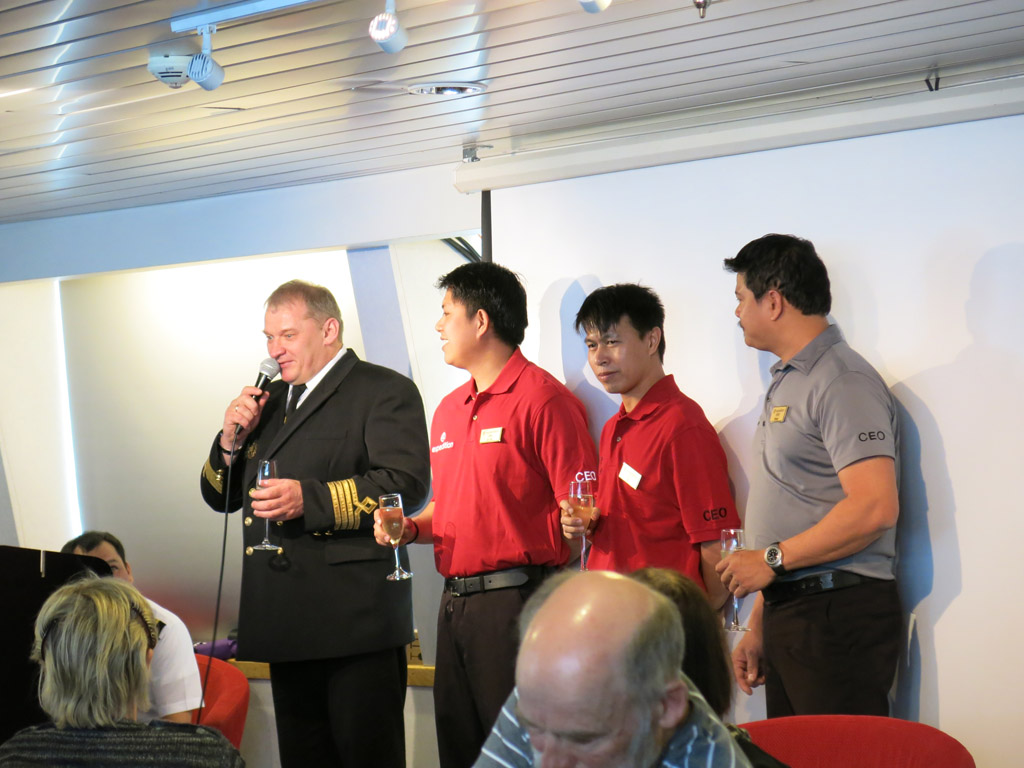 The night started to get more and more sad as we had a series of formal and informal farewells. First was the formal Captains farewell, where our amazing captain visited us all to wish us Bon Voyage. He had done a stellar job navigating the ice, sending us to other places, chasing whales that I can’t imagine it would have been better. 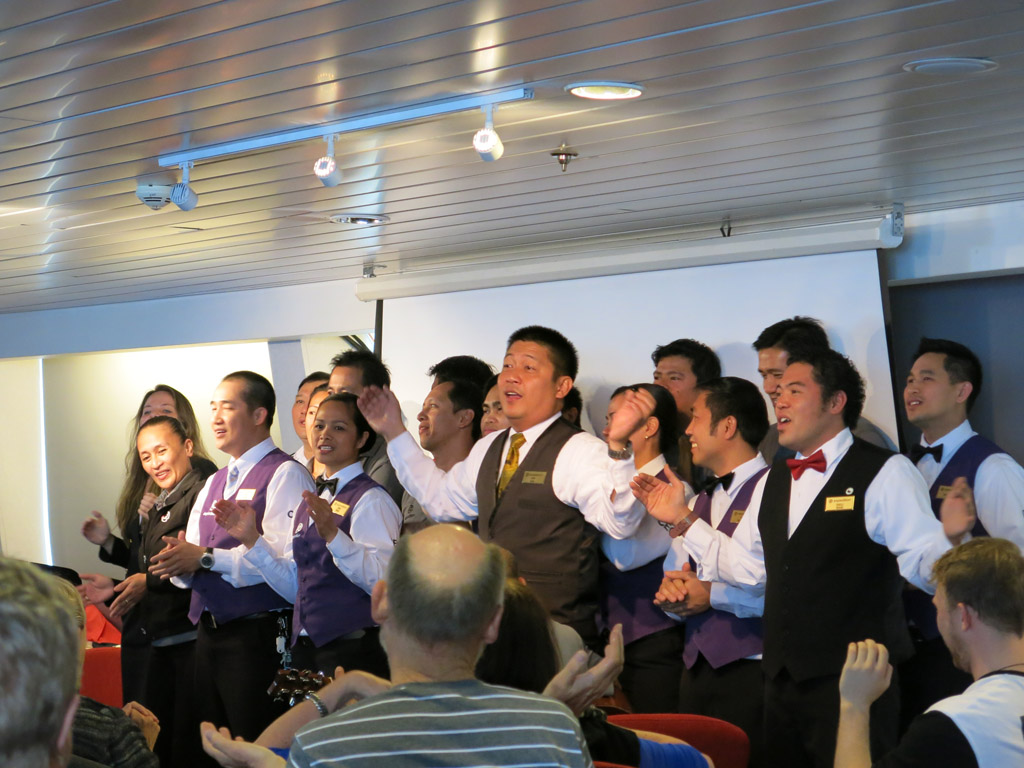 There was also a series of farewells to all the crew, including engine room, deck hands, cabin staff, cooks and everyone. They had all done an amazing job, and got a deserved ovation. Farewells to the crew happened in a less formal way, with everyone doing the rounds during dinner. 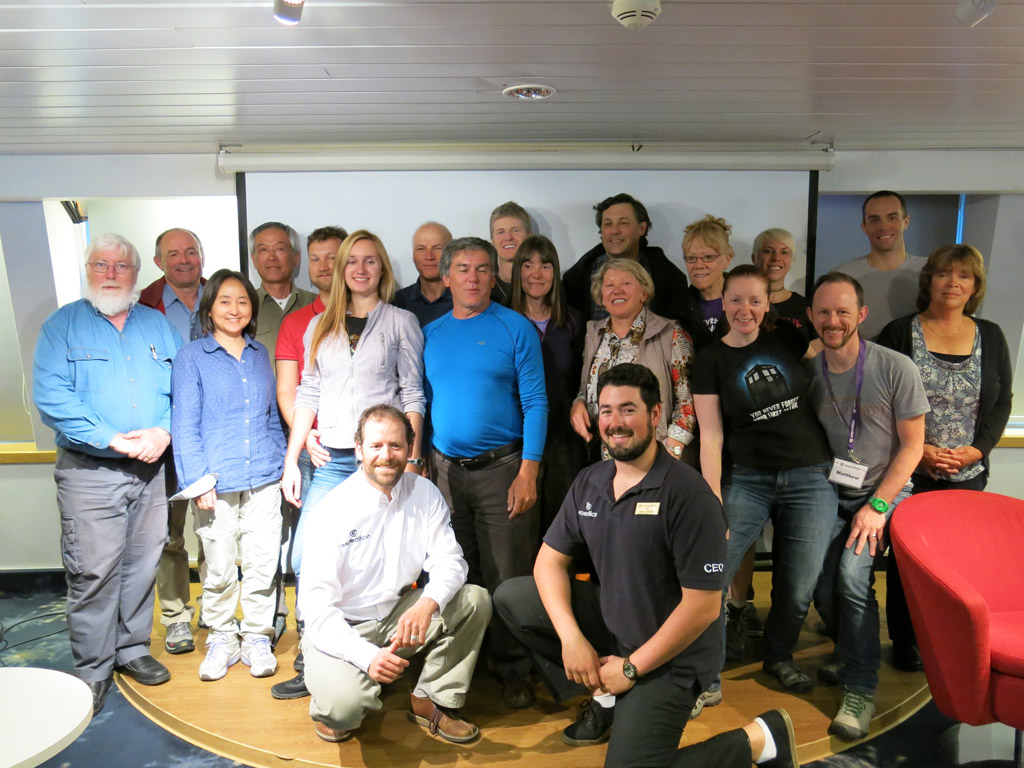 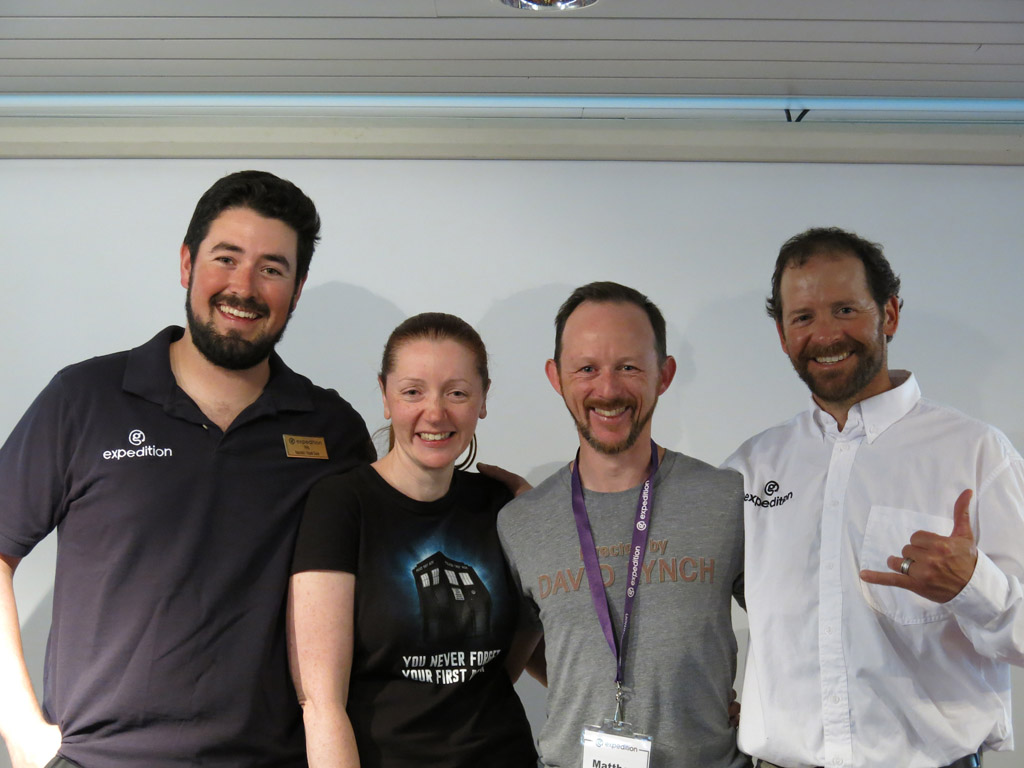 Mark also called a final Kayak meeting for us all to run through photos and say a formal goodbye. We were a tight knit crew, and it was pretty sad but everyone was still buzzing from our kayaking experiences. Mark and Phil were the absolute best. 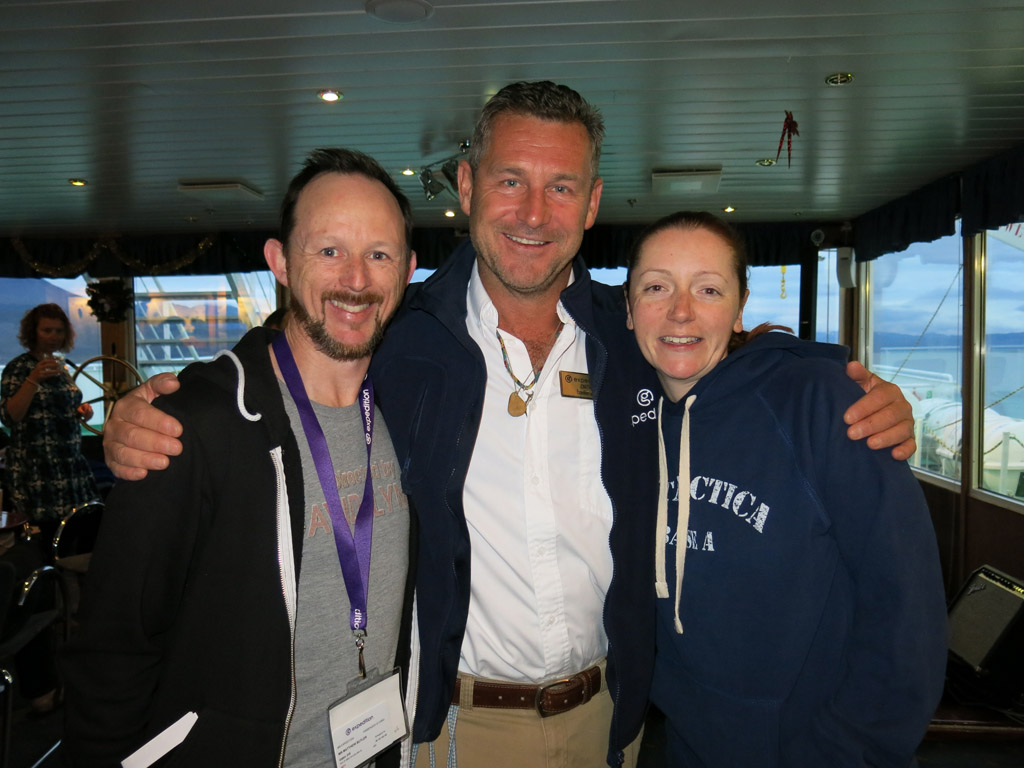 with the INCREDIBLE jonathan, our tour leader

All the informal farewells started happening in the Polar Bear bar, where Blaise was busting out a final set. About a third of the passengers were there and quite a few of the staff, having a final drink together. Again there were plenty of hand shakes and hugs to finish off the evening.

Well, the evening finished with some bag packing for the early morning disembarkation that awaited.