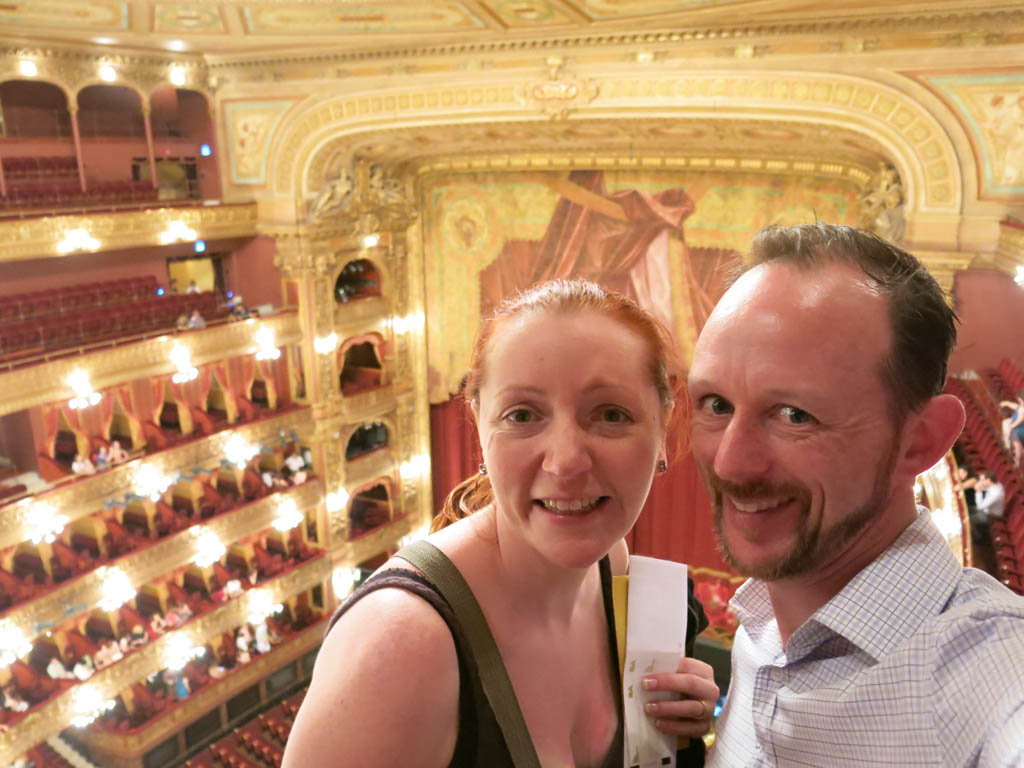 While we hadn’t been sleeping properly since we arrived, it was last night that the jet lag really decided to hit us. As a result we were super tired when we woke up so spent a good part of the day actually lounging about. We didn’t mind as we got a bit done yesterday, and today was just about chilling out anyway. So it wasn’t until the afternoon that we got out and about. 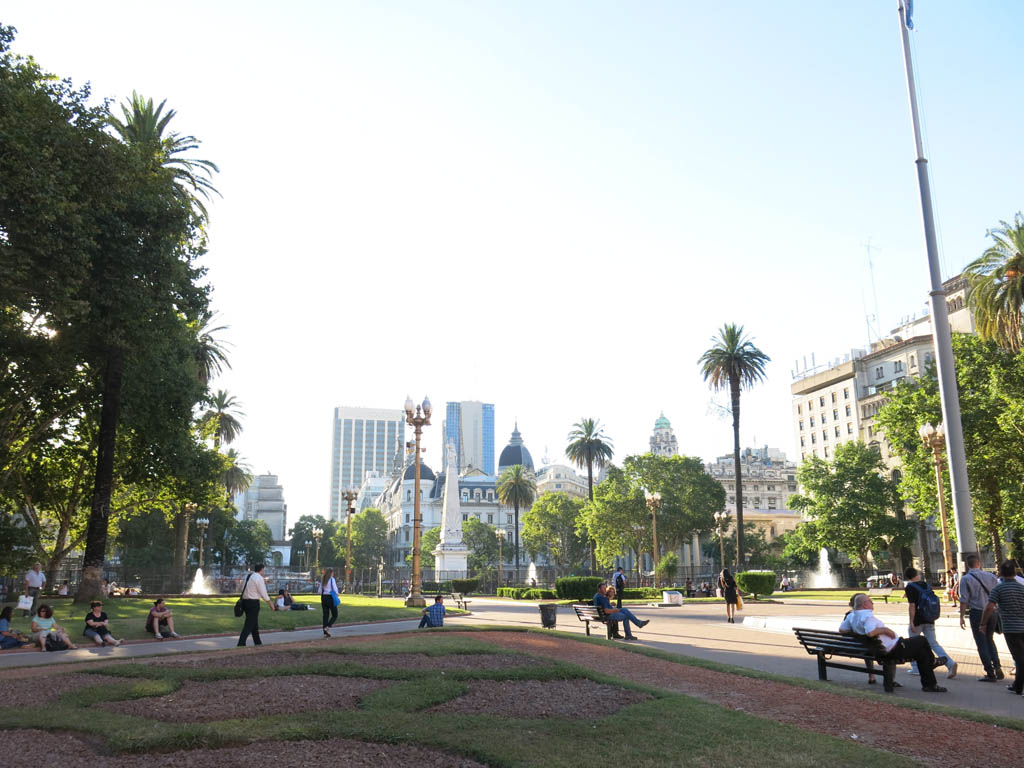 Our plan was to just wander the local neighbourhood. Our vibe from Buenos Aires was that it was more a place for hanging out, so we decided to see what our local area had. It was for the most part a bit more of a shopping area, although that is still being a bit generous, as there was not much of interest. More notably, it was also the area of quite a few parliament buildings, and home of the main protest area, Plaza de Mayo. 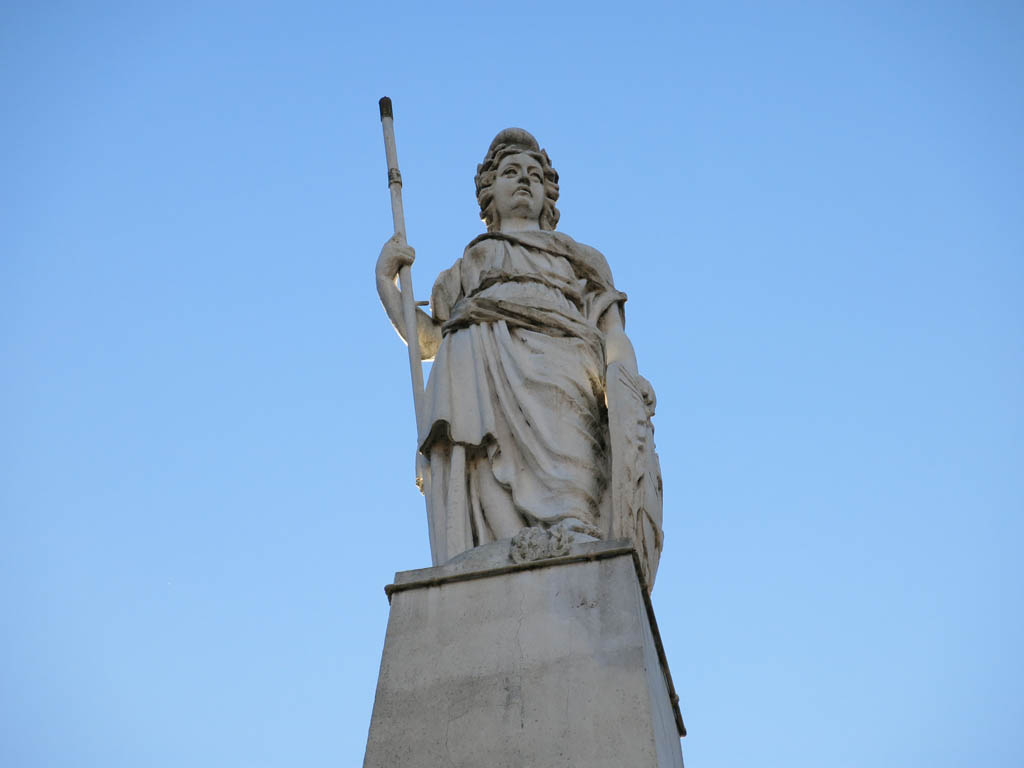 high above the plaza 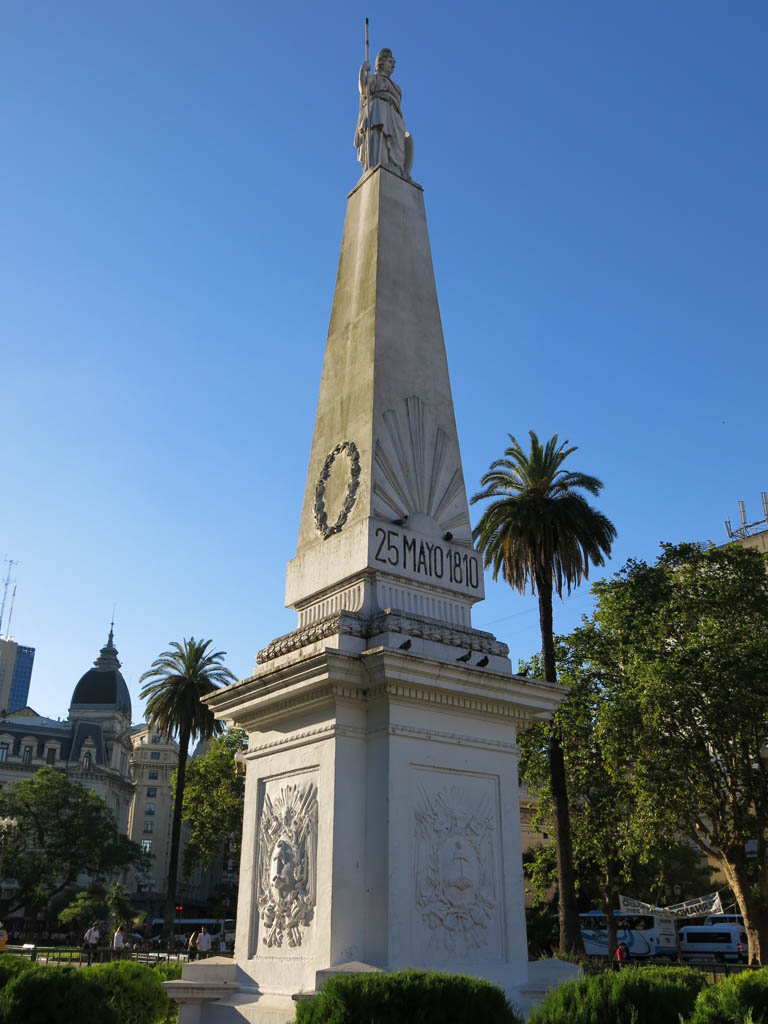 The plaza was both what I was expecting, but also not quite. It was, as I thought, just a big public space. but having been to Spain and some Latin American countries, it was not nearly as ornate as I thought it may be. By that I mean there were no tiled areas or mosaics or anything of aesthetic interest really, besides the odd statue and monument. It seemed a cool place to hang out, however, there was not much to sustain the visit. 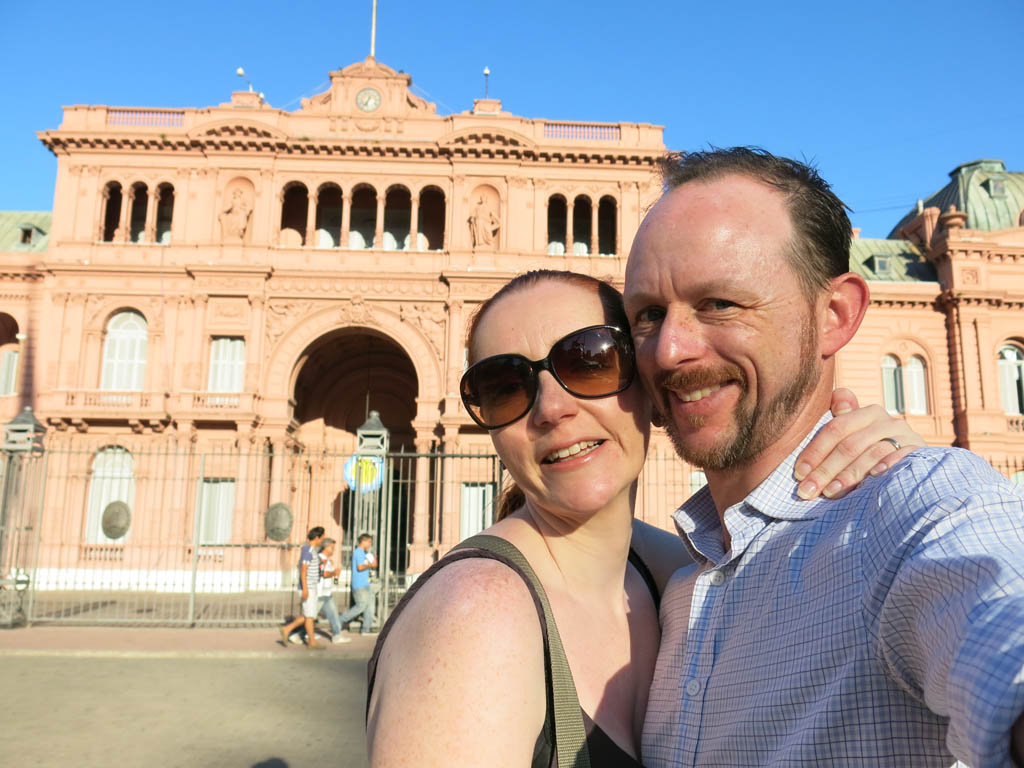 hanging out in the plaza 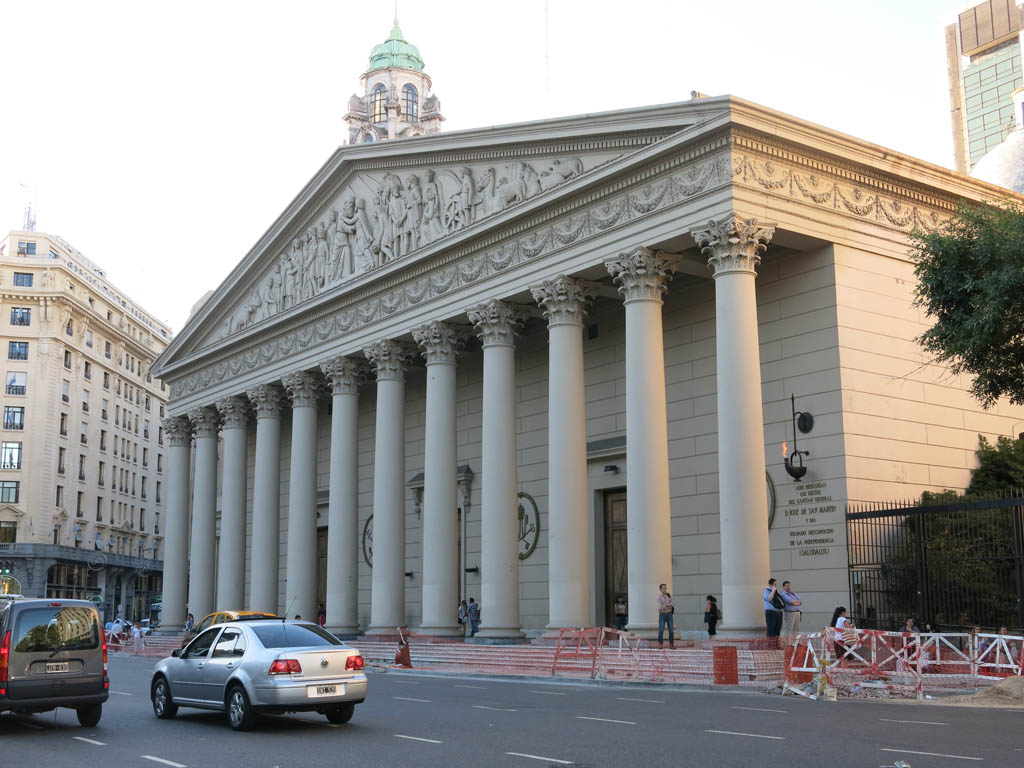 Of more interest were some of the surrounding parliamentary buildings. They were quite cool and certainly added a sense of importance to area. 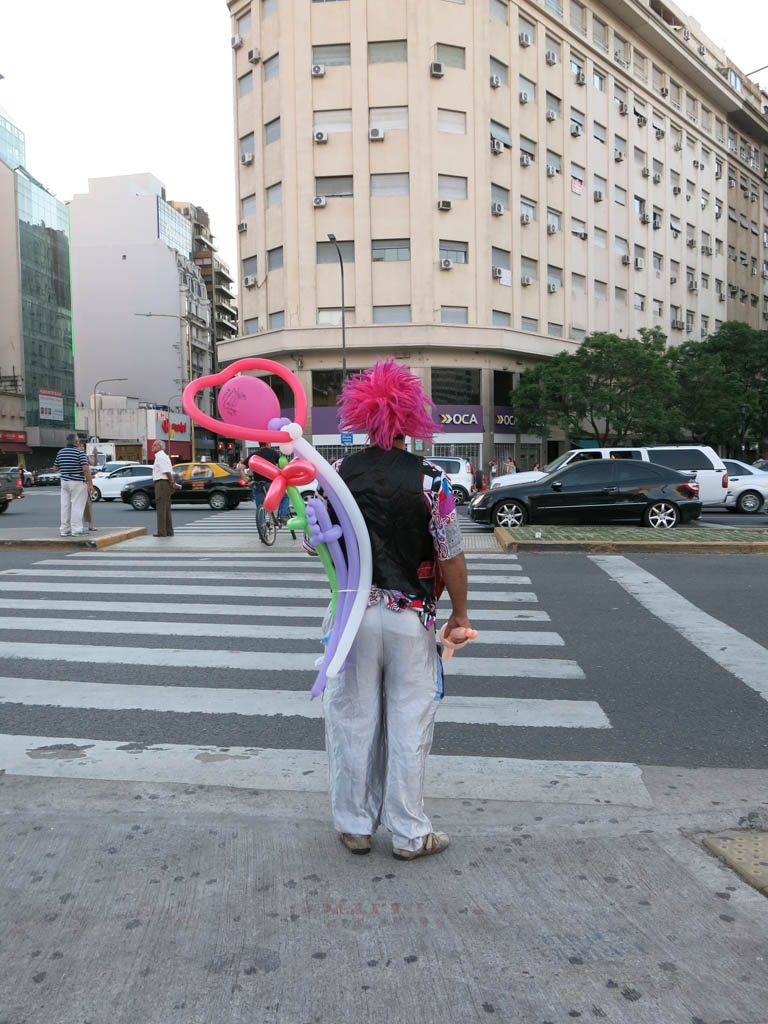 you meet all kinds in BA

With that the rest of the late afternoon was just spent wandering and coming across the odd circus performer. 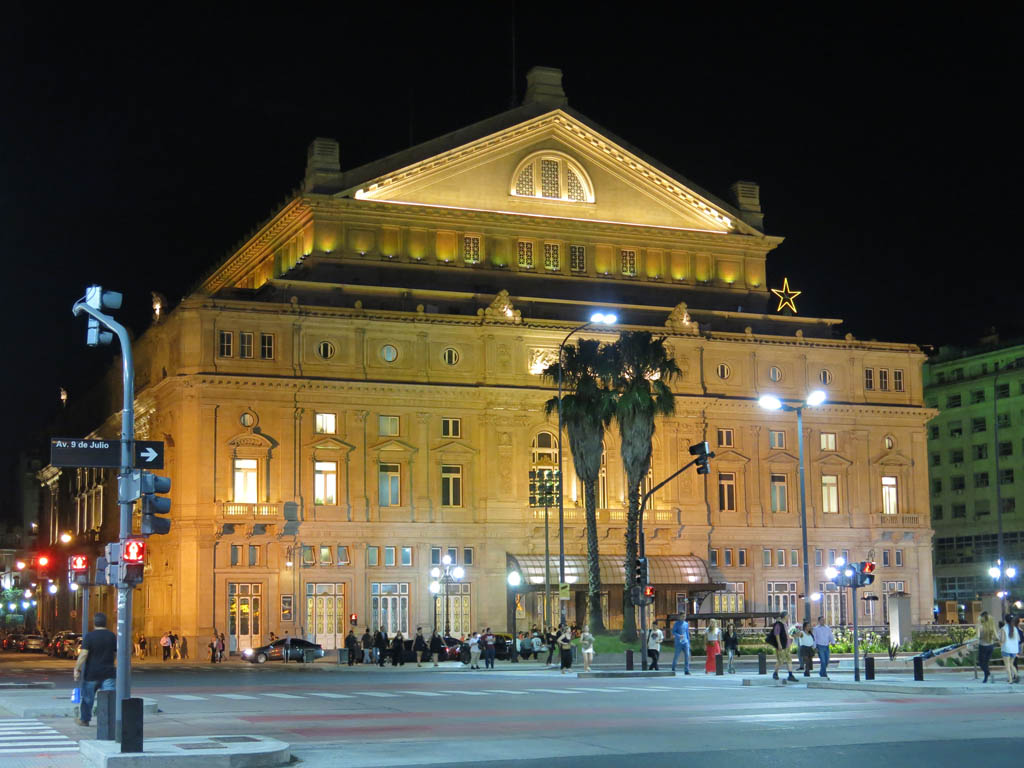 ready for a night of theatre

The wandering actually had a destination. During our visit to Teatro Colon yesterday we decided to pick up tickets to their festive performance of The Nutcracker, the famous ballet. Kate knew it well and I knew it from the crazy Nutcracker Fantasy animation as a kid, but it was mostly to be able to see something in the famous theatre. 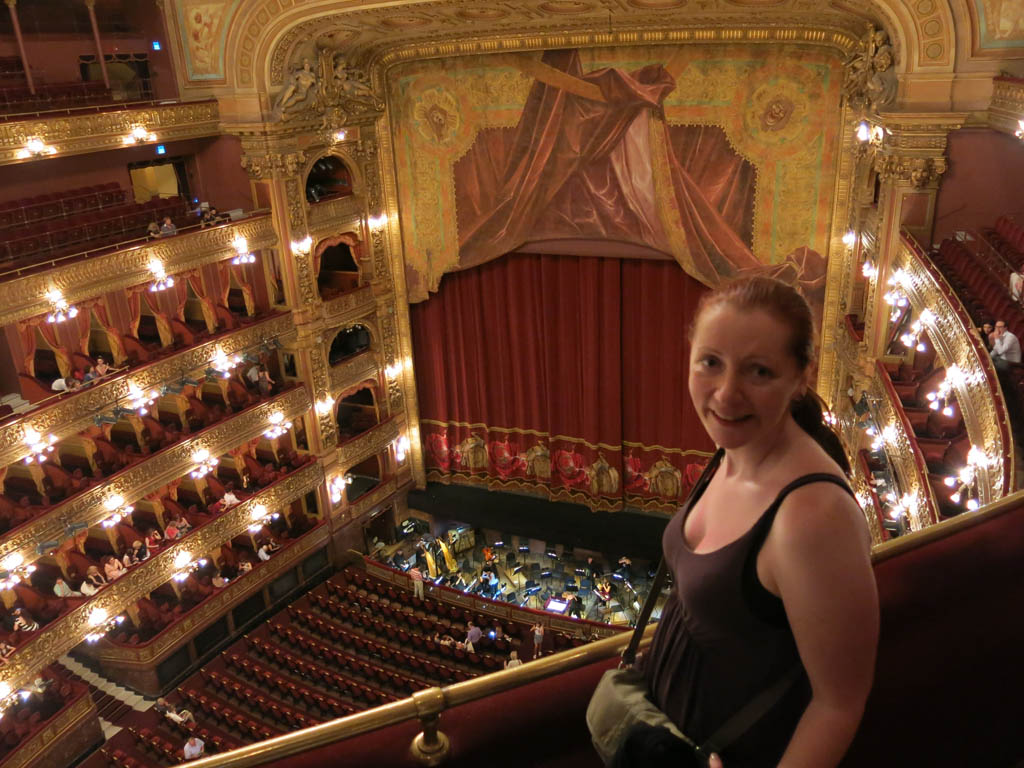 A great deal of the venue was sold out, and what wasn’t sold out was pretty pricey, so we elected for some high up tickets in the boxes. While it was a little more difficult to see, it was very cool to be high above everything, soaking up the theatre. 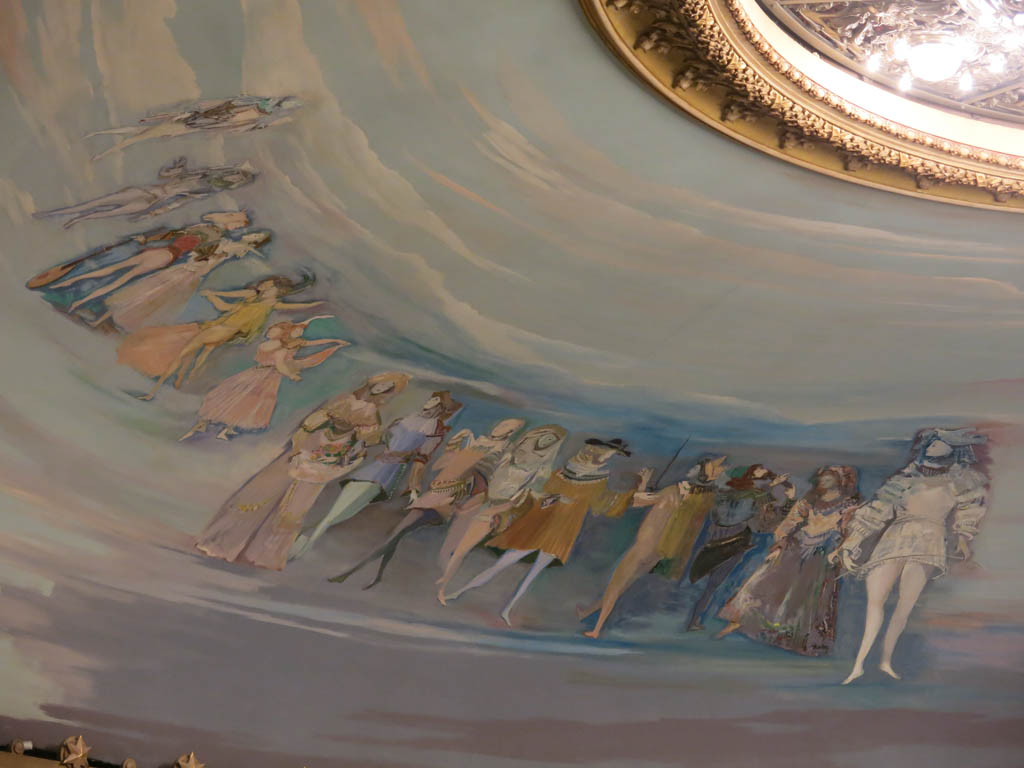 From that vantage we could also check out the artwork in every corner of the theatre, including the roof.

With that the main event commenced. And how was it? Kate really liked it and said it was quite different to other performances she had seen. Me, well, it’s not quite my thing. But I did enjoy just being a part of it.

And so our evening came to a close. While not action packed, it was a chilled out day that we needed after such a long stretch of being crazy (and being jetlagged).