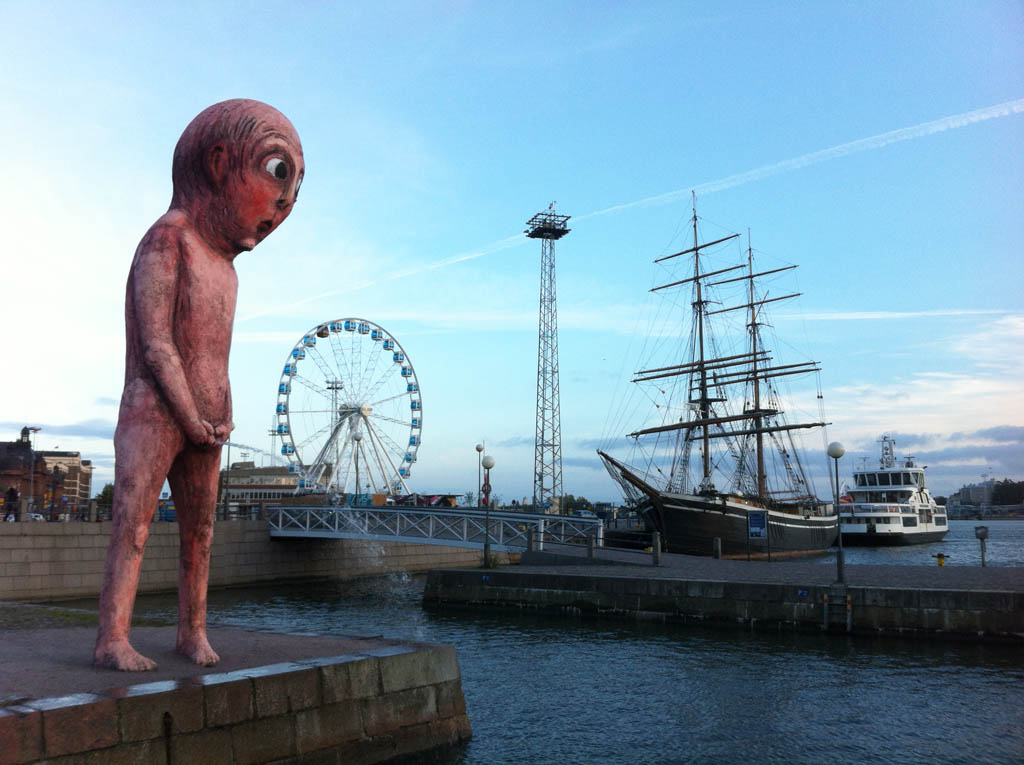 Ha, see what I did there in the title?

Anyway, this is probably my last post from these travels. In about 8 hours I will be on a plane heading homeward (via Hong Kong… better make sure I have my yellow umbrella handy) so I can’t imagine much else exciting will happen here in Finland in that time.

I spent my last free day relaxing and packing. The only plan was to meet my colleague Lauri in the city for dinner, apparently at an old school traditional Finnish restaurant, so late arvo I hopped a bus and made my way in. I had a little time to casually wander, and the city seemed a little more lively than usual for a Sunday. Not sure why. Again, it was a nice day, so people were out and about. I couldn’t resist snapping a last picture of the harbour, complete with giant urinating boy again. 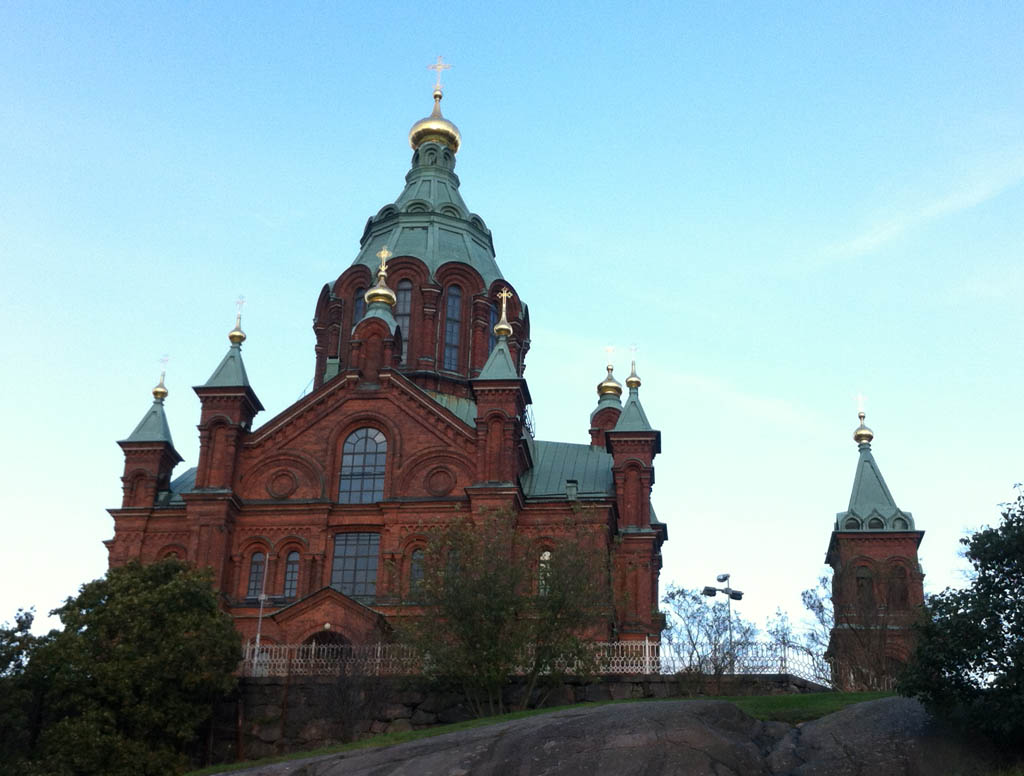 i wonder what country influenced this?

I also snapped a pic of the Uspenski Cathedral as I wandered by. It was clear to see the Russian heritage in it just from the outside.

It was time for dinner so met Lauri at Restaurant Savotta. On entering it was clearly designed to be old school, being very much log cabin influenced. Browsing the menu I knew I would be in for a treat. I had some advice from Lauri as to what to order that I would be unlikely to get anywhere else. Having already sampled quite a bit of local food, we went for the elaborate shared starters, and I went the Vendace for my main. 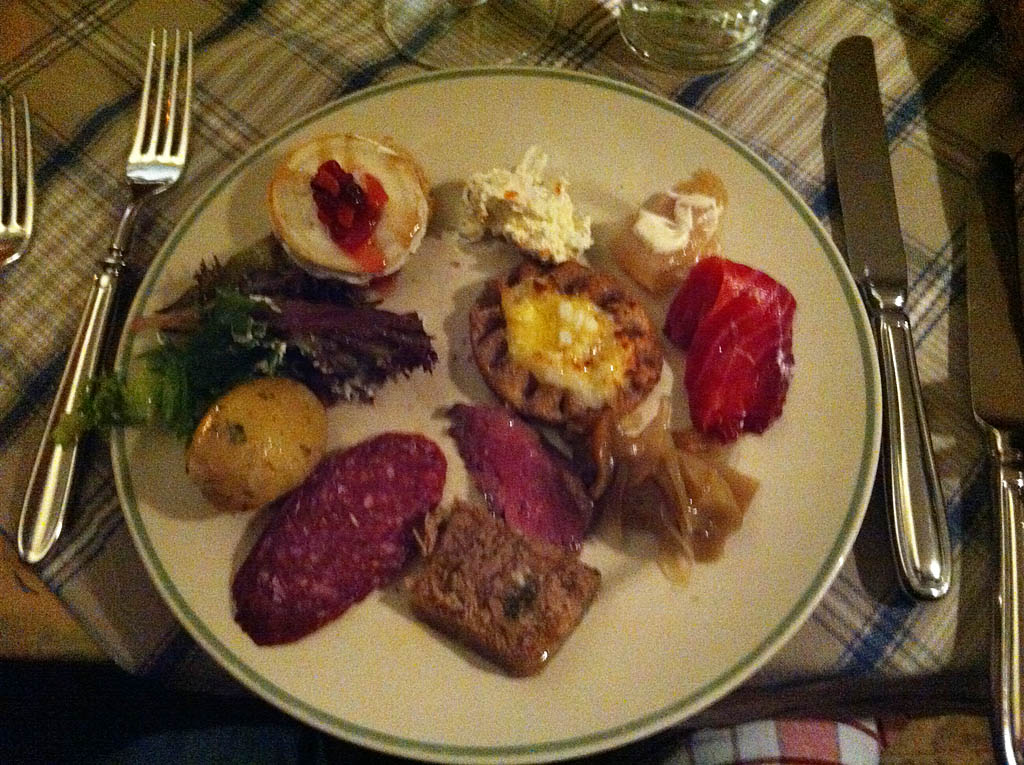 The starter was amazing. It was a sample of about 10 different things that we shared. In amongst it were local delights including cranberry soaked salmon, a white fish I can’t recall which, reindeer in a few forms, wild mushrooms, goats cheese, and other delicious things that I should have written down. My favourite was the reindeer salami and the mushrooms. Superb! Apologies for the crappy iPhone 4 picture. 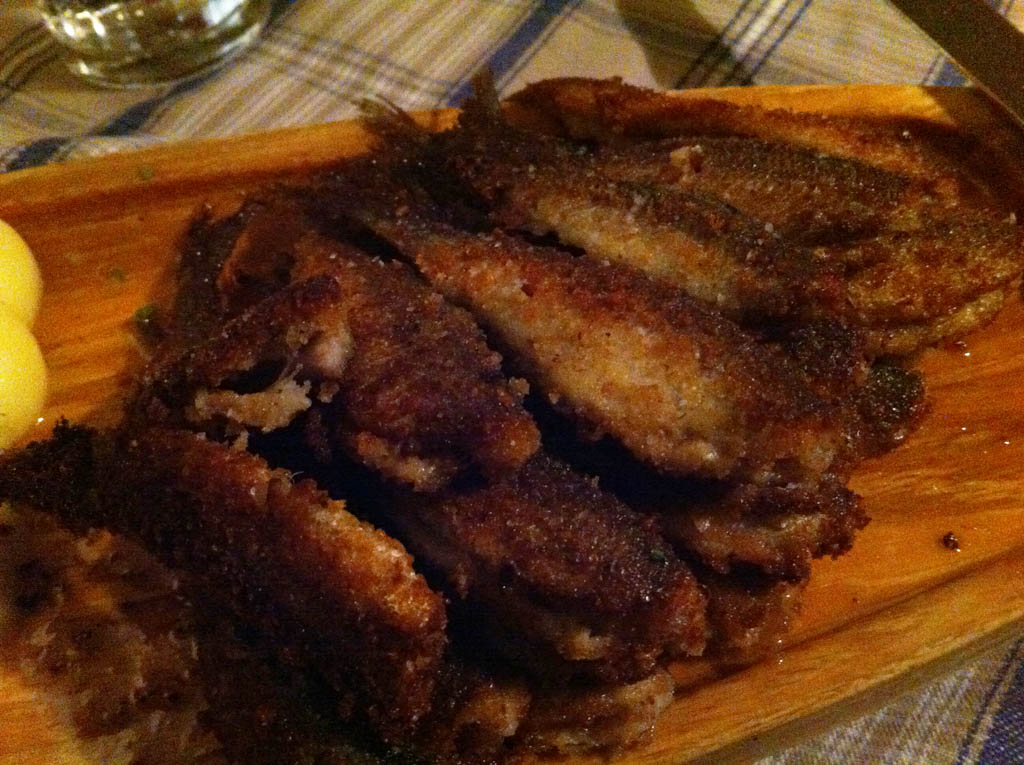 That was tasty as was the local beer that washed it down. Then it was on to the main. Vendace is a small whitefish found in lakes in Northern Europe. I had actually had a small sample at the market in Helsinki not long after I arrived, but this was a big plate full of the little guys. They were crumbed and deep fried and were nice and tasty. I needed the cucumber (and something) dressing to dilute the fried taste a bit, but I love eating a fish where you aren’t worried about bones… you just pop those suckers in whole. They were good, but by the end I think I had had my fill since it was a big pile.

With that and a glass of wine, I was super full so dessert wasn’t happening. Lauri gave me a going away present, a cool book on Finland, which was a lovely gesture. It has been a great experience to be working alongside other researchers internationally for such a long period of time. Hopefully it is not too long before I bump into them all again (cross your fingers, maybe at a conference next year!).

Now to head home. You may get a final update depending on my adventures in Hong Kong on the way home!