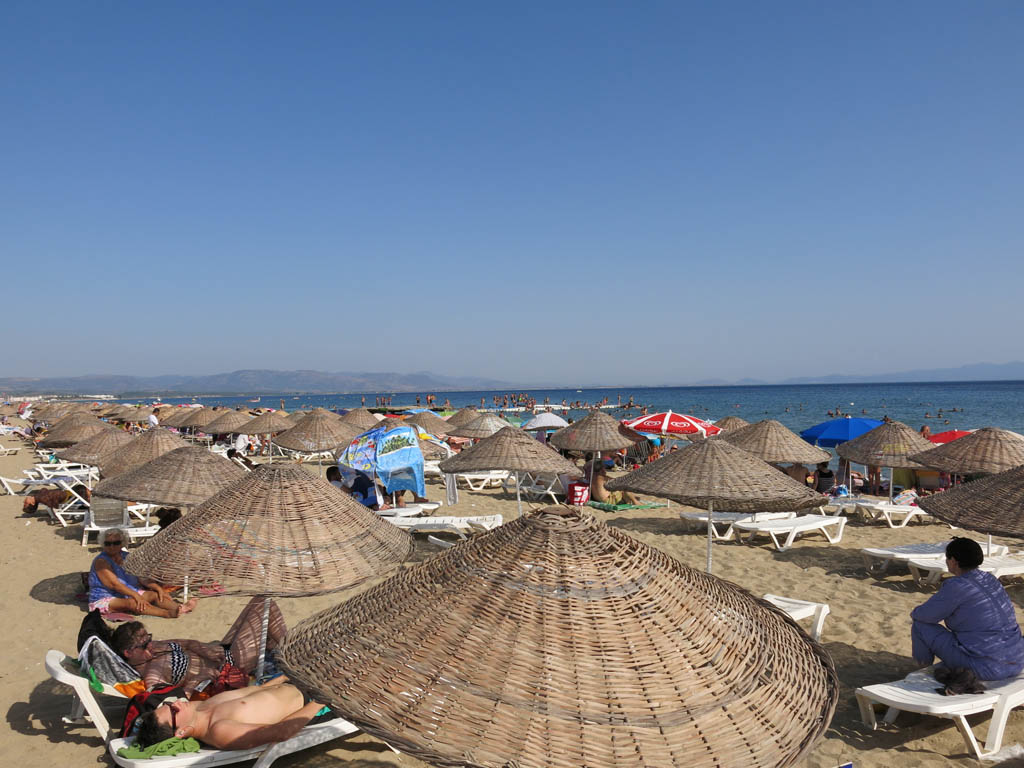 Hi everyone! A couple of smaller, quieter, posts for you all.

By this time we are on the home stretch of our trip around Turkey. Having just done the big historical sites, it is time to wind our way back toward Istanbul. Today was very much just a day of taking a step toward our final destinations of Troy, Gallipoli, and finally Istanbul. So all we really did today was spend a fe hours driving along the coast to the seaside town of Ayvalik.

Ayvalik is not really known for much, mostly just as a nice seaside village. So after a lazy start to the day, we arrived in mid afternoon at our nice little hotel, which was a converted family house. With small, share, bedrooms and communal areas, it was going to be the perfect place to just have a relaxing evening.

Rather than sit around, a bunch of us decided to head to the nearby beach. So we braved the public transport (reminiscent of some buses in Central America, where it is just “squeeze! squeeze!” to get on) and spent a sweaty 20 minutes on a crowded bus to arrive. 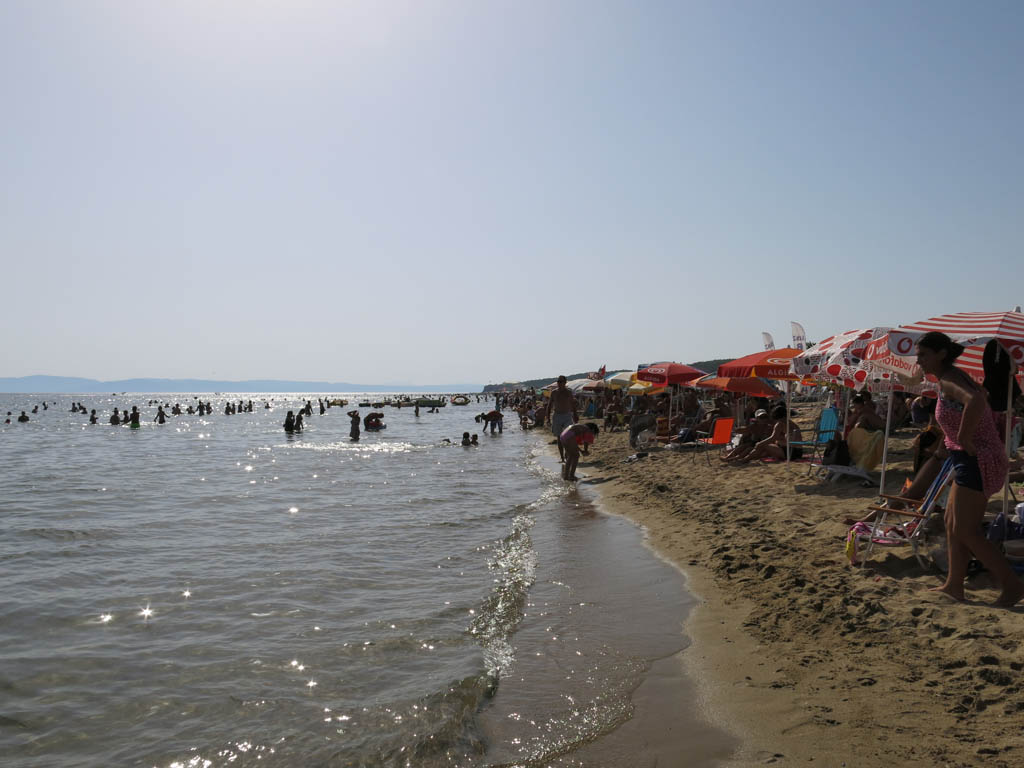 the not quite as nice beach

The beach was at Sarim Sakli, and I can’t say it was the greatest I have ever been to, especially with the spoils of the past few days. The beach area almost looks desert, with large expanses of dirty brown sand. The waterfront area was packed, and we secured some chairs and umbrellas and proceeded to hang out for the next couple of hours, swimming and relaxing. 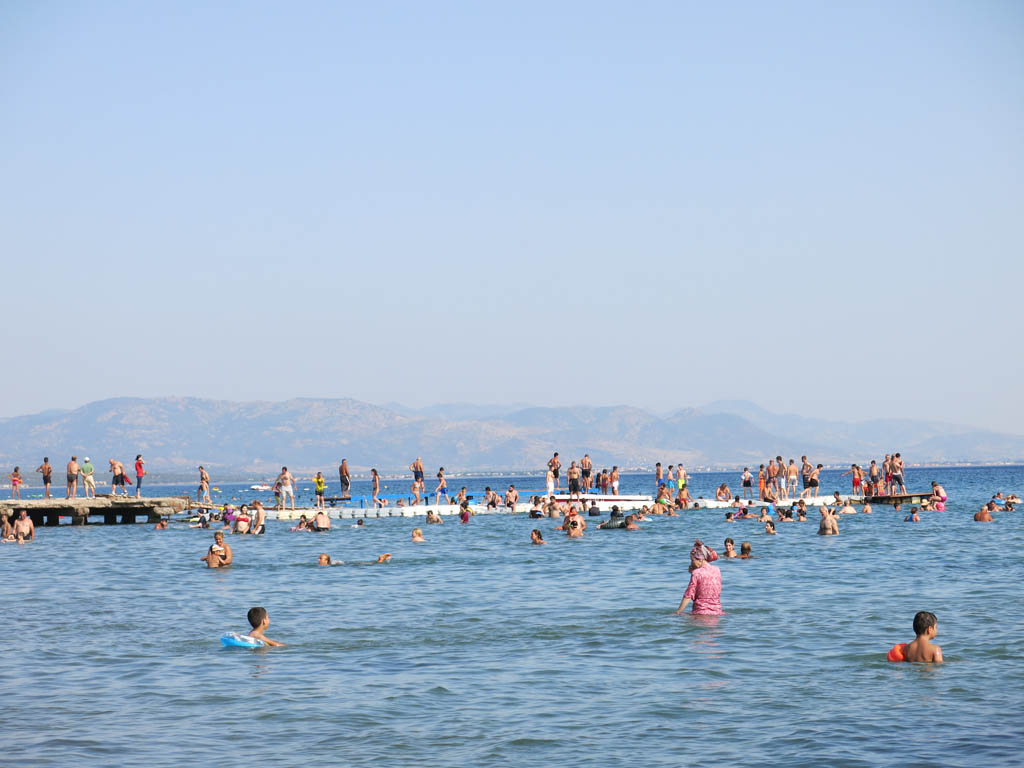 The water was much colder than I was used to from the previous days, and the colour certainly wasn’t what we had on the boat. But I was swimming in a foreign country, so who was I to complain?

When we were done, we all headed back into town to visit the Farmers Markets to get some food for our dinner spread. Rather than head out to a restaurant, since we had our own kitchen we decided to go with bread, cheese, mezzes, baclava, wine, beer… all the essentials.

We had an awesome array of food and the rest of the night was spent nice and relaxed… eating and drinking into the night.