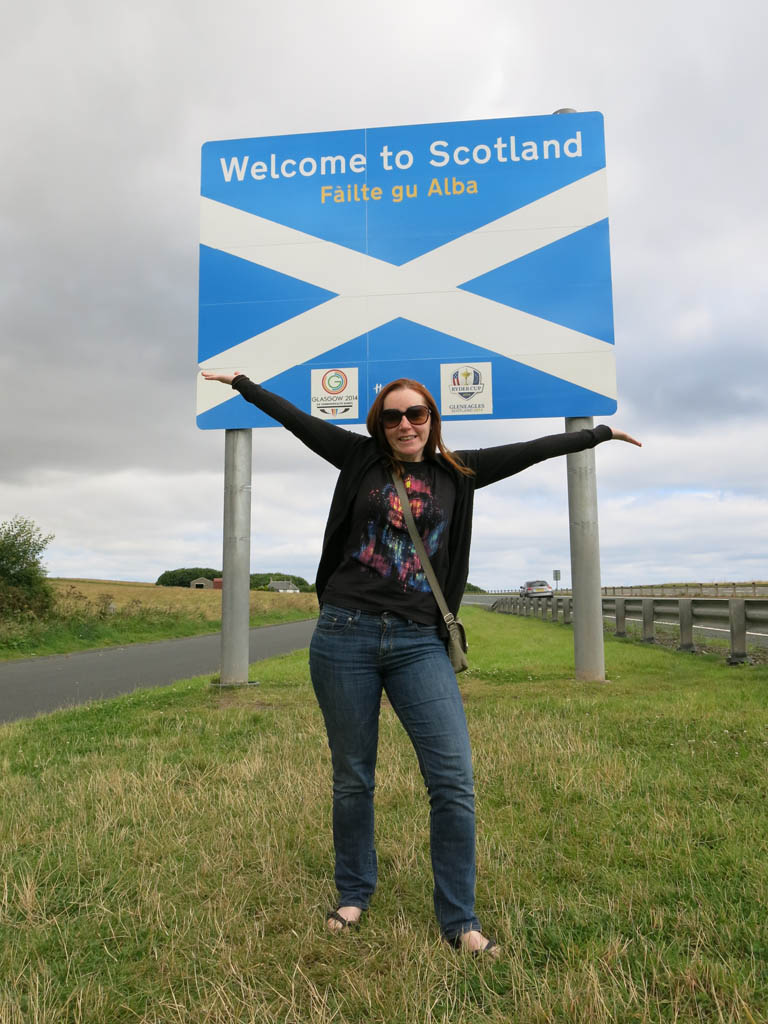 And like that we were in Scotland! We left Bamburgh late morning, and rather than do anything on the way, decided to head straight to Edinburgh. Fringe awaited! So we burned along the A1, making good time. But of course we stopped at the border for the obligatory we’re crossing the border” photo opportunity. 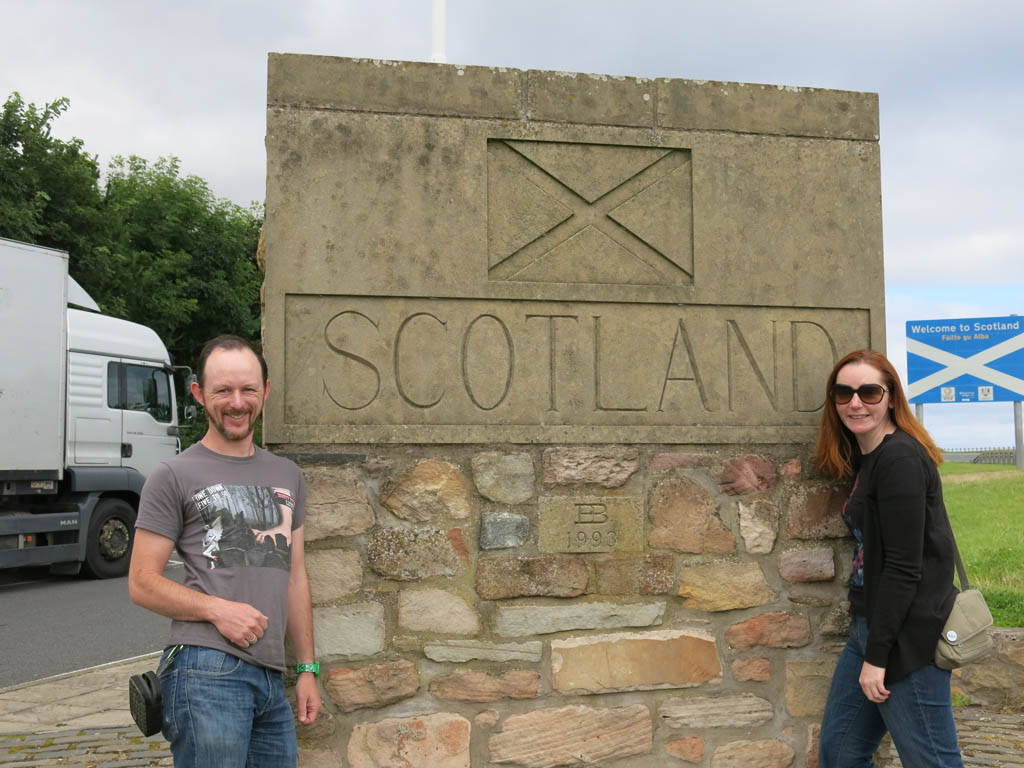 good times ahead in scotland

It was bit exciting, as I had not visited Edinburgh in about 15 years. Combined with the Fringe Festival, and it was good times ahead for the next few days. We dropped our car off, and then headed straight for our digs just quick enough to drop our gear off and get out into it. 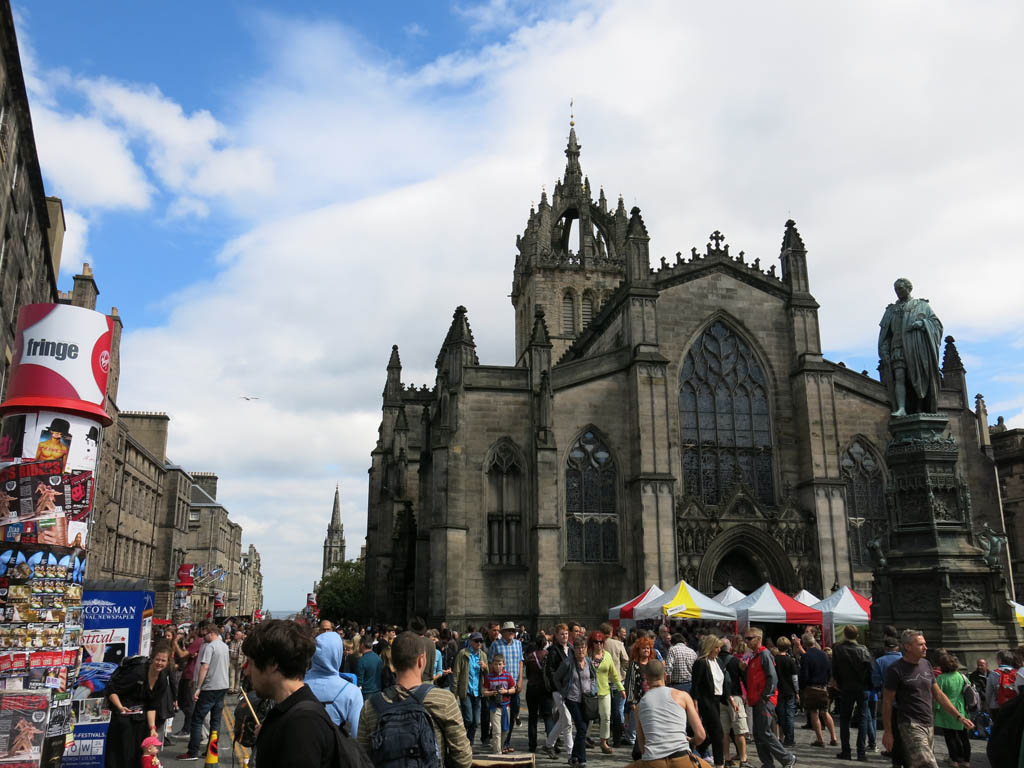 fringe central at the royal mile

When we got in to town we headed straight for the Royal Mile, home of the Fringe in a way. And man, was it crazy! People everywhere, performers everywhere, and we were not able to walk an inch without being given a dozen flyers. With 400 pages of Fringe guide, it is not surprising people have to do all kins of things to get you in the door! 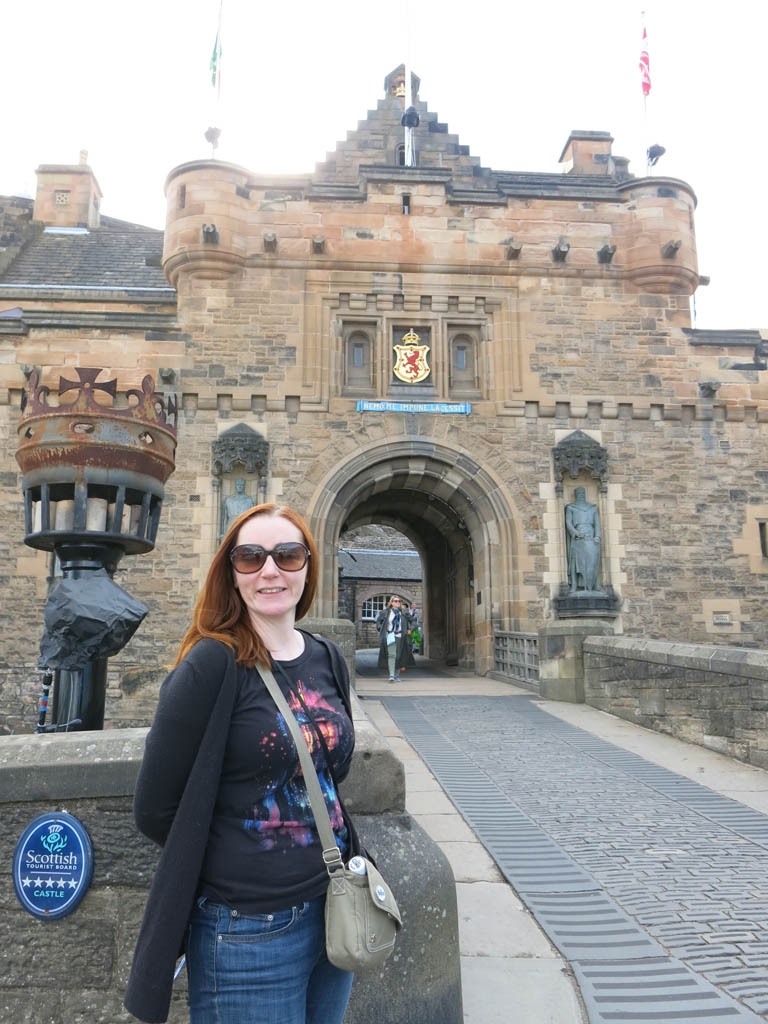 Being a bit overwhelmed with choice, we decided to gather some info about things but then head to the Edinburgh Castle for a couple of hours to settle in to town. It was nice wandering the small city that lived within the castle. The views over the city are magic from up there too. 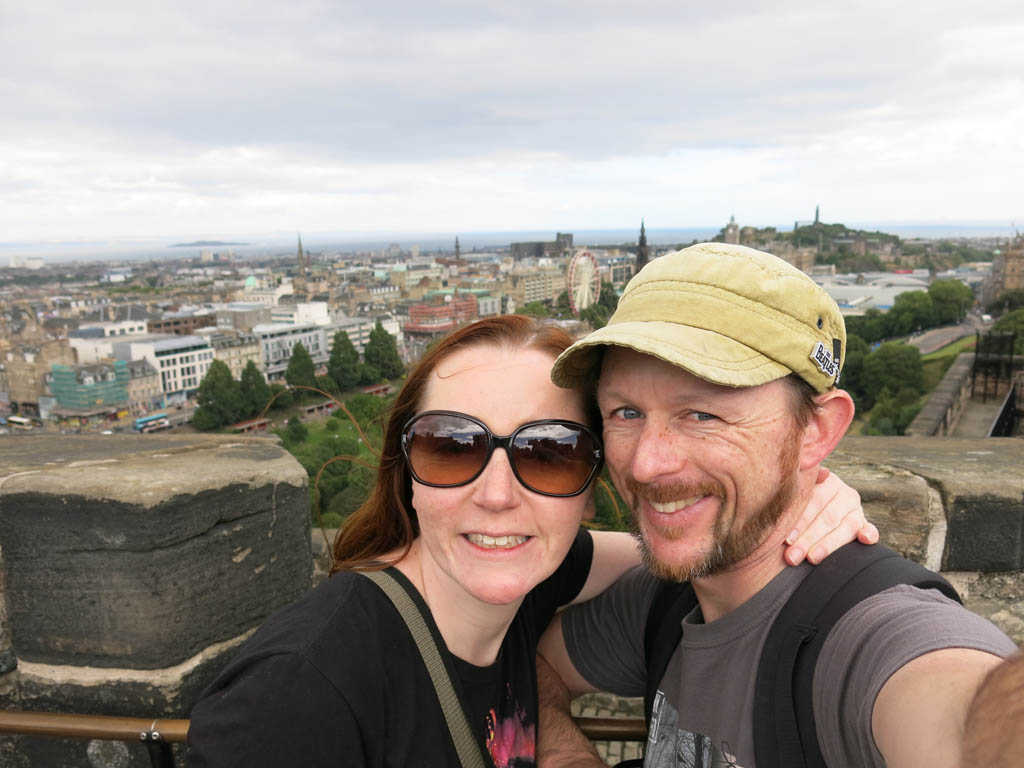 up above the city 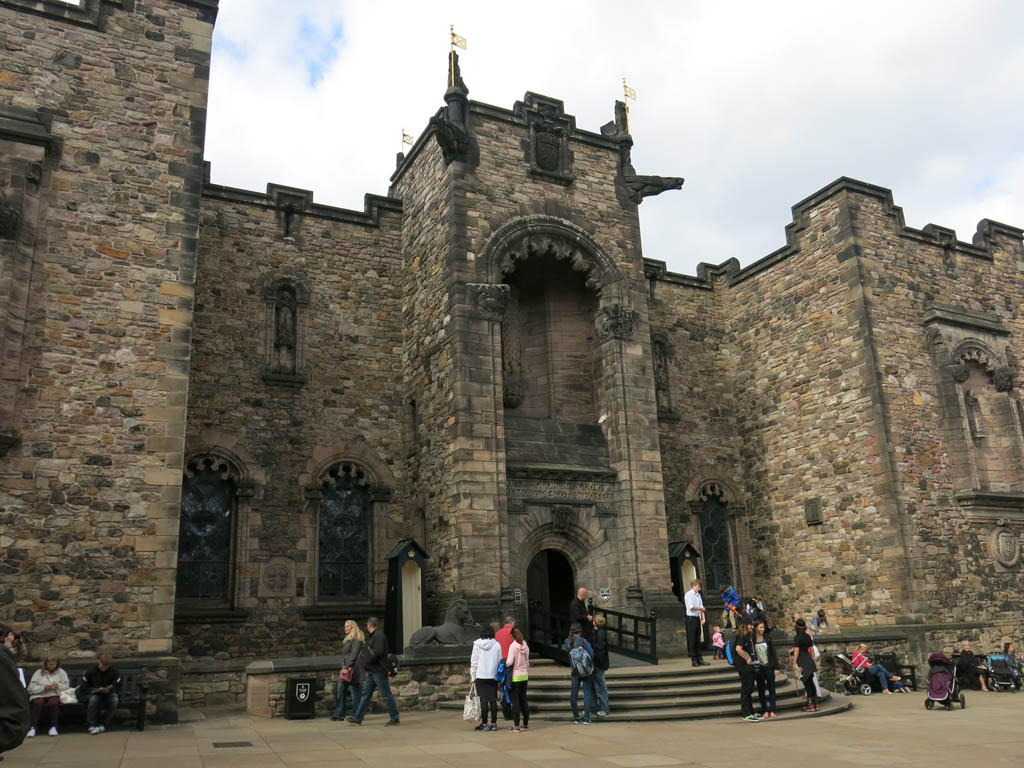 We made a point to pop into the war memorial, given the significance of the day (100 years since the start of WW1), although it seemed it was being taken over by BBC folk for something. 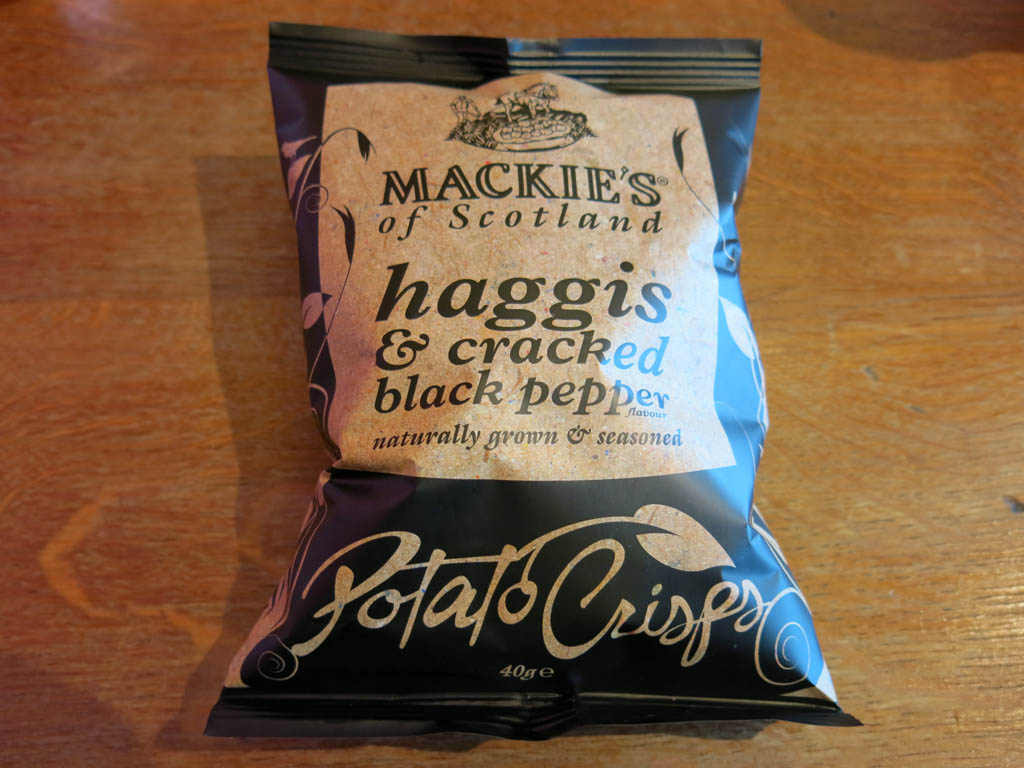 We stopped for a quick snack break, and what did I find? Haggis crisps! Of course I ate them. 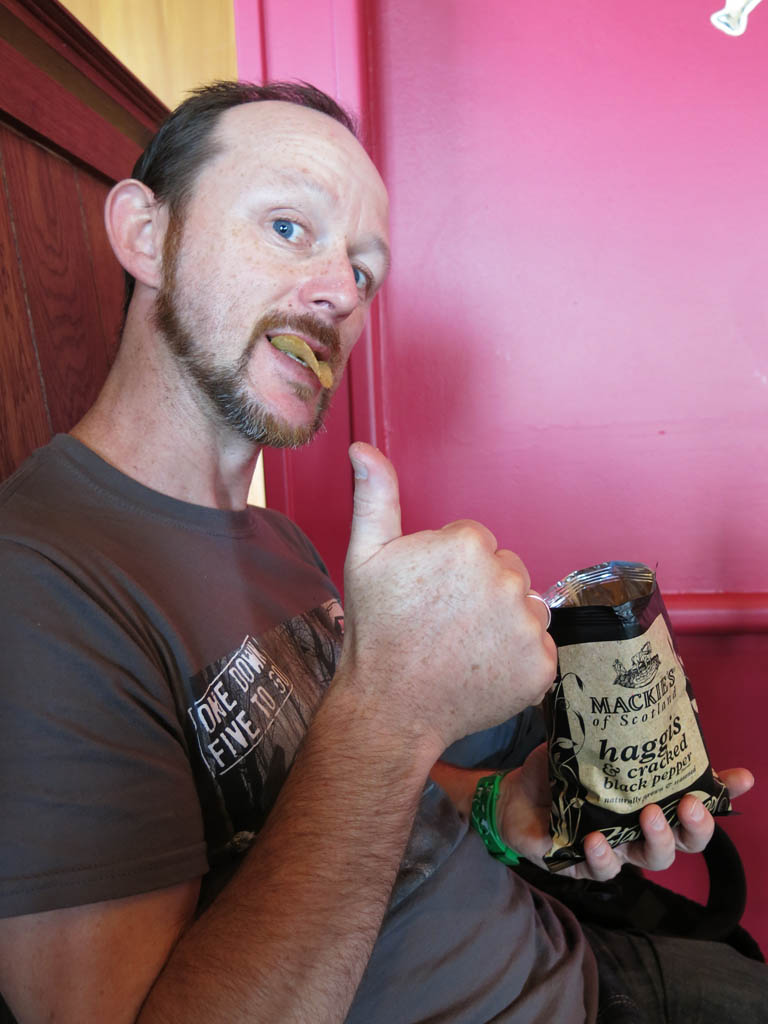 They got a thumbs up. They were pretty tasty without being very distinctive. Before my trip to Edinburgh is out there will be some real haggis for sure. 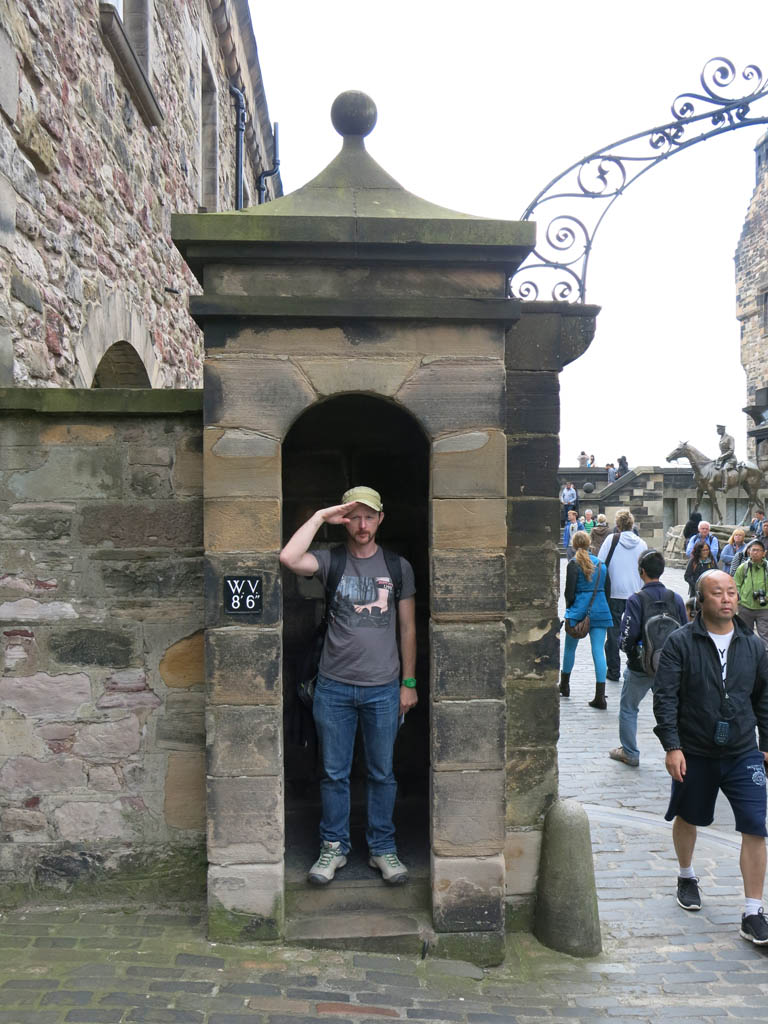 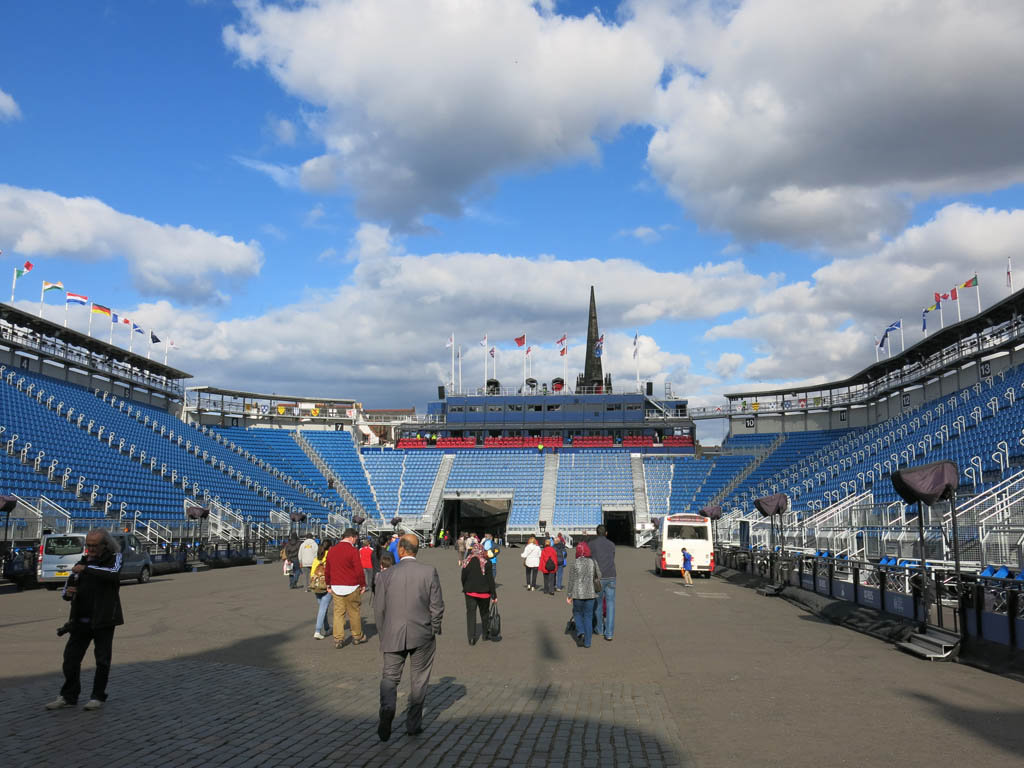 In no time at all a few hours had passed, and we decided to get some food before comedy action. I did have time for some more cheesy photos though. As we left, the castle was also getting all prepared for the nights Military Tattoo (a post for a couple of days time). 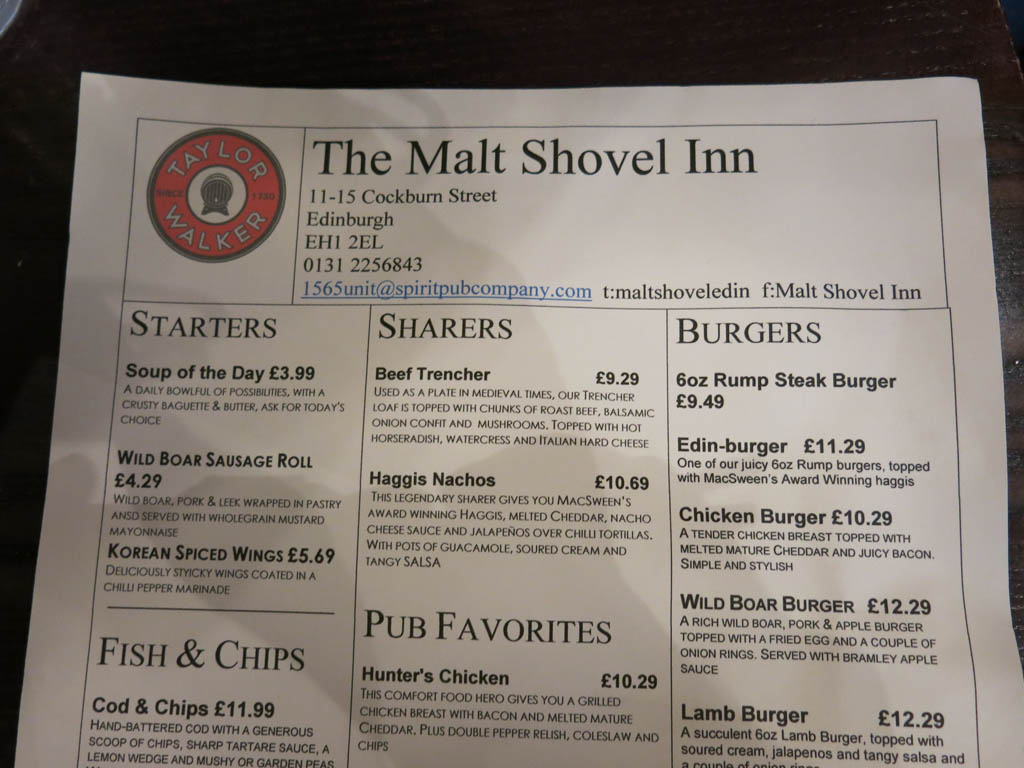 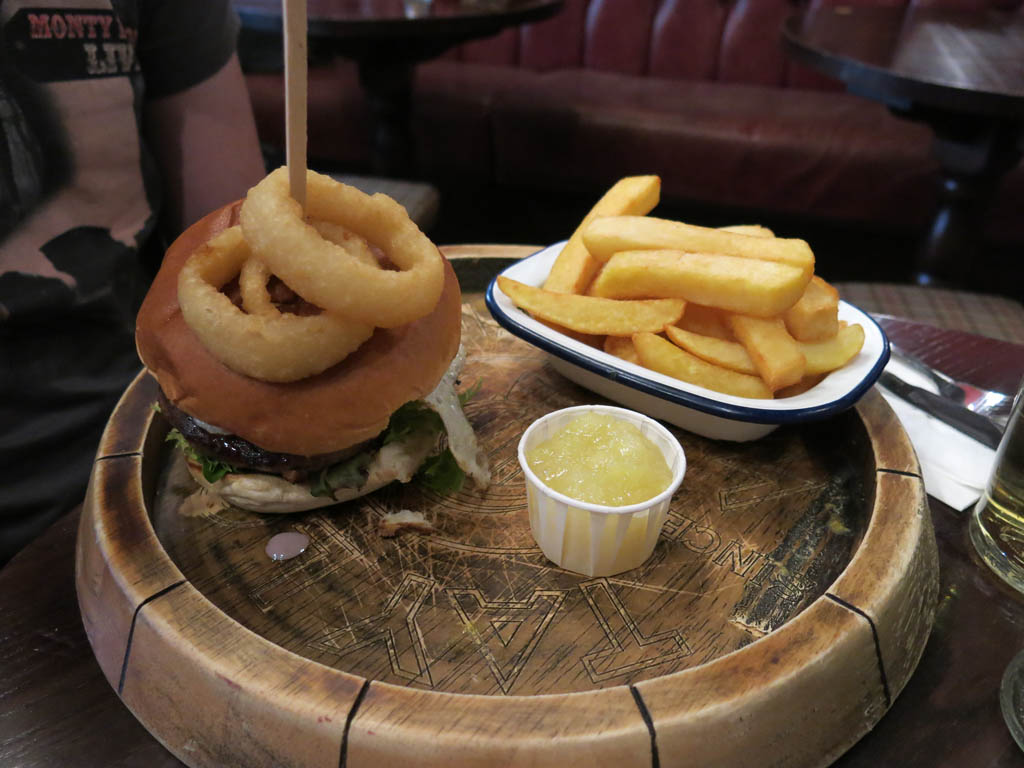 We passed a pub which looked to be fine for dinner. There was an Edin-Burger on the menu with Haggis, so how could I not eat that! But sadly, they were out of haggis so I had to go with the wild boar burger. And how was it? It was not bad. A weird piggy-beefy taste to it. But tasty. 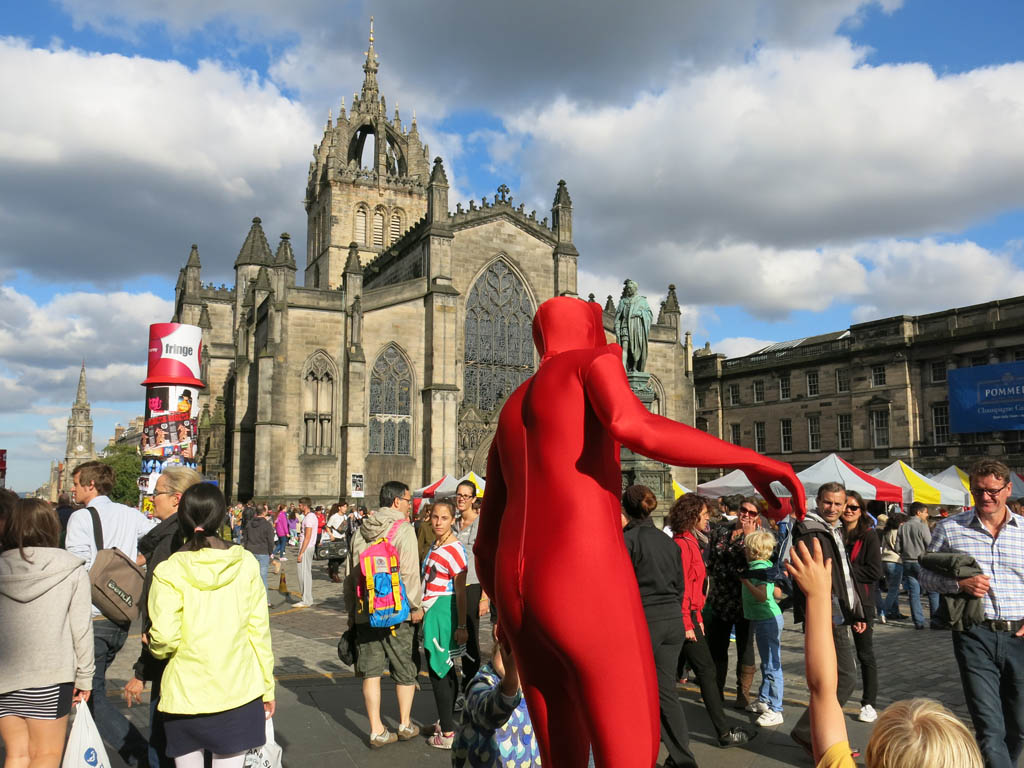 something happening everywhere you look

We had one show planned for the night already which we did online the night before. Knowing we would be lobbing into town with not much time to scout out the shows, we decided to go with one of my favourites from back home, Celia Pacquola, having missed her Melbourne show earlier in the year. We figured we would go with a familiar to start and then see where things took us for the rest of the festival. So it was to the Gilded Balloon for the show.

Celia was great as always. This show might have been her best, and it was a great one to start our Fringe with. Some nice little shout outs to some of us Australians, who she identified through a particular joke of hers. Seems us Aussies are hard to escape.

It was only a bit after 9, and the Gilded Balloon was a hotbed of comedy. So on the advice of a random leaflet handed to us as we arrived, we decided to check out another comedian, Tiff Stevenson. She is apparently a little bit known here, but we had no idea. In the end her show was a mixed bag. Some things were great, many others fell pretty flat. But given the show cost us 5 quid, who can complain? Fringe was already delivering some awesome.