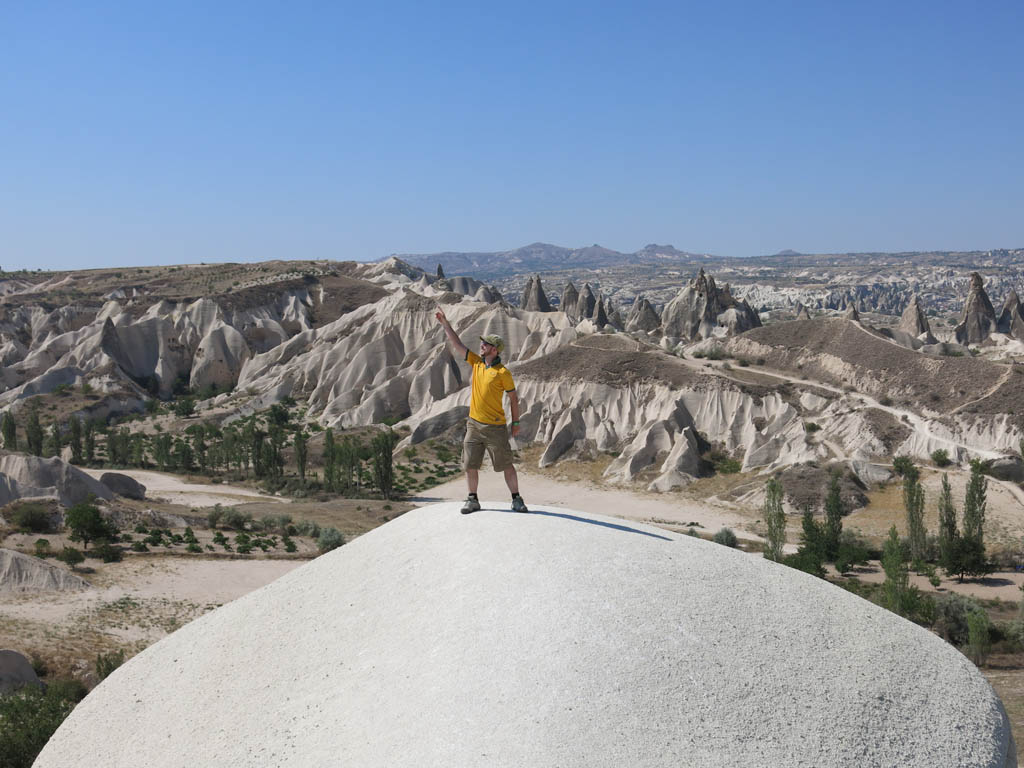 no king of the world joke sorry

One of the great things about this tour was that we had a few days to enjoy Cappadocia, rather than only be here for a day or so. So we had another full day to soak up the amazing landscape. And what better way to do that than hike through some of the valleys? 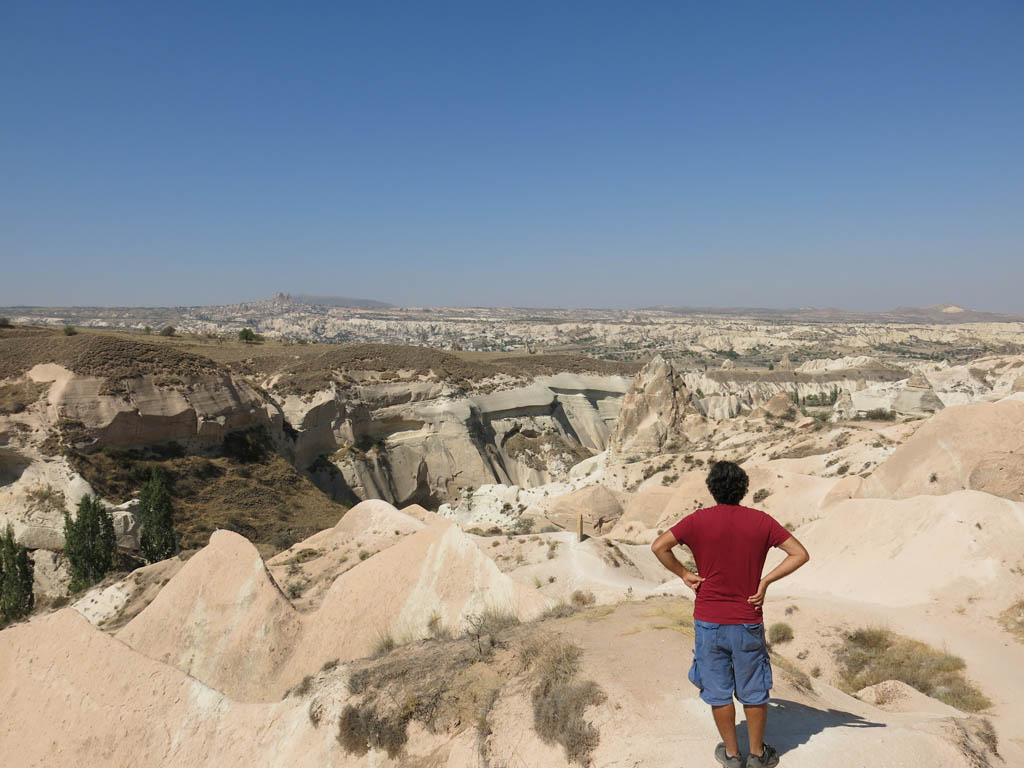 staring out over the valley

Sadly, Kate wasn’t feeling the best, so while she got some much needed rest, I went out with the rest of the group to hike for a few hours through the Red Valley. We started out on top of a big ridge, and made our way down into the valley. As we walked we would get awesome views at every point and the urge to stop and take photos was high. It had a similar feel to the Grand Canyon in a way and a few people remarked this as we hiked. 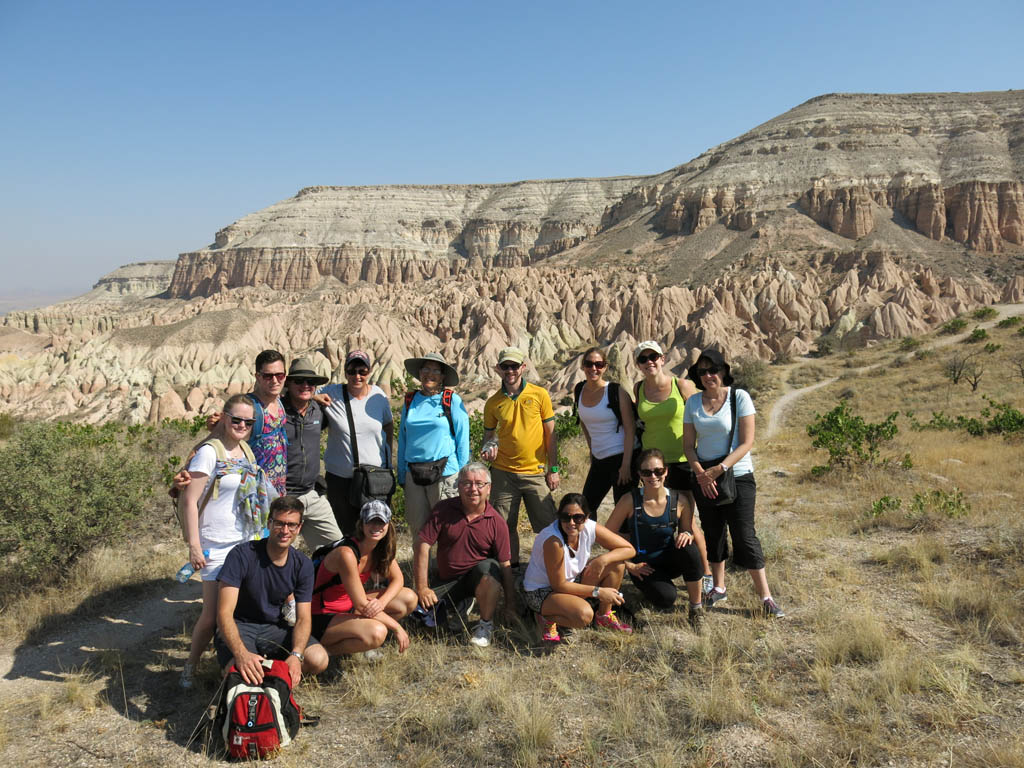 We stopped for a breather and a group photo of the group. By this point we were all still full of energy, but for some that disappeared as we made our way up the other side of the valley. 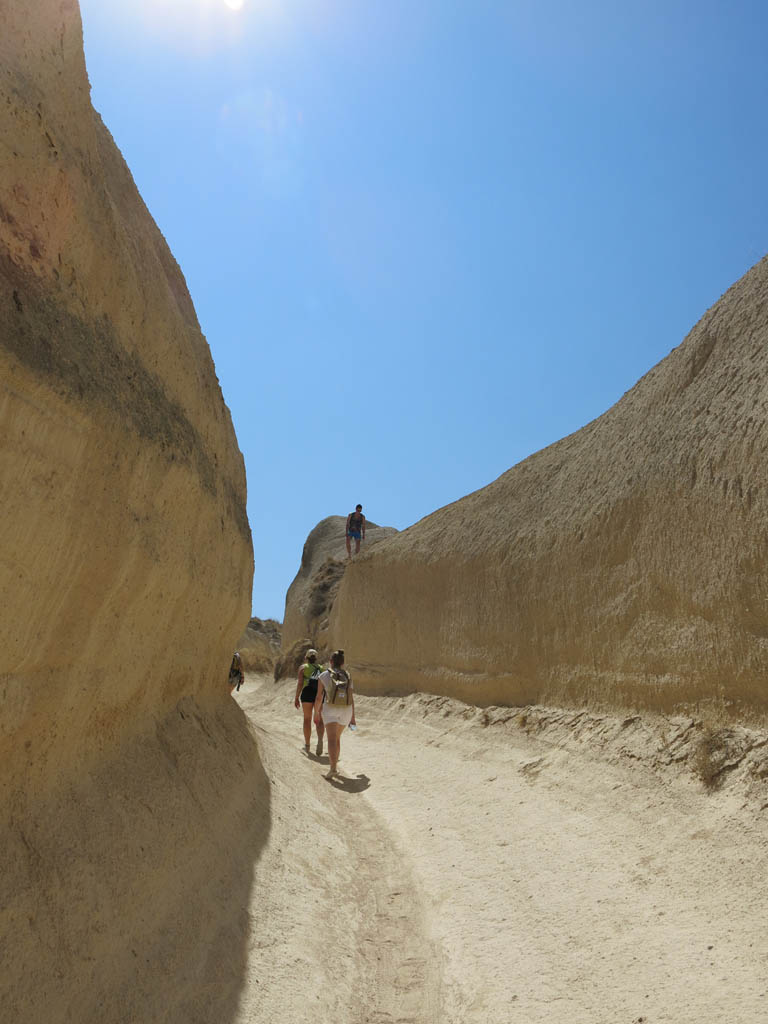 getting close to the end

By this point too it was starting to get pretty warm. 1.5lt of water disappeared with ease as the sun beat down. But it was still incredible to be wandering through such an amazing place. 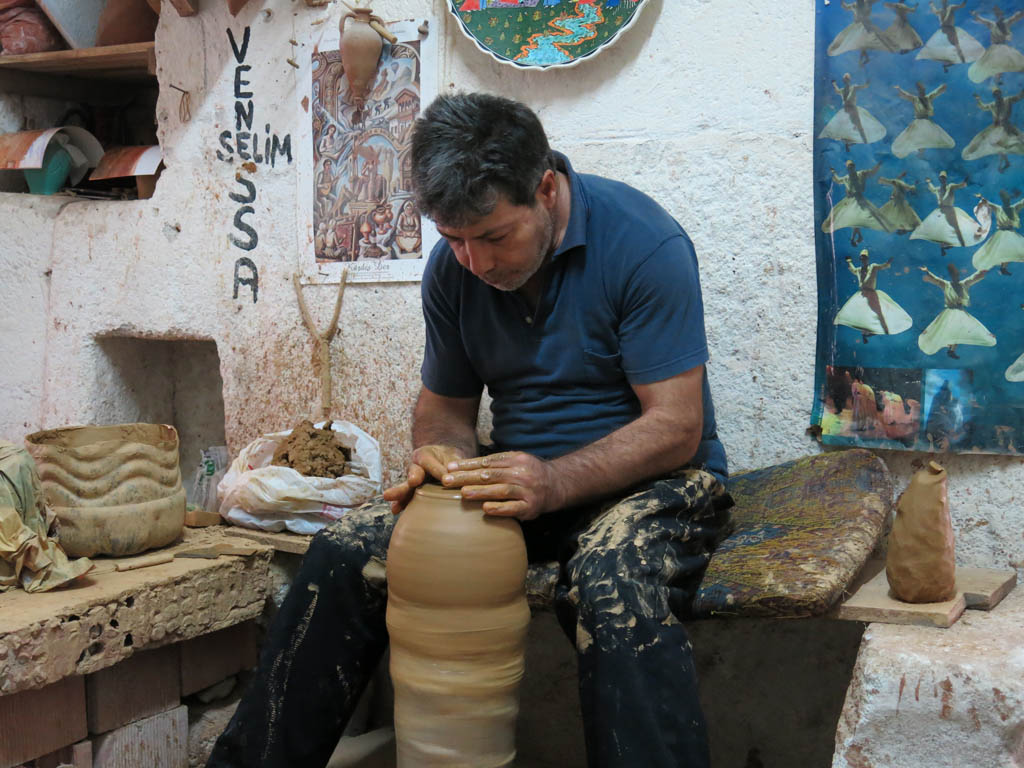 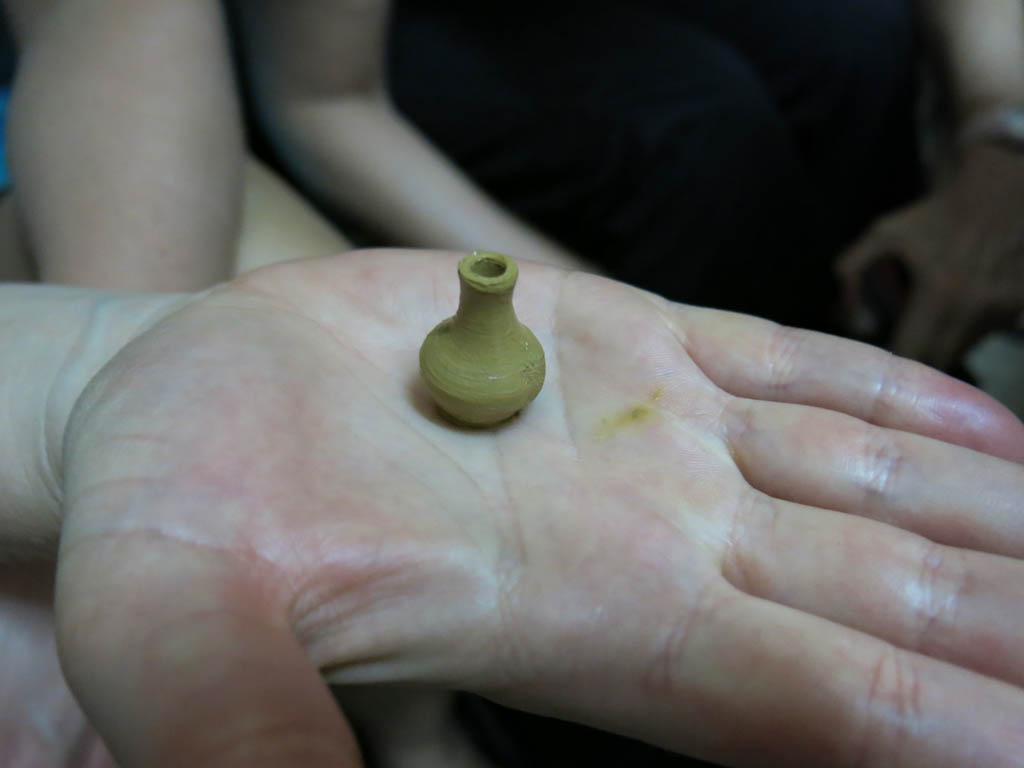 We finished up about lunchtime and took a quick freshen up break at the hotel, grabbed Kate, and it was off to another of the local artisans, this time a pottery master. The local area was great for clay and in the area remained a small number of pottery masters. Our host gave us a demo of some pottery making, but the best bit was getting some of our crew up to make some masterpieces. Kate was up for the challenge! 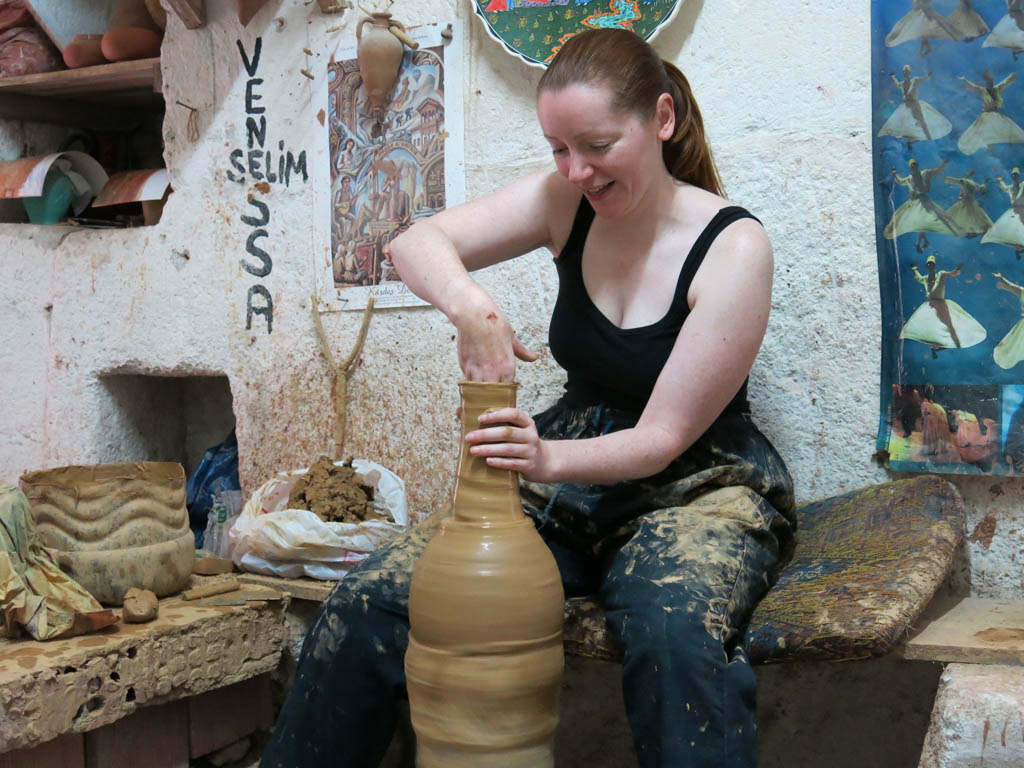 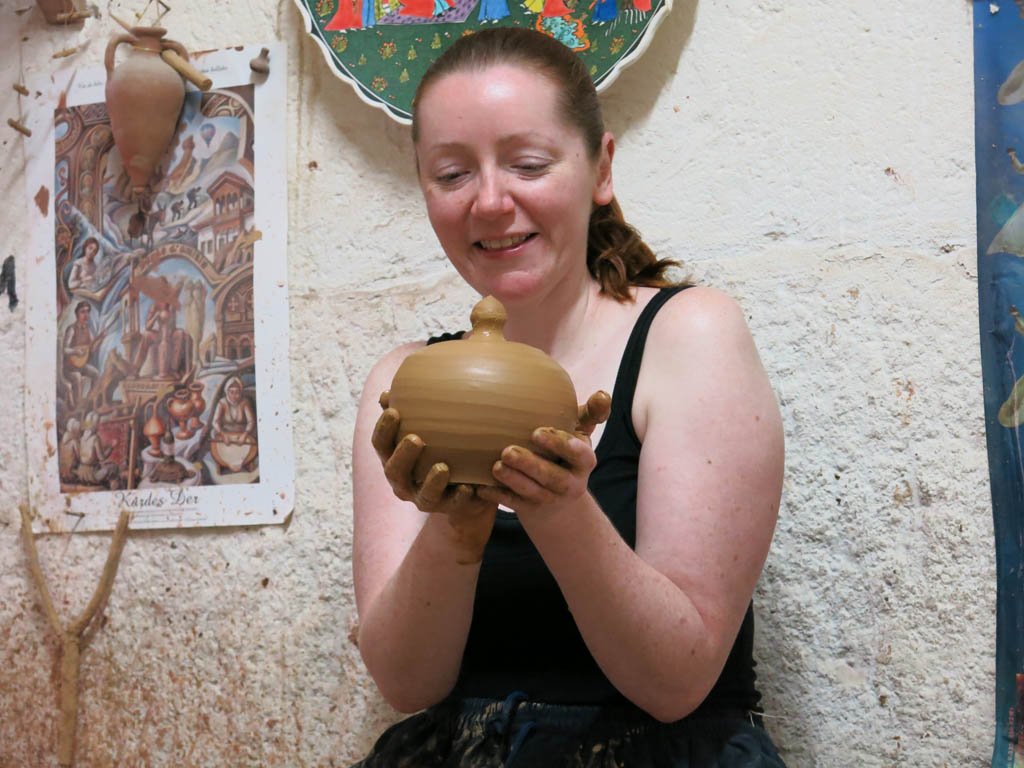 She did the crew proud, crafting up a magnificent sugar bowl with a lid that fit perfectly. She certainly showed that maybe there is a little bit of pottery mastery in there! Unfortunately we wouldn’t be able to get it fired and take it home, but that was cool. 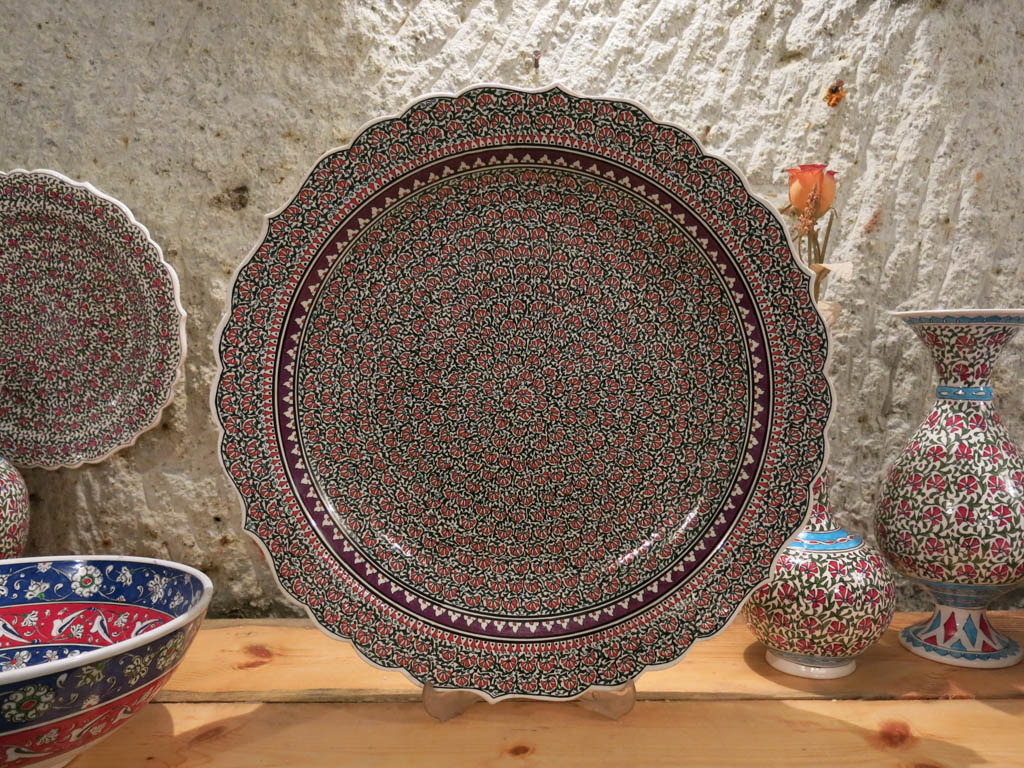 one of the amazing works

We got to check out his wares and pick up some pressies before we left. It’s always cool to support some of the locals rather than all the generic tourist shops you see everywhere. 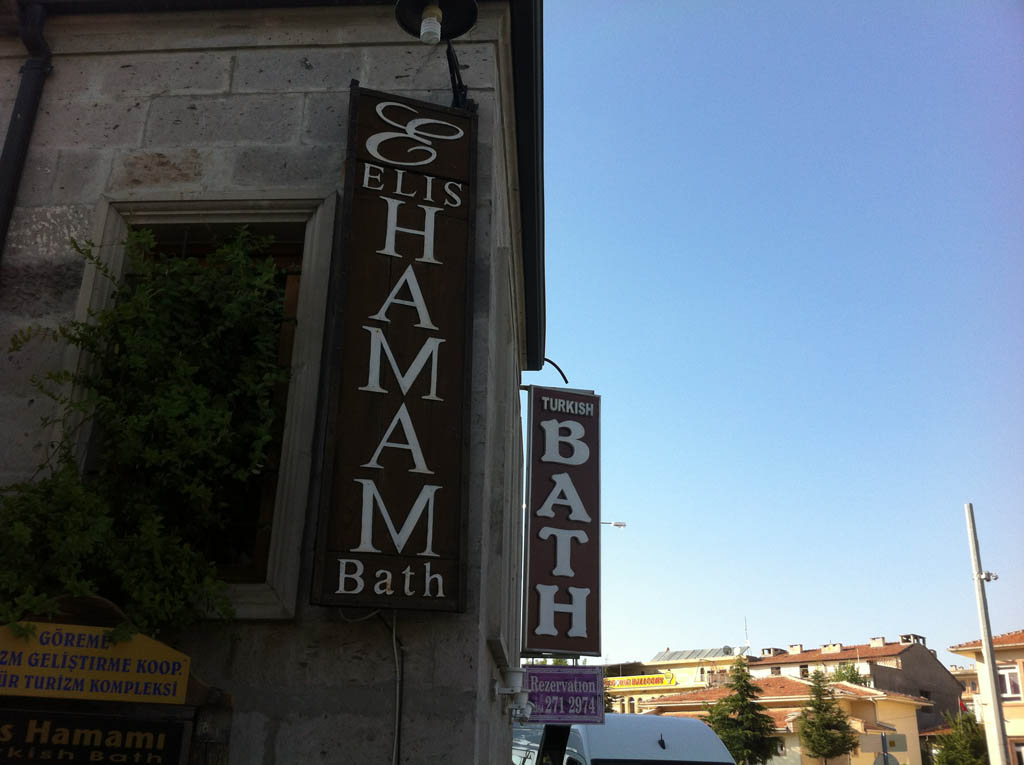 getting to meet the locals

By this time, we were all after a bit of a breather, and what better way to do this than visit a Turkish Bath? The group seemed firmly split into two camps. The first was “you have to do what?!” and those that were “scrub down and massage? oh yeah!”. I was in the latter camp for sure. So off we went to a local Hamam for an authentic Turkish Bath experience.

Like a Japanese Onsen, it is a bit daunting at first. Not so much stripping down, but the formalities that go with it. There is a definite procedure to it that you need to follow to make sure you don’t upset the locals. First of all it was choosing your options. I elected to go for the traditional Turkish Bath plus a half hour massage. With that decided, it was off to the change rooms to strip right off except for the modest towel, and into the sauna. I love a good sauna and after 15 minutes was feeling great.

With that it is then off to the part most people have heard about… getting on a warm stone and having a dude wash and scrub you down plus a bubble massage. This is what turns most tourists off when they hear it, but it was fine by me. After a long hike and lots of bus travel and lugging backpacks around, it was just what I needed. I felt awesome afterward.

Once that ritual was done it was into the jacuzzi to relax for a while, and then out to chill out and drink some tea. After relaxing for a bit it was time for my massage. While it was a “Swedish” massage, it had a Turkish flavour in the olive oil was used throughout. I am pretty sure he knew my shoulders were cactus when he spent so much time trying to work the knots out. But man it was good.

I wandered out feeling a million bucks, as did Kate shortly afterward. We then just relaxed some more in a nice outdoor coffee house (Coffedocia… ha ha, I see what they did there) before we had our group dinner. 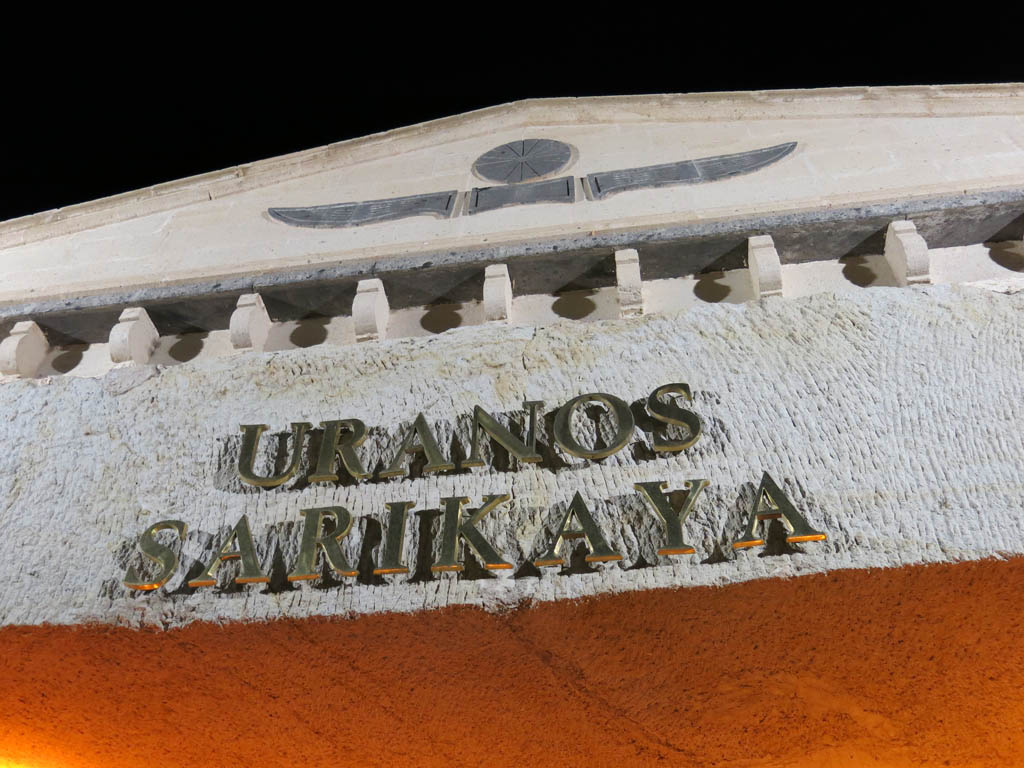 getting ready for touristy turkish celebrations

Now this was the fanciest of the lot during our trip, and a lot more touristy than anything else. But what we were off to was an all you can eat and drink with show evening. The show was to be traditional dancing and ceremony, while we ate and drank copious amounts. I started with some Rake, a traditional spirit that is much like Ouzo. It was OK, but not my preferred spirit of choice. I also indulged in some local red wine, which again was OK without being spectacular. 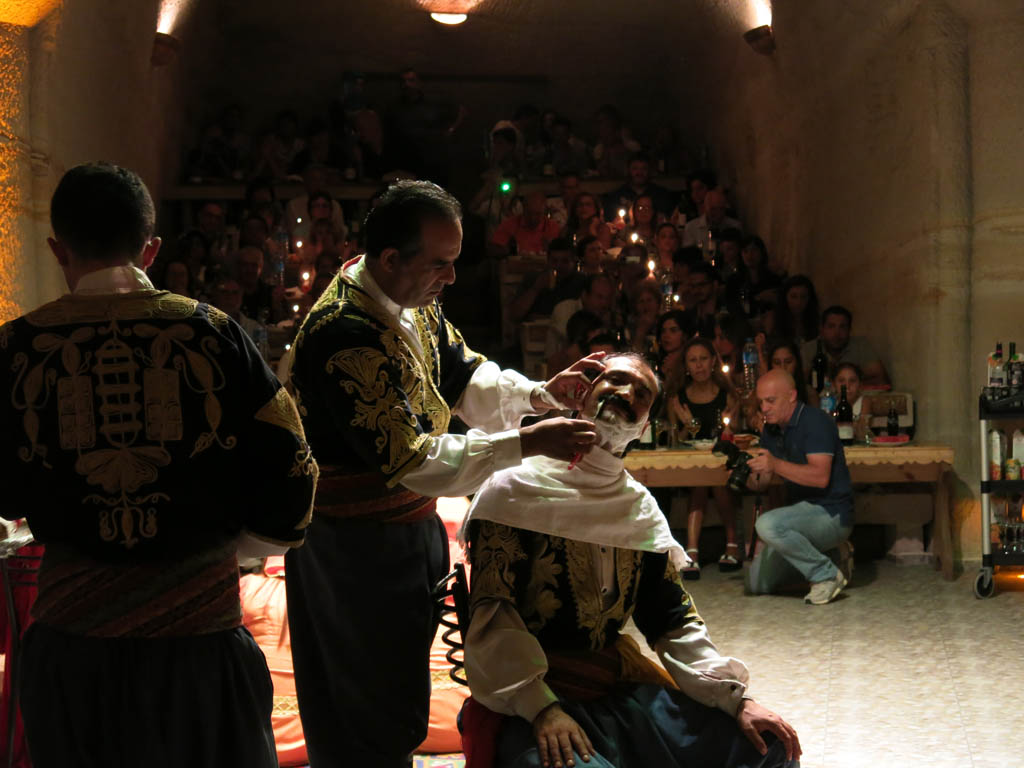 not really sure what is going on

The show was probably what you would expect from a tourist venue. A very long mock wedding ceremony took place that involved lots of dancing, some beard shaving, ad even more dancing. It was fun and our whole group got in the spirit. 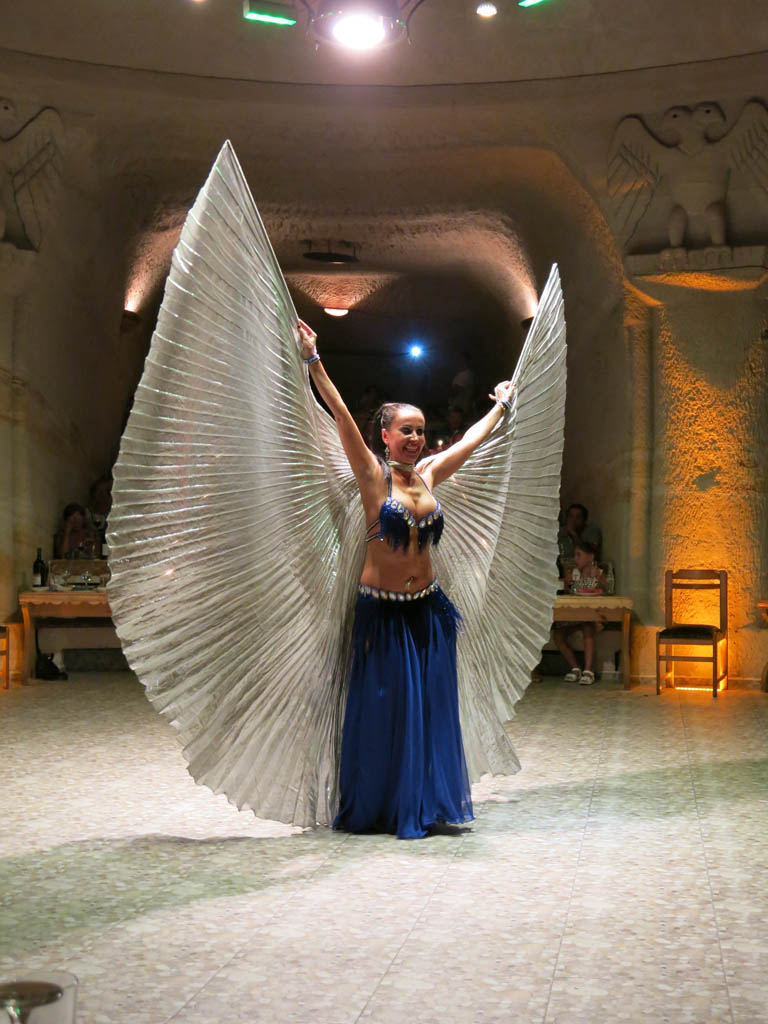 suddenly the guys were all paying attention

The lads especially seemed to love the belly dancer, while some of the ladies just rolled their eyes a little 🙂

A few hours disappeared quickly, and in the end it was just our group that was left dancing into the night. Kate and I called it quits at midnight and left some of the others to drink to the early hours. I figured I had done enough for the day.