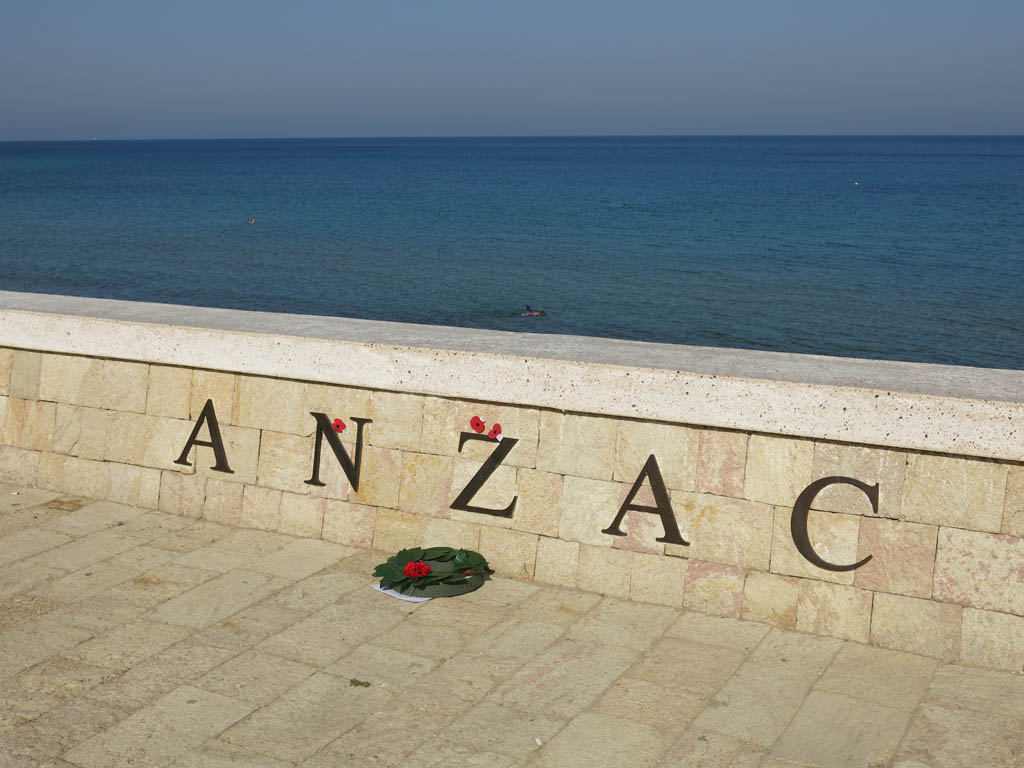 Today was pretty much our last day of the tour. While we technically would all be finishing up tomorrow, the reality is that some of would be staying on, some would be heading out on another connecting tour, and others would be flying home. So today was the last day really being spent with each other.

It was fitting that the last day us Aussies would be spending together would be a visit to Gallipoli. We started the day in Canakkale, leaving the hotel nice and early so we could catch a ferry across to the other side of the water (technically back into Europe) and have the short drive to the Gallipoli peninsula. I wasn’t sure what to expect, since it is an important site for both the ANZACs and the Turks who were fighting each other. 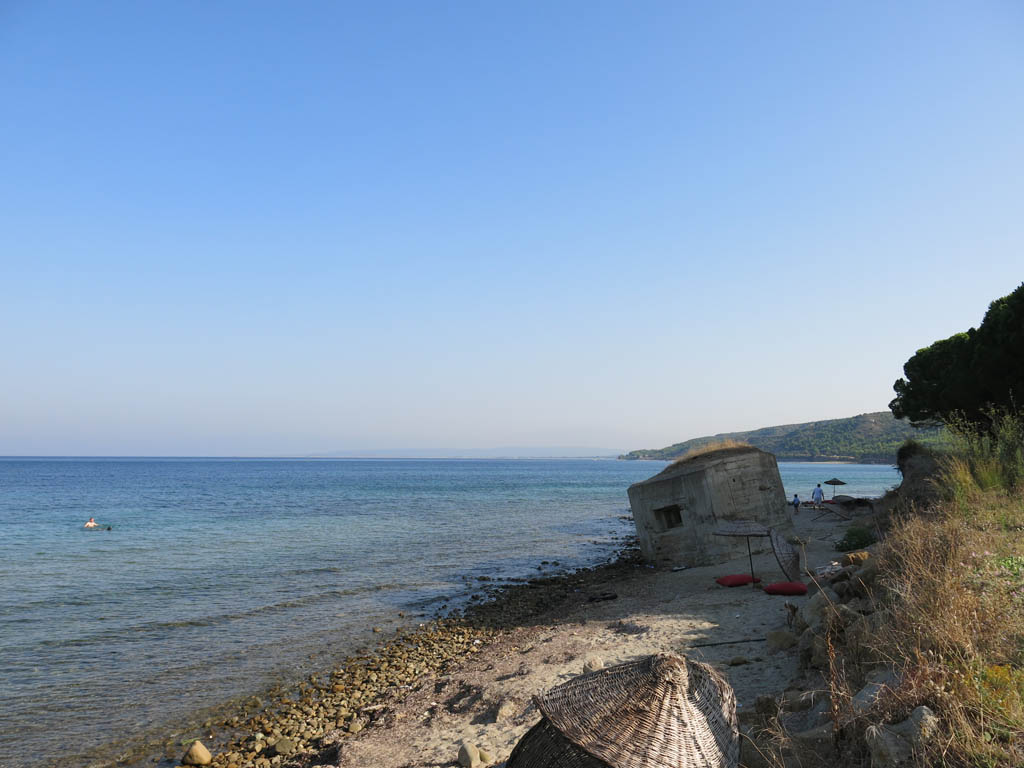 We first arrived at the peninsula, and Ibo gave us another history lesson, this time much of which was know to many of us. We first saw the beach where the allied troops were supposed to land (a much more hospitable piece of land), before making our way up to ANZAC Cove, the site of the actual beach landing. 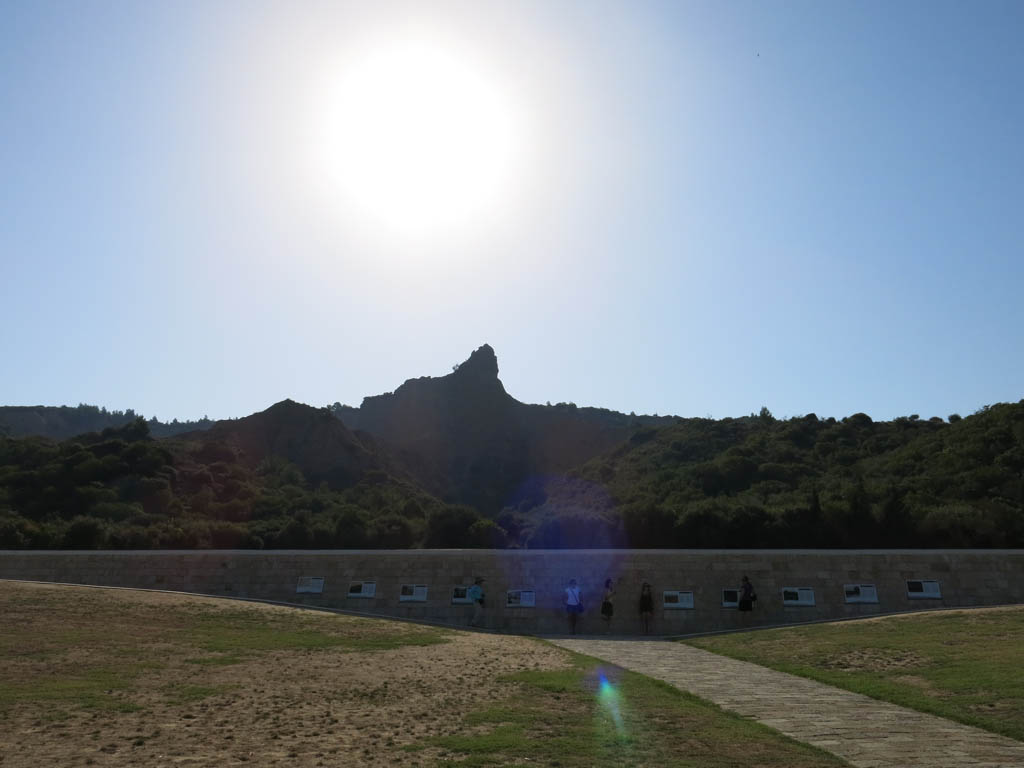 ANZAC Cove is exactly the opposite of the first beach… an unpleasant, steep climb up the side of rocky and tree-lined terrain. It is no wonder it was a bit of a doomed mission. 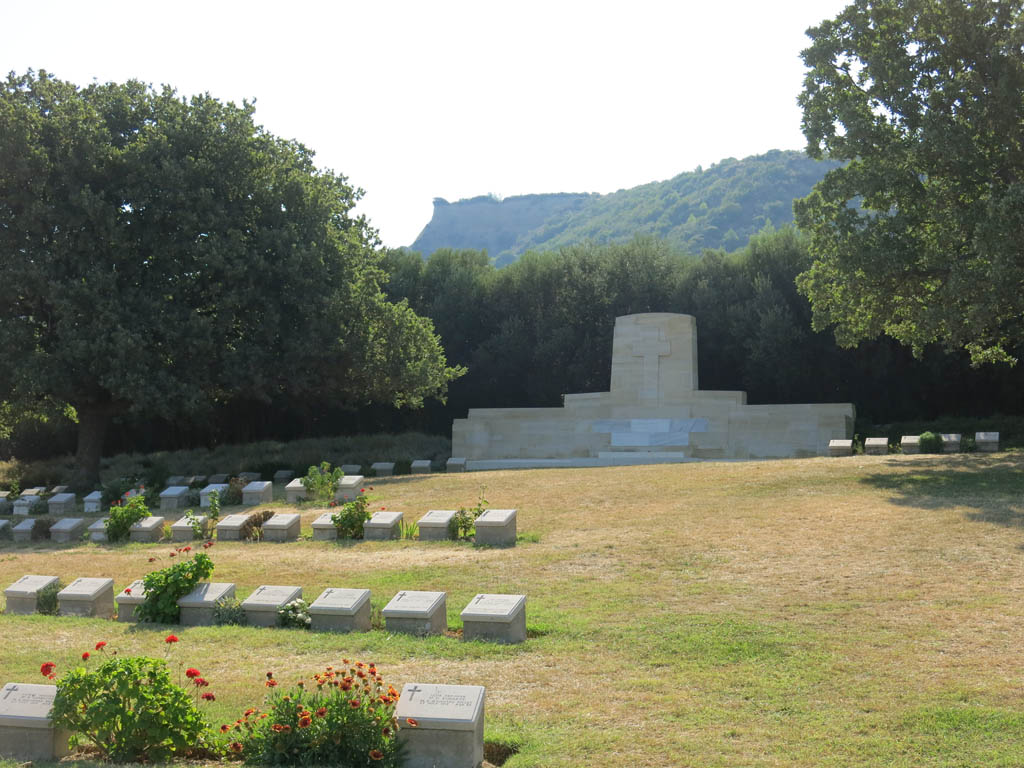 the first of many cemeteries

There are a number of memorials around the area, with about 5 or 6 cemeteries dedicated to the allied troops (predominantly ANZACs). The range from quite small, up to the main one at Lone Pine. 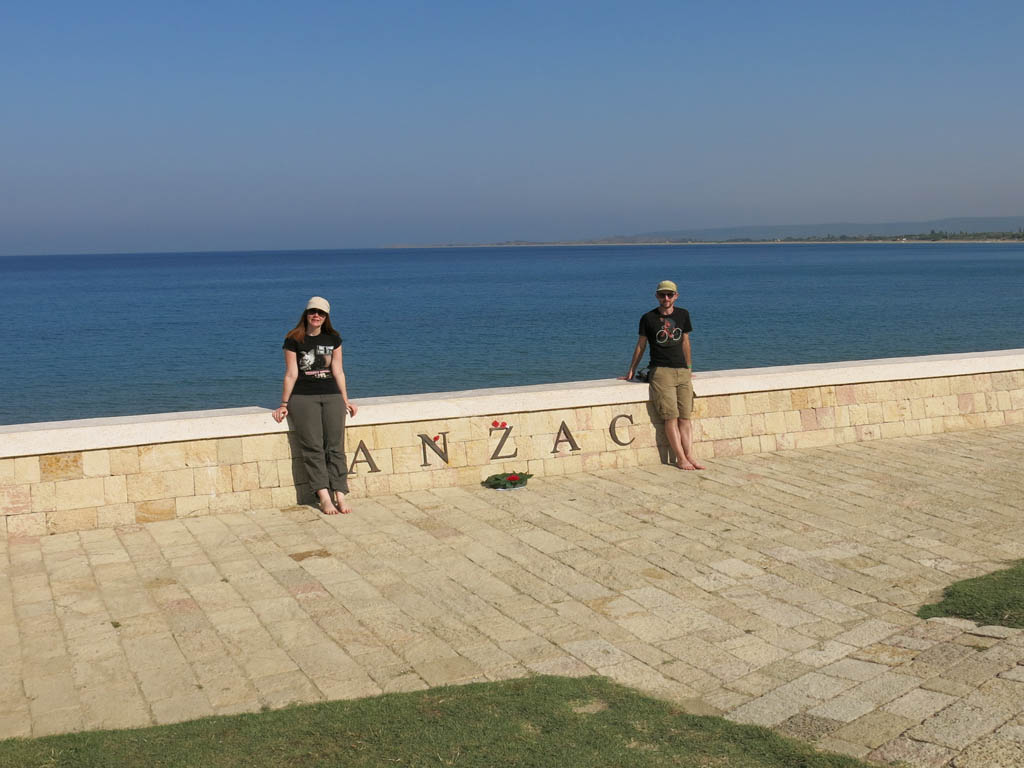 ANZAC Cove is the site of the ANZAC Day service here and has the serenity you would expect. All you hear is the water in the background, and you see a simple memorial recognising the site. It is touching and a but surreal all at once. 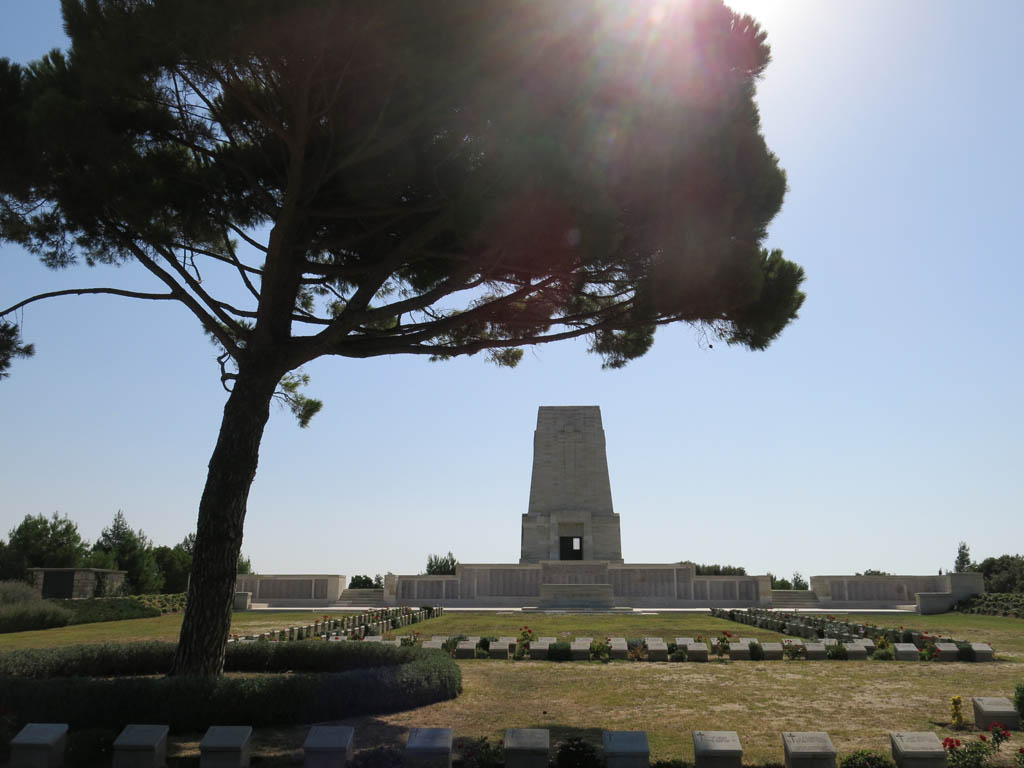 The Lone Pine cemetery is the largest to the ANZACs on the peninsula. A single tree surrounded by graves and a memorial marks the site. A few hundred ANZACs who lost their lives are buried. Even though the memorial is the largest of the ANZAC sites, it is still very modest, and a fitting tribute. 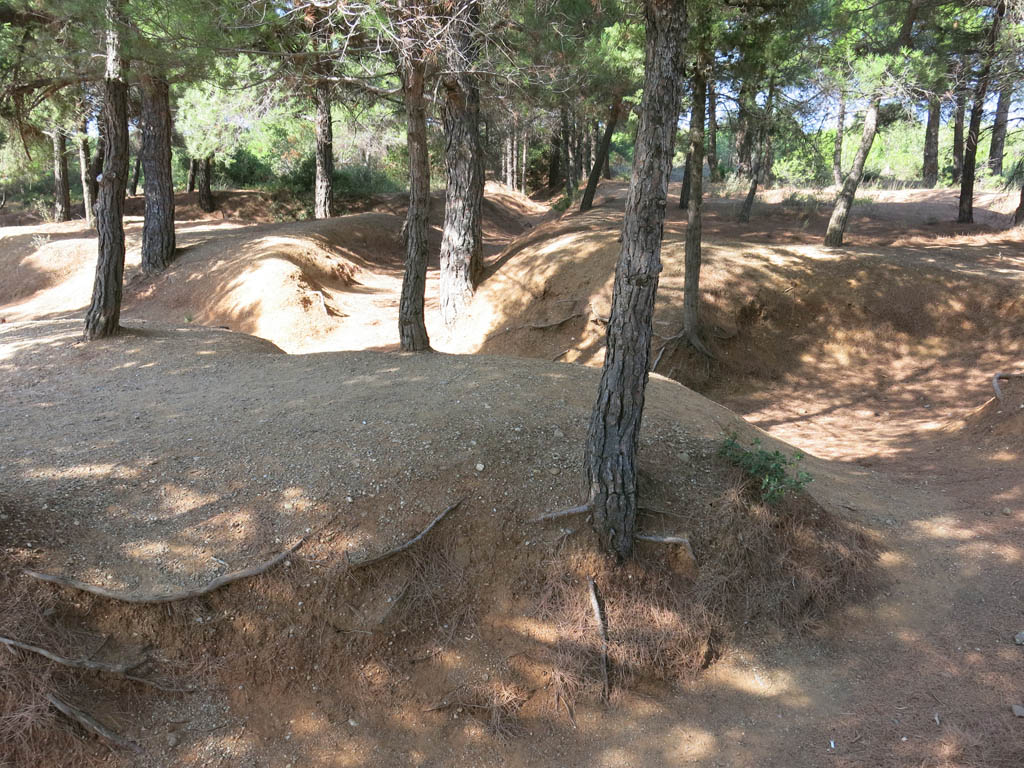 We kept making our way around the site. Still present were many of the trenches dug by both the ANZACs and the Turks. The ANZAC trenches were much more haphazard, owing to the nature of the circumstances under which they were being dug. 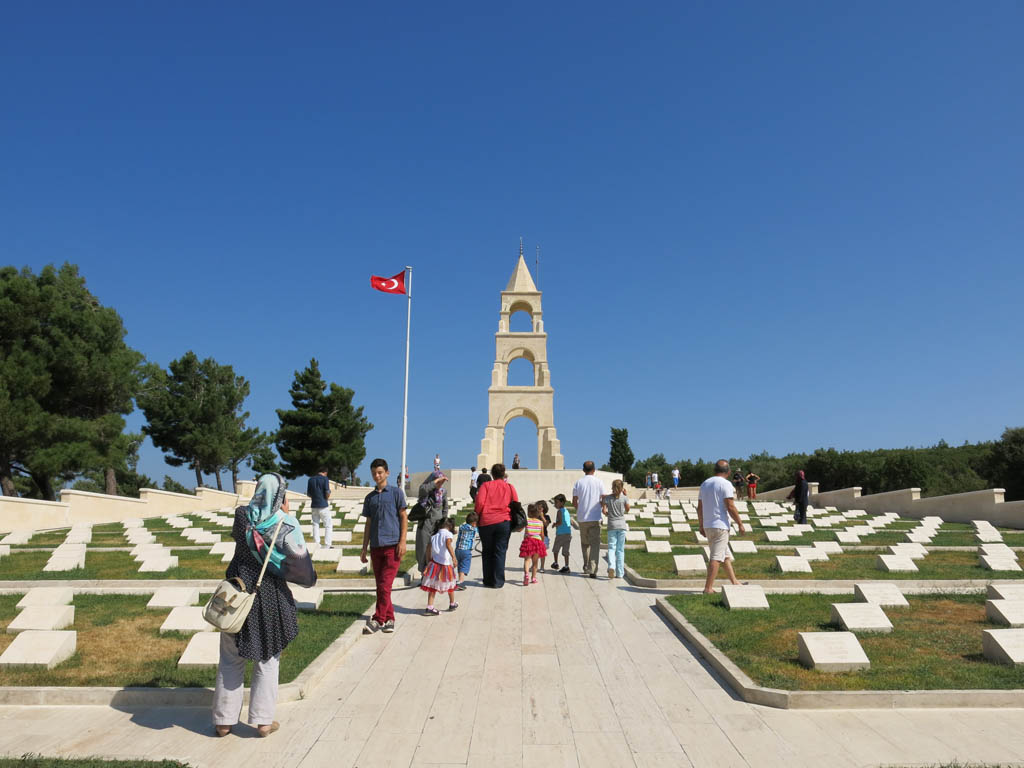 Near the top of the area is one of the only Turkish memorial sites. While this is of extreme significance to the ANZACs, it is also significant to the Turks who we were fighting against. There was much at stake, and this site was an arm wrestle for the 9 months or so in which battles were being waged.

The ubiquitous Ataturk was a major figure here, and was also very responsible for making this site as a place of respect to both sides. A landmark speech is commemorated on a monument here, indicating that regardless of what happened in the war, that this should be a place of mourning for all. 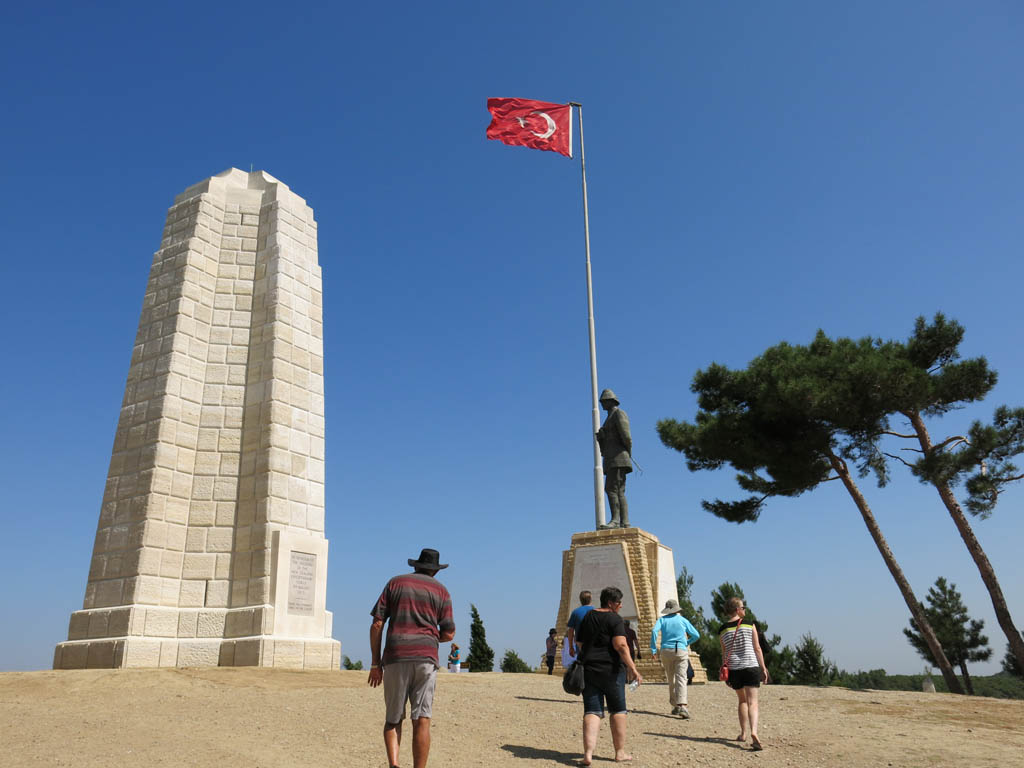 There was also a nice monument to some fallen Kiwis who took an important hill for a couple of days during the fighting. It was nice and also quite strange in that one monument recognised the Kiwis that took it (along with the nearby cemetery) while there was also recognition of the Turks that took it back. Fascinating to see two sides of the story sharing the same stage.

All the Aussies were pretty quiet when it came time to get back on the bus. Ahead of us was about 6 hours of driving, to get to our official end point, Istanbul. With a few ice cream stops in there, we arrived thick into the Istanbul traffic which was chaos. Lucky it was a quiet Saturday afternoon.

Our night was pretty low key. Most of us had one last group dinner, with a handful kicking on. However it seemed most people were either sick or exhausted (or both), so for many it was sad farewells in the hotel lobby. It is always a weird time at the end of the tour. There are those you are super sad to leave, others not quite as much. But we had all had some amazing experiences together, and for that they will always be part of our Turkish adventure.