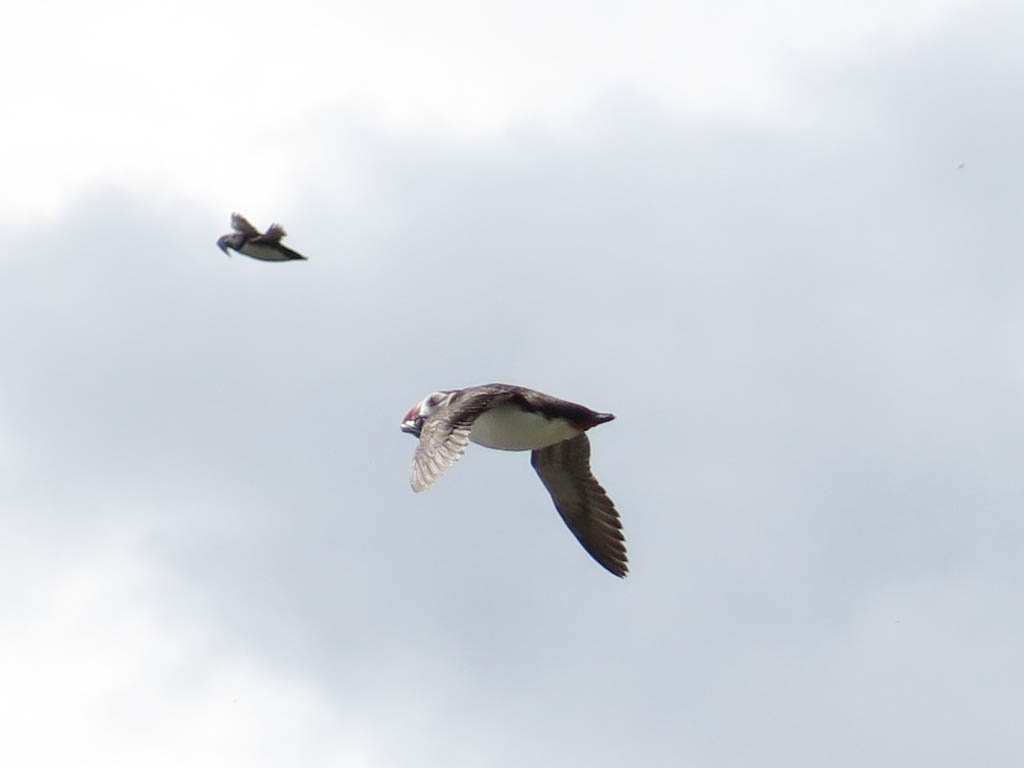 Today was our second day on the Northumbrian coast, and we had a bit of a plan in mind. One that was just a little exciting… PUFFINS!

Those of you that have been avid readers of this blog will know that whilst in Iceland a couple of years ago, I became a tad obsessed with puffins. Well, all going to plan it was off to visit more. So off we jumped in the car, and headed to the nearby seaside village of Seahouses.

Seahouses is the closest point to the nearby Farne Islands, home to quite a bit of seabird life, but this time of year is Puffin breeding season, so the main island Inner Farne is usually teeming with the little rascals. Unfortunately we were at the tail end of the breeding season, and as they arrived on the earlier side this year, many had disappeared. But word was that there was still quite a few around, so win! 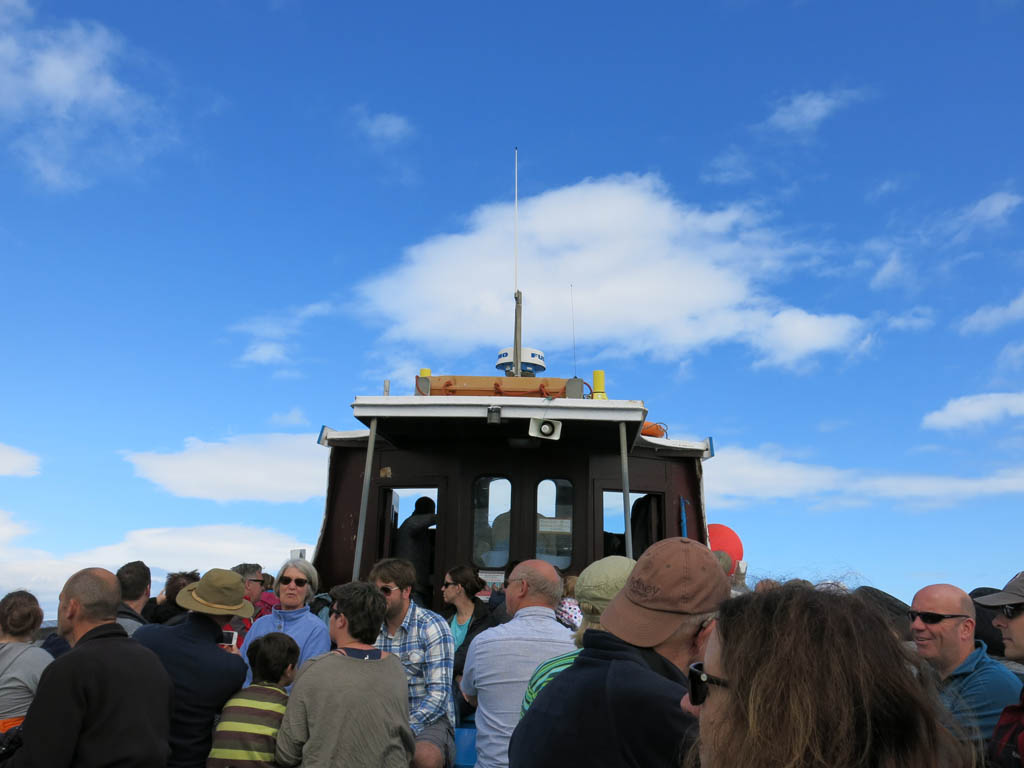 On it was to our trusty vessel Glad Tidings IV with a bunch of others out for a tour of the islands and the opportunity to jump off at Inner Farne. Some very choppy waters greeted us, but Kate’s stomach was a trooper and it was uneventful in the best way possible (not so for a couple of other passengers). 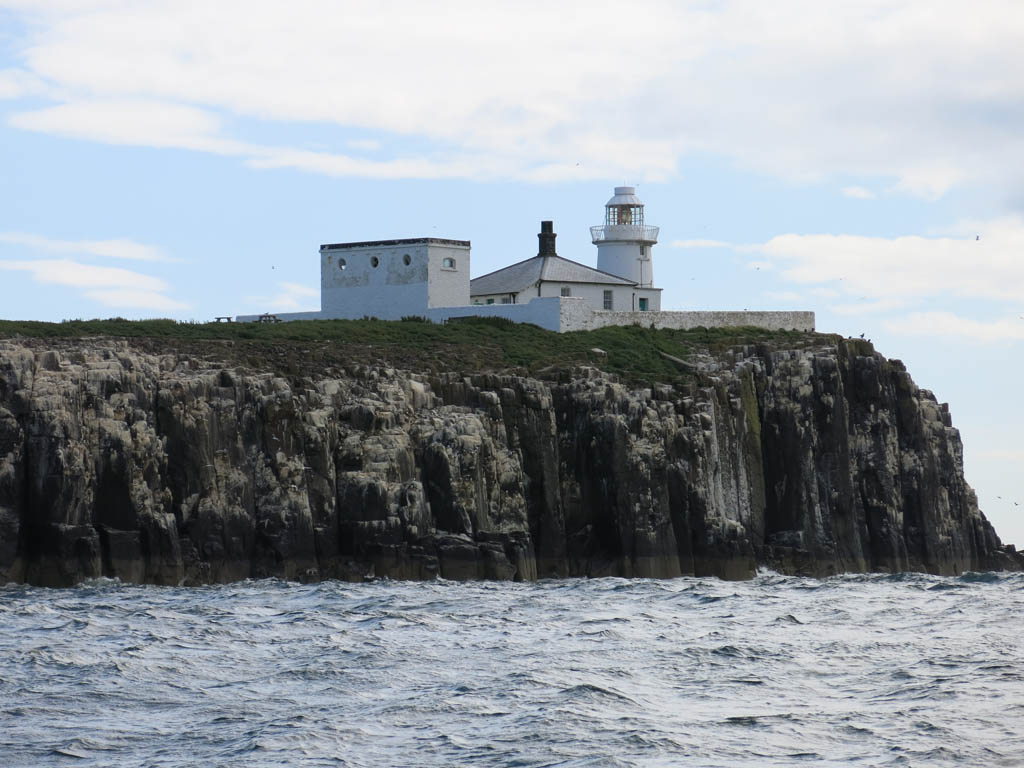 popping in to see the locals

The islands have various small buildings on them, but none are inhabited as such. They were in days gone by by lighthouse keepers and the like, but these days not so much. Inner Farne has a dedicated group of rangers, but otherwise, it was a tour of the islands to see what we could see. 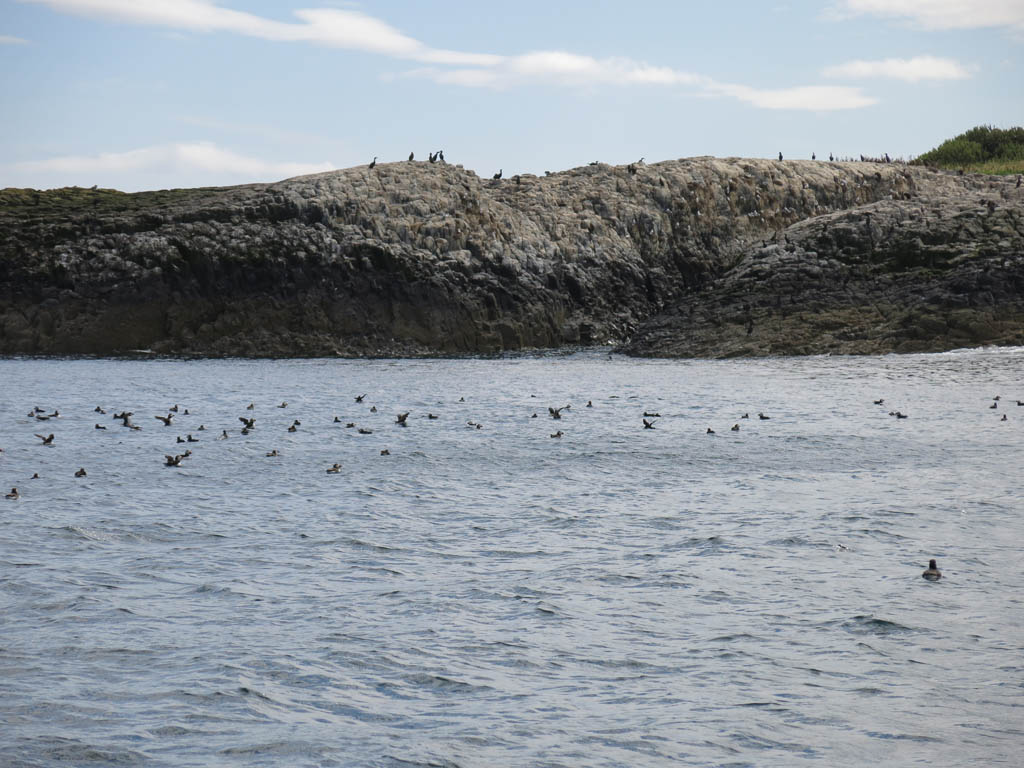 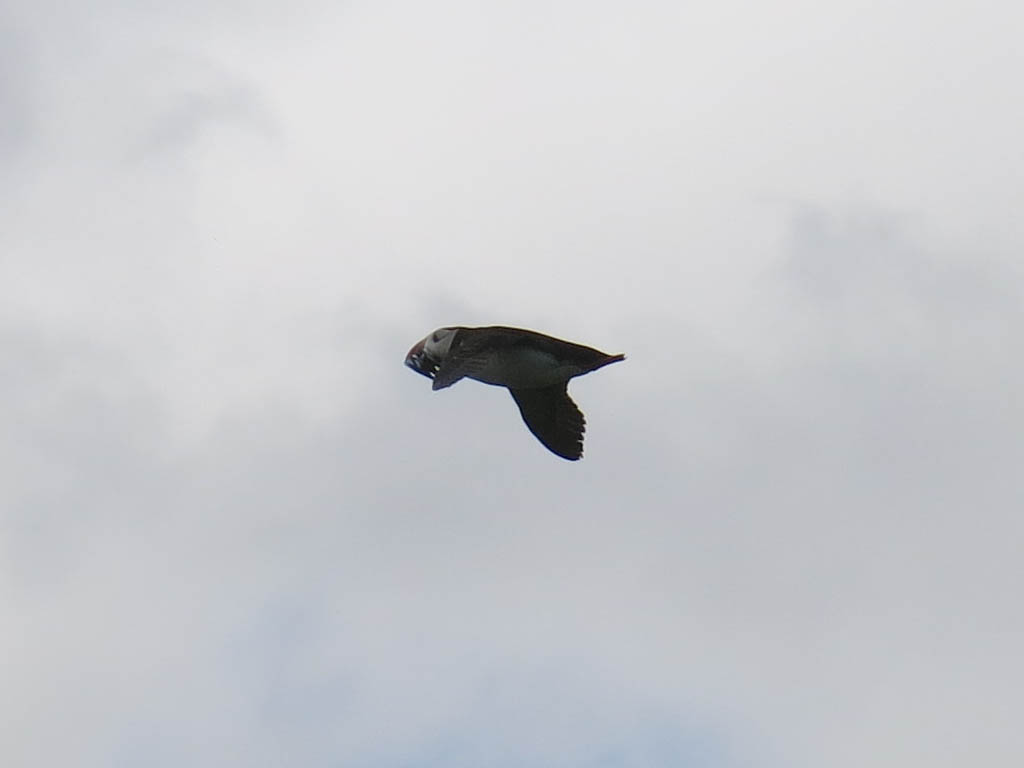 off to feed the family

And we were in luck! Puffins! There were some small groups chilling out in the waters that we saw early on. It actually seemed that many were disappearing every minute, as you would see one of the cheeky birds zoom by with an eel or some fish in its beak. 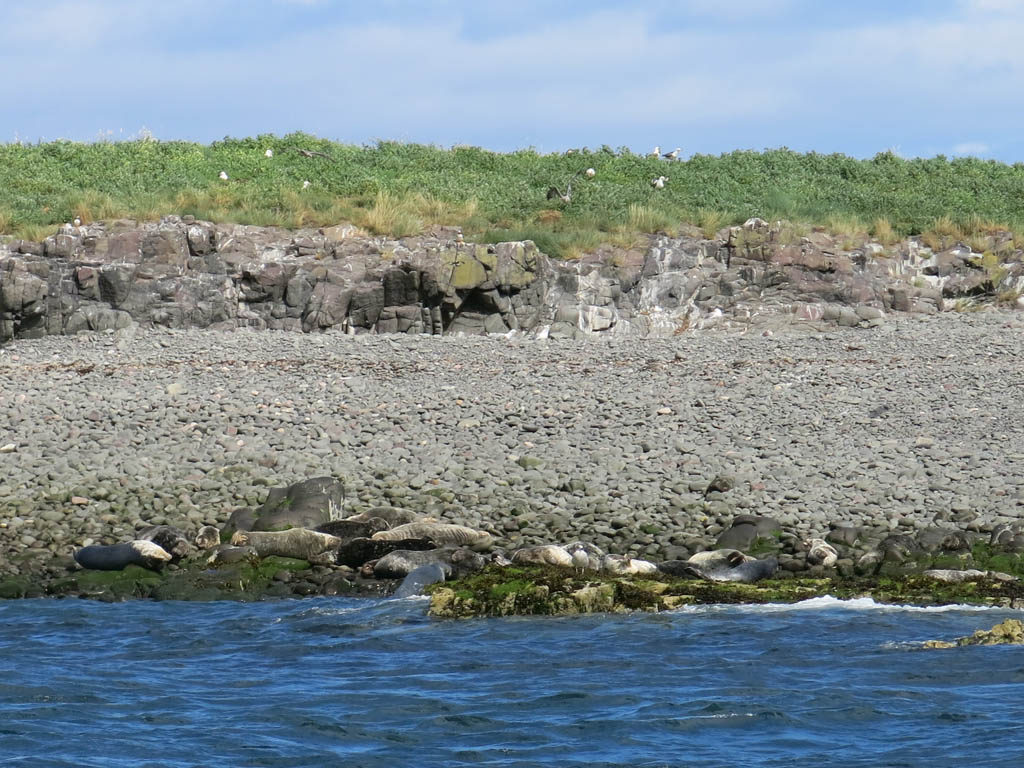 just hanging out on the beach

As we were getting about the islands, some small groups of seals could be found hanging about too. Oh the life of a sea creature hey? 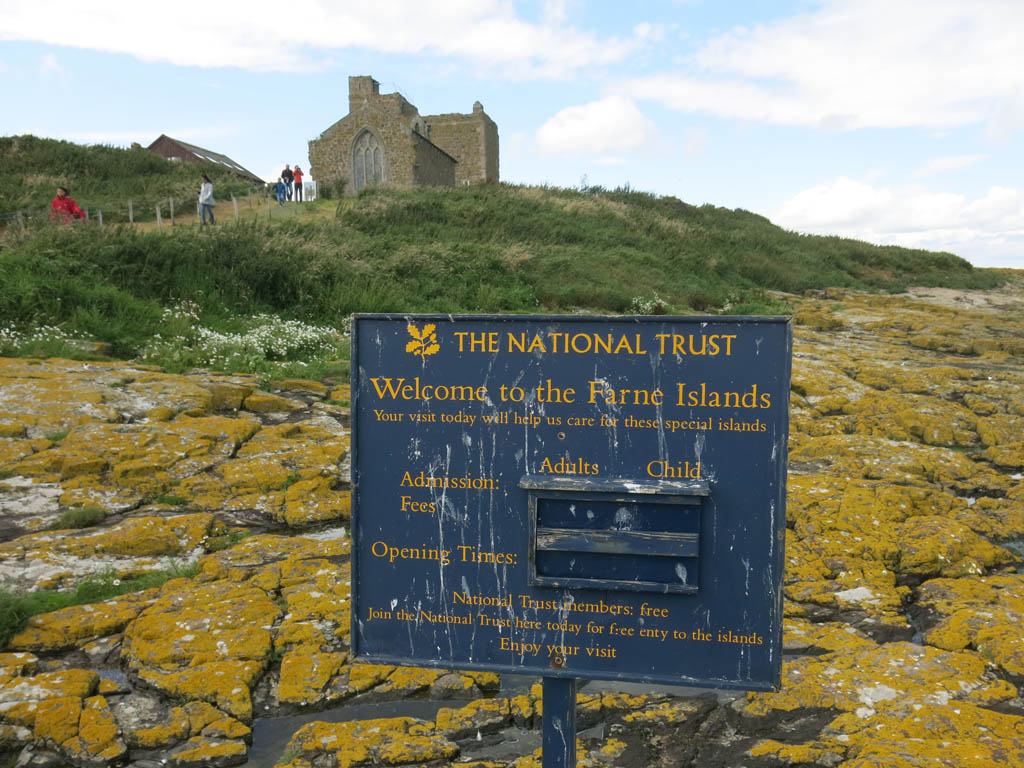 welcome to the farne islands

After getting about the islands for a bit, it was time to jump off the boat. We got to land on Inner Farne for about an hour to see what we could see. 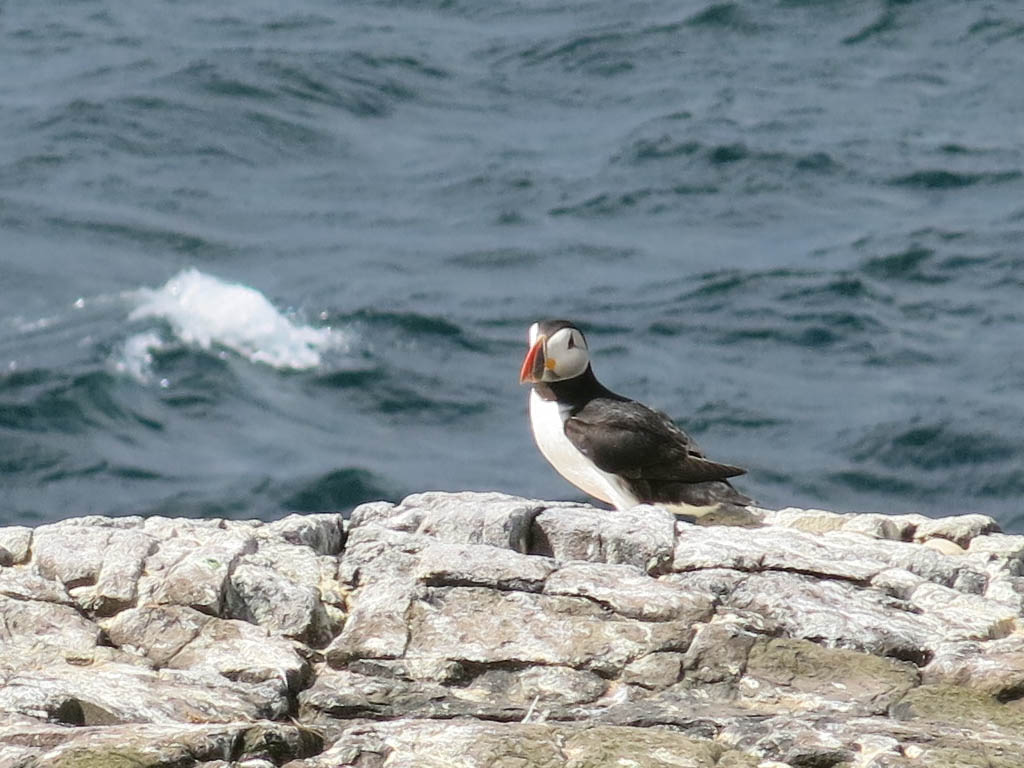 this little guy was the best

Sadly, not many puffins were on land… it was all about looking up and seeing them zoom past, usually too quick for the camera. I did see this little fella just hanging about for a bit, and he was nice enough to pose (I am sure a puffin expert will see this blog and tell me he is a she). 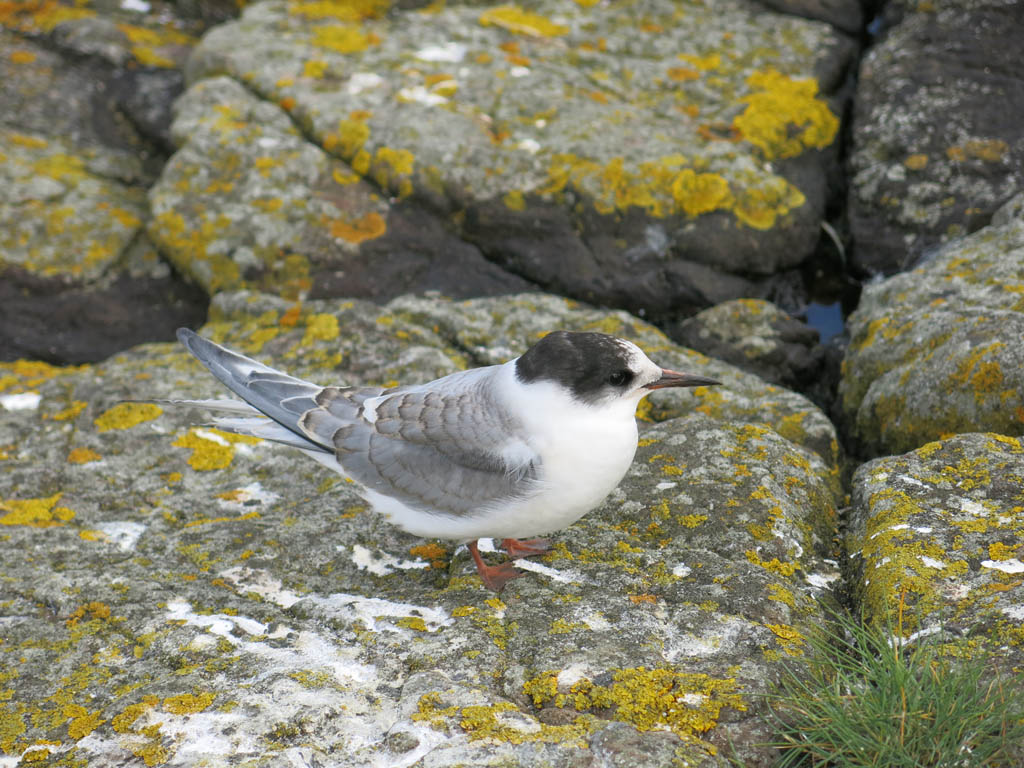 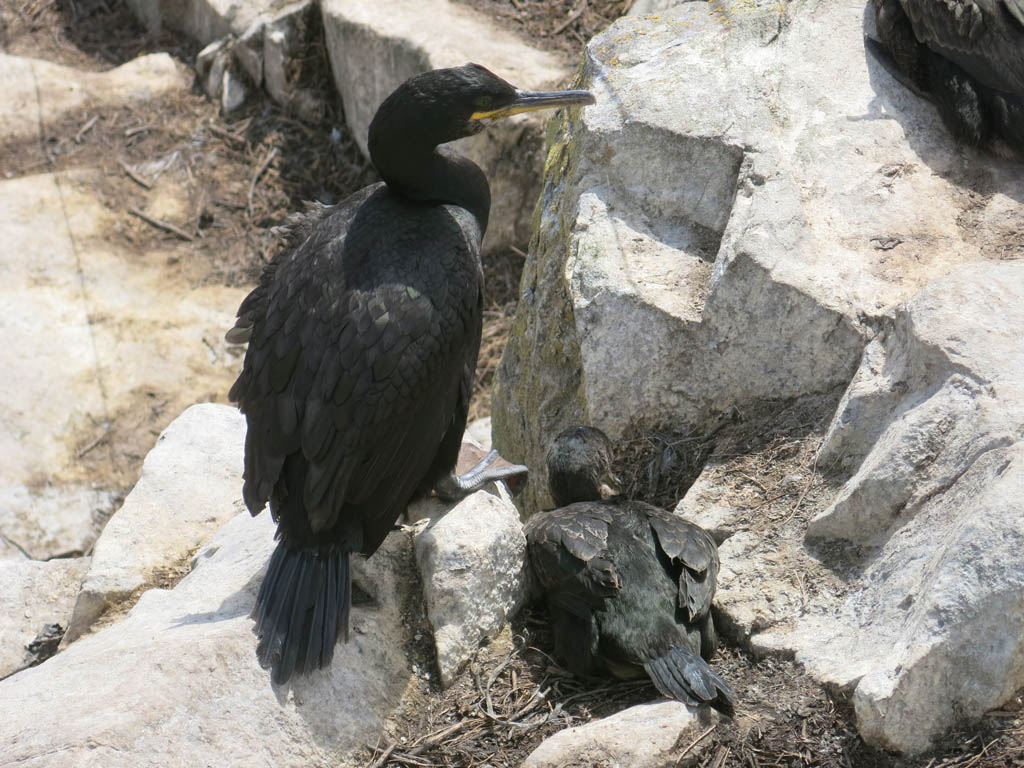 not a puffin either

As we explored the island, there was a bunch of other birdlife hanging about. My knowledge of anything non-puffin is a bit limited, so maybe I saw something rare? Who knows. But it was fun to see them all chilling out on the island with their little ones.

In no time at all it was back on the boat to head into shore. On the way we saw a few dolphins (or porpoise… it seems the jury is out) along side the boat. Unfortunately in all the pushing and shoving of people on the boat to get a glimpse, there was no cool photo. Doesn’t matter. 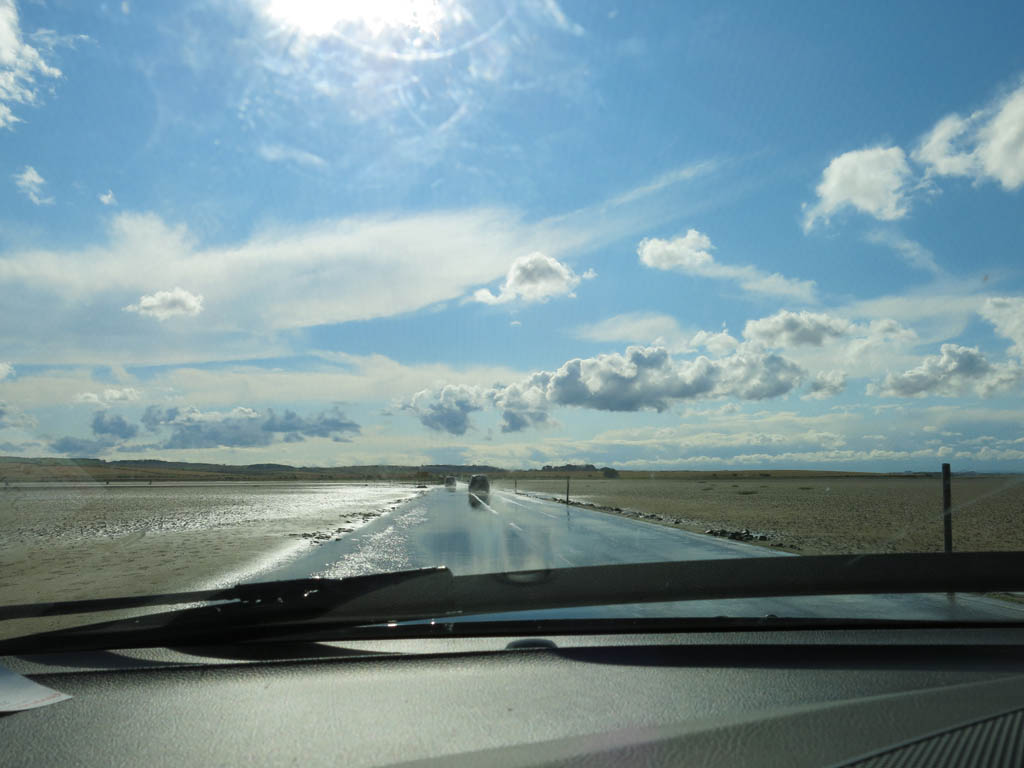 And with that we were back! It was only early afternoon, so we decided to head out on another close journey, one that we had originally planned for the next day. But the tides were favourable, so we decided to head off to Lindisfarne, or Holy Island as it is known. This island is accessible by a causeway that is governed by the tide, and as luck would have it, we had a change to get on and off the island with our car. So off we headed!

As we approached it turned out that it was not just any day we had decided to visit. Rather it was some special viking day, as the many youngsters (and many adults) in viking costume attested to as we drove in. Suddenly I was very confused if I was in England or Iceland again. 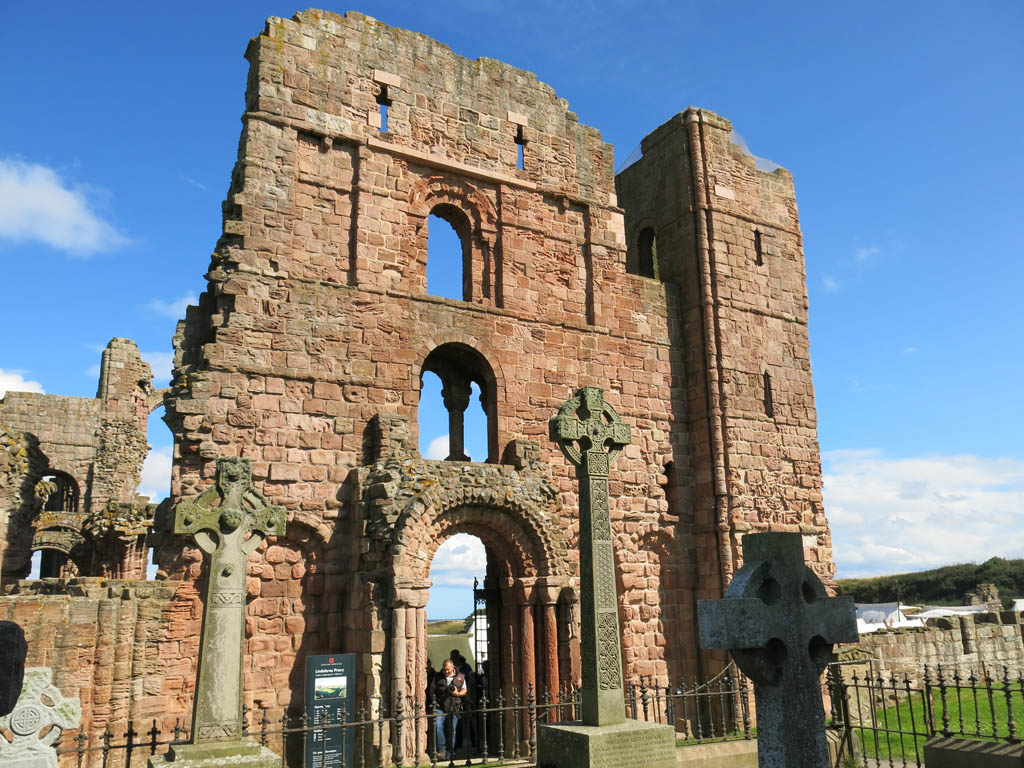 We had a few hours to explore the island, so it was off to see the main two features… the priory and the castle. First stop was the priory, were many of the ruins still stood. This was quite a famous religious location, but it seemed today was all about the vikings taking over, as the priory was the site for many costumed folk. I blame Lord of the Rings and Game of Thrones personally. 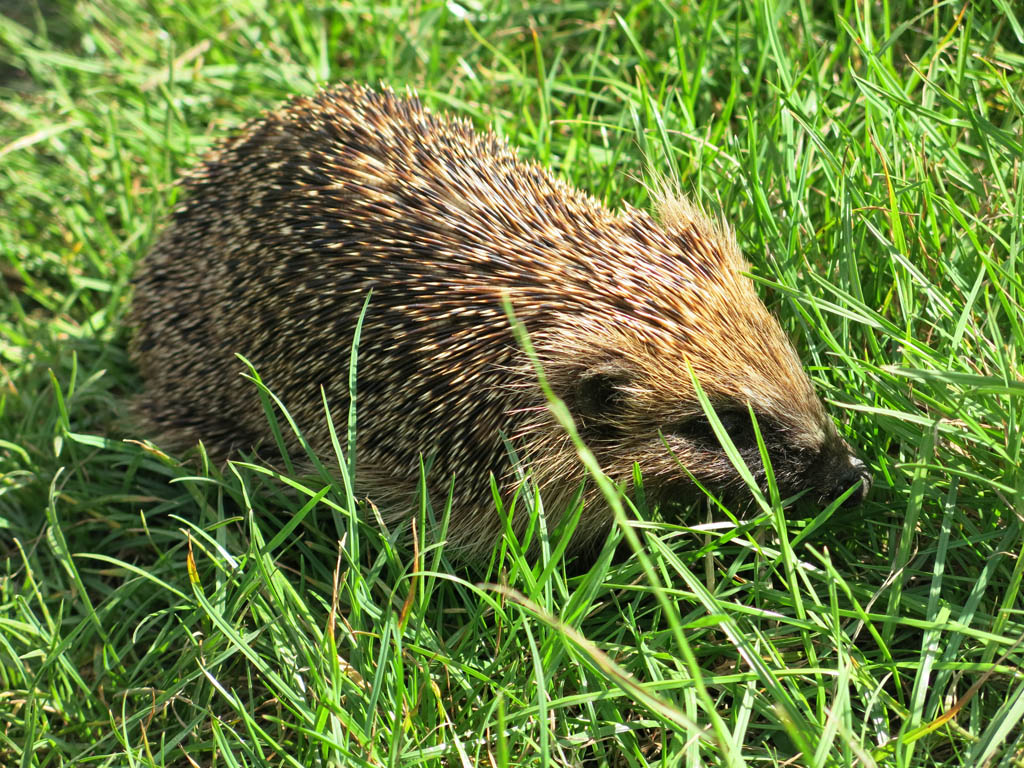 So we looked about the site and were also treated to some displays of historical reenactment. It was a bit to kitschy for me, so I went for a wander up the nearby hill to look over the island. On my way I came across this lovely fella hanging out on the side of the path. He was all a bit taken aback by the craziness too I think. 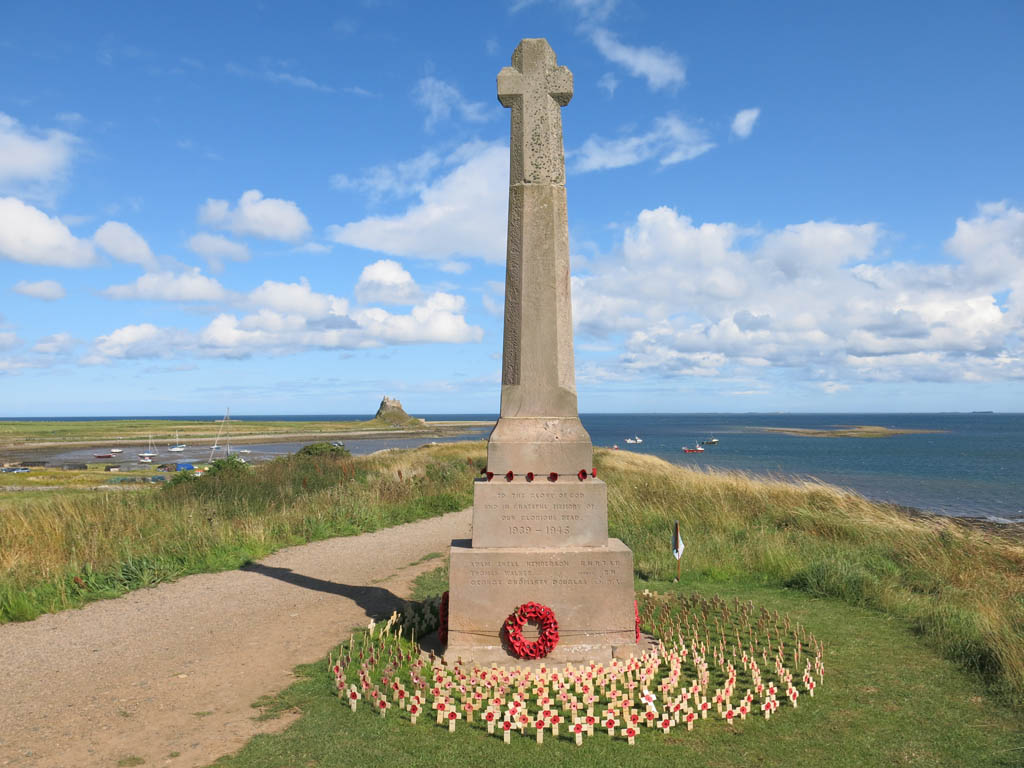 monument on the hill

On the hill there were amazing views of the castle, nearby Bamburgh and out across Northumbria. 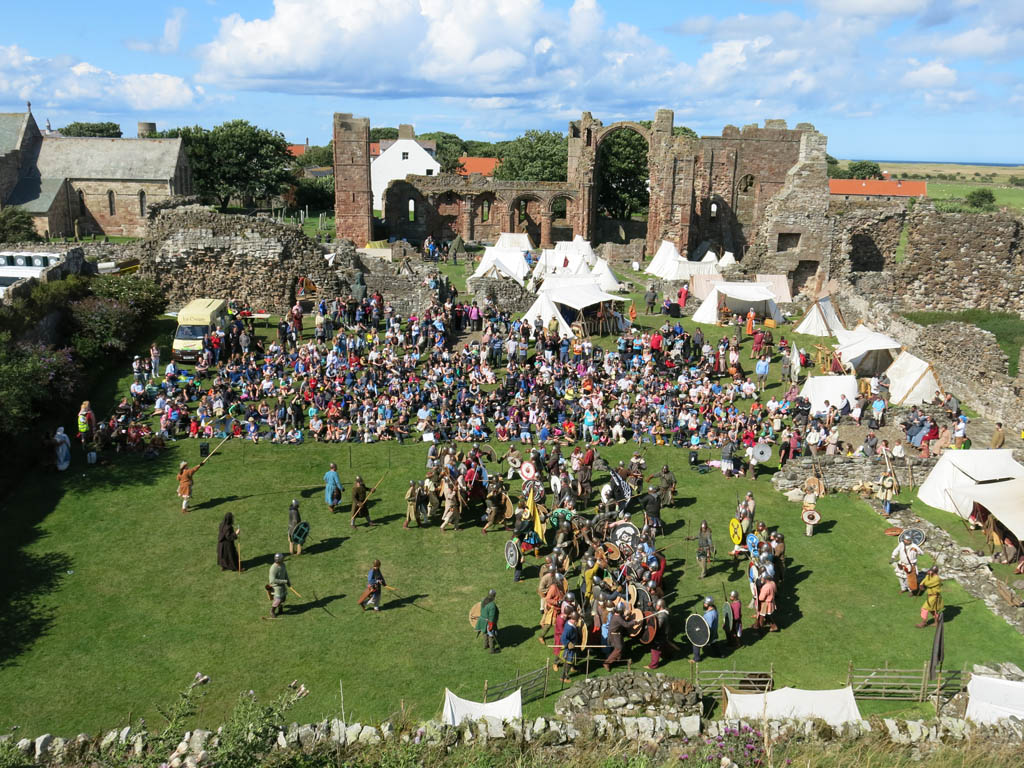 I also had a view of the crazy viking battle that was taking place in the priory. Oh those crazy role playing folk. 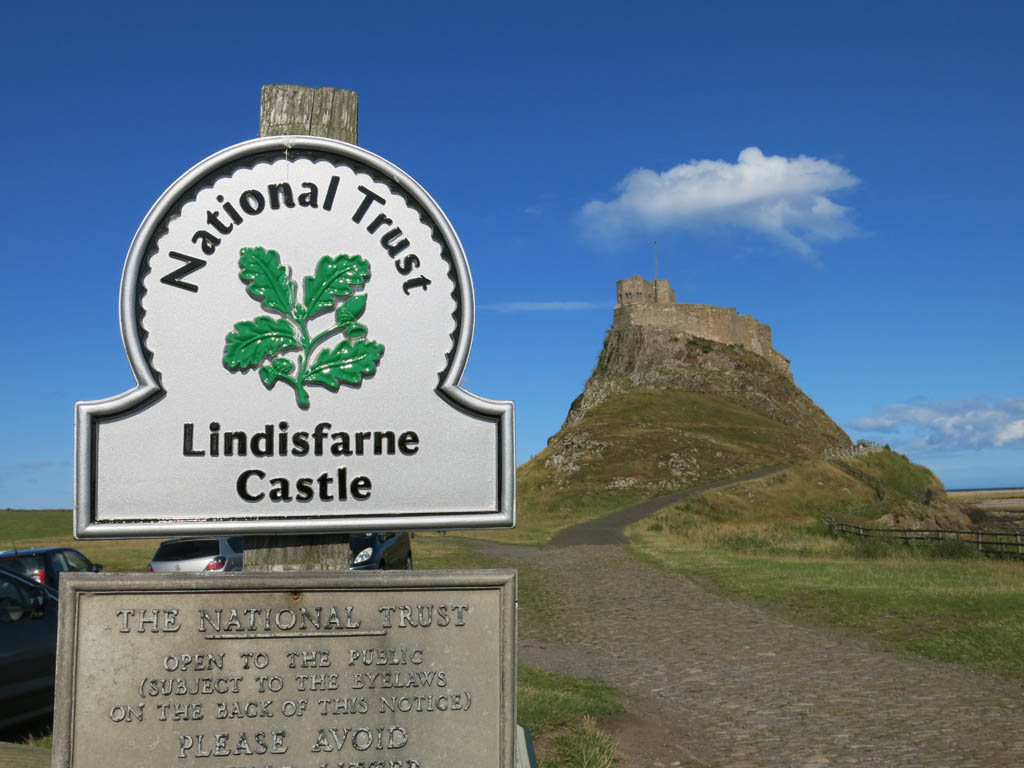 We had not too much time before we were to be stuck on the island, so we did a quick wander to the castle. We didn’t have time to head  right in, but to approach it was pretty amazing, all menacing there on the rock. 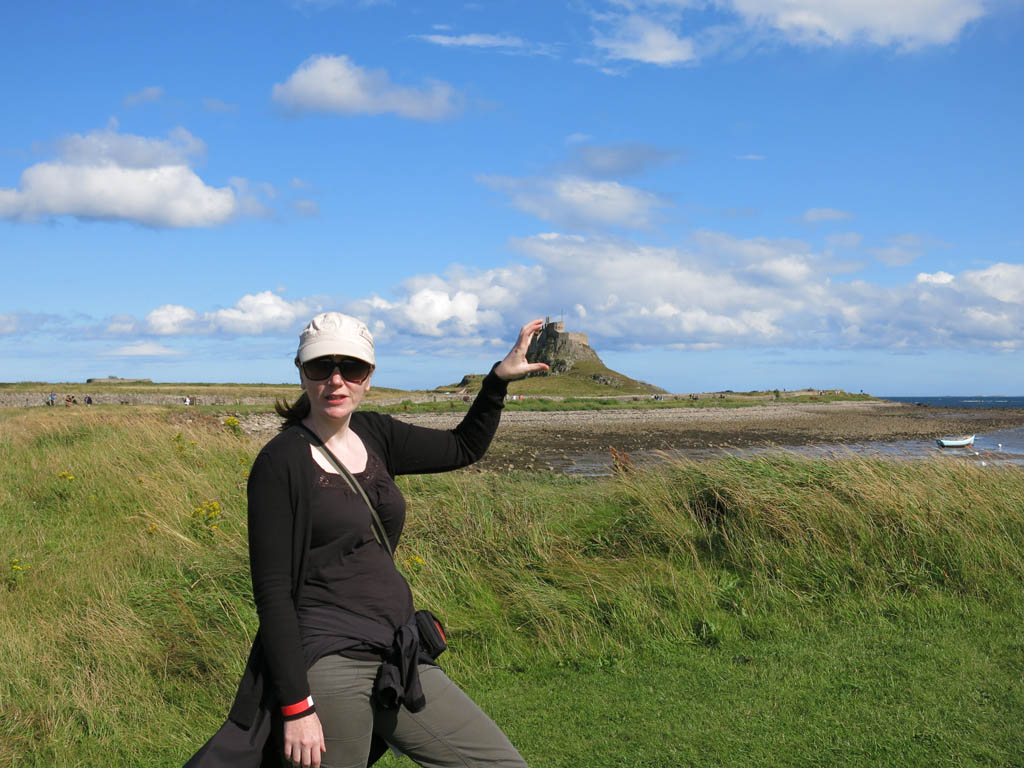 kate tries to take the caste home with her 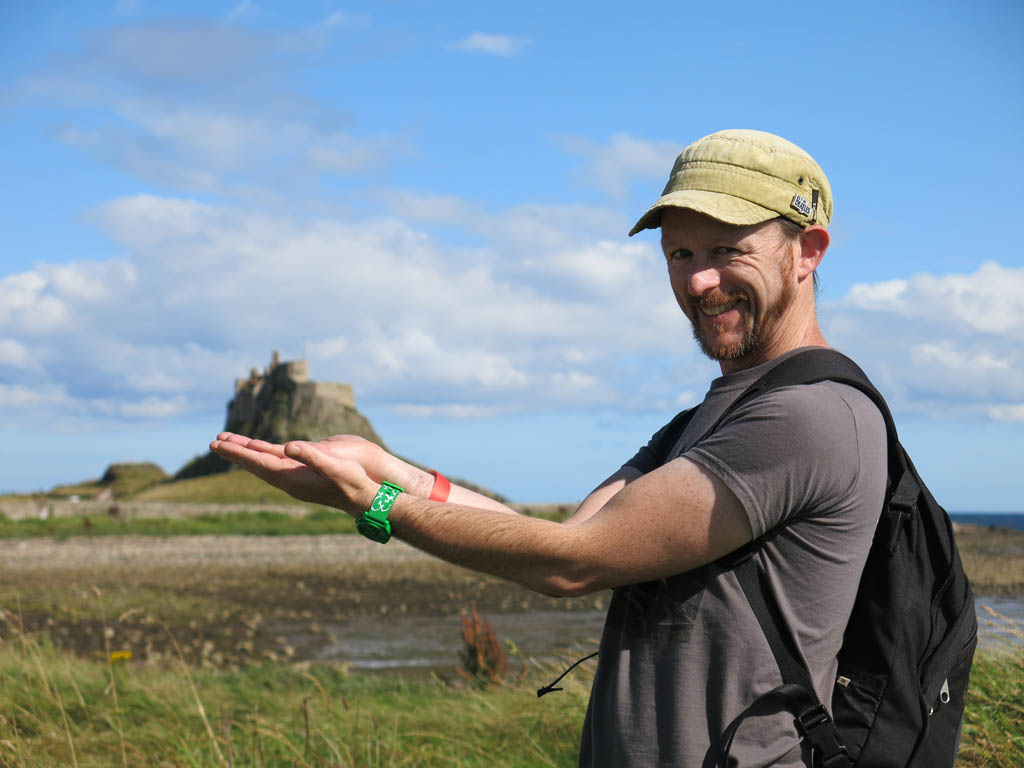 your castle is served! 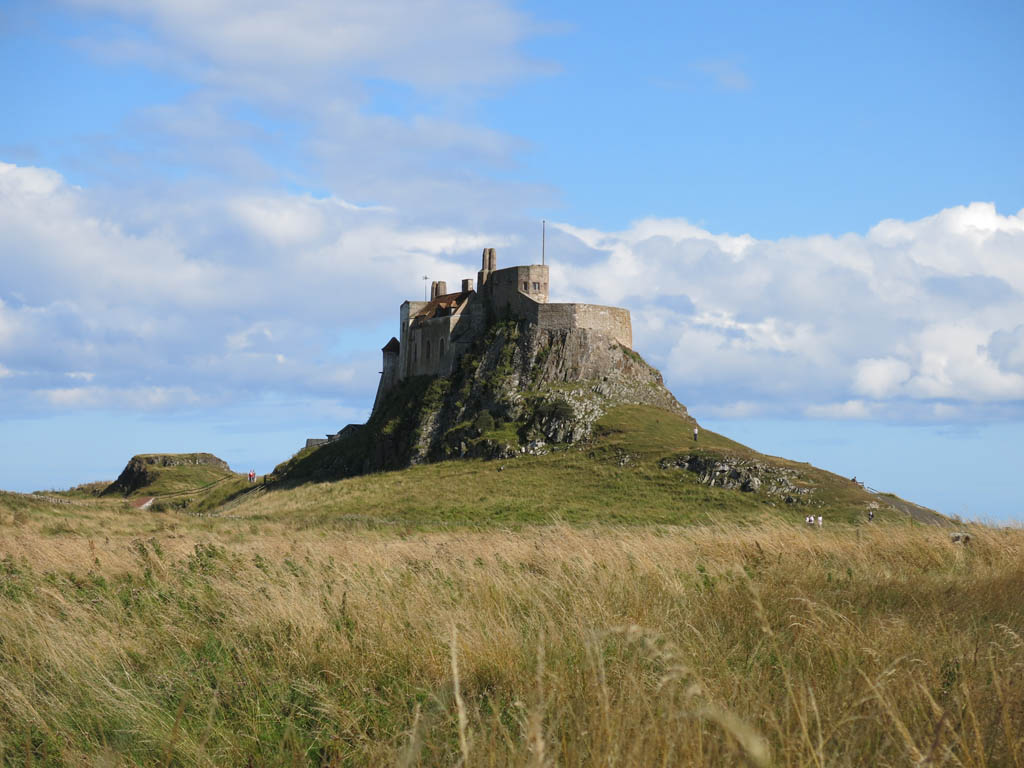 castle in the sky

And with that, it was time to get off the island while we could and head back to Bamburgh. Our last night in England before heading to Scotland. Woo!