The make them big in Texas

Today was another chilling out and exploring day in Austin. But boy it was tough to get going. Why? Because it was a crazy -4 degrees outside at 10am that’s why!

It seemed a lot of the US was going through a crazy cold snap, but it was hitting Texas hard. It gets cold here in Winter, but as everyone was telling us, not THIS cold. Luckily we had thermals and beanies packed, so in the end we decided to brave it and get out there. 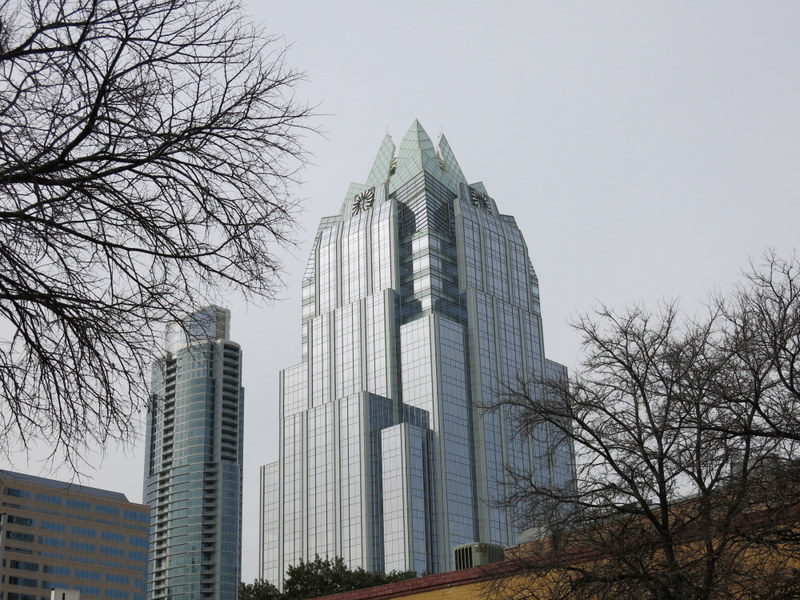 Oh boy it was cold. We hadn’t felt below zero for a while. And it seemed the whole city was feeling it as the streets were super quiet for a Monday midday. But in the end it didn’t matter too much and we legged it to our first destination, the State Capital Building. 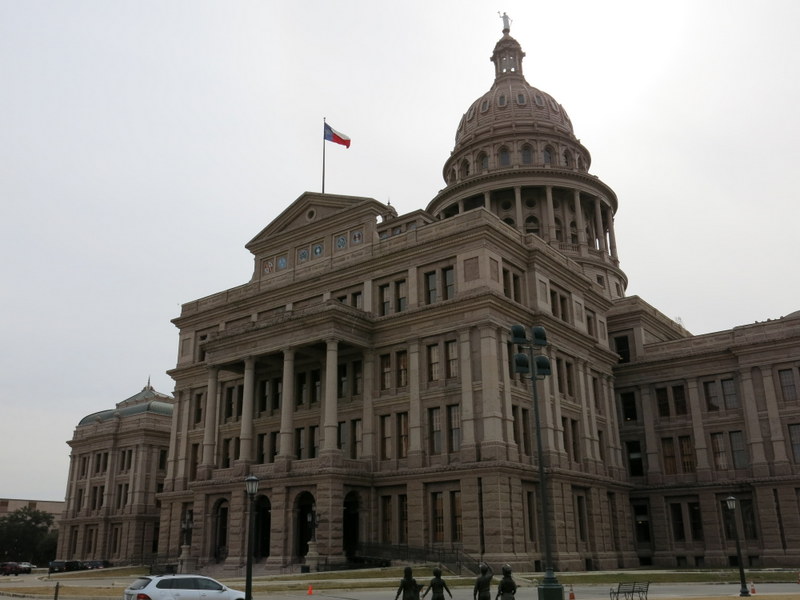 Austin is actually the Texas state capital which makes it an interesting place. It is the capital, but doesn’t feel particularly “Texan”… although I am basing that on not much given this was my first taste of Texas. I am expecting to see more hats and hear more broad accents as we move to San Antonio. 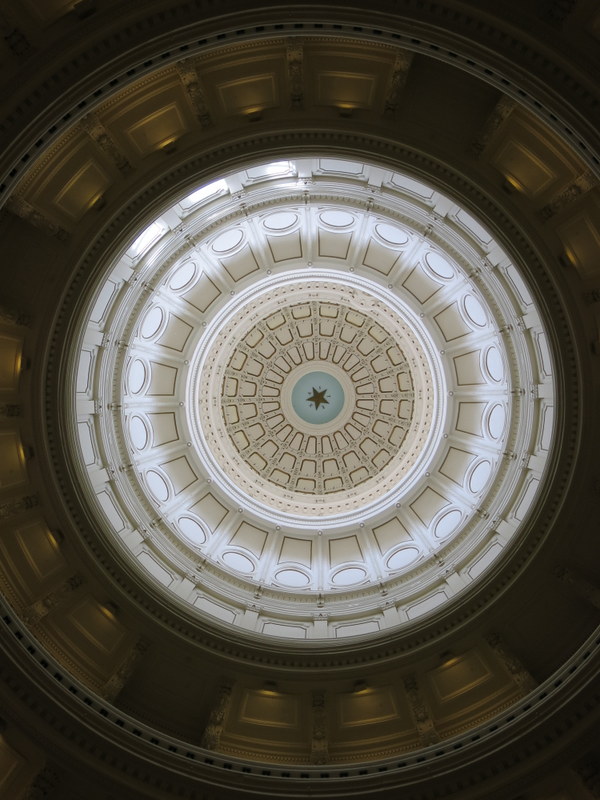 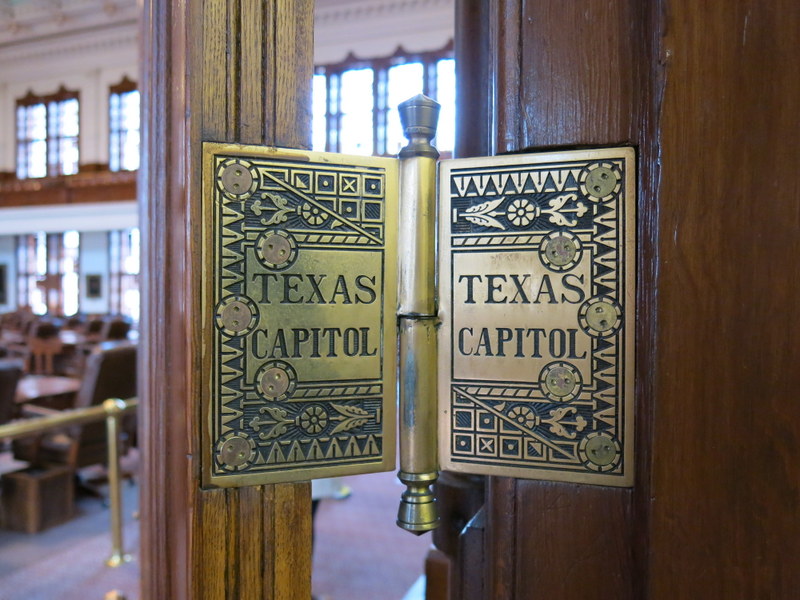 Even the hinges are extravagant and massive

It was cool to wander around the building, checking out the House of Reps and the Senate, but also seeing the extravagance. Every door had these crazy big hinges, just in case you didn’t know where you were. 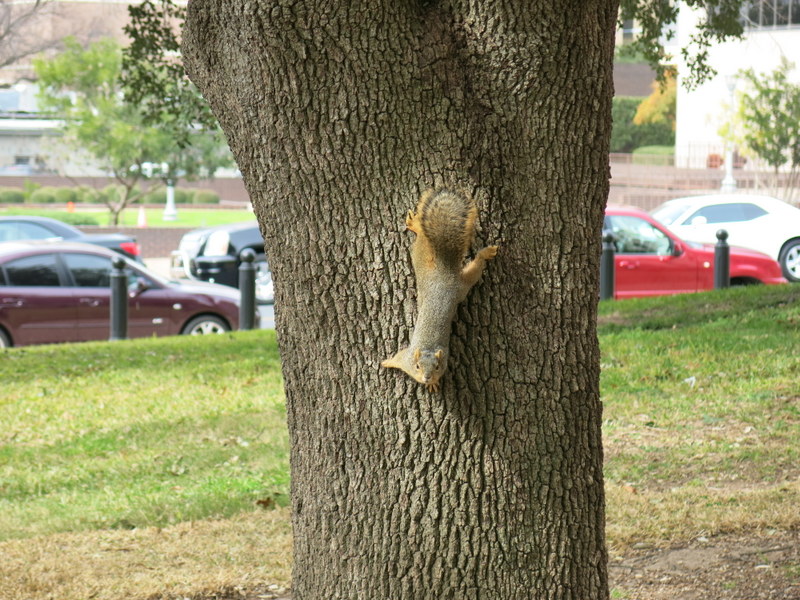 I know they are probably a pest, but I love chasing squirrels!

Outside the building were a number of monuments and statues. Me though, I liked chasing the squirrels.

After that it was well past lunchtime. We had another destination to go, so we went back tot he hotel, grabbed the car, and did a quick lunch stop at Whole Foods before heading to the Lyndon B Johnson Museum and Library. 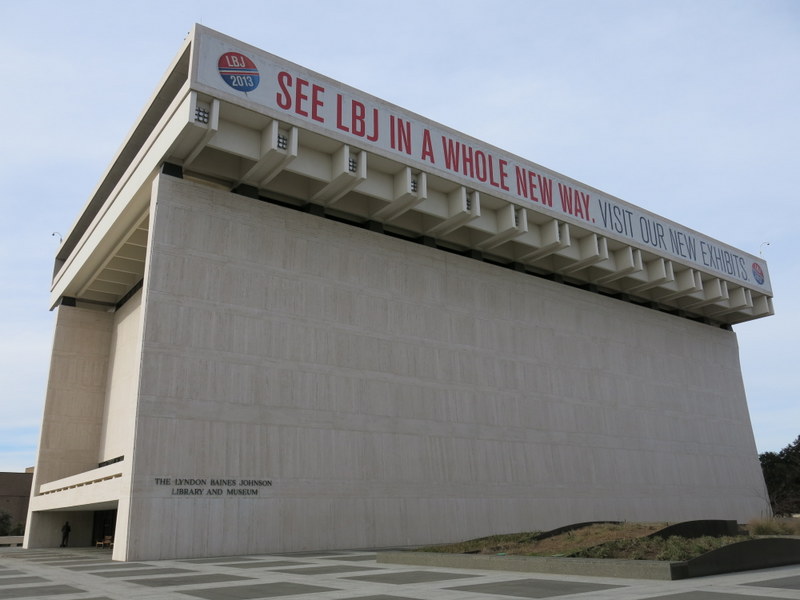 LBJ Museum I hear you ask? It would not be my usual go to, but it did sound kinda interesting, and Kate was keen, so we went for a visit. 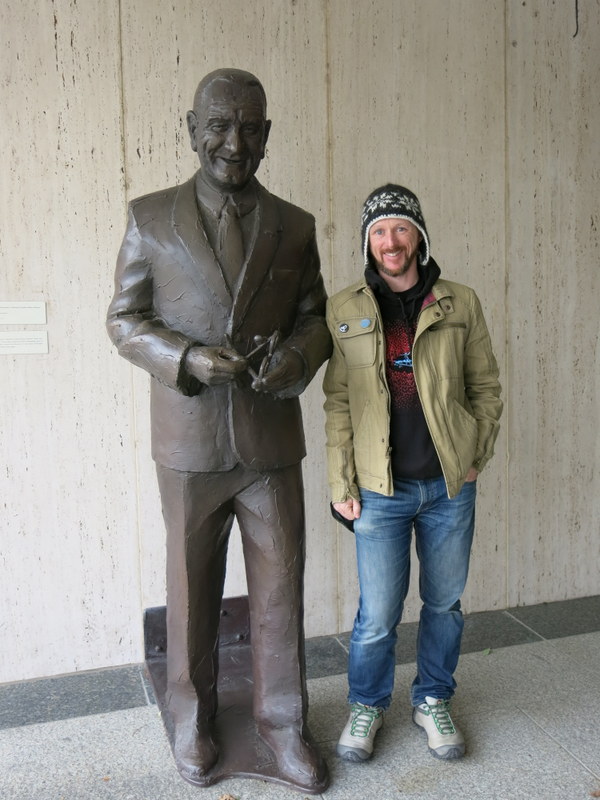 Hanging out with the man himself

And I must say it was a great museum. Focusing on LBJ and the events of the 60’s, it was fascinating. He is acknowledged as the first real bona fide Texan president. My US history is a bit light on, so to hear everything LBJ did after coming to the top job after the Kennedy assassination was great and the whole museum presented it in a great way. Both of us really dug it and were super happy we went.

It was closing time so we moved back to the hotel to chill a little before grabbing a bite. There was more BBQ to eat! Next on the list was Stubb’s BBQ. This was in part because of the barbecue, but also as it is probably the most well known live venue in Austin. So off we went. 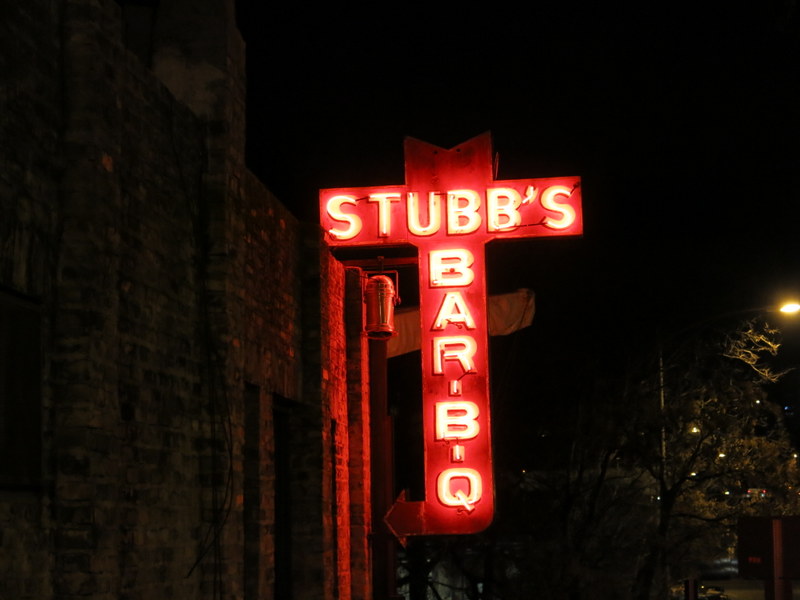 Alas there were no gigs there while we were in town, but we could enjoy the barbecue nonetheless. Given yesterdays eating fest, we both went a little lighter. Kate opted for the pulled pork again, while I went for some ribs and jalapeno sausage (with some sweet potato fries and onion rings for sides). 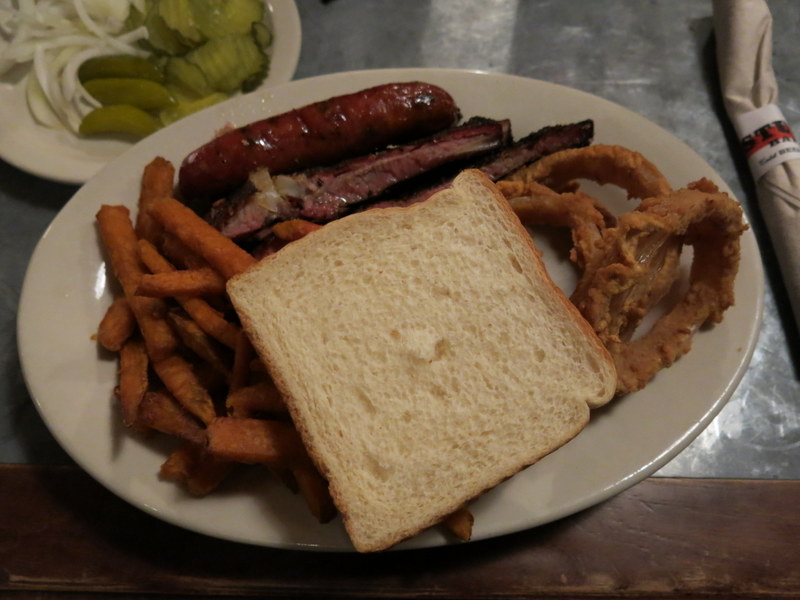 How was it? It was pretty tasty. Not in the league of Franklin Barbecue, but it hit the spot. The sausage in particular was good and hit the spot. Mmm… I could get used to this barbecue thing.

With that it was time to chill for the rest of the evening. Seems it is a quiet time for Austin. There was music happening, but nothing major, and it seemed to be pretty generic bar music. I guess it is the middle of winter when bands aren’t playing shows and folk aren’t really out. So it seemed like we wouldn’t really get a taste of the famed music scene, but the vibe of Austin and the amazingly friendly folk everywhere made it well worth the visit.