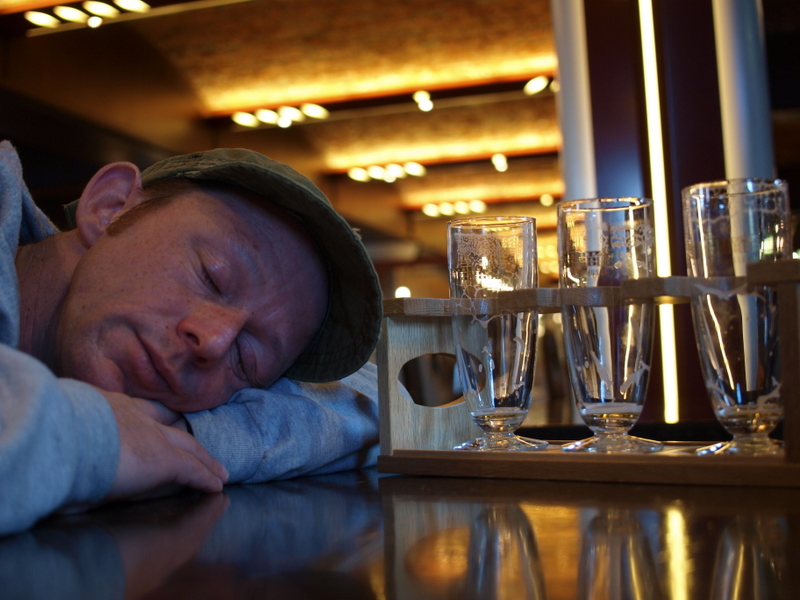 Well, I read through yesterdays blog post again and it didn’t read like my usual excitable self I must say. I think it was a combination of a couple of days where not too much happened, but also being a little tired in general. Oh well, best fix that then! Exclamation!

Today was my first day proper to explore Sapporo. Now I didn’t really have too much on the agenda while here. Three full days where one will certainly be snowboarding, but the others are mainly just to hang out. Oh, with one main exception of a must do. But we’ll get to that soon enough. 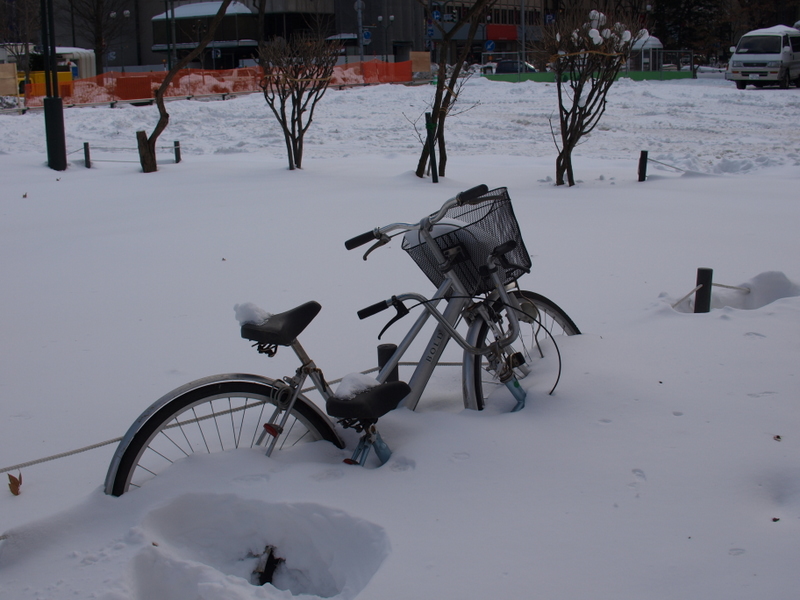 Have fun getting that out

So I decided to walk the 30-odd minutes into the centre of town from the hostel. I must say it is still spinning me out being in a major city (about 1.5 million people) that is just completely covered in snow. With the exception of the major roads, they are all snowed and iced up. All the footpaths are. Everything… even the bikes left out for a few days. 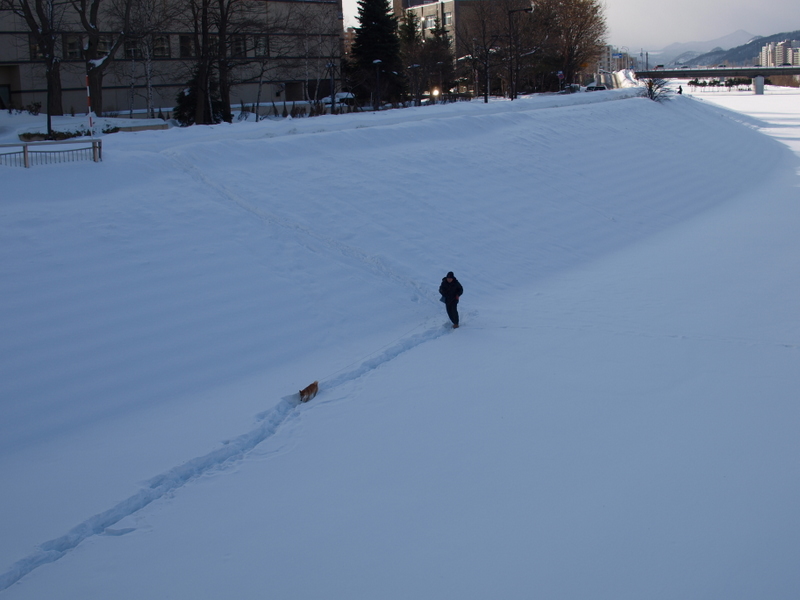 Just taking the dog for a walk

Off I went, being careful not to go slip sliding. Crazy to see people out walking their dogs in the snow, but I guess they need exercise right? Plus it was a beautifully sunny day today, and a mild minus 5 degrees. Ah, so nice! Actually it did feel cold but the wind chill was quite low. Still, if the gloves were off for more than a minute then I started to know about it.

I decided to wander past the main park area, Odori Park. It is quite cool in that it runs down the centre of one of the main streets. At the moment though it was full of scaffolding with lots of people buzzing around getting things ready for the massive snow festival Sapporo has each February. It would be amazing to see, maybe some other time. 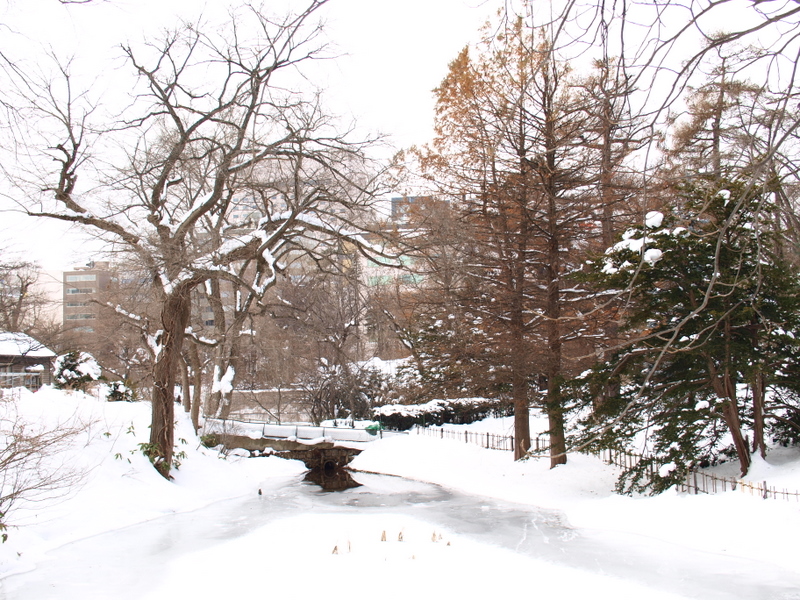 I also wandered by the Botanical Gardens, but assumed they might be a bit like Kanazawa in that they would not be to standard. Well, they weren’t even open… looking through the fence everything was pretty much dead and under feet of snow! It must be amazing to see the snow start to melt each year and things spring back to life.

“Enough of gardens!” I thought. I had two things to do today. First was to work out what I was doing about snowboarding tomorrow. I decided to quiz the lovely Tourist Information folk and was very glad I did. Rather than just head to the more local small mountain, which I had done the recon on and worked out was fairly easy to get to, I got shown a deal to get me to Niseko, the pride and joy of Hokkaido. And not only get me there, but a good deal for lift ticket and board hire. All of that for about 80 bucks. Crazy good value. 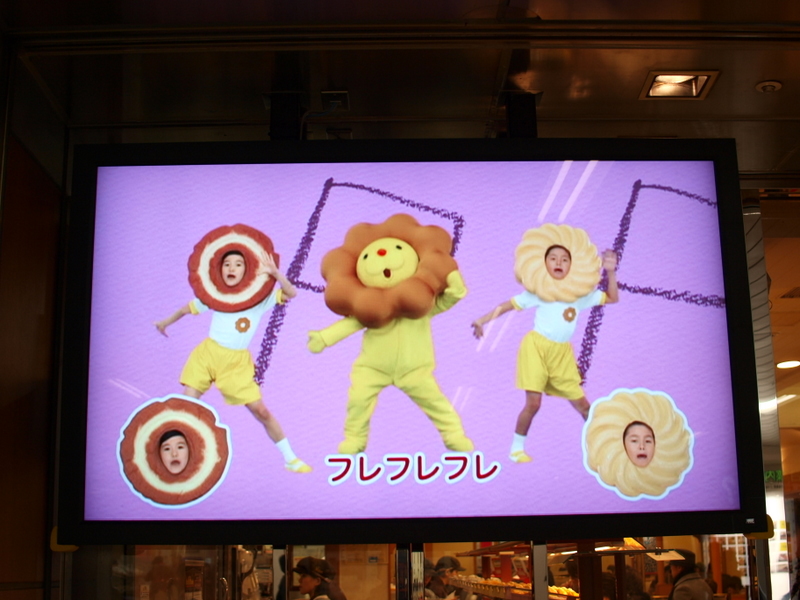 No, I have no idea what is going on

Oh, and you see the strangest things on TV’s in train stations…

Anyway, with that all sorted, it was off to the main event… 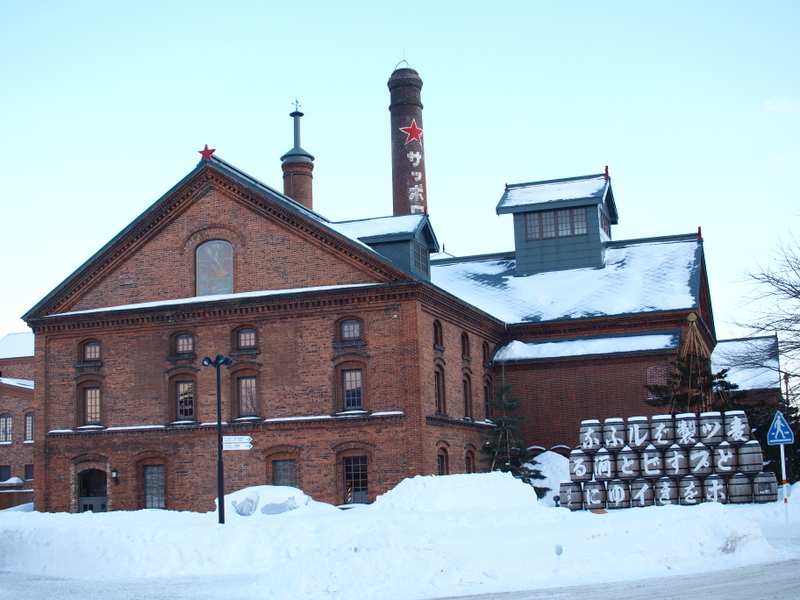 Beer and Museums… two of my favourite things together at last! 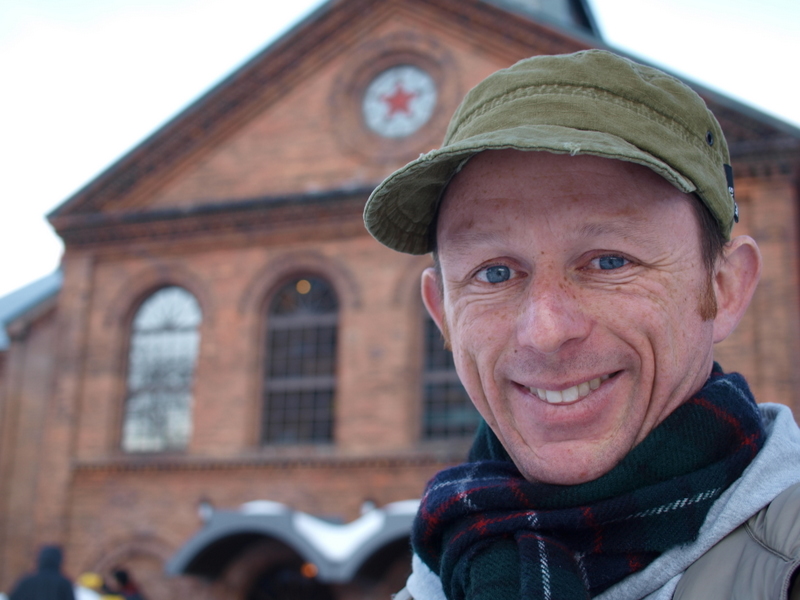 I am sure many of you who read I was going to Sapporo was expecting this. I mean when you say Sapporo, most people will instantly think beer right? Can’t disappoint! 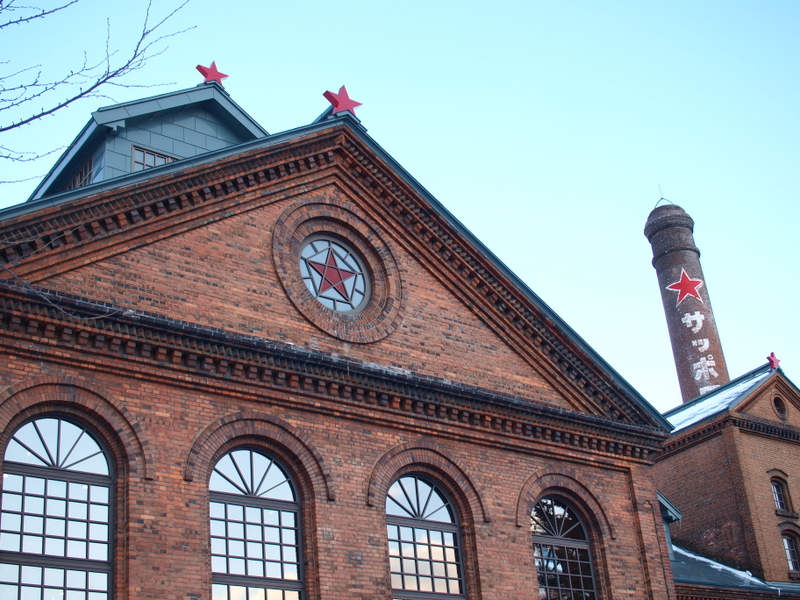 While you can visit the brewery, which is a bit out of Sapporo, virtually everyone just goes to the museum. It is housed in the old brewery building, only 15 minutes walk from the train station. So in I went. 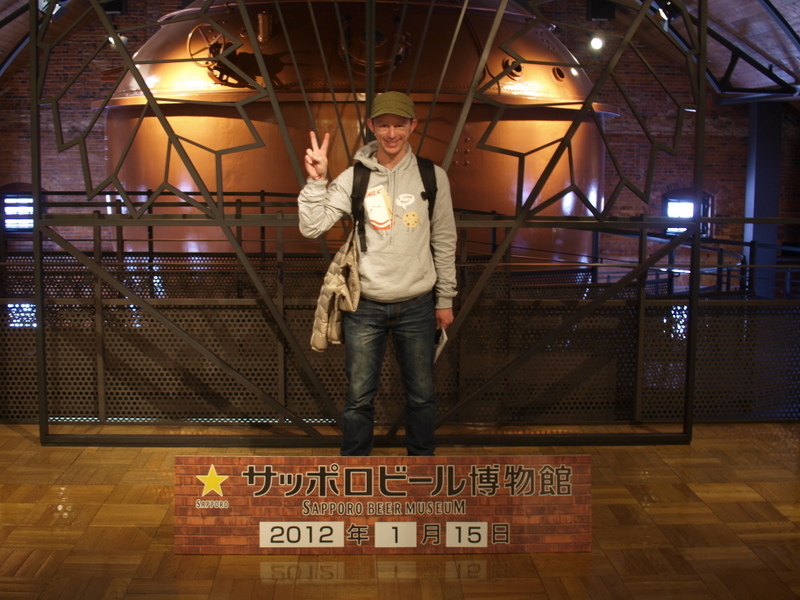 First of all, it was free! How good is that? Most things were in Japanese, but I had a small brochure in English that explained most things. I mean, there wasn’t heaps to it. Ran through the history of the company, showed the process, had lots of older bottles and advertising posters. It was really quite cool though. For many it is just a path to the main room… tasting 🙂 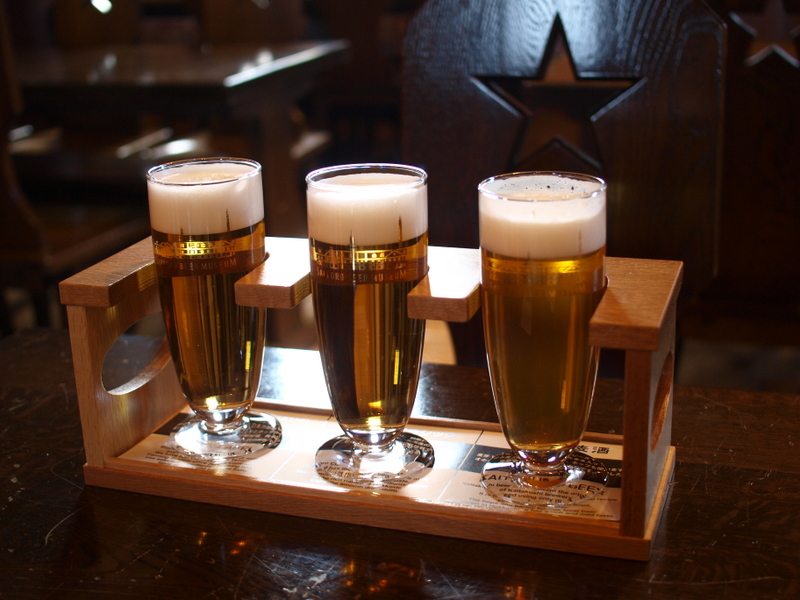 At the end is a nice hall with a bar where for 200 yen you can grab yourself a glass of Sapporo Brewery’s finest. Really they only had 3 different types, so of course you have to have one of each! Plus there is a 100 yen discount if you get all 3, so in the need to be conscientious of expenditure, I thought it was best to get the set. 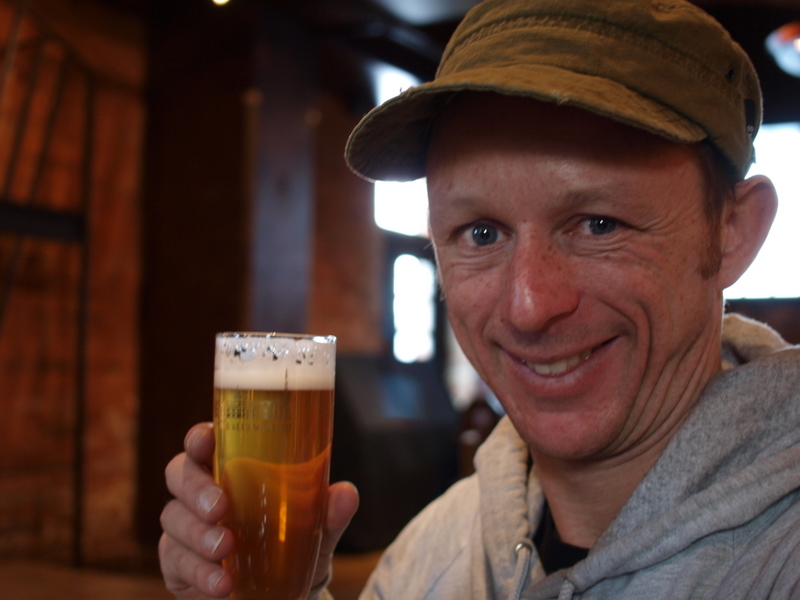 And they went down a treat! One is called Classic and is a beer that the brewery keeps just in Hokkaido. Ah ha! So I have drank a Sapporo beer that most people in the world will never have. Mmmmm… it was good 🙂

So I just sat back and relaxed and had my beers. Oh, and went back for seconds on a couple… all in the name of research of course. I had to get the sample size up.

Feeling very toasty warm inside, I felt like it was time to venture back out into the cold. It was definitely the ideal place to visit on a cold afternoon (maybe they will get a repeat visit before I leave?). Since it was approaching 4pm, the sun was starting to disappear already. So I just wandered the main shopping street, getting some warmth along the way. 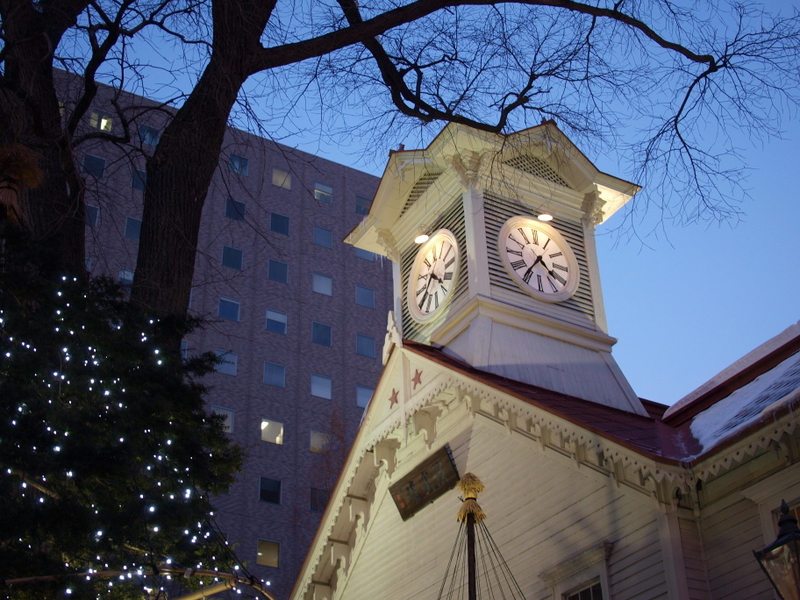 I also wandered by the famous clock tower. Well, turns out it is a building with a clock on top. Now if I could read Japanese I am sure there is some big significance. But for an ignorant foreigner, it was really just a clock on top of a a building. Oh well, checked that one off the list.

The way back to the hostel took me by Susukino, Sapporo’s entertainment district. Just lots of neon and the like. I am sure when it gets later things rev up, but it just seemed like lots more places to eat and more shops.

That brings me back home for the night. Going to have an early one, as tomorrow more snowboarding awaits. Best be fresh!