From Mesas to Monuments 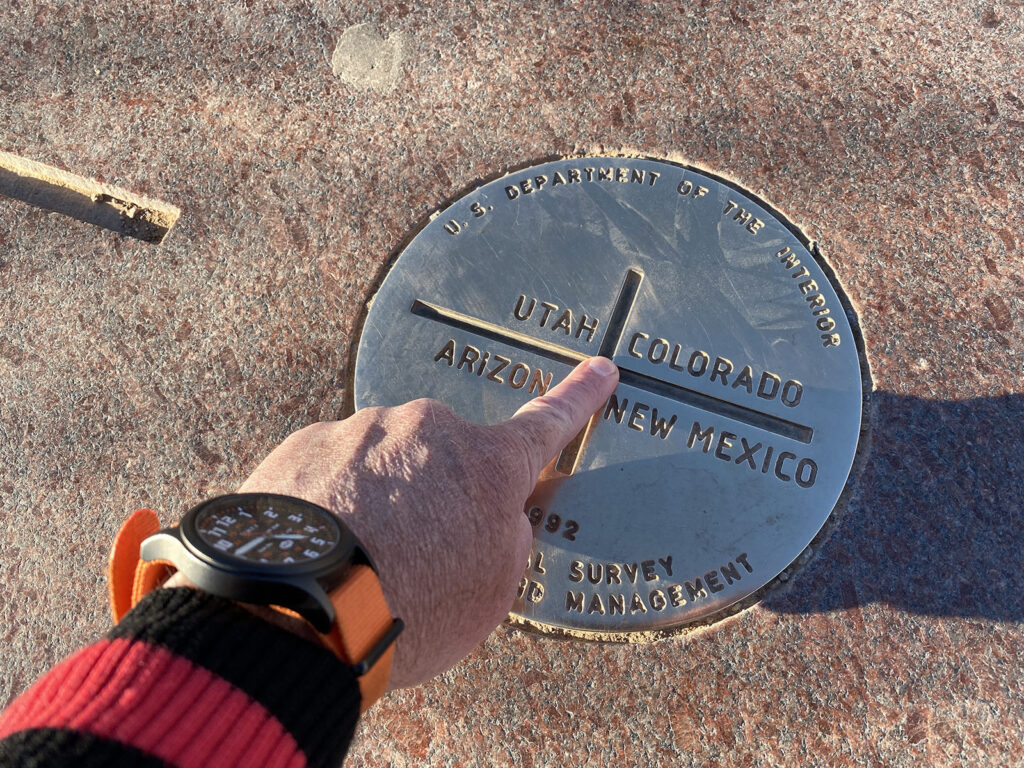 Today was another predominantly travel day, from Moab to Monument Valley. Total travel time was around 4.5 hours, but we had two stops planned.

First destination was to Mesa Verde National Park. This was in many respects the main park that Kate wanted to visit. But we also knew this would be the most compromised by our timing. While all the other parks didn’t have too much off limits being winter (in fact it had been SO MUCH better, with the small crowds), Mesa Verde we knew would have many parts closed for the Winter. This sadly included the guided tours into the Ancestral Pueblo cliff dwellings that the park is most famous for. But we knew this, which is why we elected to visit on a travel day, as we had seen that about 3-4 hours would be enough to explore what we could. 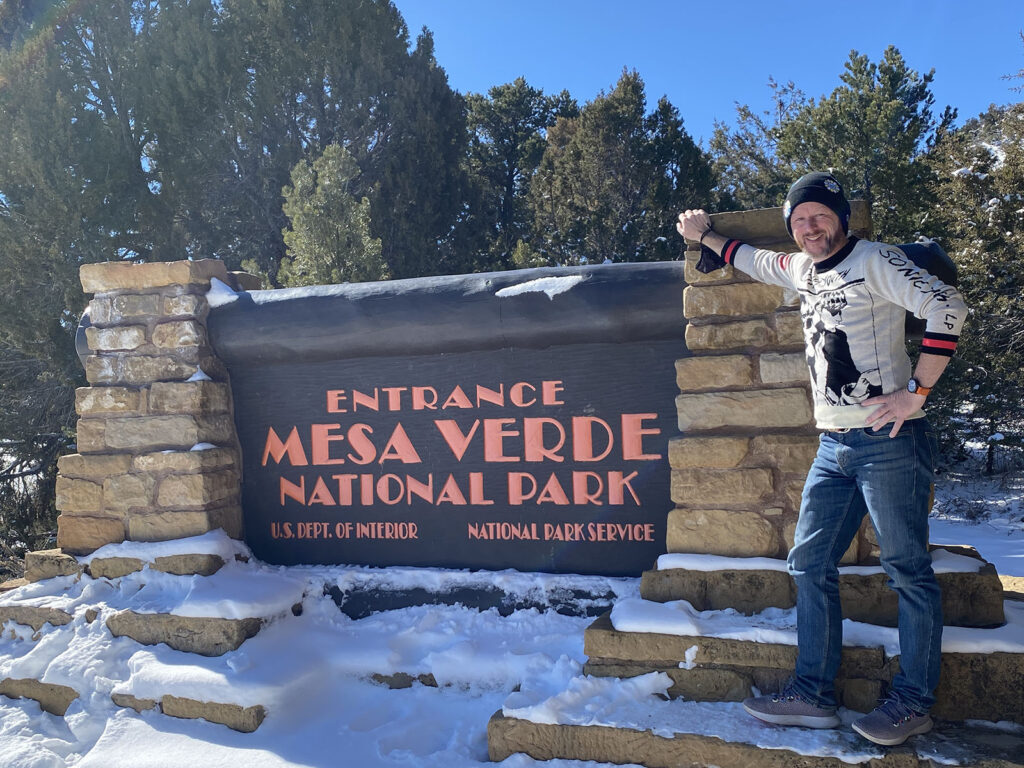 Yet another different vibe in this park. First of all, it was in the mountains and covered in snow! Thankfully the gorgeous weather of the last couple of weeks translated to clear roads so we had no troubles heading up the mountain. Secondly, this park is less of a hiking park, and more explore the ancient sites. The ost spectacular of these are the numerous cliff dwellings that can be seen incredibly perched within the cliff faces themselves. 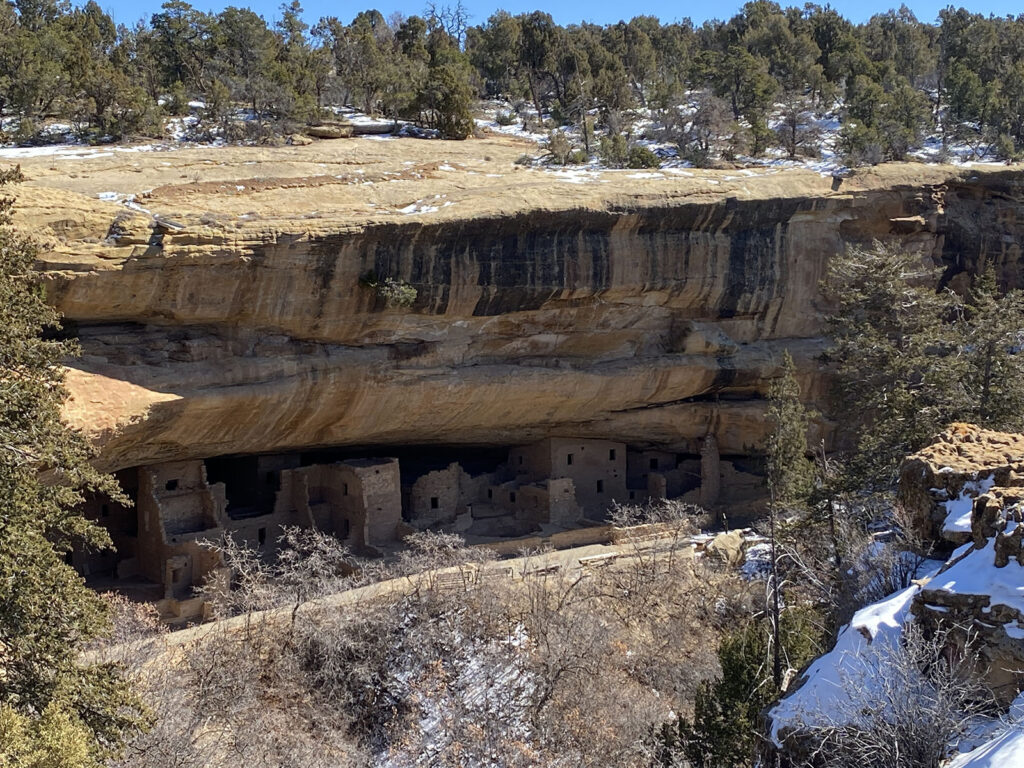 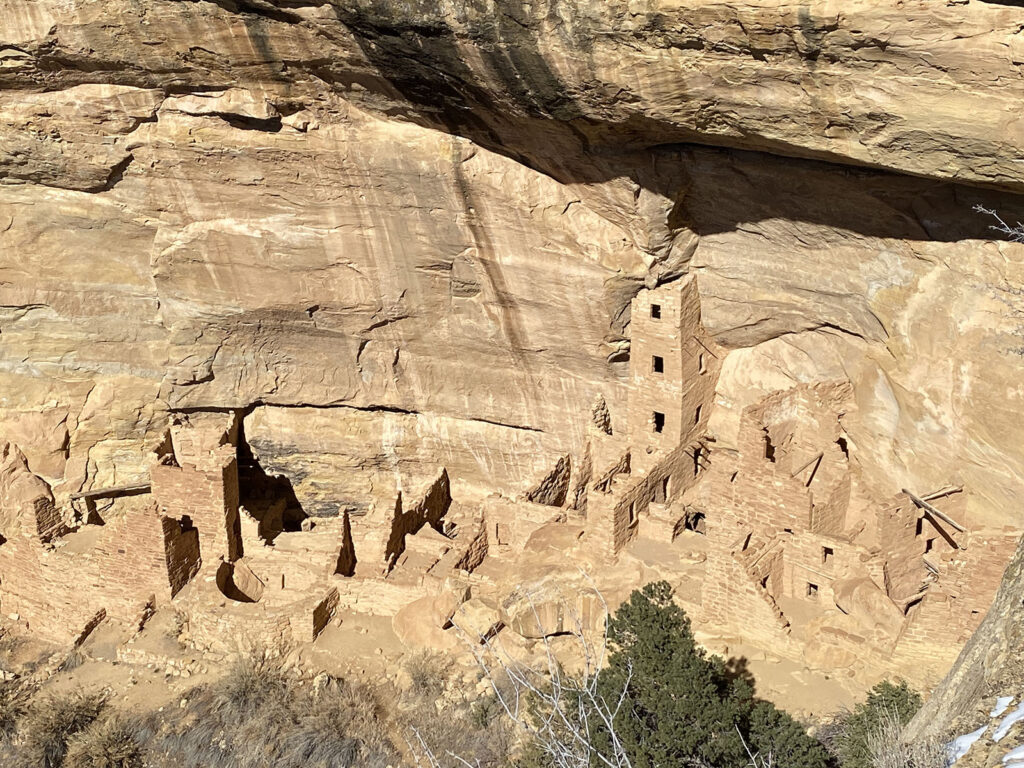 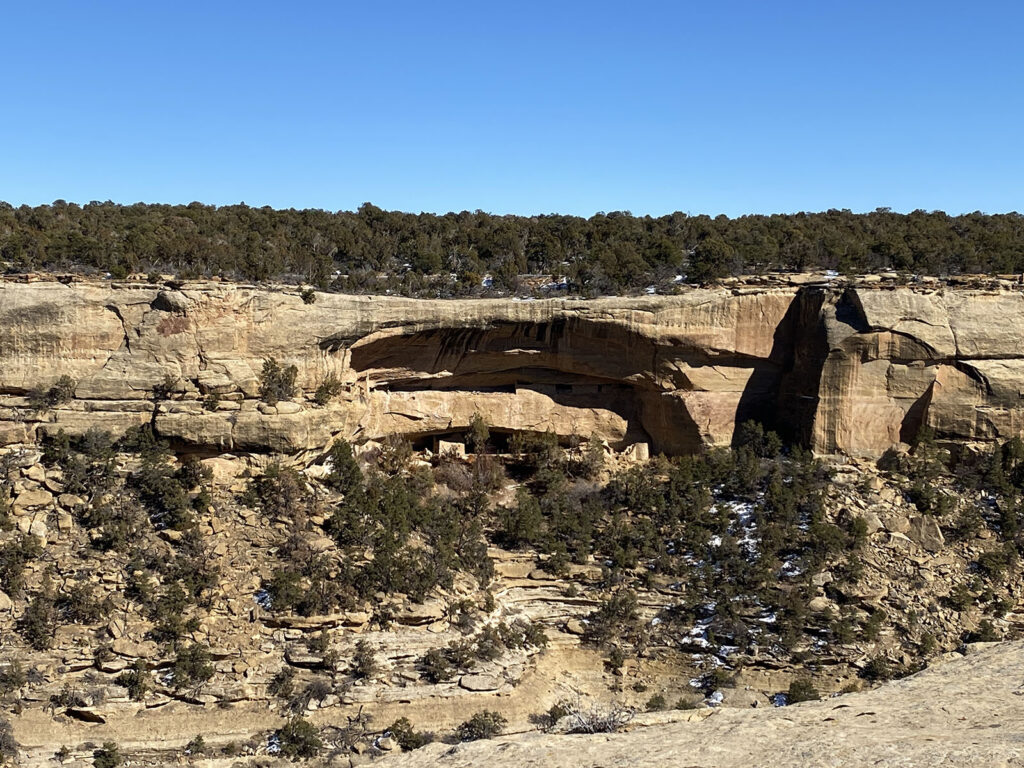 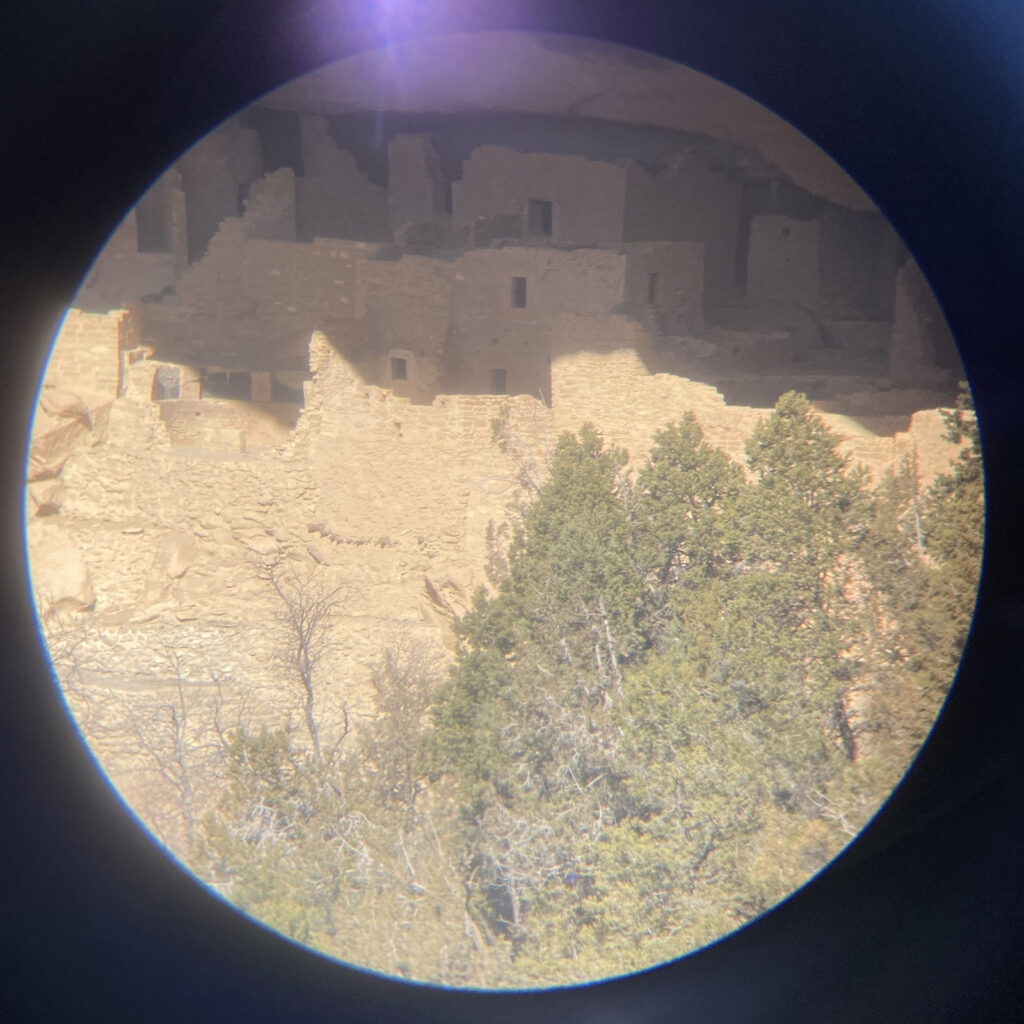 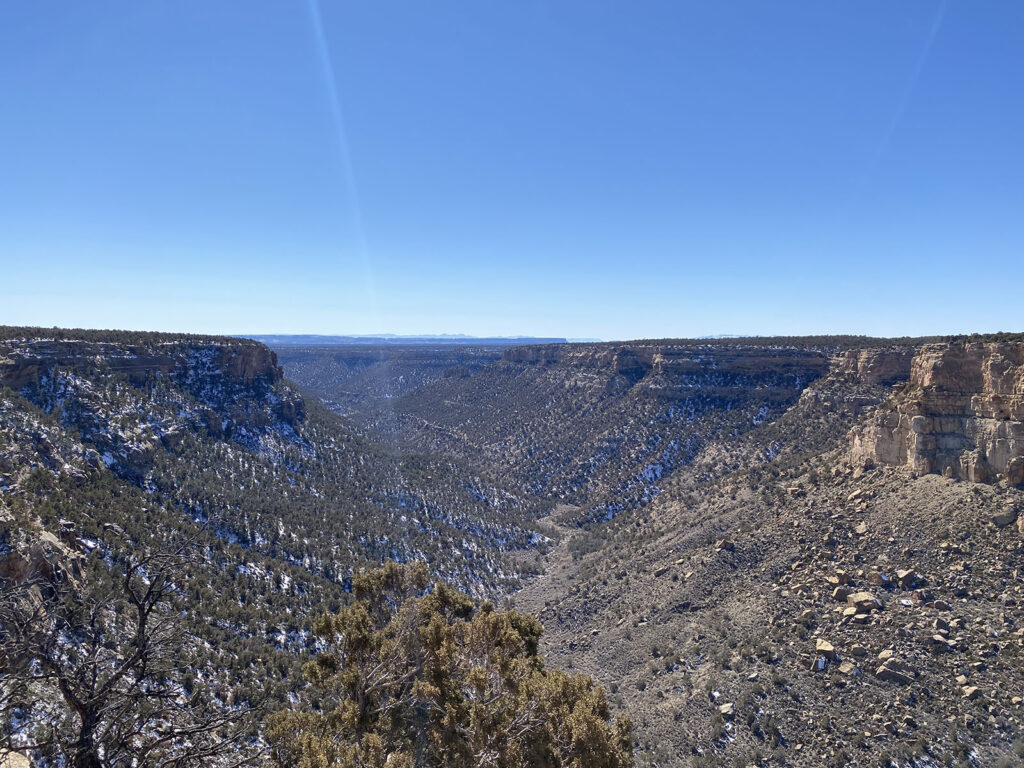 They date from more than 700 years ago and it is mind boggling to think how on earth they were lived in. Apparently there were hand and foot holes within the cliff face to get up and down. I’m brave, but not sure that brave!

We did the scenic drive to the different sites, taking our time to explore what we could. 4 hours disappeared in the blink of an eye, and so we headed down the mountain and off to our next stop. 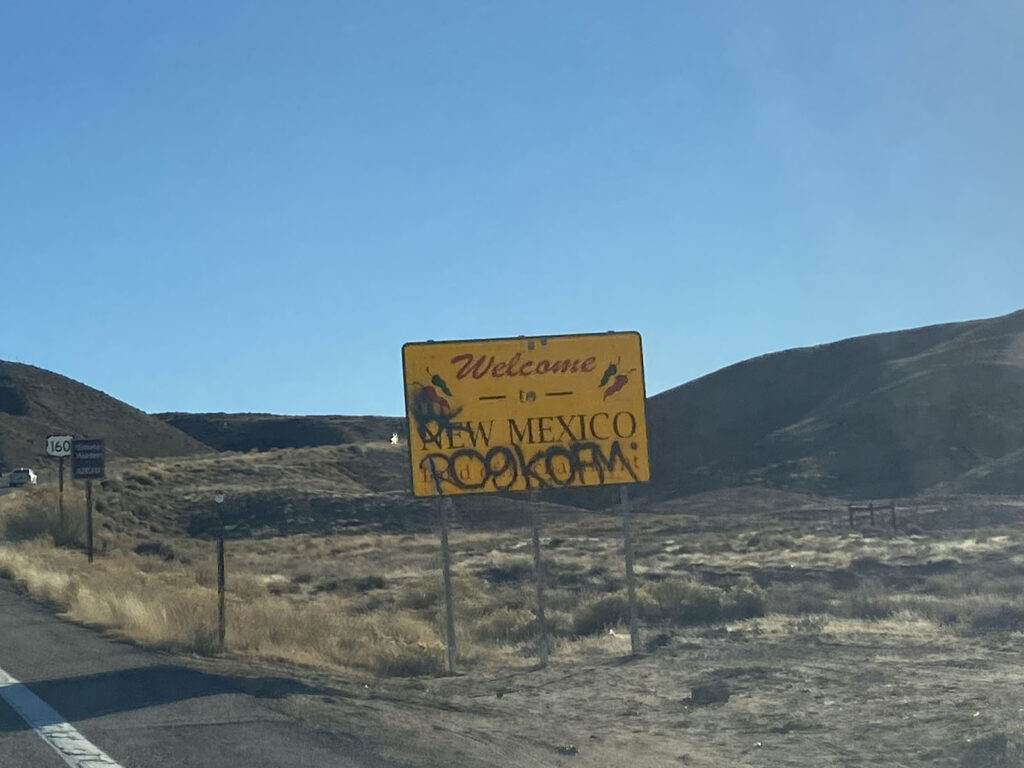 Next stop was a minor diversion, but a fun one. Who could resist visiting the point at which four different states meet! With just 10 minutes to spare before it was closed, we arrived at the Four States monument. Here, Arizona, Colorado, New Mexico and Utah meet. So technically we have now visited New Mexico too 😛 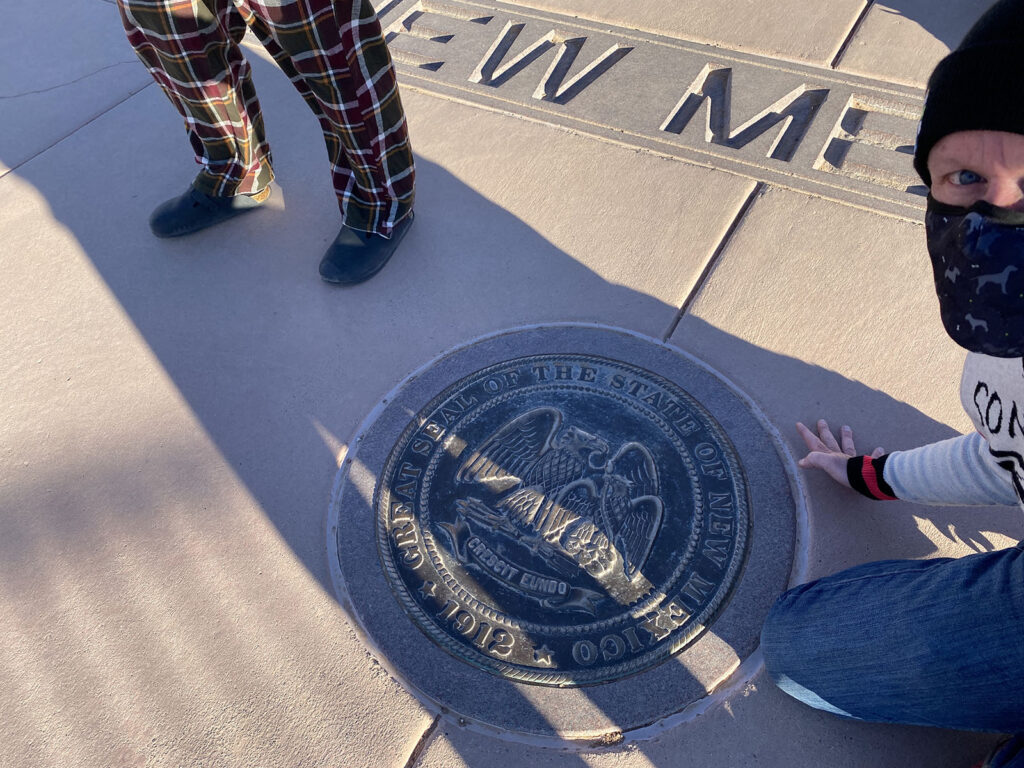 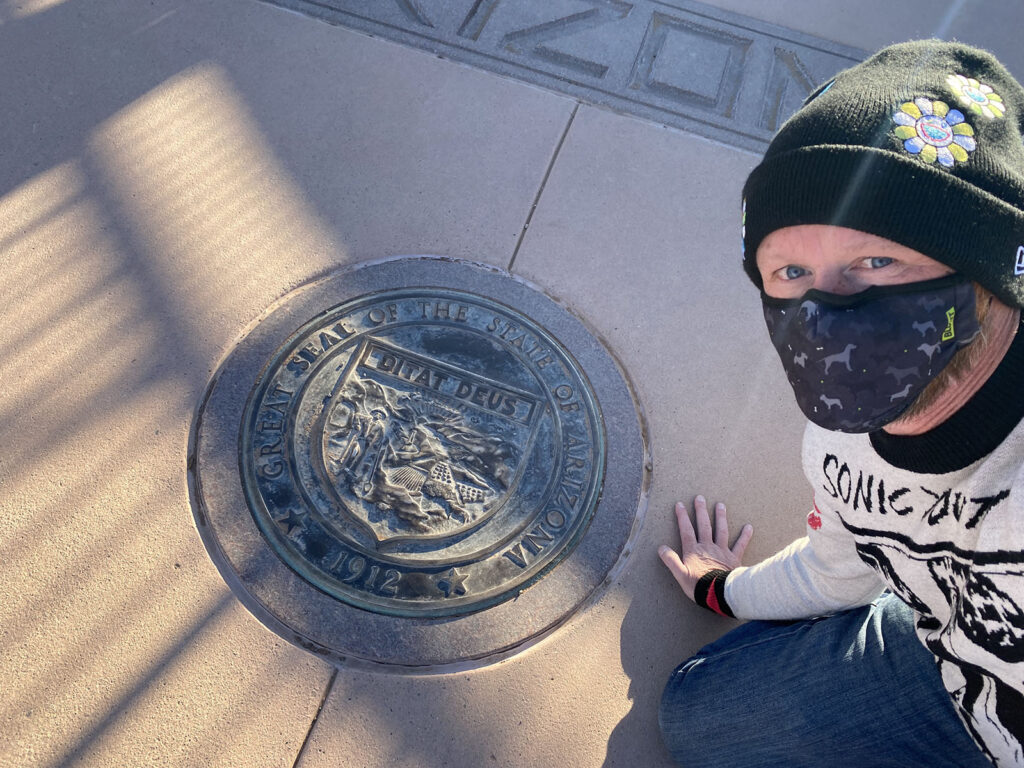 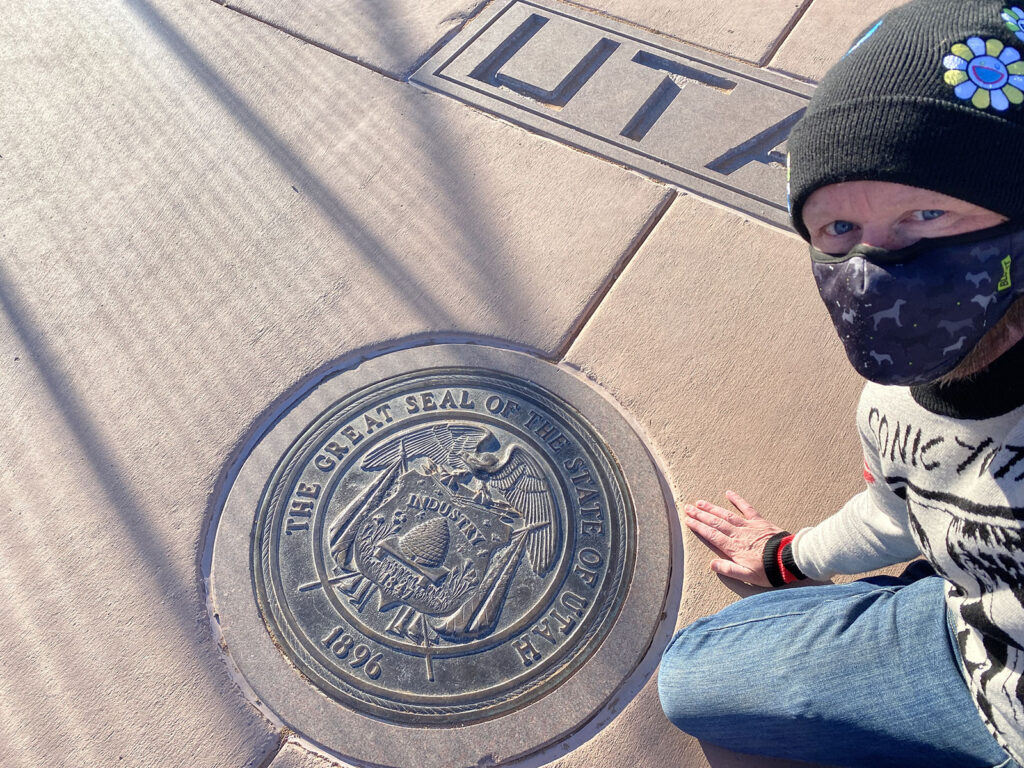 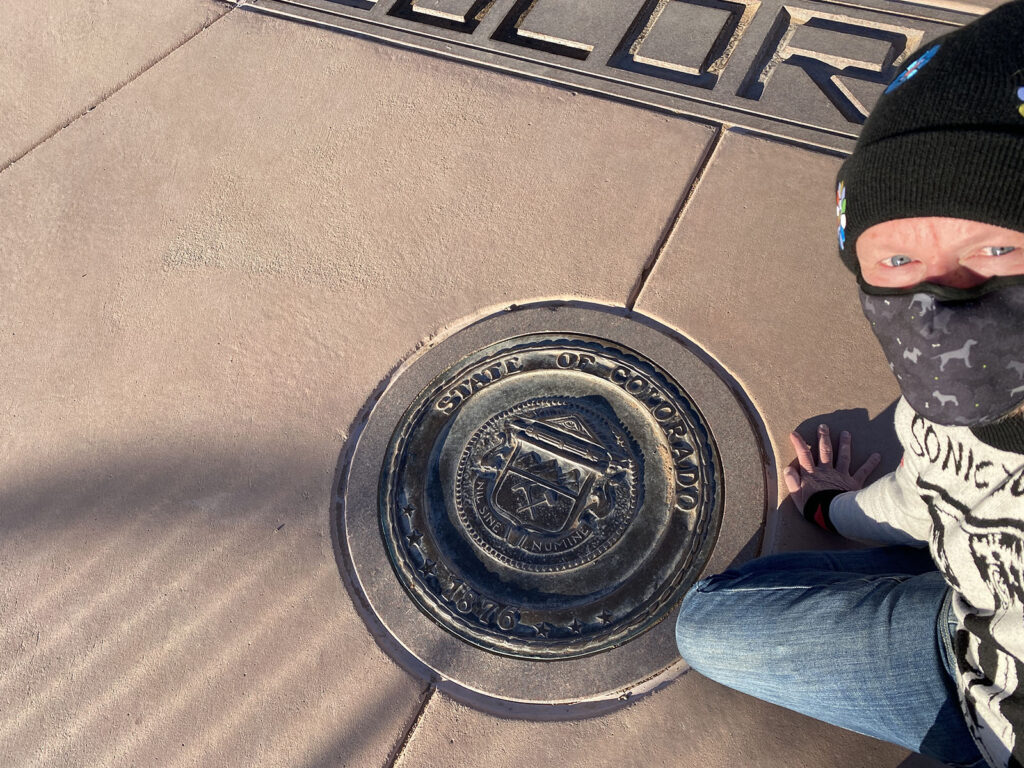 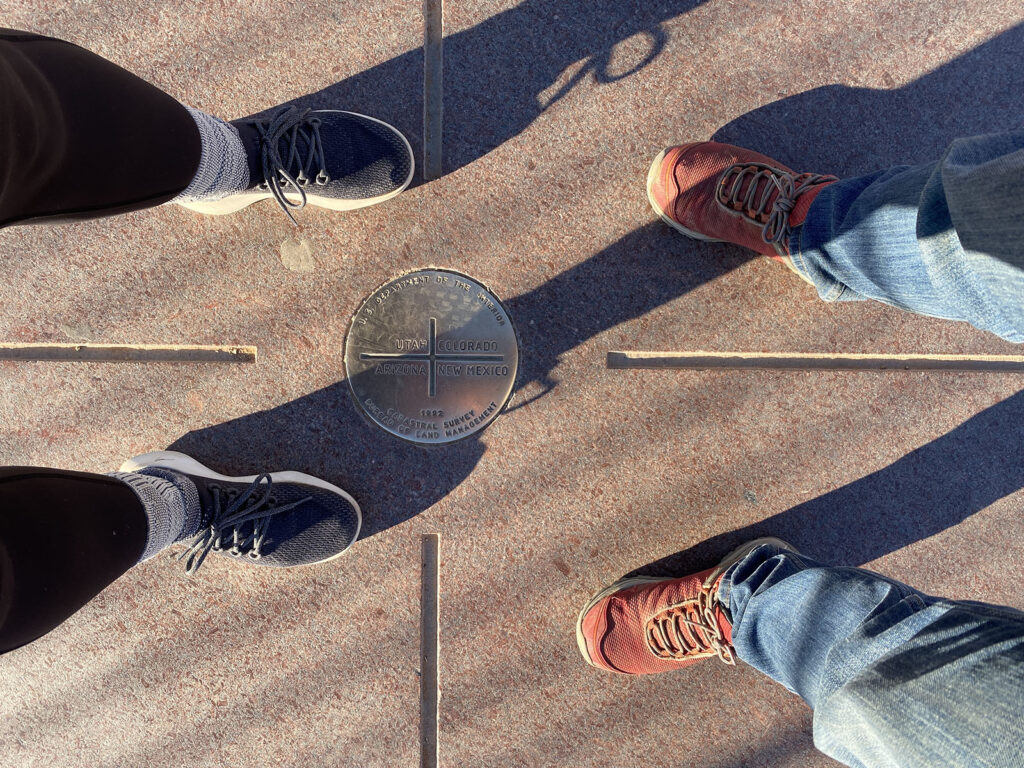 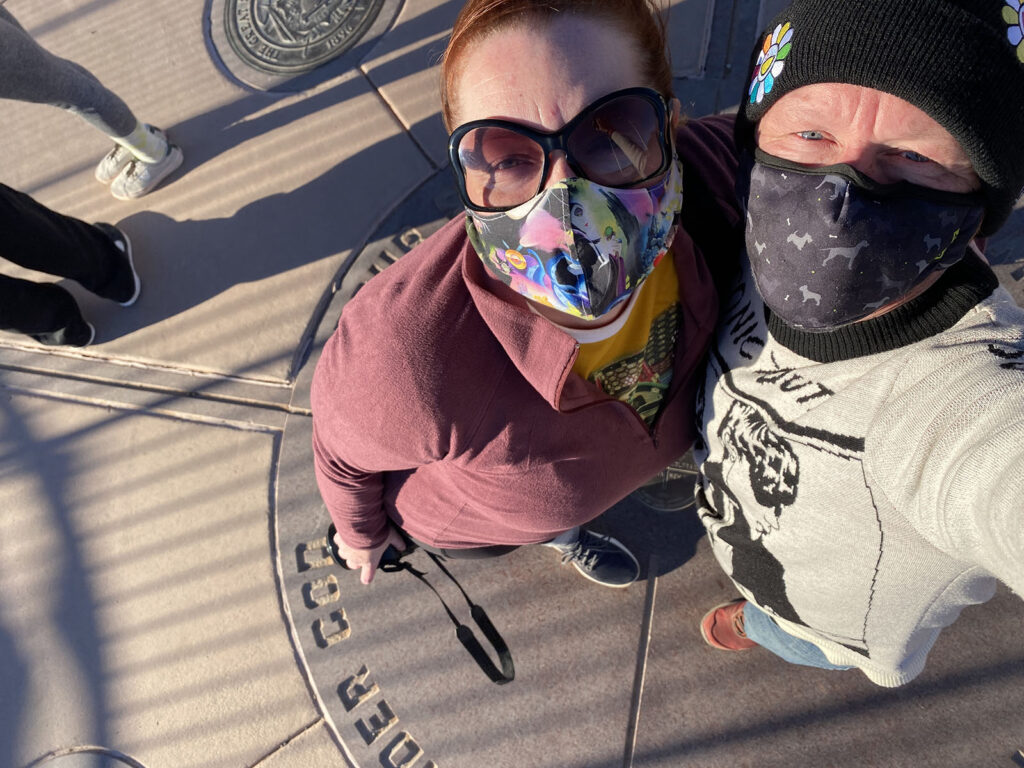 It made for some cute, kitschy, photos, and thankfully 10 minutes was all we needed.

With the sun going down we were back into Arizona (and then Utah) and those familiar red rocks reappeared. This time a bit different though as it was more the classic “cowboy” landscape of those 50’s films. We arrived into Monument Valley itself, staying at Gouldings Lodge, previously used to house all the movie stars who would make their way out here to shoot their films. 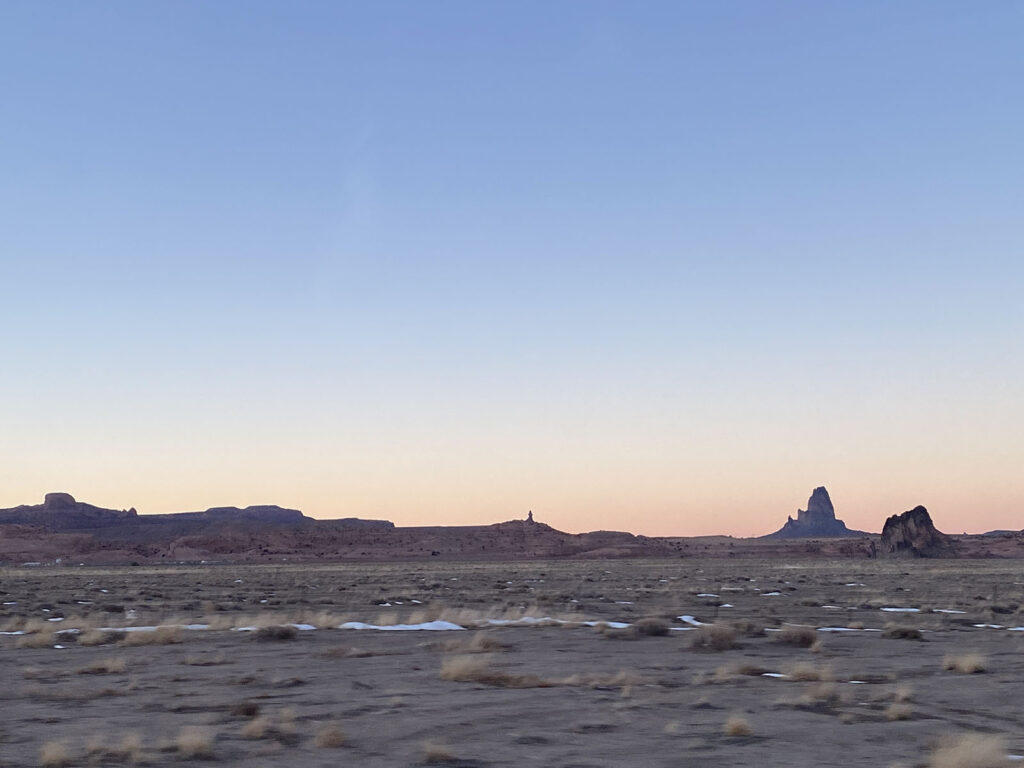 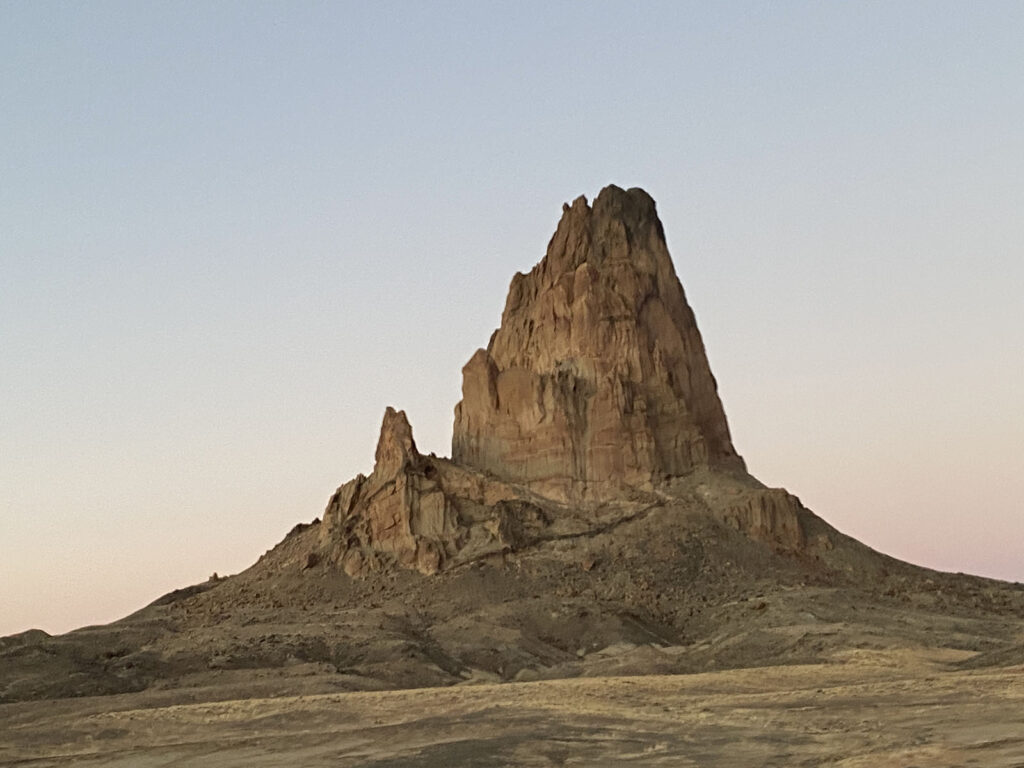 Read More From Mesas to Monuments