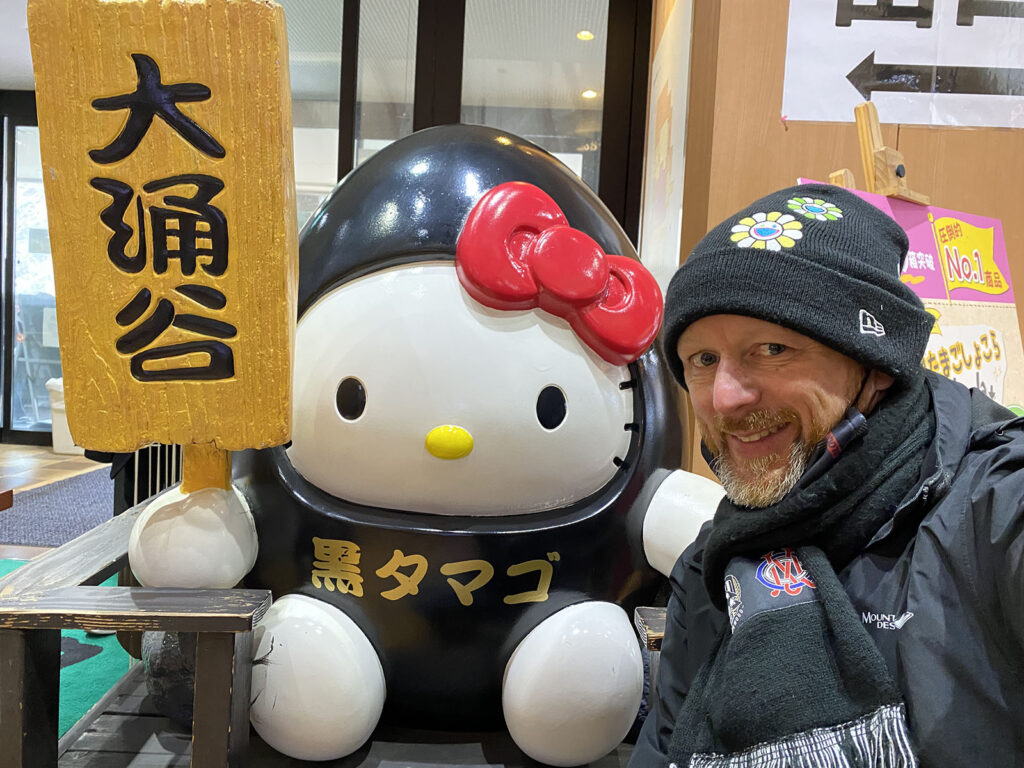 We awoke to some nice views from our room, but knew that the day was meant to turn later. So we made a reasonably early start by heading downhill to the train station to begin our “5 modes of transport” journey. 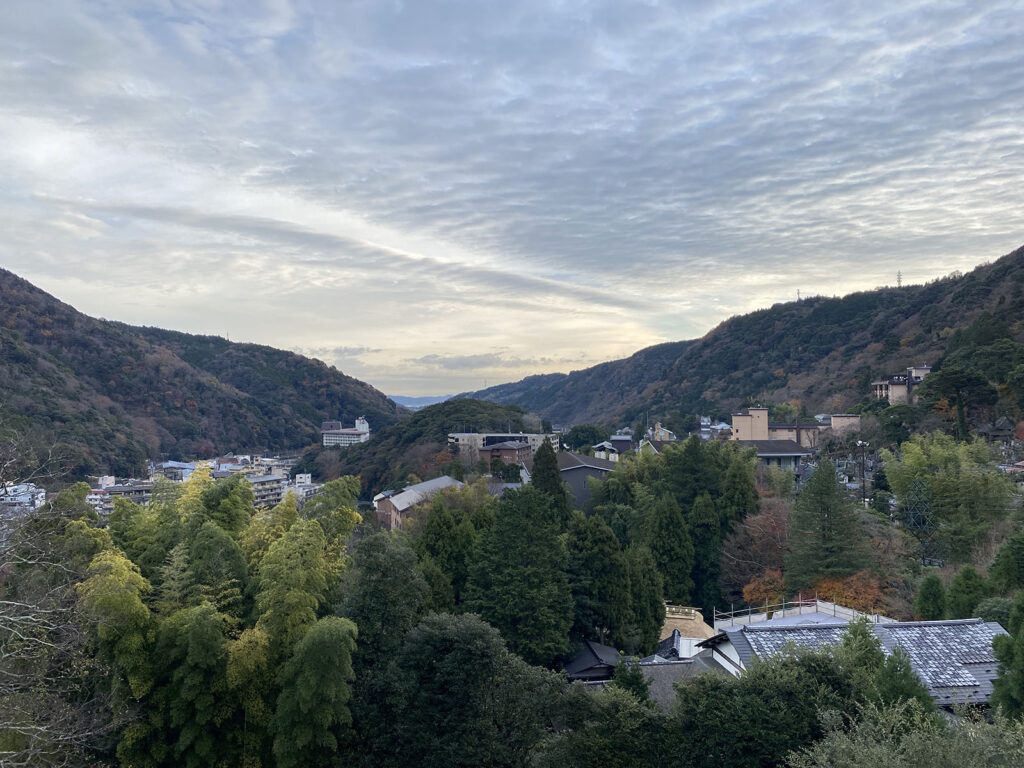 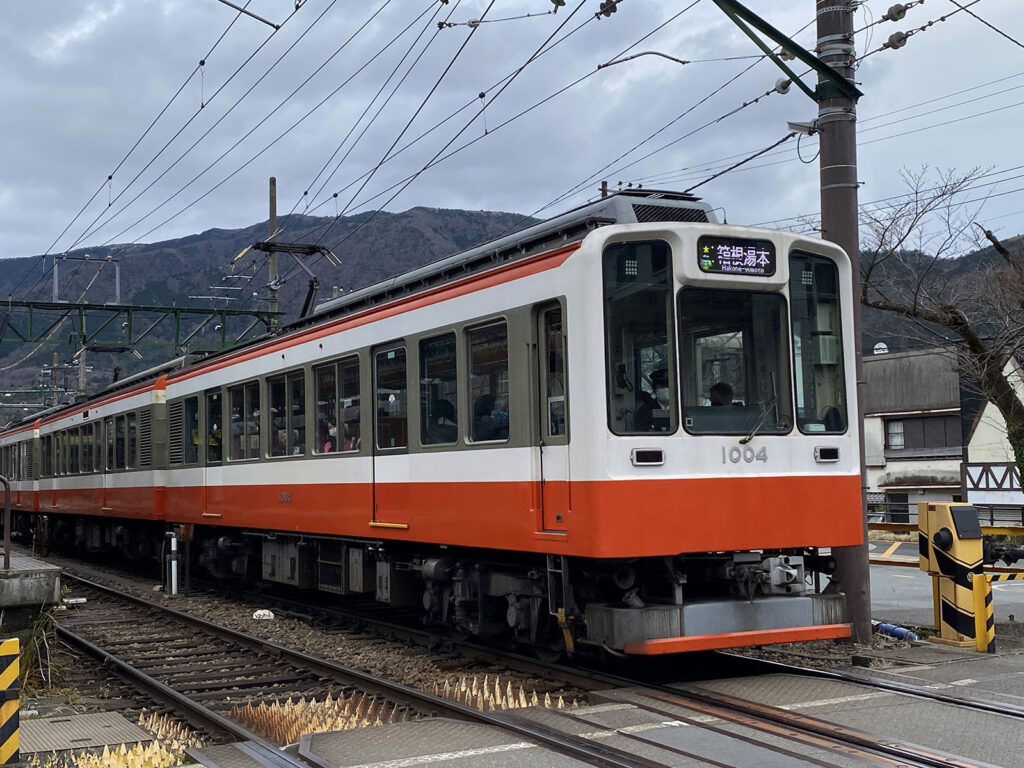 We started with an old train that wound its way up into the mountains. It was even complete with switchbacks every now and then for the drive to deal with.

We jumped off at the Hakone Open Air Museum, which was a gorgeous outdoor gallery nestled in the mountains. The weather was still playing nice, so it was lovely to wander around for a couple of hours. 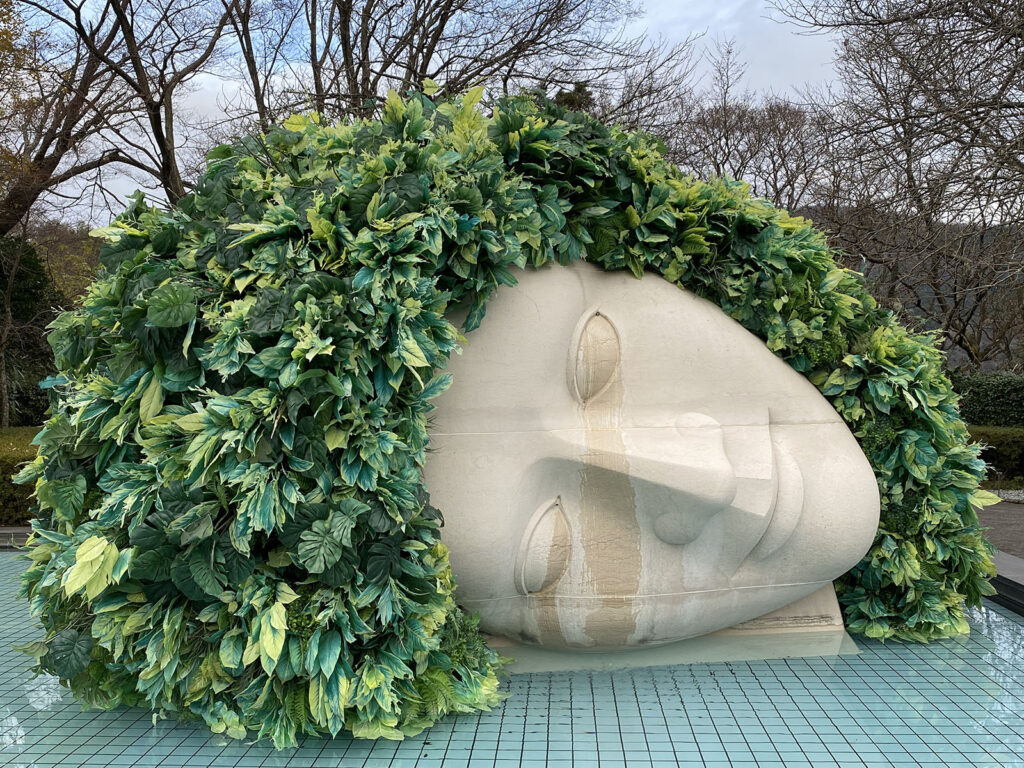 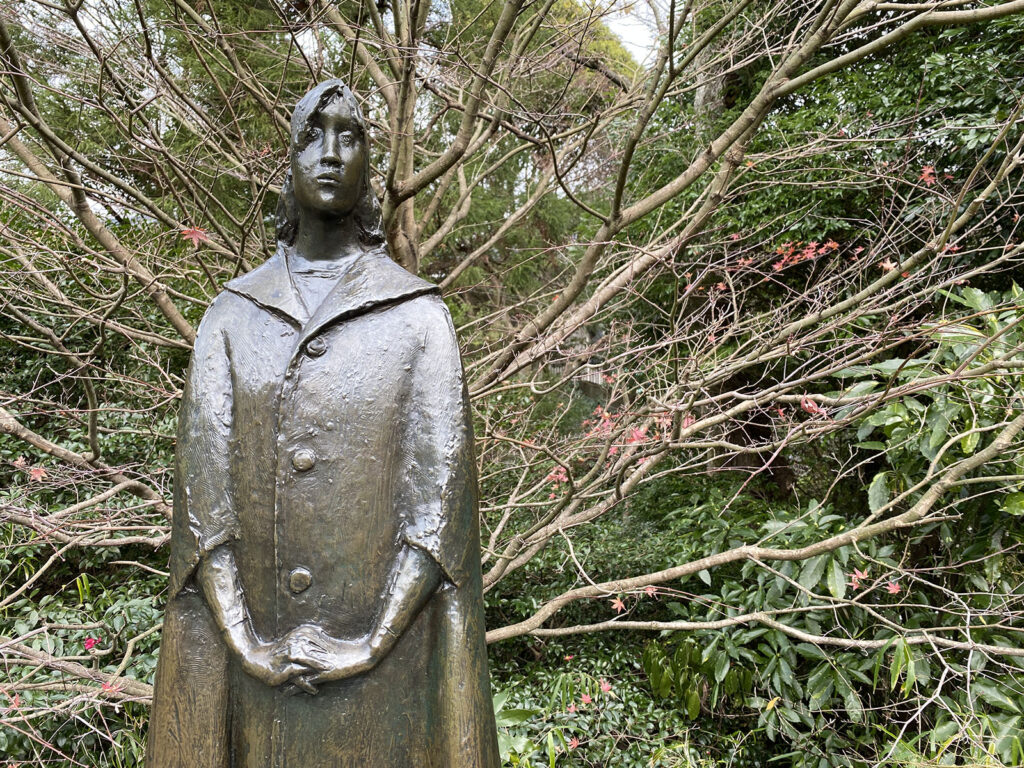 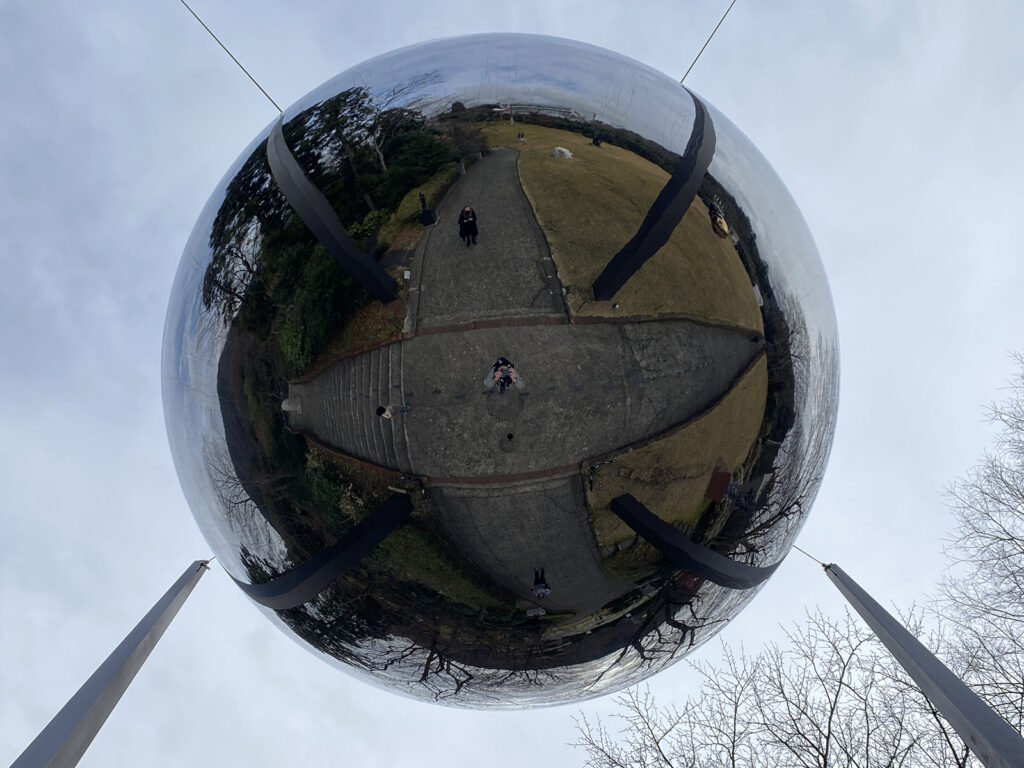 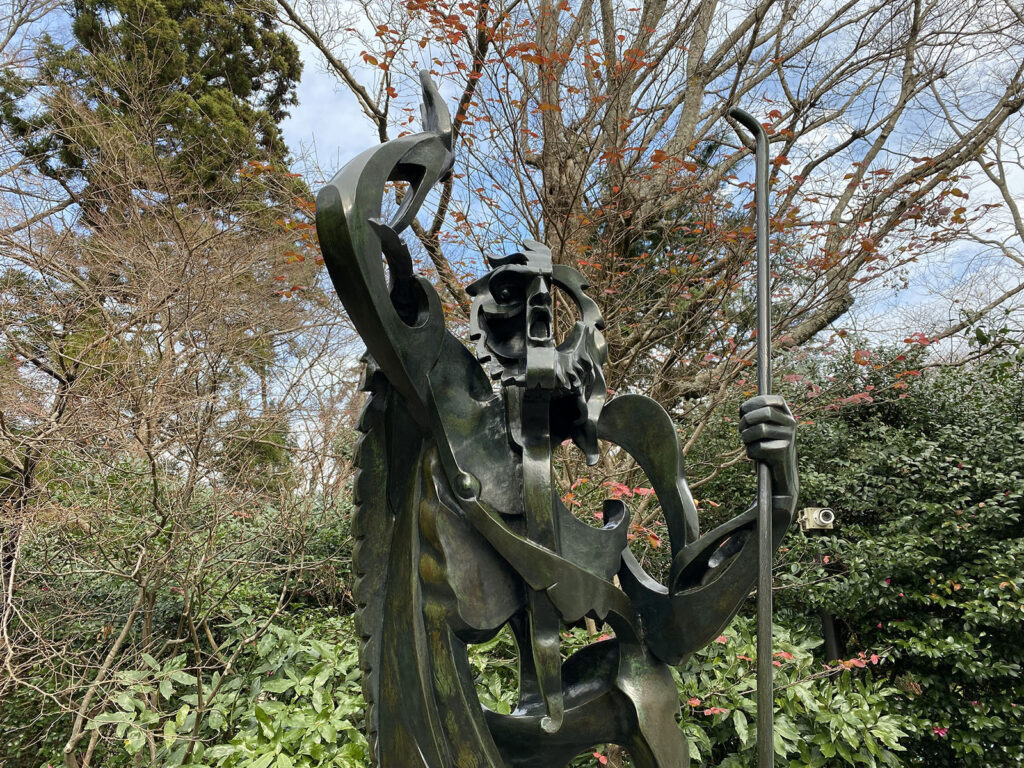 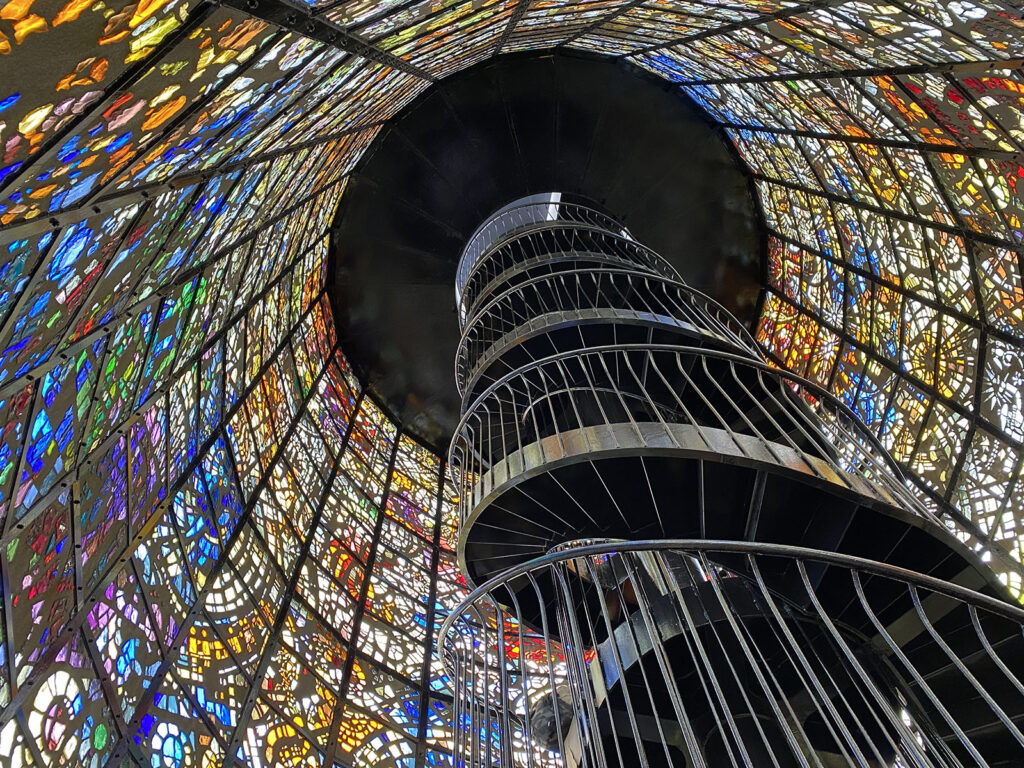 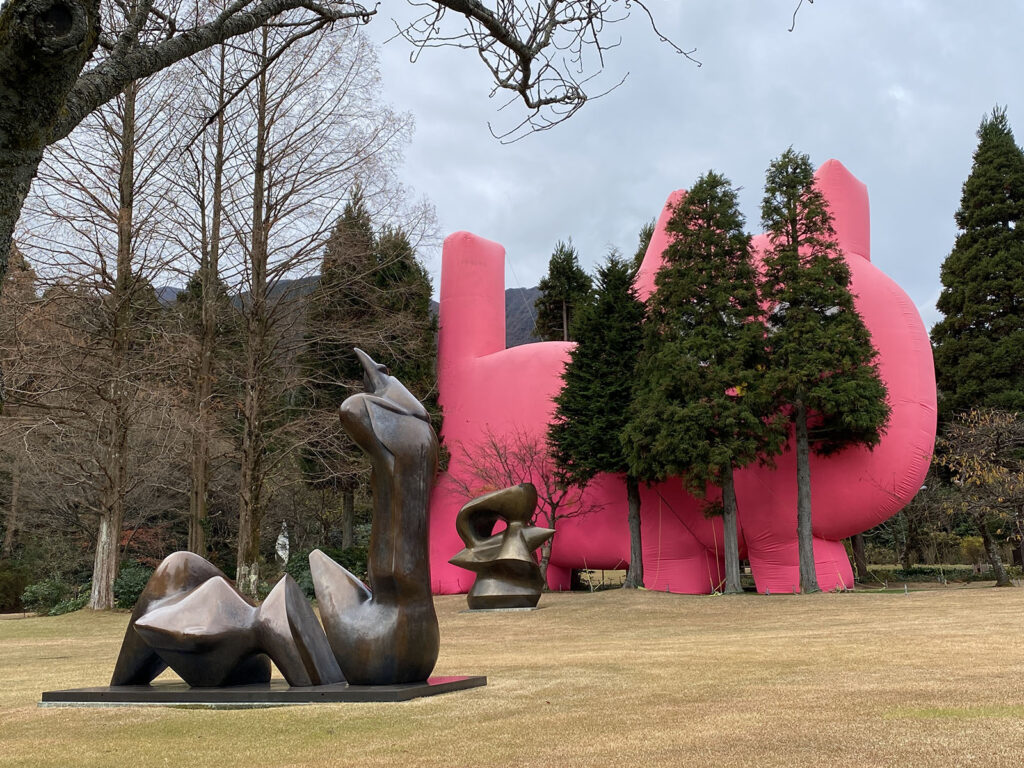 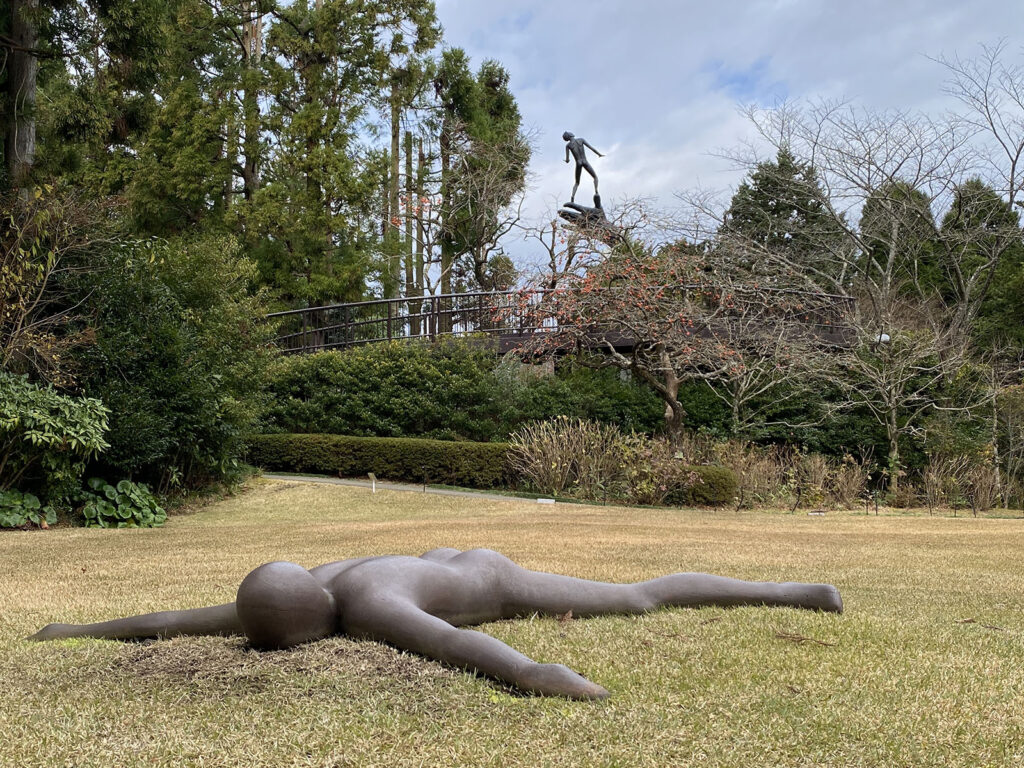 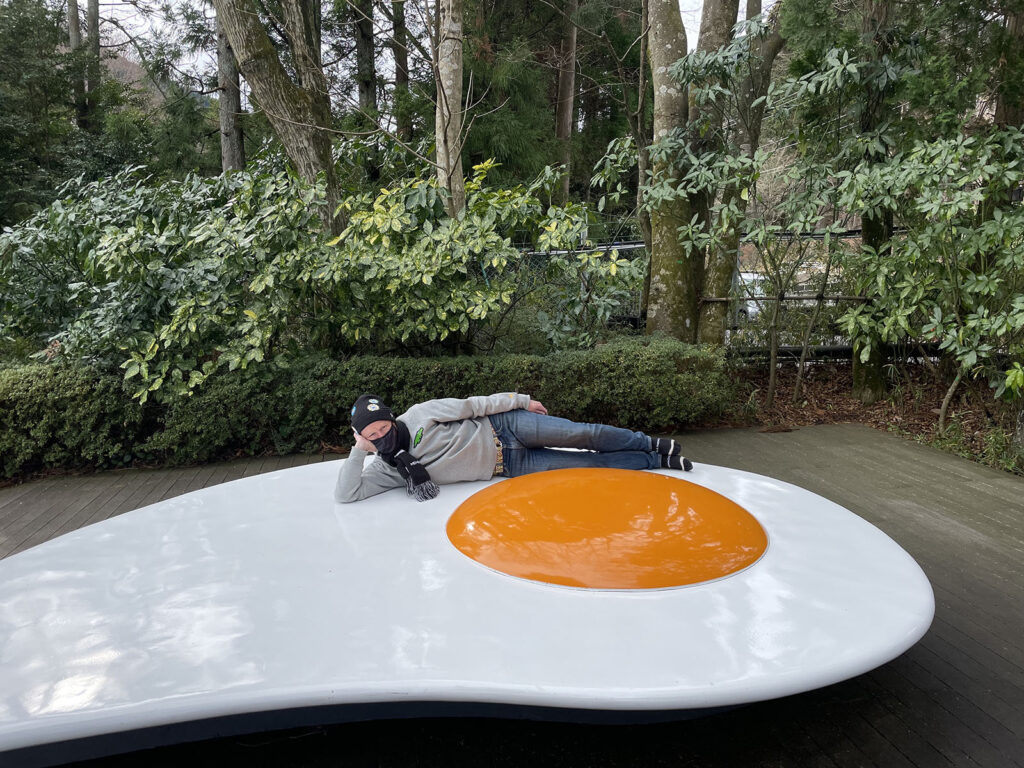 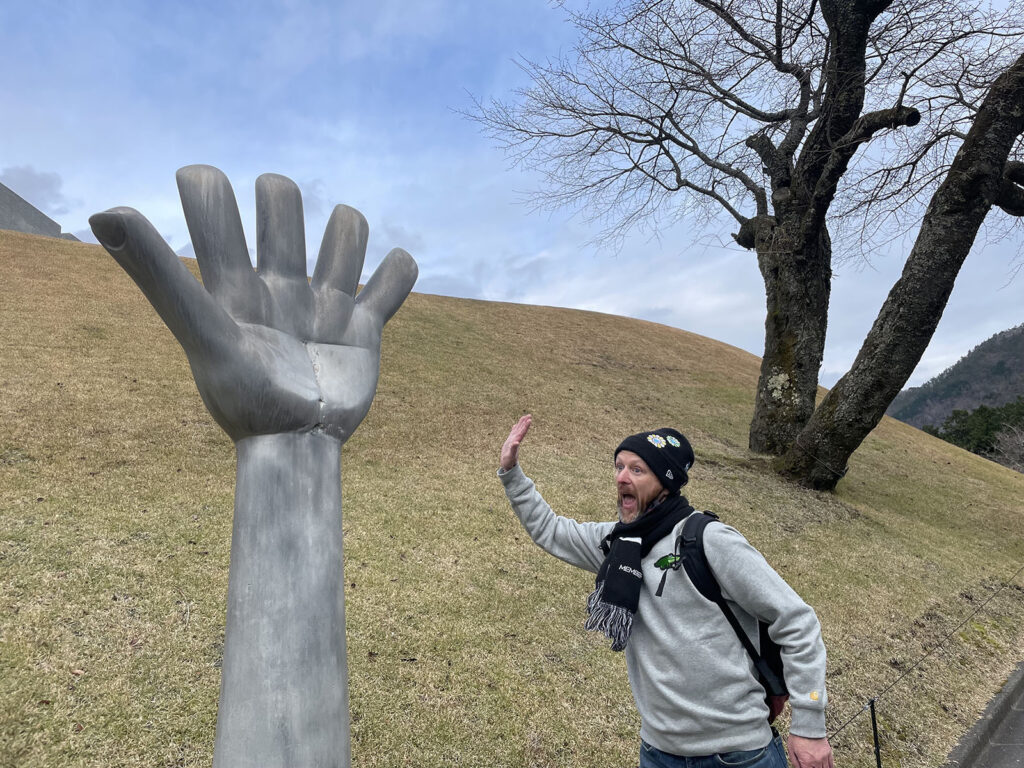 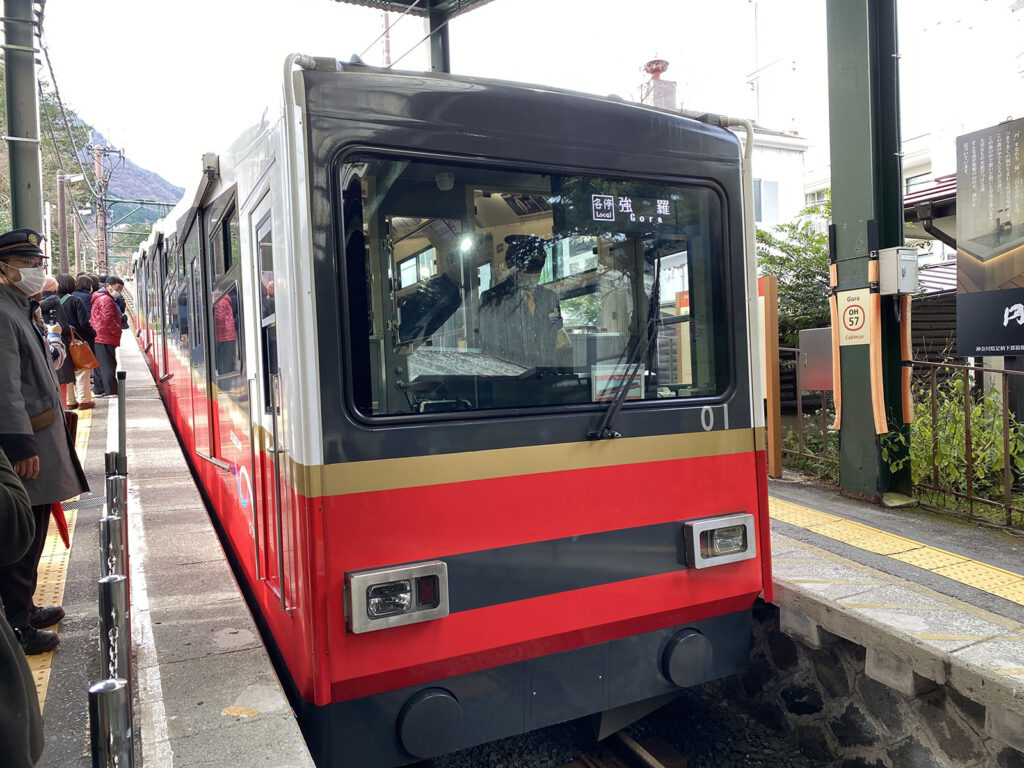 Next it was on a funicular to head uphill a few stops before reaching the cable car that would take us up and over the mountains toward the lake. 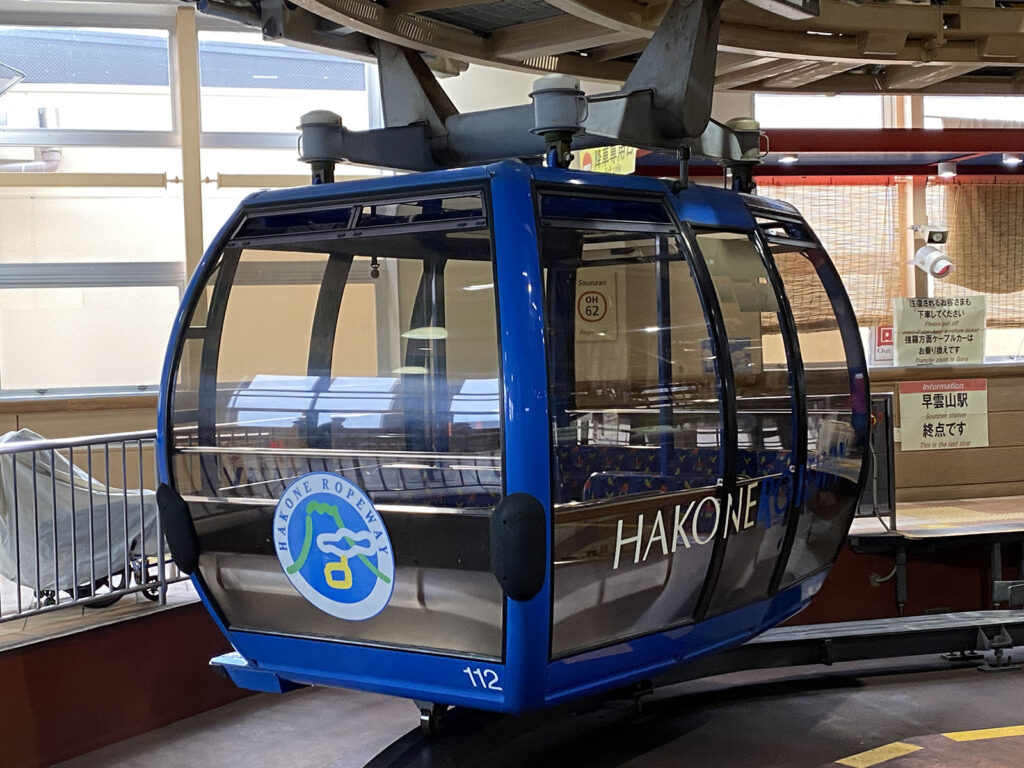 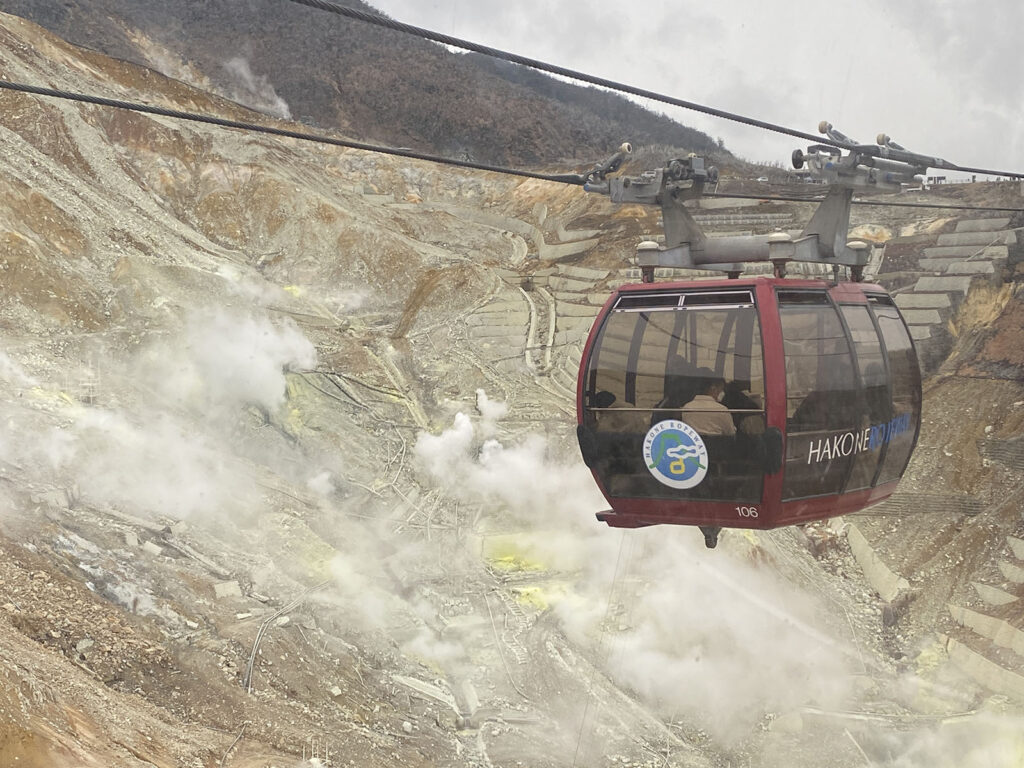 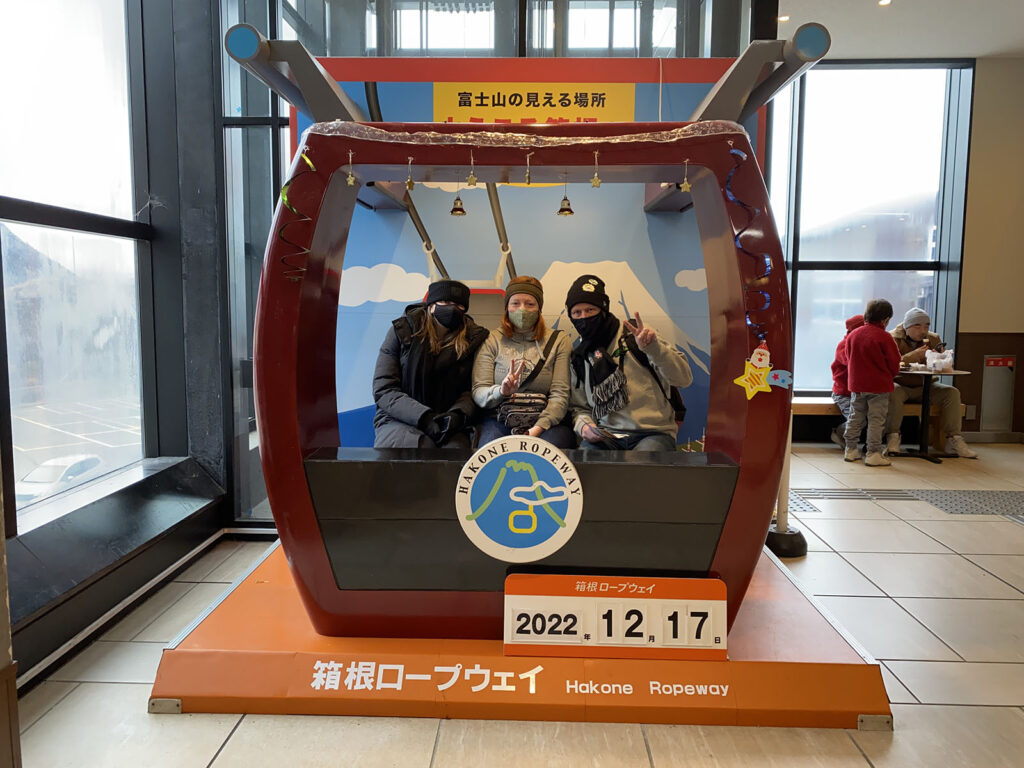 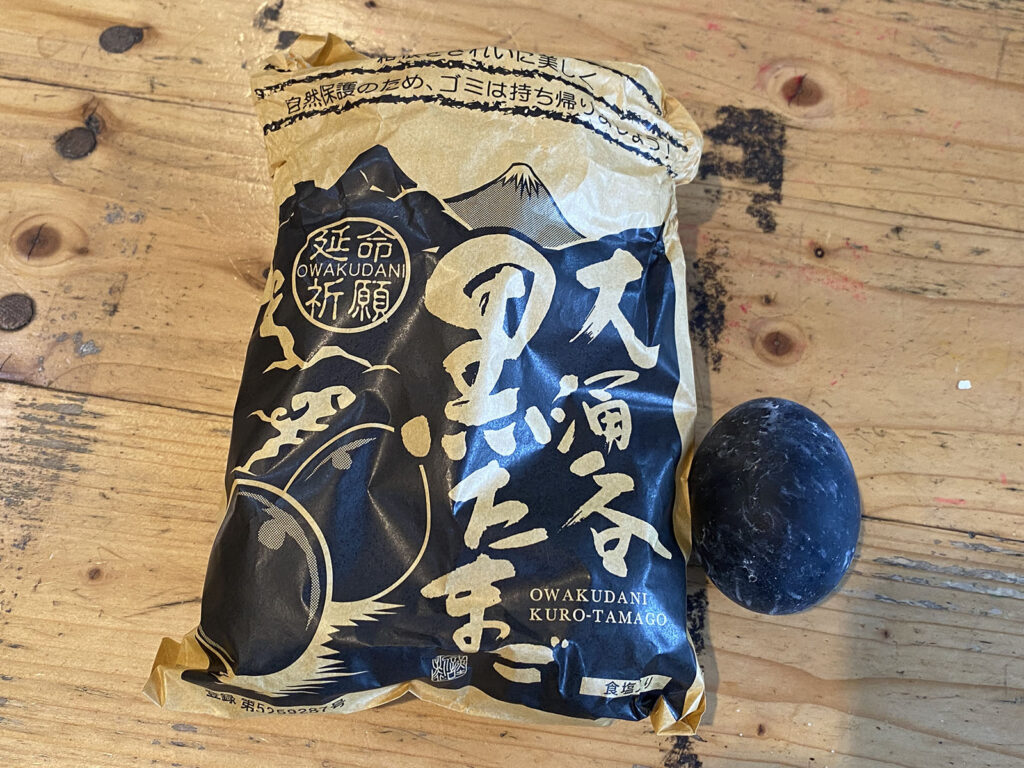 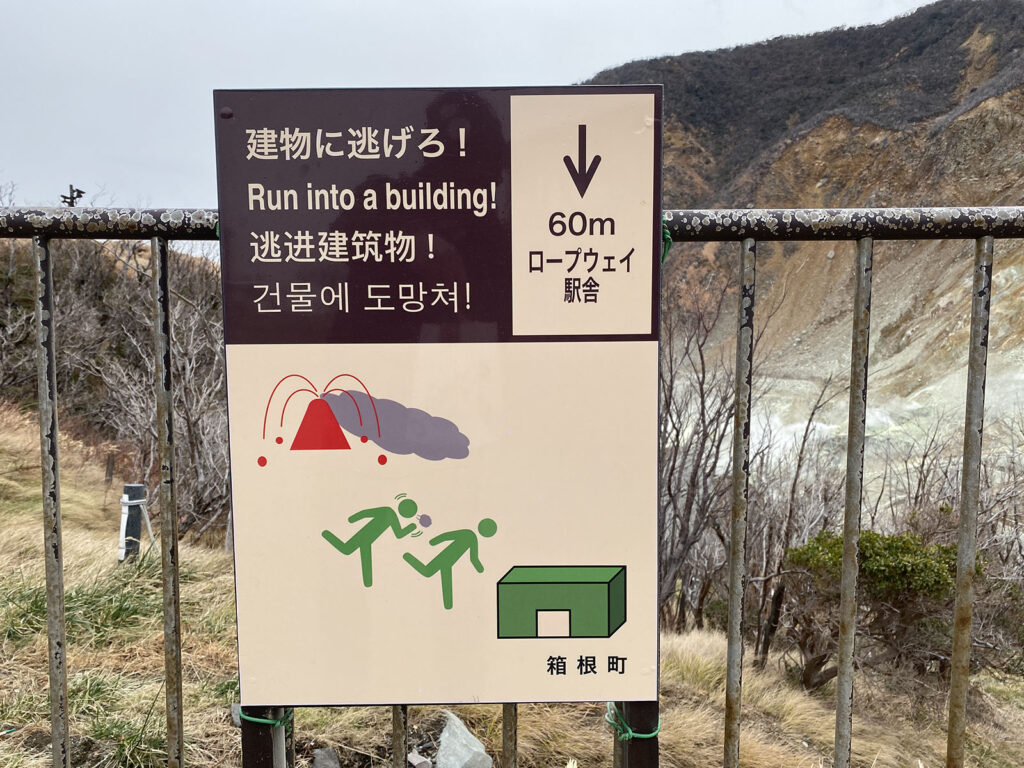 Midway we stopped at Owakudani, high up. It was super windy and cold, but we had to stop for their one famous thing… sulphur boiled eggs. What makes them special? Well, they come out black! And that’s kind of it really. It is said that eating one extends your life by 7 years, but really I was just keen to try one. And how were they? Just like a regular hard boiled egg!

After that, it was down the other side of the mountain to the lake. By this time the weather had settled in and was cold, and grey and drizzly. Oh well. Regardless, it was time to jump on transport mode number 4… a pirate ship! Yep, you read right. A pirate ship across the lake. 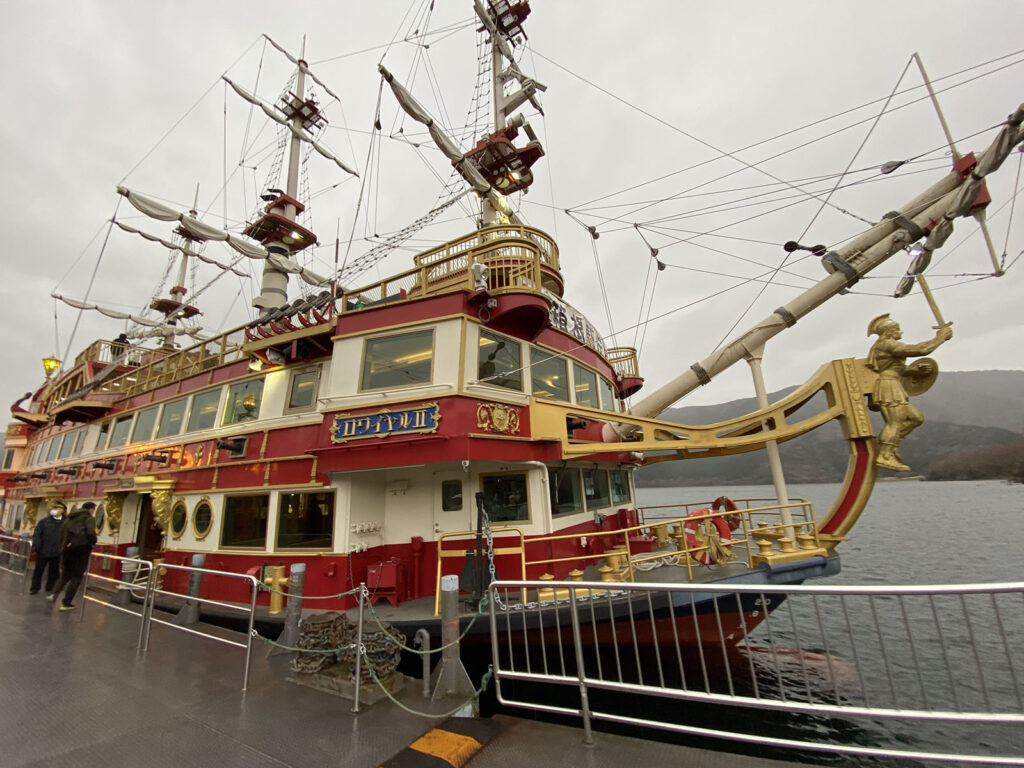 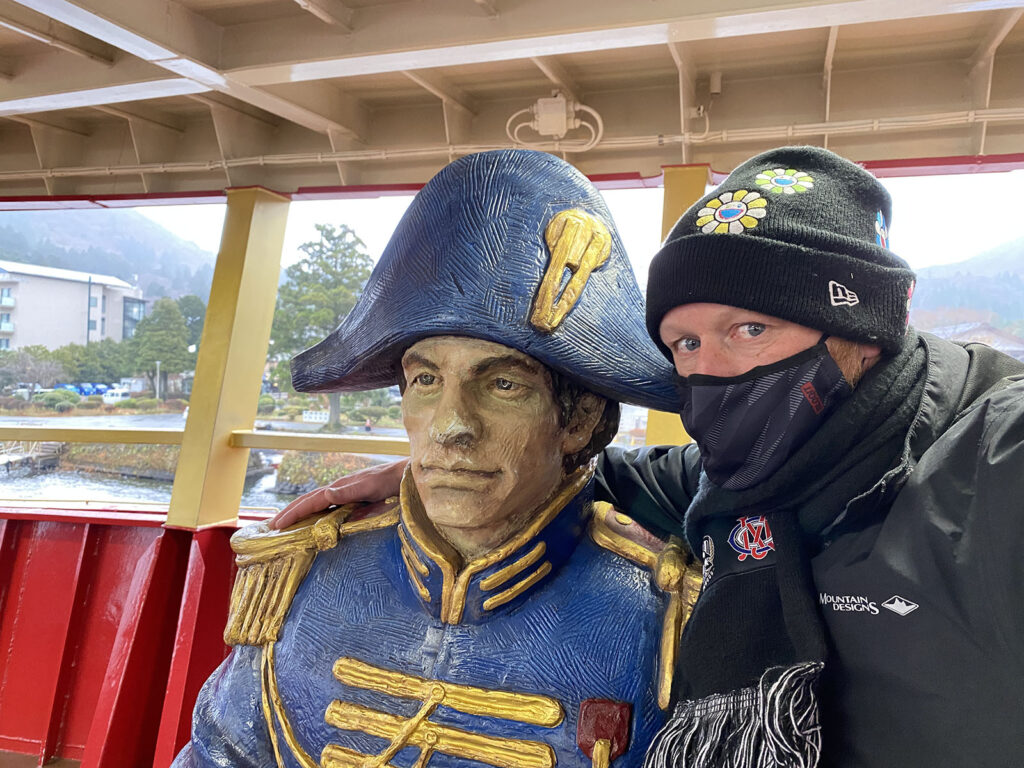 I imagine in summer it would be glorious, but for us it was just a bit cold. And so alas Fuji was just nestled away hiding in the clouds as we thought may have happened. You win some you lose some. 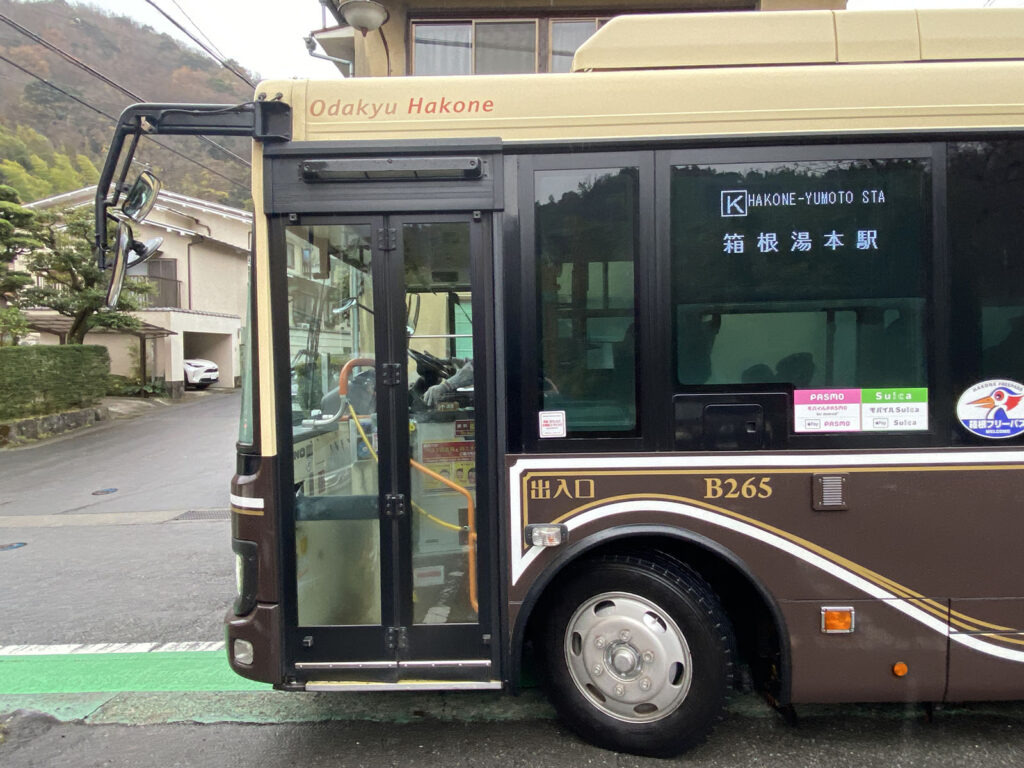 We got back to the room and rested for a bit. I enjoyed some more onsen before heading out for more Izakaya. Yummmmm.