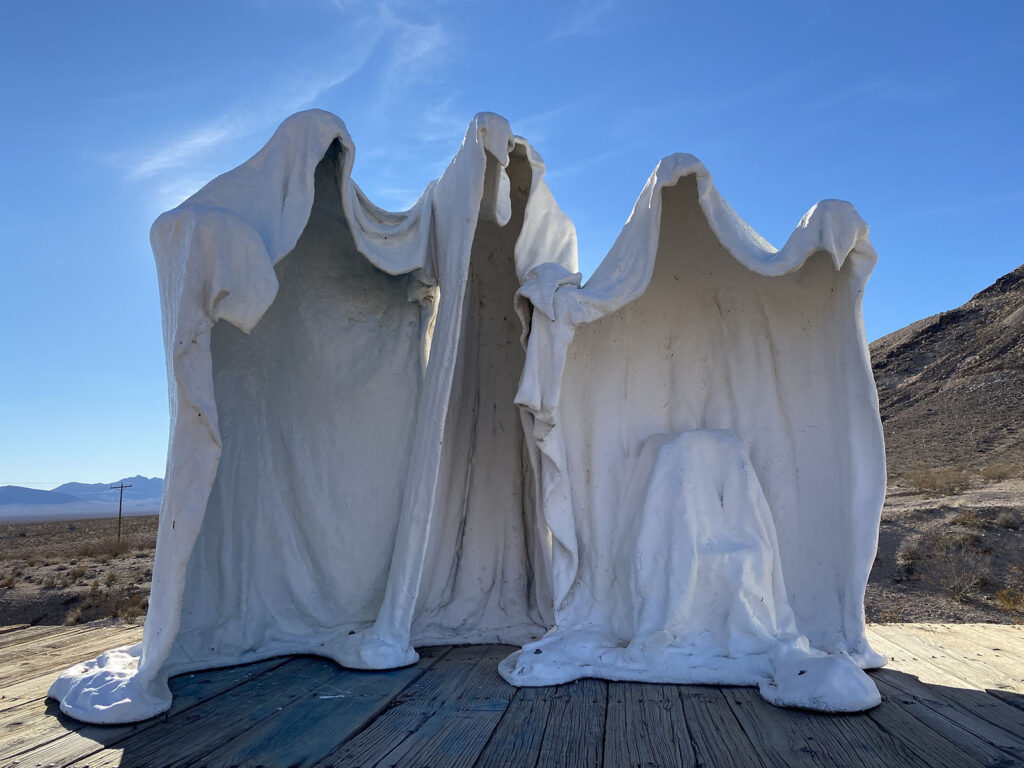 This one was a slower pace to yesterday, as we saw most “the hits” yesterday. I started the day nice and early and left the room a bit after 7am for a morning hike. I visited the Golden Canyon, one of the main sites/hikes that we didn’t get to yesterday. It is also a last piece of the Star Wars puzzle. 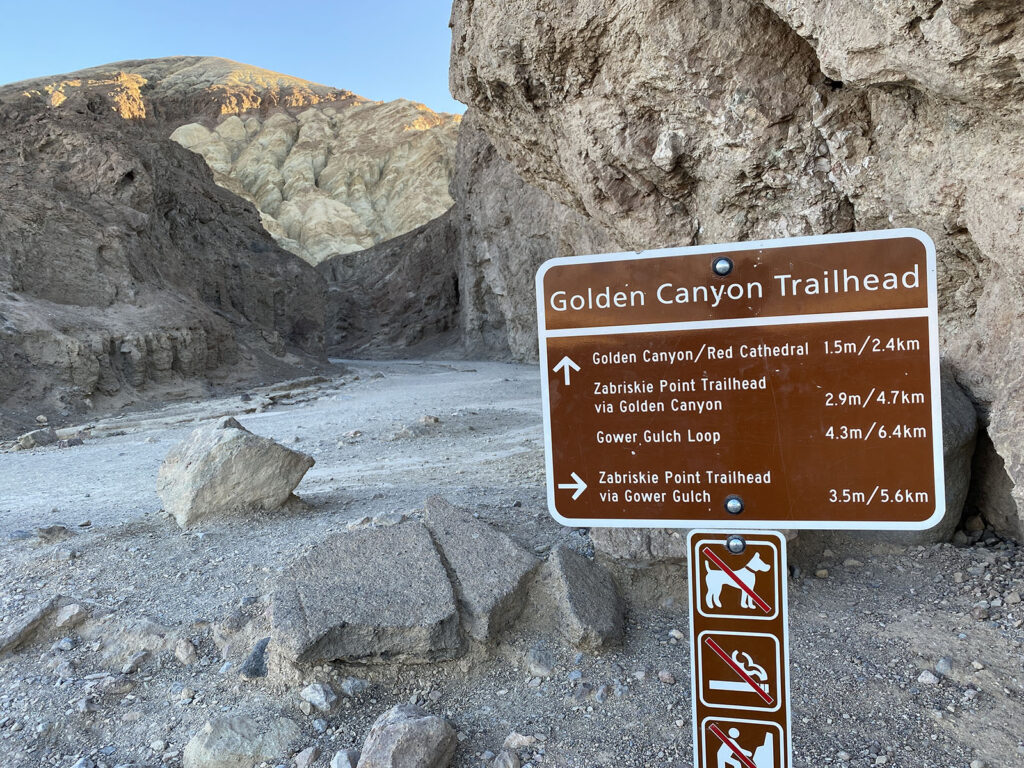 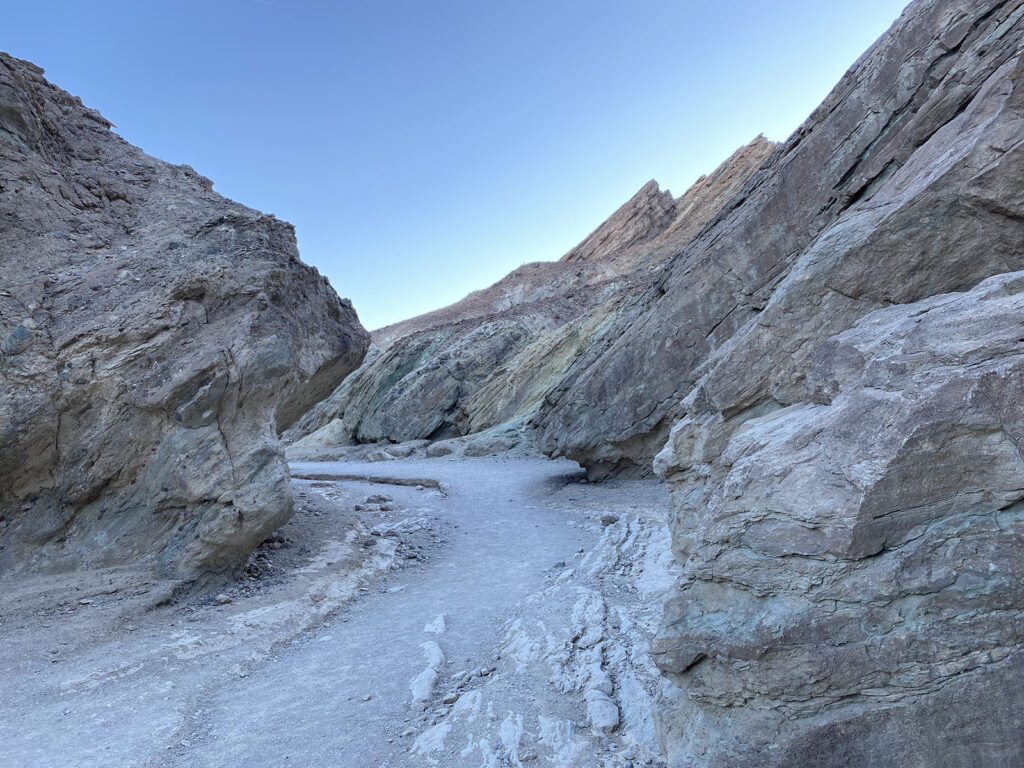 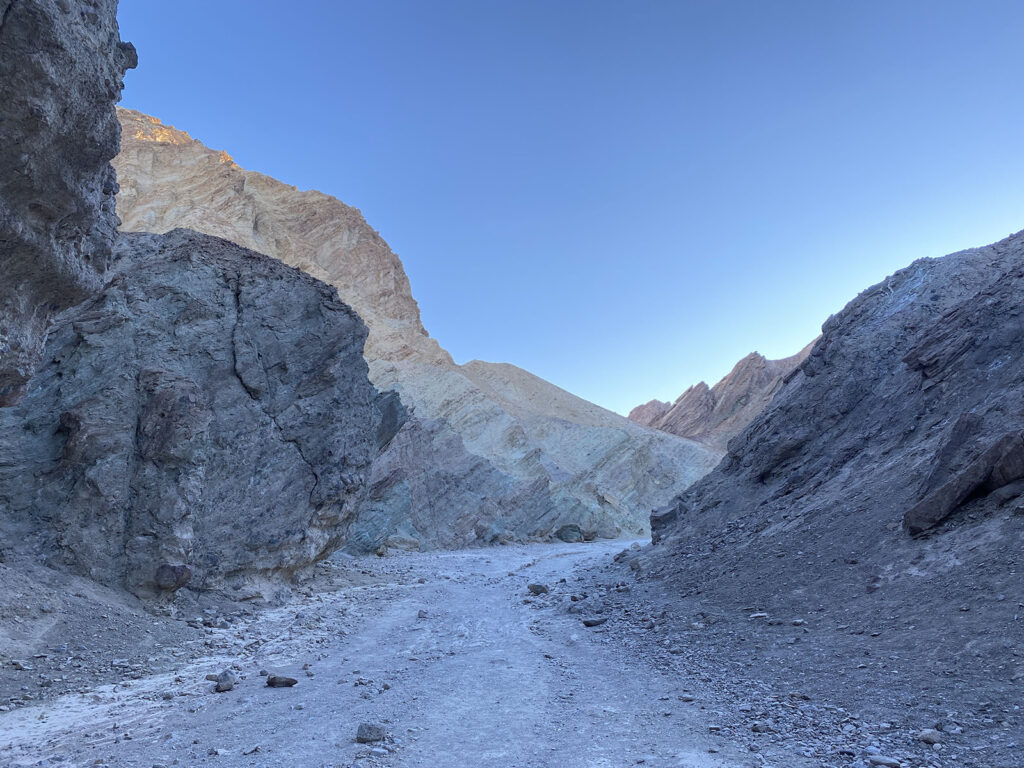 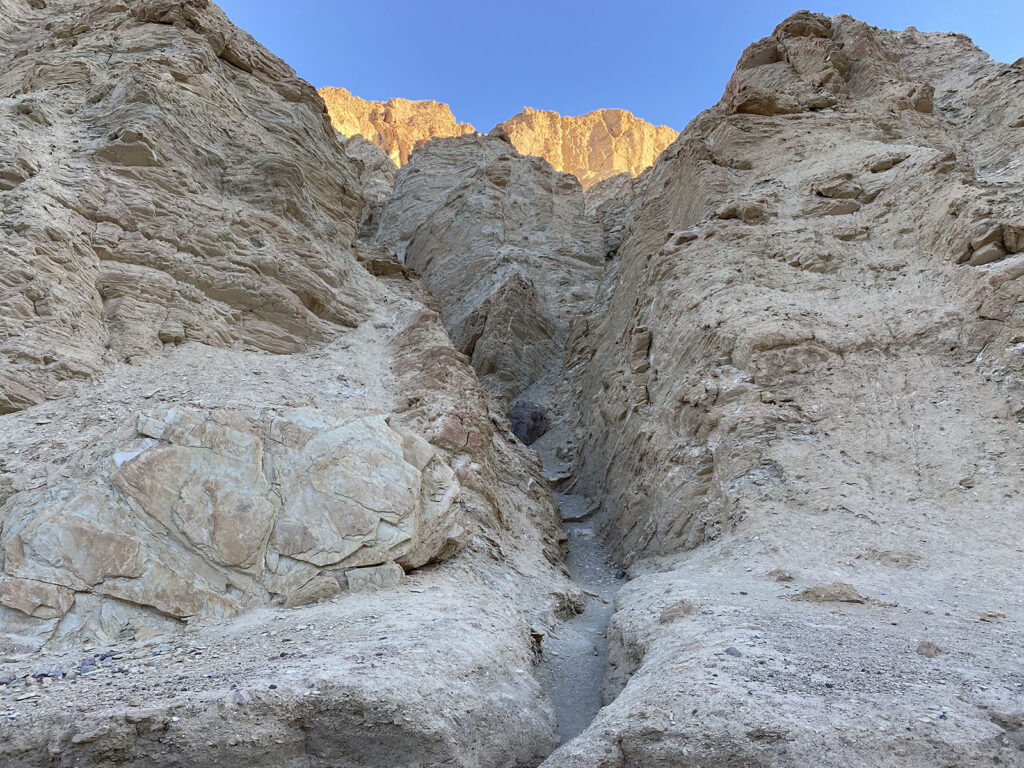 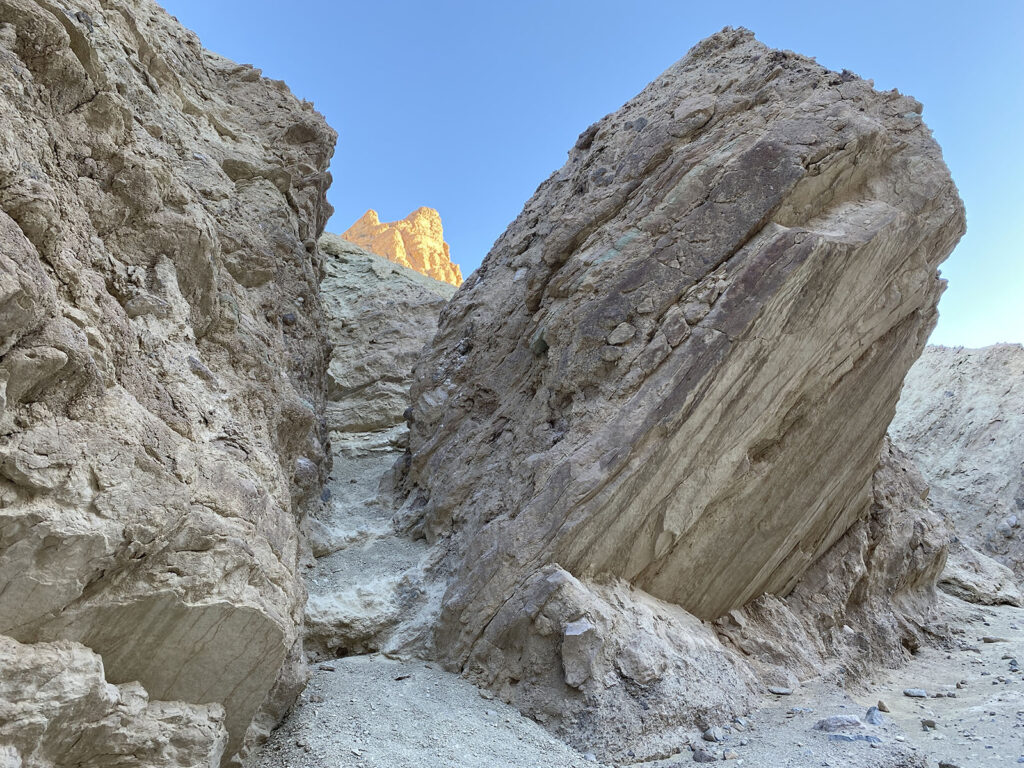 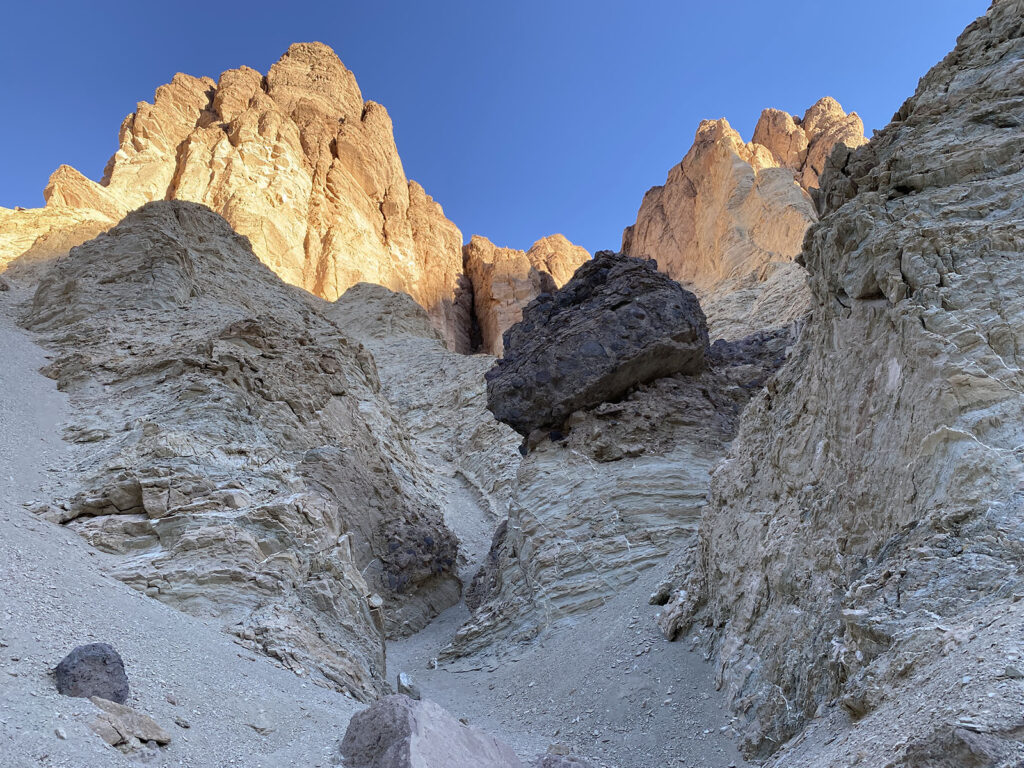 The Golden Canyon is a fairly easy 3km hike through a delightful canyon that catches the sun in all kinds of nice ways that time of morning. It is most famous for being the main hangout for Jaws from A New Hope. While I couldn’t find the EXACT rocks they hide behind, you will agree, it looks mighty familiar! 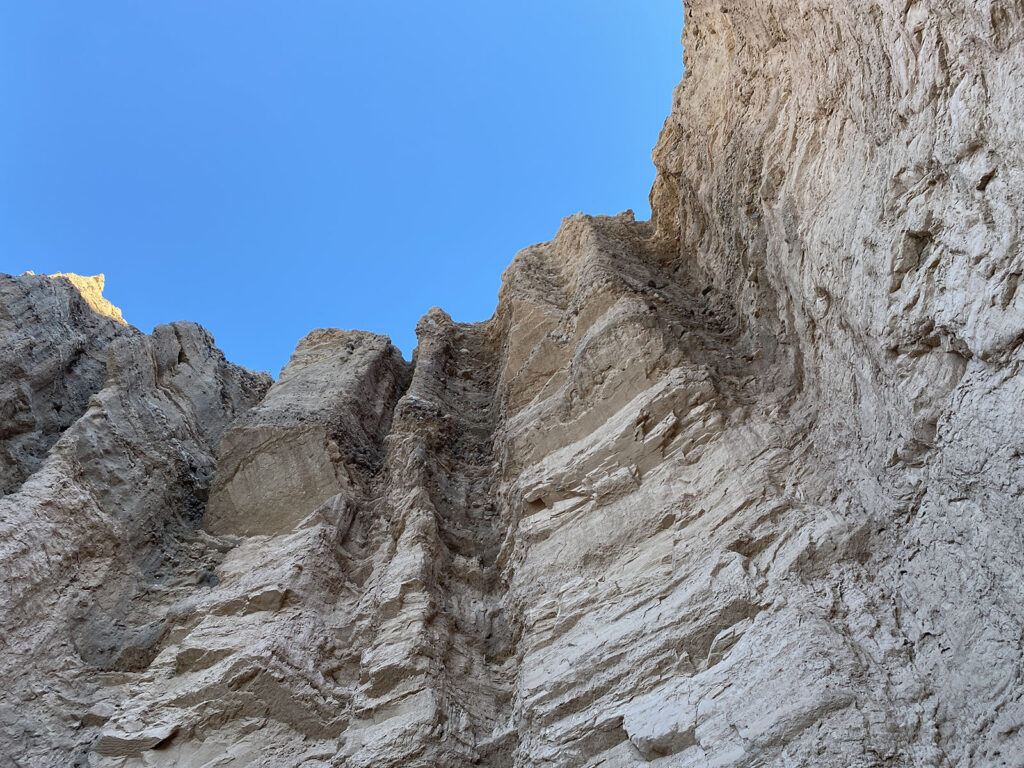 I decided to go a little further from the trail end and clamber through some tighter canyons to the Red Cathedral. It was basically the end of a trail that got you right to the reddish cliff faces, within a fairly enclosed area, giving a fairly dramatic end to the trail.

I then made my way back out of the canyon, and by 9am was back at the room. From there, we had some breakfast and piled into the car to drive about 40 miles to our next spot, the Ubehebe Crater. 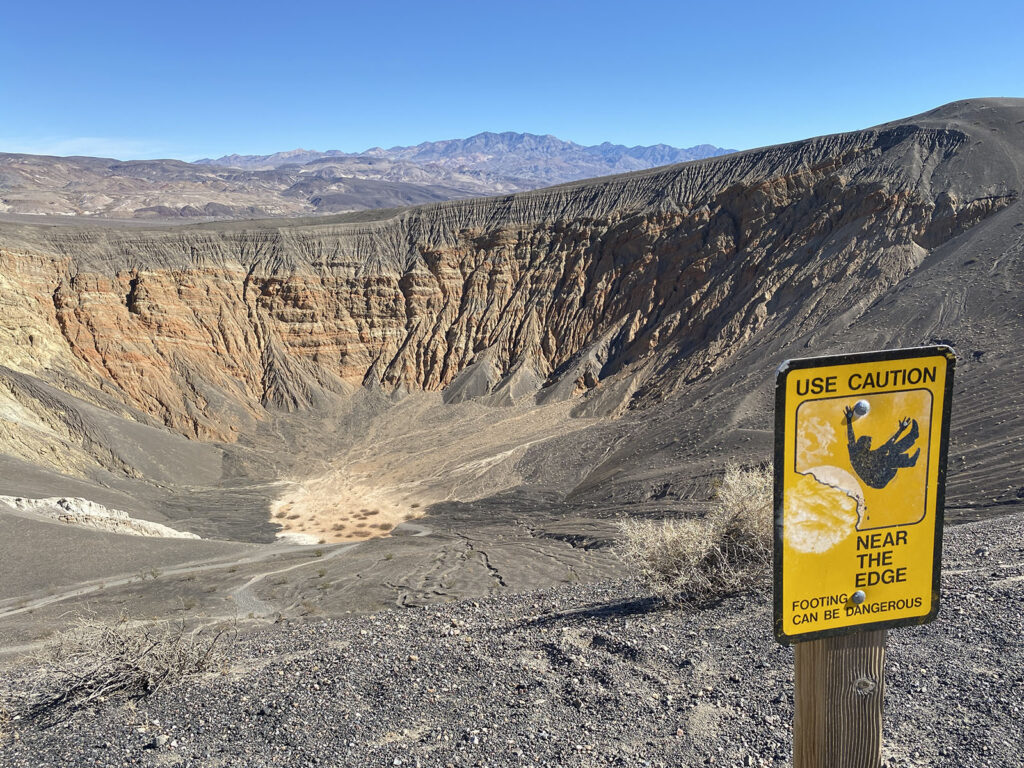 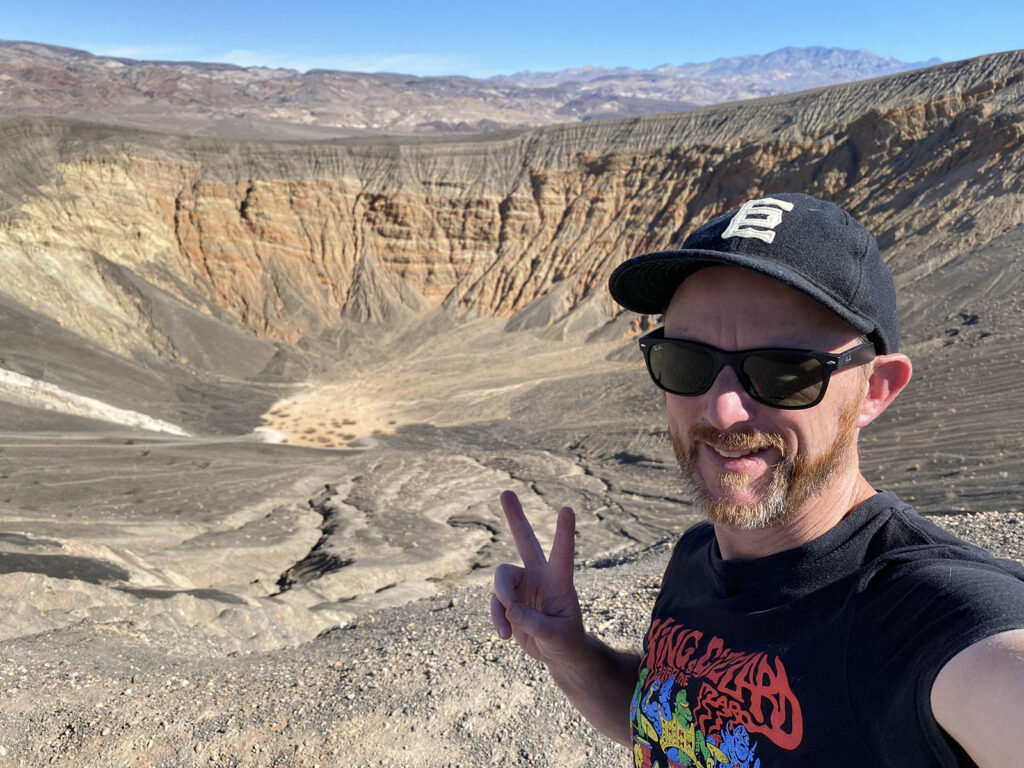 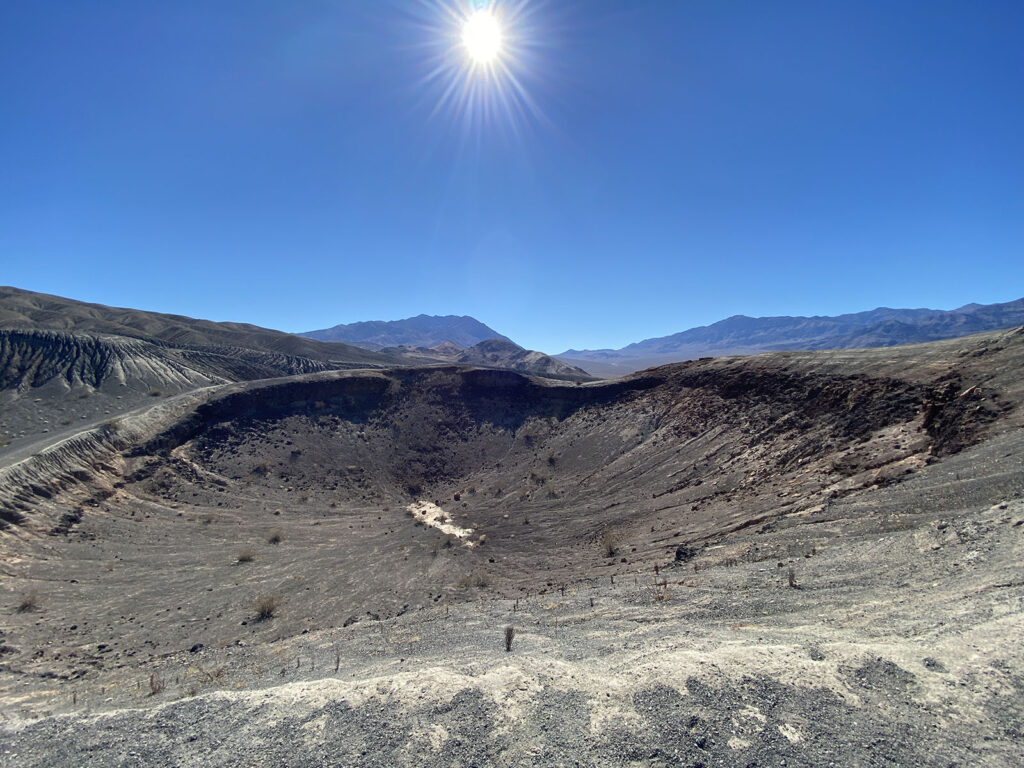 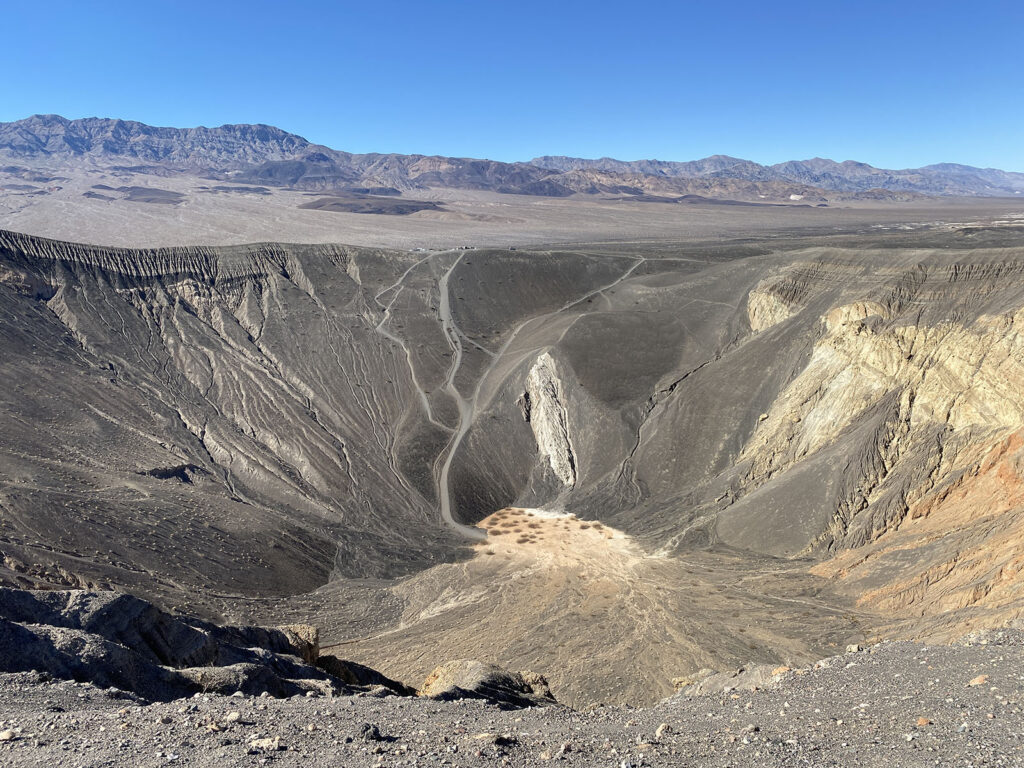 This crater is volcanic, and again highlights the incredible diversity of the park. It also makes you realise how huge it is (the largest in the continental USA), when you drive for over an hour to get to one of the other ends of the park.

The crater was very cool, and an hour long hike took me around the lip of the crater. I very much enjoyed the signs advising that I haad to use caution when spinning on may back breakdancing near the edge 🙂

After the invigorating hike, it was back into the car. One of the drives we wanted to do we were advised against given the state of the off roading we would have to do, so instead we headed just outside the park to visit one of the nearby ghost towns. After a quick stop in the small town of Beatty (where I acquired some random hot tortilla snacks) we arrived at Rhyolite, one of a number of ghost towns that exist in the area. 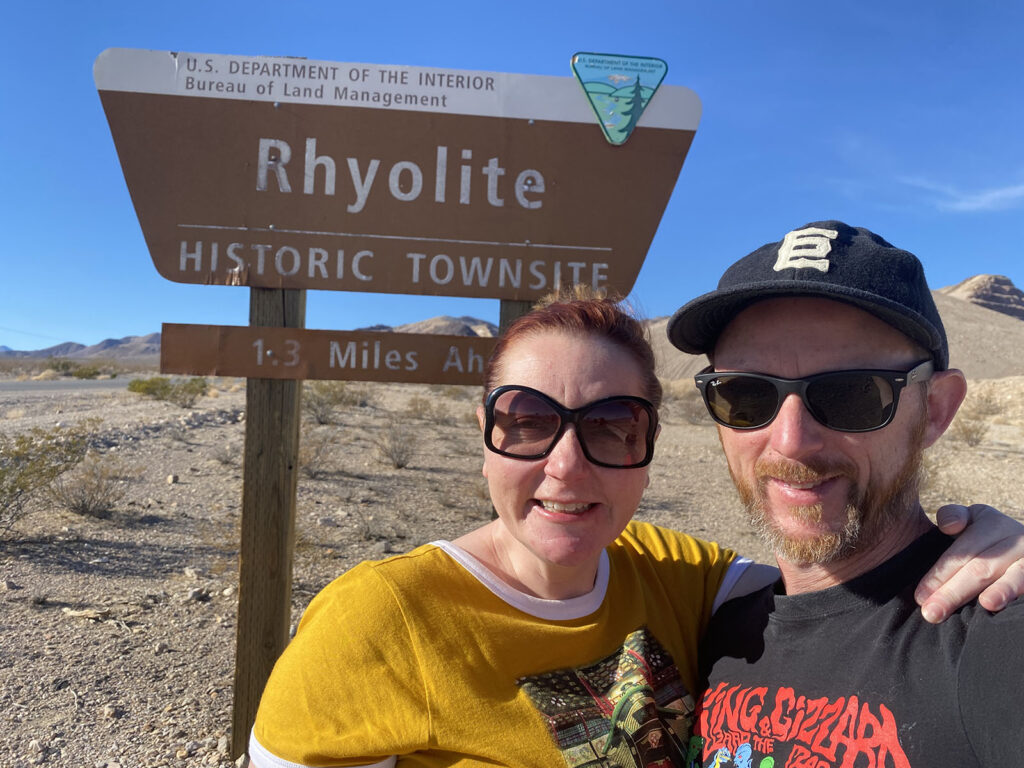 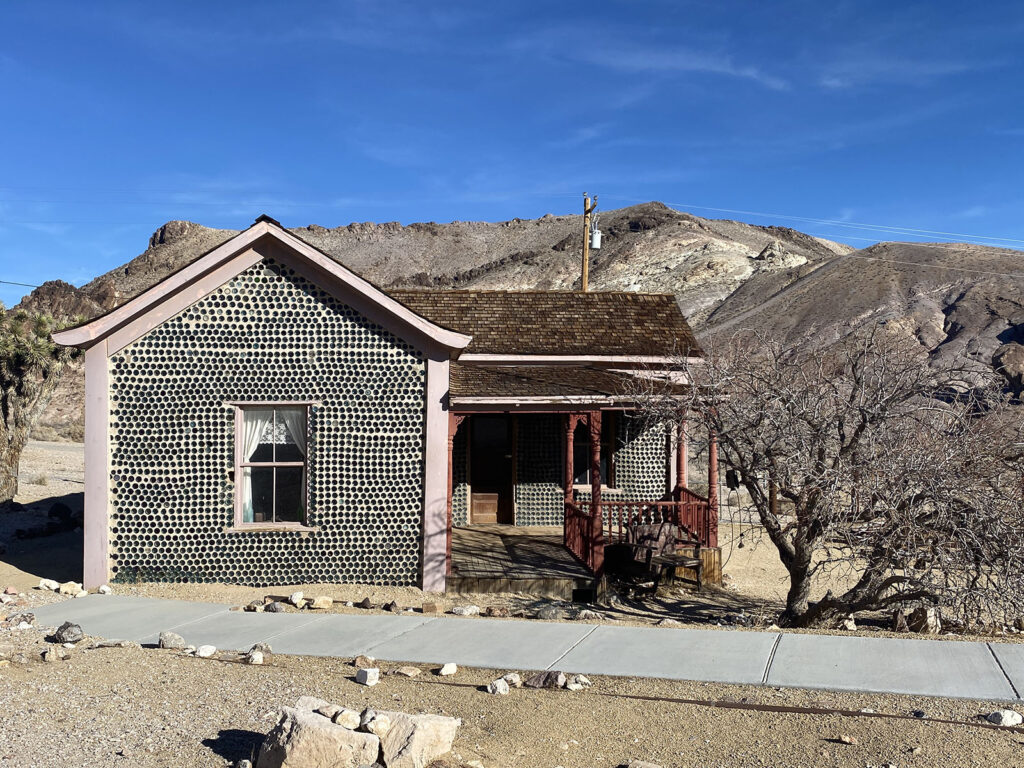 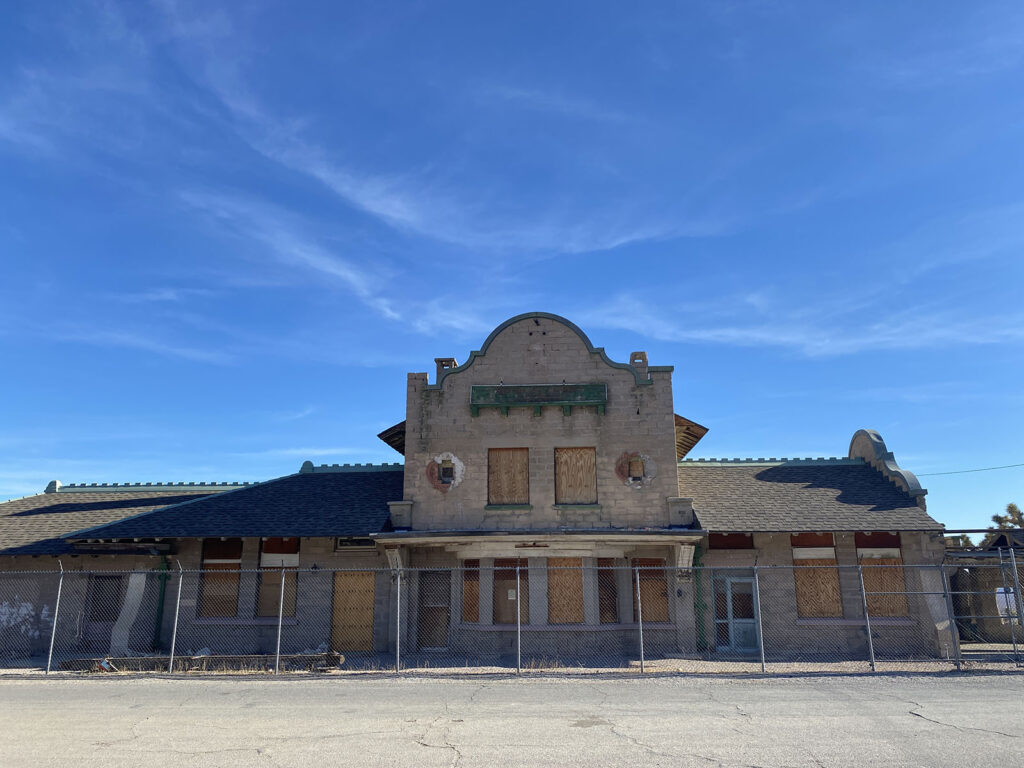 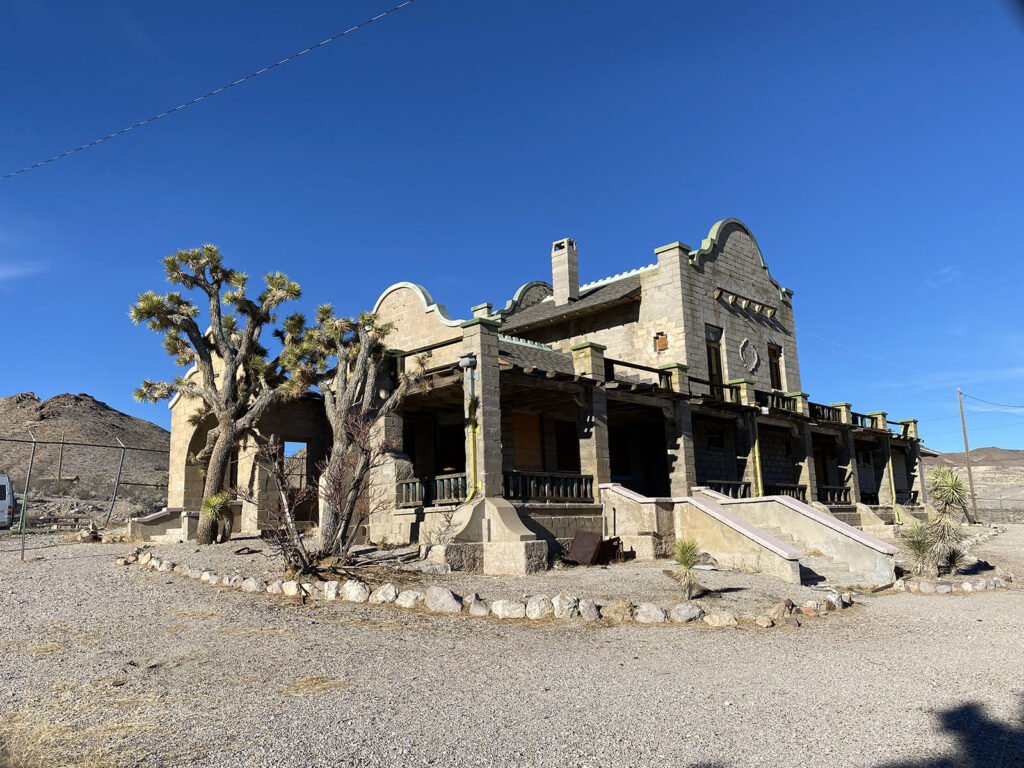 Rhyolite only existed for a couple of decades in the early 1900s, and lives on as a few building shells and a makeshift open air gallery. The highpoint is the fairly in tact old railway station. It seems that it was only realised about 20 years ago that they should try to preserve the buildings, so most are worse for wear, but the train station was fairly well preserved (albeit a bit stripped for parts). 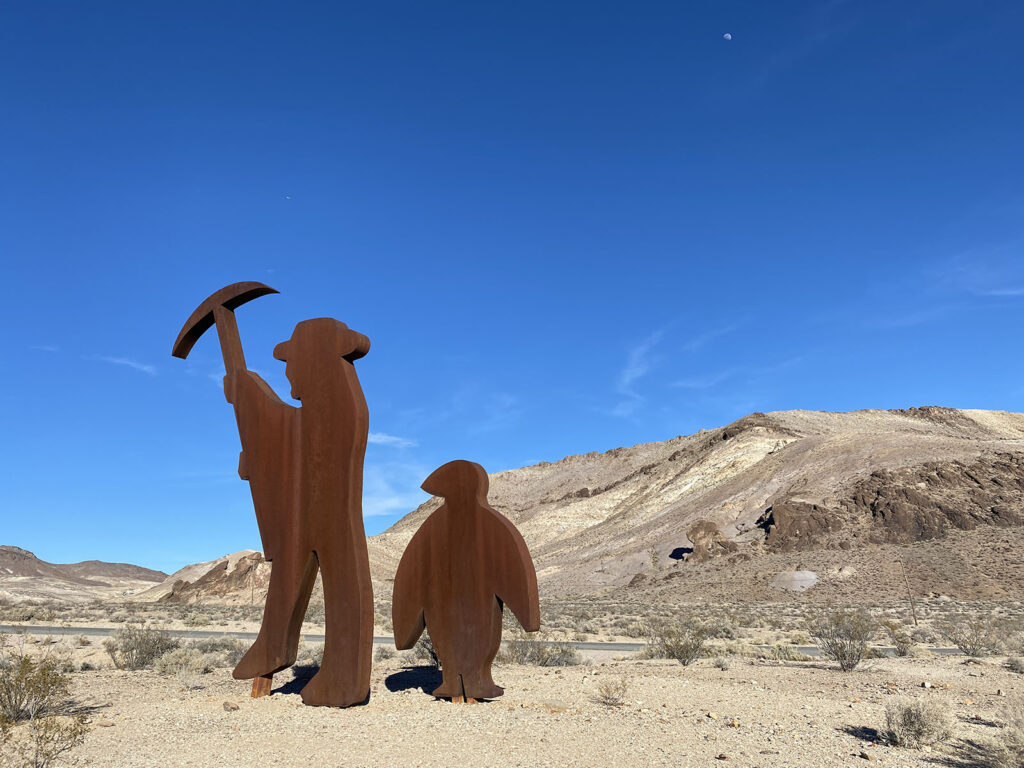 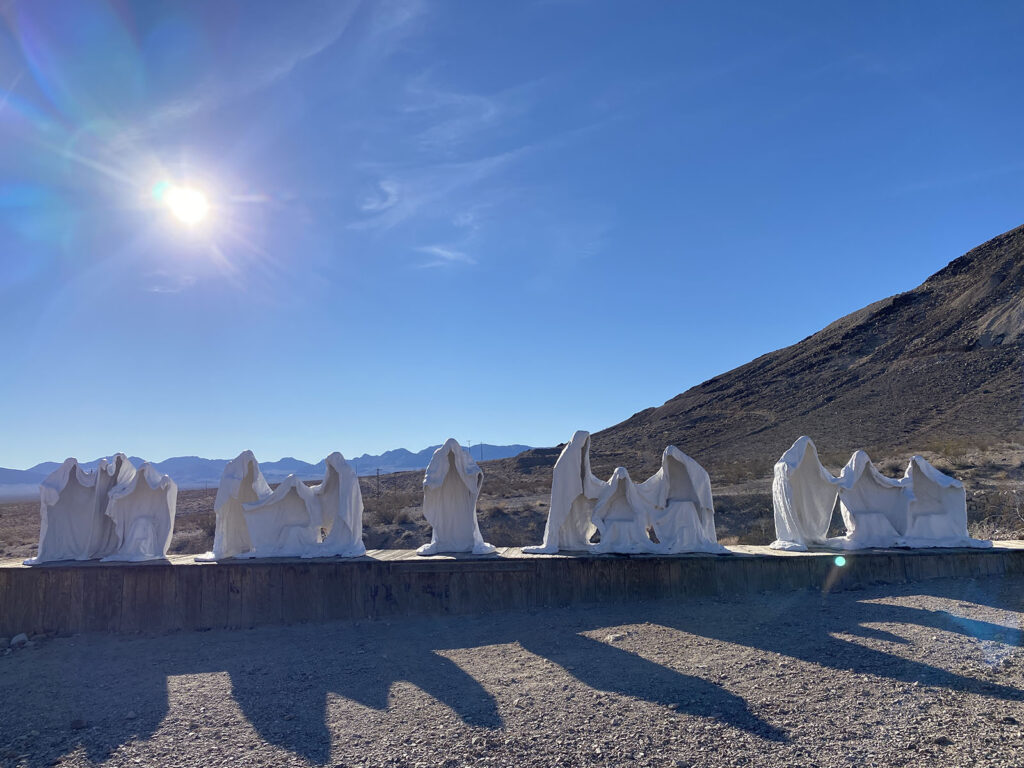 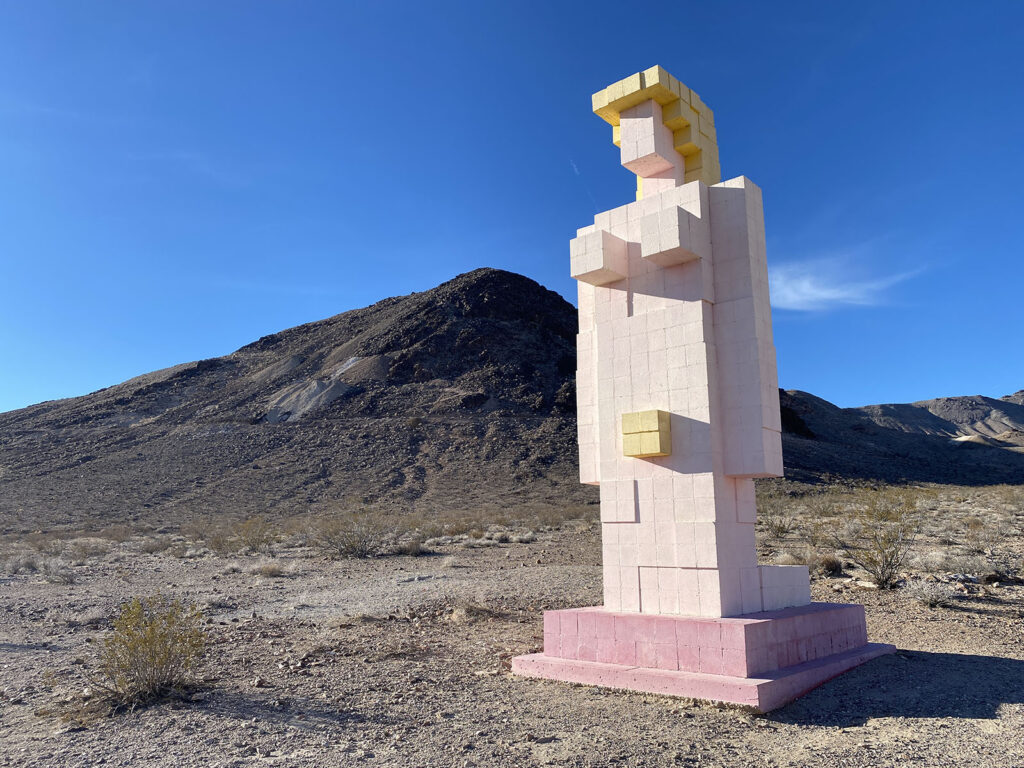 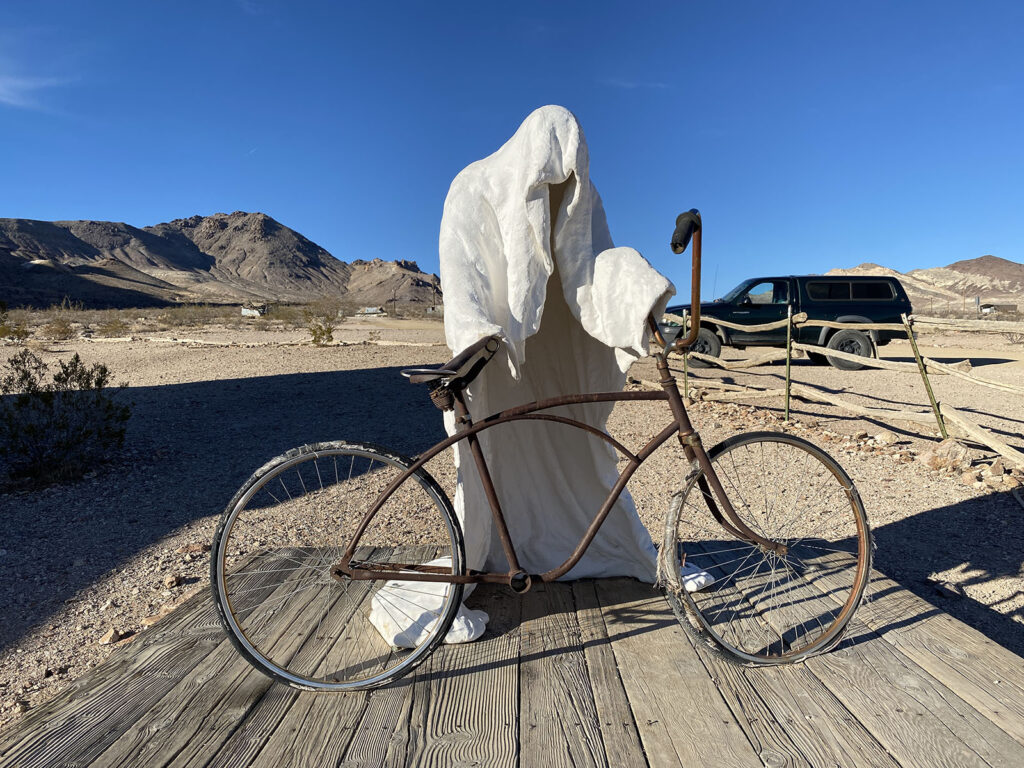 The open air gallery was, well, a bit odd. The spooky figures were quite cool (the main set were a ghostly representation of “The Last Supper” I think). Wasn’t sure what to make of the Minecraft looking naked lady though. 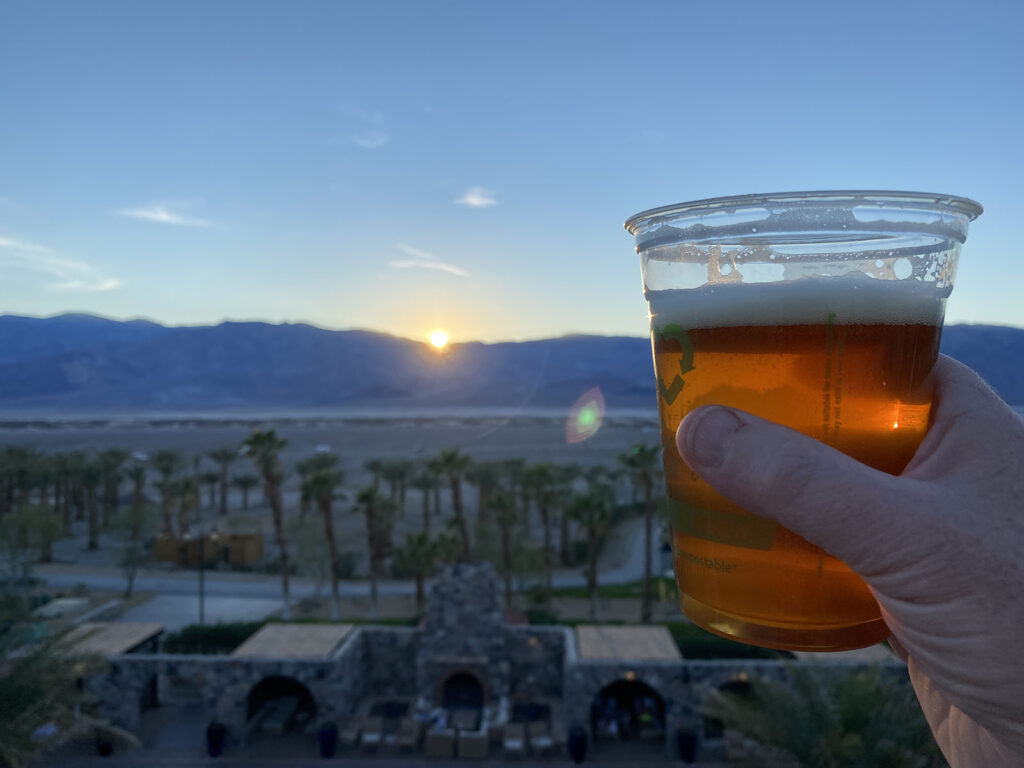 Most of the day had disappeared by this point so it was time to head back to the hotel. We made it in time to grab some drinks and enjoy our last sunset in Death Valley. Back on the road tomorrow, to Utah!