A very average buffet breakfast under the belt and it was back on the road. We said goodbye to Pahrump (seemingly the fireworks capital of the US given how many fireworks stores were on the main drag), and it was back into California and off to Death Valley! 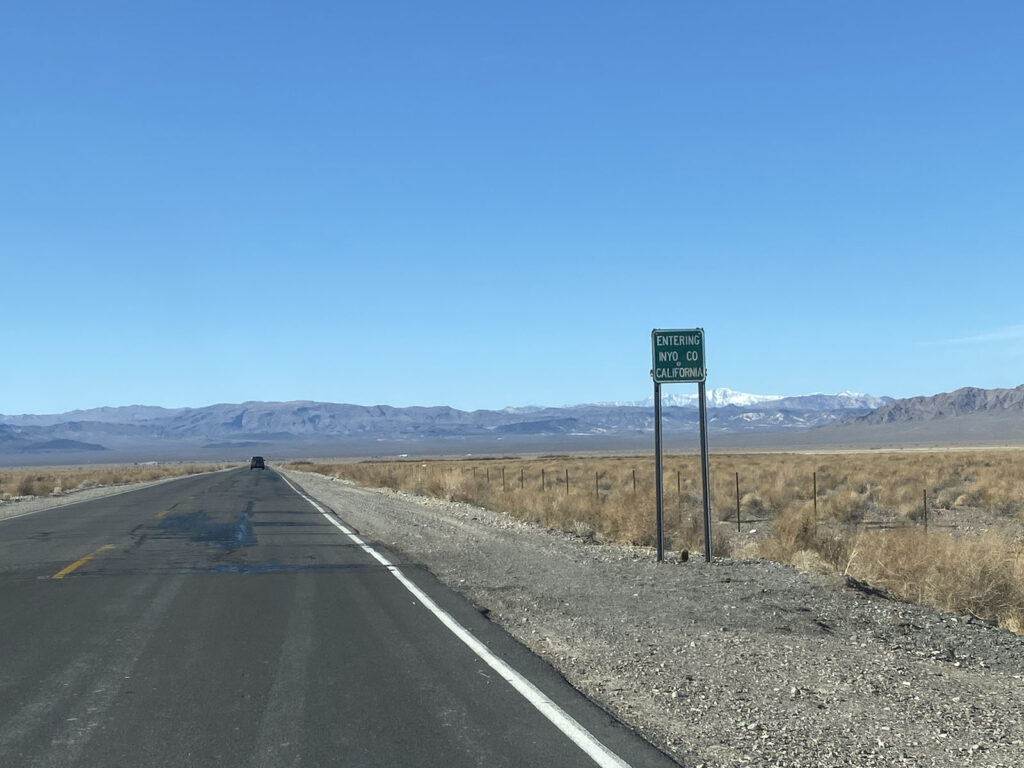 We went from an elevation of around 4000 feet at one point and made our way into the park, which bottoms out at a few hundred feet below sea level. That led to some pretty significant changes in temperature through the day! This was the perfect time to go, as the high temp was around 30 degrees. Pretty warm you probably think… but it is not the 50+ degrees it gets to in the summer months! 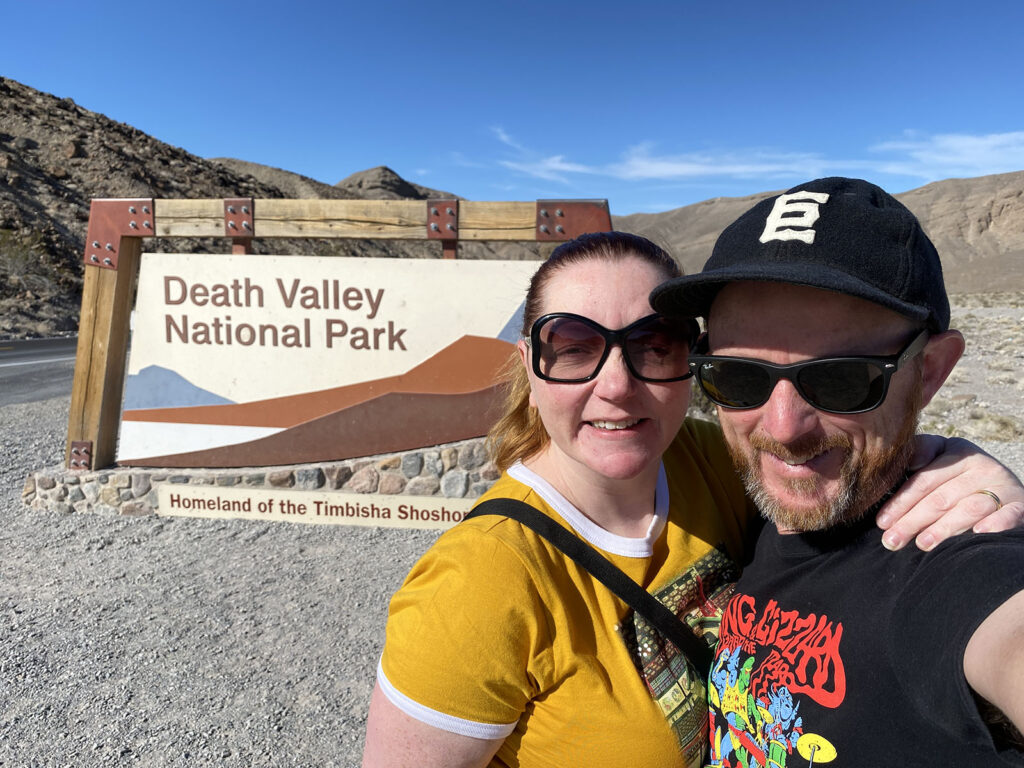 While the incredible landscapes of this National Park would be enough to get us excited, what gave it an added bonus was that a number of scenes from Star Wars (specifically A New Hope and Return of the Jedi) were filmed here! It takes a fair encyclopaedic knowledge of the films to recognise the exact locations… but rest assured, I could 🙂

First visit was to the Furnace Creek Rangers Centre, where we picked up our ANNUAL PASS! for the National Parks. Yep, we have a few on the hit list for this trip. 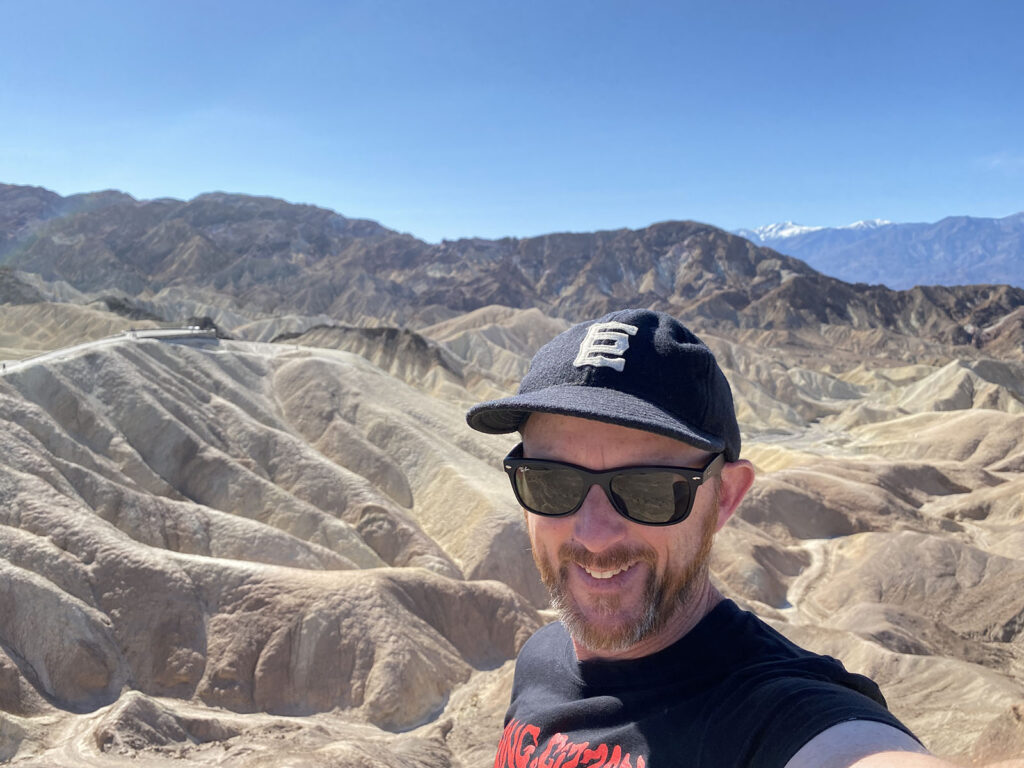 From there it was off to Zabriske Point. This was some incredible views (the common theme for the day). I did a quick additional run up a nearby peak to soak up more. My way back down was made a bit harder than it should have been… me completely misreading the trail and needing to scale down quite the vertical rock face. Whoops. All good and safe, but I won’t do that again! 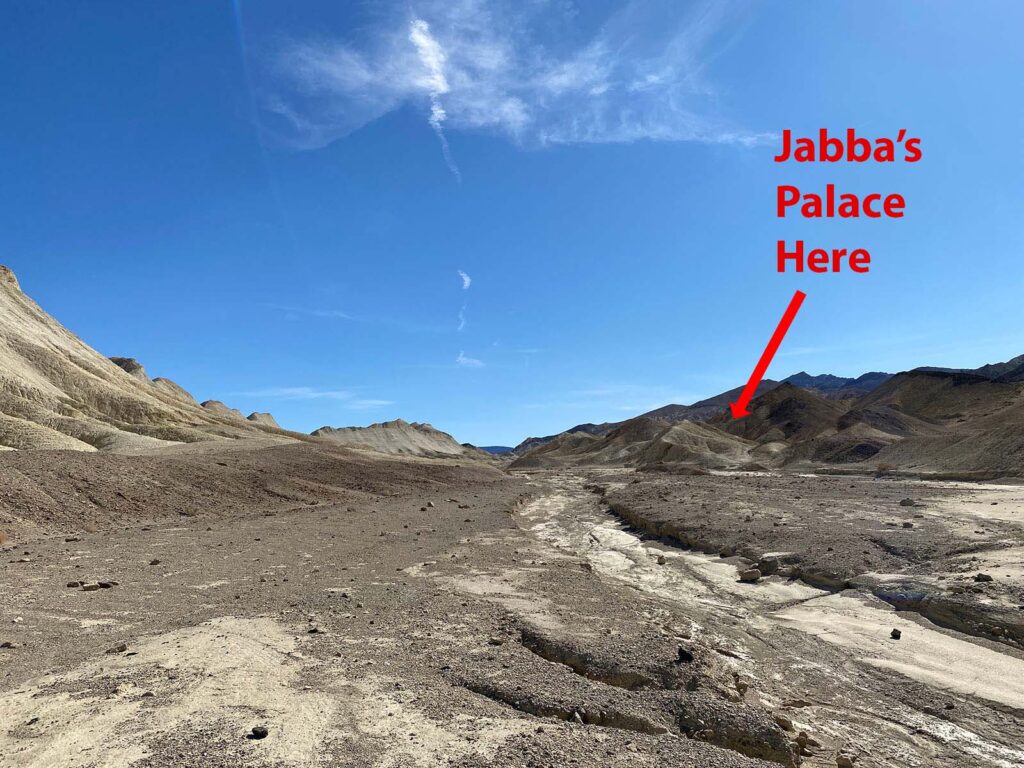 Next up was a drive through Twenty Mile Team Canyon. This was a narrow drive through some gorgeous canyons, and home to the first Star Wars site… where we can spy C3PO and R2-D2 walking toward Jabba’s Palace in Return of the Jedi. I don’t know what that says about me, that the rock formations looked exactly right! 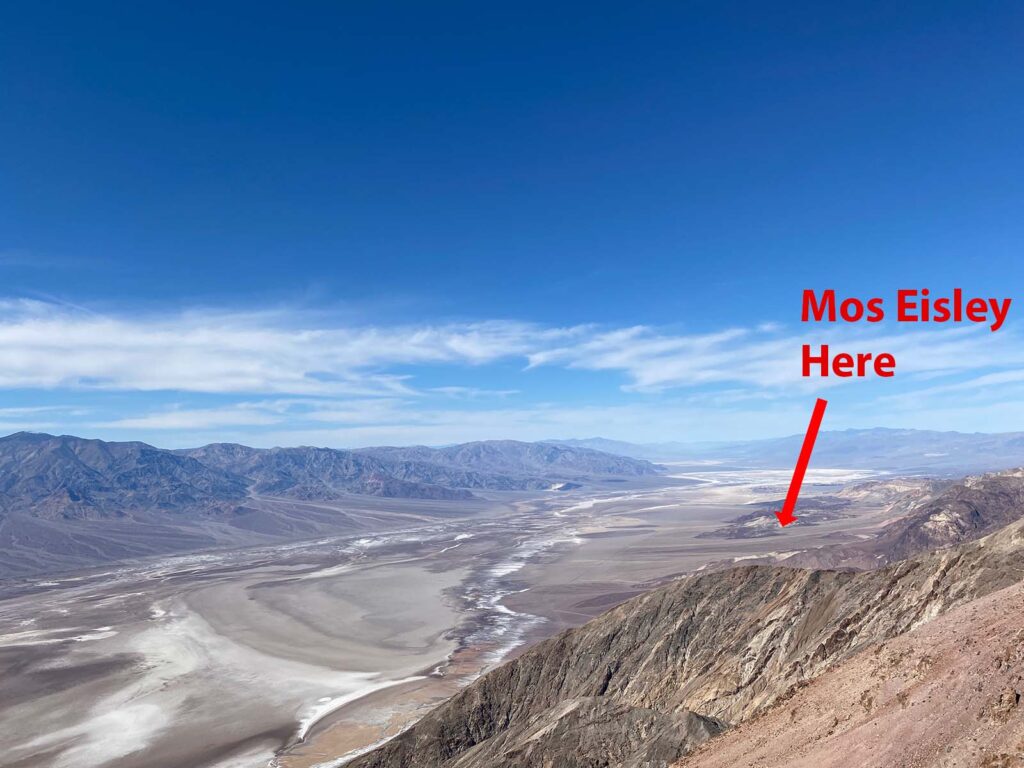 We then had a bit of a drive, to head from sea level, up to Dante’s View. This peak is over 5000 feet above Death Valley and along with being presently cool, is also where Ben Kenobi and Luke get their first view of Mos Eisley (referred to as a “wretched hive of scum and villainy”) in A New Hope. Again, it totally gave me the Star Wars vibes. 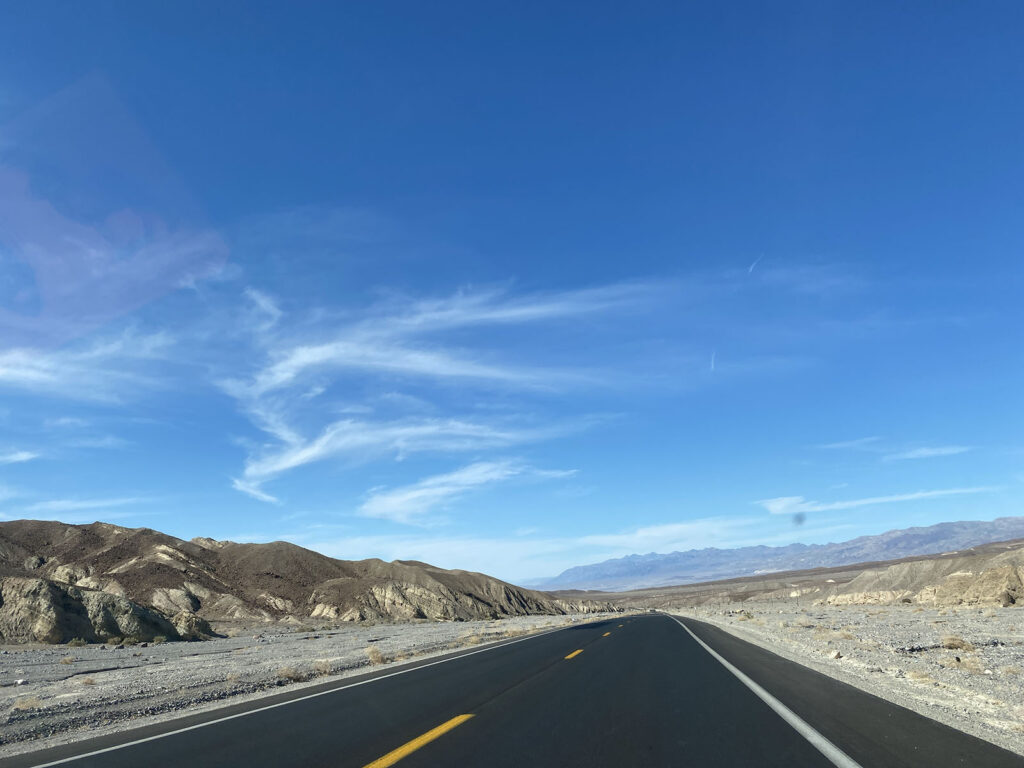 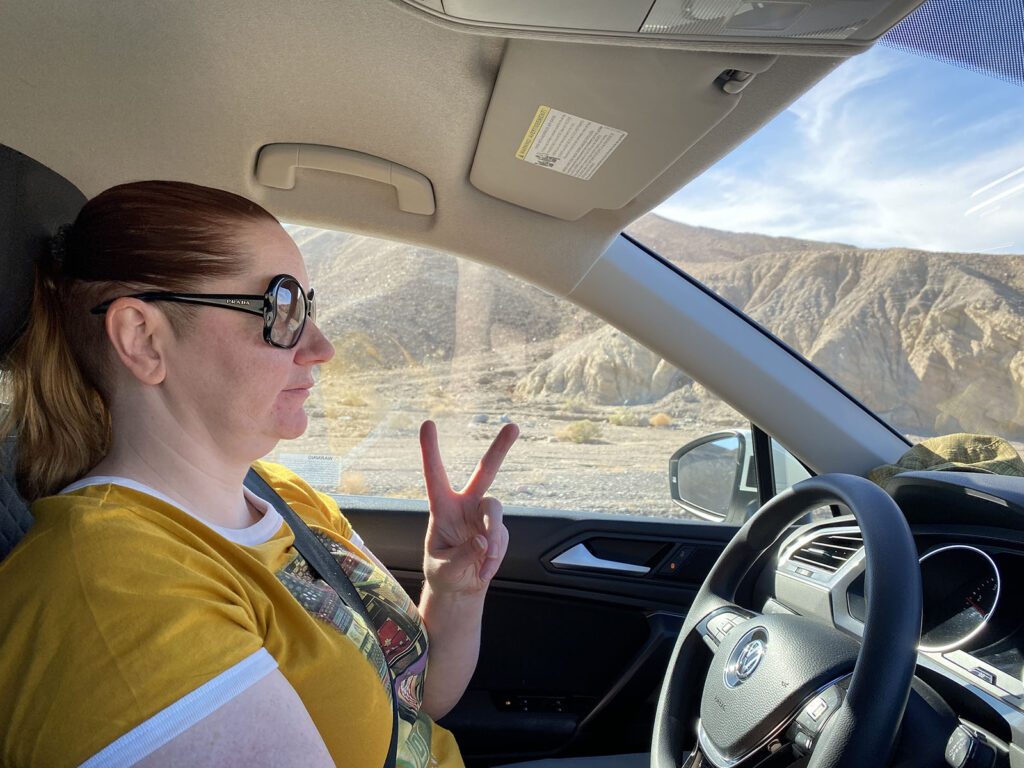 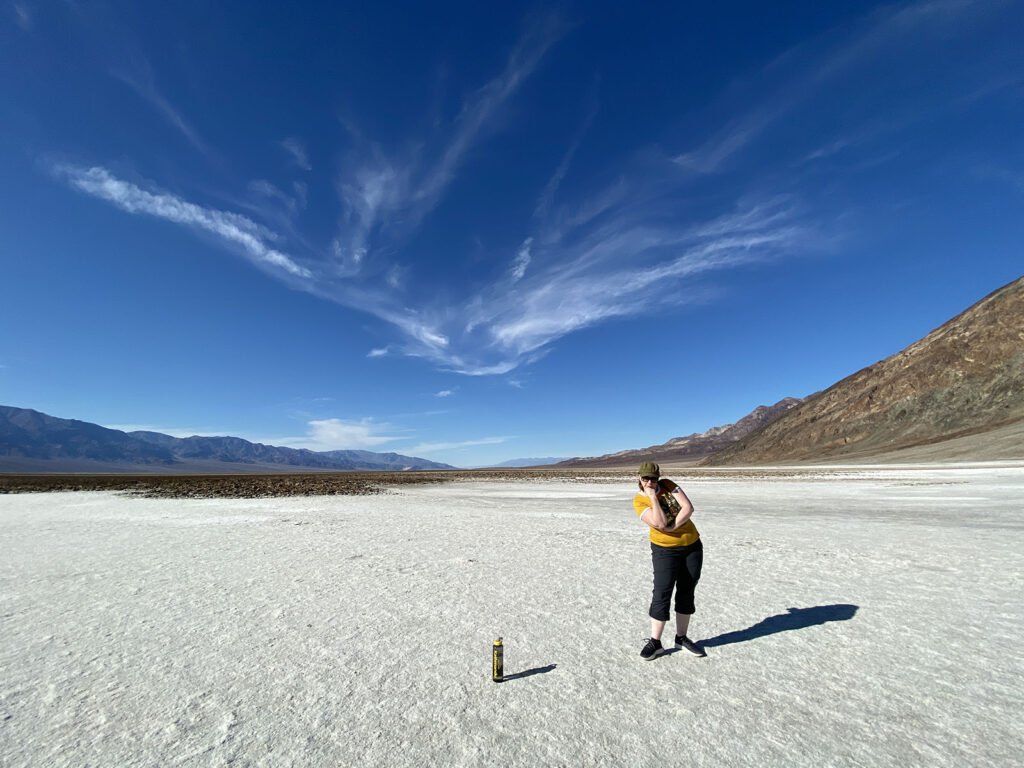 Death Valley National Park is a pretty huge park and we drove many miles back and forth. We then drove about 30 miles to get to the lowest point in North America, the Badwater Basin Salt Flats. We love some salt flats, and they were great to run around on. 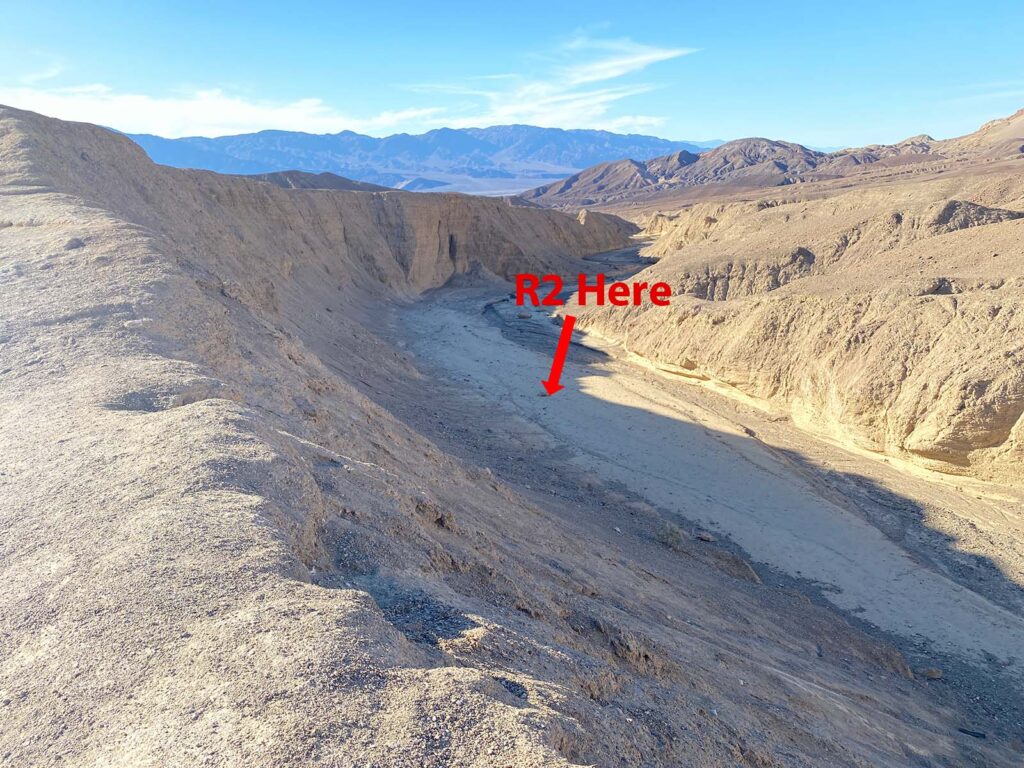 We then headed to the Artist’s Palette drive, which was another canyon-like drive to see some “painted” rocks… where the painting is a natural oxidisation of parts of the landscape. Most importantly, it is also where there is a shot of R2-D2 wandering through a Tatooine canyon 😉 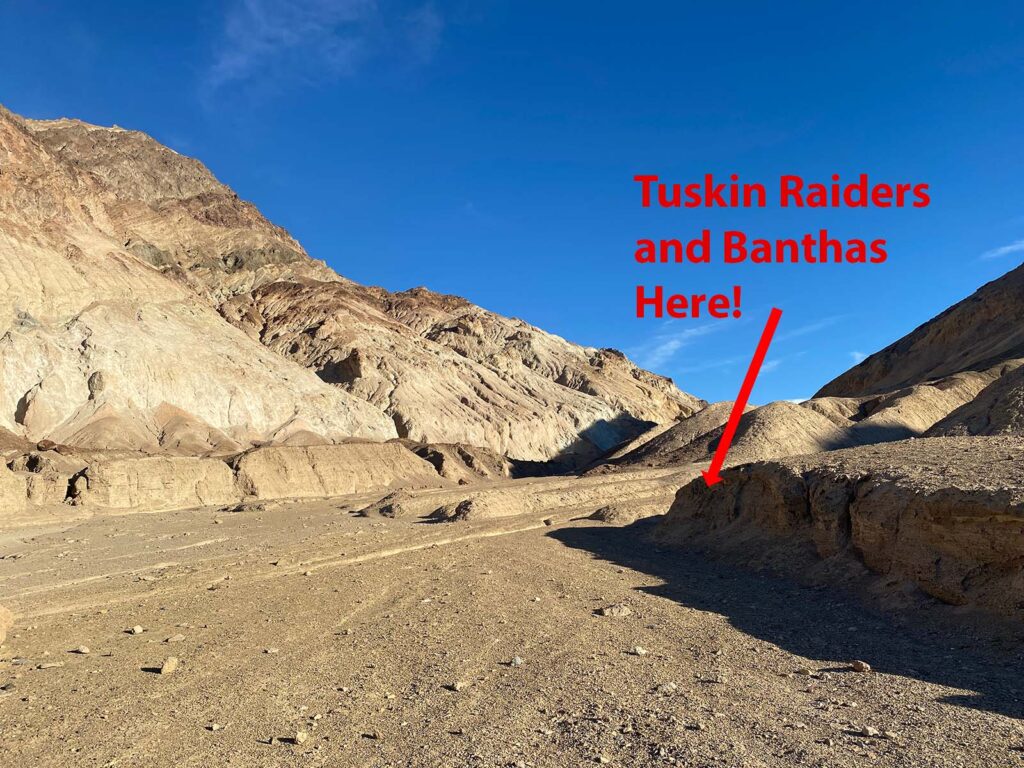 The park has thousands of miles of trails, but we elected to just do some very short ones here and there. One was to the mouth of Desolation Canyon. This would have taken a few hours to do the whole thing, but I made sure to visit the point where Tuskin Raiders and their Banthas start to cause trouble in A New Hope. 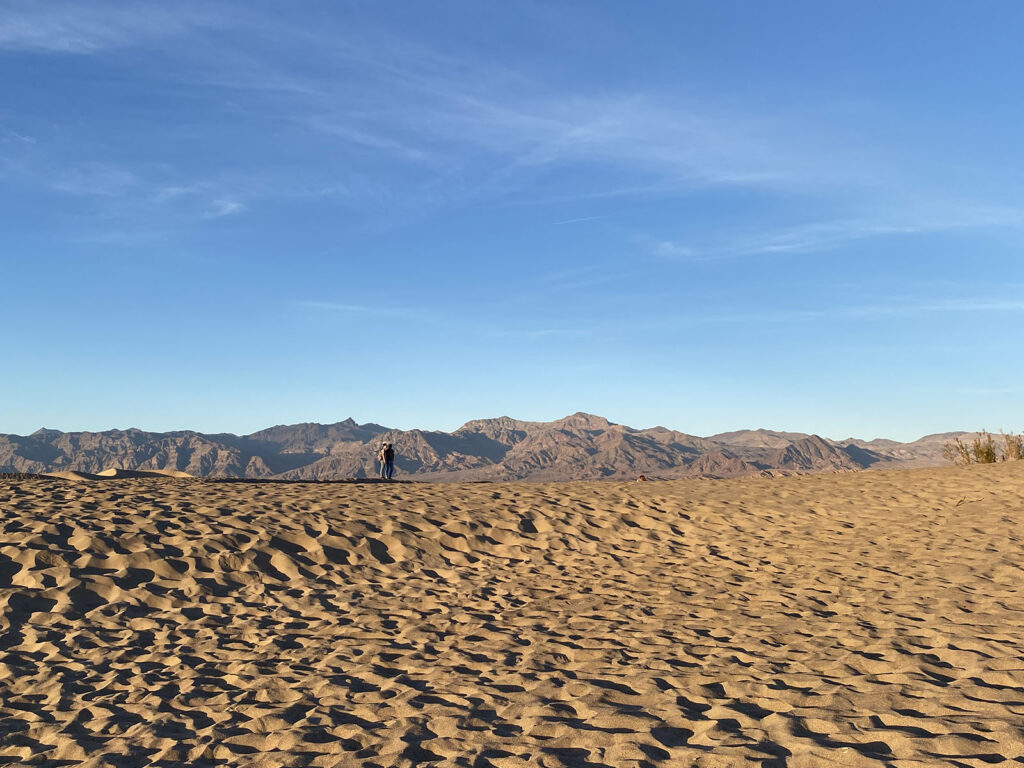 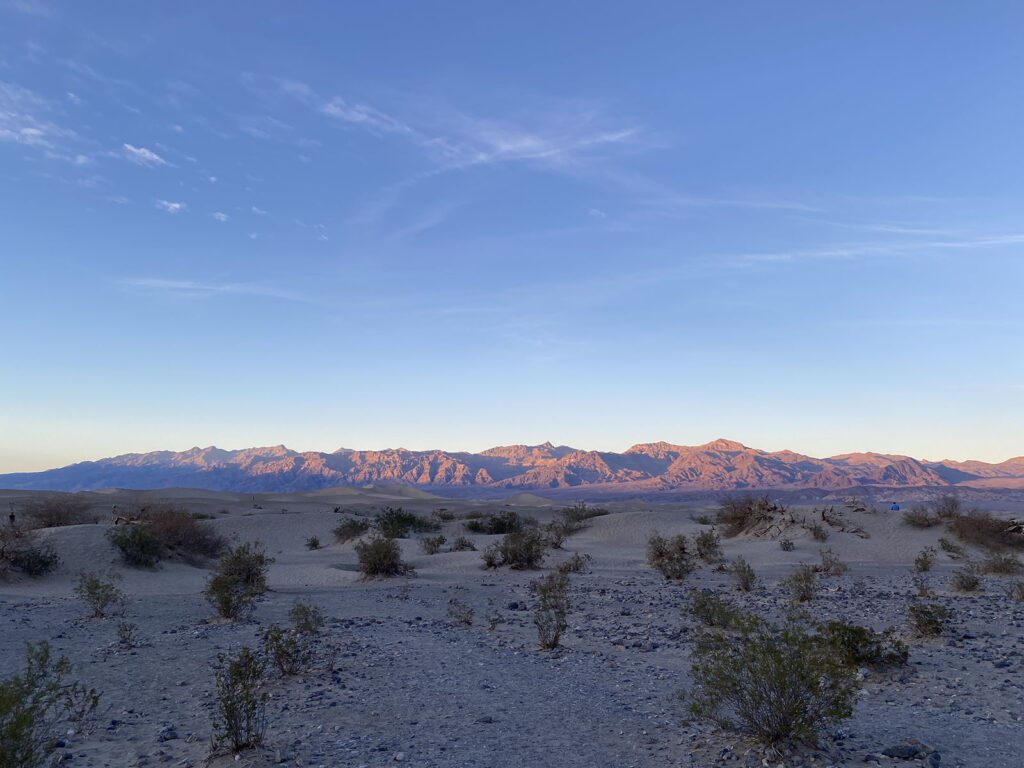 The day was starting to slip away with the fairly early sunsets, so we drove the 20 or so miles to the Mesquite Sand Dune. Yep, in Death Valley you get salt flats, sand dunes, and there are even waterfalls hiding in there too. The sand dunes are heaps of fun to run around, but they are also home to a shot in A New Hope of a very lost R2-D2. It was hard to get that exact pic given the changing sands, but I could pick it from the distant mountain shapes. We stayed for sunset here, with the dunes and distant mountains giving us gorgeous shadows and colours. 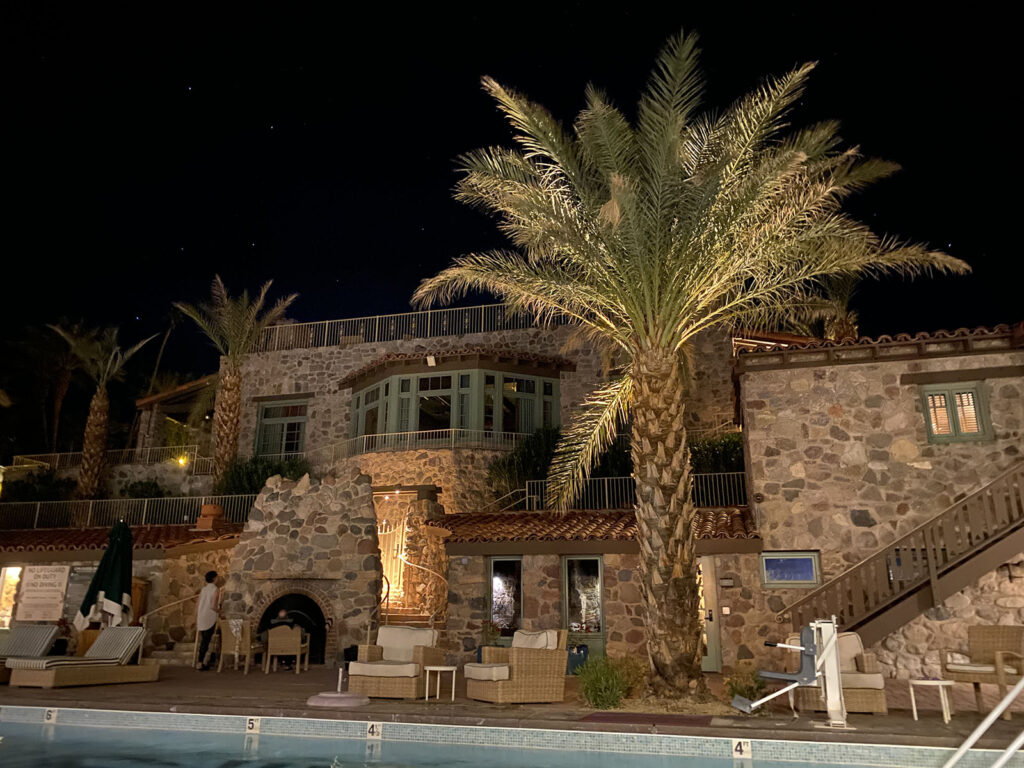 The sun had dropped, so we went to our digs for the night. We decided to splurge for these two nights and stay in the centre of the park at The Inn at Death Valley, a beautiful hotel from the 30s oozing charm. It was a nice way to wind down… a beer, star gazing, and relaxing for another energetic day in the National Park tomorrow.