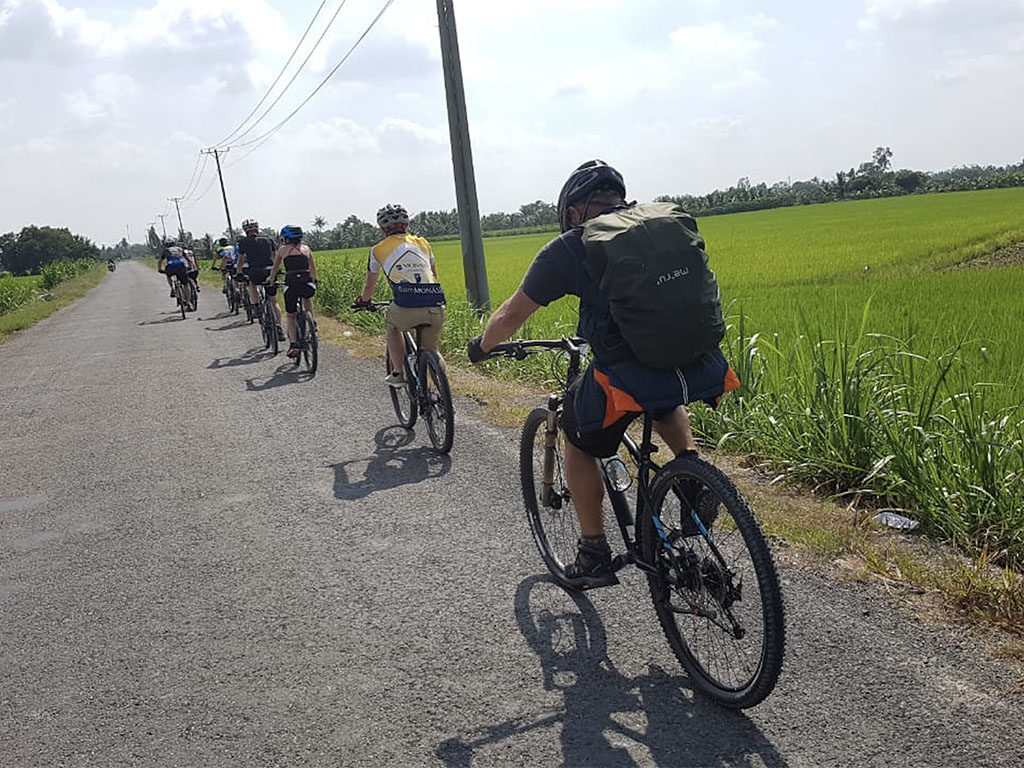 Today the trip started in earnest. We met our two remaining group mates and left the city by bus at 7am. Traffic was insane! SO many motorbikes. EVERYWHERE! 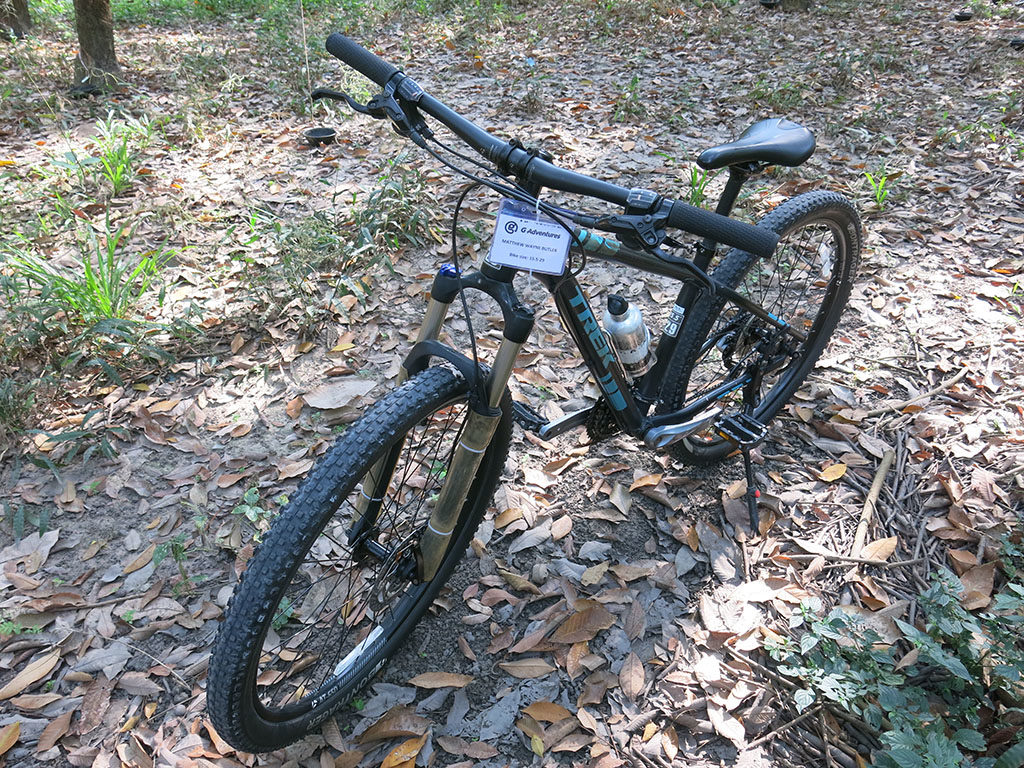 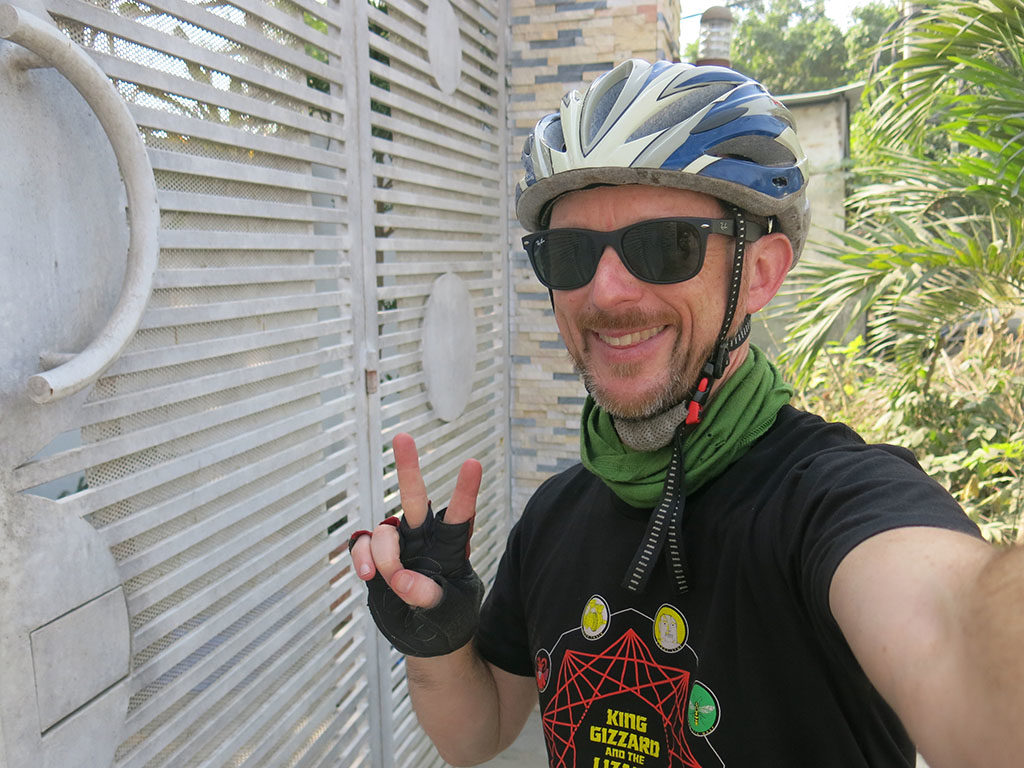 Once we were a bit out of Saigon, we were introduced to our bikes for the Vietnamese portion of the trip. They were some very solid mountain bikes and so it looked like some off road riding would be arriving sooner rather than later. The bike already was perfectly sized which was some nice comfort to start. Looking at the whole group it looked as though we had an ace squad… everyone was a pretty experienced cyclist and all looked to have some good fitness. Looked like it might even be me letting the team down!

Off we went, starting with an initial leg of 15km or so. Rode through countryside, some woods (with rubber trees), some rice and other things. It was a combination of some paved roads, but then into the woods it was on some dirt trails which was great.

In not too long we got to Chu Chi tunnels. We were actually at a set of lesser known and quieter ones. Apparently most tourists visit a different set of tunnels a bit easier to get to, but we were fortunate to have the bikes and advice to head to the different set. We had a local guide there to tell us all about them. What still existed was a series of tunnels, at a number of different depths below the ground, that were used during the war. Some we were permitted to go through so off to explore! 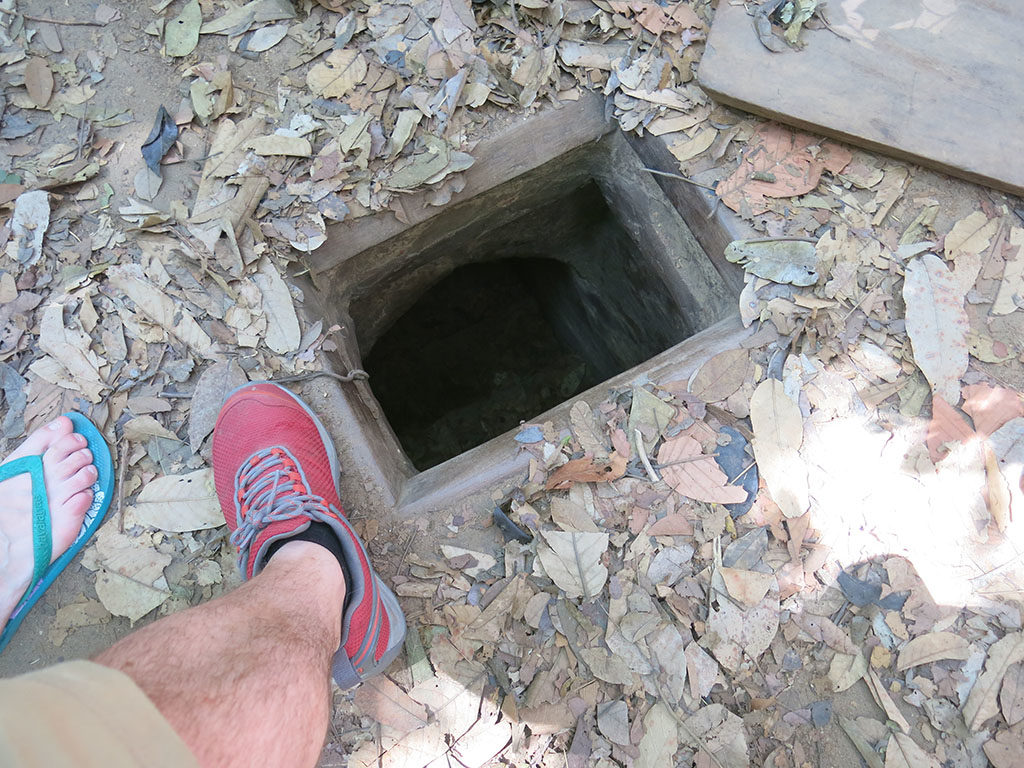 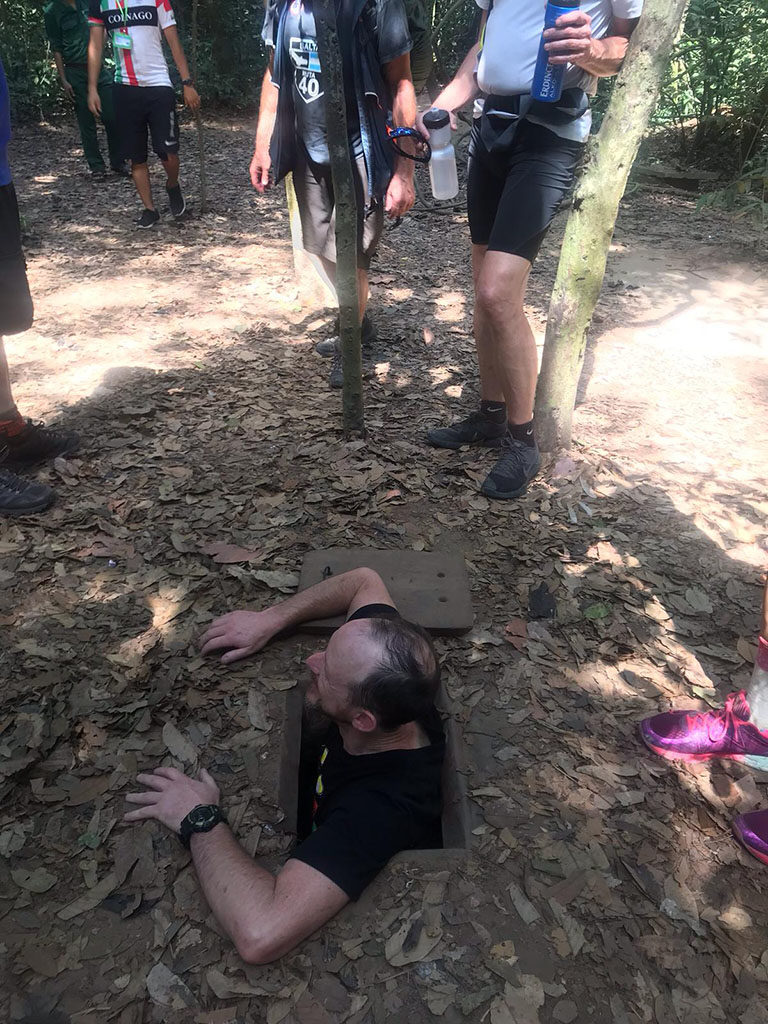 They were quite squeezy, but in many respects there was more space than I thought. Once you were in, some crouching was all that was really needed to make your way through. The entrance to one tunnel was VERY tight. Only two of us ventured down! Once in, it was actually not really any different to the others, but I could see how the tiny hole to get in would give people second thoughts about dropping in. Also in the tunnel area was examples of all the other aspects, including the traps that were used to catch people unawares that should not have been in there. For example, step in the wrong spot and you may fall into a pit of spikes. Ouch.

After the tunnels it was off for lunch. I elected to have a pork dish that had morning glory in it. This seemed to be like a water spinach of some kind, and as we would find out was everywhere. Quite tasty. 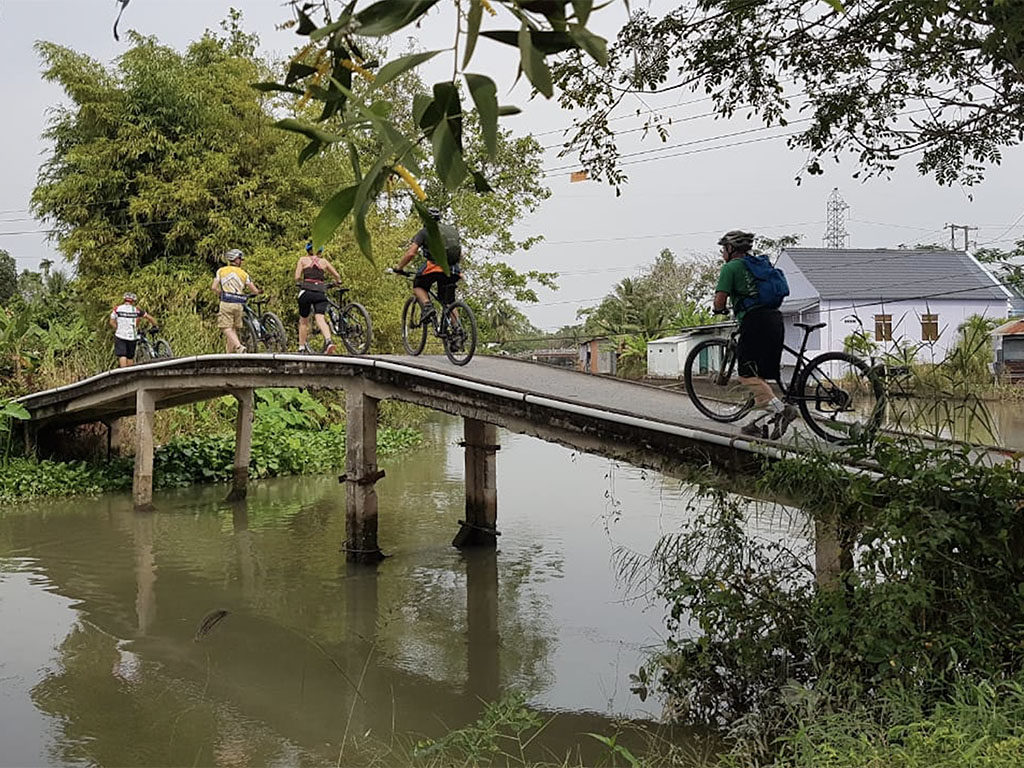 It was then more riding for the afternoon before joining our bus and taking it to our first stop, Ben Tre, nicely placed in the Mekong delta. Was quite a nice hotel and the town seemed quite fun too. Right on the water, and with local markets setting themselves up as the sun started to go down, it had a nice vibe to it. At dinner time, Cham took us to a local place where we plonked down on the outside tables and settled in for my first bowl of Pho. Delicious! 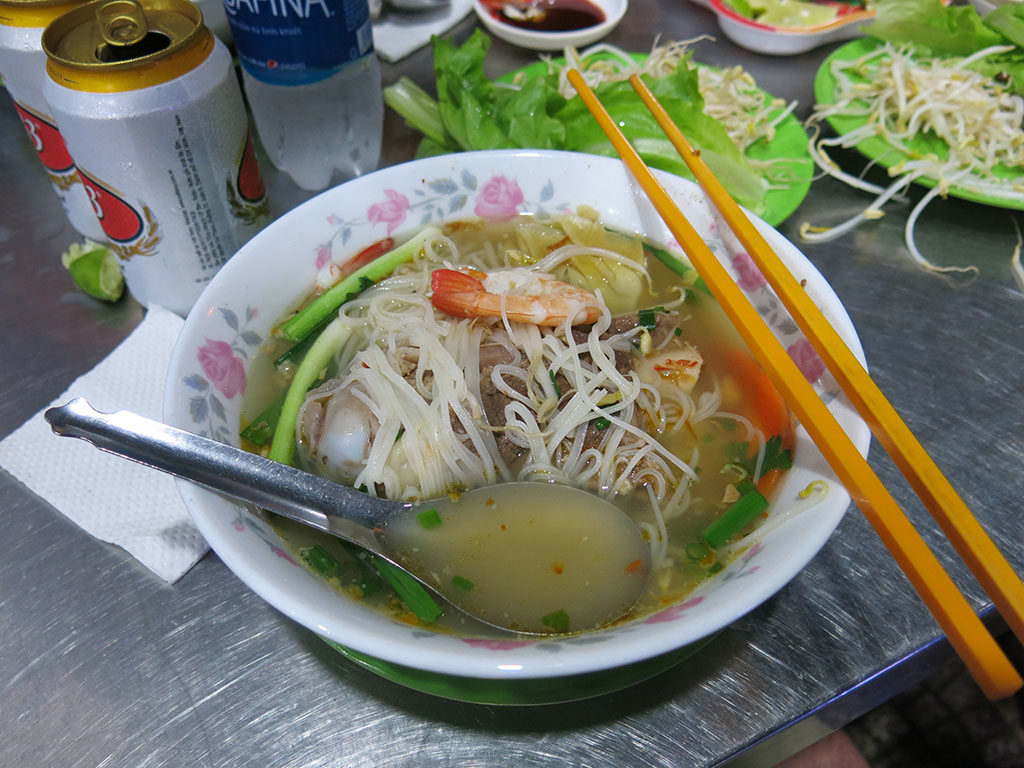 Some of us then spent some of the evening wandering the markets, before I settled in to watch Australia play in their Asian cup match. While it was a win, sadly it was a pretty lacklustre performance. Oh well, a win is a win. Then off to sleep for another 7am start.