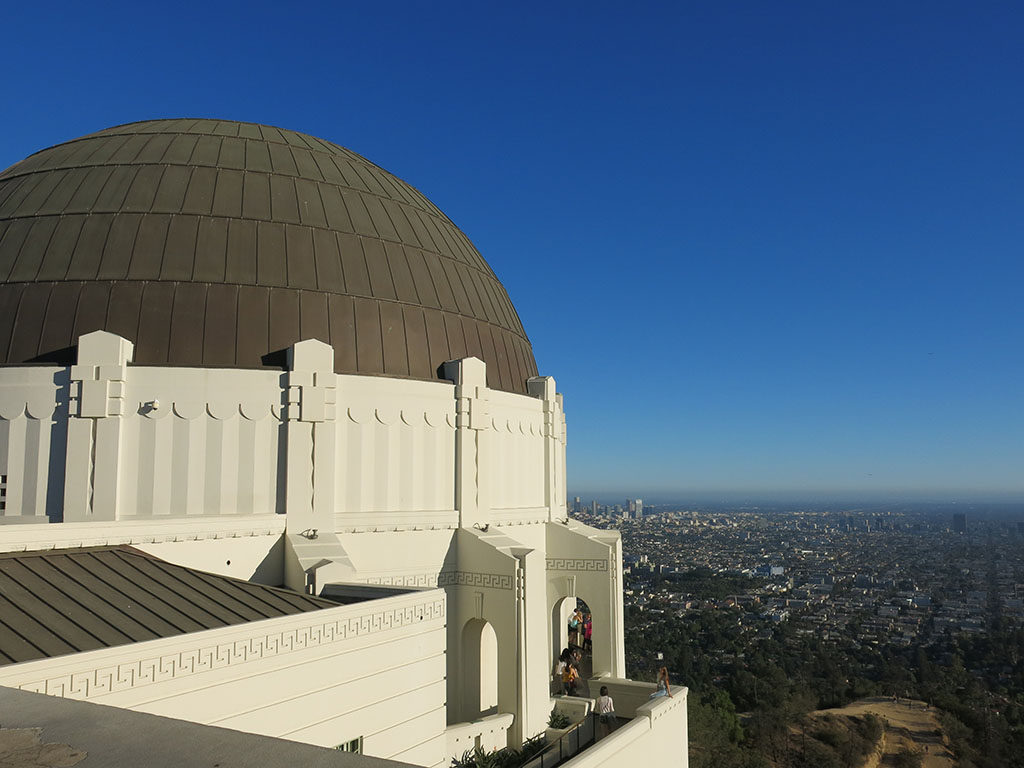 Hello everyone! Yep, Kate and I are in LA!

Now I haven’t been to LA proper in something like 20 years. I have been through LAX a bazillion times, but after my first trip never really felt compelled to spend anymore time. Well, this time I decided to when Kate and I decided to do a relatively quick jaunt to LA, I thought it would be good to dip my toe back in. I *really* wanted to visit Griffith Observatory, so why not spend a few days chillin’?

Kate and I arrived midday on the Friday after a fairly non-eventful flight and then headed to our digs in Santa Monica. It is hard to know exactly where to base yourself in LA, but Santa Monica was one area I remember liking when I visited, so decided that was the place. Plus, who could resist a gorgeous art deco hotel on the water? The arvo was spent wandering about, only keeping ourselves busy until we finally collapsed from the travel.

Next morning, we started our heading out in to LA day. We didn’t have heaps planned, but did have a few things on the hit list. Into an Uber we jumped and headed toward Beverly Hills and West Hollywood. I remember last time it felt impossible to get around, and I have no idea how we would have done today without being able to call an Uber at basically any corner. 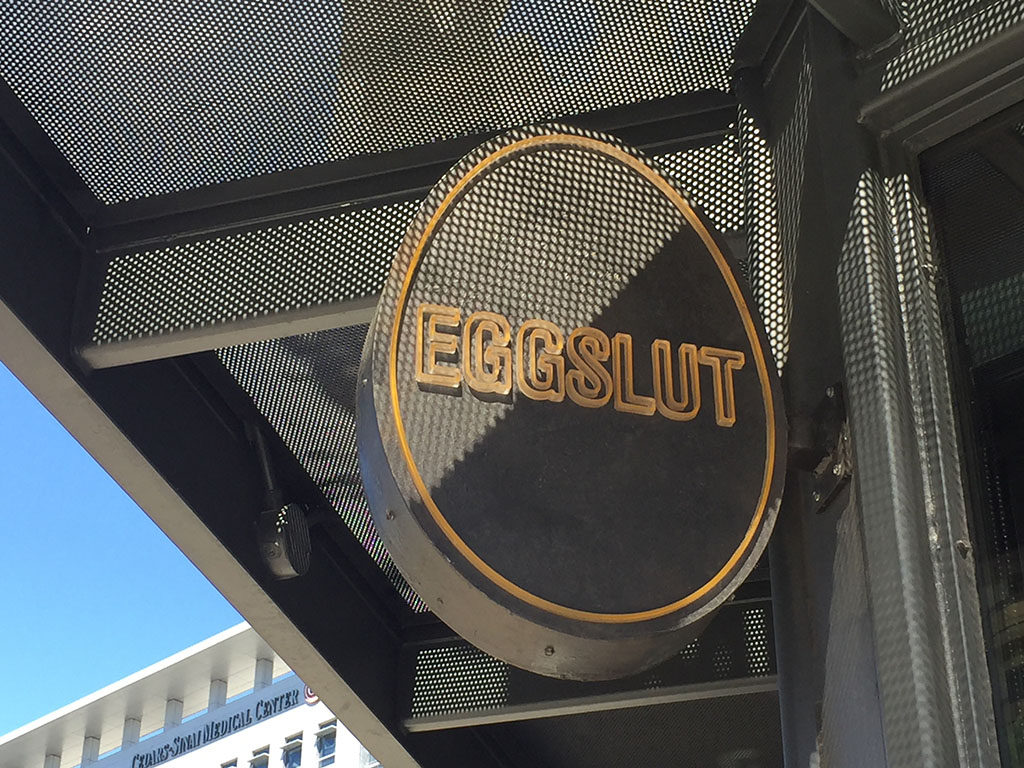 It was breakfast time, and where else would you visit than a dedicated egg eatery called “Eggslut”? Yep, that is it’s name. And basically everything on the limited menu had eggs. But hey, it sounded OK to me. I smashed down an egg brioche with bacon, caramelised onion, sriracha and it was delicious! No wonder quite a queue had formed by the time we left. 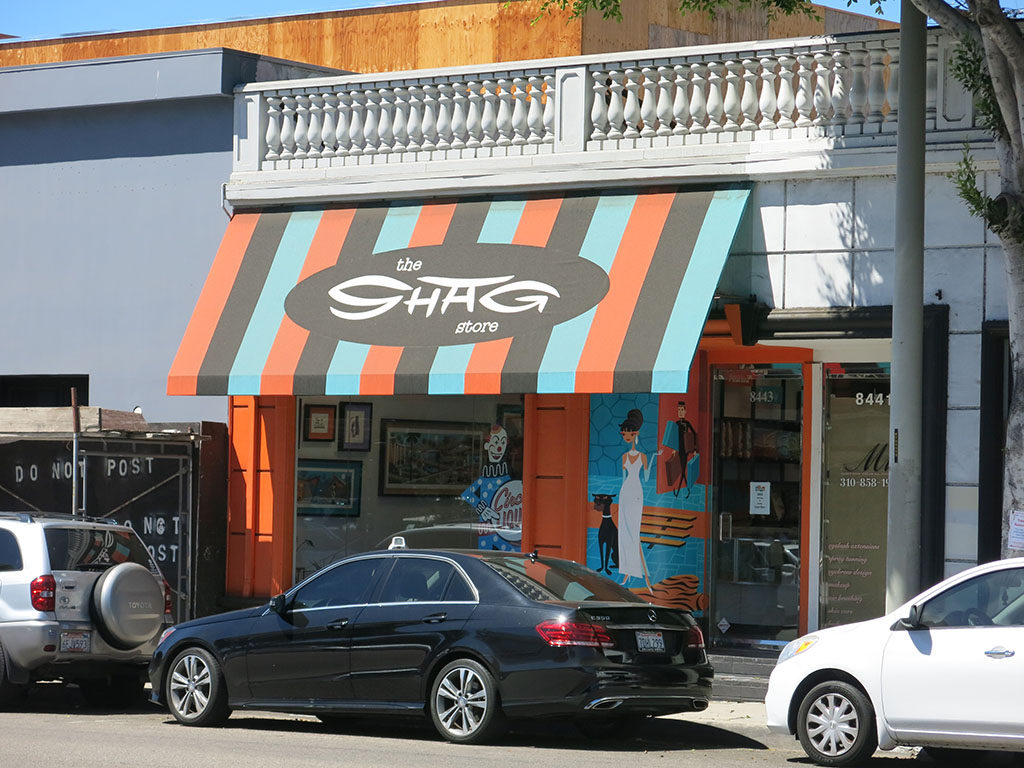 From there is was to our first main destination, the Shag Store. Those of you who know us know that we have A LOT of work by Josh Agle (aka Shag) in our house. So of course we had to visit the store! It was so great to see a bunch of his works framed up gorgeously. We didn’t over indulge, but of course we picked up a thing or two to bring home. 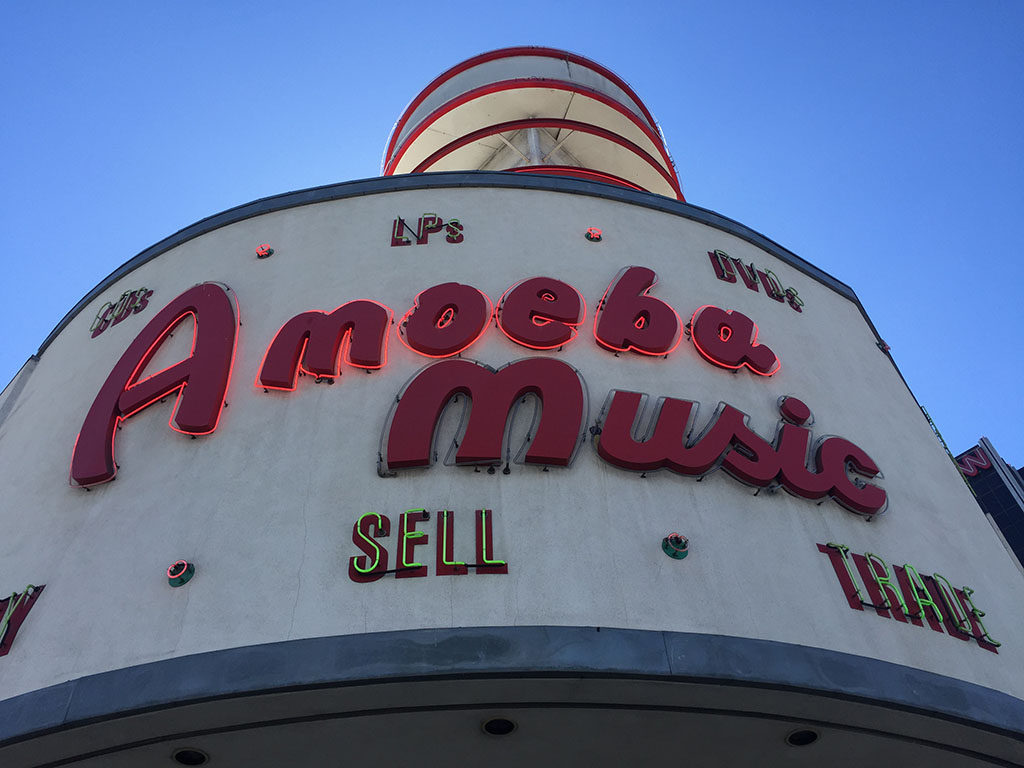 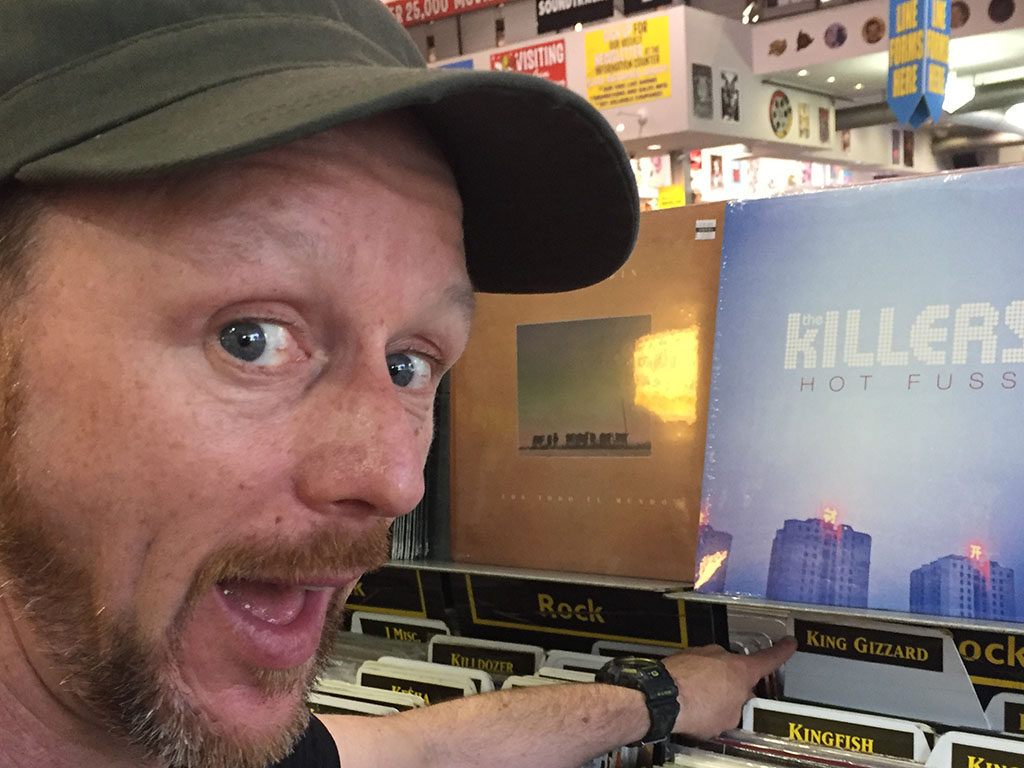 Back into an uber, and up the road to a bit of a mecca for someone like me, the world famous Amoeba Music store. I had visited the one in San Francisco many years ago, but had never visited the Hollywood version, so with Kate egging me on, she watched as I indulged in a bunch of records. Nothing that wouldn’t have been too difficult to get at home somehow, but a whole lot more convenient (and a bit cheaper) to buy them there. And of course I had to visit the King Gizzard section of the store! 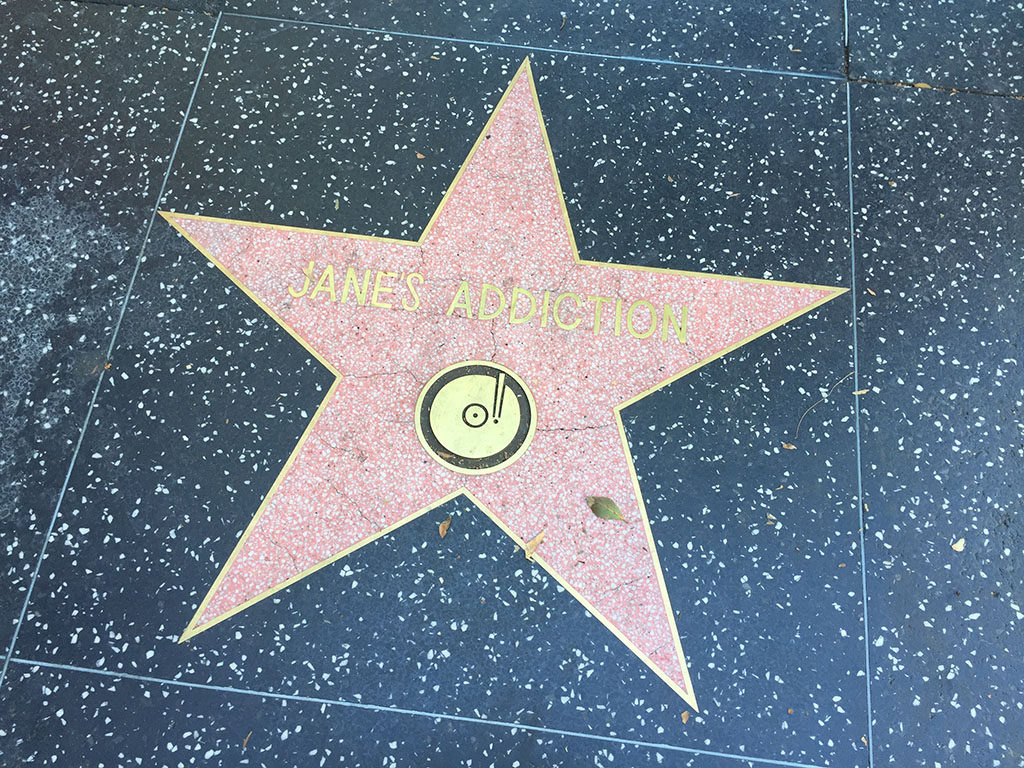 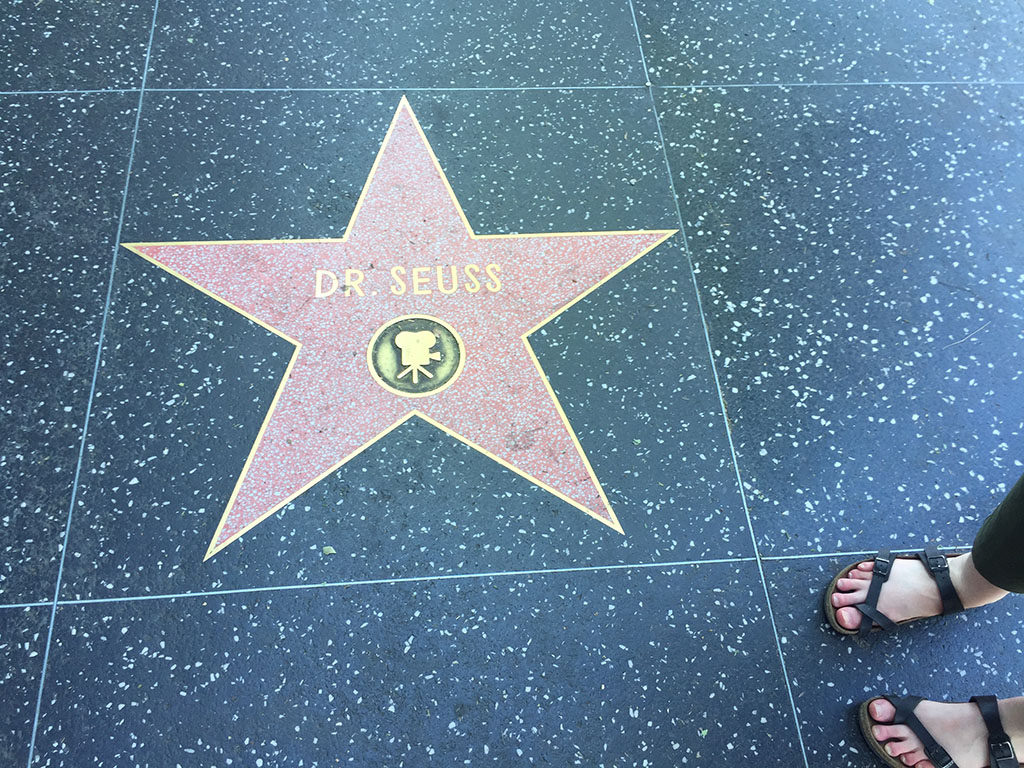 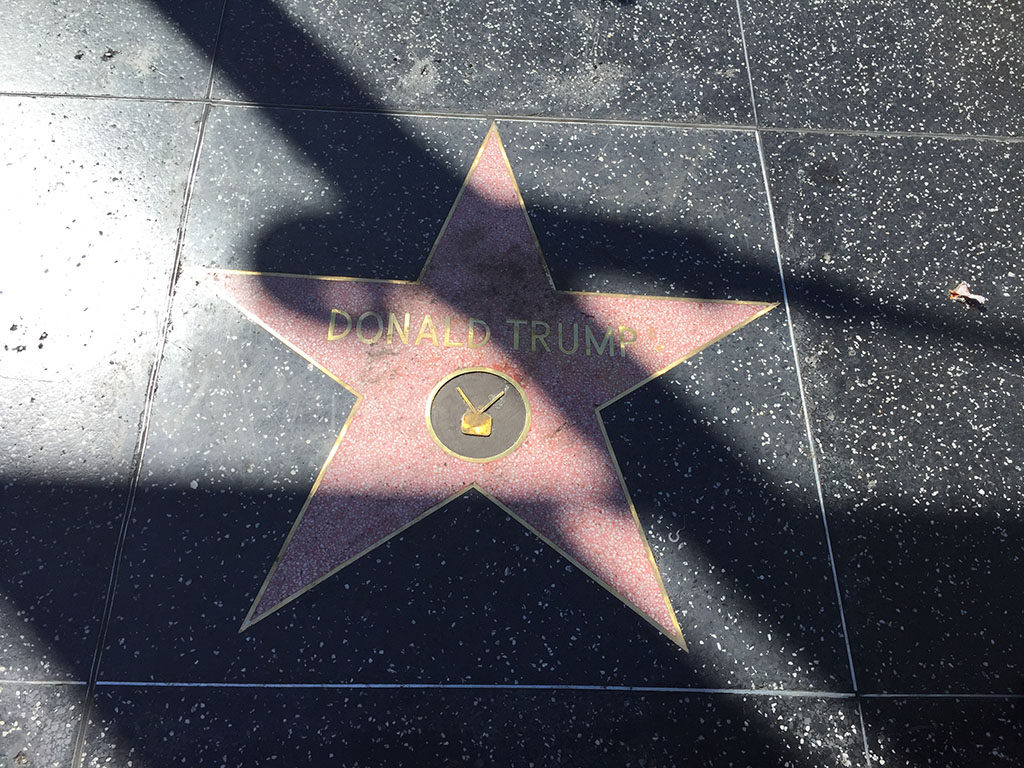 We were close to Hollywood Boulevard, so thought we may as well wander up that way. This is the part of LA I remembered, and remembered being very underwhelmed. In some respects it was still the case. However it was fun to just wander along the sidewalk, checking out the stars of those A through Z grade celebrities that we found. I will let you rate the stars above as you see fit. 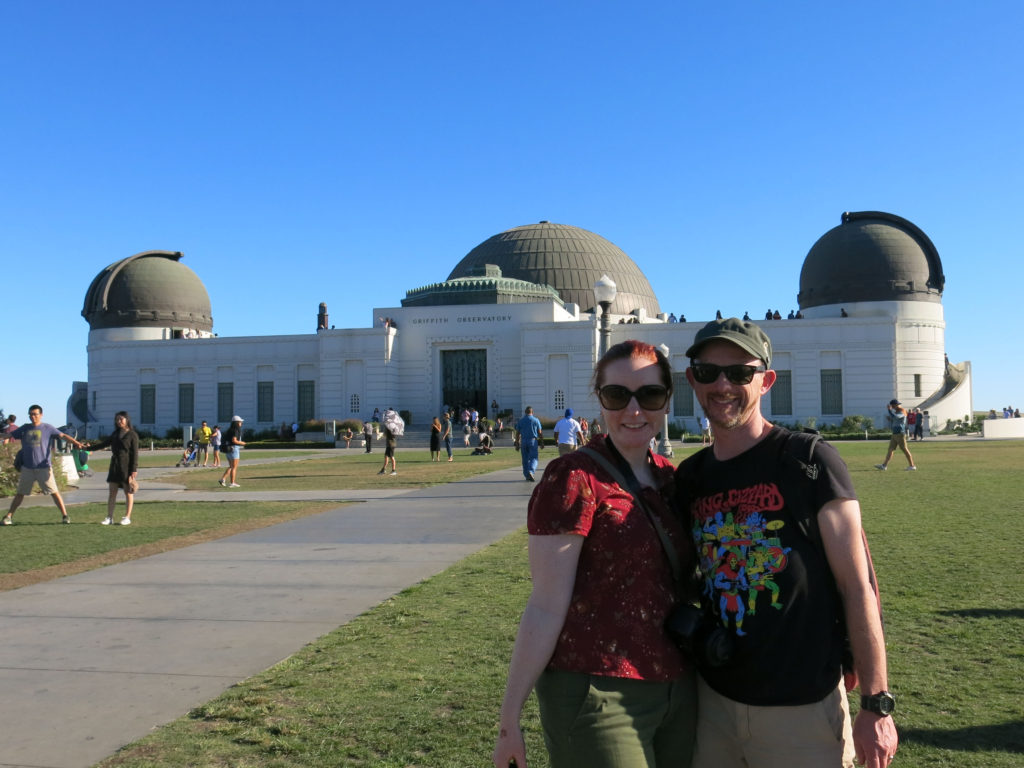 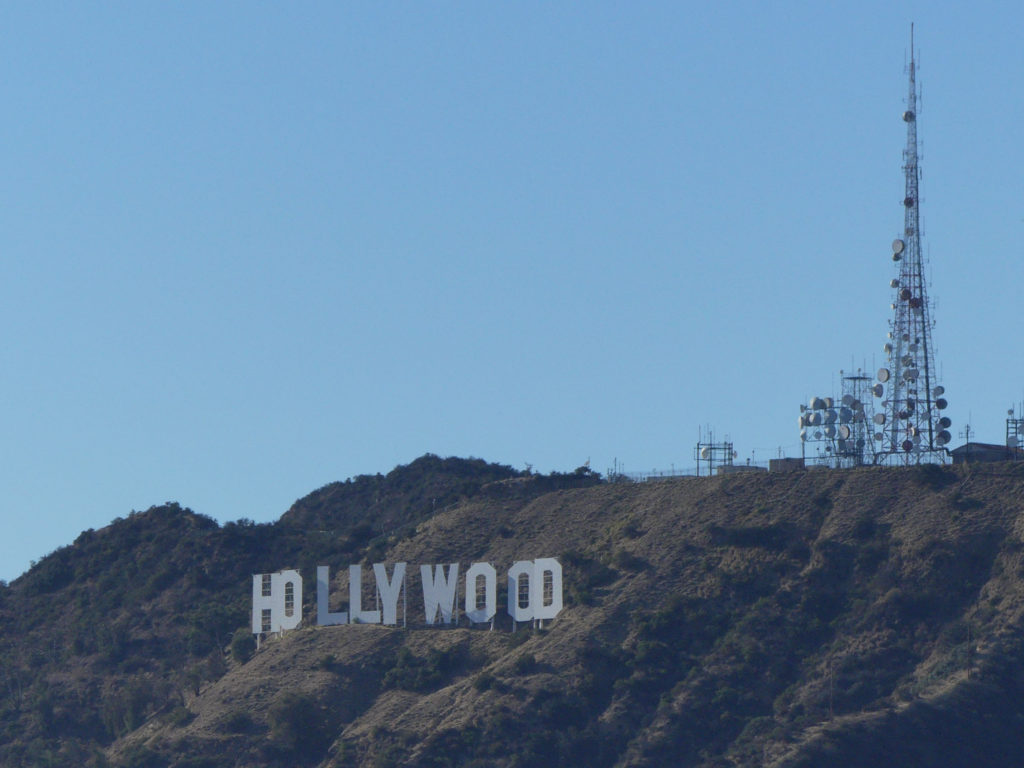 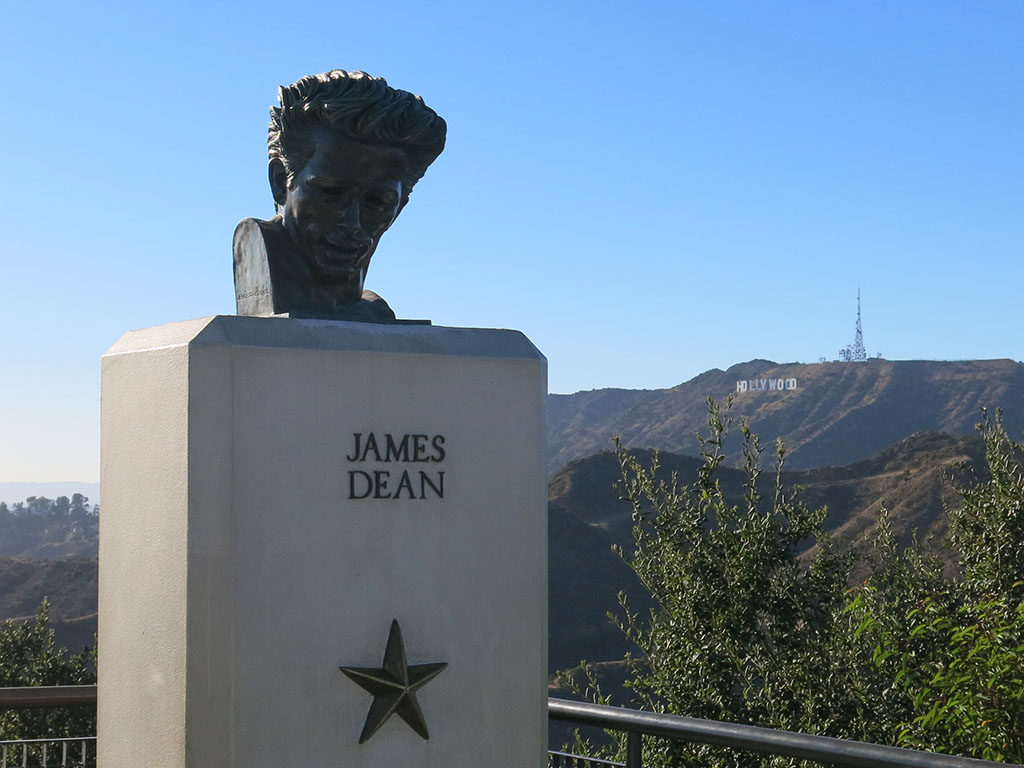 After a bit of a rest and lat lunch, it was off up into the hills. Yes! The Griffith Observatory! I had wanted to visit for quite a while, so it was great to finally visit. It was our up close of the classic (and pretty underwhelming) Hollywood sign too. But you know. When in LA… 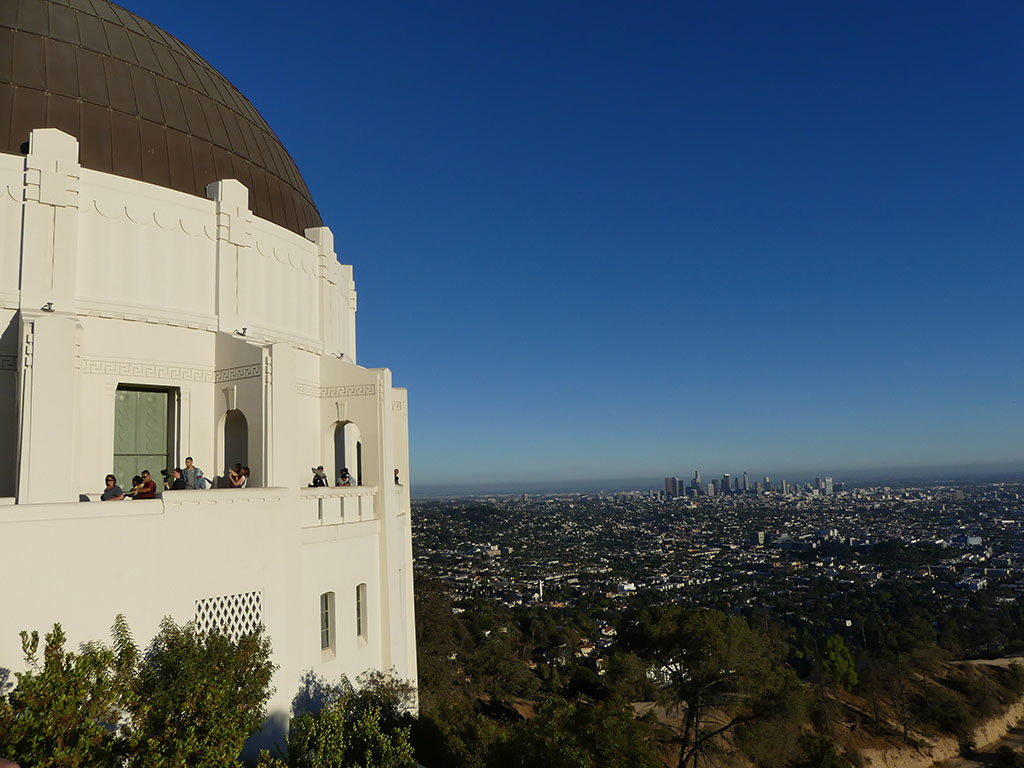 Sitting up in the Hollywood Hills the gorgeous old building overlooks sprawling LA. It is quite an incredible city when you see it like that. It is just so… big and flat. Quite remarkable that there are only a small of handful of pockets that could have anything resembling high rise buildings. That’s what makes it so unique. 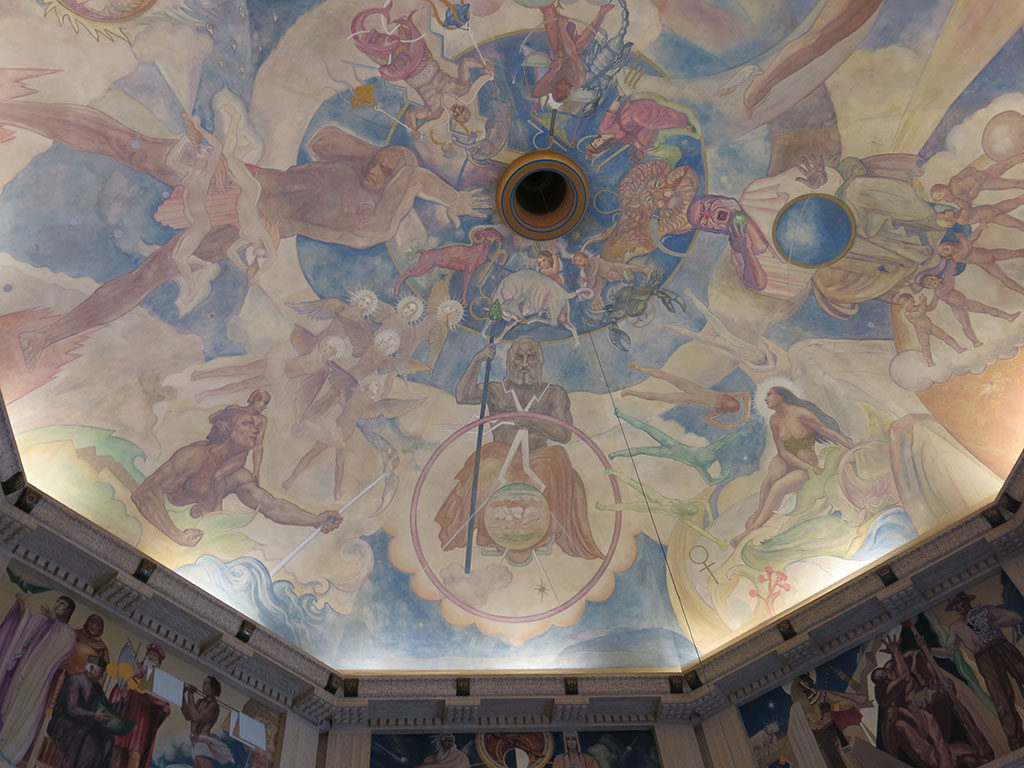 So off it was to explore. The observatory itself is not huge. It actually doesn’t take too long to visit all the exhibits and things. But that building is beautiful and views are great. Best was to just be on the room, looking out over the valley. 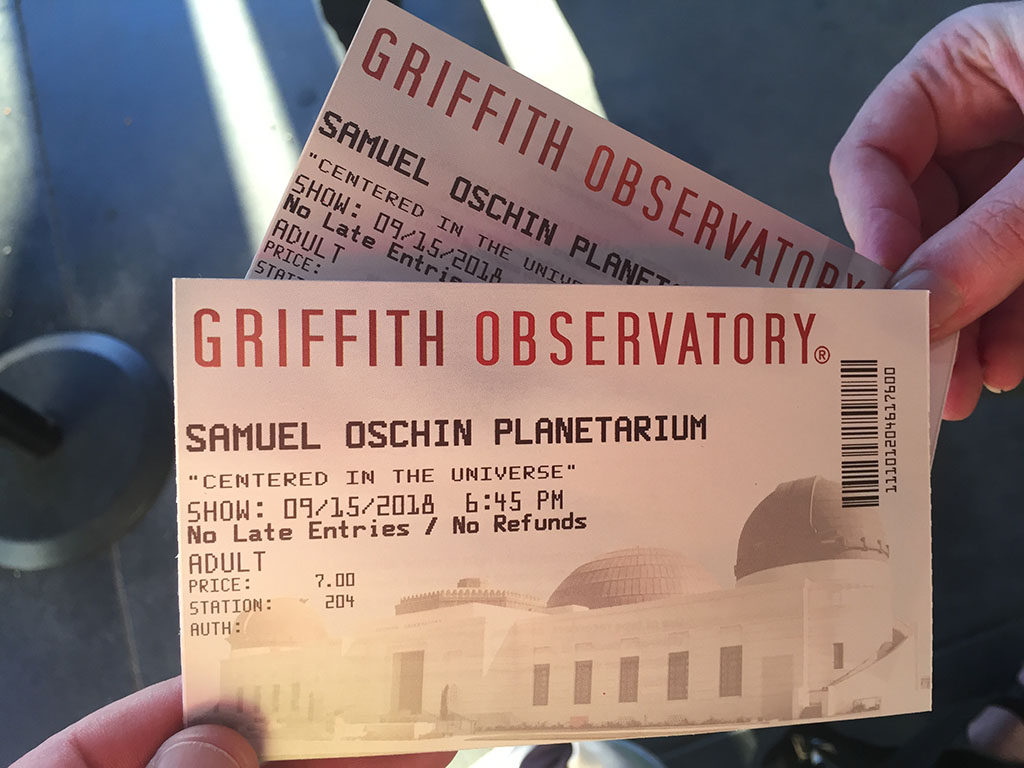 But a visit wouldn’t be complete without catching a show in the planetarium. I have such fond memories of the old Melbourne planetarium, and this also had the added bonus of being truly iconic. So we got in and laid back and enjoyed the (fairly standard) show about the planets and stars. It was OK, but I will never grow tired of seeing that projection in a space like that. 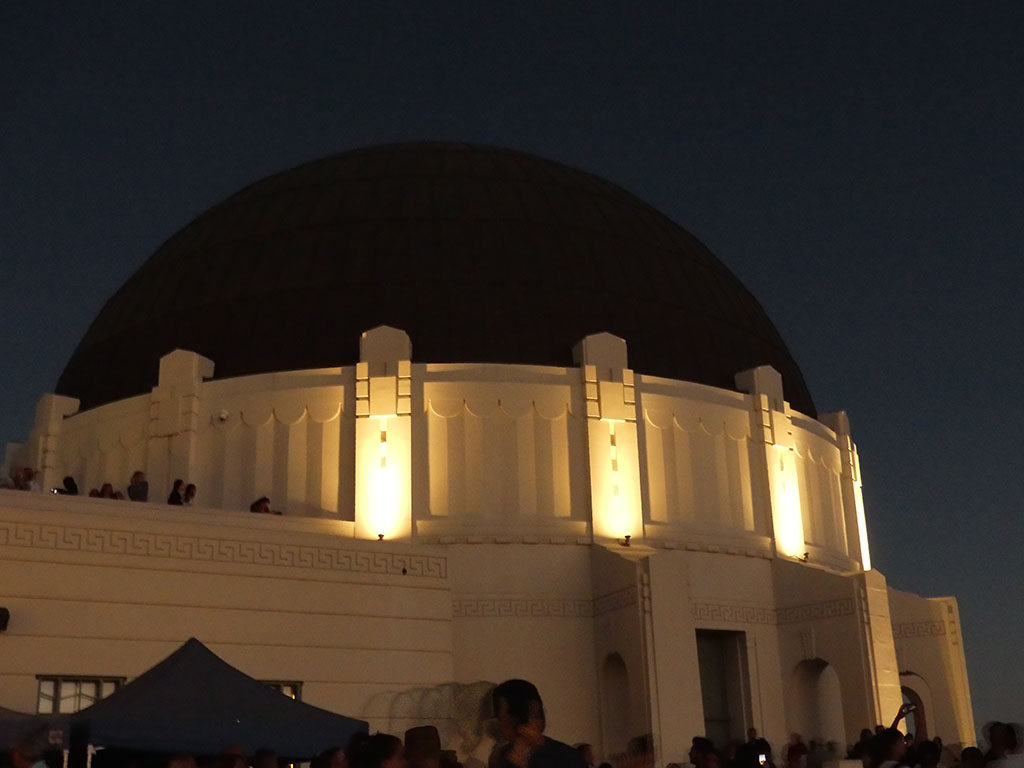 As we emerged the sun had just gone down, so the view had transformed from sunny and hazy to glowing orange and glowing street lights. LA looked even bigger like this. 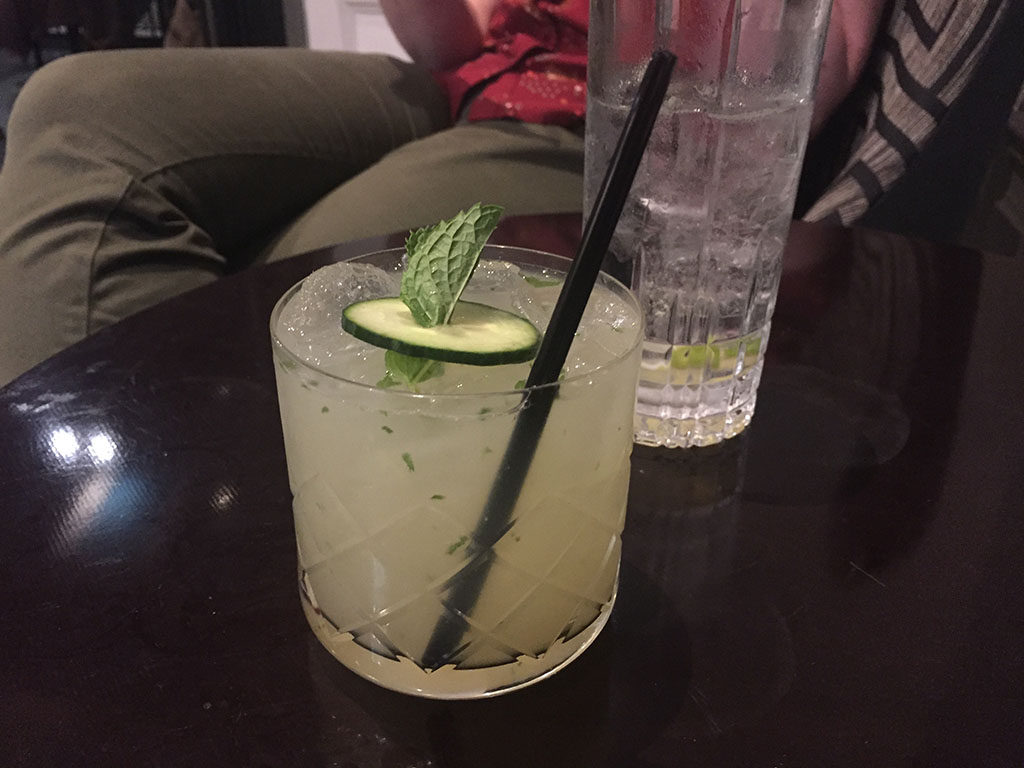 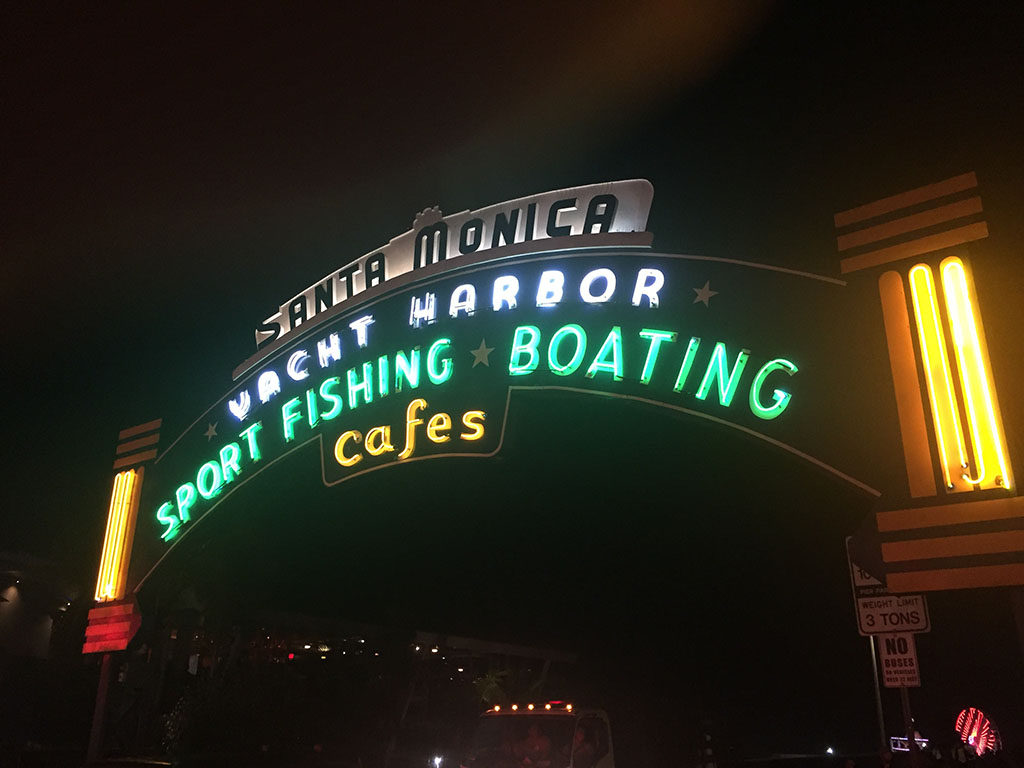 We soaked up the view and then decided it was time to head back to Santa Monica. After battling a bit of traffic we got in, dumped our goodies, and headed straight to the bar for a nightcap. I got the bartender to whip me up a gin cocktail (with lemon, honey and mint) and it was mmmmm. Hit the spot after a nice long day in the sunshine. A brief bit of a walk outside and it was time for bed.