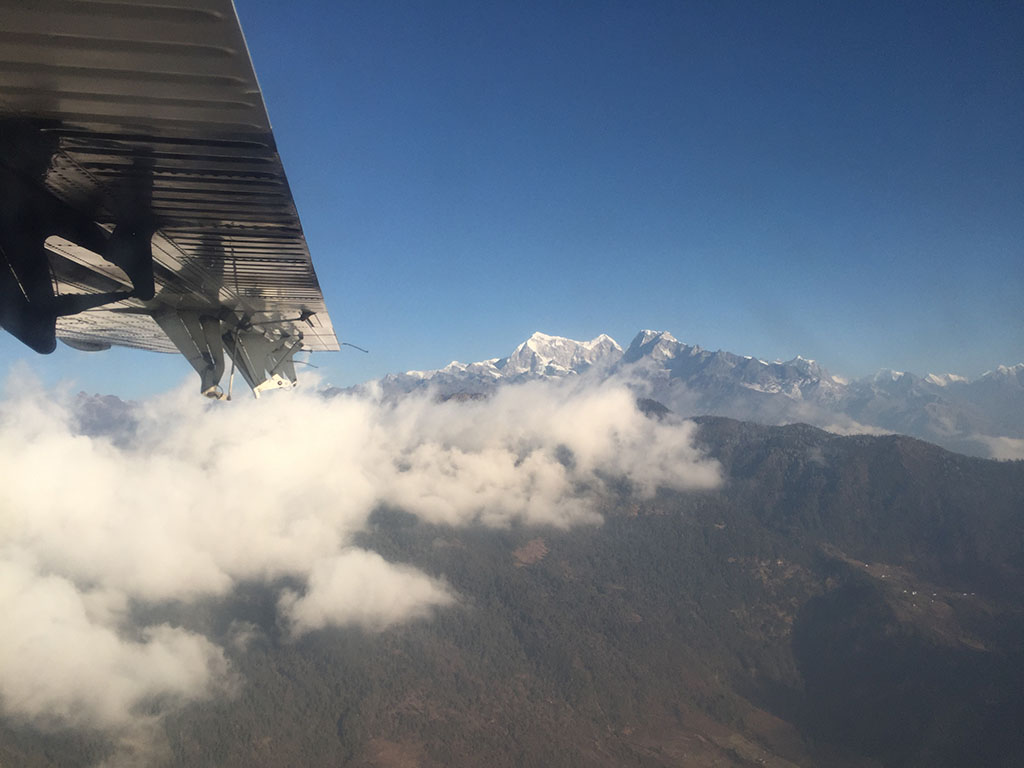 Yes! As you have worked out there was a happy ending to the story the next day!

We got up early again, scheduled for the second flight of the day. As soon as we were up we could see from the skies it would be a different story. No breakfast, just a quick cuppa, and it was down to the airport. With only a slight delay of an hour or so, we saw the first planes coming in. Woo hoo! We would be leaving soon. 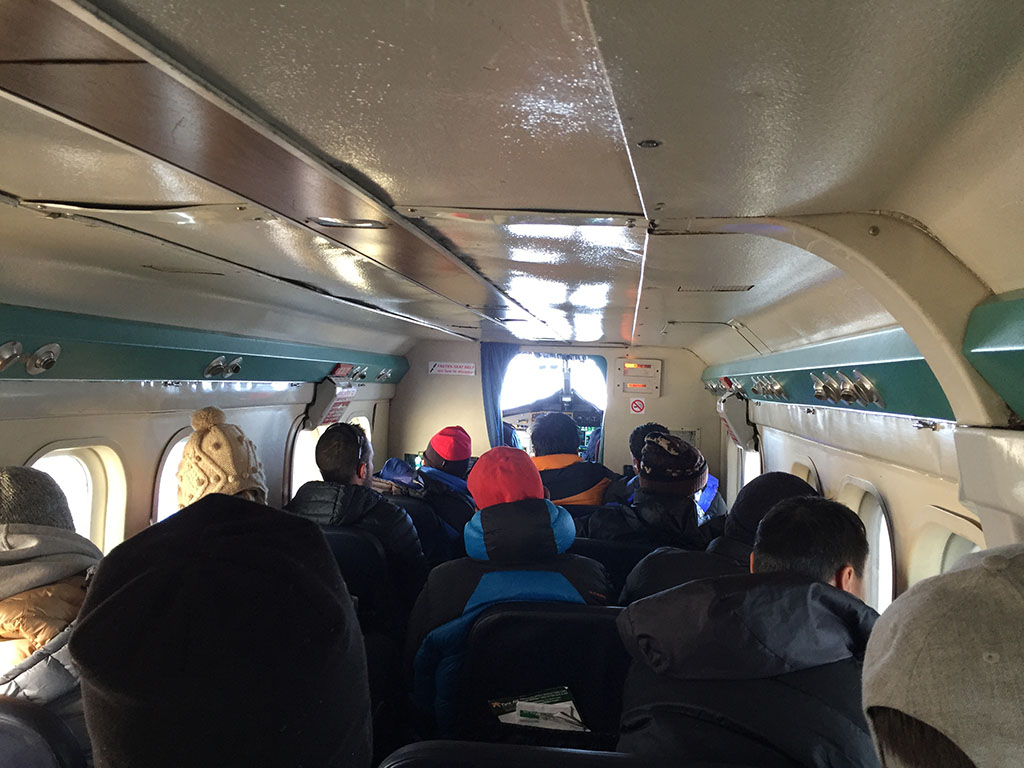 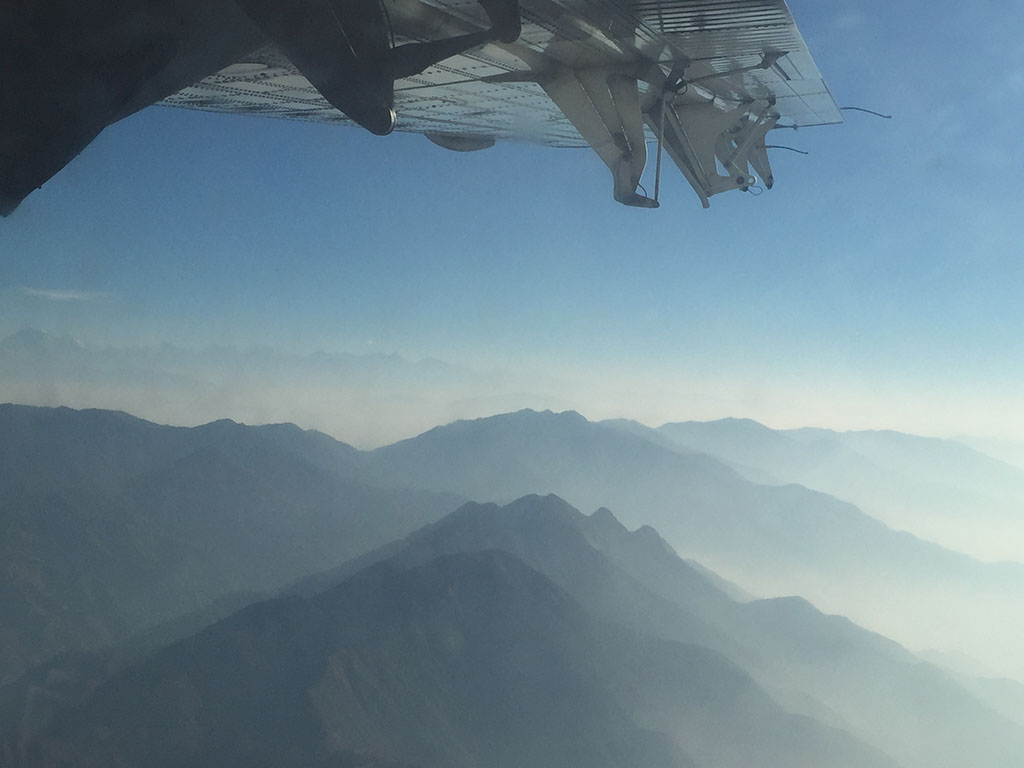 And in no time we were getting on a plane. Oh the excitement! This time there was no fake-out… we were taking off from the short Lukla runway and on our way back. A nice smooth flight and in just an hour we were back in Kathmandu.

All things going to plan today would have been the day when everyone was starting to do their own thing, heading home or off on other adventures. But given we had not really had a proper farewell we did our best to try and finish off the day with some fun. We had a few different hotels amongst us, so myself and some others went to the very swanky G Adventures hotel to freshen up while some others were back at the Fuji, where it all began. But we all had hot running water and that was the main thing.

Oh, and that hot running water! On the trip I had never felt too much of an urge to *need* a hot shower, but it was quite glorious to be in one now. But it was also my last few hours in Kathmandu I could explore, so after freshening up, I decided to wander about the city, just to buy some souvenirs and soak it up one last time. Oh and to eat more chilli buff momos!

I didn’t do terribly much, picking up some small gifts for everyone back home. I also did enjoy my chilli buff momos as well as some steamed chocolate momos. They were OK, but I could see why they weren’t common on menus.

After getting back to the hotel and freshening up, we all met up again for one last dinner. Pasang and Mingma helped get us all together and what was lovely was that we had a chance to all say our farewells to them together. Pasang and Mingma were amazing and followed in what is seeming to be a long lineage of G Adventures CEO’s that are simply just pretty incredible people. These two were a massive part in making this such an incredible trip. 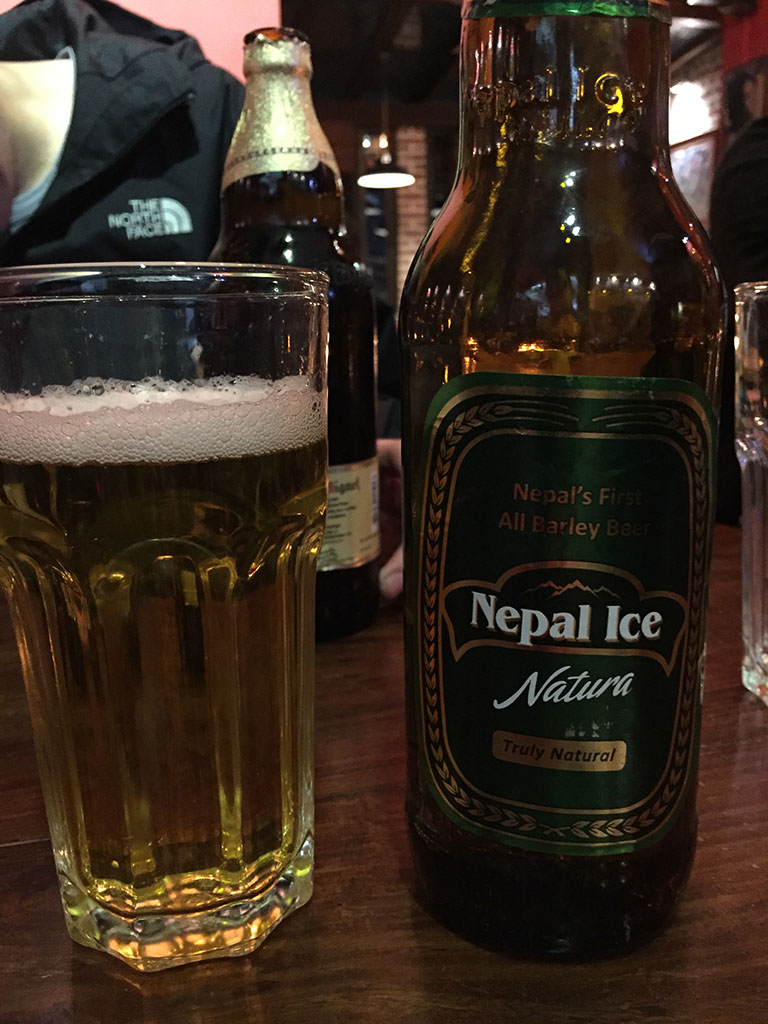 Pasang and Mingma bid us adieu, and the whole hiking gang headed off to Fire and Ice, a local pizzaria. Yep, pizza. We had all had our fill of rice and daal bhat and momos and so some pizza was in order. And what pizza it was! Nice traditional Italian style pizza. So with lots of pizza and beers we enjoyed our last dinner together. 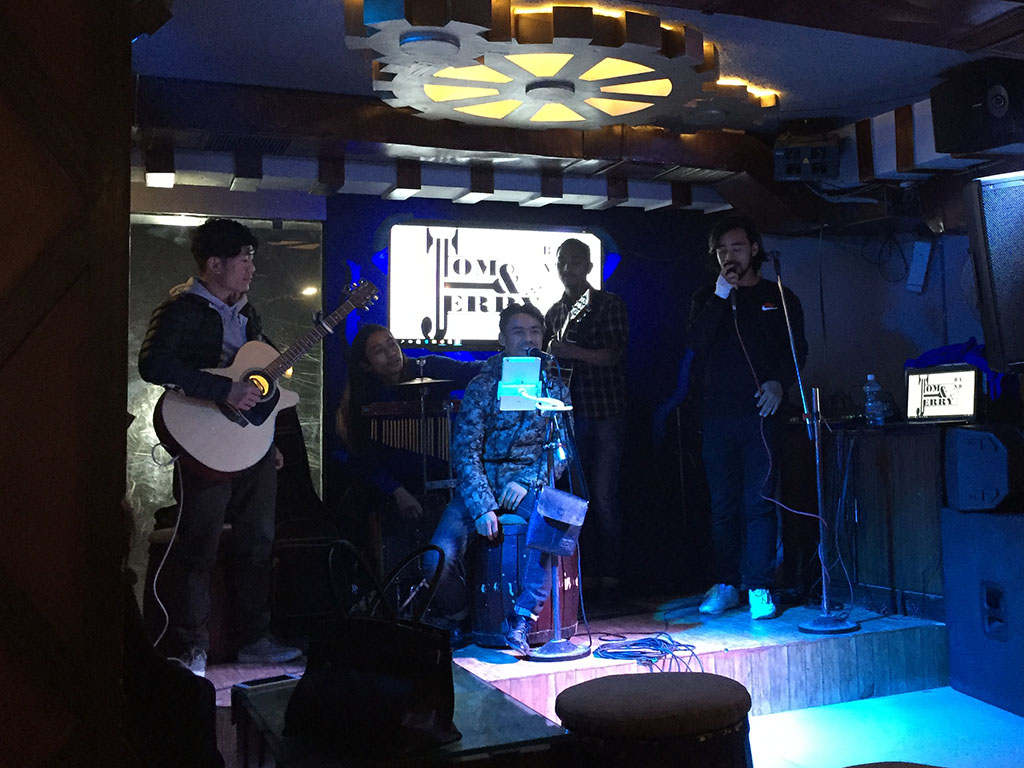 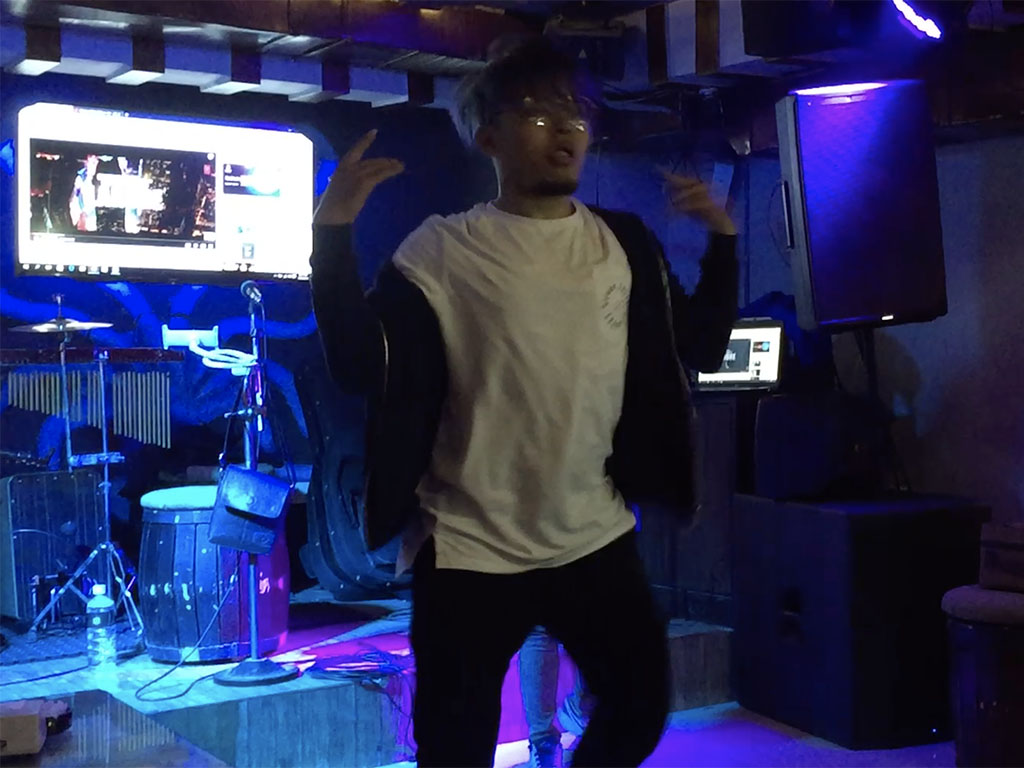 Some of the crew had flights to get to or early mornings, so we said our goodbyes there. Some of us had lazy mornings the next day so we headed out to a local bad, Ozzie Bar (no, not an Aussie bar) for more drinks and live music. Damn, it was a strange place! Two of the guys had visited when they first arrived in Kathmandu and warned us it was a bit odd, and it was but so great. There was a local band playing cover songs, some in English, and some in Nepali which was fun. They then took a break and then things got kind of strange. A couple of locals were cuing up random Youtube videos on the screen and absolutely nuts dancing ensued! So crazy to watch them and everyone else getting right into it. 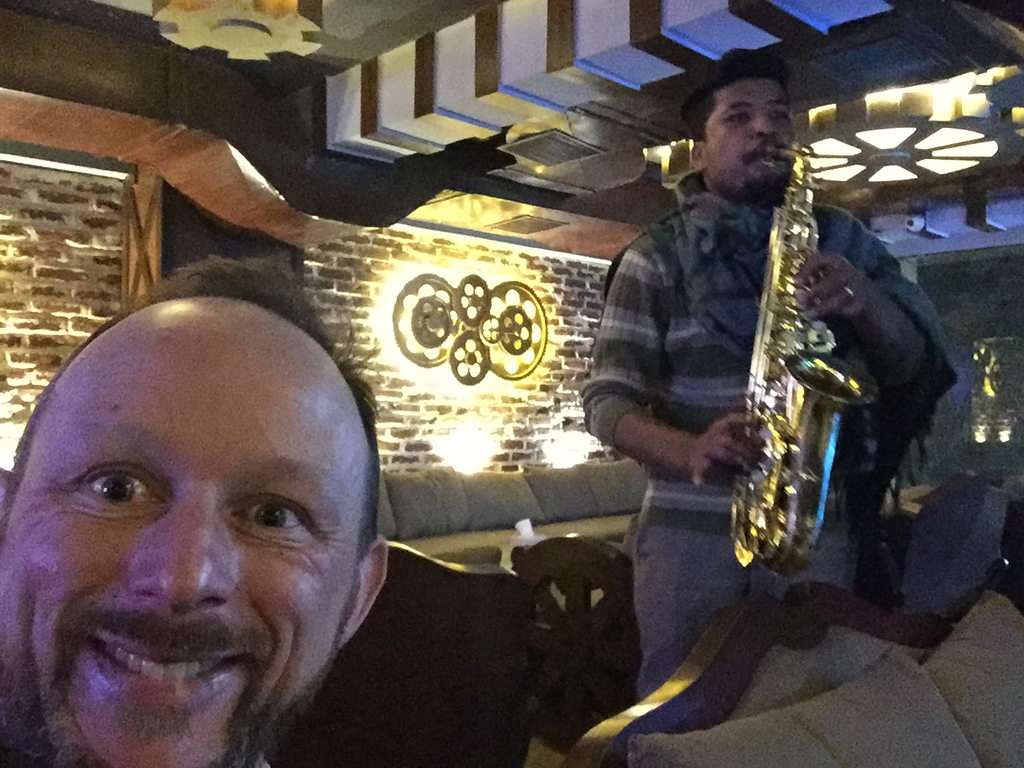 The band came on and their cover of “Sex on Fire” was strangely and weirdly a bit of a highlight. Hearing it with the Nepali angle was one thing, but during the song, a random person in the crowd opened their bag, got a saxophone out, and started wandering the bar playing along. We all seemed to think he was part of the act, and while we couldn’t say he was entirely in tune with the band, we just thought it was an added layer of oddness to what was already happening. But then after a couple of other songs security went up to him, got him to put the sax away and marched him our of the bar! So strange! What a fantastical way to end my last night in Kathmandu and Nepal.