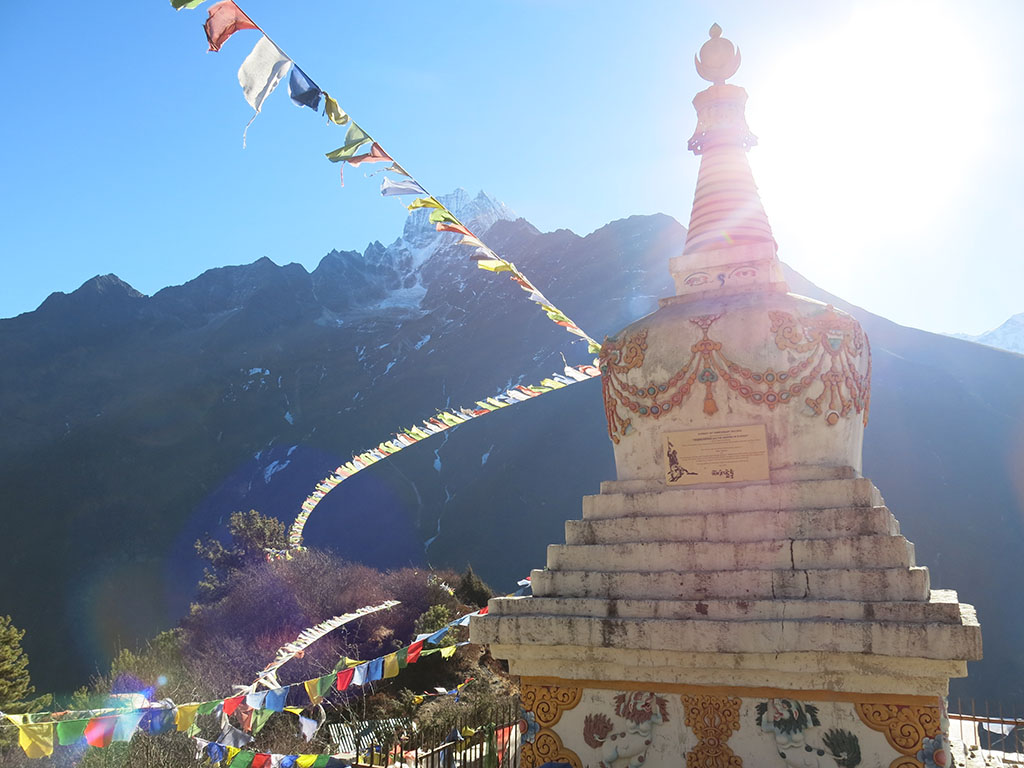 Today we departed Namche to weave our way further through the Himalayas. The plan was to descend and then ascend… in part because that was the main trail, but also to help some more with acclimatisation. So at 8am it was out the door and a little bit up before heading down a bit of a ways. Today was particularly spectacular as we had frequent amazing views of gorgeous peaks. Ama Dablam was a constant friend as well as Everest poking her head out quite often too. Sigh. 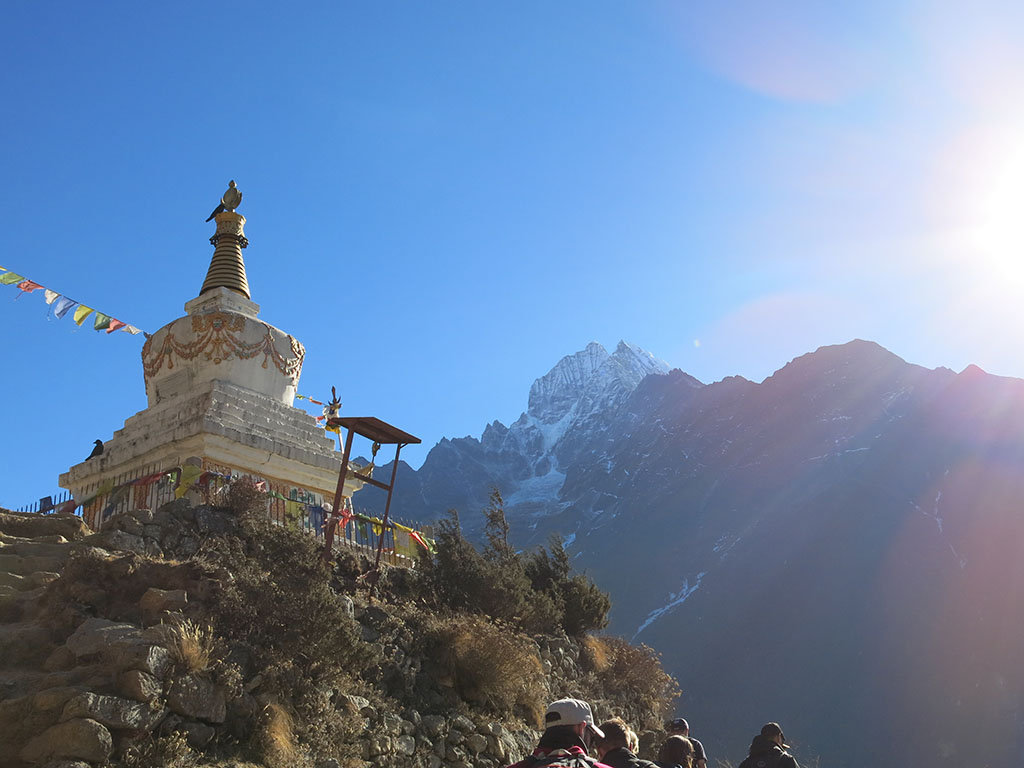 At an early peak we arrived at a stupa dedicated to all the Sherpas who had fallen foul of the mountains, and dedicated in the name of Tenzing Norgay. With views of Everest behind, it was simply stunning. 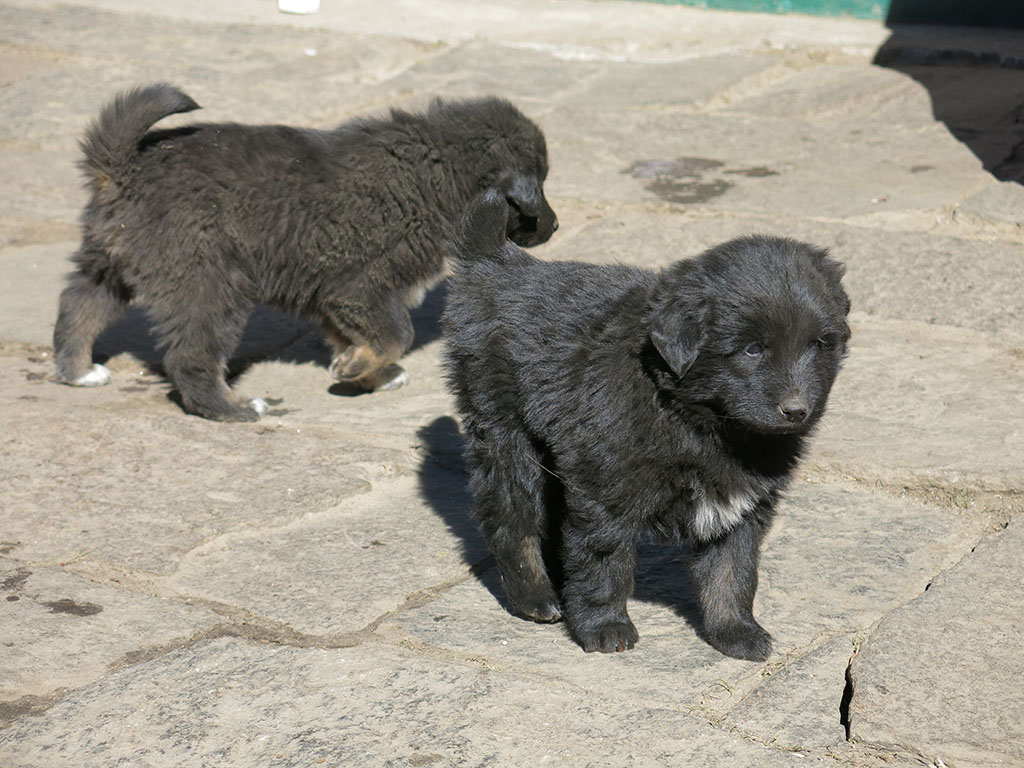 From there it was down a valley for a couple of hours until it was time for tea (how civilised we are each day!). We stopped at the Ama Dablam tea house in Kenjuma (approx 3570m), where the highlight was not the amazing view of Ama Dablam, rather the two puppers we could play with. These doggos were fast become a highlight of the trip. 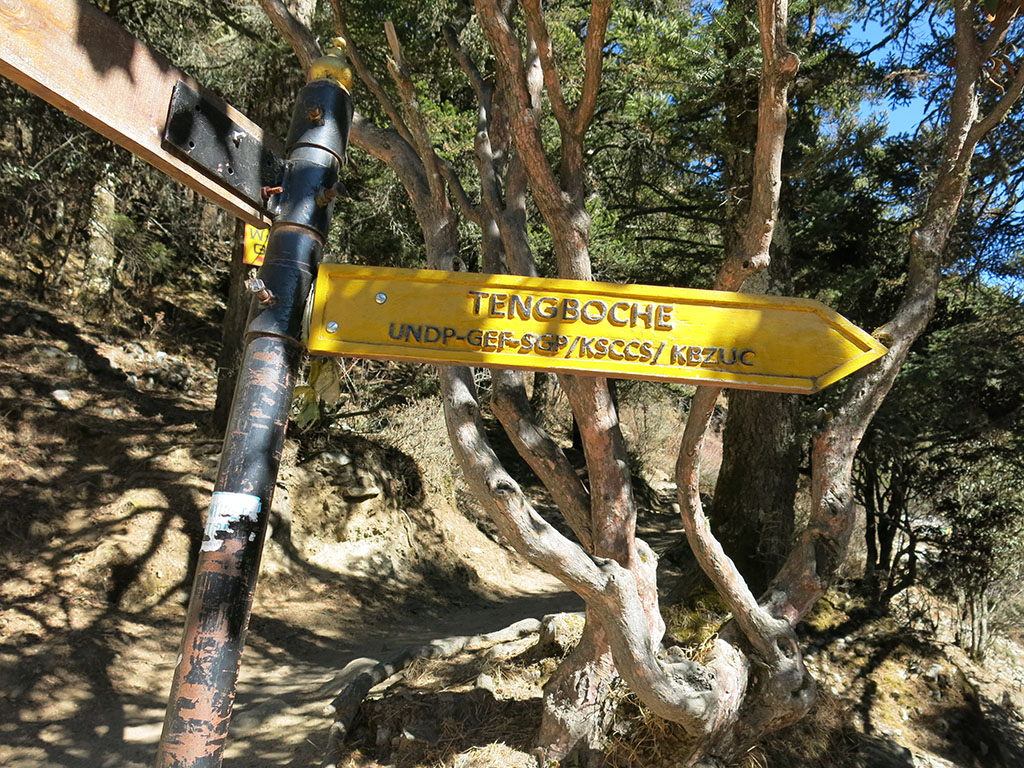 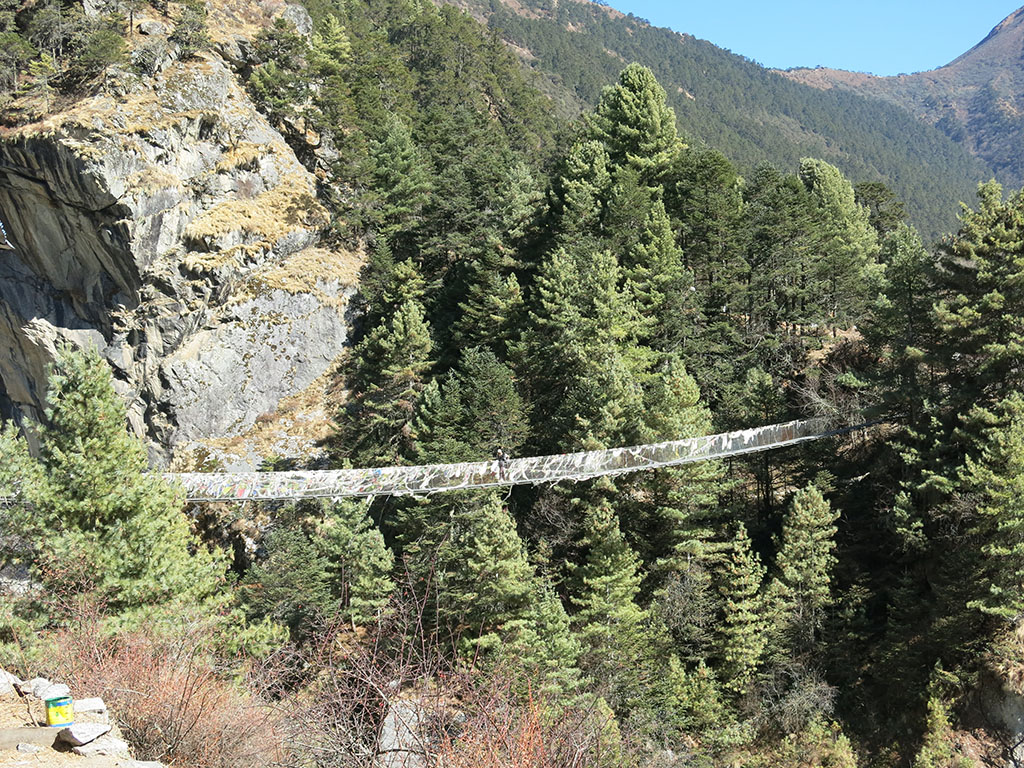 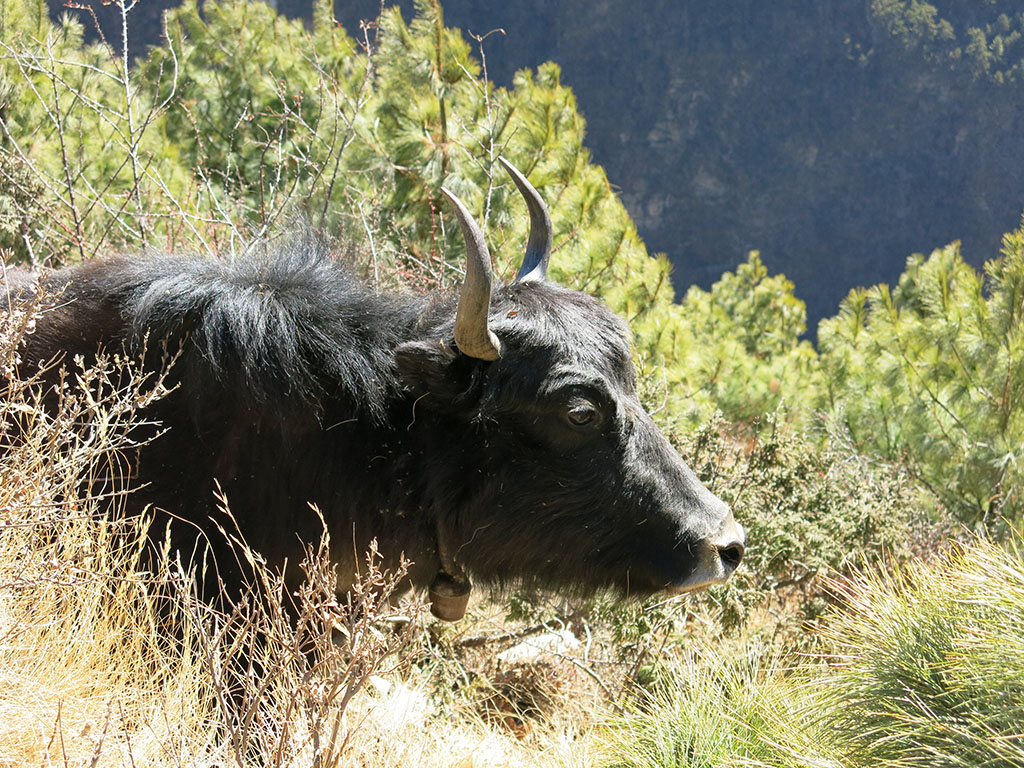 An easy hour of hiking later and it was time of lunch. An odd but delicious veggie spring roll (almost more like a sausage roll) hit the spot, ready for what was to come… basically 2 hours of straight up. Alrighty then.

The first hour was pretty steep stairs that just kept going and going. I was feeling pretty good still, something I was super happy about. Neither the altitude nor the exercise was getting to me really. A combination of luck and training I think. I would get a bit puffed for sure, but nothing too bad. The last hour was more gentle, but still a fairly steep switch back. 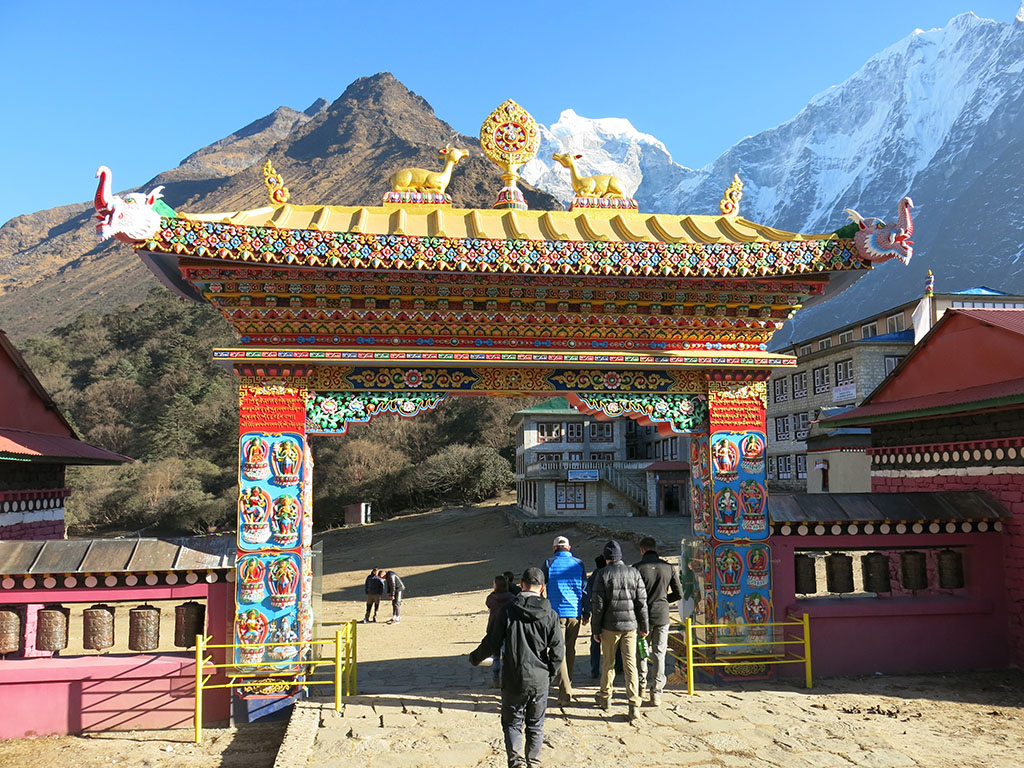 We were happy to reach Tengboche, a nice small village where the cold was becoming more apparent, especially as the sun crept below a peak. As soon as we stopped we all felt the chill. Tengboche is also home to a nice vibrant Buddhist temple dominating the village. After dropping all our things off we popped in to be lulled into a nice relaxed state by a local monk. “Om Mani Padme Hum”, a typical mantra featured heavily, although by this point in the trip it had become affectionally known as “Oh Mama Take Me Home”. A couple of hours into steep uphill and that often sprang to mind!

The mantra was a nice way to end the day. After dinner once the sun was well and truly down a bunch of ventured out into the cold to stargaze. Crystal clear skies meant the stars were bright and the Milky Way was nice and vibrant. Was this real? Yep.