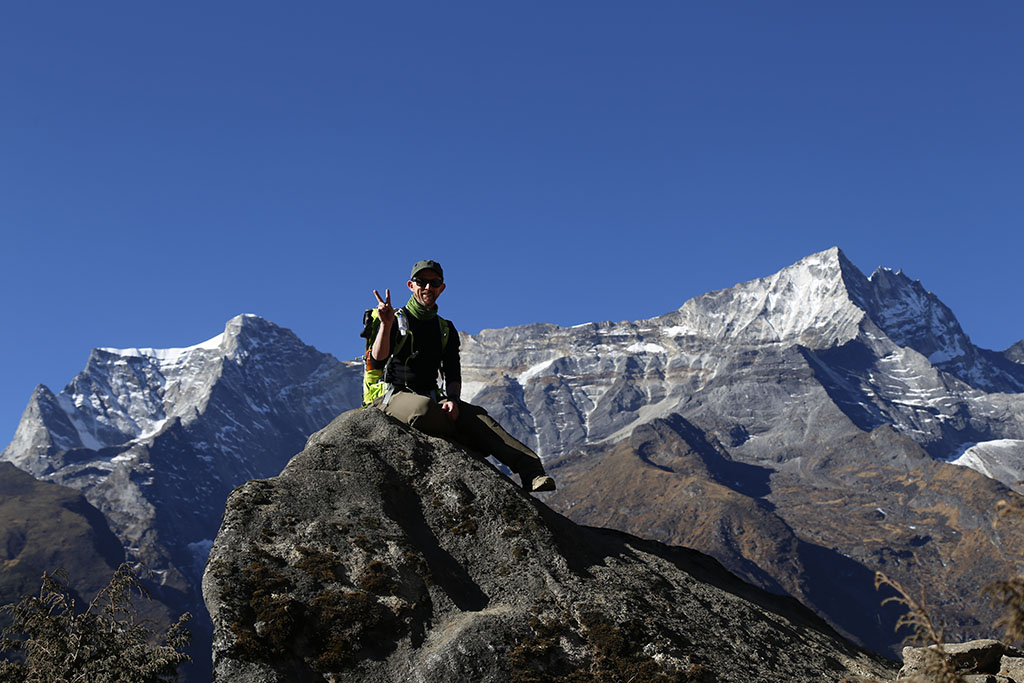 Our first big day of hiking awaited today. Even though 7+ hours was ahead of us it was still a relatively relaxed start to the day. A 7am wake up, leisurely breakfast, and then out the door a bit after 8am. The destination was Namche Bazaar, sitting at about 3440m. It was also the location of our first acclimatisation day so it was a fairly gentle way to get the trekking underway. 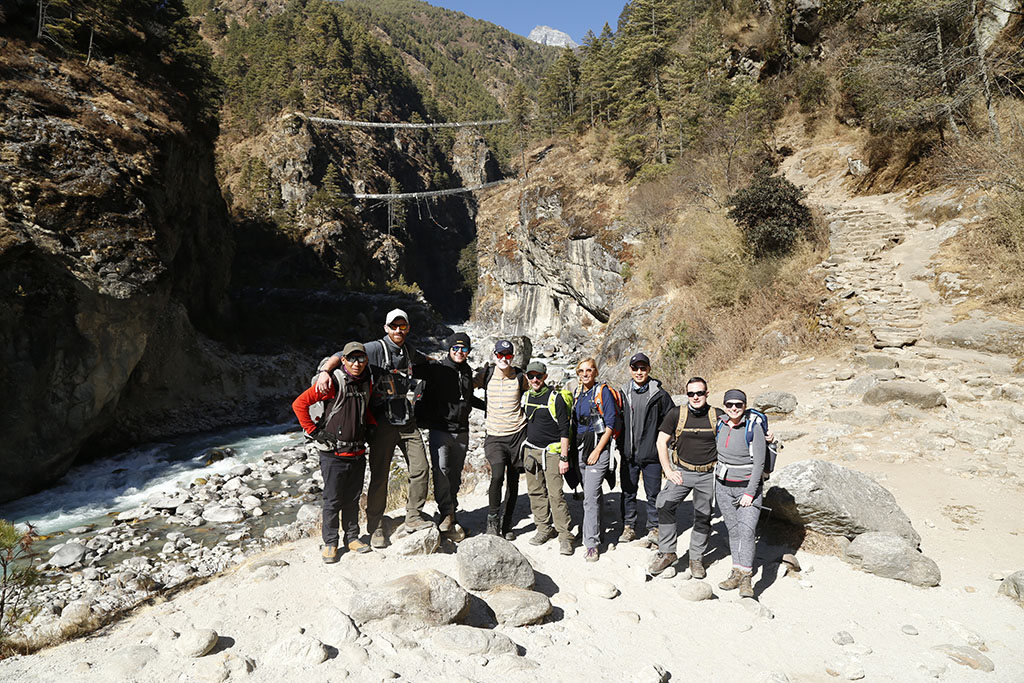 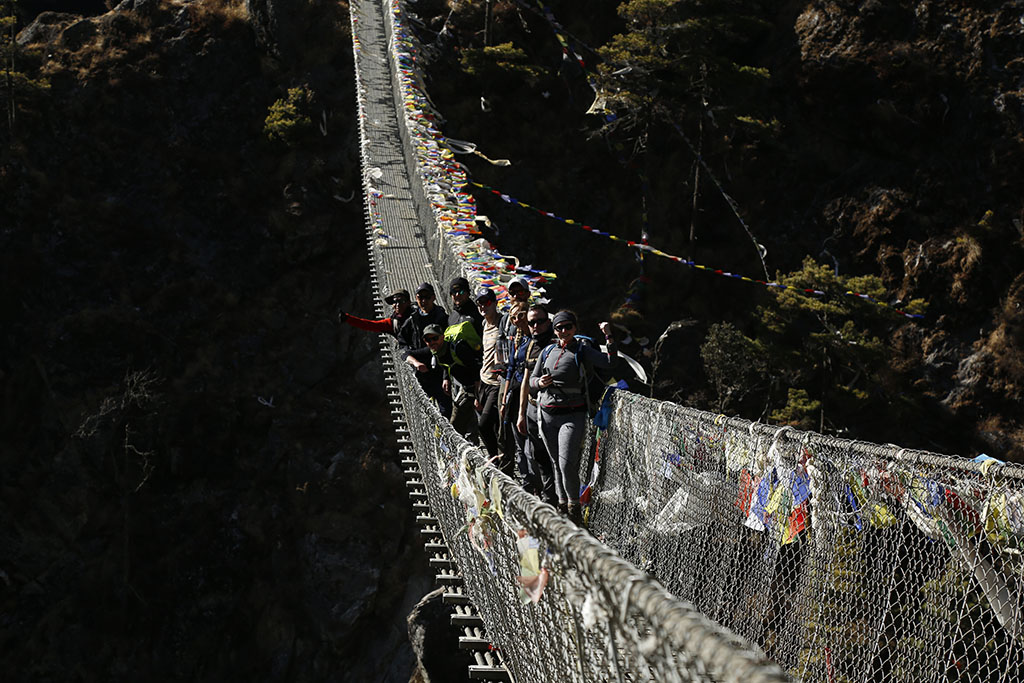 Like yesterday, the path was half “Nepali Flat”, but also we were going to encounter our first real upward trajectory. Over the course of the day we crossed a number of amazing suspension bridges. As someone who loves heights it was awesome! Happily all our group was good with heights too meaning no coaxing or blindfolds were required. 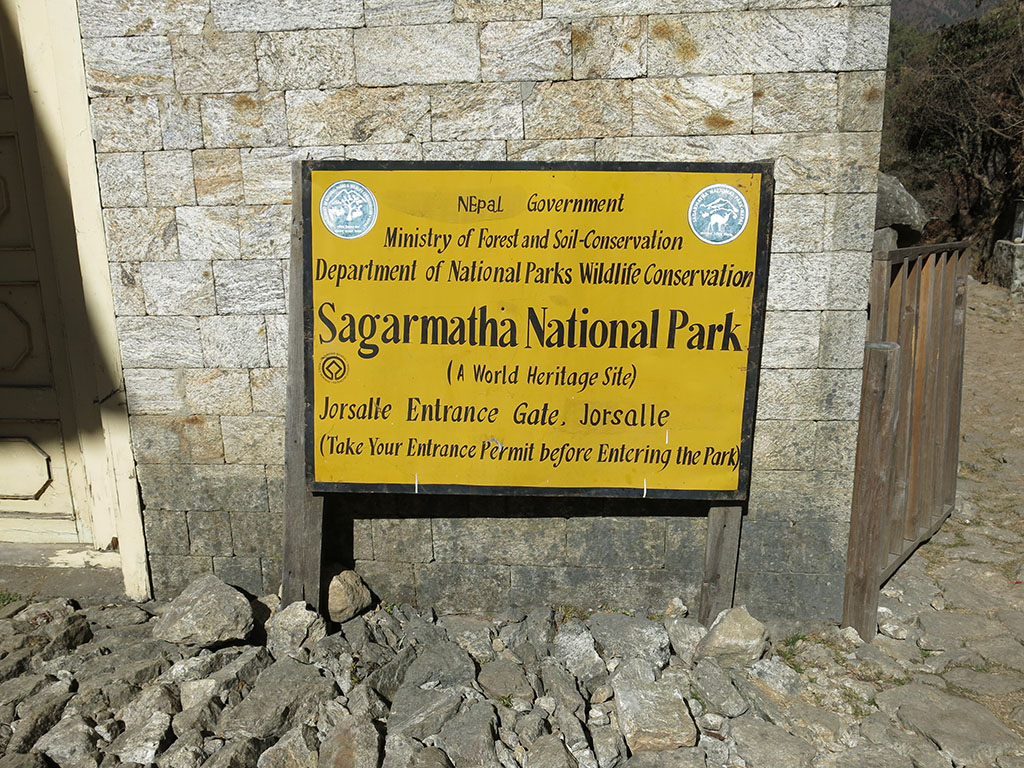 officially into the national park 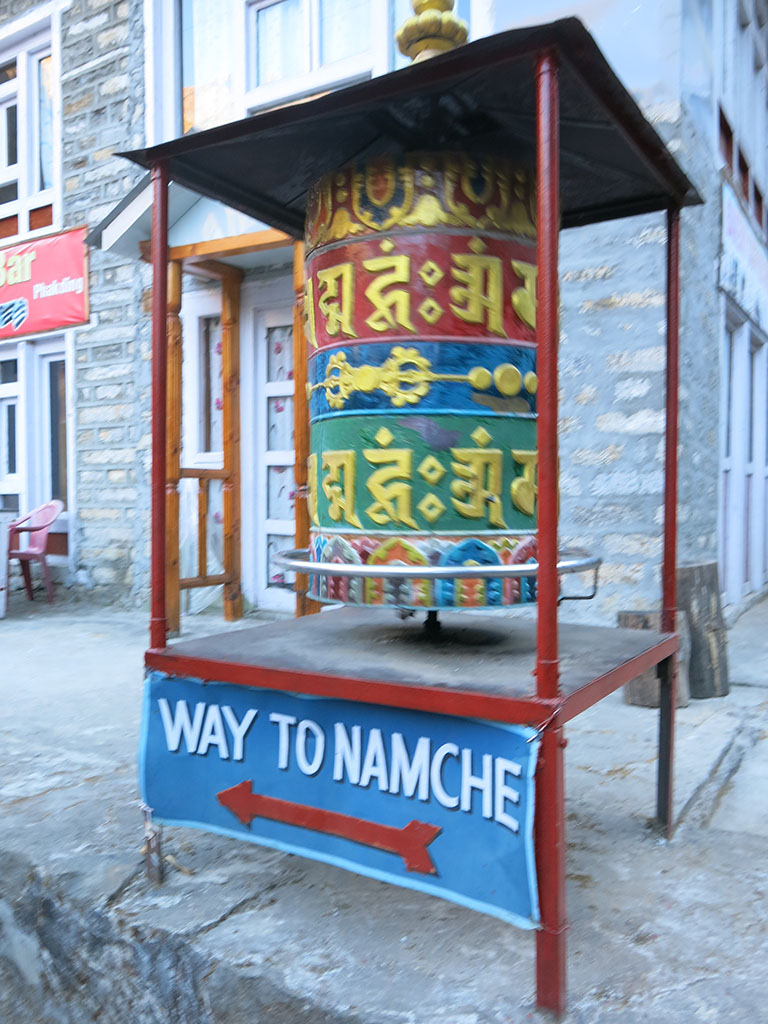 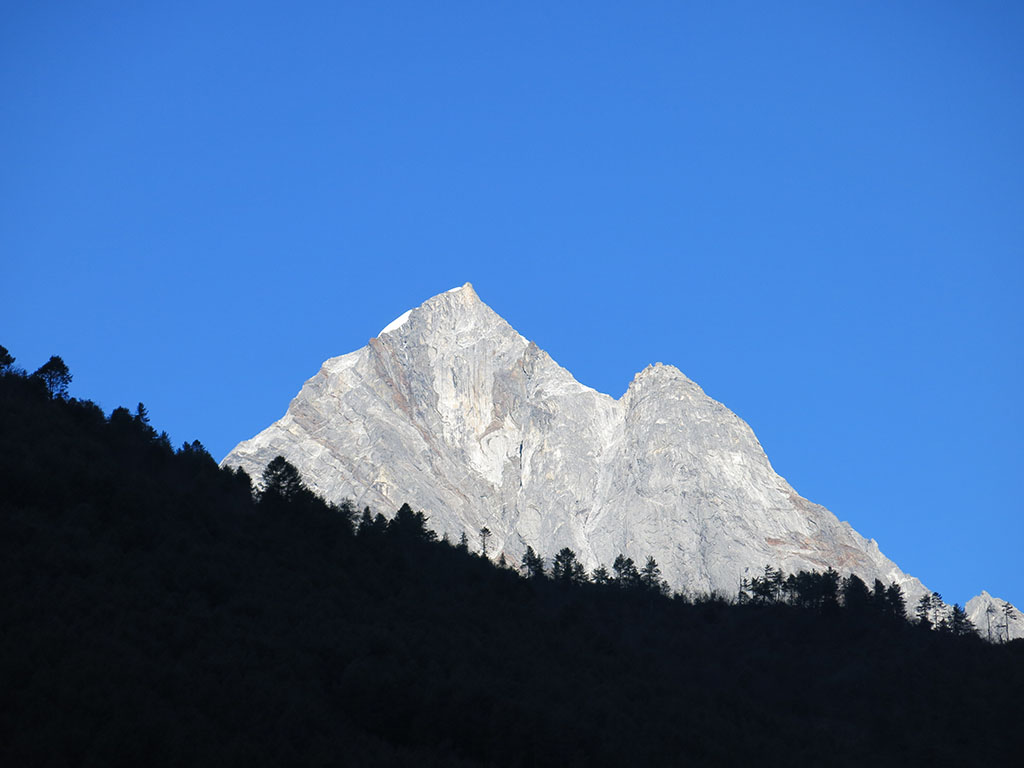 Most days consisted of a few hours of hiking and then a rest stop at a tea house to enjoy a cup of tea, or in my case usually a lemon, ginger and honey tea to ward off any colds that may think they were going to strike. Today at about 10:30am we settled in for a cuppa, meeting our first fellow travellers coming the opposite way. Given it was low season for hiking, we were not really encountering many others, only a handful per day. Certainly at odds with the stories of crowded trails. 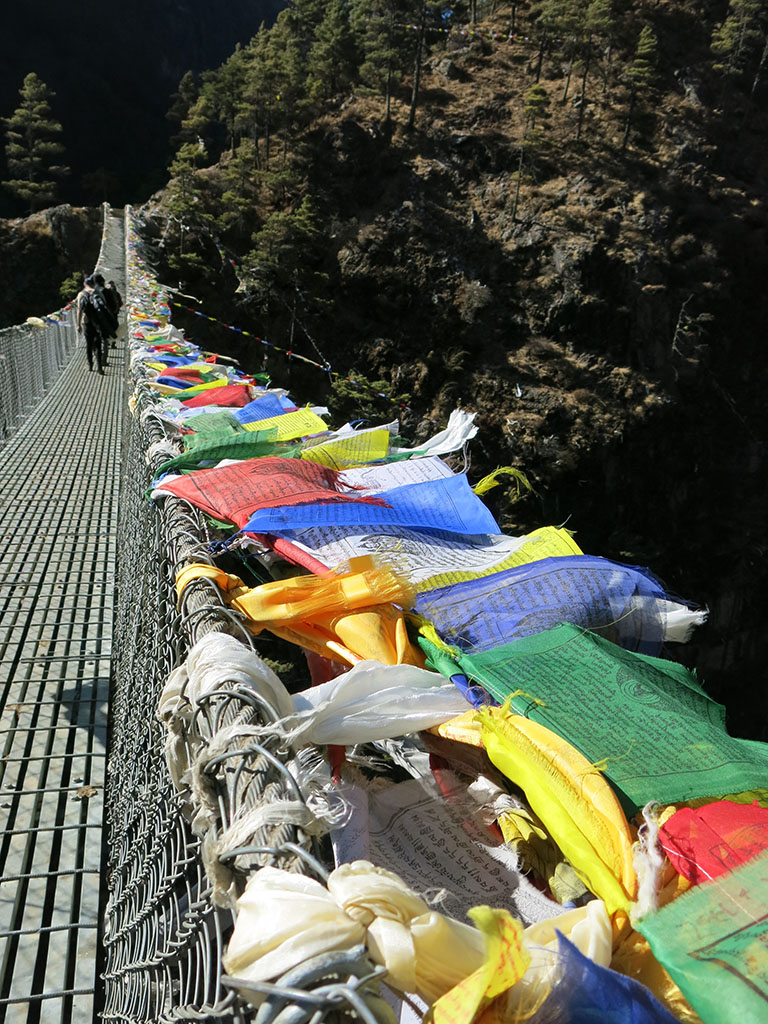 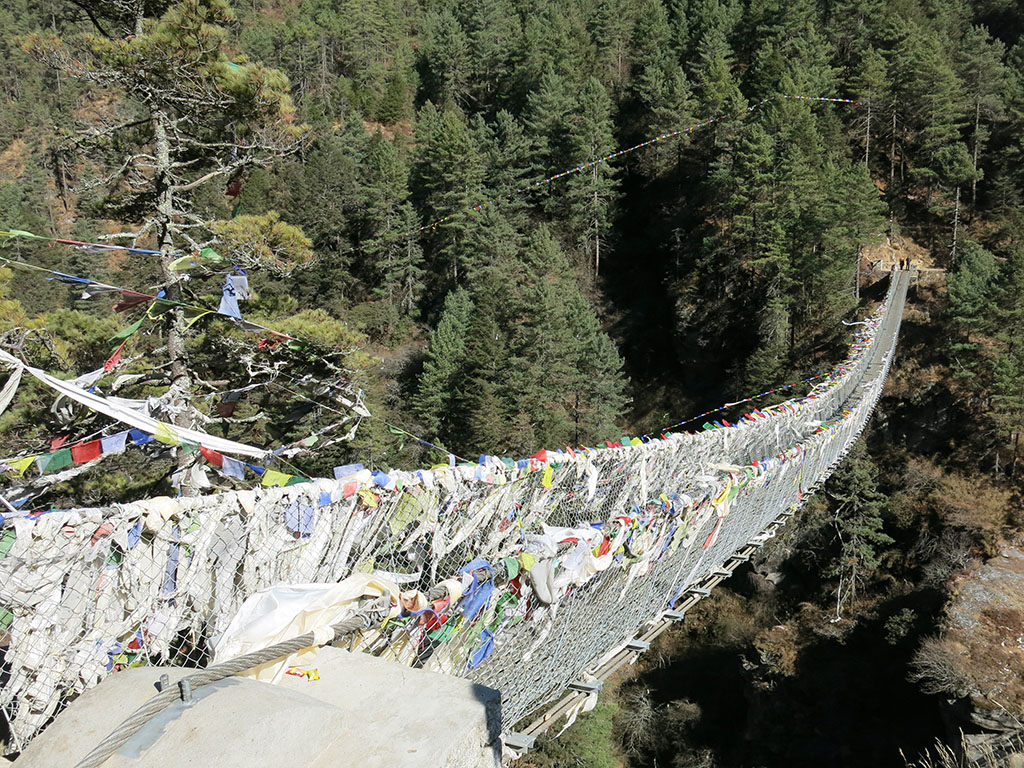 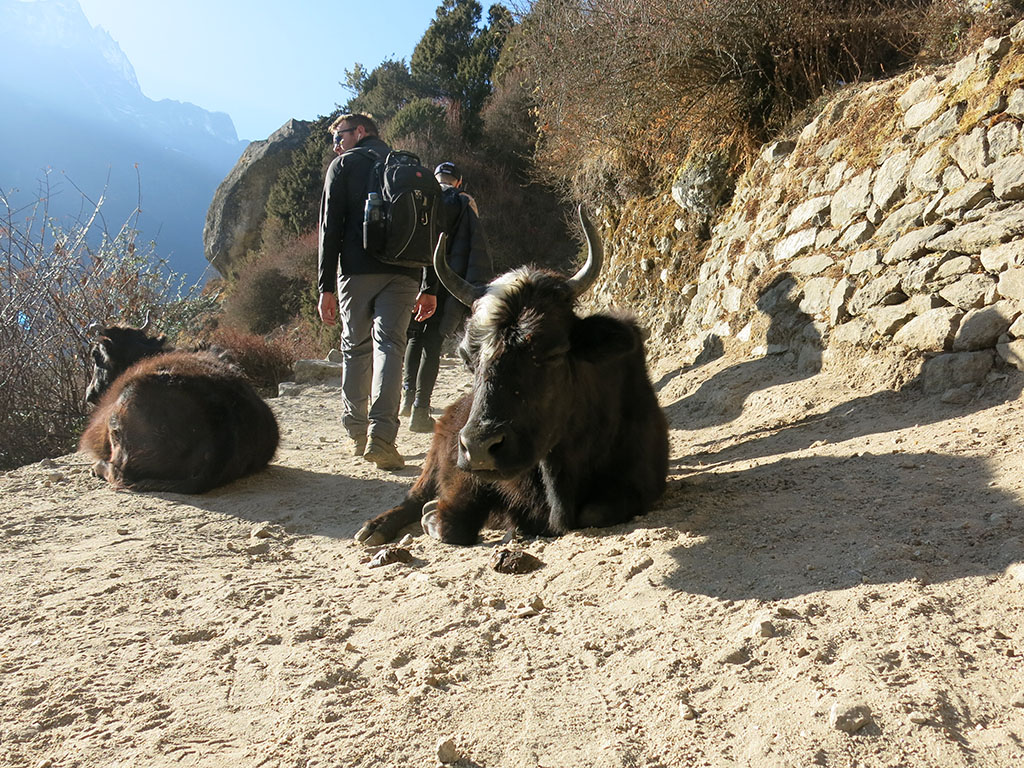 From there it was a couple more hours of hiking then lunch. A big plate full of potato later and it was the first real challenge of the trip. Up. And up. And up. It kicked off in earnest at the most amazing suspension bridge, 100m above the river, the colourful prayer flags adorning and flapping in the wind. From there we kept heading up, constant steps and paths leading the way. To be honest I was feeling pretty good. Sure you welcome a breather, but for the most part I was hiking strongly. I was getting the feeling that the training was going to pay off. 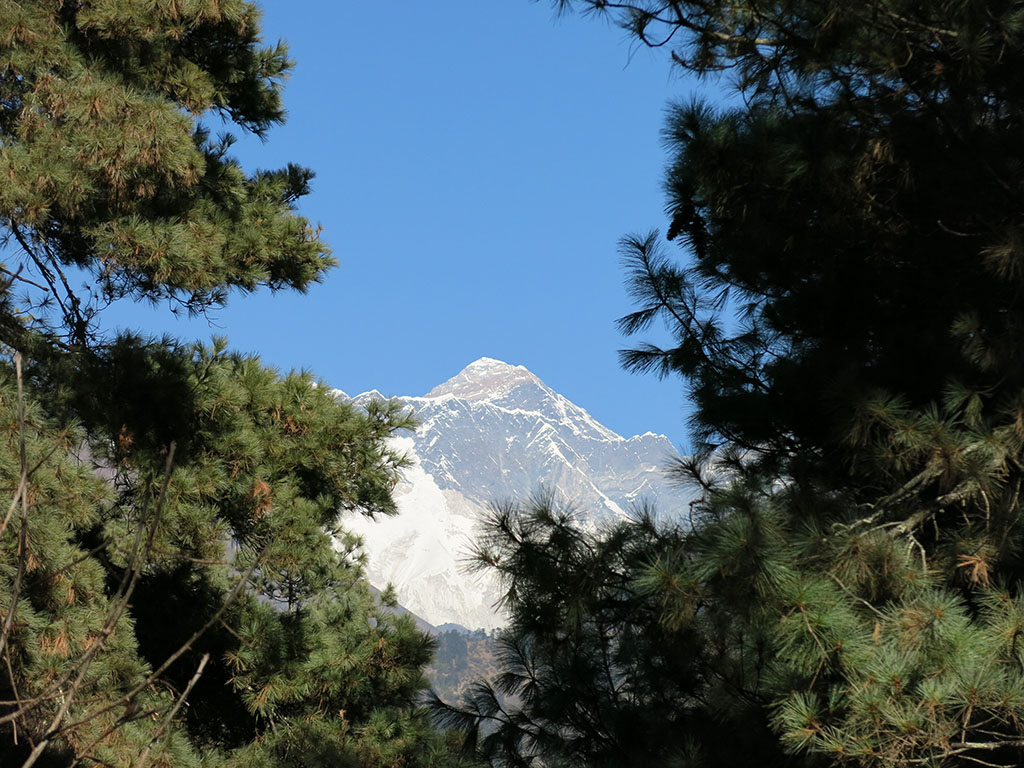 Then at one point it happened. There she was… Mount Everest, crystal clear. It was both surreal and overwhelming. A nondescript peak in the distance was the tallest one in the world. Given there are a number of other peaks over 8000m, and that you can’t necessarily see it all the time, it just blended in to the landscape. But now it was etched into the memory and would always cause some goose bumps when we spied it on our travels. 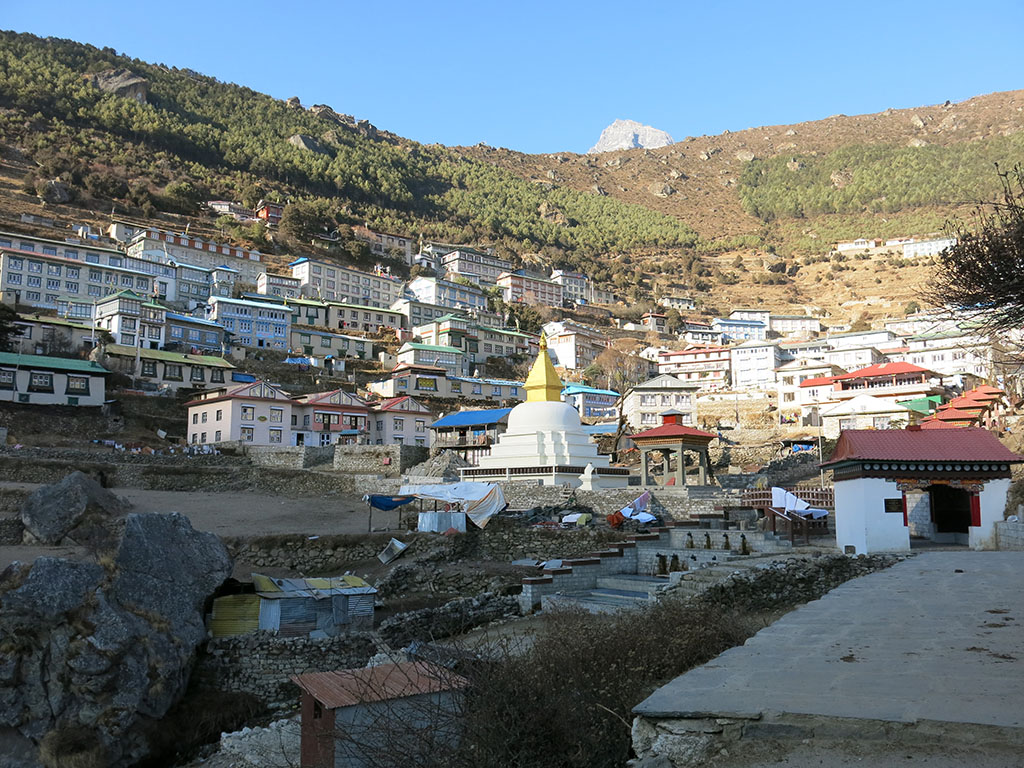 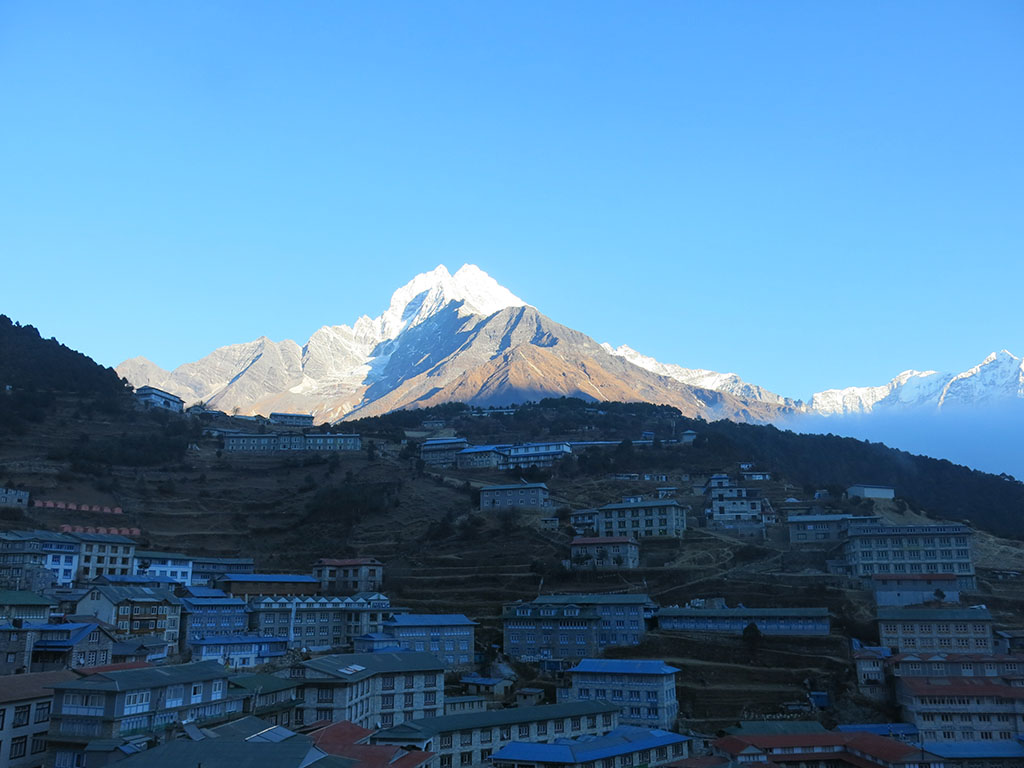 the view from my room window

From there it was not much further to Namche Bazaar. Namche is the largest village we encounter on our hiking. In the peak of hiking season, say April and May, there can be a couple of thousand people here. But for us, we were probably only one of 2 or 3 sets of travellers in the whole village. That meant that while a number of shops were open, selling their beanies and maps and prayer flags (and importantly chocolate), many were shut meaning it was a bit a ghost town. It didn’t worry us too much, as on arrival we were keen to just start to relax a bit after our day.

Some Dahl Bhat replenished the energy banks and after some relaxing in the common area it was off to bed.