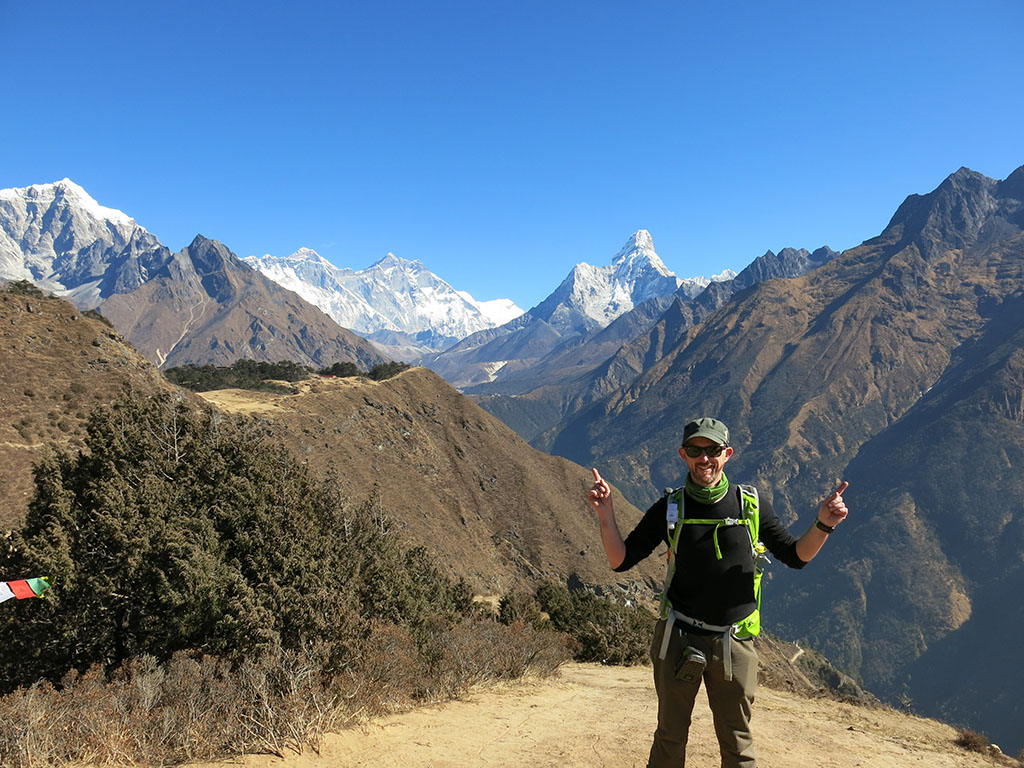 Today was our first acclimatisation day. When heading upward, while you can gain many hundreds of meters (or more), you are not meant to sleep more than a few hundred higher than the previous night, especially as you go 3000+m. The added benefit of acclimatisation days is simply spending more time getting your body used to the altitude, so today was a day of hanging out in Namche Bazaar, with a nice hike in the morning to get our bodies feeling good. 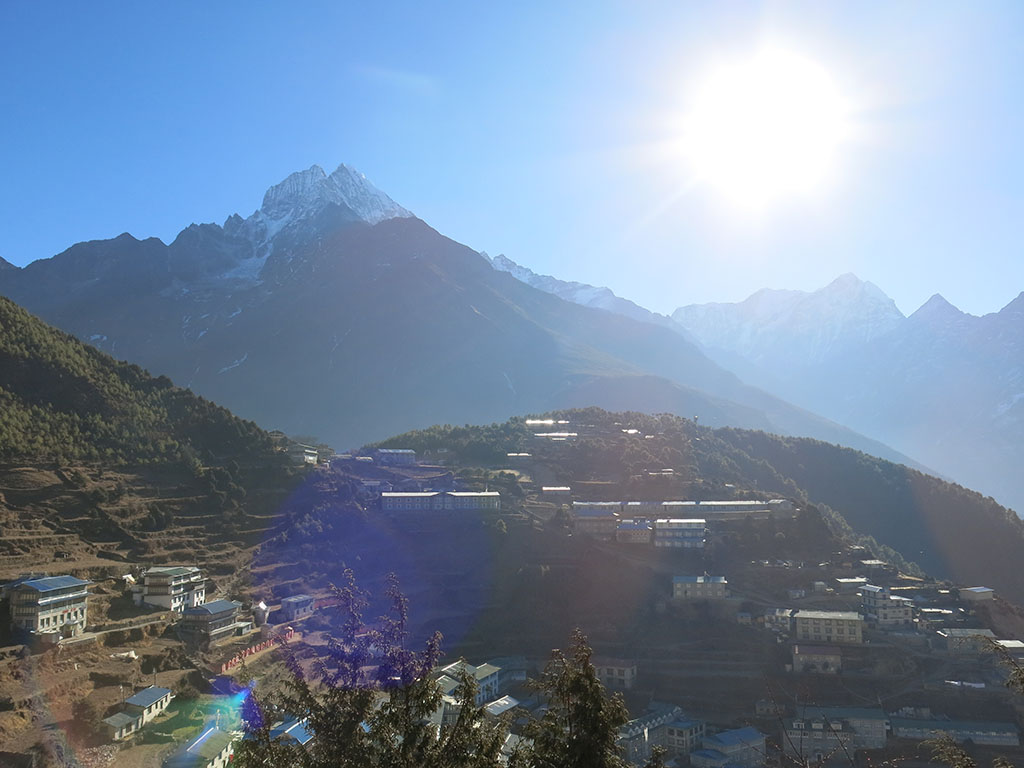 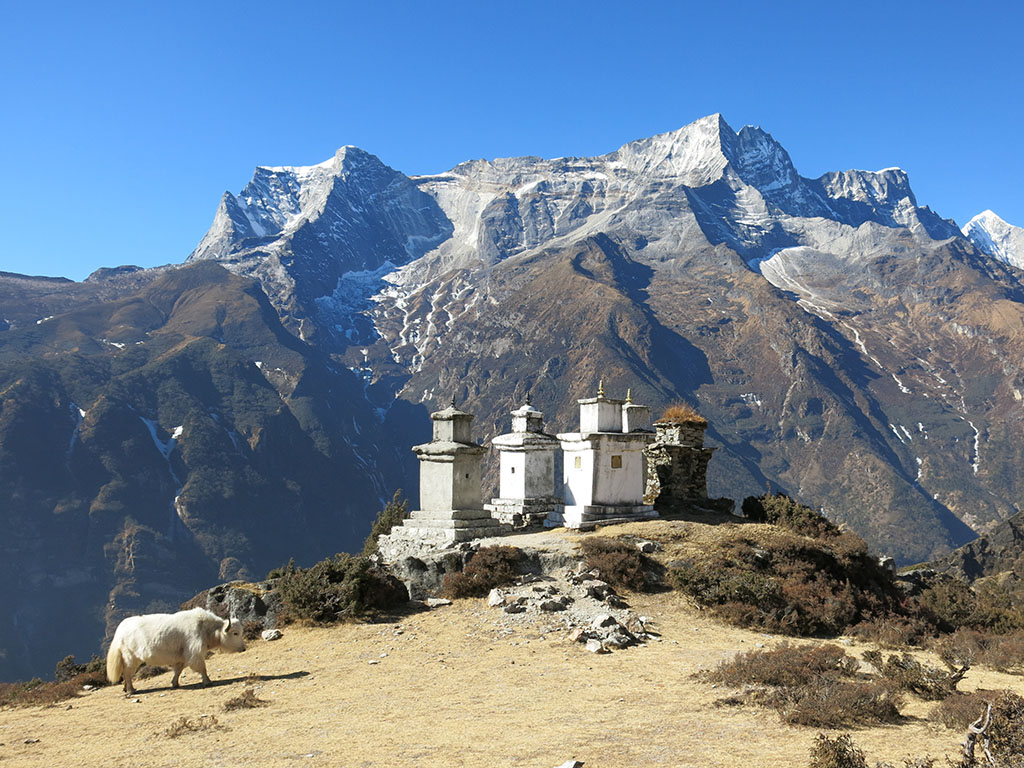 So a later brekky meant heading out the door at about 8:30am to get used to the altitude. Plan was to hike to Syangboche, a point above Namche at 3860m, where nice clear views of Everest and more would await. Up we began to hike, a quite challenging 2hr trek of fairly steep stairs. As we got up the views got even more spectacular and we were greeted by the odd yak or two just hanging about. The views of Everest were nice and crystal clear, but it was Ama Dablam that really shone, it’s two peaks presenting spectacularly. 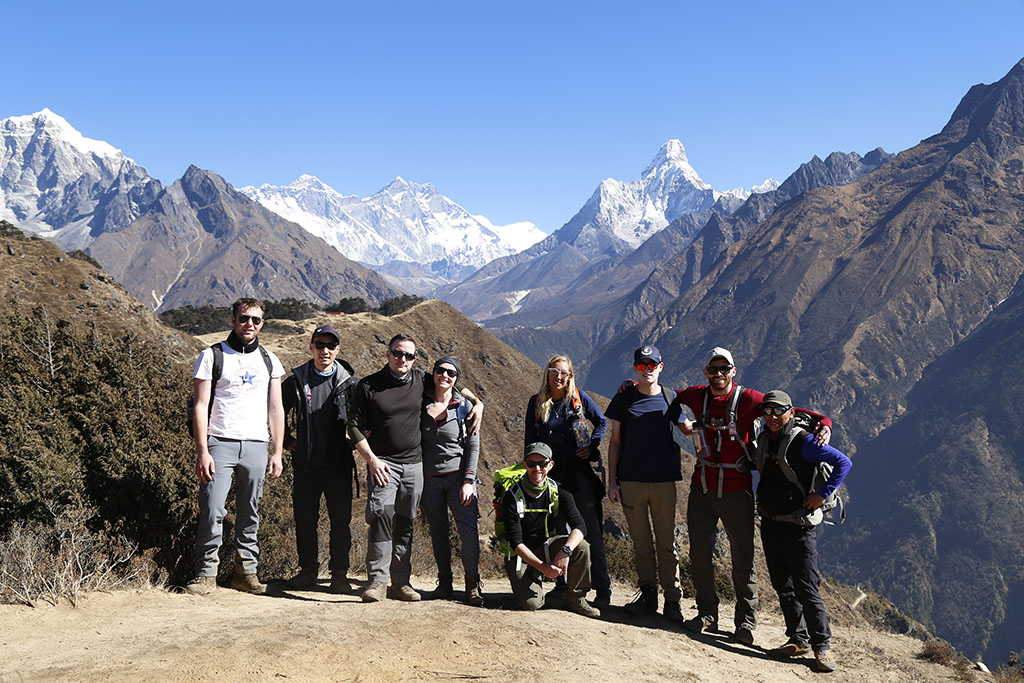 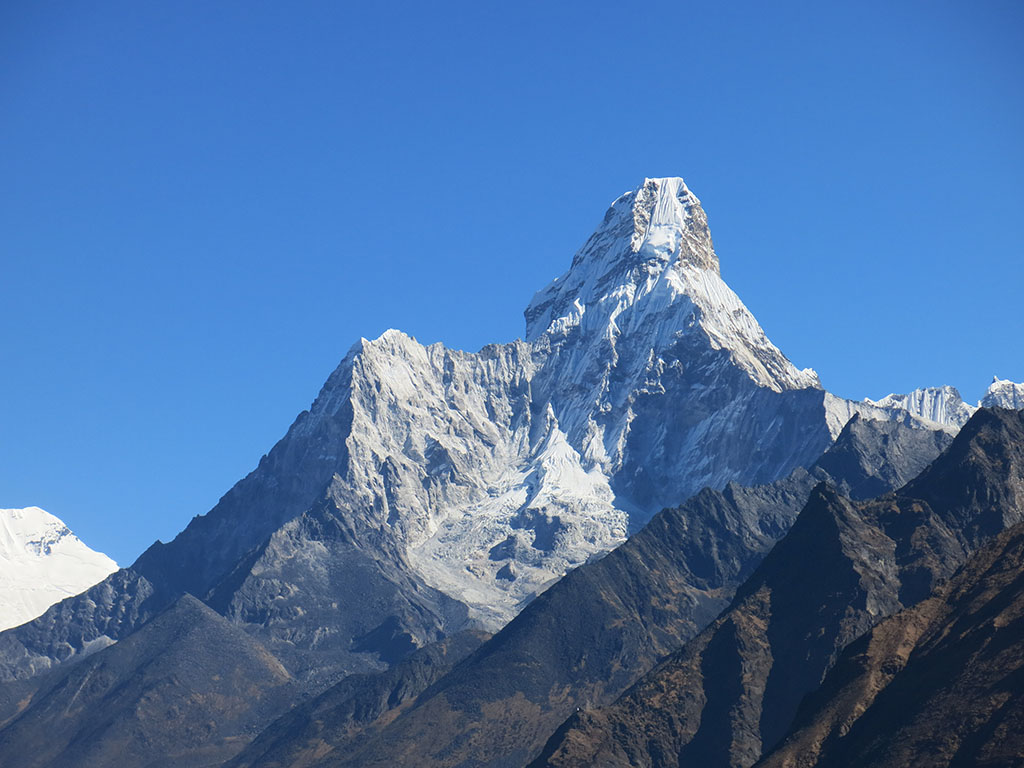 We eventually reached a tea house at Syangboche, with a small peak nearby that afforded amazing 360 degree views. Soaking those views in we settled in for a (now typical) lemong, ginger and honey drink before heading down. 2 hours up, 40 minutes down 🙂

The rest of the day was for free time in Namche. Like mentioned yesterday, the town was quite quiet, but I had the opportunity to pick up a handful of small souvenirs (an EBC beanie, map, patch and some prayer flags), as well as (most importantly) load up on some chocolate for the coming week. Most of us then hung out at a coffee shop, having some decent coffee and hot chocolate while watching a doco of the Sherpas that help get people to the summit of Everest. I had seen quite similar docos before but their commitment never fails to amaze me.

With a long day tomorrow, it was another low key evening of dinner, cards and sleep.