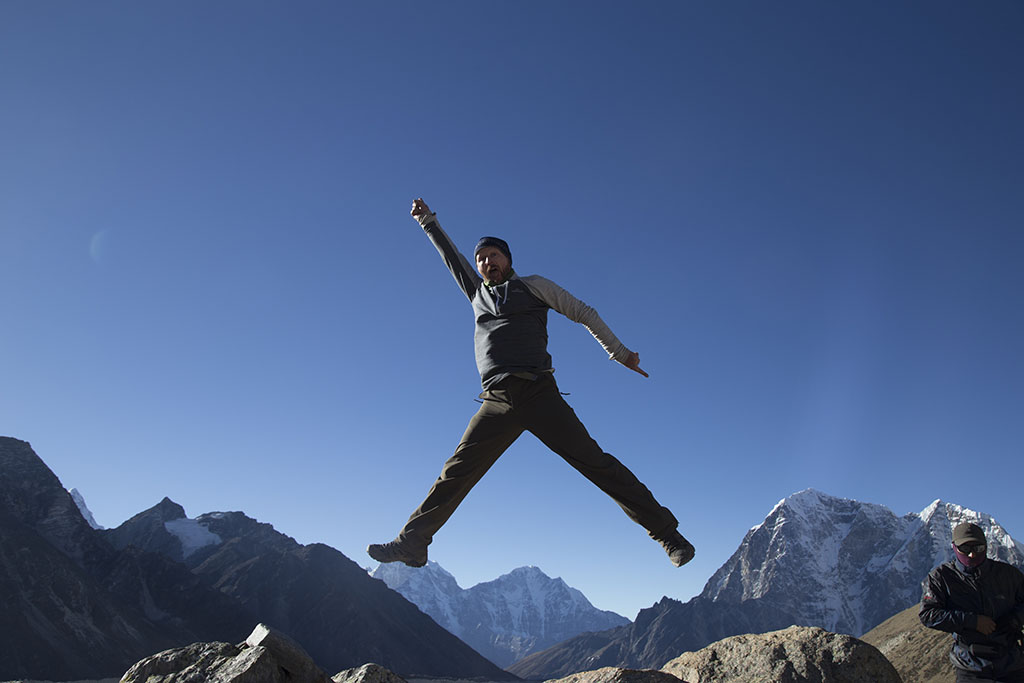 We were getting tantalisingly close! Today was a fair climb, getting close to sleeping at the magic 5000m mark. Even though Kilimanjaro is higher than base camp, we never slept that high. Exciting!

We had a slightly late start due to a couple of team members feeling a little ordinary, but we got away with plenty of time and set off at a nice pace. We began to head back the way we headed yesterday for our acclimatisation hike, in the shade and over the hill. Except for that initial 30 minutes, it was a fairly gentle path upward. This went for a little while, skirting around the side of a mountain, alongside streams. We were now in a valley which meant that at some point we needed to head up. 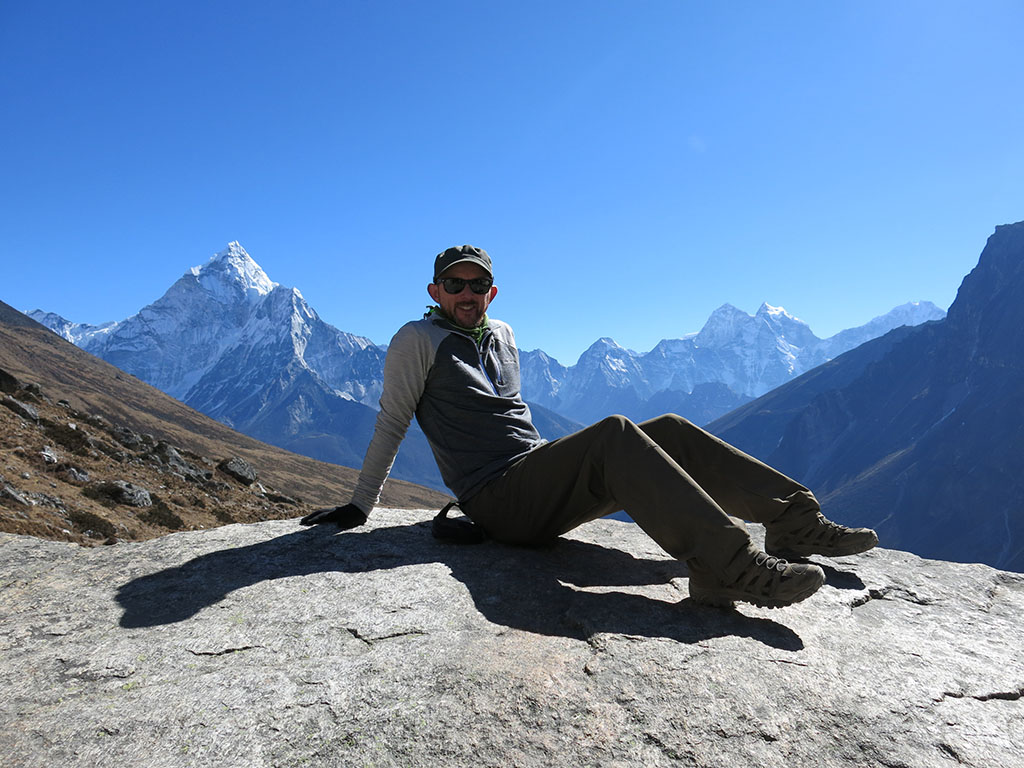 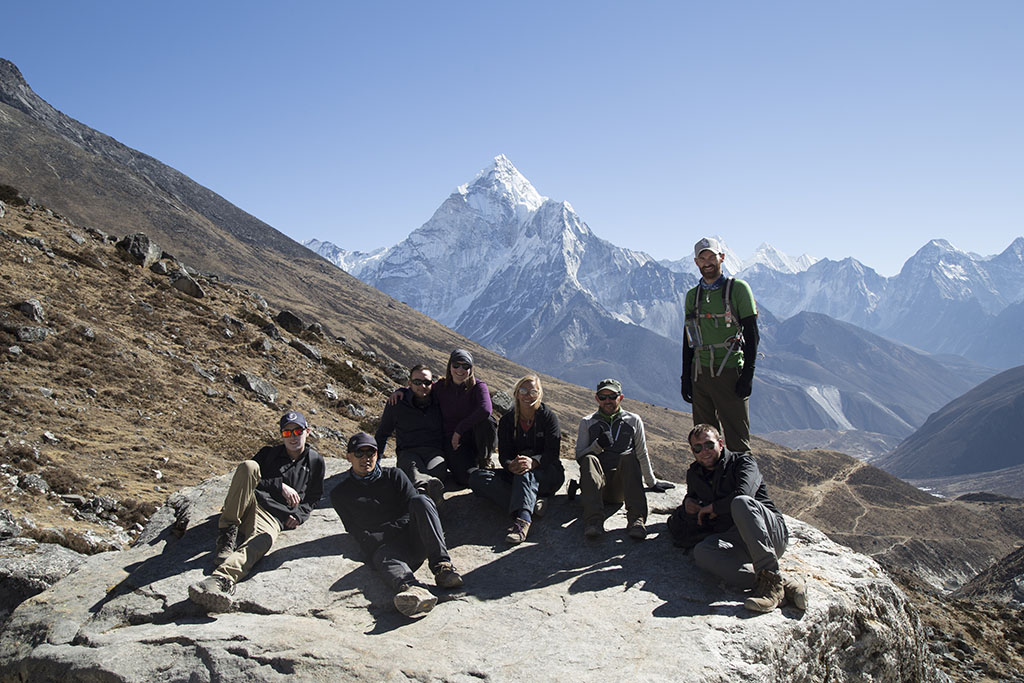 The upwards was not too tough and in no time we had reached our lunch break. We stayed for a while, letting everyone rest before we had our steep last hour and a half. Eventually we took off along a fairly steep switchback. This was easily the toughest part of the day and by the top everyone was spent. 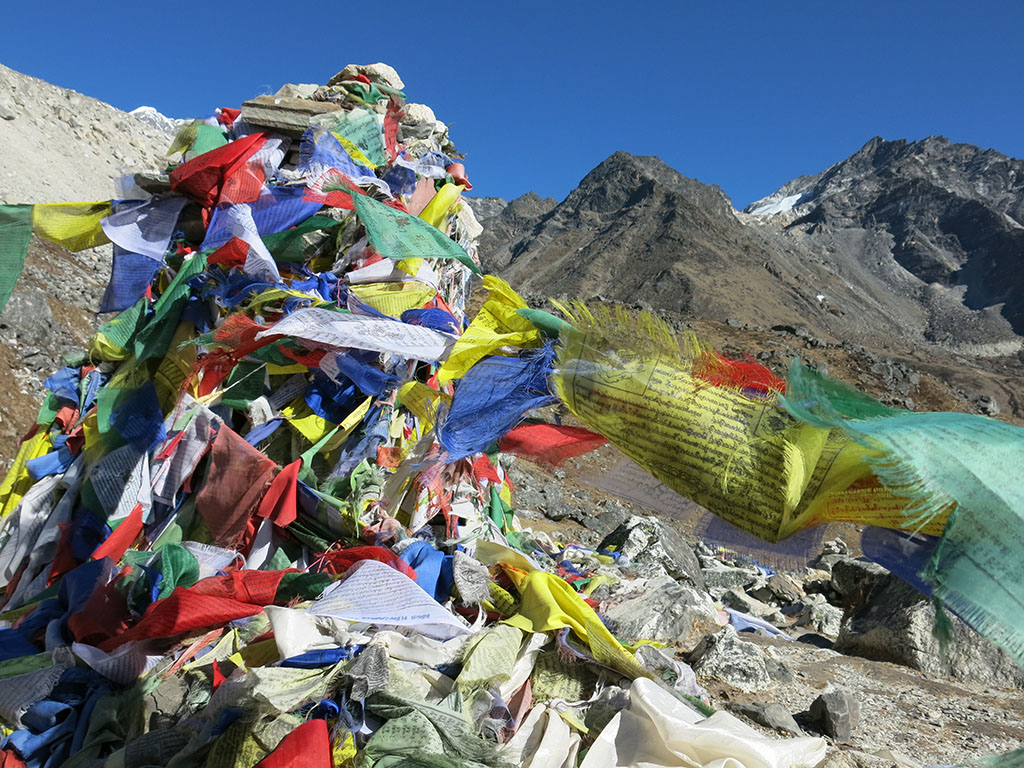 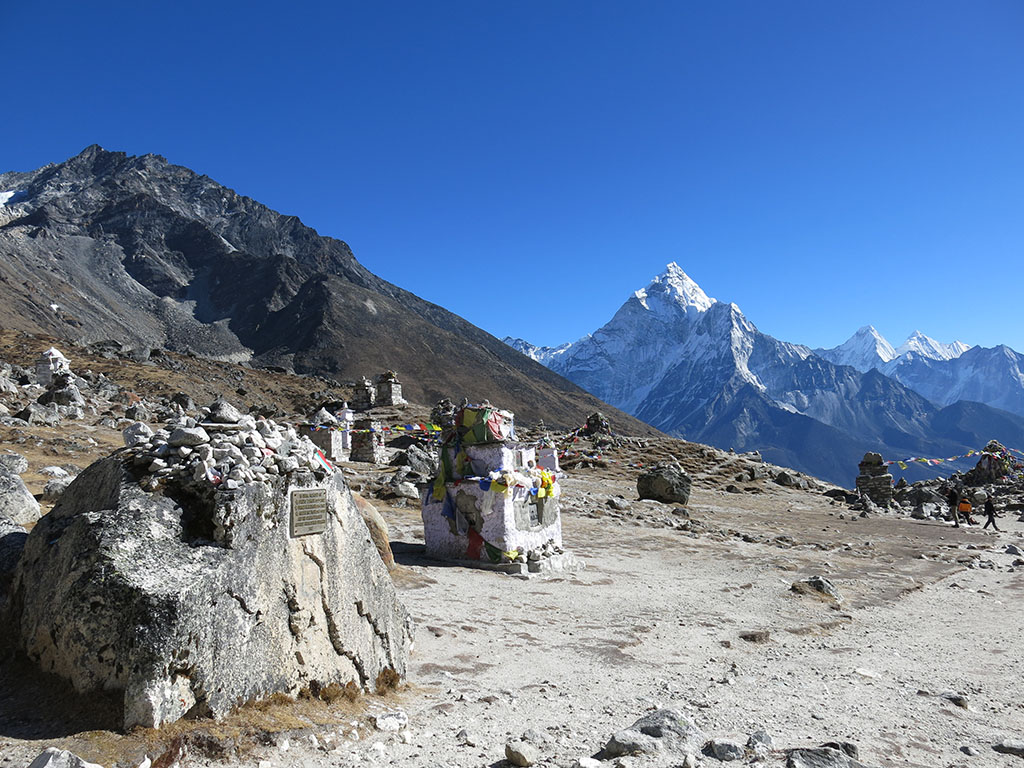 At the top we were greeted by the memorial area for all those climbers who had perished on the mountain. This was climbers and their guides and the whole area was covered in monuments, both simple and elaborate. It was quite emotional to wander the site. I left some prayer flags on the main stupa and with a tear in the eye headed off. 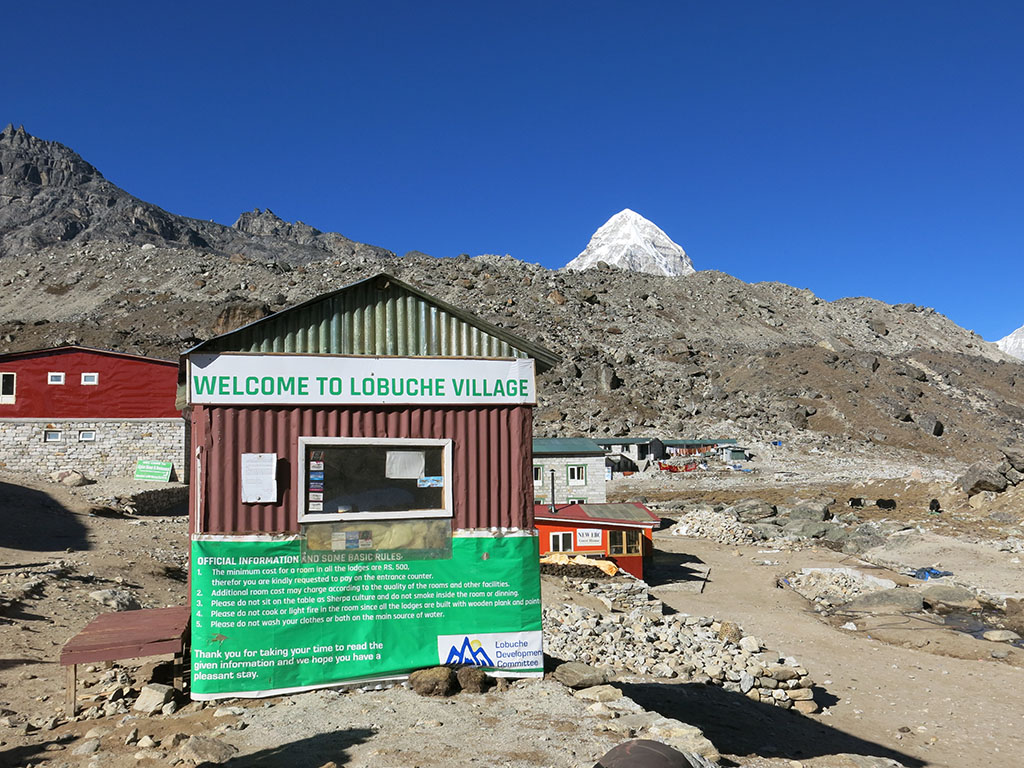 The last half hour was Nepali flat, and we arrived into Lobuche. Everyone was pretty tired, so we didn’t do our planned short acclimatisation walk, instead deciding to relax and get ready for our epic day tomorrow.