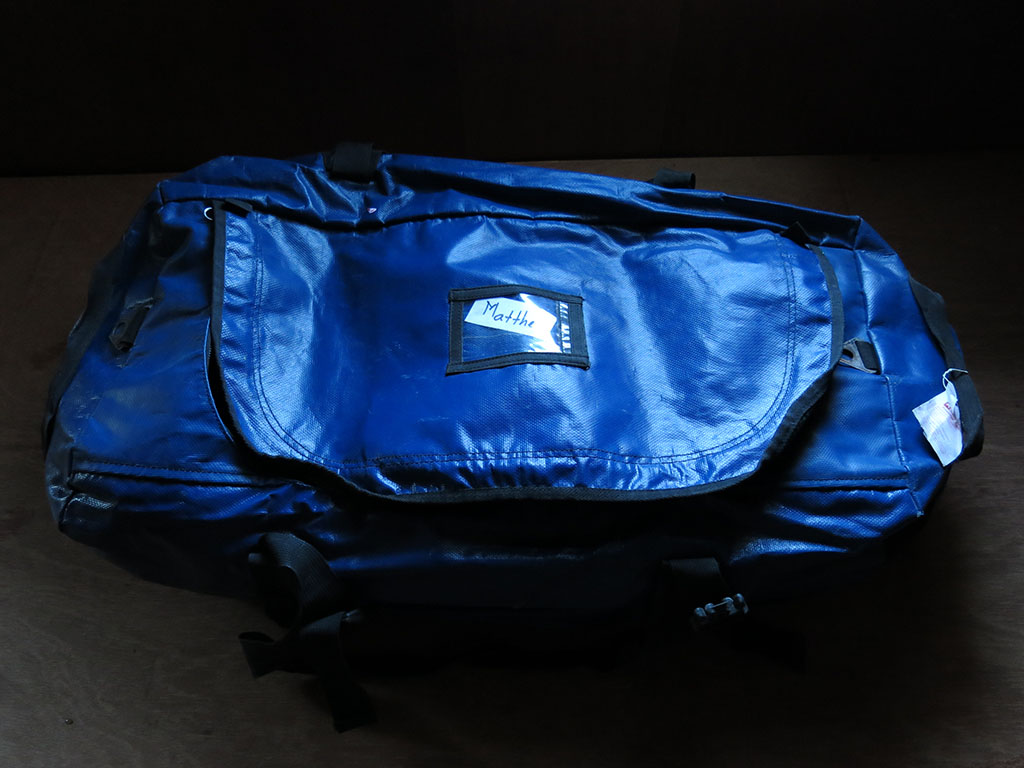 my bag… not going anywhere

After the perfect trip I guess something was bound not to go to plan and alas it was on our last day. Bright and early (i.e. 5am) we were up and getting ourselves ready to wander down to Lukla airport for our early morning flight back to Kathmandu. The wake up call did not come as expected but I was awake as a fe were so we all met in the dining room. Pasang let us know that the clouds had settled in so there was no point heading down to the airport yet as nothing would be happening for a little while. But he was full of optimism that we would be off during the morning. Having had our delay in Kathmandu due to similar circumstances we were happy enough, although that started to fade a bit as we were offered breakfast at the lodge rather than head to the airport.

So we waited. And waited some more. Then yay! It was all systems go so we grabbed our bags and wandered to the airport. We went through security and waited along with a dozen or so other hikers in the freezing cold waiting area. We didn’t have a thermometer, but it was clearly below zero and none of us were that prepared. But oh well, we wouldn’t be here long. Or so we thought.

An hour passed. Then another. Then another. The sound of a helicopter got the whole room excited that a plane was arriving but alas, no. With every minute were were getting sadder or more frustrated. It wasn’t dire… none of us *had* to be in Kathmandu by tonight, but we had all been dreaming of our hot showers that were awaiting.

At about 3pm Pasang called it and decided we were better off waiting at the lodge. He was still hopeful we would be flying back, but he could see we were all cold and thought it best we were somewhere a little warmer. So back we went, but I had the feeling we were done. After an hour or so, it was official… we were spending another night in Lukla.

Everyone was pretty bummed. I mean in the grand scheme of things it wasn’t that much of an issue, but I would be lying if, at the time, it didn’t take some shine off the trip. In hindsight I hardly think of this, but right then all we wanted was a hot shower, a big meal, and to be celebrating success in Kathmandu at our farewell dinner. Instead, our farewell dinner would be in the lodge here in Lukla. Oh well. I made it to Everest Base Camp so things weren’t so bad 🙂