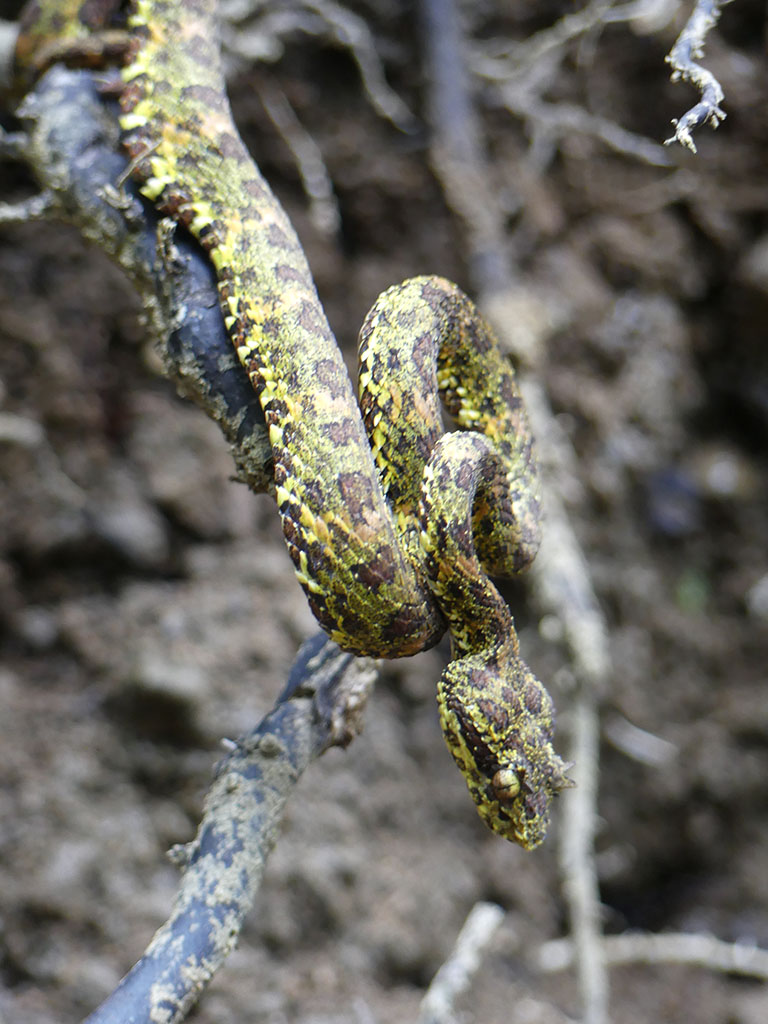 this guy could put me in hospital in a split second

Today was our last full day in La Fortuna, and Kate and I were making it count with more action adventure. It was another beautiful sunny day, and we were greeted with a spectacular view of the volcano from our hotel room. They say if you can see the top you should make a wish as it happens so rarely, and we had been lucky to be able to make heaps of wishes so far this trip. 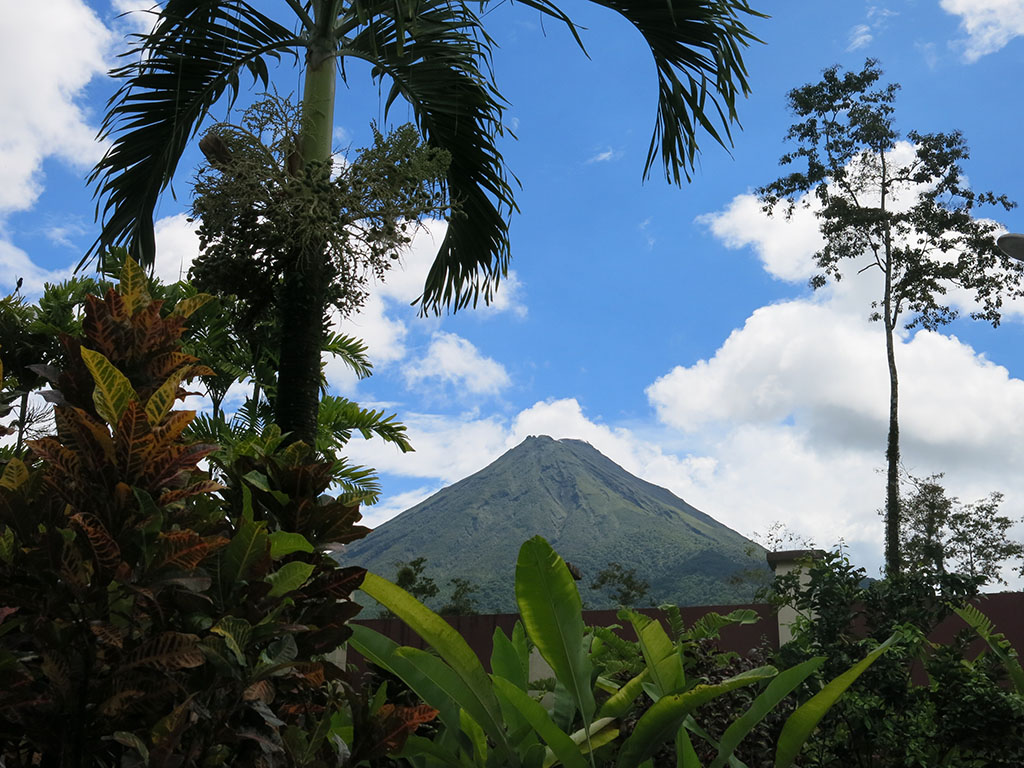 the view from our hotel room

For the morning though we were going our separate ways… Kate off to kayak and myself off to mountain bike a bit around Lake Arendel with Andreas and some of the crew. 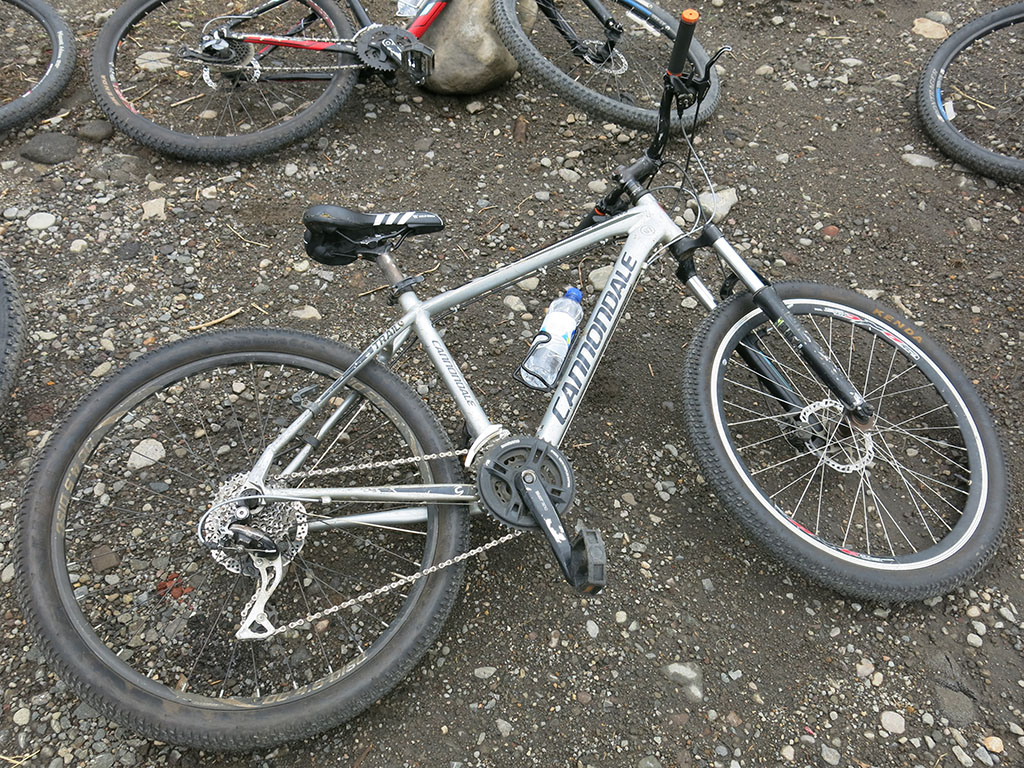 About 8am the bikers were picked up and driven a bit closer to the lake itself. Being about 36km long and 10km wide it was going to be too big to ride all the way around, but our plan was to do a fairly leisurely 15km or so. In no time at all we were at the drop off point with our trusty metal steeds and off we went. 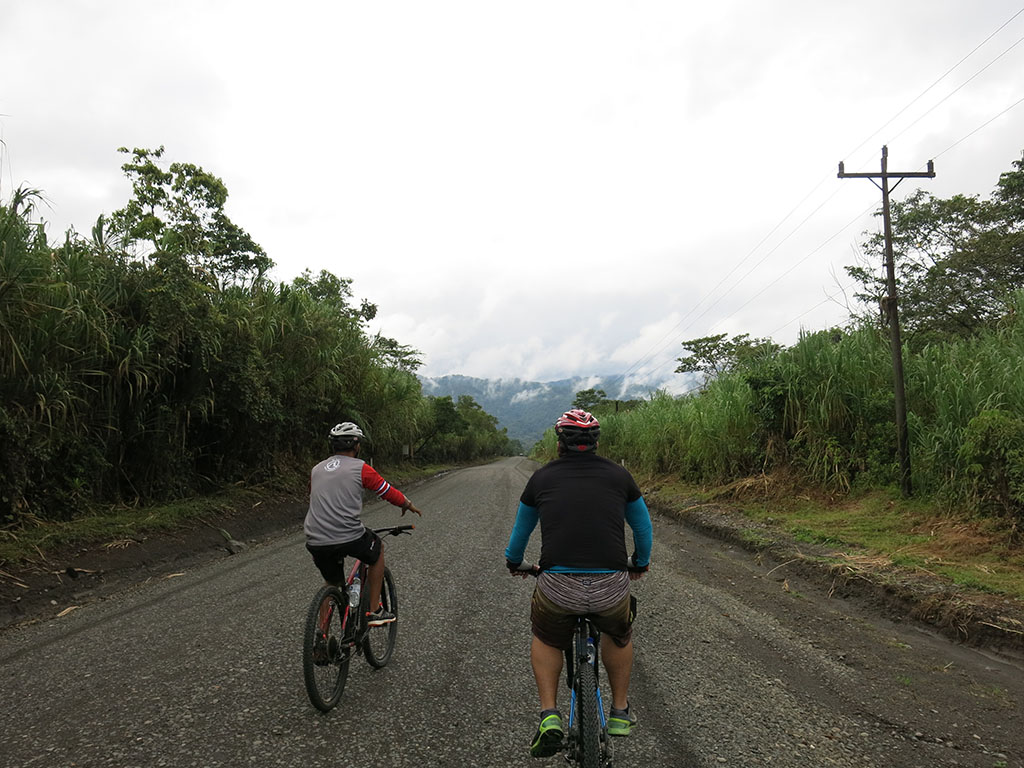 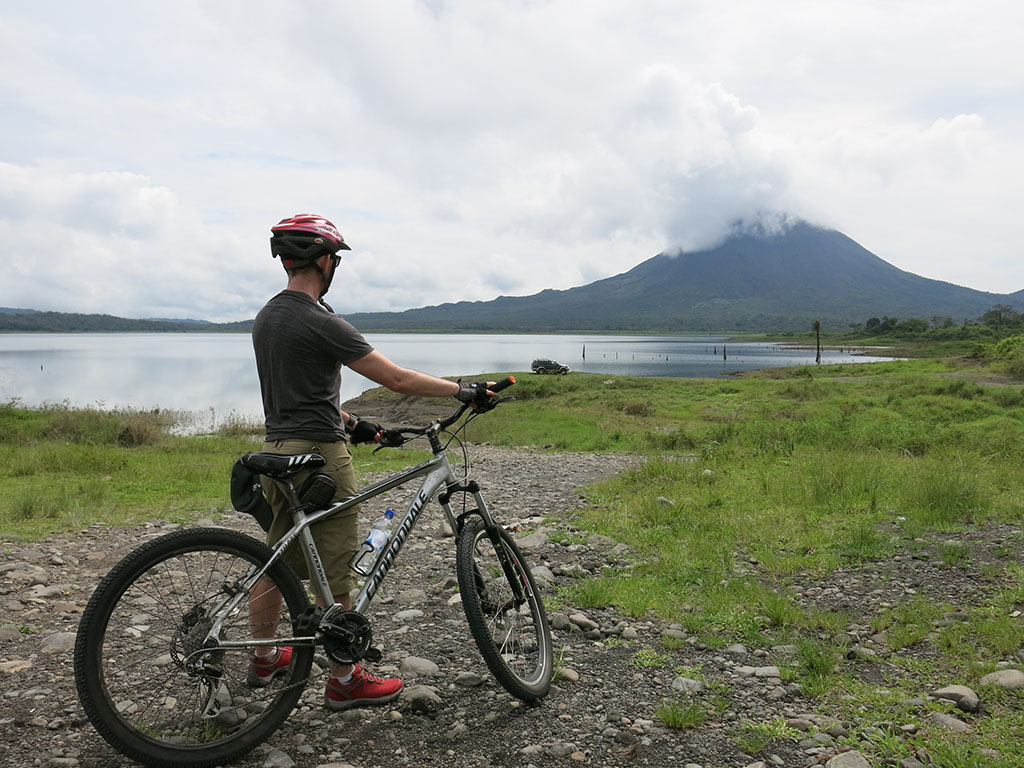 Most the riding was on slightly rocky roads, just off lakeside. So we didn’t get to be too near the water sadly, but did some up and downs as we made our way around. While some of the uphills were a little steep, it wasn’t anything too adventurous. It was good to be by the water, so it was *slighty* cooler, but we still got up a bit of a sweat.

The 15km went by super quickly as we reached part of the road that was completely underwater. The plan was always to stop at this point, however even if we wanted to go further there was no way we were going to be able to as it was completely flooded from the previous nights rain, complete with strong current. 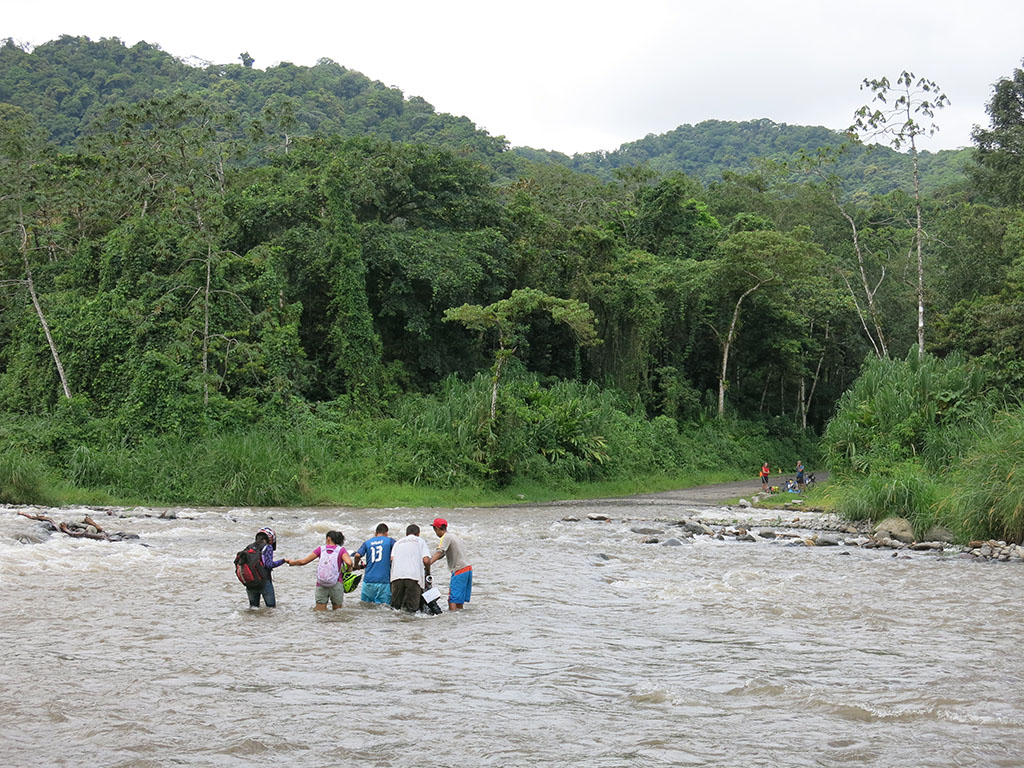 um, good luck with that

Over on the other side of the river we saw two cyclists who clearly had arrived to that point only to find they could (for the time being anyway) go no further. While they waited it out, our group enjoyed some drinks (9:30am isn’t too early for a beer is it?) and juicy pineapple.

Eventually some (presumably) locals complete with motorbike decided to cross the river and this clearly gave the cyclists the confidence to try and cross. The locals gave some help, as did some horse riders that happened to be riding through as well. When the cyclists made it to our side I noticed they had an Aussie flag on their bike and so I had a quick chat to them and found out they were in fact from Torquay and had started cycling in Alaska and were heading to the bottom of Argentina! Amazing.

Anyway, it was time to head back, so the bikes went on to the roof of our support vehicle and back we went. It was not a bad morning, although we didn’t spend nearly enough time on the bikes for my liking. But it gave me a couple of hours to chill before Kate and I were to head off to the next activity. 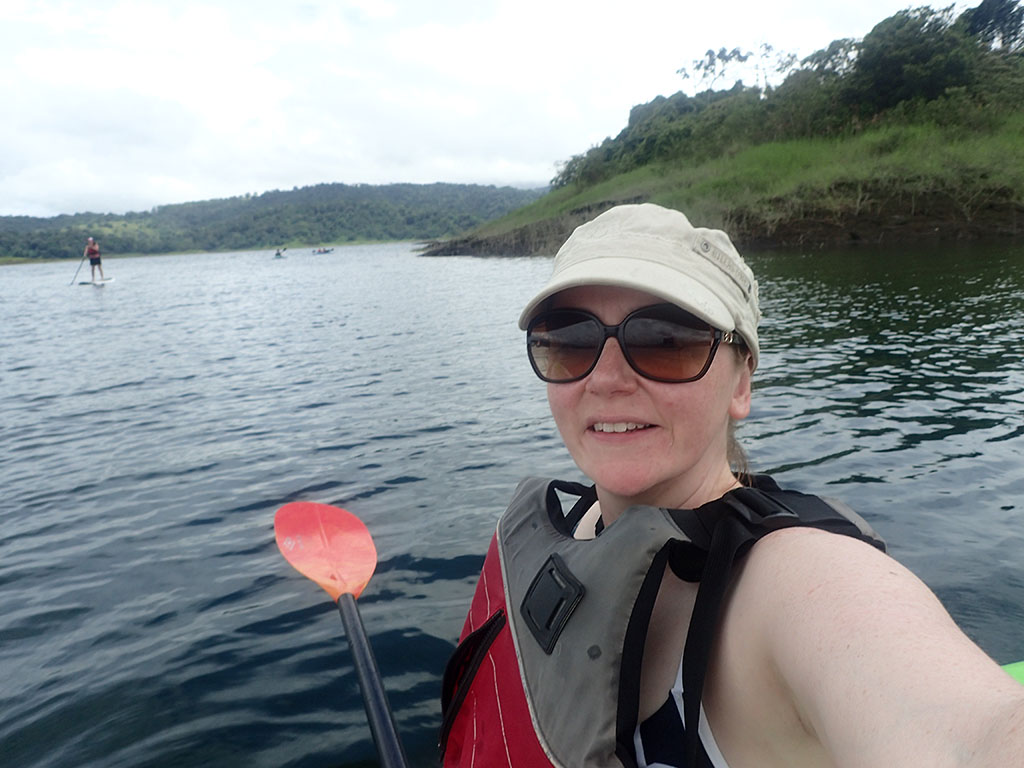 kate has her selfie game on 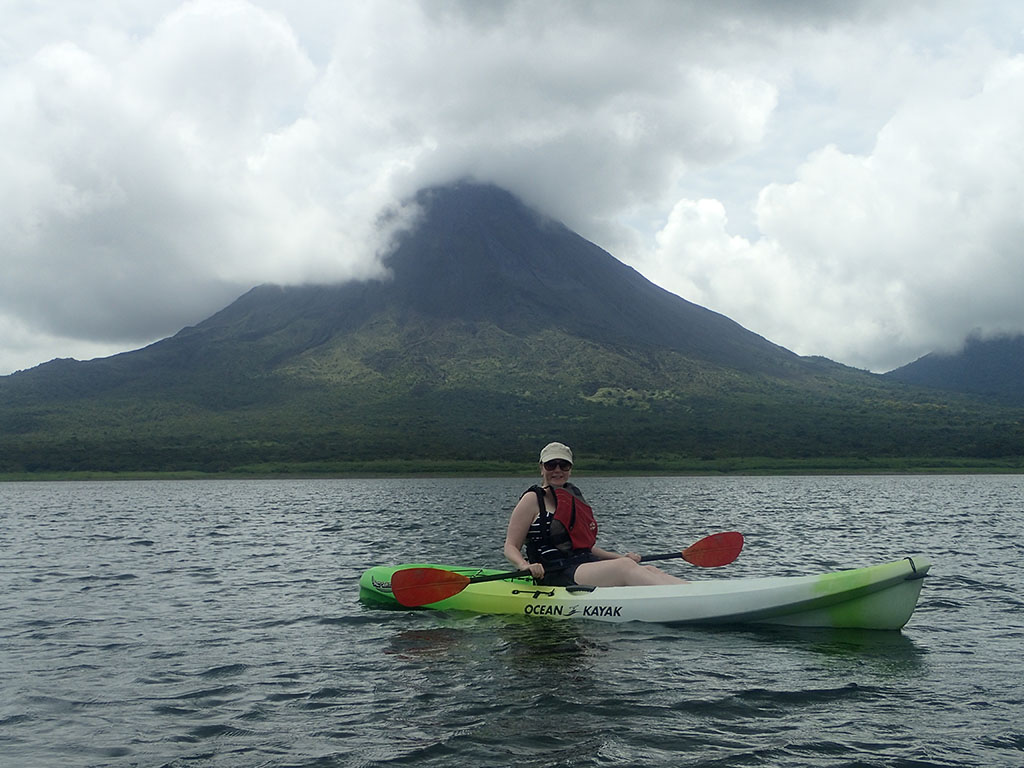 chilling out on the water

A side story to give you a quick Kate rundown. She headed off to the lake to do a bit of kayaking, and by all accounts it was a very relaxing paddle about! She had great views of the volcano and deceptively nice weather (so her sunburned legs) told me!

It was time for another tour pickup, and this time Anya from our tour joined us to visit the hanging bridges in the nearby forest. Located on a private property, apparently when the tourism started to grow they decided to to put a series of bridges through their spectacular forest, making for a 4km trek through the tree tops. 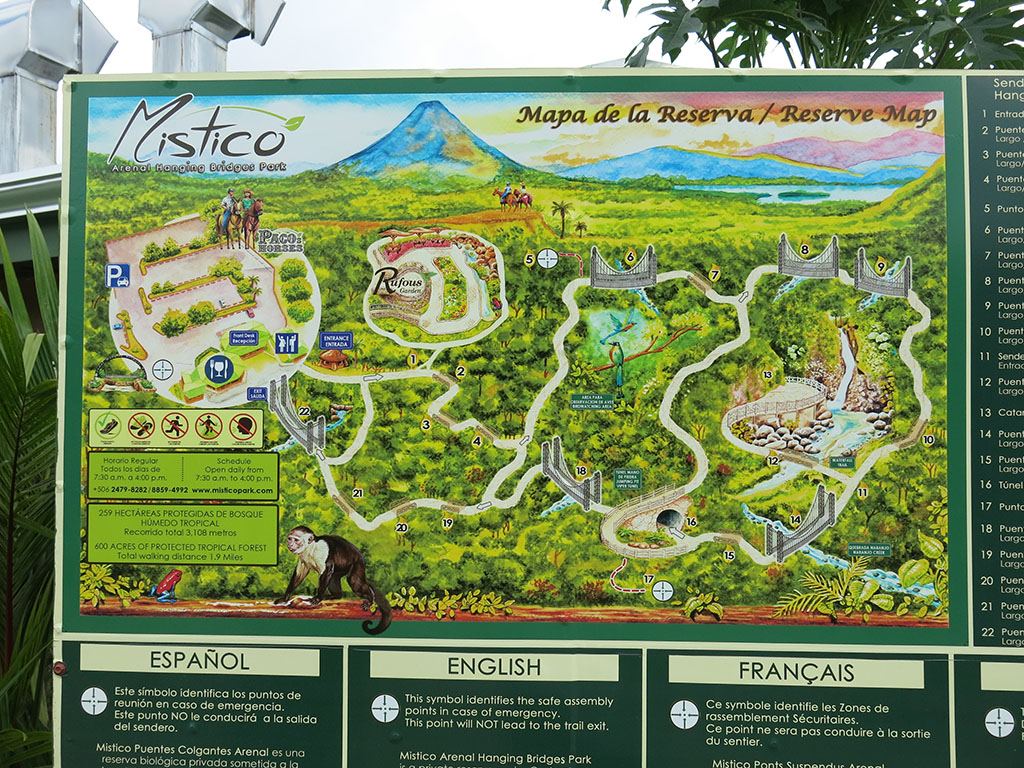 our guide to the forest

With our local guide we started wandering, and we could have spent hours. It was so nice to slowly wander through the forest, keeping an eye out for the wildlife. Quite a few birds around, but we were keen to try and spy more sloths and some more monkeys. 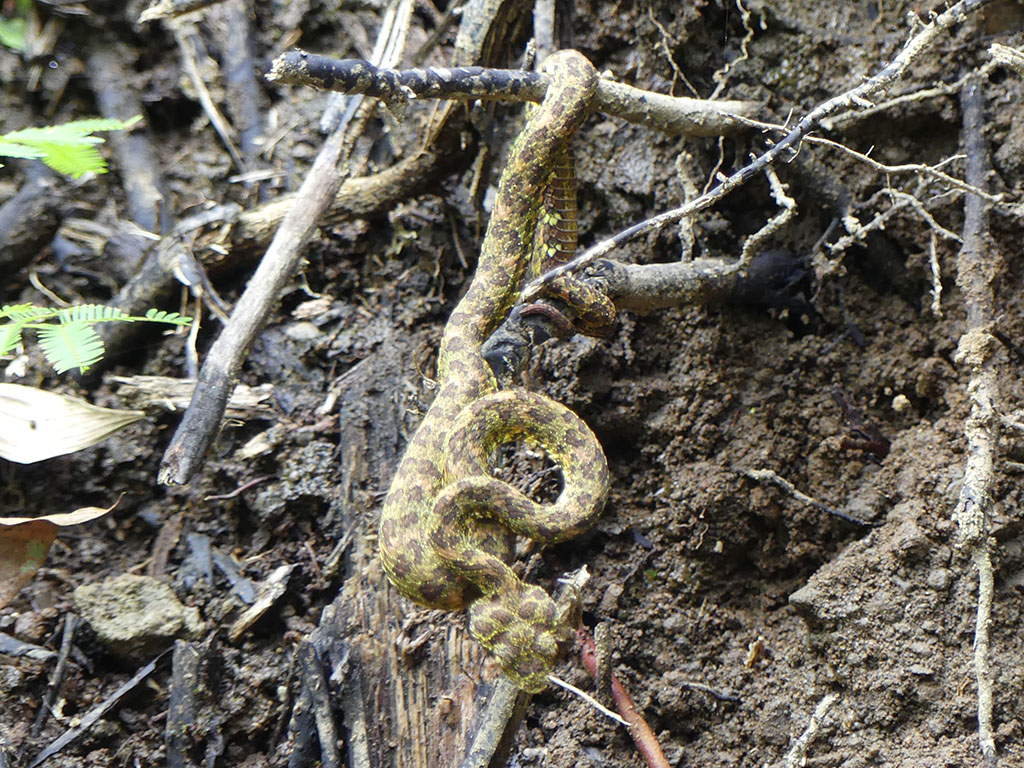 Our first critter was a local venomous snake, a small viper. He was hard to spot, but our guide pointed him out and he was in fact right next to the path. While it will bite you if provoked, they won’t lunge at passers by, luckily for us. I wasn’t going to push my luck, even though it was very cool getting up close. 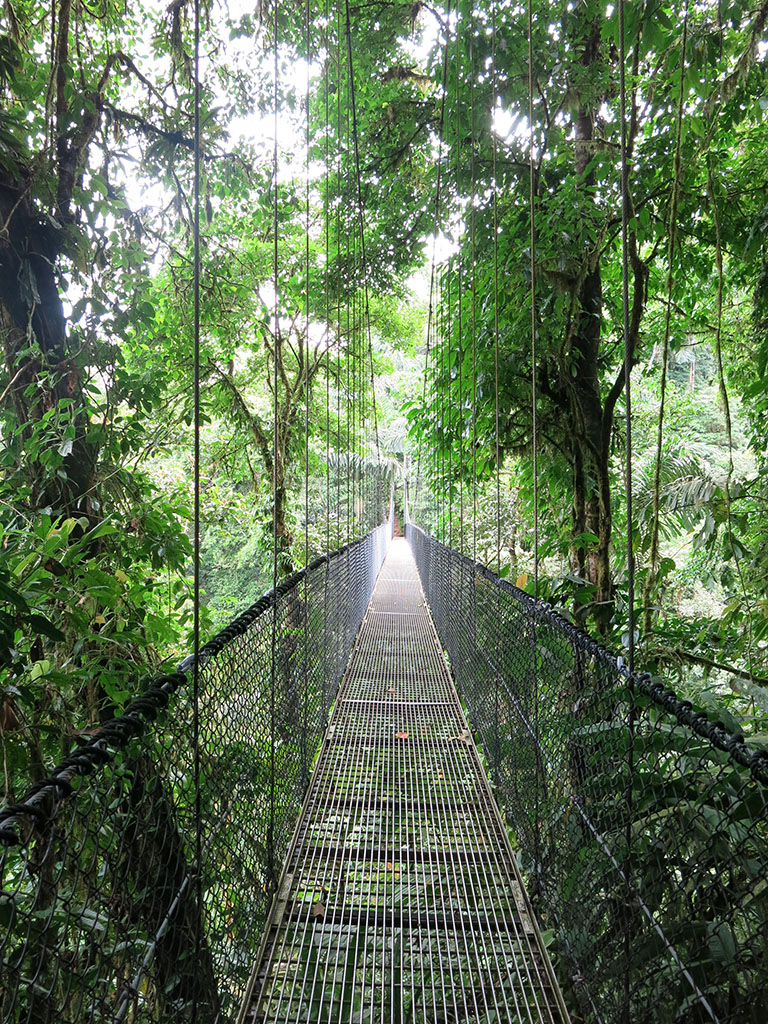 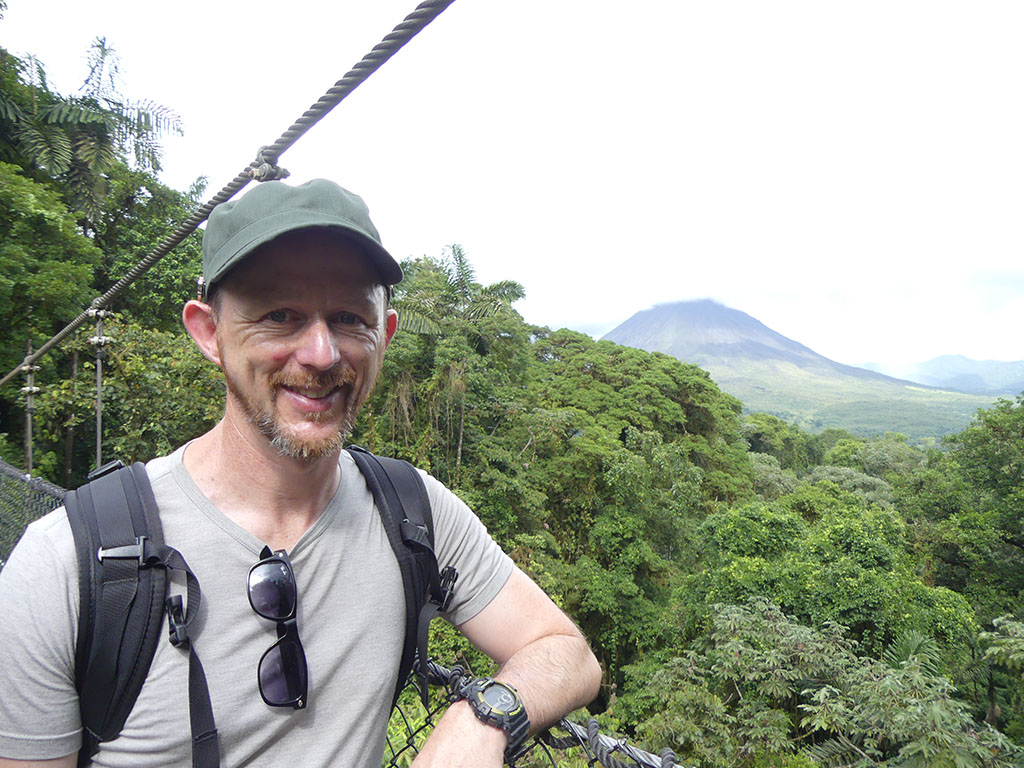 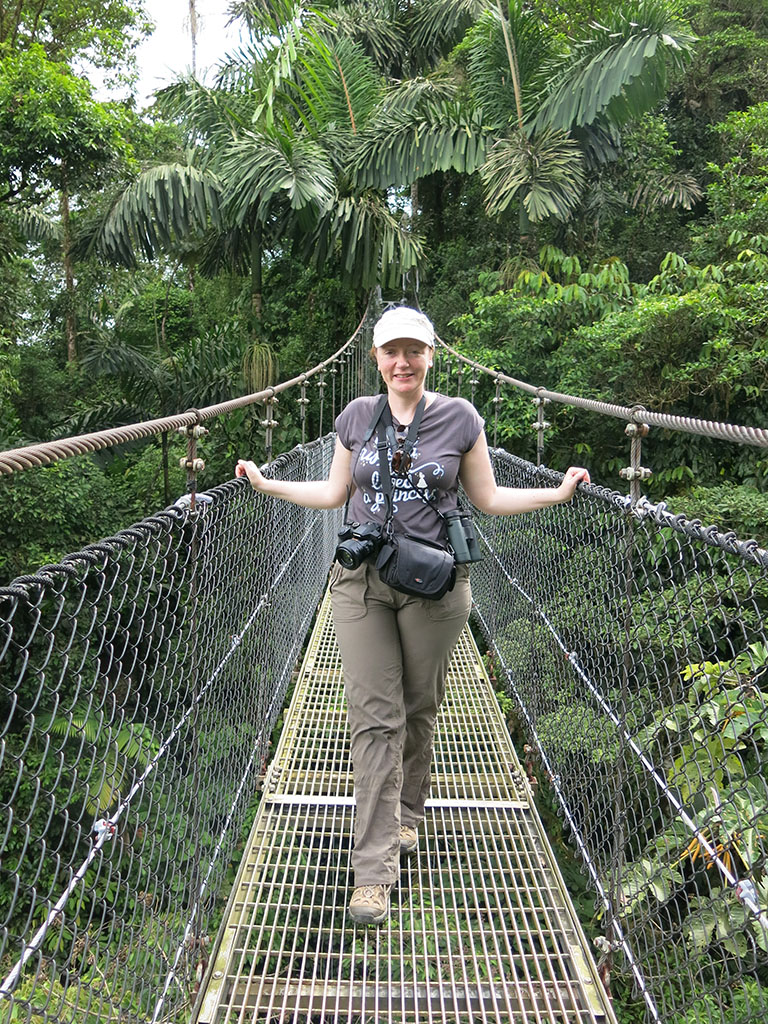 We then hit our first big bridge. It is spectacular to walk out and just see yourself many meters above the forest floor and the treetops. The first bridge gave us great views of the volcano, and like all these things, pictures don’t do it justice. 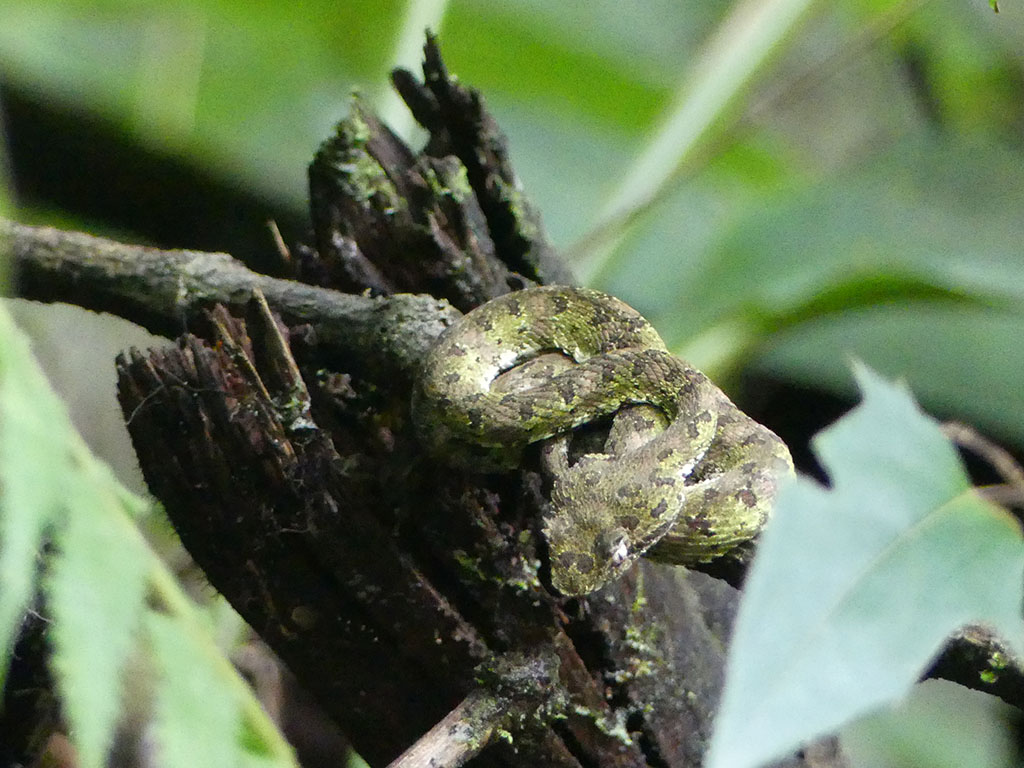 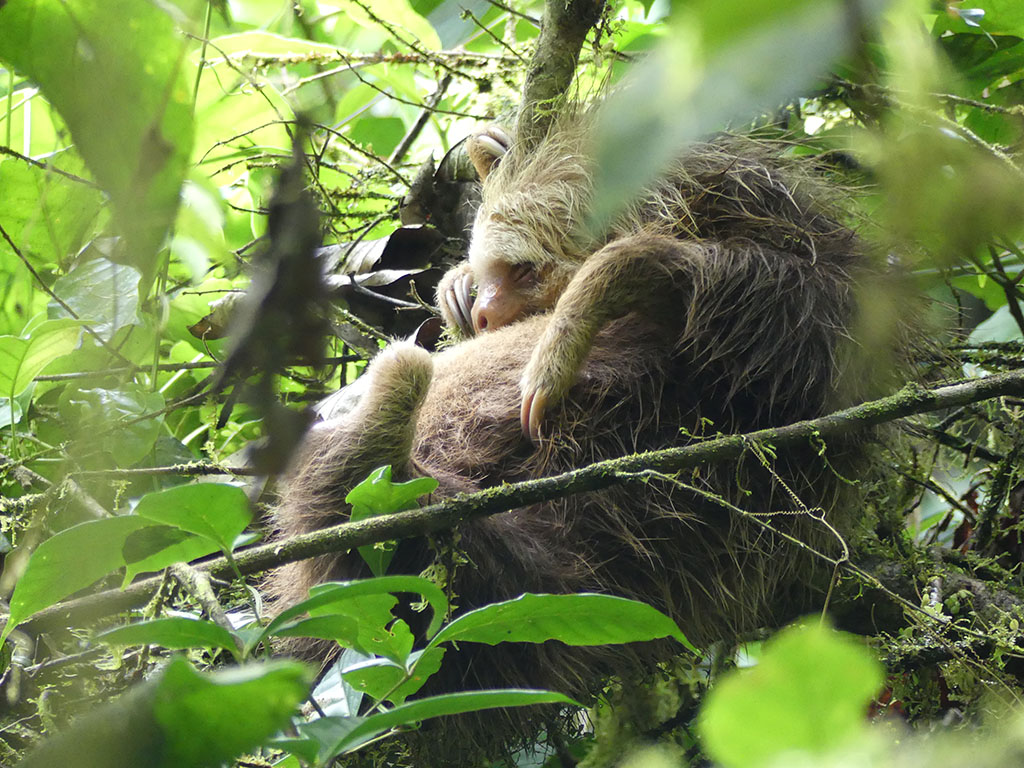 We then continued along, going from bridge to bridge. We came across another small viper, and luckily for us another sloth! We got a great view from one angle as it stirred and woke up briefly. So we had seen both the 2-toed and 3-toed sloth, so we were super lucky. 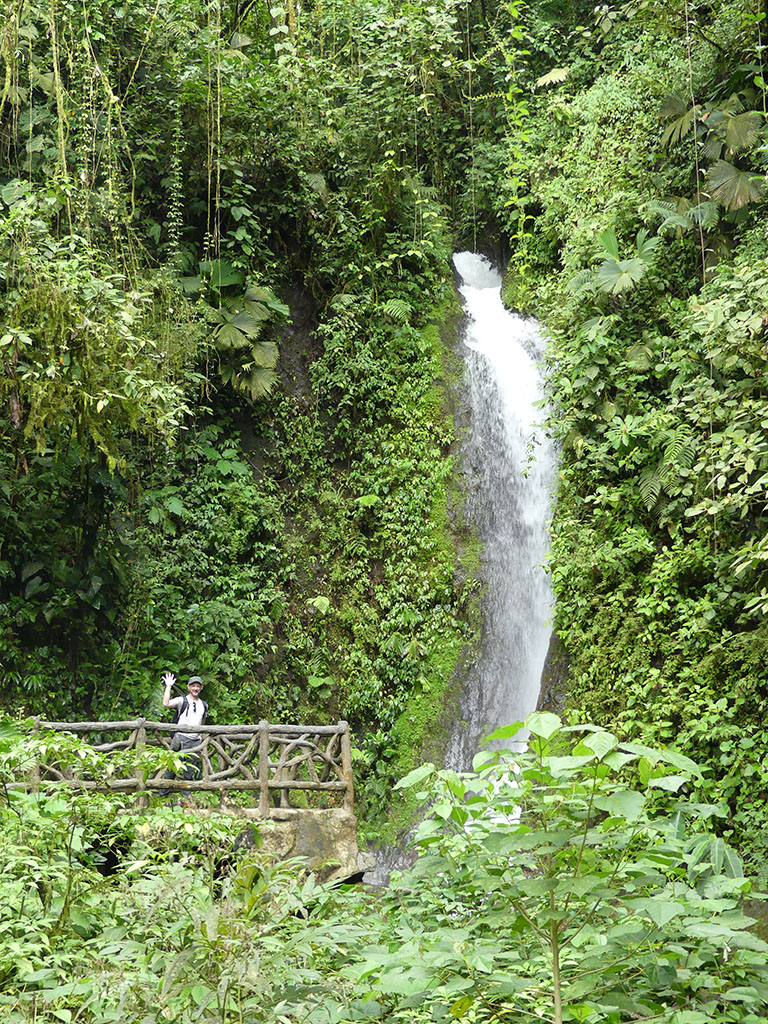 Nearby we also had a cute waterfall nestled in the forest. Ahh, that spray back was nice. 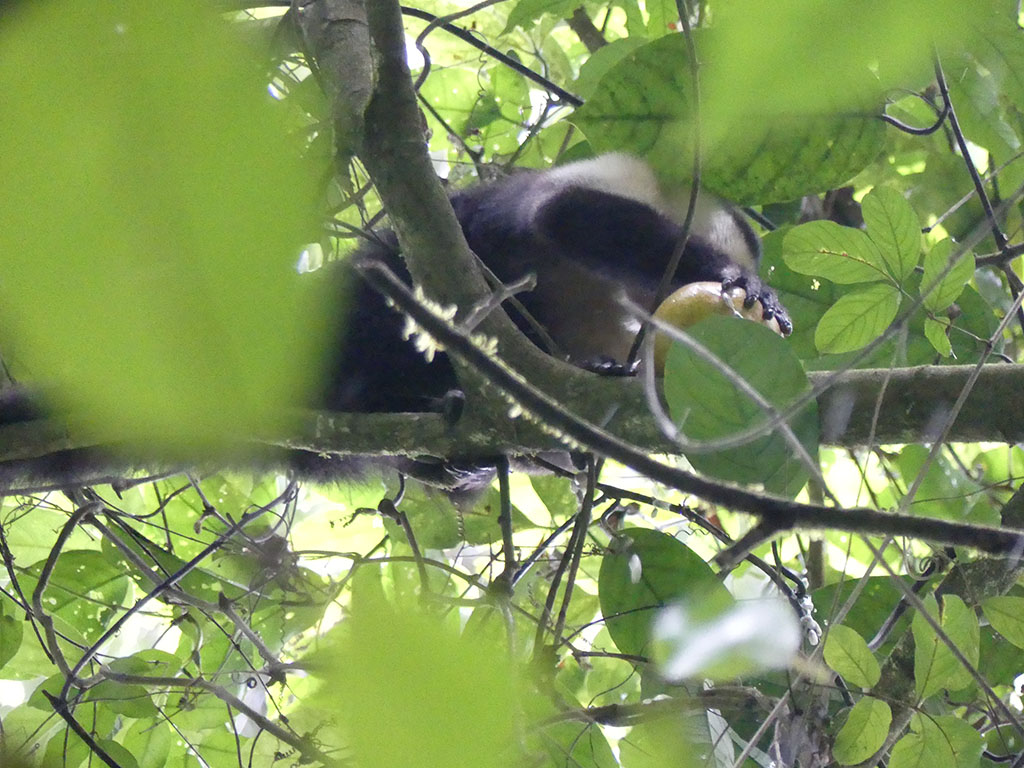 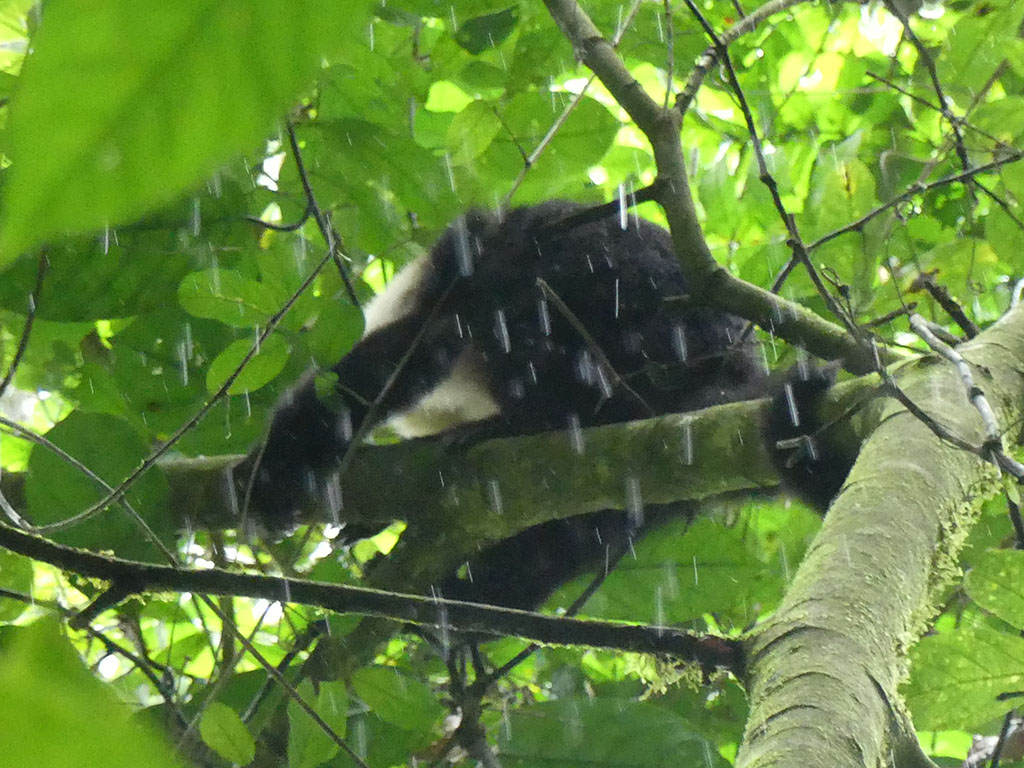 We were not too far from the end of the trail when we could hear BOOM! It had gotten very dark all of a sudden and that was indeed thunder. Oh dear. Coats came out and we stepped up the pace a little. As we got close to the end we could hear some racket up in the trees. We had found the white-faced monkey! This was a great find as while there are many in the forest, they are not always easy to spot. These couple were in a particularly boisterous mood and weren’t too keen on our guide making noises to them. While they were grabbing fruit to eat, they also decided it would be in their interest to throw it at us! Not small either!

We watched them for a bit but then the rain started to get the better of us, so we legged it to the end. A beverage in the bus and in no time we were back at the hotel. We had one more activity for the day, although this one was a decidedly slower pace… hot springs! Just up from the hotel was a series of hot springs where we would go to relax, and so most of the group decided to take the opportunity. We visited one called Los Lagos, which was a hotel, restaurant and hot springs complex all in one. And it was huge! Probably 20 different pools of different sizes and temperatures, as well as bar at the main one. Yay!

I took the water slide straight down into the hottest pool with the bar and settled in. Mmmm mojitos. Kate opted for the pina colada. When in Rome. We then spent the next 2 hours just relaxing in the different pools and relaxing those muscles that had been getting a work out. A casual group dinner at the restaurant and that brought a close to our time in La Fortuna.