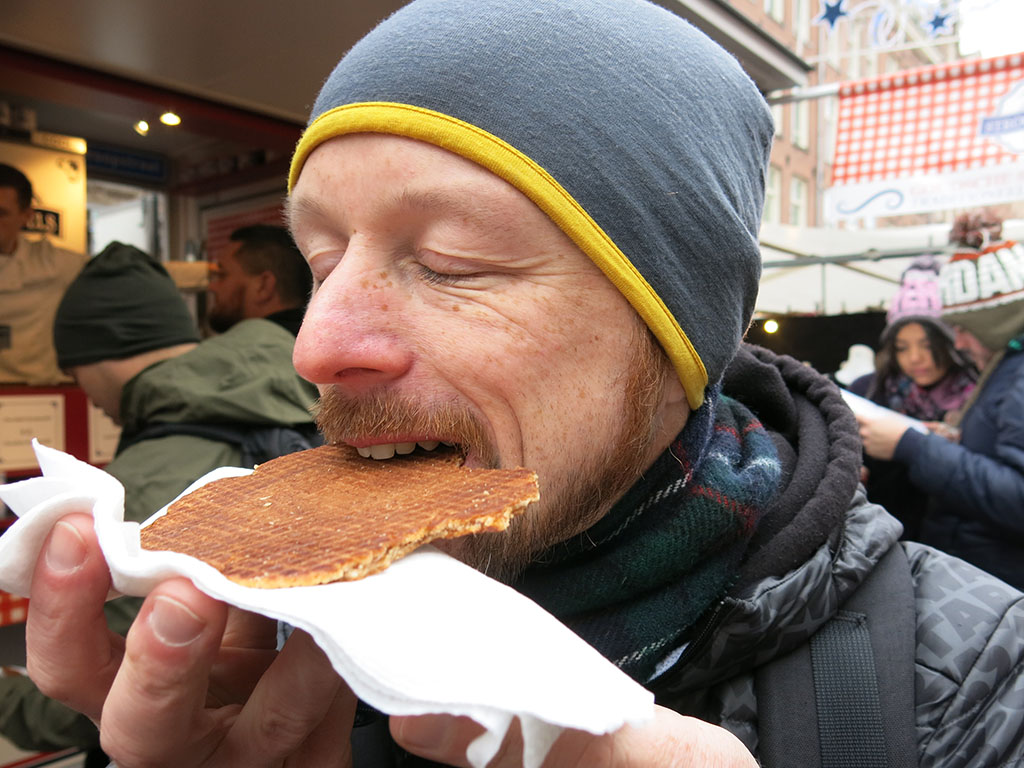 Only a couple of days left in Amsterdam!

It was getting close to New Years (and us leaving), and we were starting to notice a bit of a change in Amsterdam. Around Christmas it had been pretty cruisy… everything seemed pretty chill and we had no trouble getting into places. But in the past day the streets had been getting a bit busier. At first we thought it was just that we started going to more of the touristy places or areas, but we realised it was obviously that the influx was for New Year.

We were on the home stretch, but as I have talked about we didn’t feel we needed to be running around too crazy. We had a few things we still wanted to do, but again we could take it pretty casually. 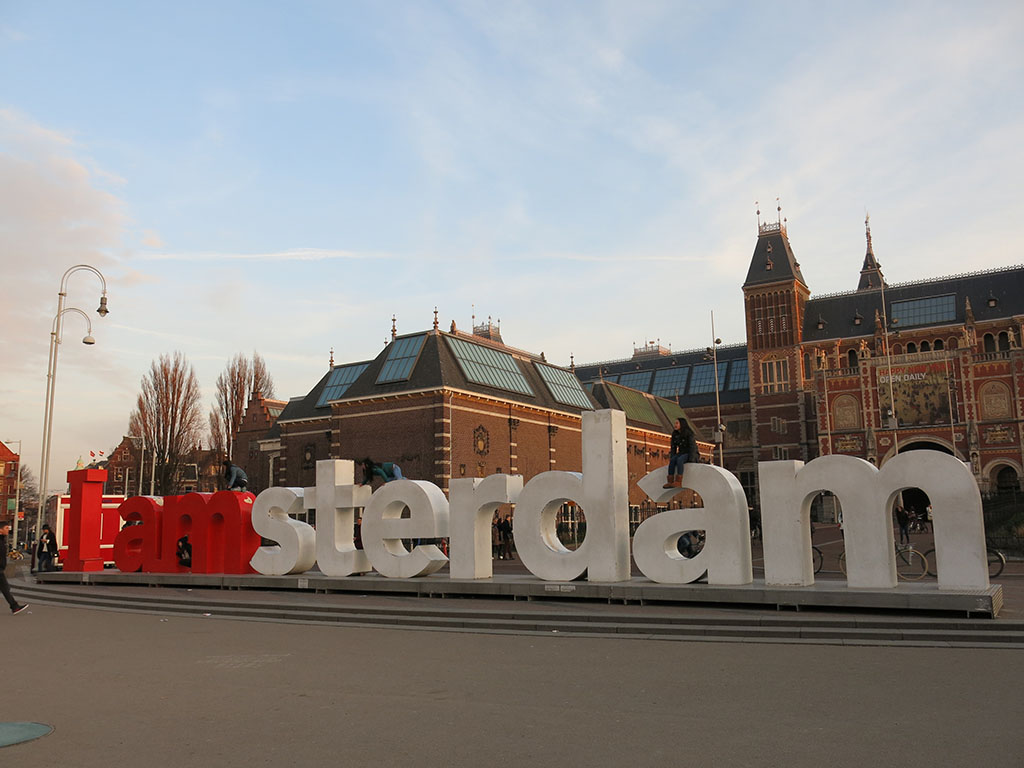 One thing I wanted to do was get back to the Van Gogh museum for another hour or so to revisit the Van Gogh / Munch exhibition. So at about 9am, nice and early, I wandered down to the museum. You know how I said things had gotten busier? And that 9am was nice and early. Well, it suddenly seem so early. I was greeted with a queue. A LONG queue.

Even my trusty museum pass wouldn’t get me in much quicker. A 1.5hr wait was what I had to endure if I wanted to get back in. Um… no thanks. I would try again later. 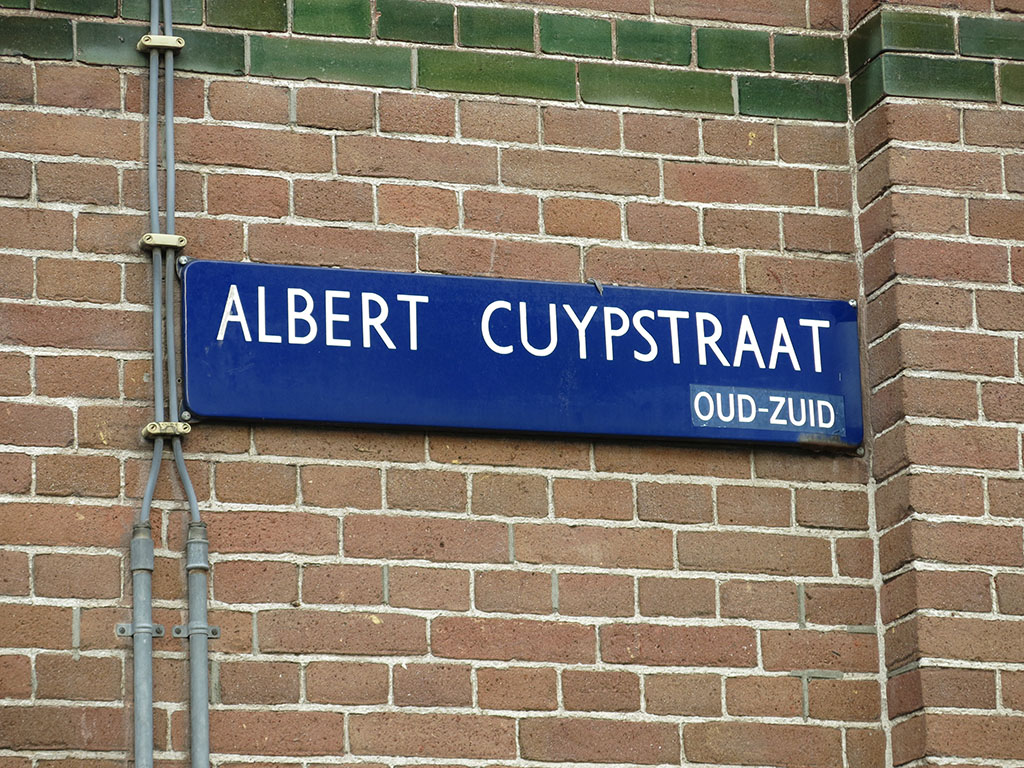 So I got back to the hotel and Kate and I decided to get out for a stroll to the nearby Albert Cuypstraat market, the biggest in Amsterdam and one of the biggest markets in Europe. I wanted to visit not to shop but to eat! 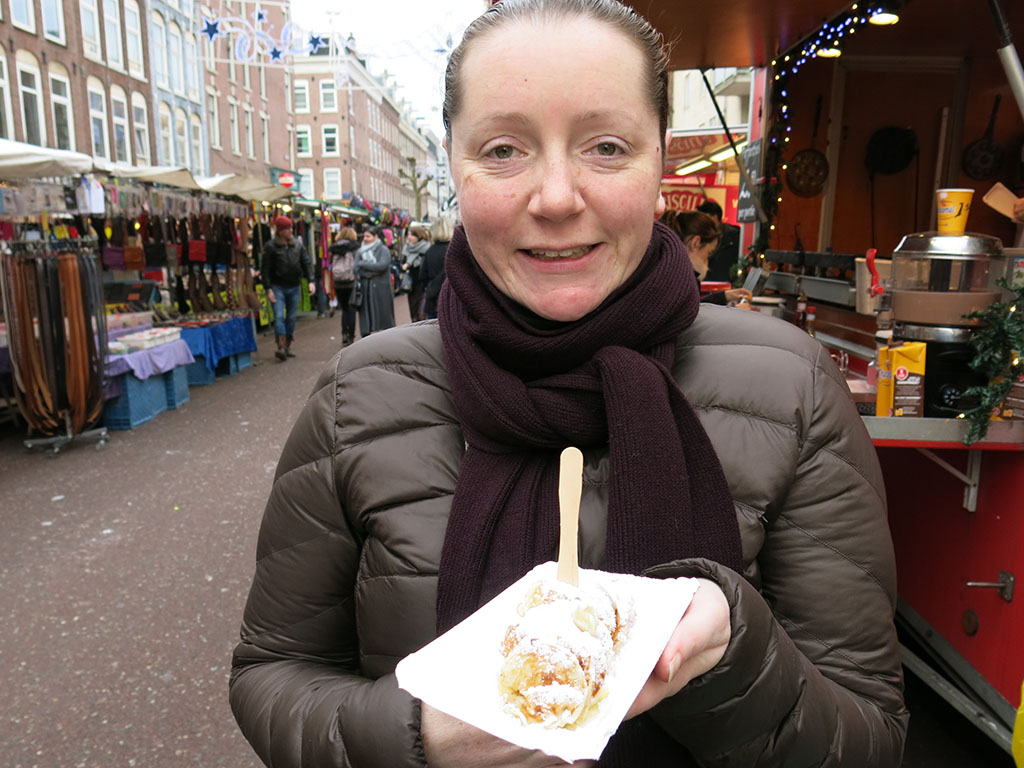 There was your typical market stalls full of cheap goods that I had no interest in. I was keen on the cheese and the sweets and the fish instead. Mmmm. Kate started with some poffertjes, the small dutch pancakes. She hadn’t had them and finally got her hands on some. You can tell she was enjoying 🙂 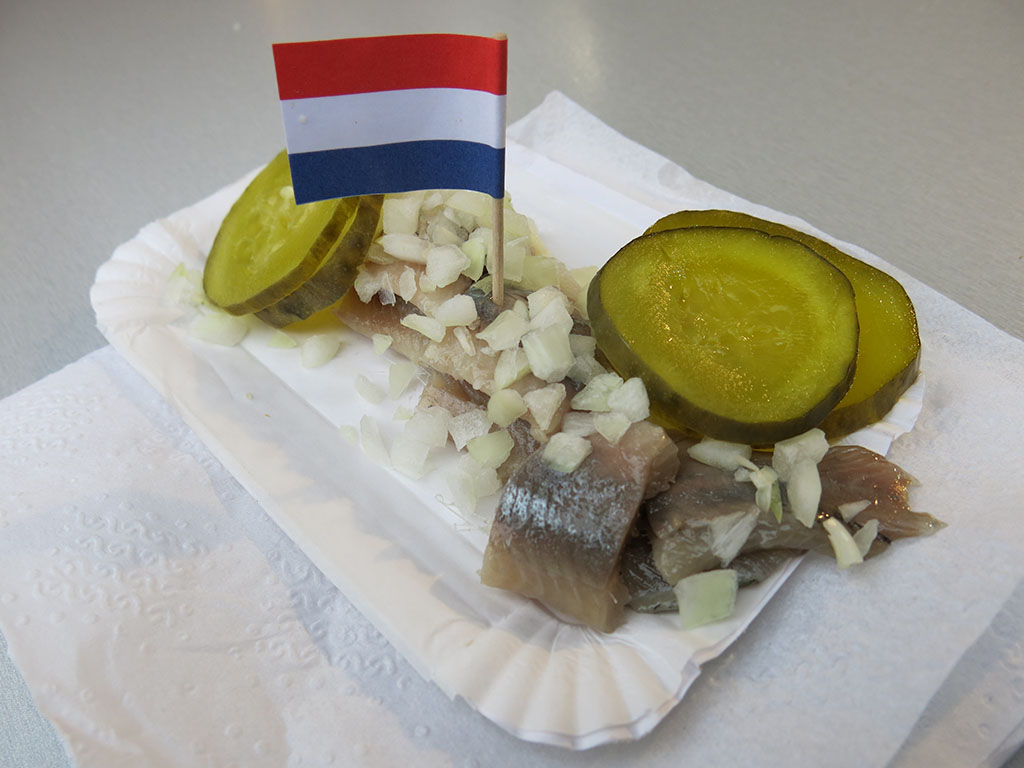 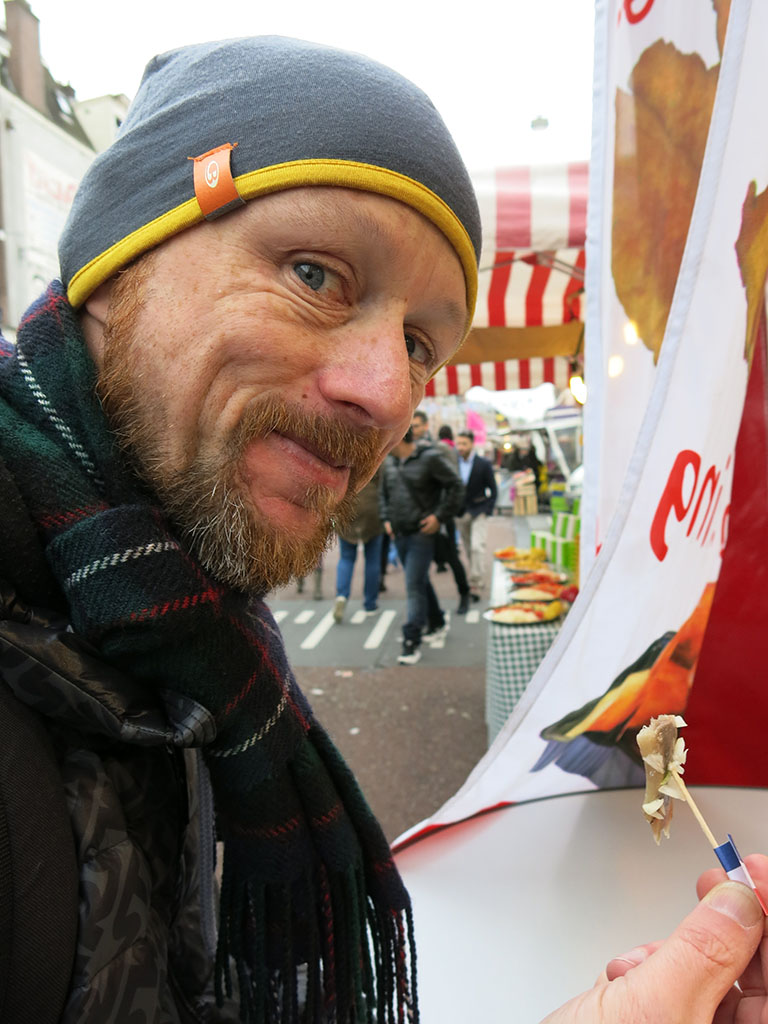 Me, I wasn’t after the sweet stuff to start… I wanted something fishy! I knew I had to try some famous Dutch herring at some point, and now was the time. Kate was not so enamoured as I ordered some raw fish and pickles. Mmmmm, time for some herring. Kate snapped a couple of pics and then ran away from the fish smell and let me enjoy. And enjoy I did! Not something I would probably keep on ordering whilst here, but the combo of herring and the tasty pickles was a bit of alright. 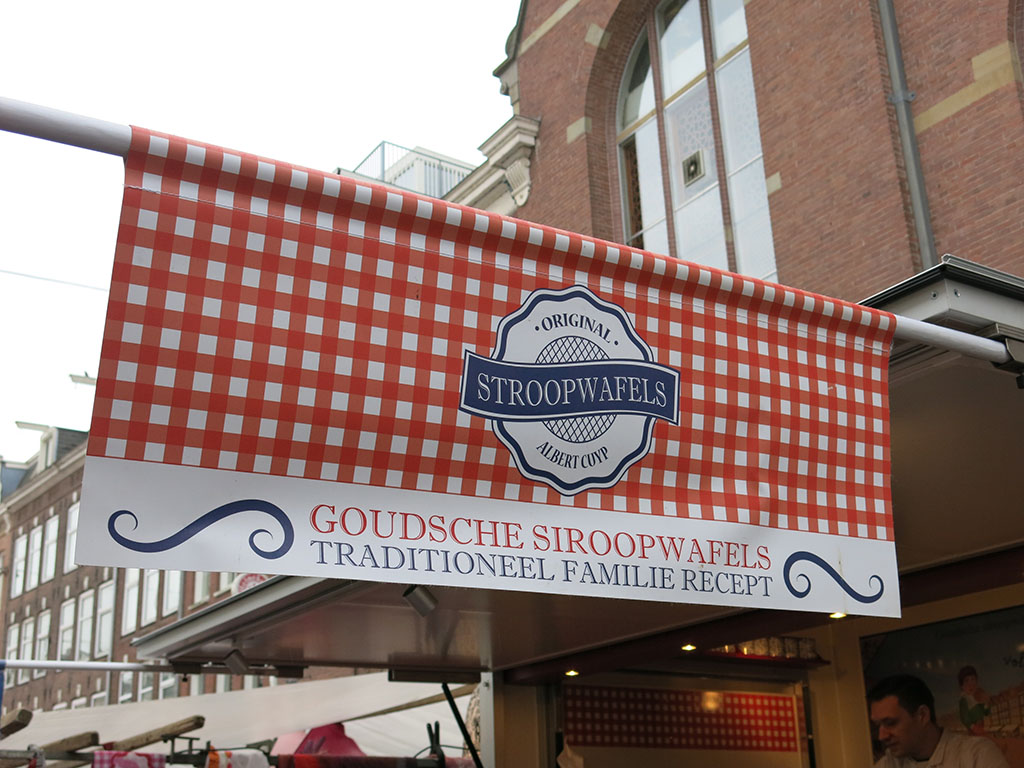 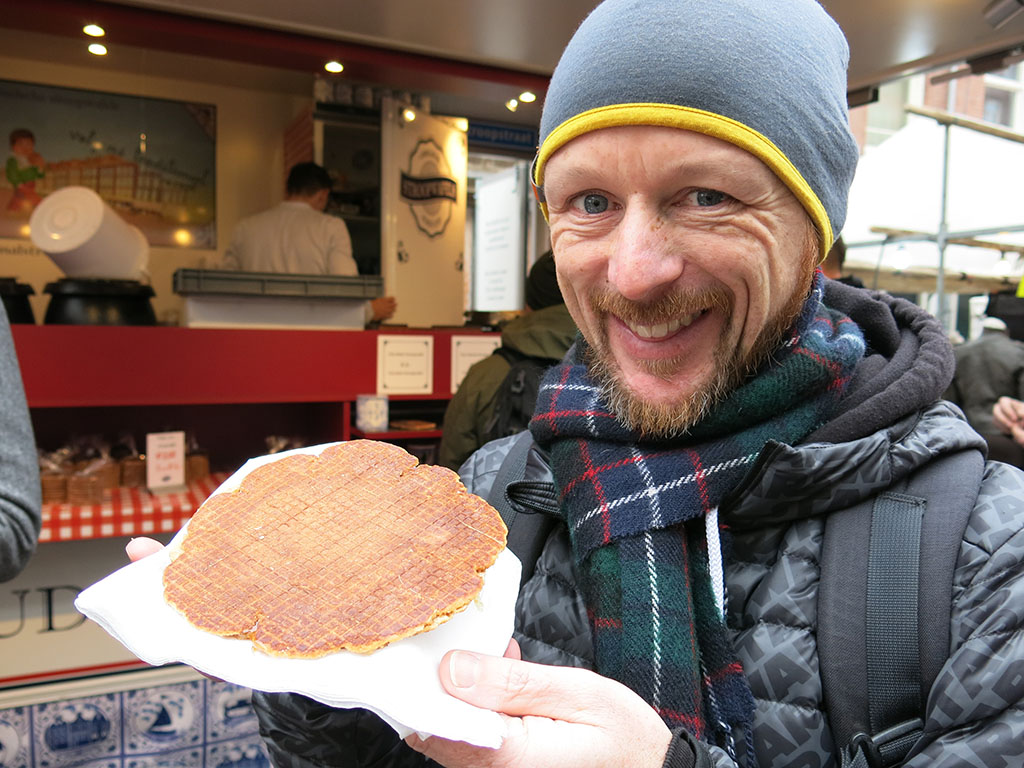 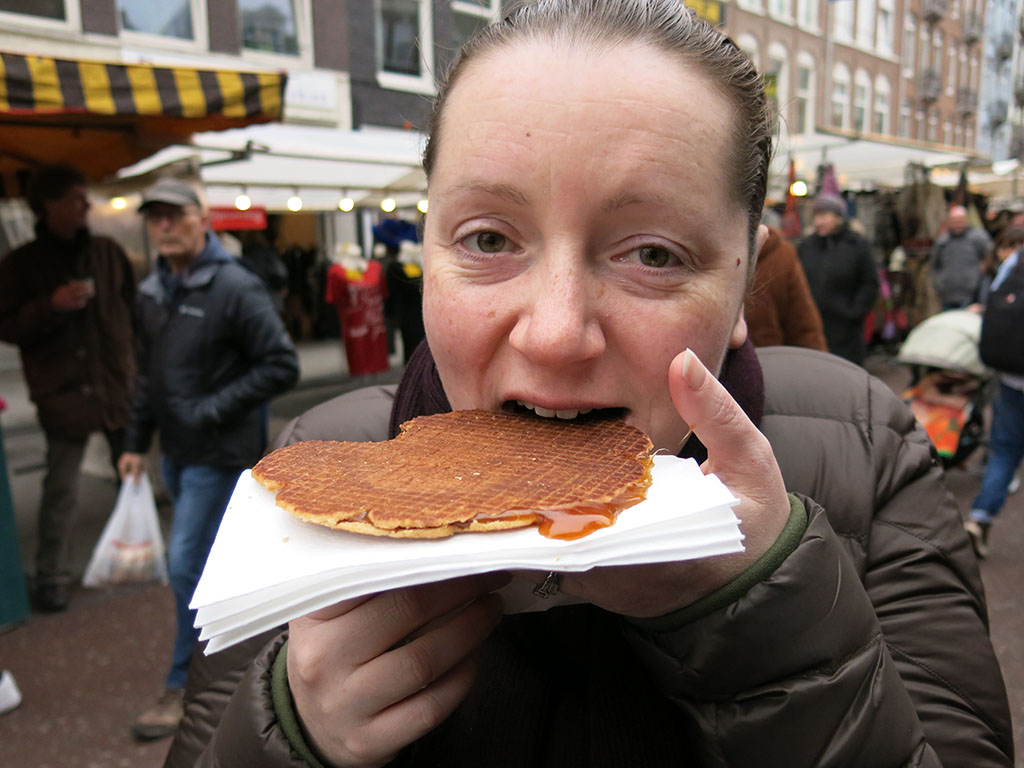 kate gets in on the action

I did want to follow it up with another Dutch market treat though. Time for some sweet sweet stroopwaffles for dessert! These are the famous syrupy thin waffle treats and the ones at this market are made nice and fresh and warm for each customer. The queue meant we must have been at the right stand too.

And how were they. Good! Not my usual dessert, but that syrupy goodness hit the spot after the herring and pickles. 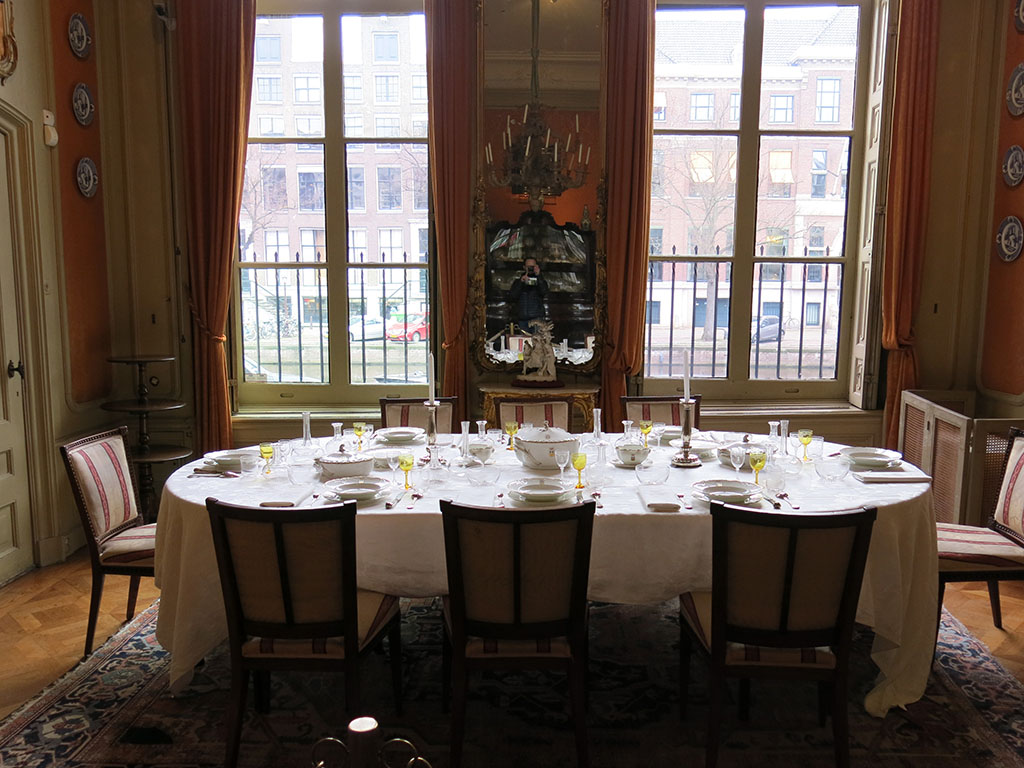 dinner with the van loons

With full bellies Kate and I kept moving. We didn’t have too much on the radar, but given we had our museum passes wanted to pop in to the Museum Van Loon. Like the Museum Jacquemart in Paris, this was a private home that had been turned into a small museum. This one was more interesting for me as it allowed us to peer into a canal house and see wha lay behind, which is something we hadn’t really had a chance to do. 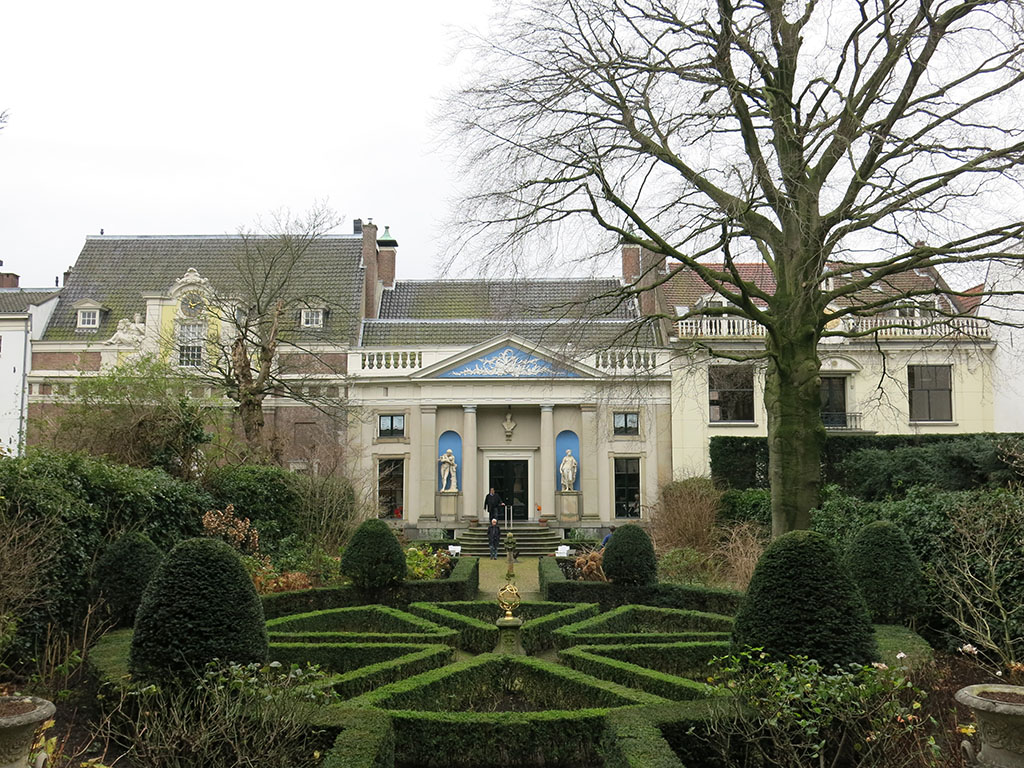 The house is quite cool, about a dozen rooms that had been kept in their original condition. The family apparently still live in the upstairs part of the house which as fascinating. The house itself was quite cool too and we got to wander through the back courtyard into the former coach house. 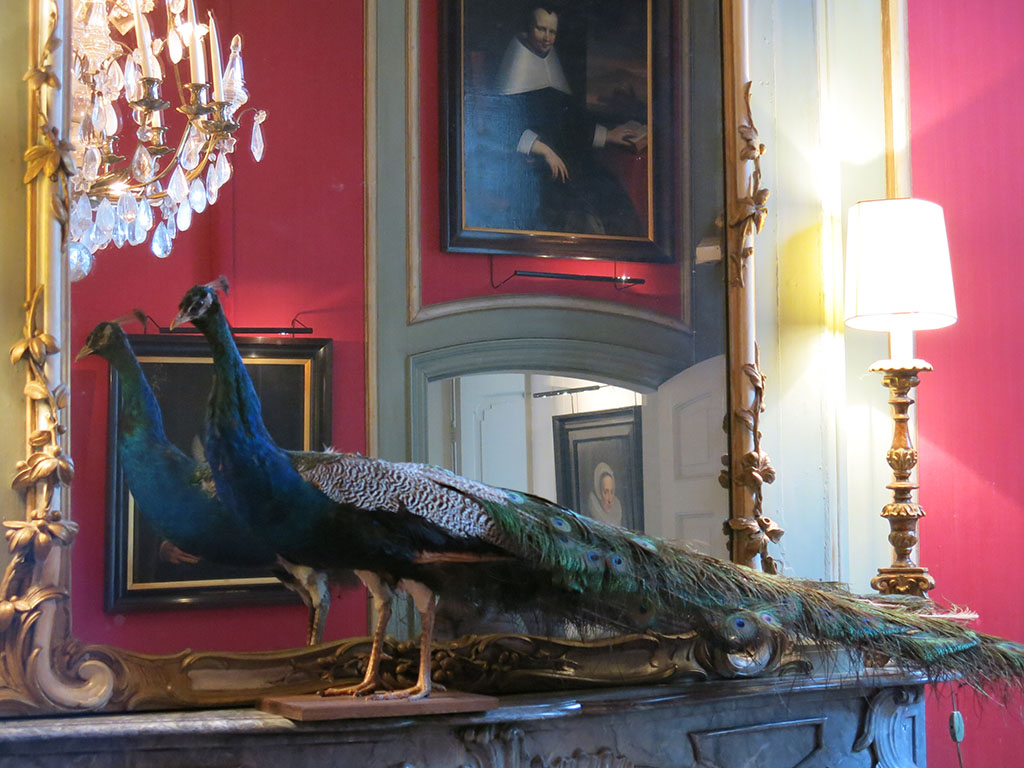 of course they have a stuffed peacock

Being so small we were through it fairly quickly, but it was well worth a visit. 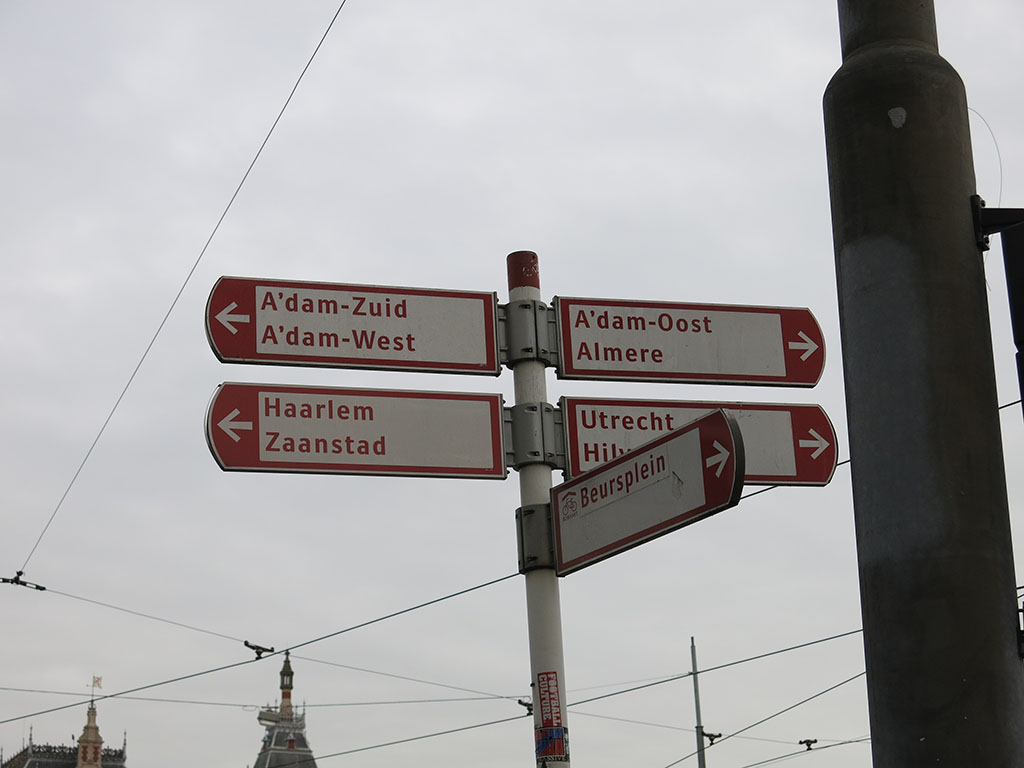 It was mid afternoon so we wandered back to the hotel for a bit. On our way I saw a sign… for Adam West! We really should have gone to see if Batman himself was there. I’m guessing he wasn’t.

After getting back to the hotel, I decided I would try my luck and pay a visit to the Van Gogh again. This time only a short wait and I was back in. I revisited the Van Gogh / Munch museum and said hi to all those paintings I love so much. 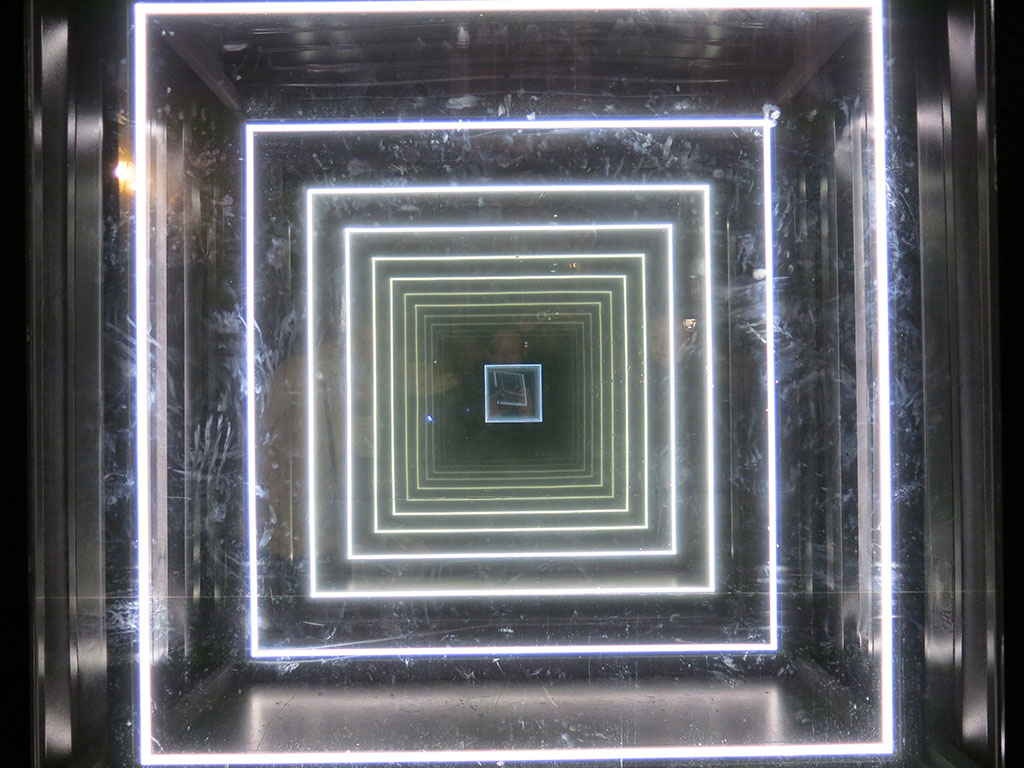 into the light… festival!

We had a couple of after dinner plans for tonight. First up was part two of our Amsterdam Light Festival exploration. You will have read all about our adventures on the boat, but tonight was about adventures on foot. The festival guide details a path you can take from the Hermitage, and around the canals and back streets, visiting lots more of the light installations. And as it turns out it seems to be an activity that lots and lots of people get up to. 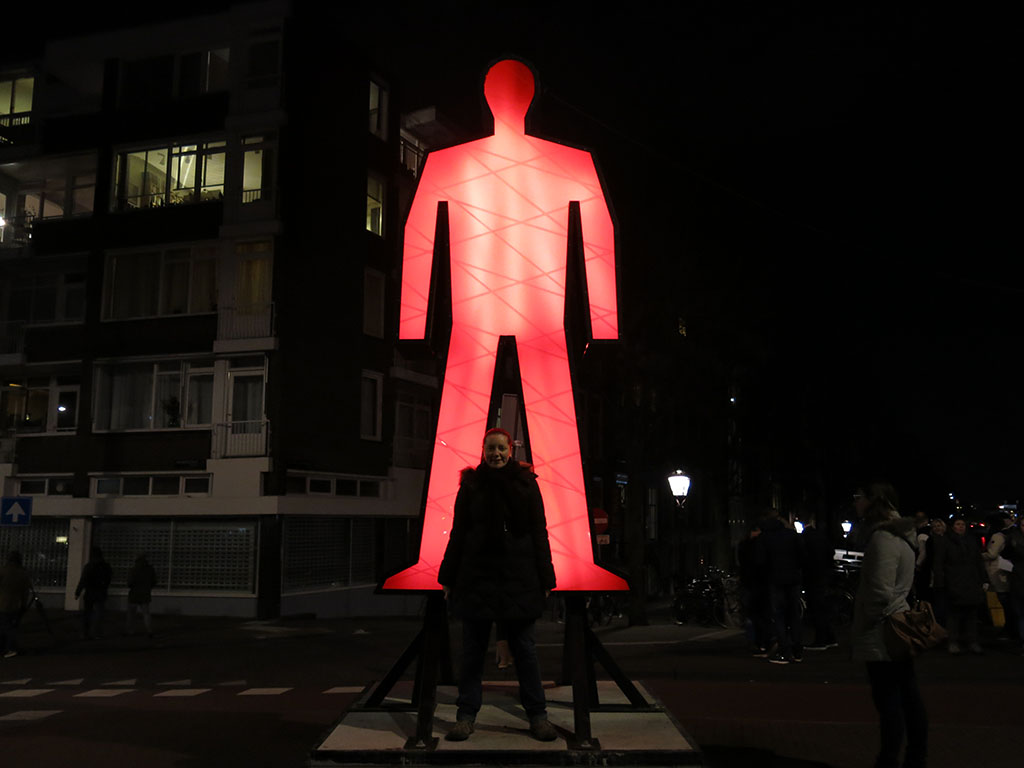 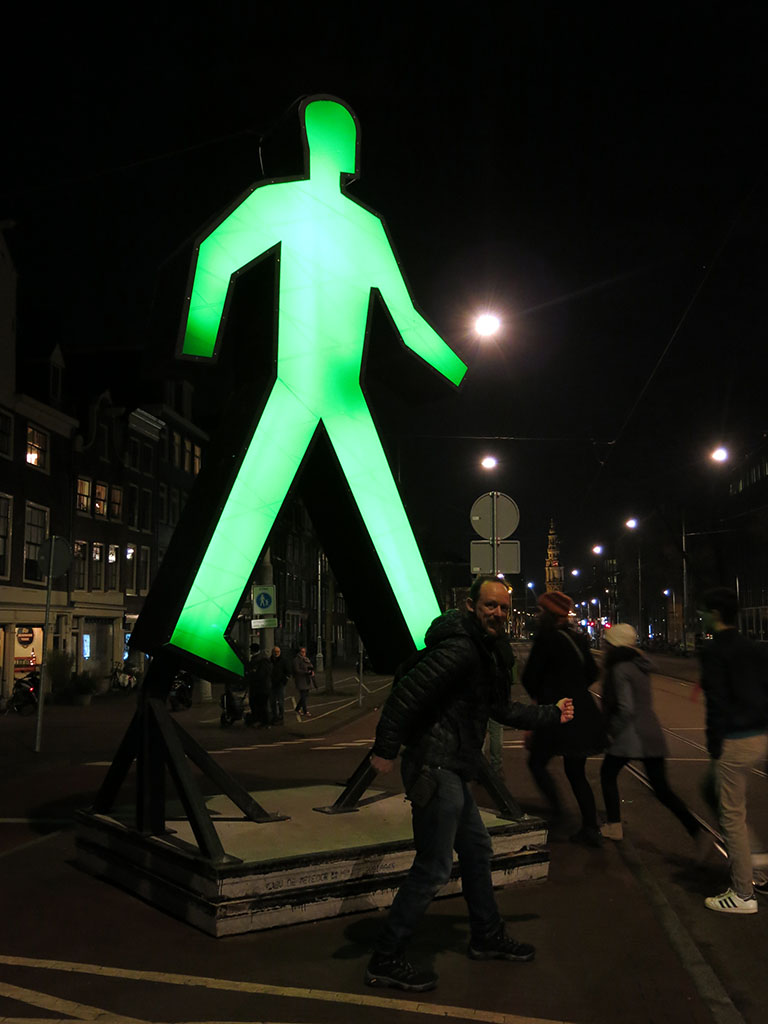 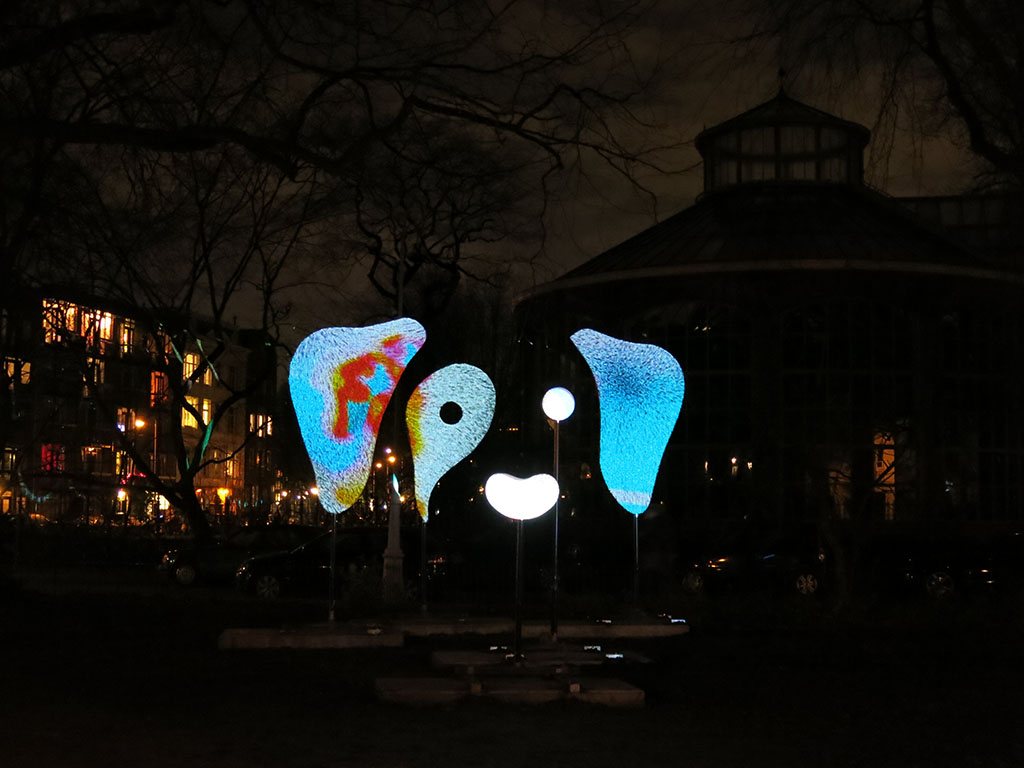 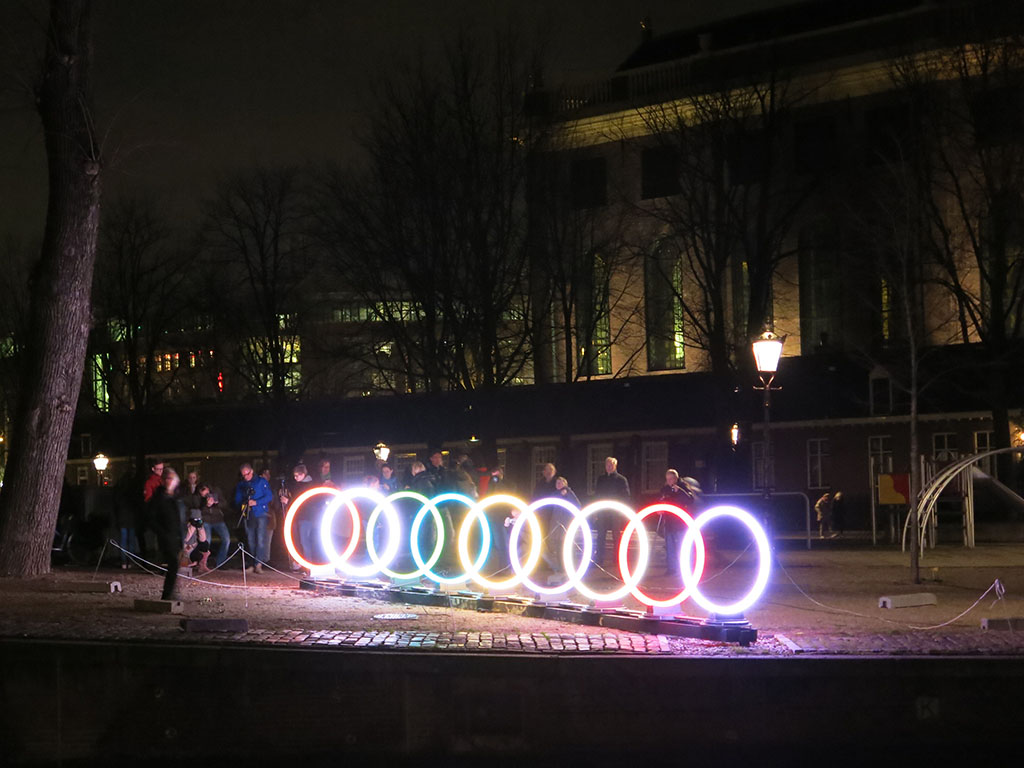 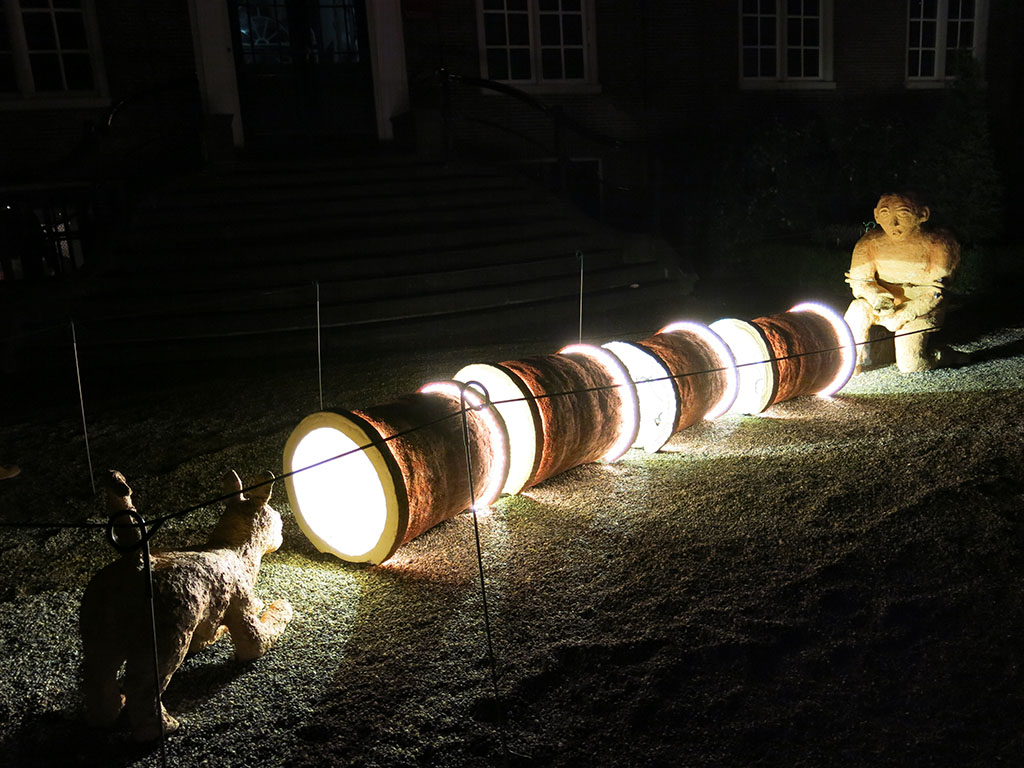 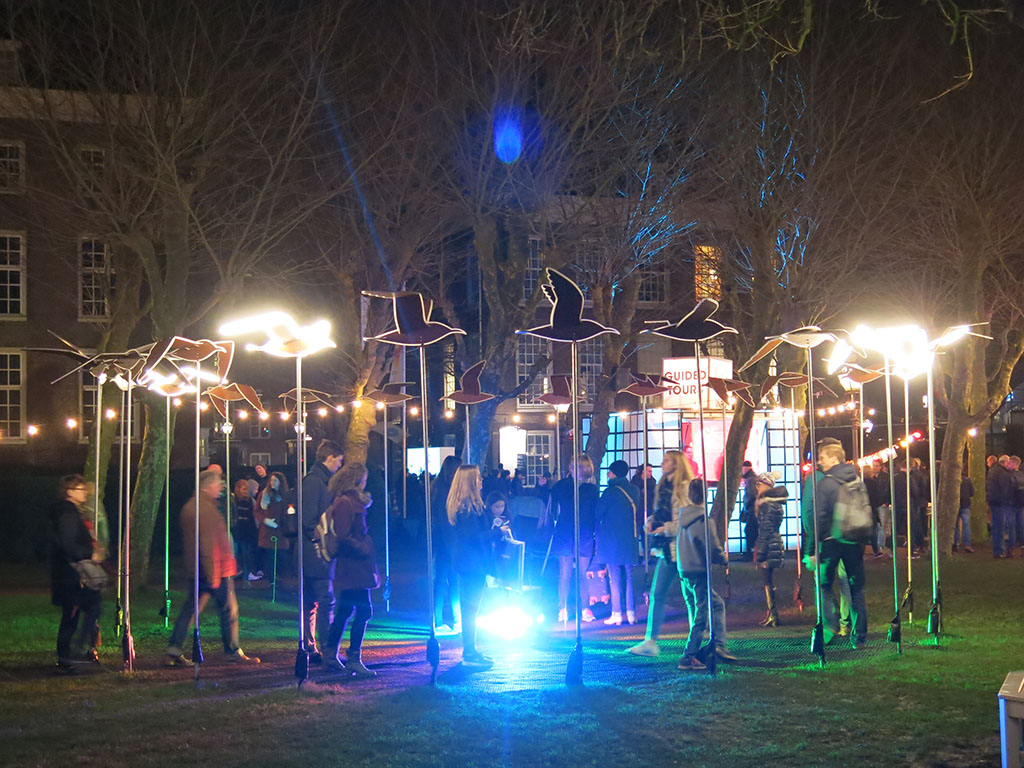 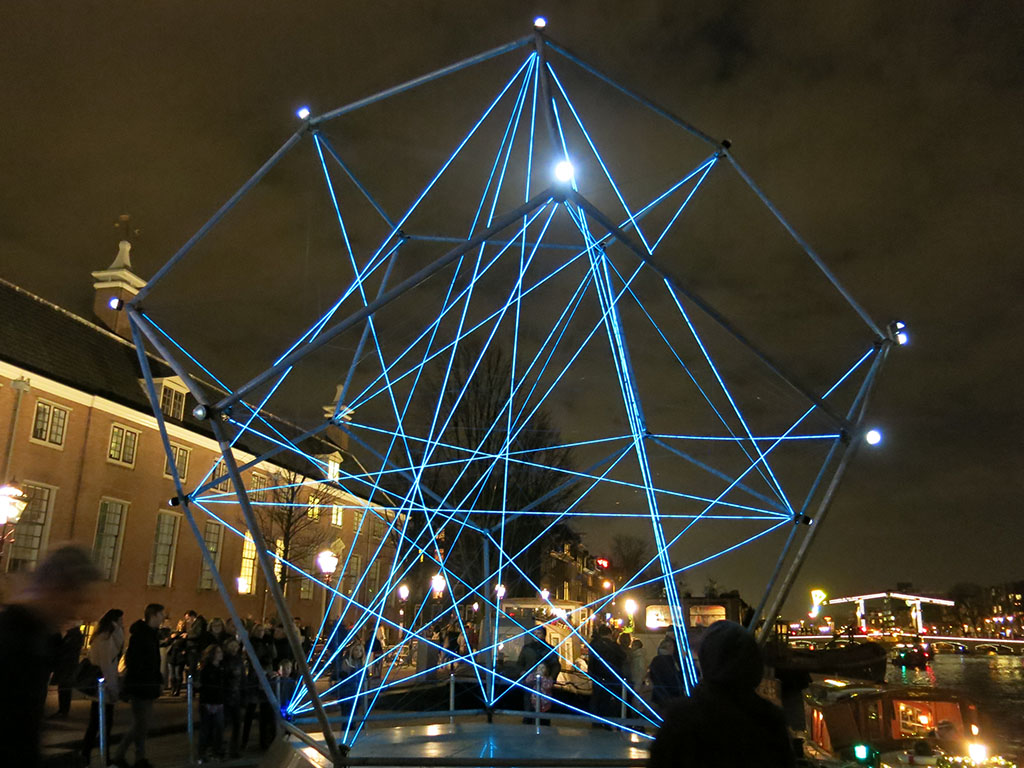 We wandered from installation to installation, moving along with the quite large crowds. All the people made the whole experience quite fun. The installations themselves were a very mixed bag (just like the ones we saw on the boat), but being amongst it all made for a lot of fun. My favourite was the pieces that when looked at from the right spot appeared as a very cool dog (I am guessing you know which one it is above). 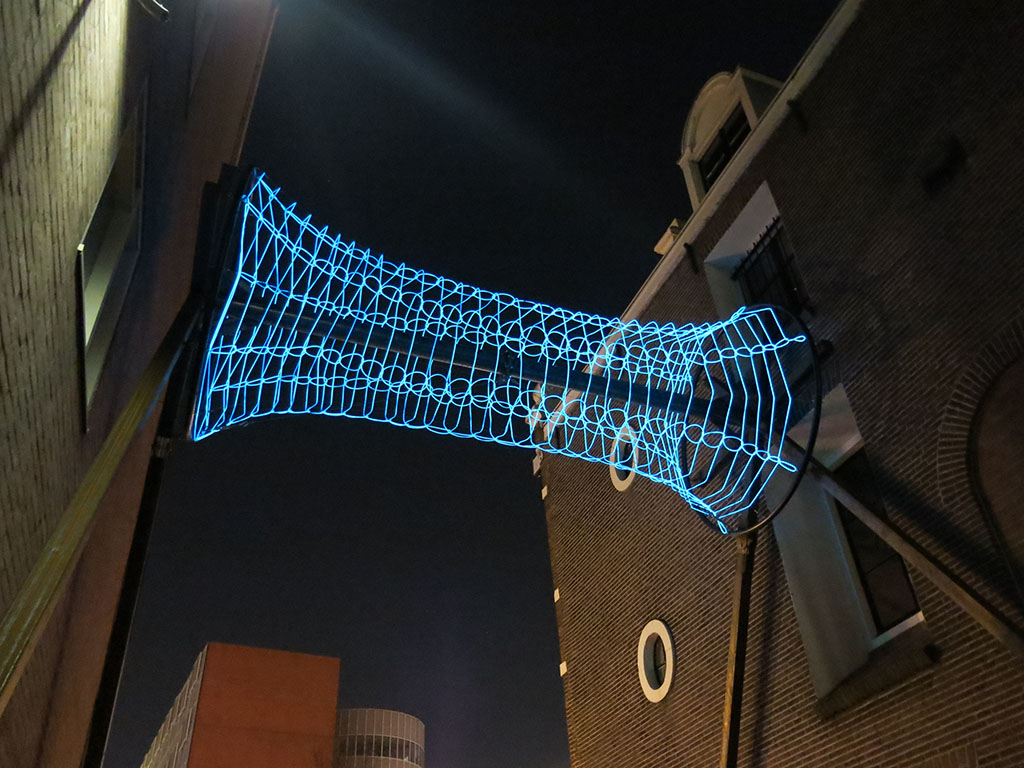 We even found one by an Australian which was very cool. Represent!

We sped through the last installations as we had to get to our second event of the evening. The Pathé Tuschinski was a cinema I had mentioned in a past post… apparently the most gorgeous cinema in Amsterdam (and in the world!) a mix of styles including art deco and art nouveau, so how could we pass up a visit! Anything reminding me of my beloved Astor Theatre back at home would be worth visiting.

But what to see? Stupid question! More Star Wars!

When buying tickets it seemed much of the cinema was sold out. What was available though was a 2-seater toward the back of the theatre that seemed to be not dissimilar to a La Premier style experience from back home. The tickets were a little more expensive (not too much) so we just said let’s do it and booked. 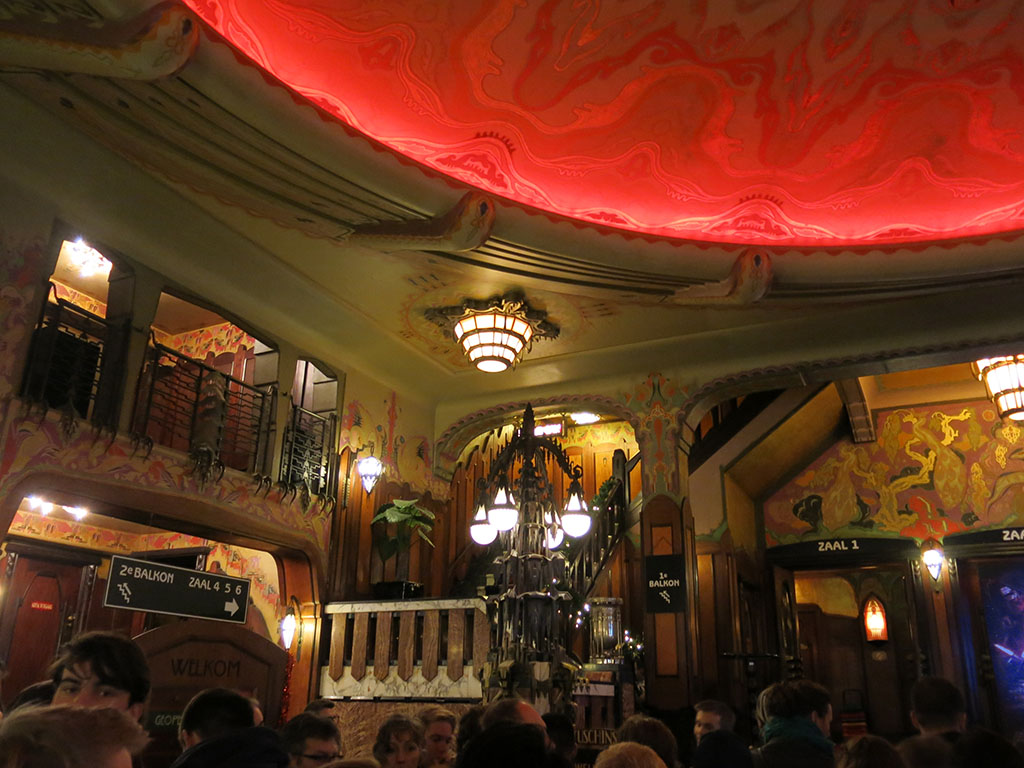 can’t capture the grandeur of the place 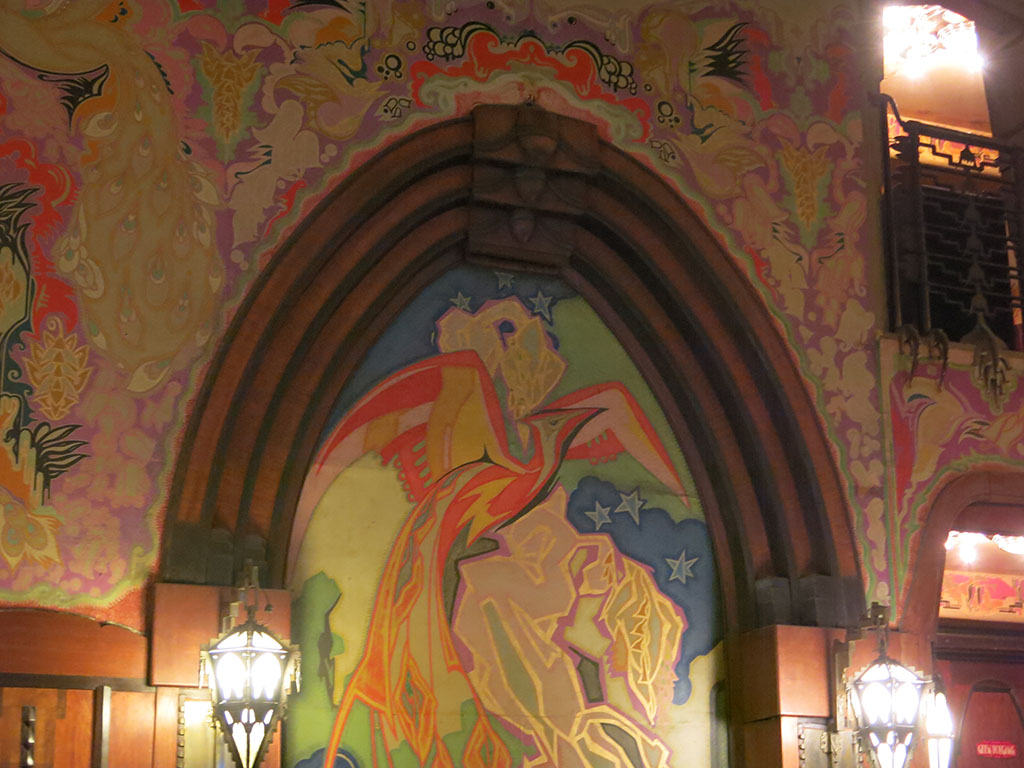 When arriving into the cinema we were greeted with a packed, gorgeous foyer. The foyer was stunning… very hard to take proper pictures of to do it justice. It was full of nice little touches everywhere and was already a pleasure. But when we went in to the cinema proper, we were in for something else. 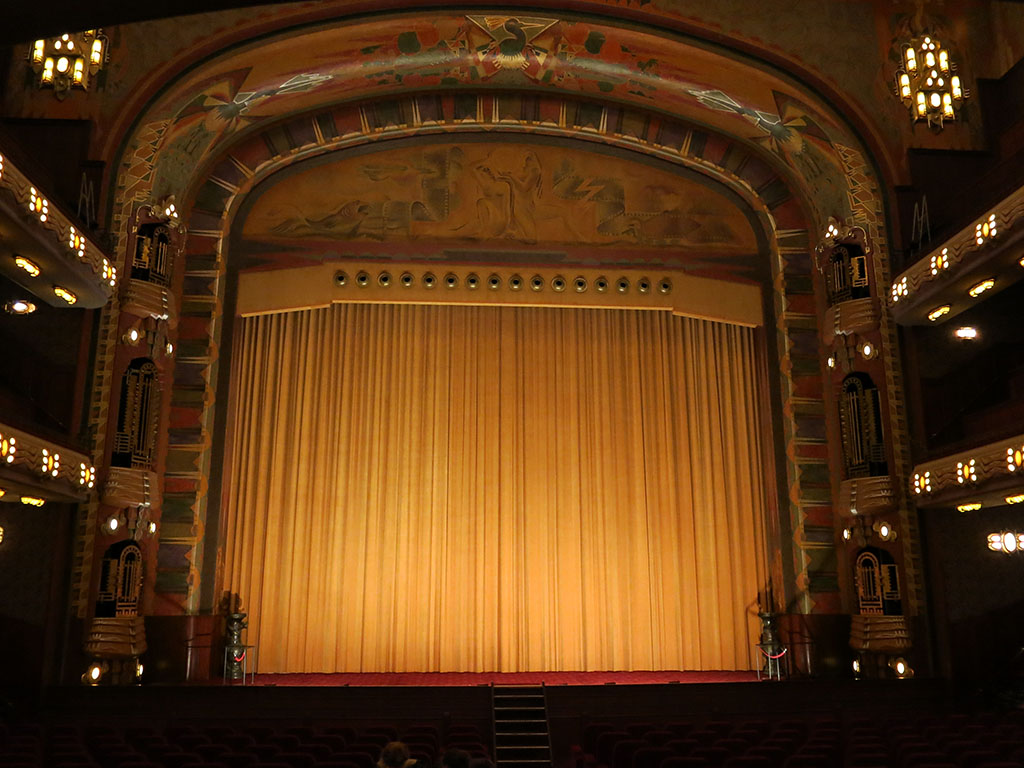 i wish all cinema screen curtains were like this

“It’s like the Astor on steroids” remarked Kate and she was spot on. The theatre was stunning. A beautiful theatre with an old style curtain, plush seats, balcony, and sweet 2-seater boxes at the back. 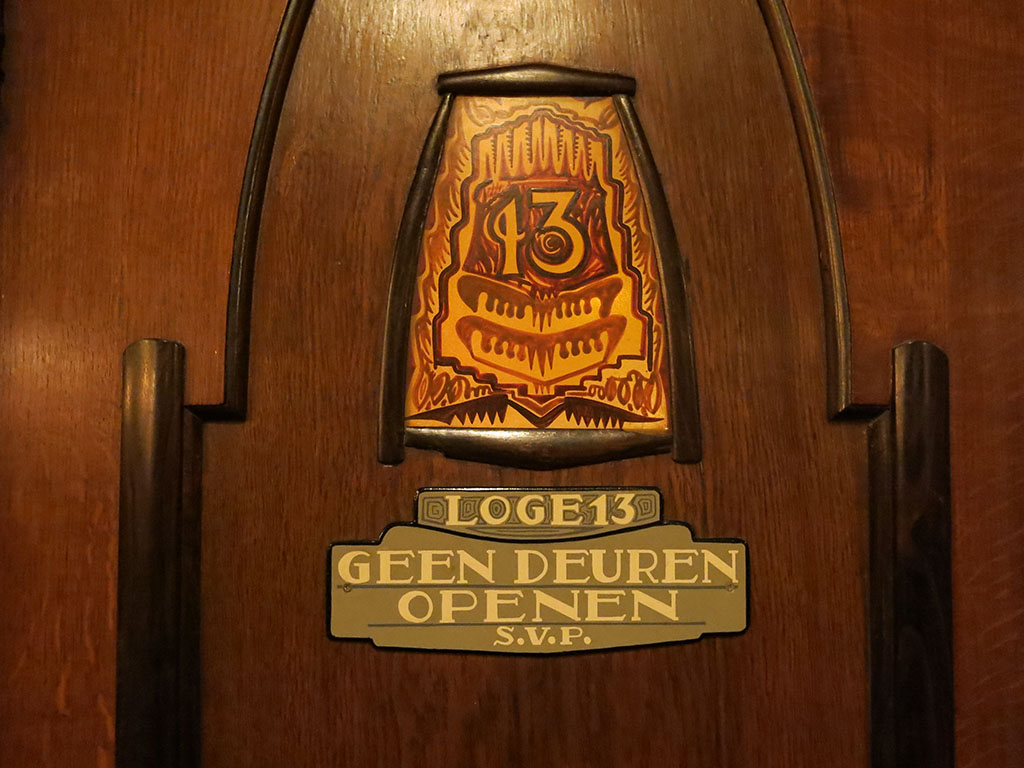 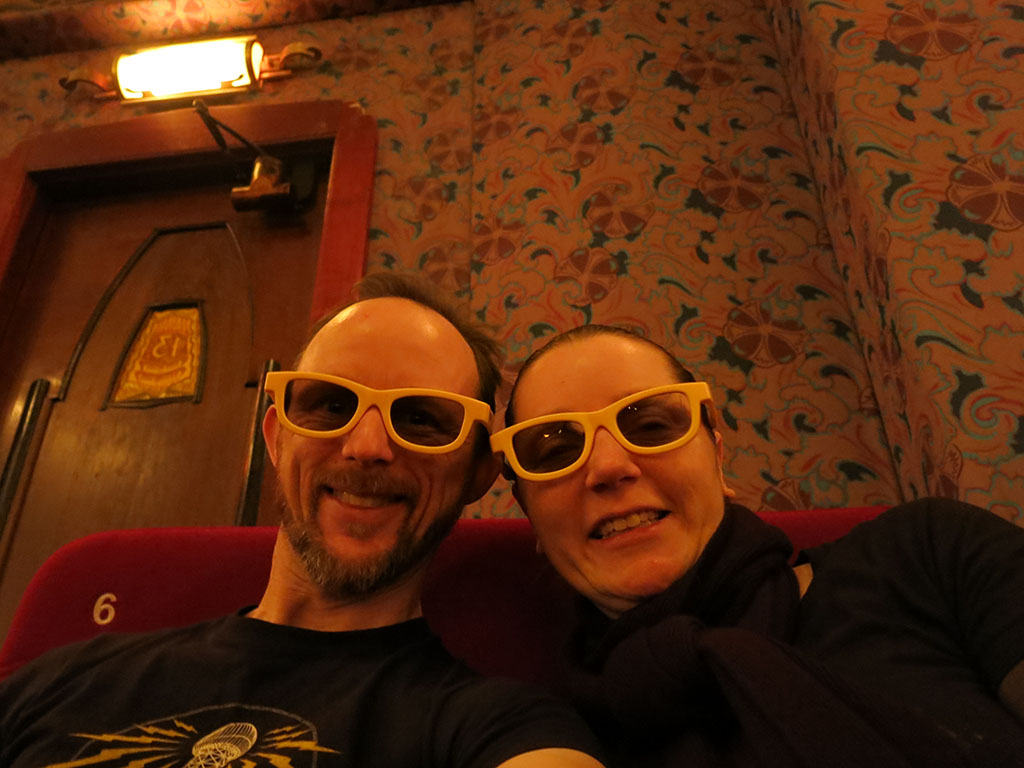 getting ready for more star wars!

We were in Loge 13 and had only just settled in when our friendly attendant came to get our orders. Unlike Gold Class of having to pay for the drinks and sweets, or La Premiere which was some soft drink and popcorn, we had a great menu to choose from. A swing-top Grolsch and huge popcorn for me! Kate opted for the soft drink but a big bag of M&Ms. For not much more we had a primo comfy 2-seater and good snacks coming our way.

The lights dimmed and the movie started. Probably my fondest memory of the whole experience was as the Lucasfilm logo came on screen the theatre was full of the sound of popping Grolsch tops! A veritable symphony of bottle tops that was a joy.

And the movie? It is still awesome. I still won’t share anything that could spoil, but even though I have a few niggles, this movie is what I have been waiting for for years. And to see it in possibly the most gorgeous cinema I have ever been in was amazing.

It was almost midnight as the movie finished and we jumped on a nearby tram back to the hotel. Star Wars and the Pathé Tuschinski would be one of my favourite memories of Amsterdam.