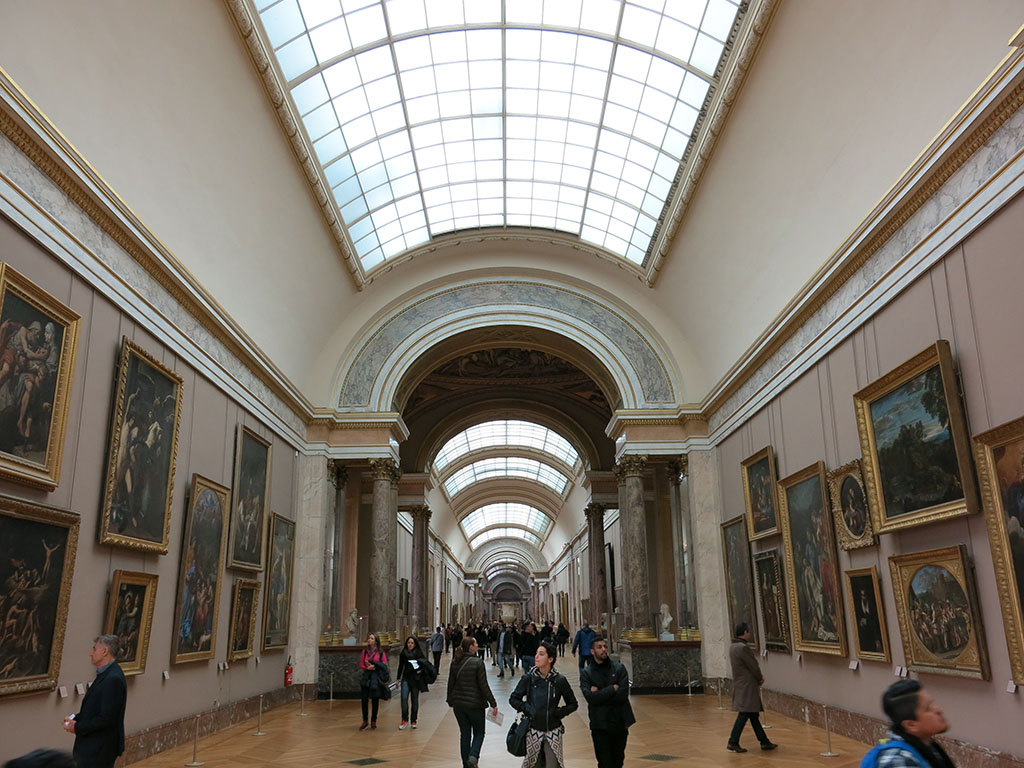 back in the louvre

Today was our last museum pass day but we had a quiet day planned of just filling in some gaps. I wanted to drift through the Louvre some more, but outside of that, it was going to be pretty easy going.

We started with a visit to Saint Chapelle, a gothic chapel just near by Notre Dame. The number of visitors to this place is WAY less than its more famous neighbour (and I had never thought to pop in), but having talked about it with Kate the other day when we saw some of its stained glass at the Museum of Medieval Art, she thought we should pop in. 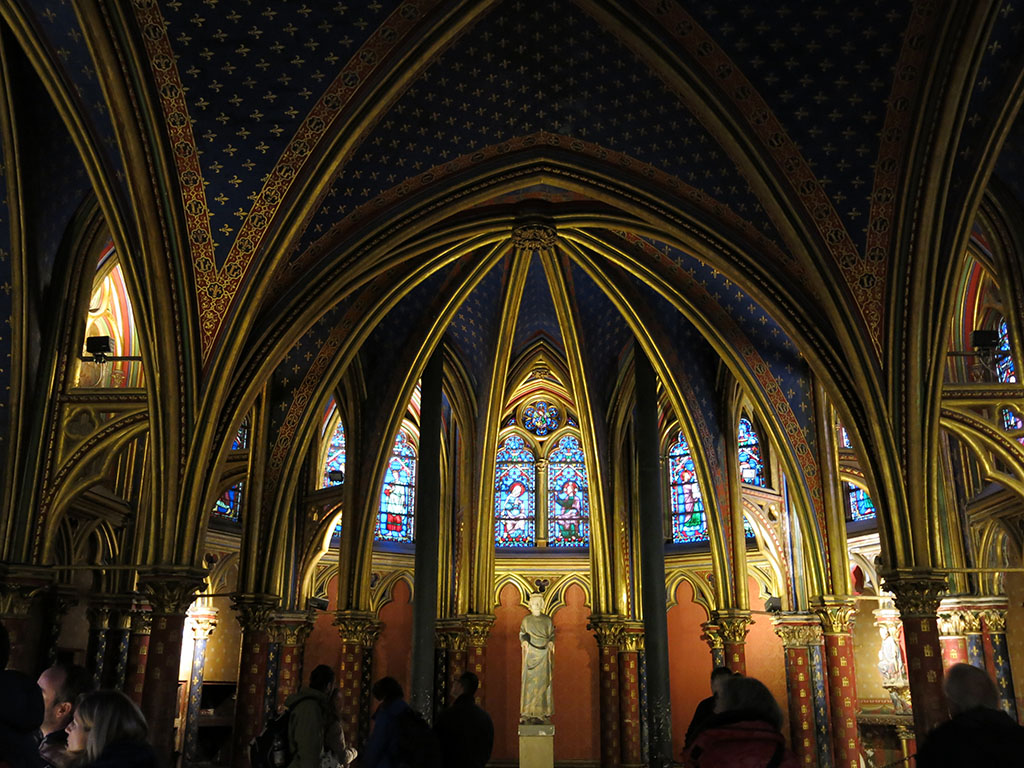 We entered into the small but ornate lower room. The roof was quite something and it was quite a quaint chapel. But then Kate led us upstairs to the main room. 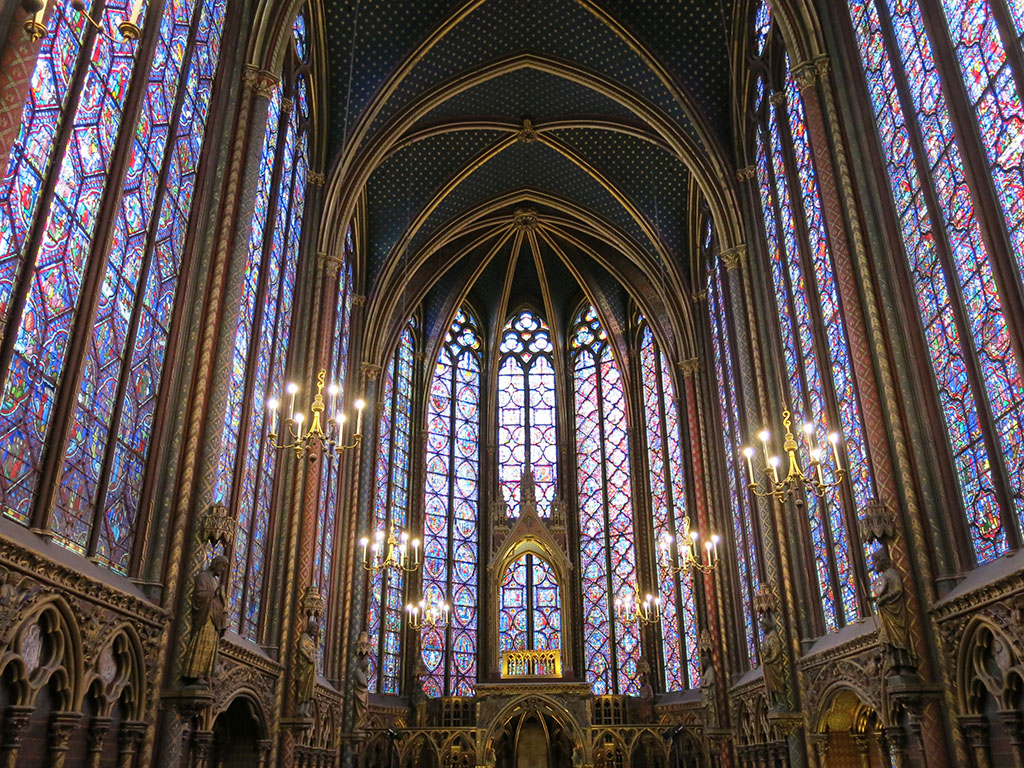 Bam! I was not expecting that. It was an explosion of colour from the thousands of stained glass windows. I can’t say I had ever seen anything like it. It was just an overwhelming sensation being surrounded by it all. Kate thought my face said it all when we went in and was quite chuffed at my reaction.

I can’t believe I hadn’t been in before and that most tourists that come to Paris probably don’t get to see it. I guess we are just lucky to have so much time here to experience all the other things there are to see. 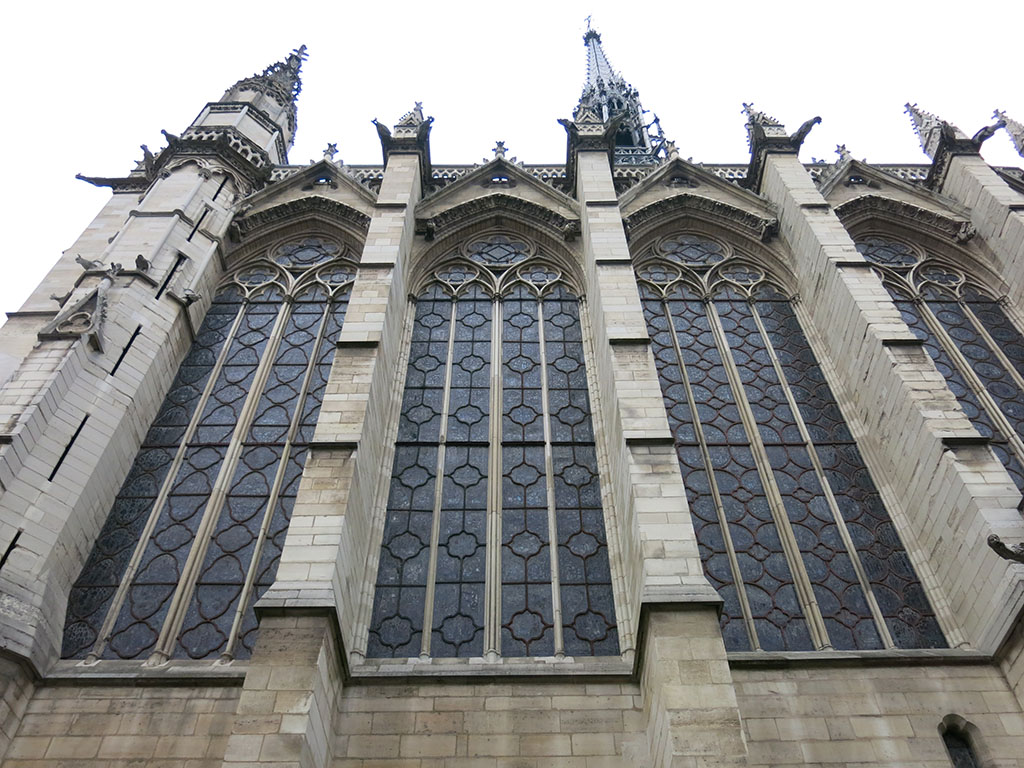 hard to believe all that colour is behind there

From the outside it was hard to believe that all that colour came from those seemingly lifeless windows! 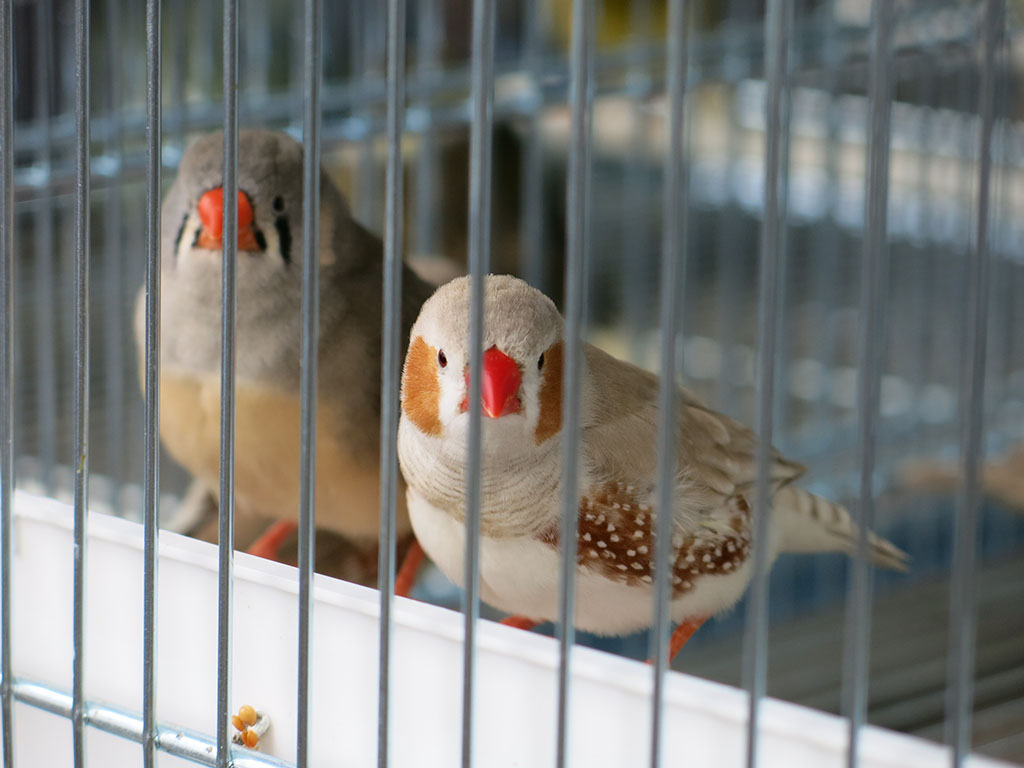 From there, we decided to wander toward the Louvre. We wandered past a flower market that on Sundays seemed to double as a bird market as well. These little finches were quite cool although I think we would have trouble getting them through customs. 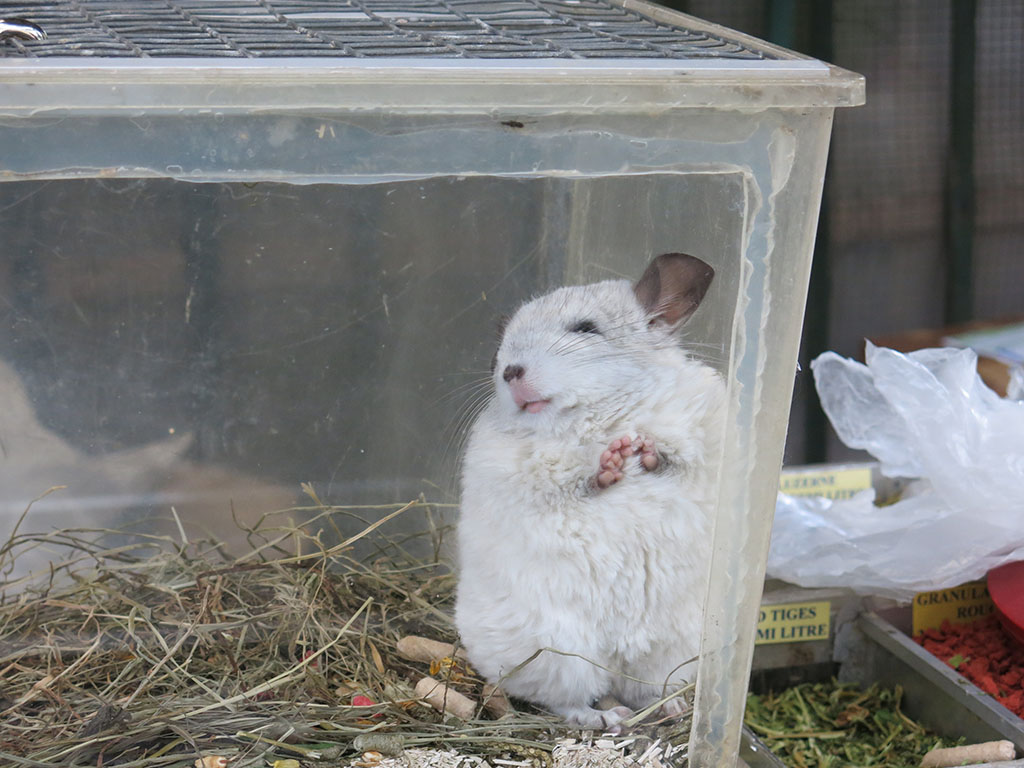 And this little guy was capturing everyone’s attention! Not sure I had ever seen a chinchilla before. Well, another first for the day. 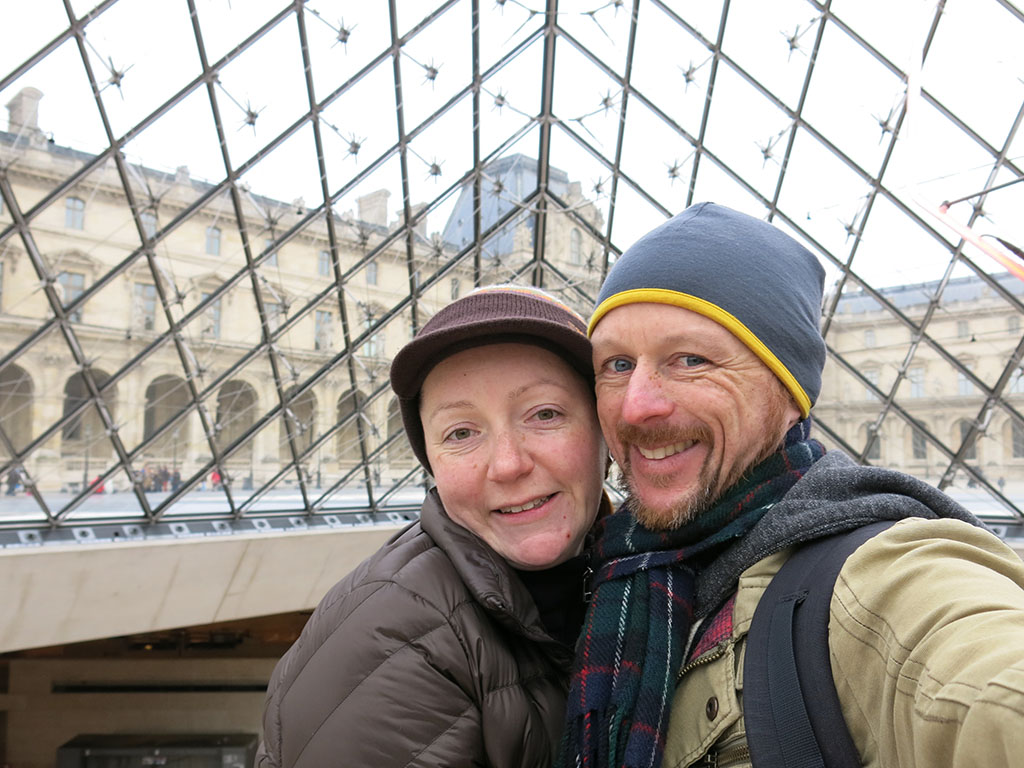 inside the pyramid we go

In no time we were back in the happiness that is the Louvre. This visit was all about some aimless wandering and seeing some of the other favourites that we missed the other night. You can wander for days, so we mapped out a bit of a plan and visited the main areas that we wanted to revisit. More Italian masters, but mostly a lot more of the sculpture work and antiquities. 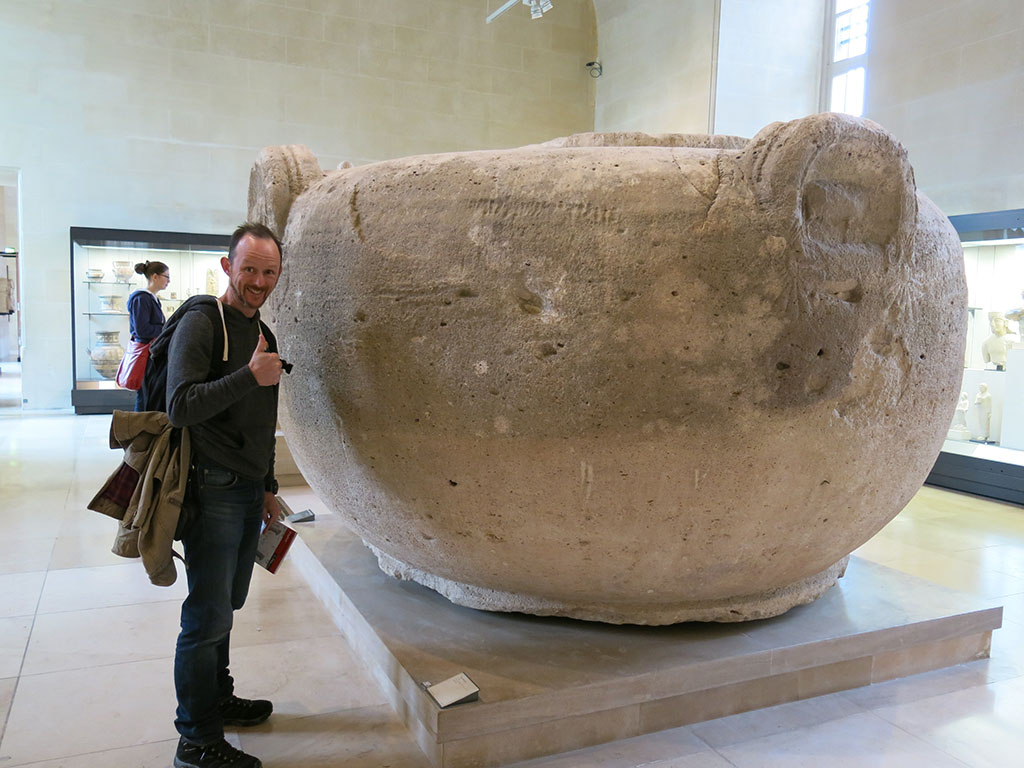 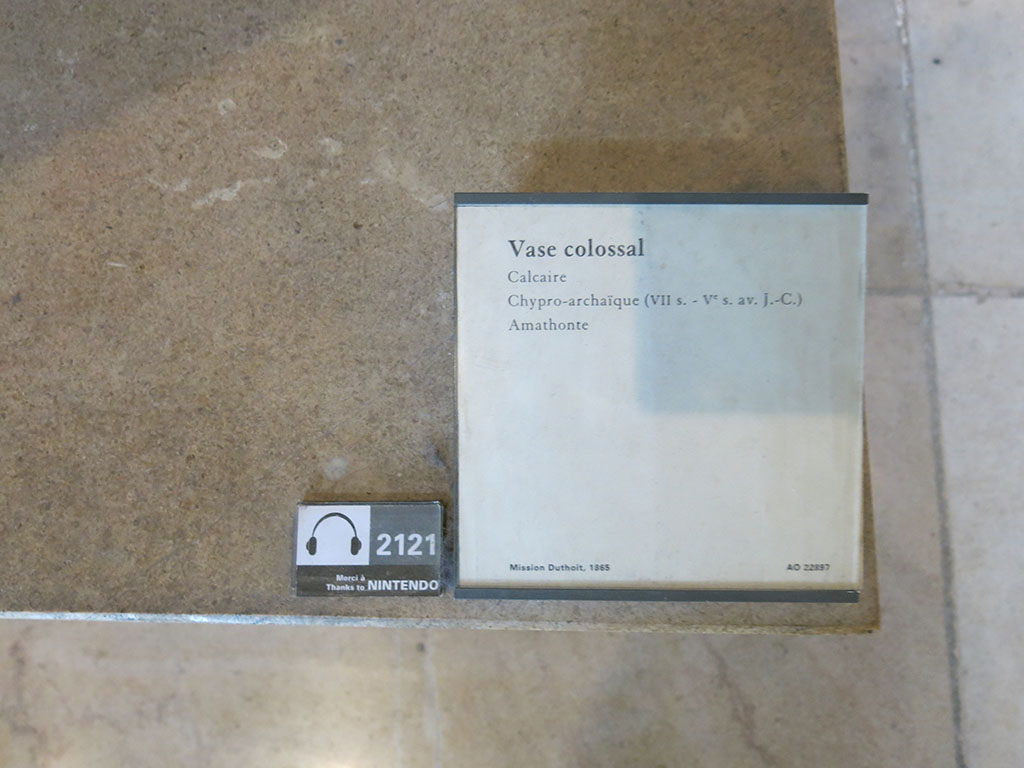 “That’s a big vase!” I remarked as we entered one room. Ha ha, said Kate, humouring me as usual. Until I looked at what the piece was actually titled. It was called “Vase Colossal”. Yep, I know my art alright 🙂 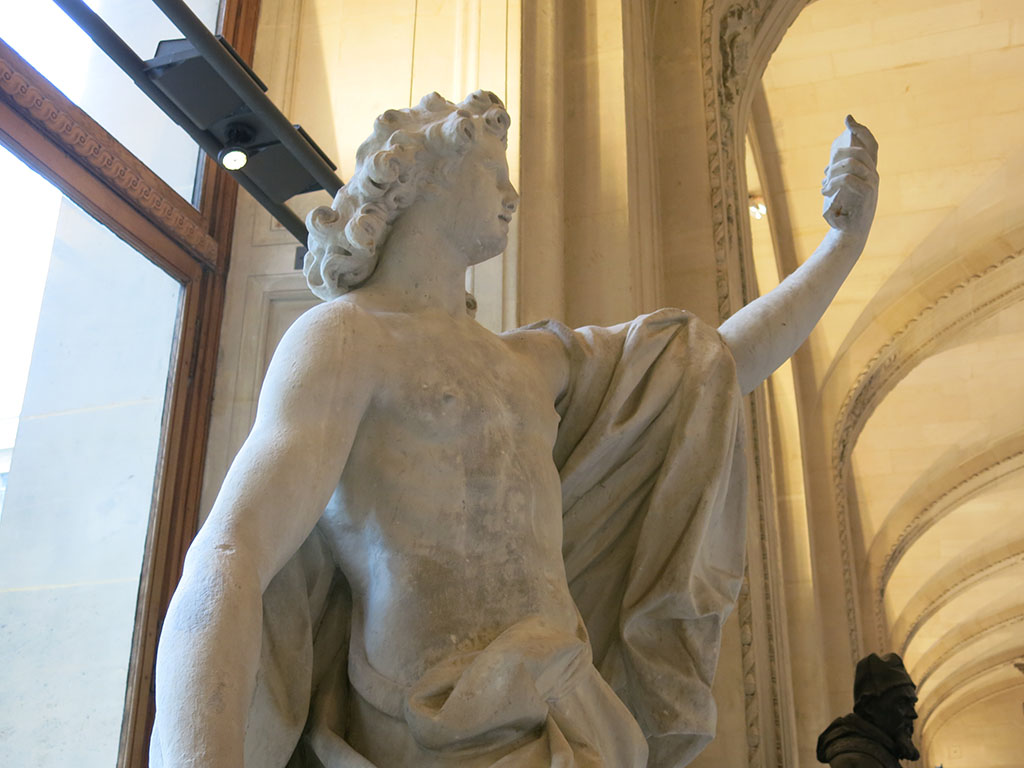 everyone takes selfies around here 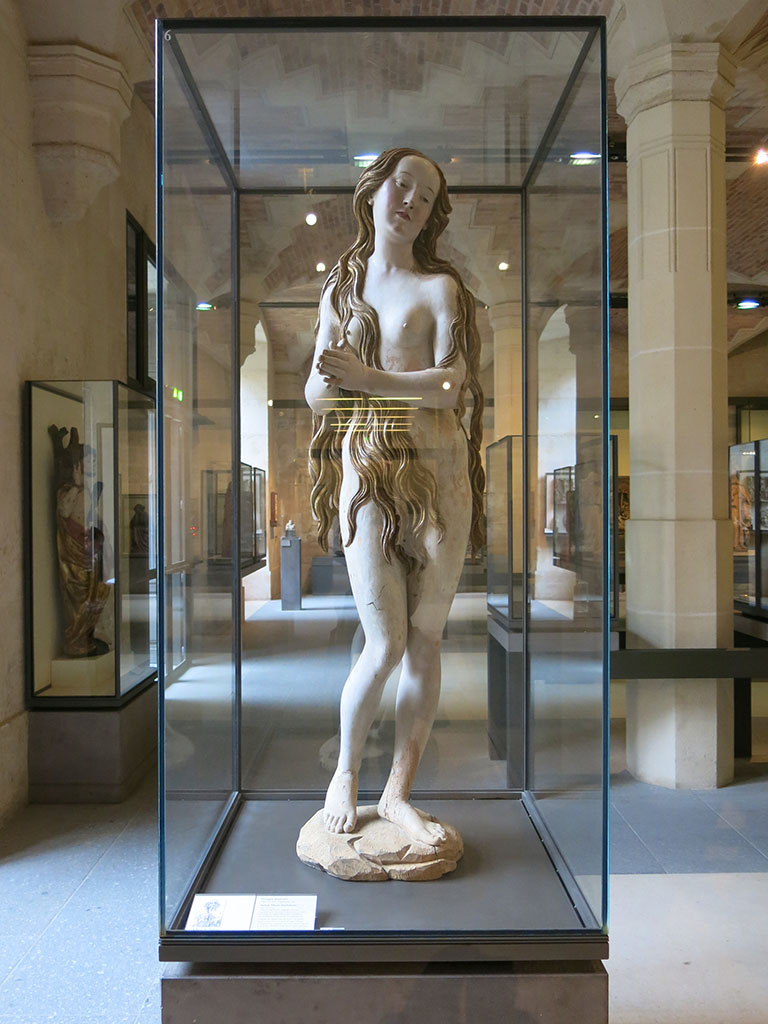 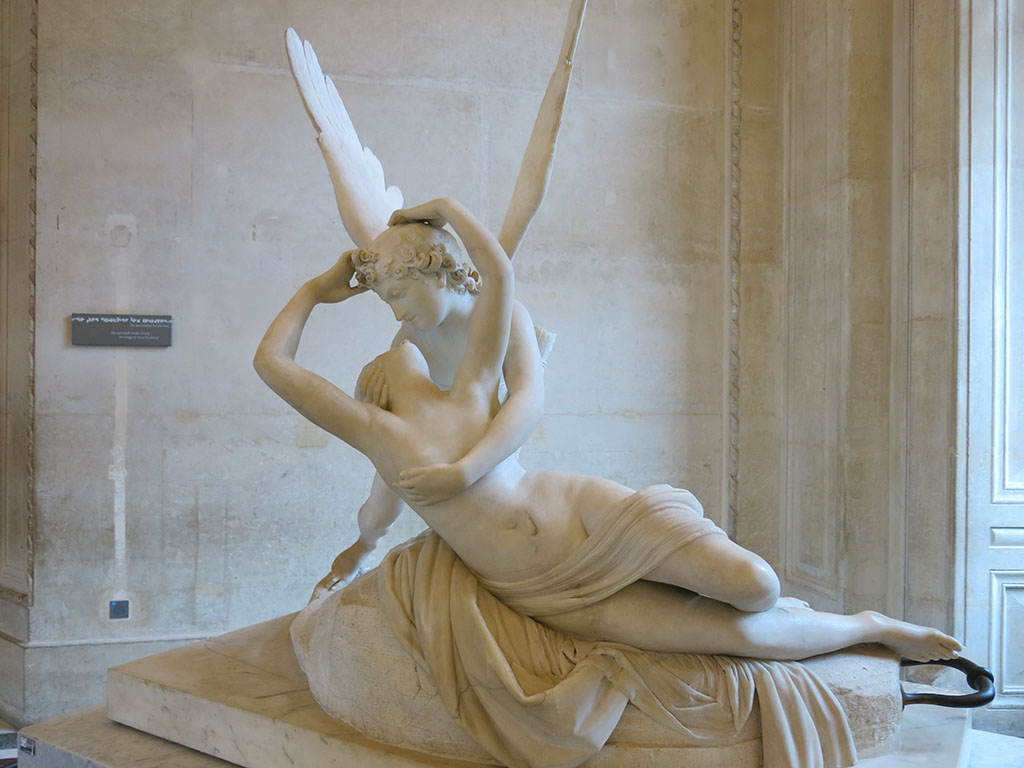 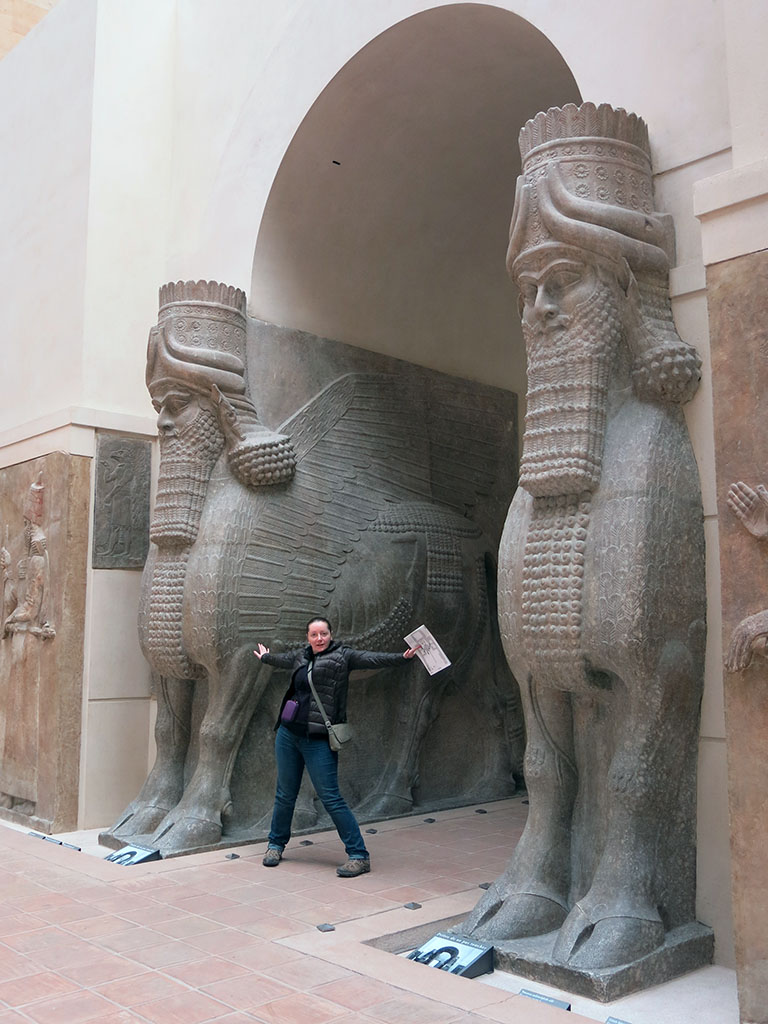 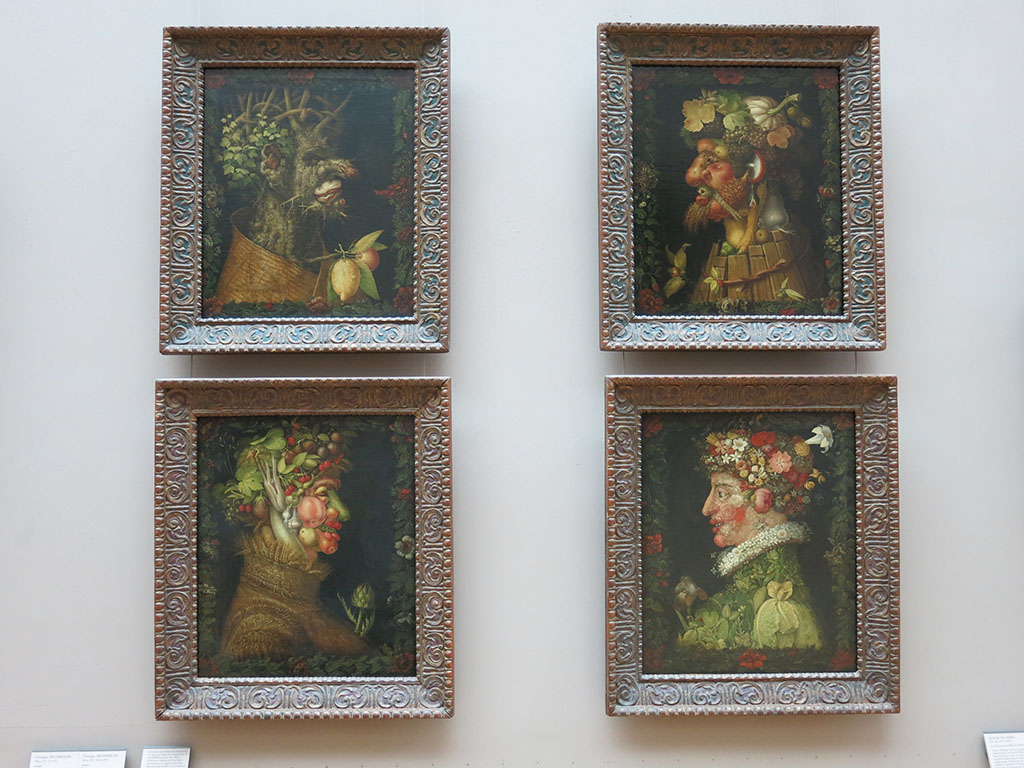 I won’t bore you with all the details, but it was great to just wander through as always. This is the one place I feel as if I could come back to over and over and over again and never get tired of it. 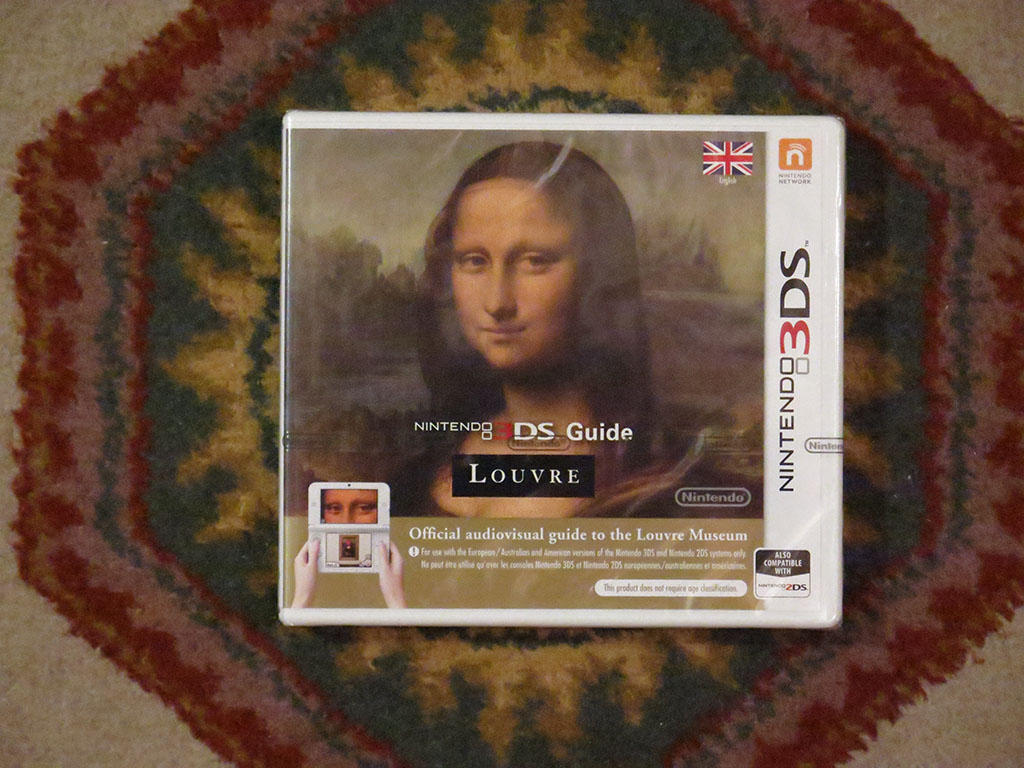 During our time here I had noticed LOTS of people with Nintendo 3DS around their neck. Turns out they are the official guide for the Louvre. No iPods here! It was hilarious to see all these people with their two screens, calling up info. I was stoked to find that I could buy the actual game cartridge! Yes! Of course I grabbed it and will be running my own virtual tours on our return home (damn, I wish I did bring my 3DS with me).

But alas it was a bit after 4pm and we had one thing left on the plan. On Sunday evenings, small organ recitals were held in Eglise St-Eustache, home of the largest pipe organ in France. Why not finish the day with some dramatic pipe organ music? 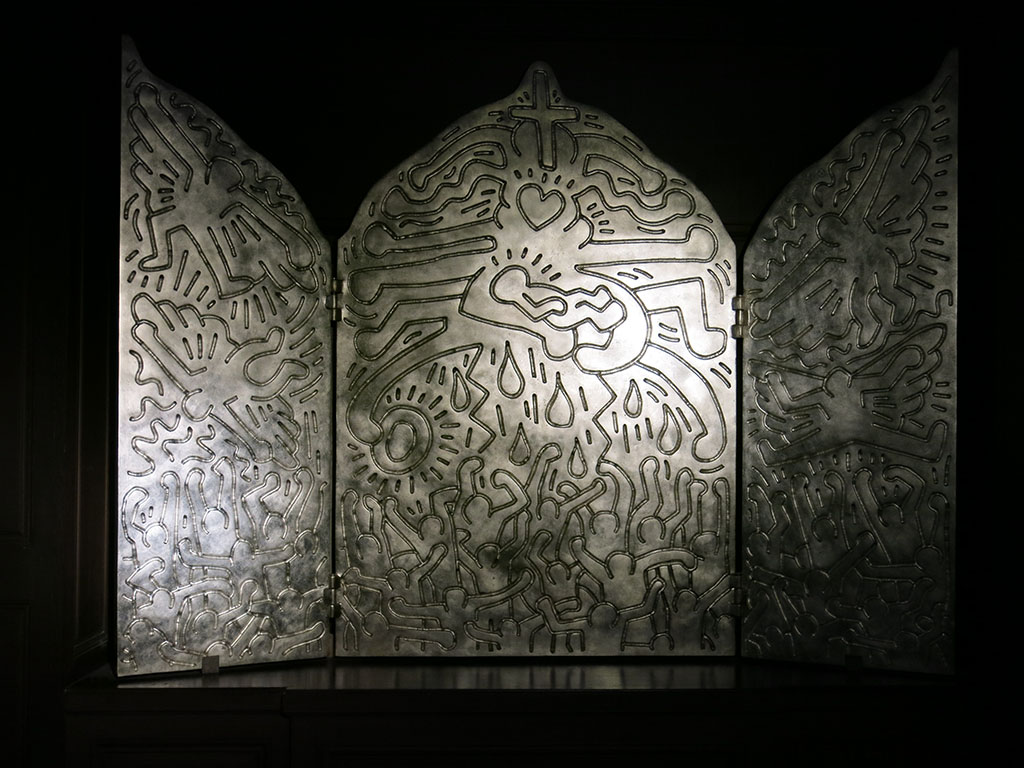 strange place for a harring

Much less touristy than everywhere else we had been (discreet entrance, no security) we wandered in to the middle of a full choral concert in action. We grabbed a seat and soaked up the crazy acoustics inside the building. As it was finishing, we wandered about inside. It was much less ornate than where we had visited, and even had a distinct modern edge. While some Rubens proudly hung, so to did modern works, including a Keith Harring metal triptych. Weird! Last place I thought I would find his work! Intriguing to say the least and a welcome surprise. 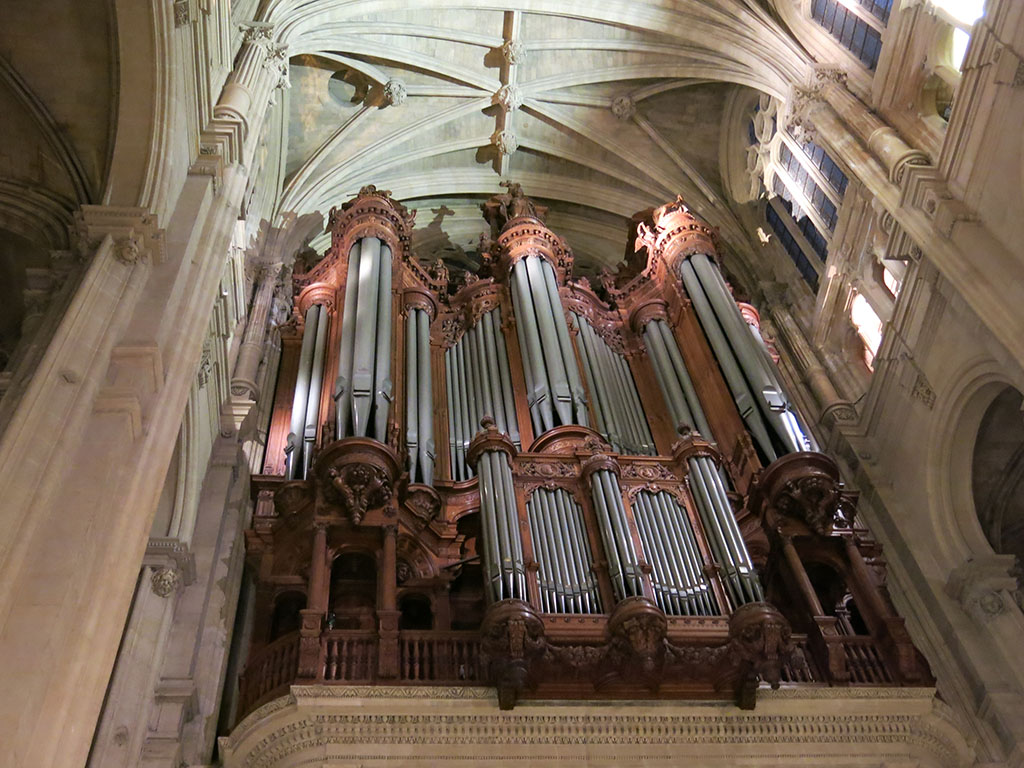 We then settled in for some organ music. As expected, it was over the top and dramatic. Not sure it is my thing… some of it is pretty crazy. But the sheer musicianship to get that thing making noise is something else… all those keys and pedals.

With that we wandered into the brisk Parisian evening. A really delightful dinner in a nearby quintessential cafe was a great finish to the night.