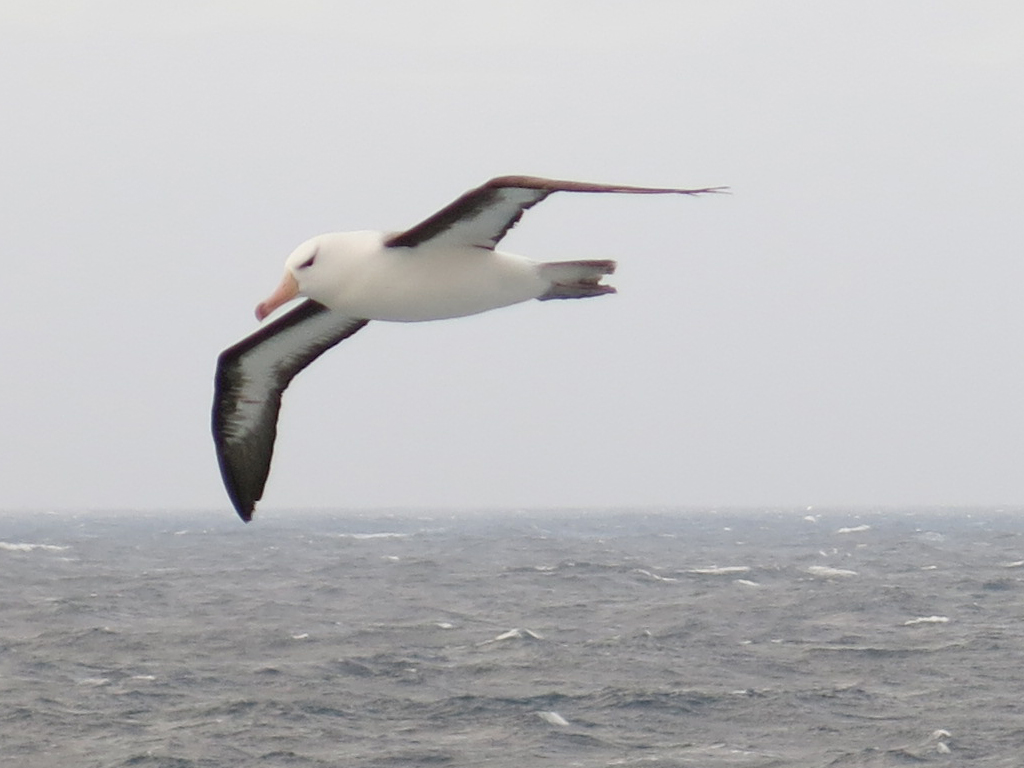 We were told the previous night that our journey on Drake’s Passage was looking relatively calm. Woo hoo! I say relatively, as for an unseasoned sea traveller like me, there was still a lot of up and down. But it must have been soothing, as I had my best night sleep yet since leaving home. It was about 8 hours of almost unbroken sleep. Ahh! I needed that. 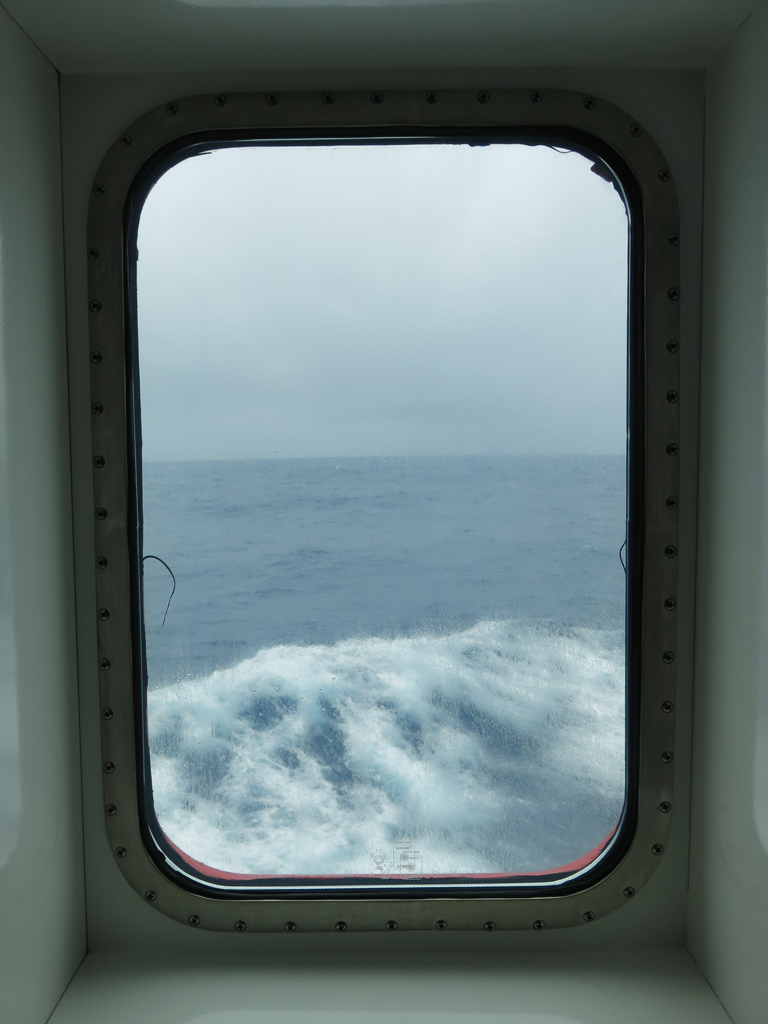 We got up and mobile for our brekky, which again was quite extravagant. I could see myself settling in for muesli and toast within a couple of days of all this eating!

Given today was a “sea day”, meaning we just had a whole day of open water ahead of us, the day was scheduled with lectures, zodiac briefings, and kayak setup. First up was a lecture on the sea birds we would be seeing in the next day or two. While this side of the wildlife doesn’t interest me nearly as much as what’s coming, it was good to be a bit more informed. And lo and behold just after the lecture, we were greeted with some wandering albatrosses flying along side the boat. The largest of the sea birds they have a 12 foot wing span. So graceful too. Hopefully I could get a good photo later on.

At 11:30 was another lecture, this time by the ships resident photographer. She gave a great seminar, using her own spectacular photos to demonstrate both some key photographic principles, and also some tips for shooting in the Antarctic. Being photographer in resident on trips to Antarctica… not a bad job if you can get it hey?

After lunch (looks like I am going to be eating a LOT on this trip), it was time to get suited up for our kayaks. no, not heading out yet, but getting all our gear together so when it arrives we would be good to go. A bit of Kate’s fear became alleviated as we got comfortable, and also as some of our kayak group asked some pretty fundamental questions that even we knew. Looks like we won’t be the least experienced! 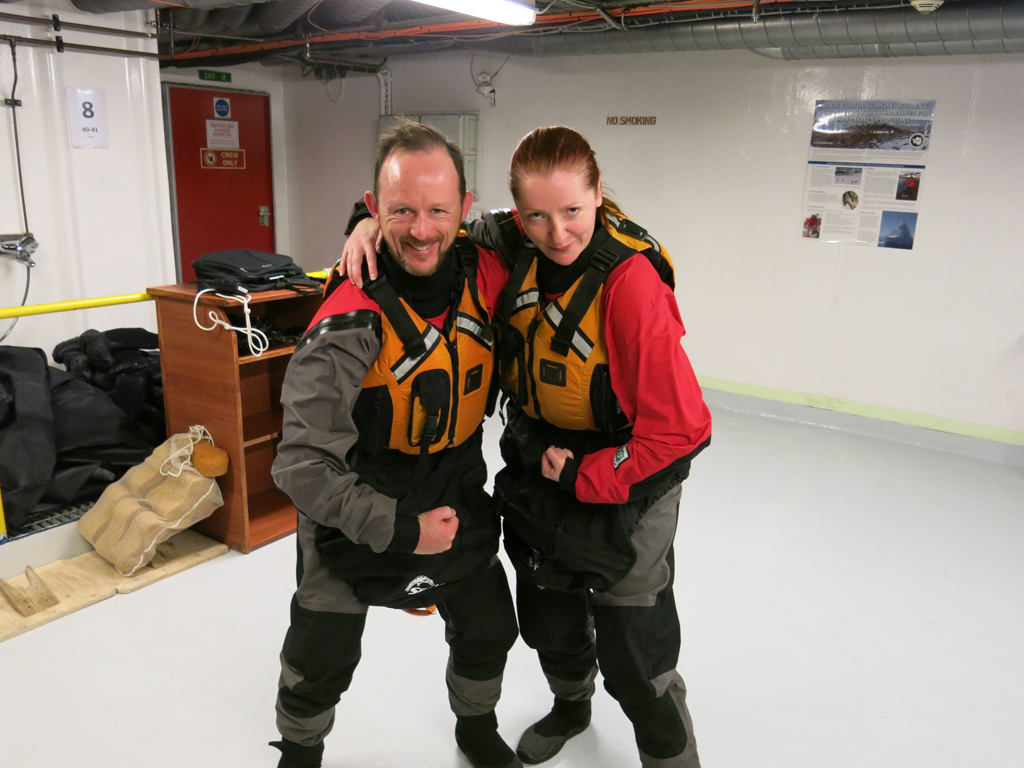 It was fun getting all suited up and got us super excited. Although getting in the gear is a bit of a chore, we totally knew why we had it all. The hot mud room where we would gear up made us sweat though… so much we would be looking forward to getting out into the Antarctic cold 🙂

With no time to rest our brains, it was straight into another briefing, this time to understand our responsibilities in heading on to the Antarctic continent. Given it is such a pristine environment, everyone takes it very seriously in keeping it that way. While a lot of it was common sense, I guess in today’s day and age it needs to sadly be said.

During this we also learned all about the zodiacs that would be taking most people out and about (and us just sometimes when we are not kayaking). Given we would be VERY close to almost freezing water, again it was all taken very seriously by the crew.

There was only one more thing to sort out during the afternoon, and that was to get our boots to be wearing out and about on the ice. A quick second visit to the mud room had us all sorted. Phew! What a day of getting ready for our arrival, looking likely tomorrow given our smooth trip on the passage so far.

Speaking of Drake, by all accounts our sailing has been very smooth thus far, and to me as a novice it certainly seemed so. Yeah, we had been bouncing round a bit, but no one really seemed to be getting too upset by it all. It was only around dinner time that we hit a rougher patch. Even then it seemed to only last an hour and we were back to normal. The staff were even calling it the “Drake Lake”. 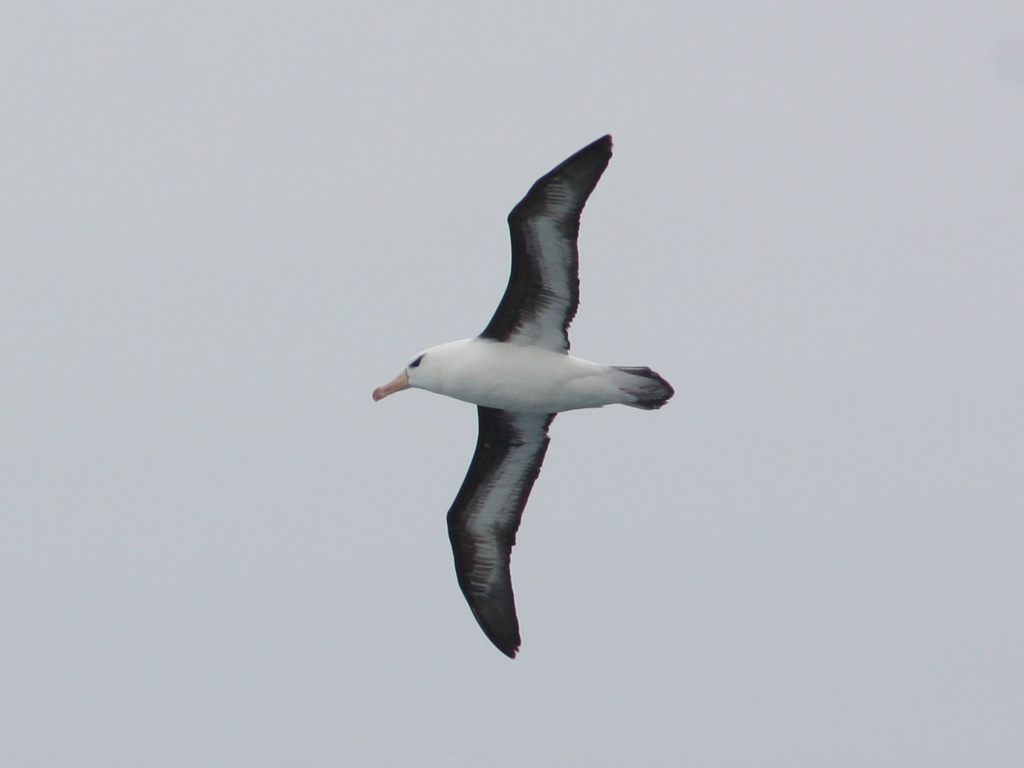 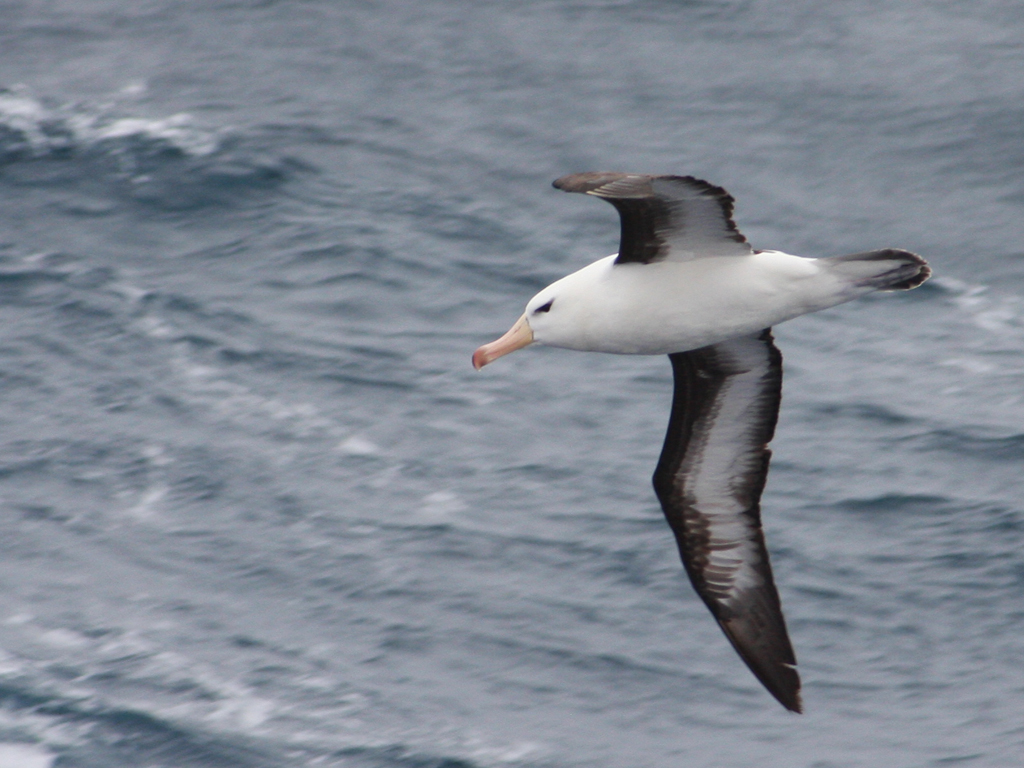 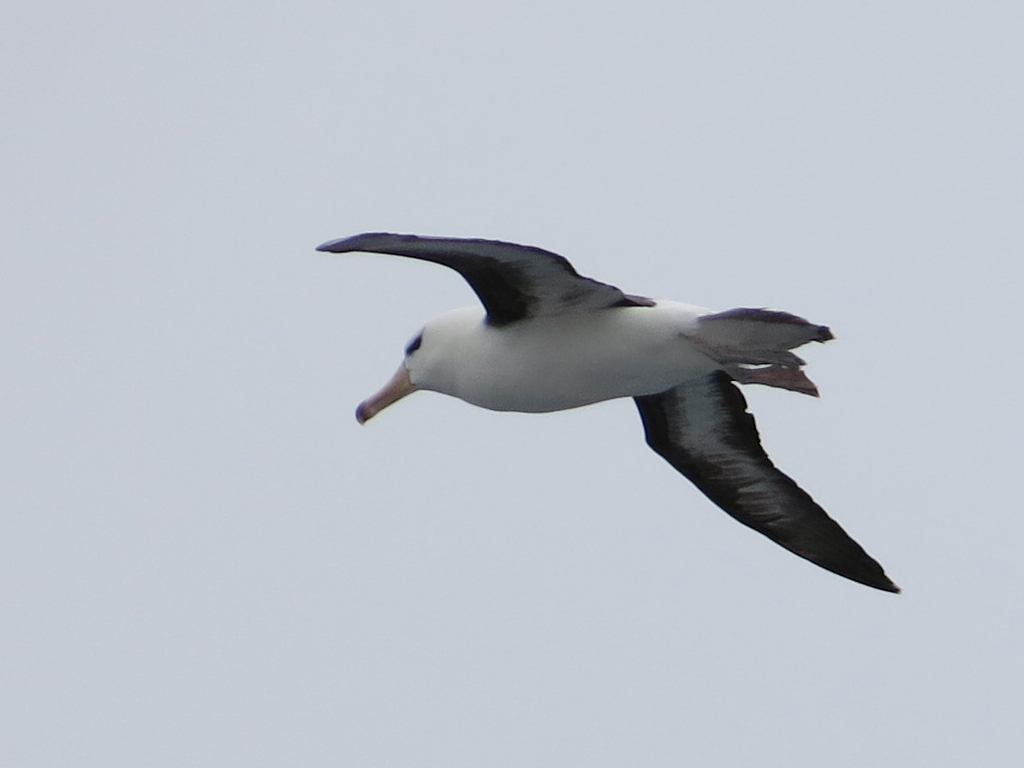 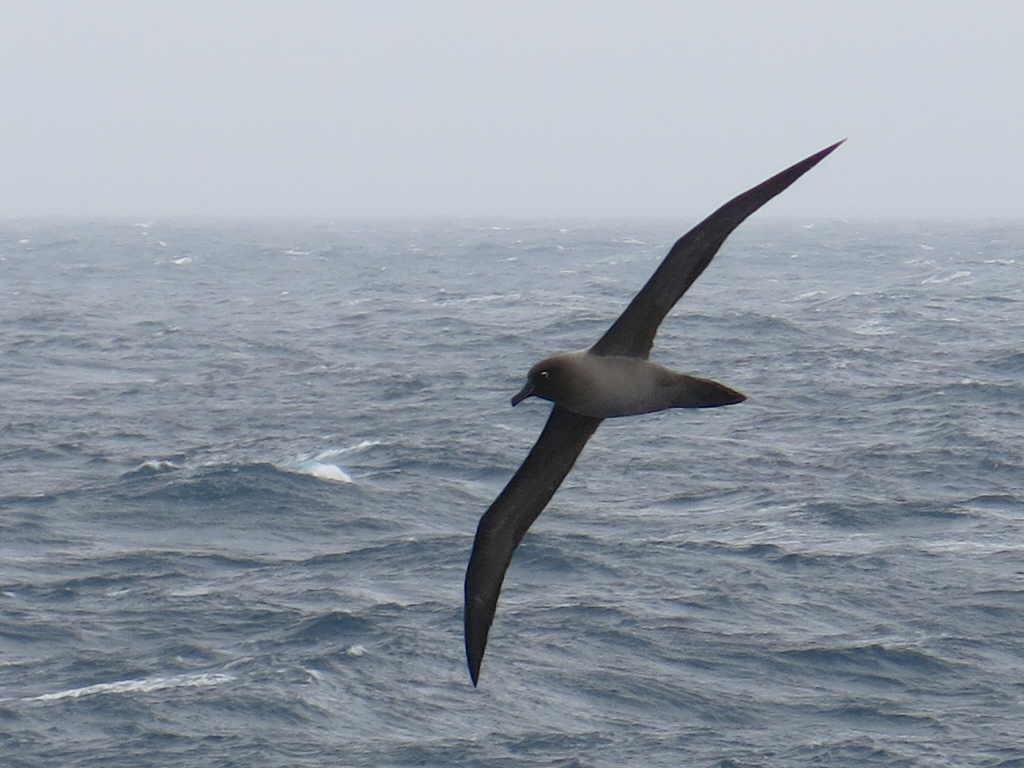 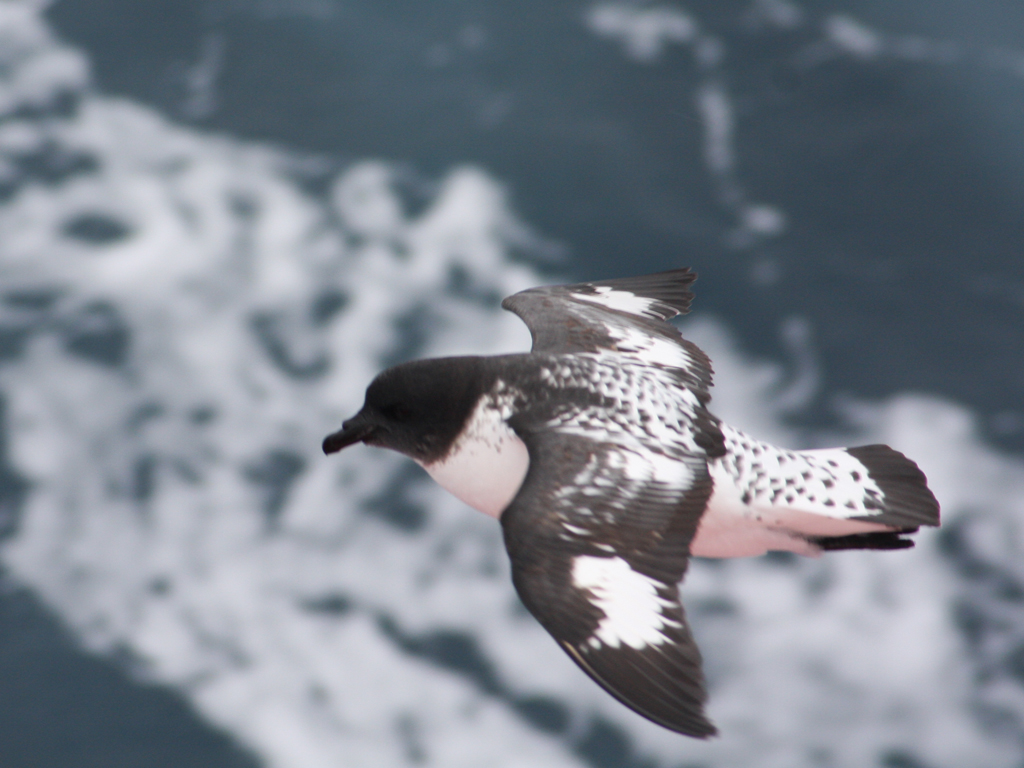 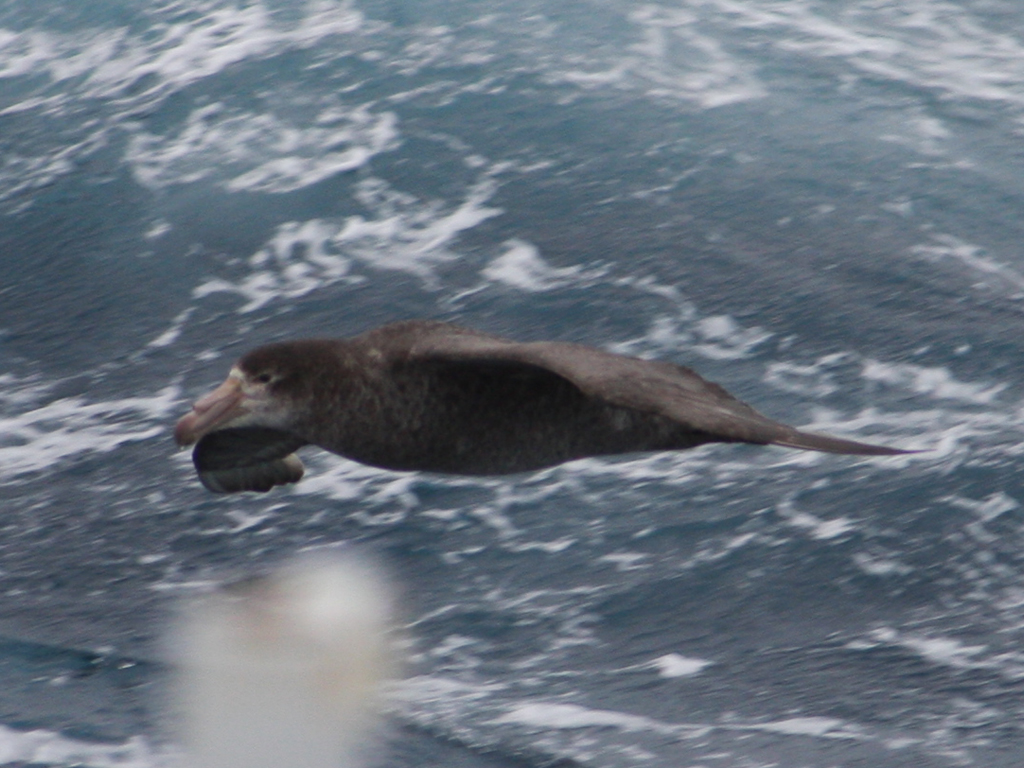 There was a bit of a collective on the back deck doing some bird spotting so Kate and I joined them to check it all out. We were getting a little wet, but the collection of sea birds following us made getting a little damp worth it. We got to see a few different types of albatross which was most exciting, including one that is a bit more rarely seen. While not much of a bird guy, to see the albatross circling gracefully was a kick.

After some pre-dinner G&T’s, and a bit of dinner, I headed out to the back of the ship to do some more bird watching. The rain had disappeared and it was all blue sky, so it was much more pleasant, and we still had the great bird life hanging about. I could have stayed out there for ages, but it was a bit on the chilly side, and it was time to settle into the bar and soak up some tunes by the ship musician (yep, the ship musician). How could I not when my red beanie prompted a Steve Zissou / David Bowie song in my honour?

With the sun still up, but 10pm hitting, it was time for some rest. I could have stayed up a bit longer, but given things are only going to get more hectic from here on in, it was best to grab some rest while I could.