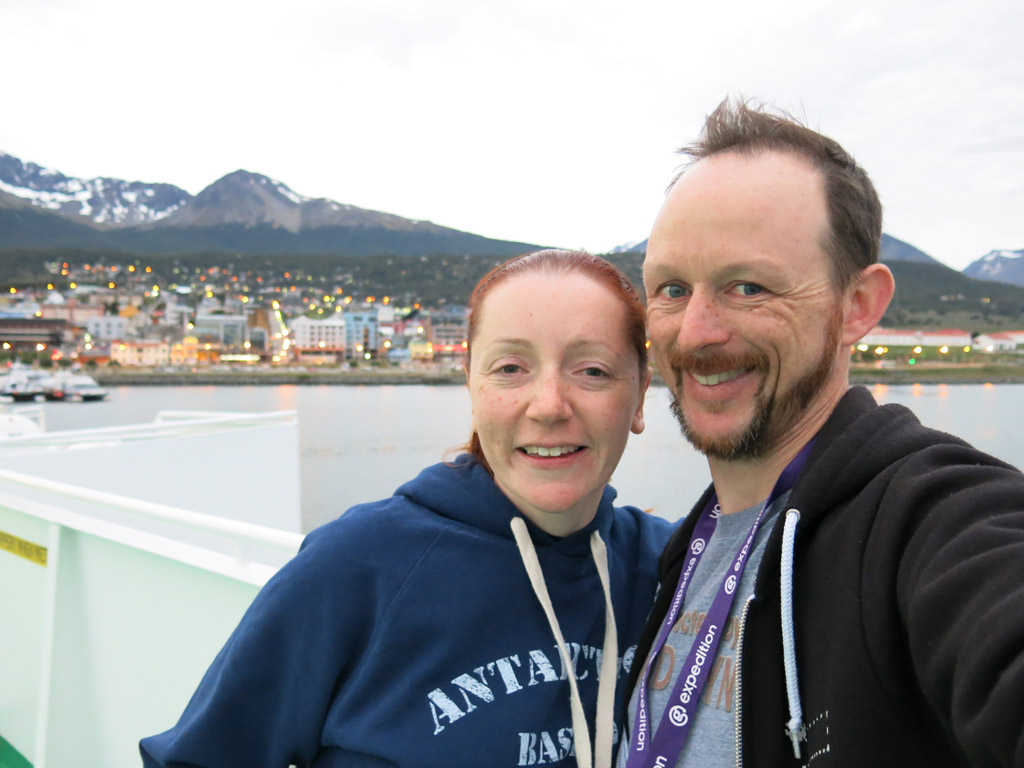 The day kicked off with the familiar wake up call from Jonathan but nice and early. 6am to be precise. Bags were outside the cabin, and there was little left to do but have breakfast, say goodbyes, and disembark. It was strange saying goodbye to everyone, and there were hugs all round with all the staff. It does legitimately seem to mean a lot to them that they have this job and do make a connection with many of the passengers. 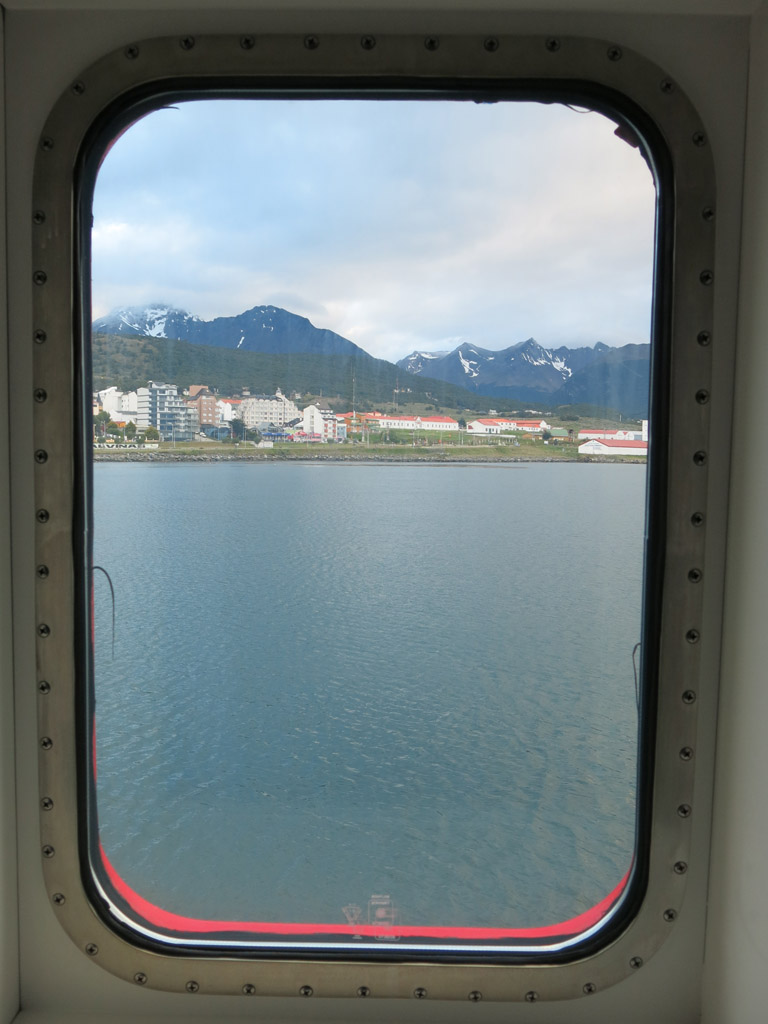 the morning view is not nearly as exhilirating

Our flight was not until 3pm, so we had the morning in Ushuaia. There was not much to see or do that we hadn’t already, so the day was simply going from one cafe to the next to chill out. We kept bumping into both crew and other passengers which made for a strange, and almost anti-climactic end to the trip. 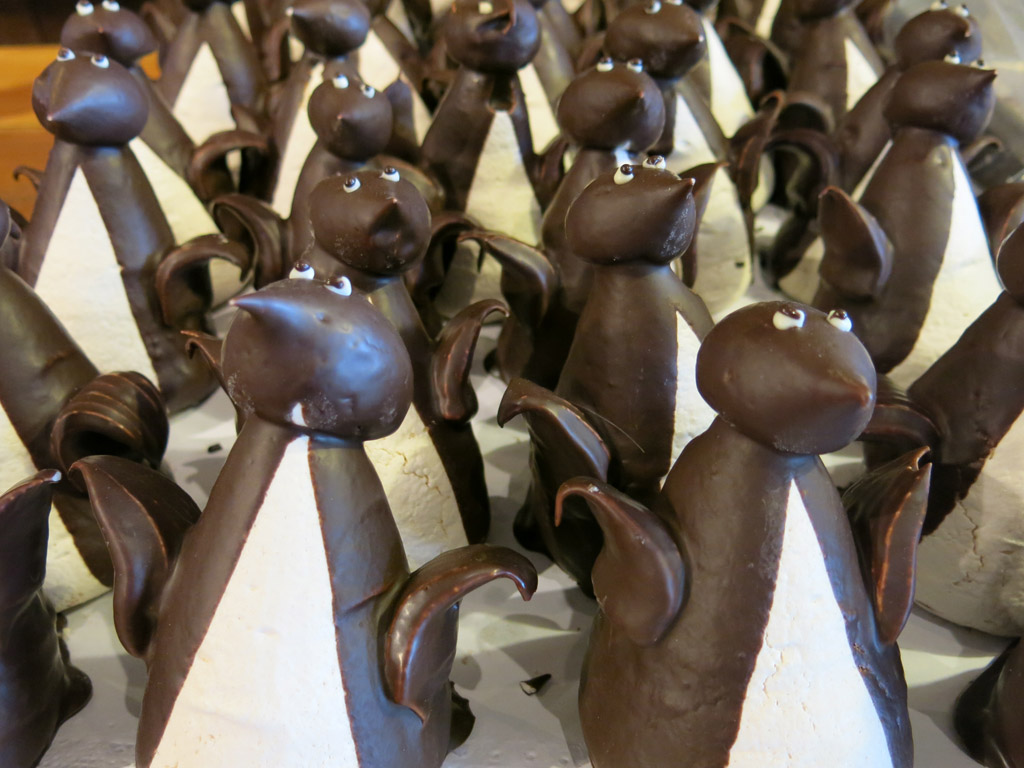 It came time to get on our shuttle to the airport, where we were greeted with the Argentine efficiency were were seeing a bit. For a small airport, it sure was a loooooong queue. We got to the airport about 2.5 hours ahead of time, and it seemed that some of our group only just made the flight. Oh well, we were now all Buenos Aires bound. Antarctica was officially all done.

Kate and I originally had dinner reservations for the night, yes another big steak dinner, but alas our flight was rescheduled while we were on the boat and pushed back a couple of hours, so sadly we couldn’t make it. Booo. Seems they are happy to change the times of flights happily enough over here. Makes planning a difficulty.

So we went straight to our hotel near the airport where we were both exhausted anyway. Try to get a good nights sleep before our morning flight tomorrow to our final Argentine destination.