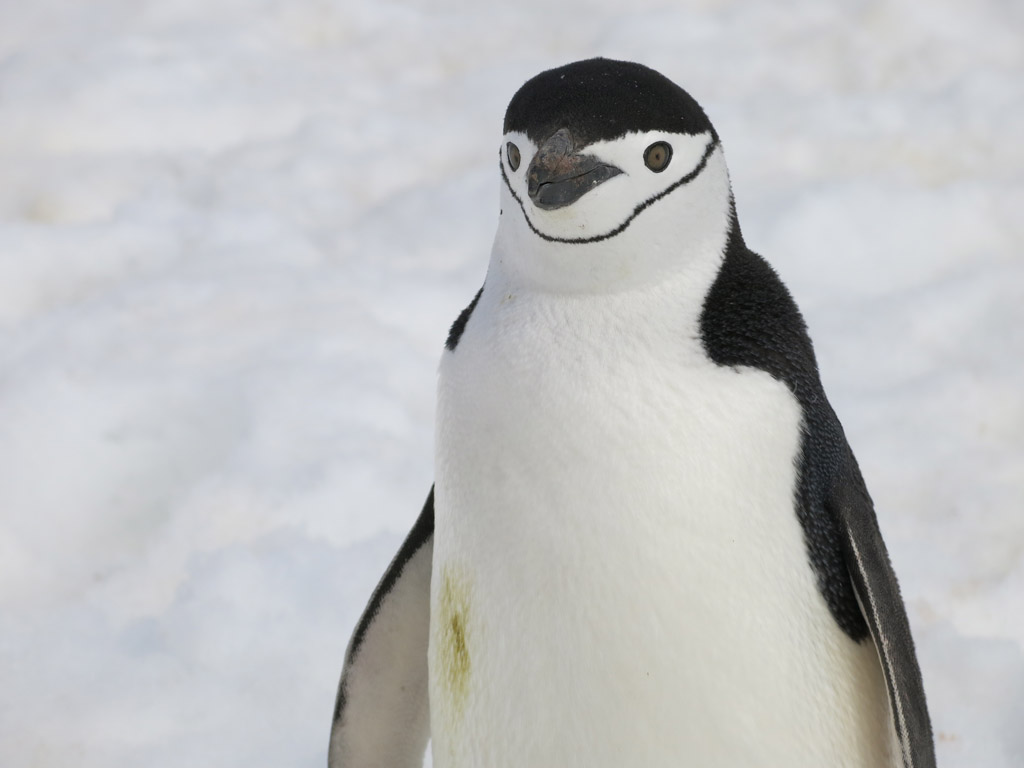 The next morning greeted us with a little bit of travel during breakfast before arriving at Kinnes Cove. Like a lot of what we were seeing, brash ice was all about, as were the usual icebergs and penguins. The overcast day was performing some magic on the icebergs, accentuating the magnificent blues in them which was a treat as we dropped anchor.

Kinnes Cove was home to the usual Gentoo and Adelie penguins, although there seemed to be the chance we would see some Chinstraps as well. Given I had only seen a couple of rogue ones about, it was a bit exciting.

The morning kayak briefing was business as usual… conditions were good, there would be ice to battle, and we had a good 3 hours to spend on the water. So in no time it was back in the mud room and suited up. 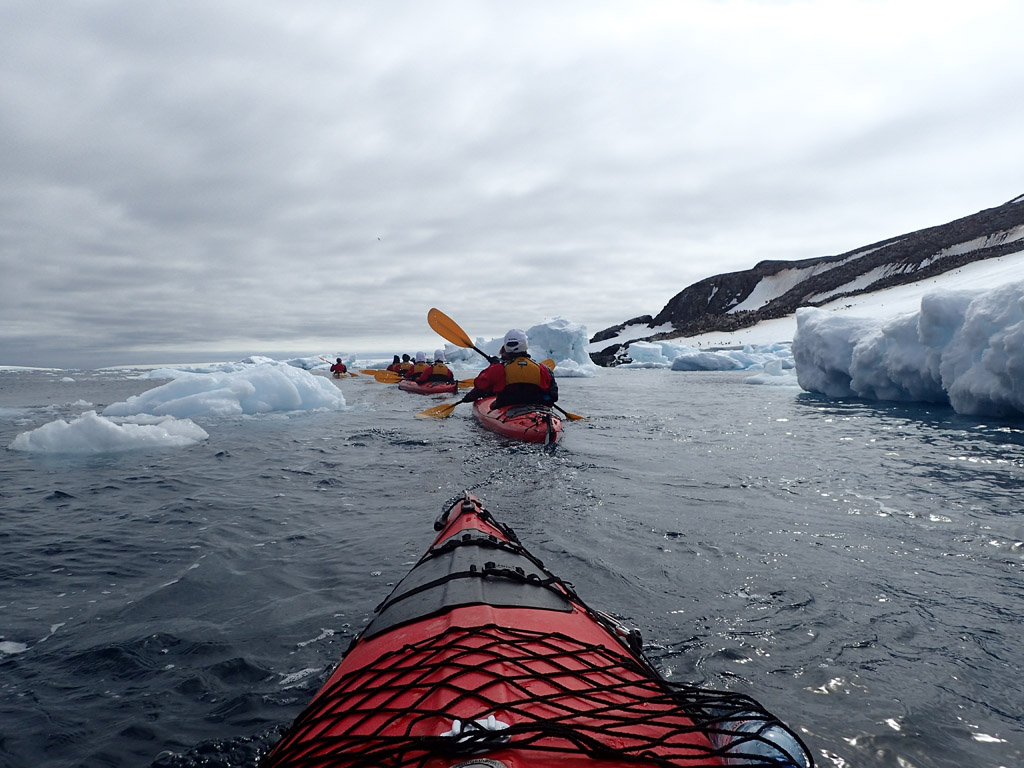 As we headed out the conditions were a little windier than we had had to that point. Not too bad, but a touch more challenging. The kayaking was mostly getting about the ice and small icebergs that were in the cove. I tried popping the GoPro underwater to try and capture the amazing iceberg bottoms (and hopefully spot the odd penguin swimming about). 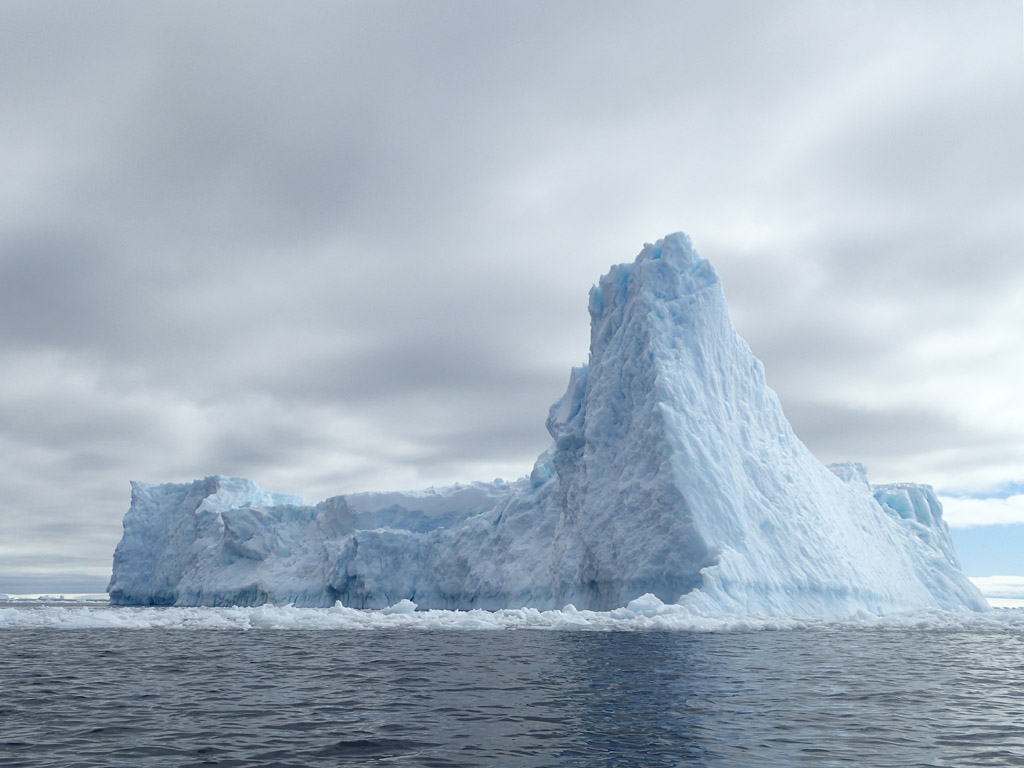 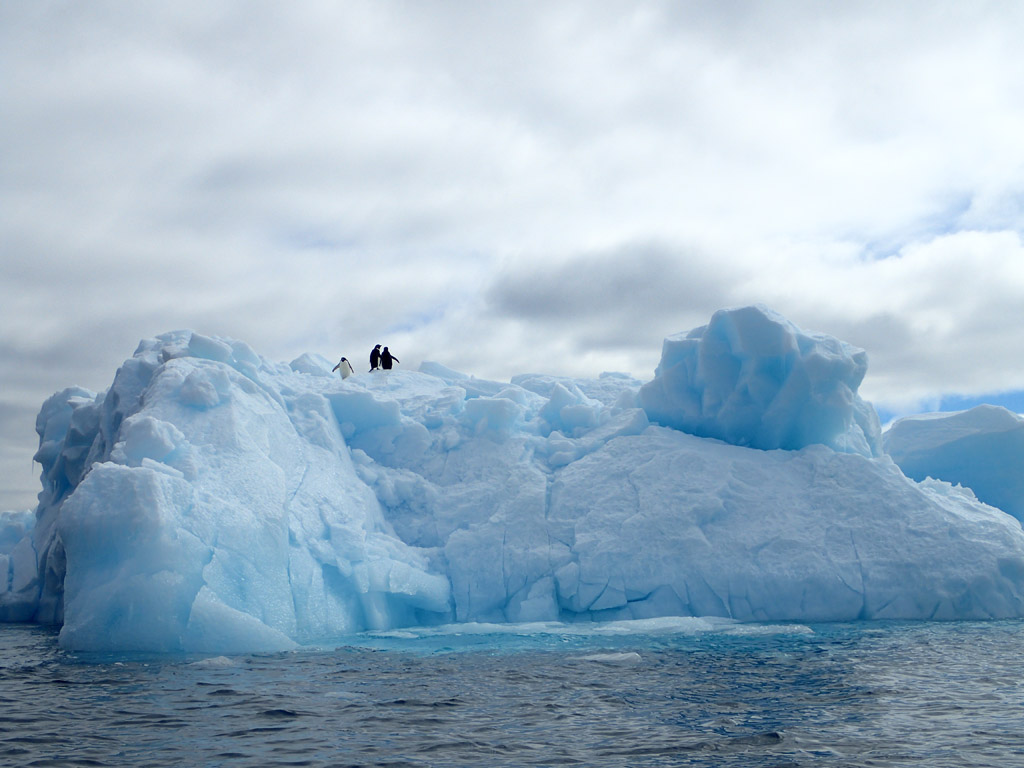 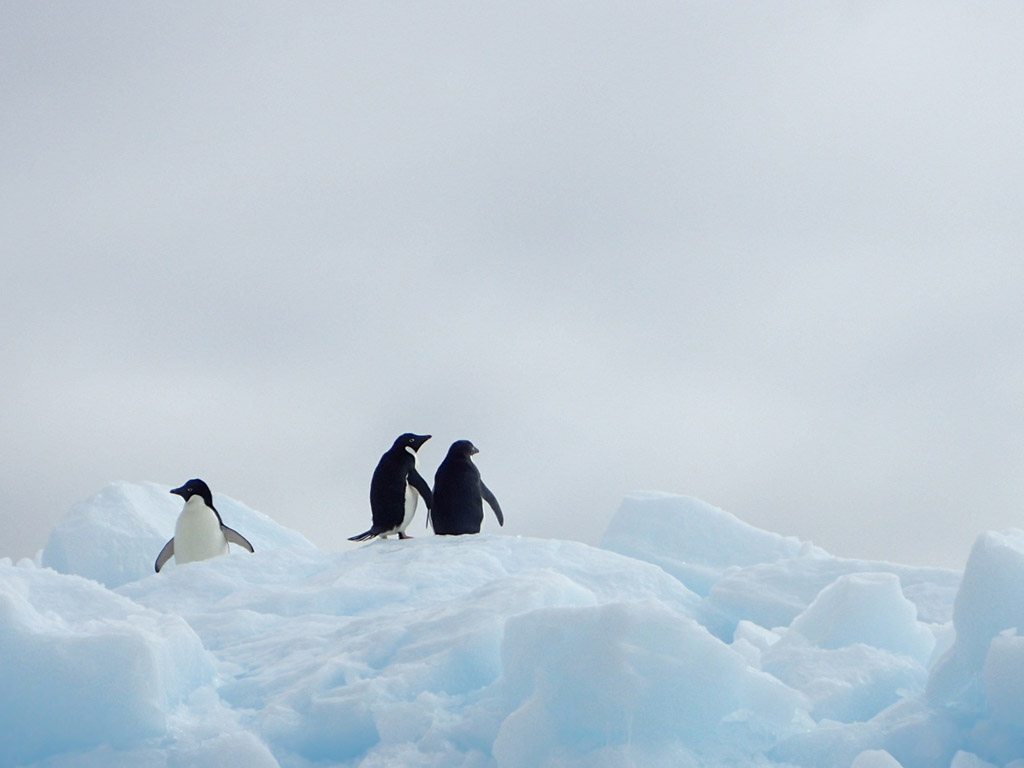 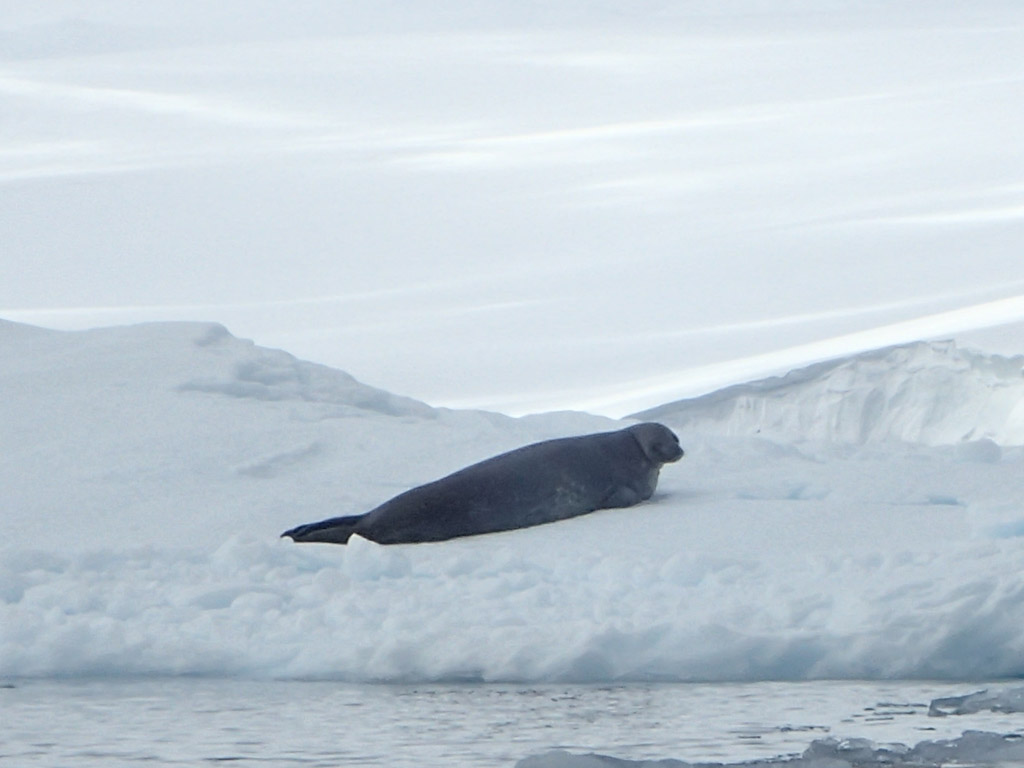 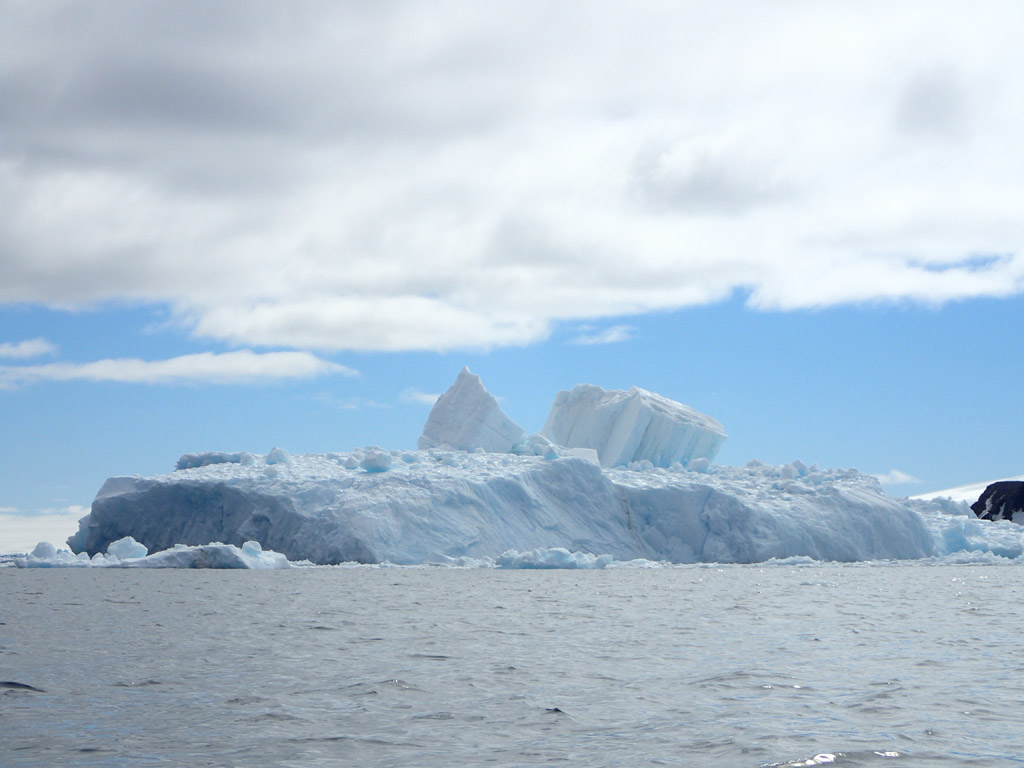 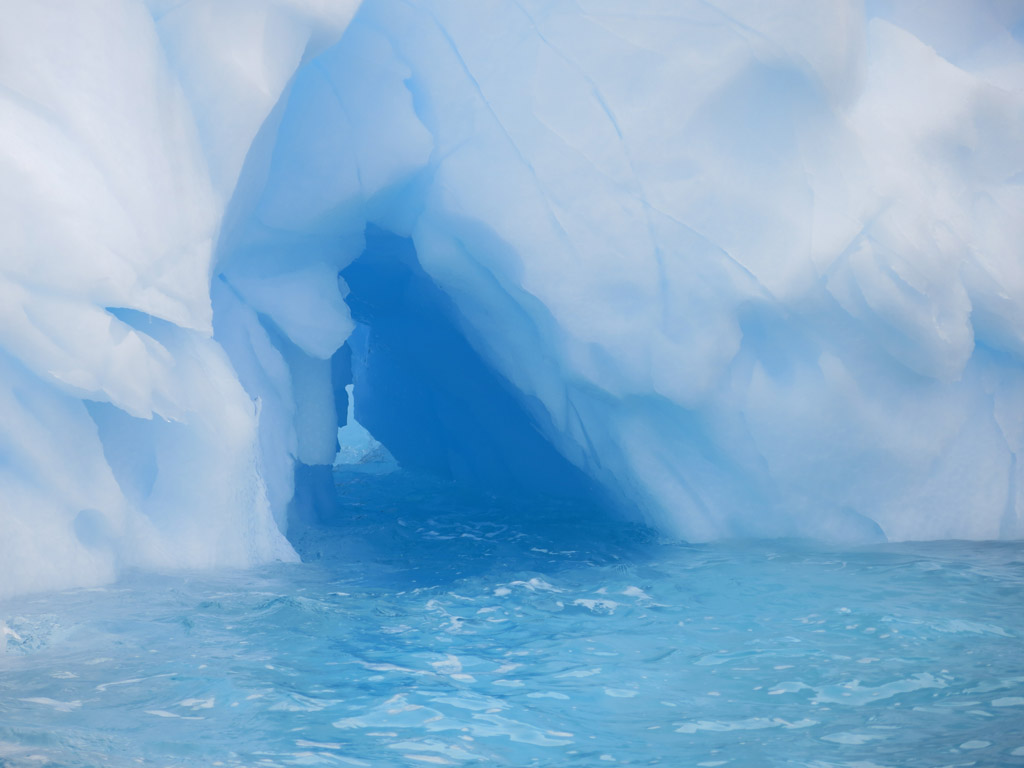 As we navigated about the ice, we came across penguins on icebergs, but also a Weddell seal with a young pup. The pup was on the iceberg when we saw the mother pop up out of the water and on to the iceberg. They were a bit hidden so we couldn’t seem them too clearly, but it was nice to see a seal in action rather than just lounging on a beach. 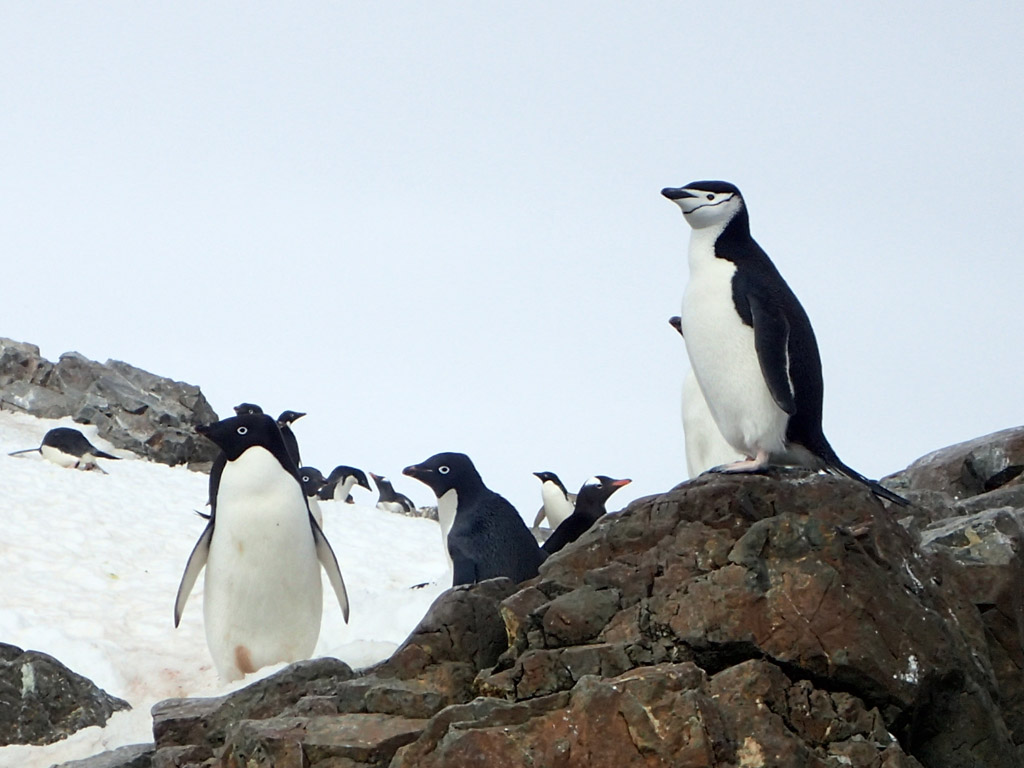 penguin bingo! (one of each type in there) 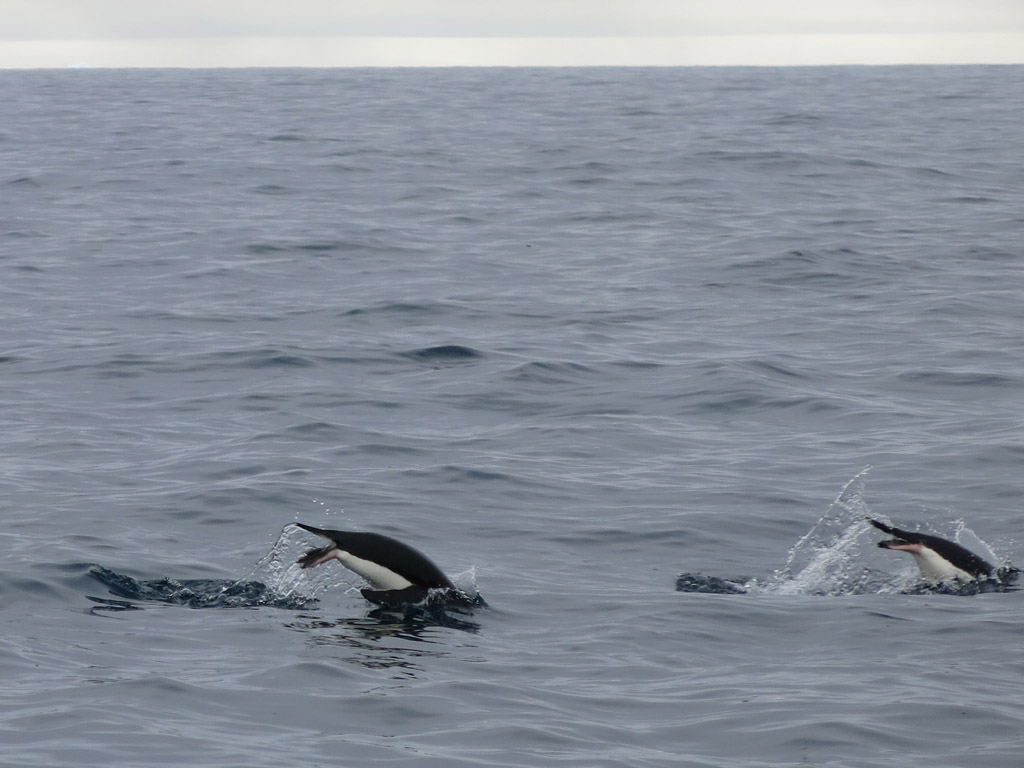 The rest of the kayaking time was pretty leisurely as we darted as close to the coast as we could get. We got close to some penguin colonies, but alas we found only one Chinstrap surrounded by Gentoos and Adelies. Our collective of Chinstraps was still alluding us.

We hit about two and half hours of kayaking when the wind turned around and found us a long way downwind of the ship. Mark made the call that we wouldn’t be able to get back to the ship in any reasonable time, so the zodiacs were called in to help.

So excitingly we had to pull up alongside our zodiac, unpop the skirt, and clamber into the zodiac over the freezing waters. It was a pretty easy process in the end. 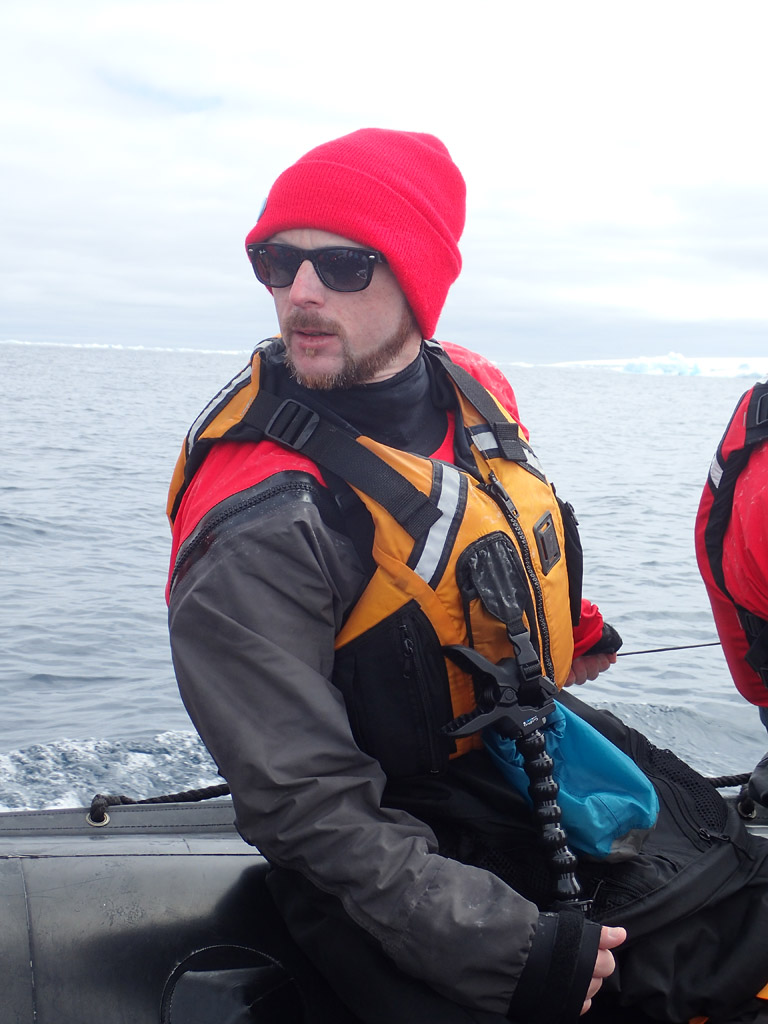 guiding the kayaks back

With that we attached four kayaks to the back and zoomed to the ship. It was a bit precarious, as the ice caused havoc trying to keep the kayaks right way up. In fact our kayak (named Minke) overturned a couple of times but we were able to right it, get most the water out, and make it back.

Lunch was ready for us (as always) and yet another big lunch led to a couple of hours of cruising to our next stop, Gourdin Island. This was apparently one of the most difficult places to land in Antarctica, due to it being right near the entrance to Drake’s Passage and being notoriously horrible weather. But as we continued to ride our good luck we had great, albeit choppy, conditions meaning we could land. 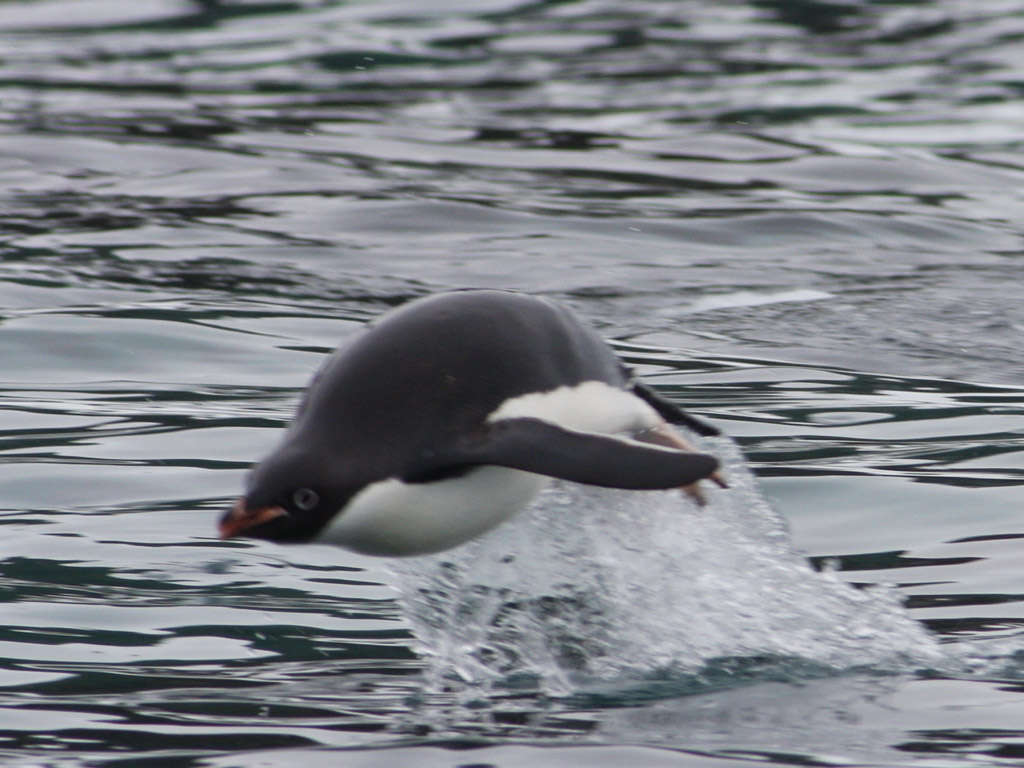 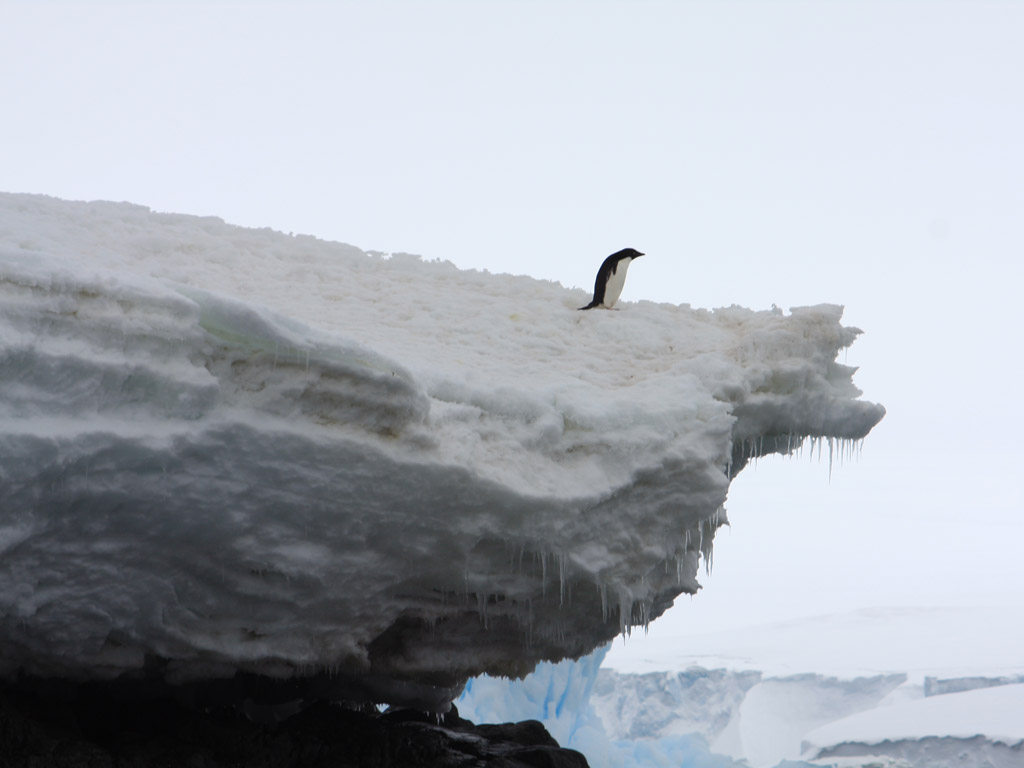 The attraction of Gourdin Island is that three types of penguin happily coexist: the Gentoos, Adelies, and also lots of Chinstraps. Woo hoo! We did have the option to kayak, however they were just going to be going on a short kayak around the island, and given the Chinstraps and the choppy waters, we decided to and on shore. 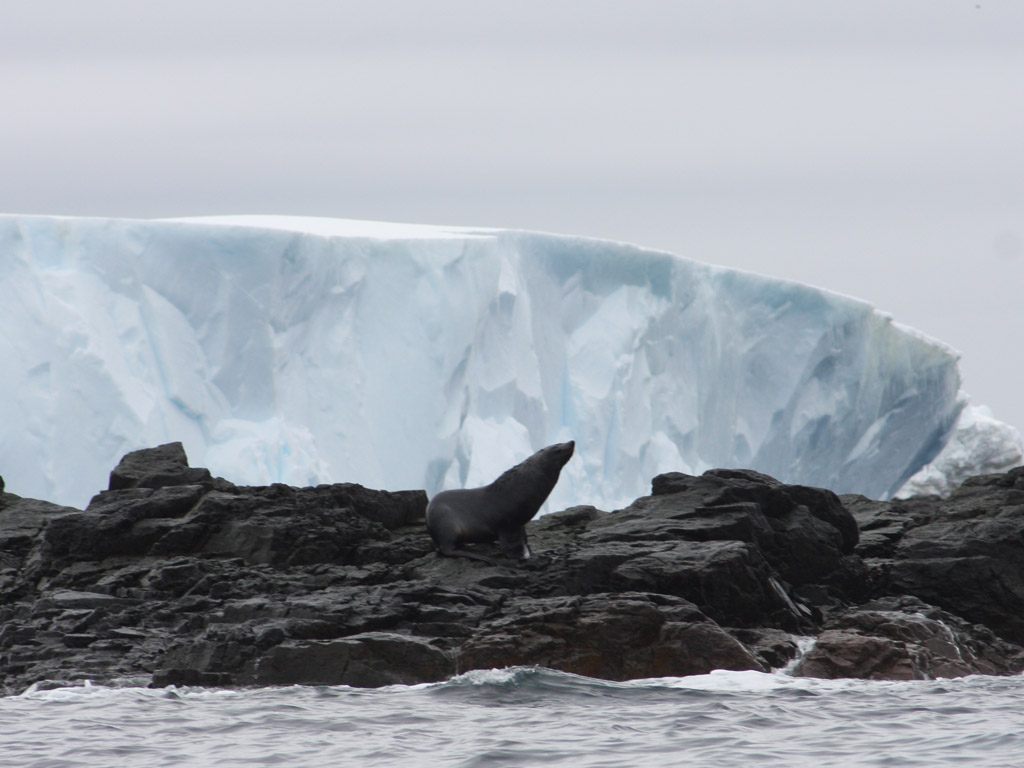 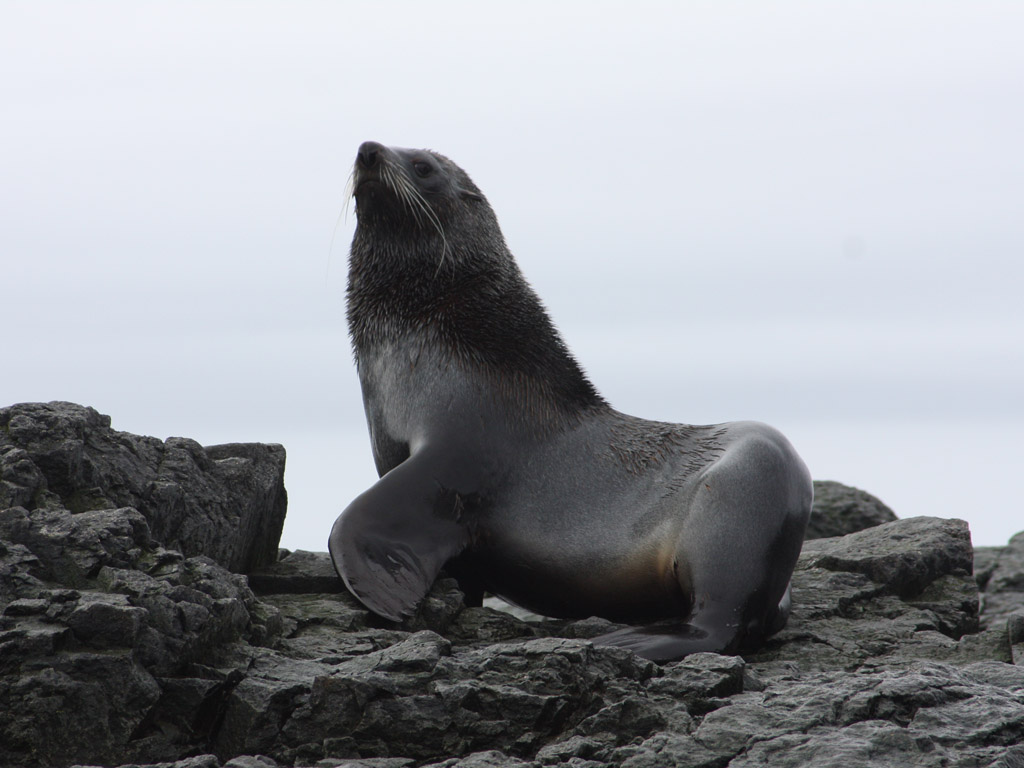 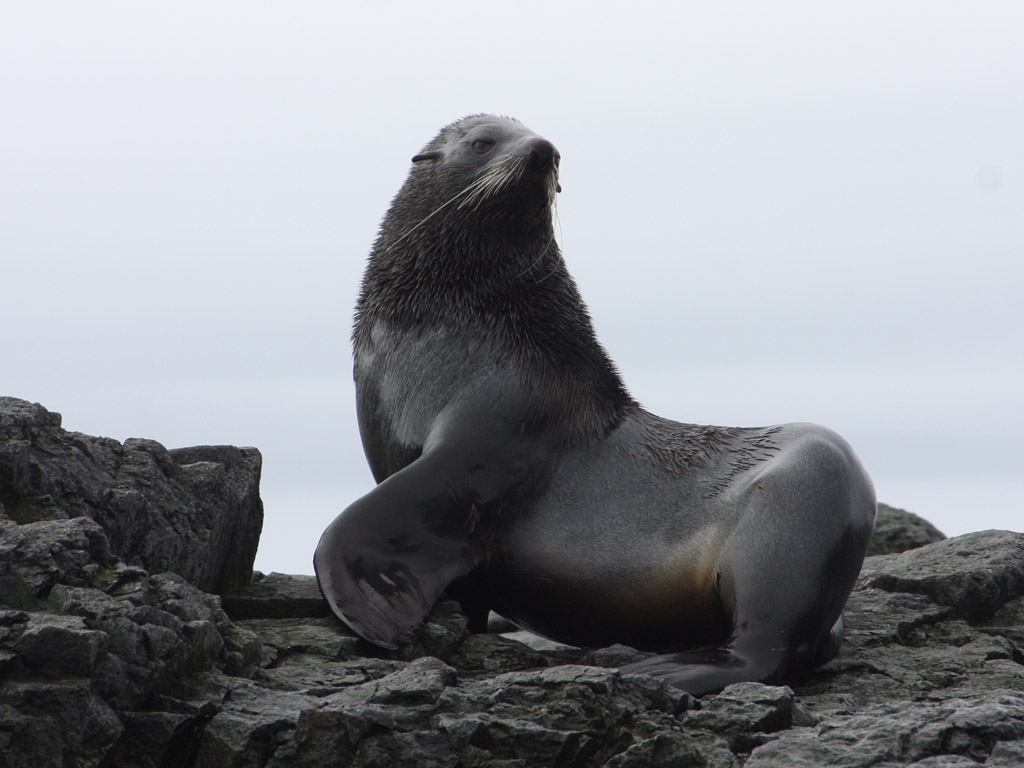 We were so glad we did. On the zodiac ride there we got to come face to face with a large Fur seal, happily showing off on a rock near the landing point. He was happy just to sit there and pose for photos. He did look majestic up there, that’s for sure. 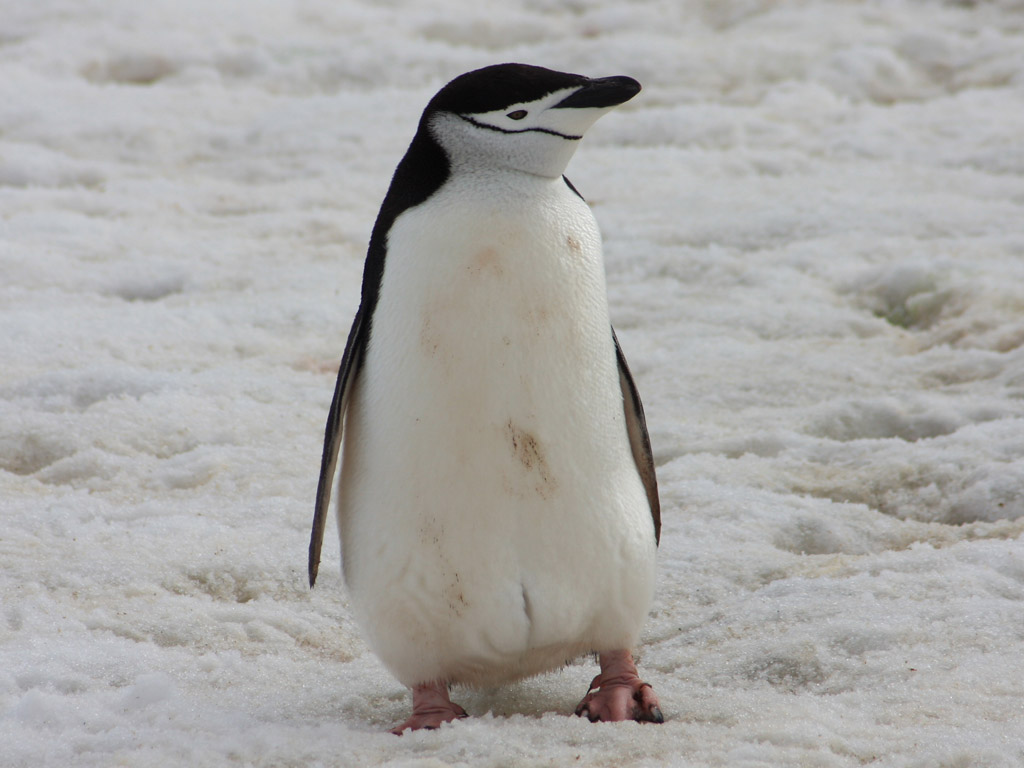 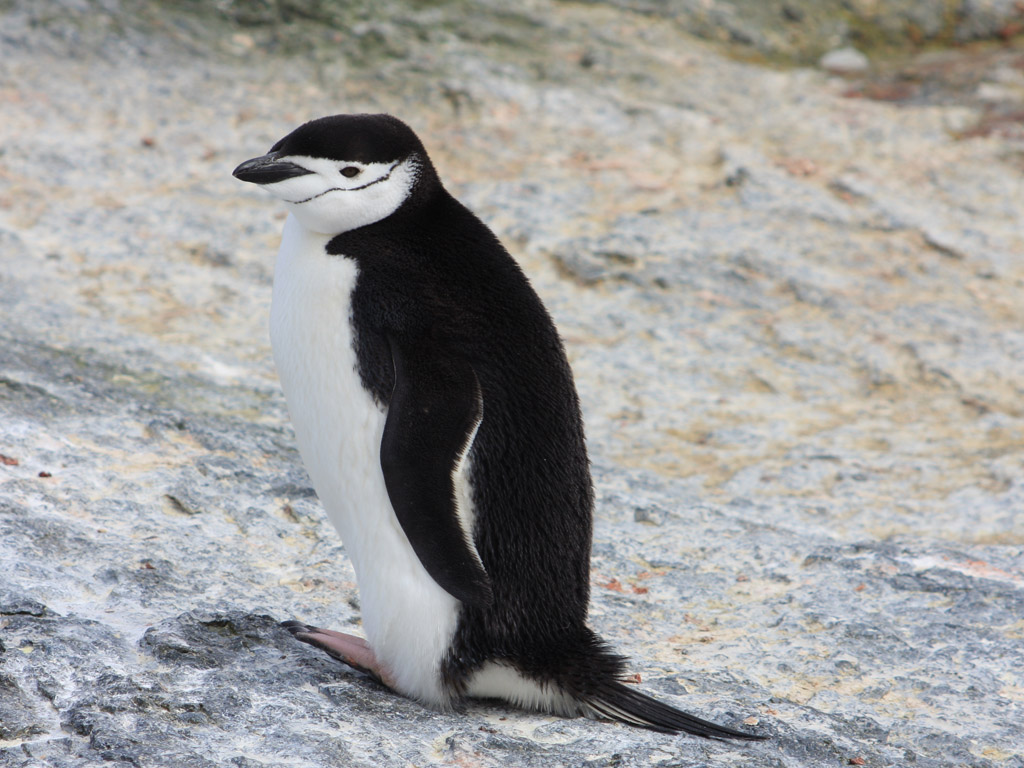 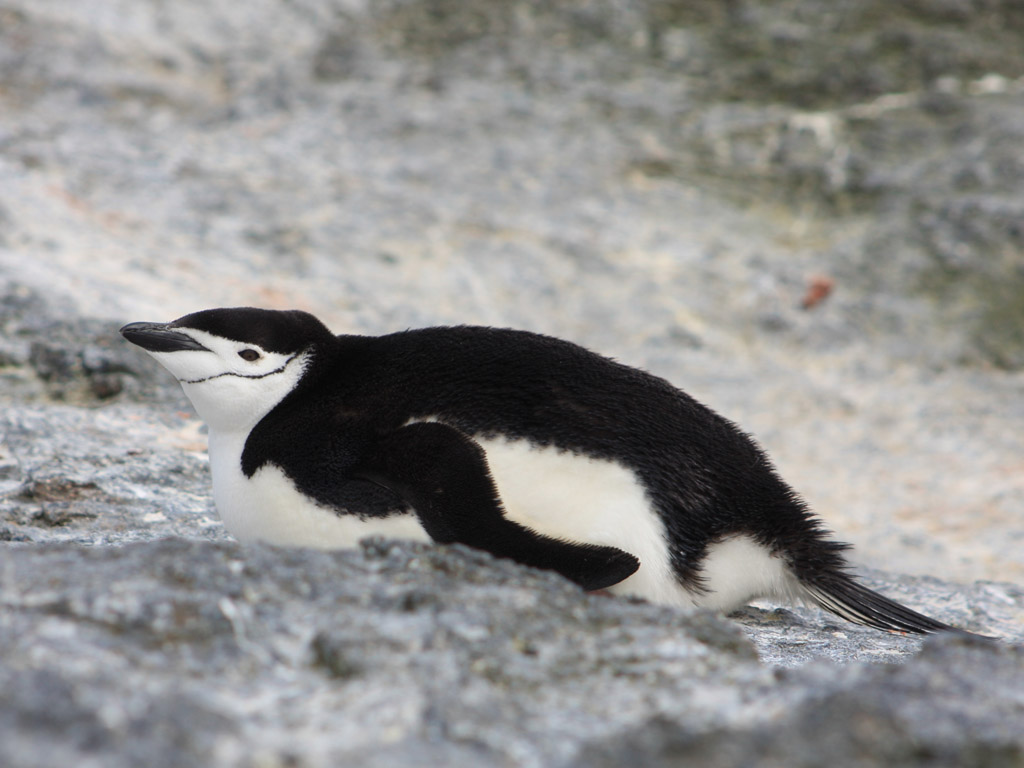 We then landed on shore and our decision was vindicated again. We immediately met thousands of Chinstraps, waiting for us on shore and up the side of the hill. These little guys all have the distinctive thin black stripe at the chin and are very striking. 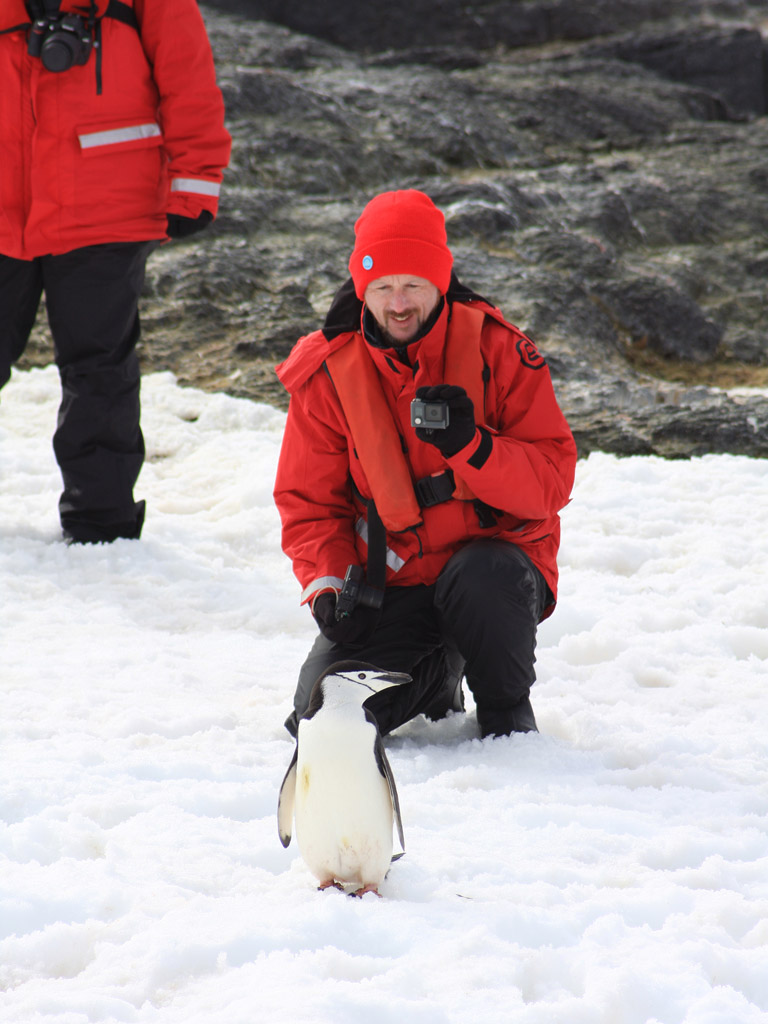 One little one was very curious of me and decided to come up close. I guess he was just saying hello. 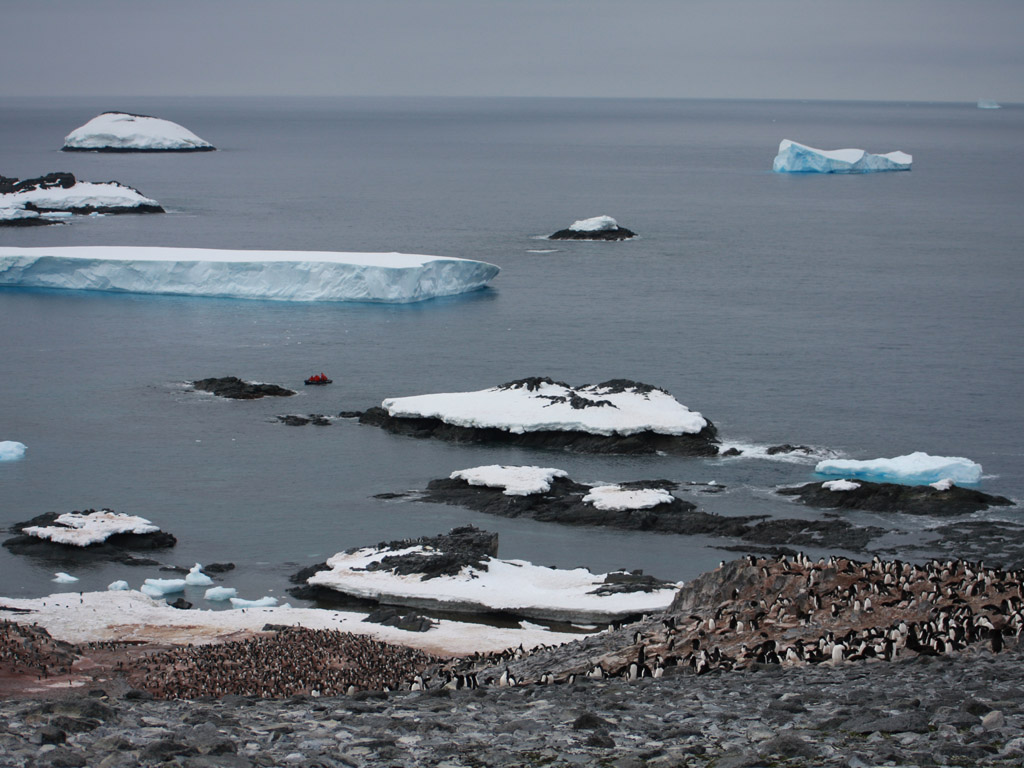 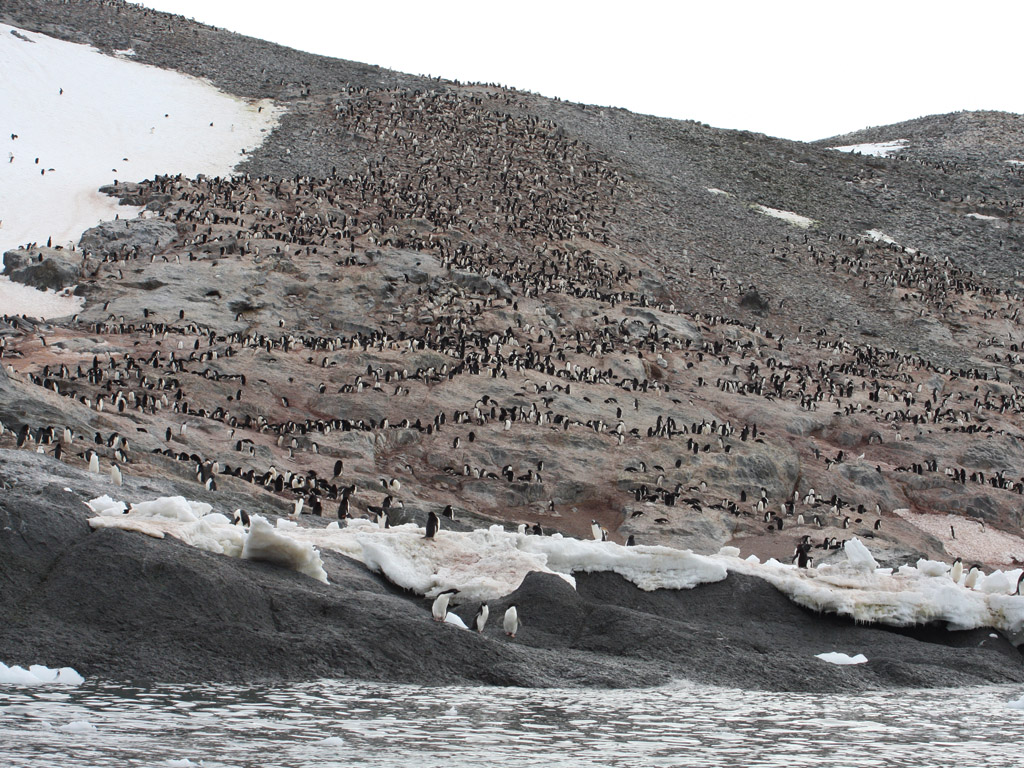 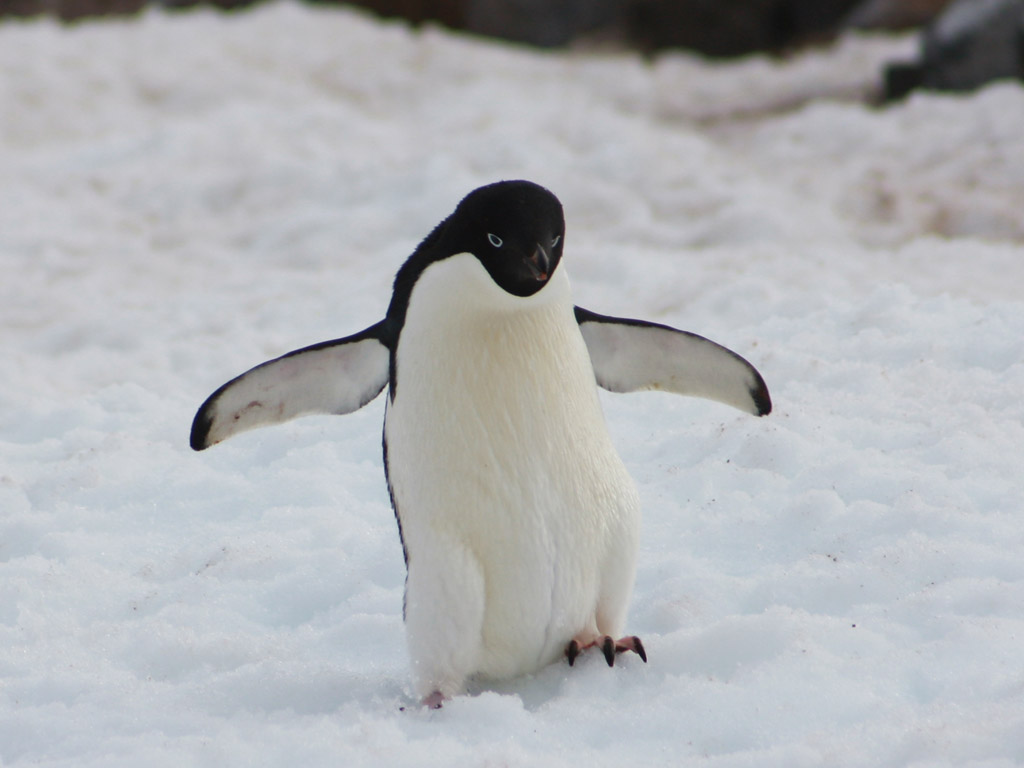 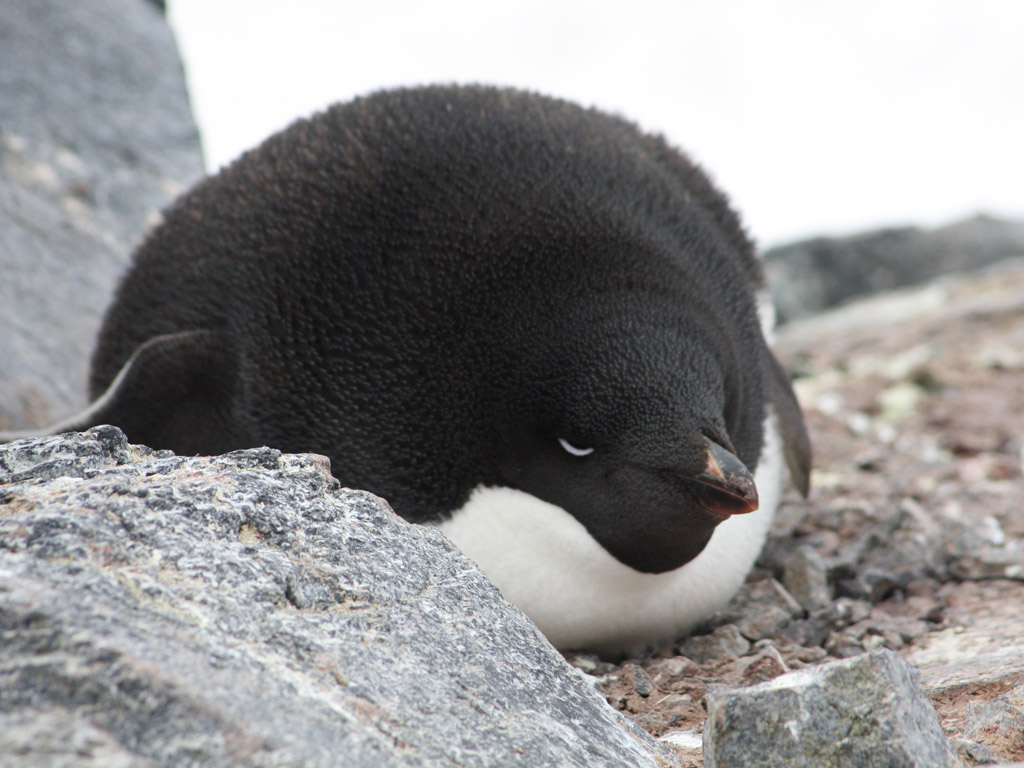 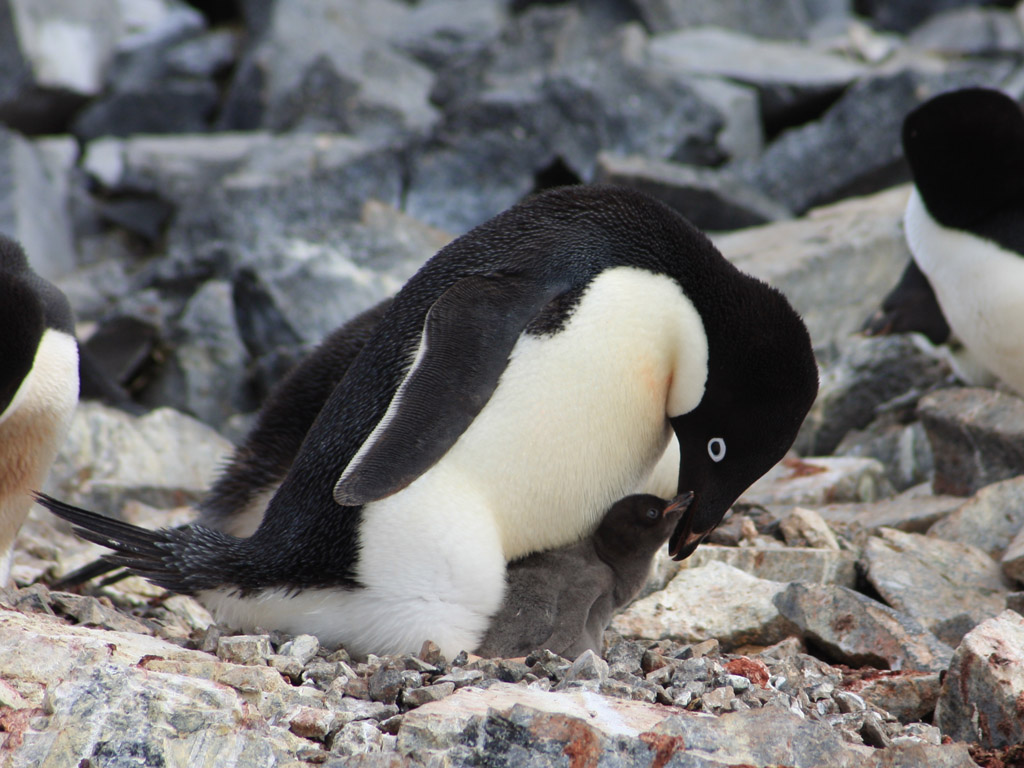 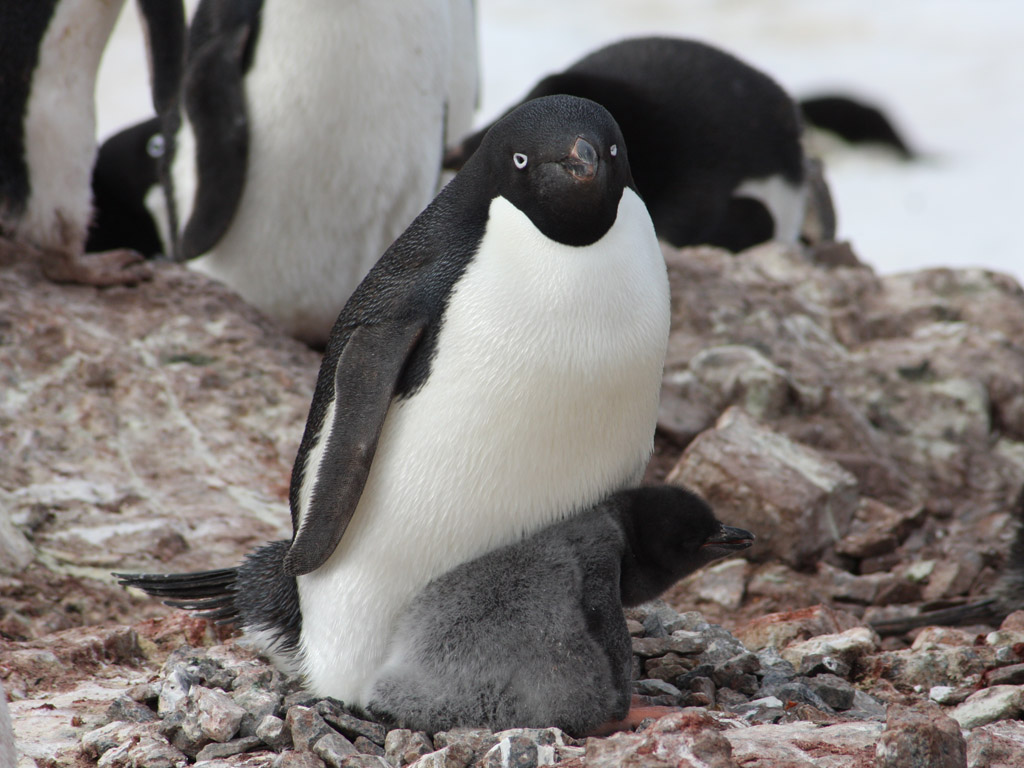 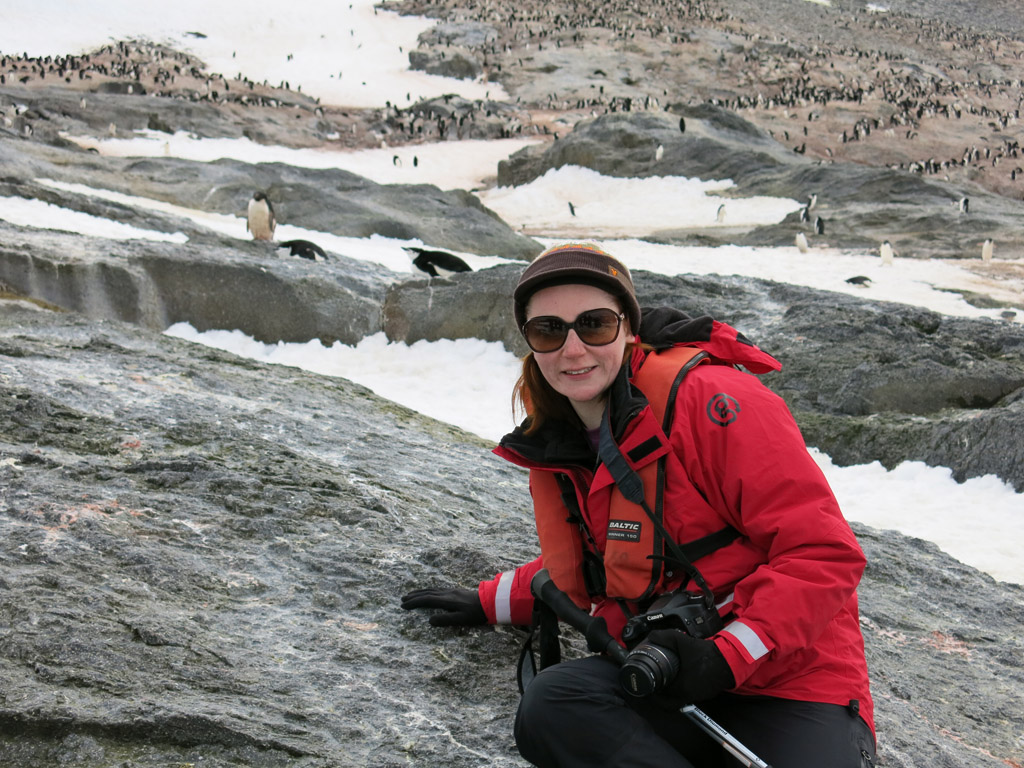 We made the trek up the hill and were surrounded by lots of Adelies and some Gentoos as well. It seemed lots of chicks were out in the Adelies, and Kate managed to get heaps of great photos of the little ones. 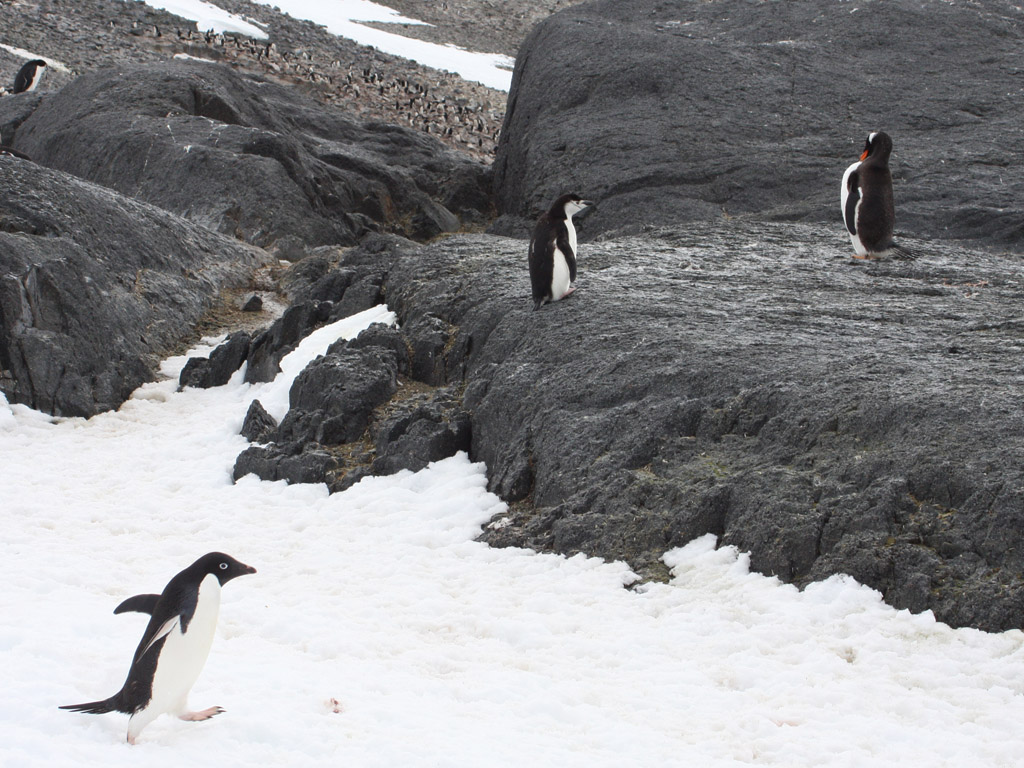 Jonathan gave the challenge to try and get one of each penguin in a photo, and on the way back to the shore, Kate spotted all three there together, like they had been set up. While they didn’t pose for the best photo, mission accomplished!

With that we were back in the choppy waters to the boat. During the briefing we found out our southern most point, being 65 degrees 11 minutes latitude. The Antarctic Circle is at 66 degrees 33 minutes, so we were about 150 miles off. Not that far, but given the ice we had seen, it really wasn’t going to happen. But as you can tell from our revised plans of the last couple of days, not a bad substitute hey?