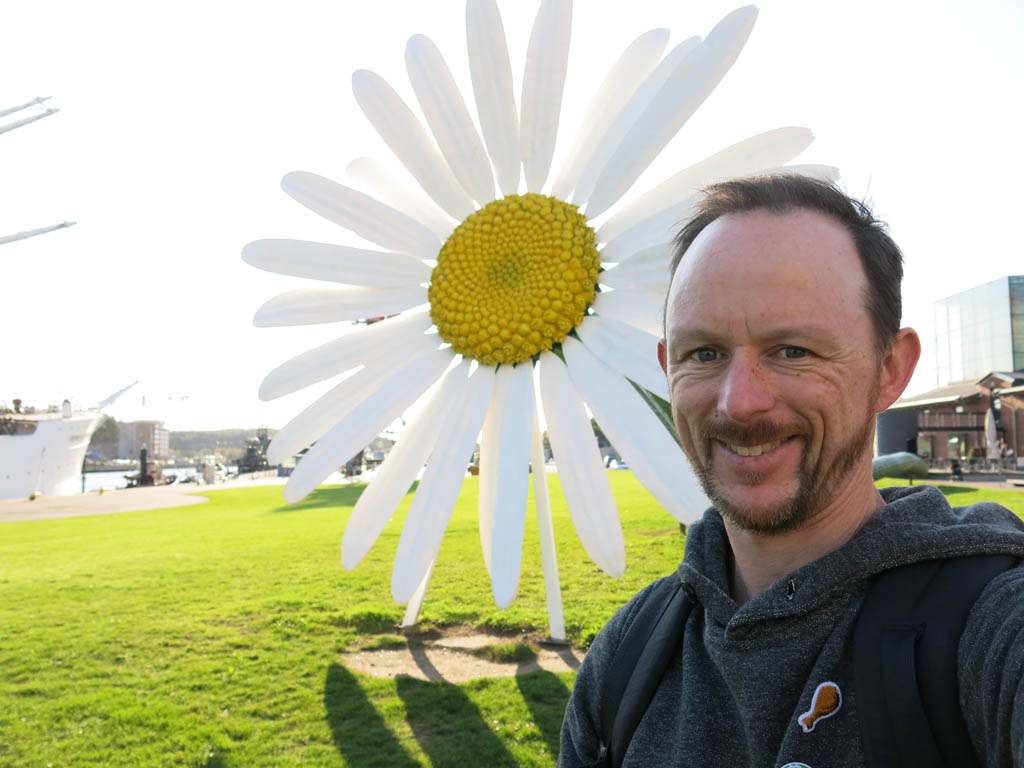 Sadly, this is a report from my last few days in Finland. It will be great to head home after being away for so long, but who knows when I will be back to Finland again?

My Saturday started a little differently to normal. Watching AFL! The local Eurosport TV channel showed the game live, so my day started lounging about the apartment, enjoying the footy. Well, not so much enjoying. I didn’t care who won, but I would have liked a close game. Instead, what I watched was (sadly) one of the most amazing team performances I think I have ever seen. For a game against who I thought was the best team of the year, Hawthorn just did a clinical demolition job. A begrudging well done to the Hawks.

As the game wound up, I wandered to the bus stop for a day out and about. Not Helsinki, but the old capital of Finland. I was bound for the medieval city of Turku in the south west. About an hour and half on the bus later, and I was in a new city.

Turku proved to be quite a nice city to wander, on yet another sunny (but pretty chilly) Finnish day. In the last week the weather had started to stay in single digits, but the sun was out, so it was still great to be out in it. Turku is based mostly around the Aura river, where it is located right at the mouth of. The river then flows through the city, with the main hub being the cafes all along. 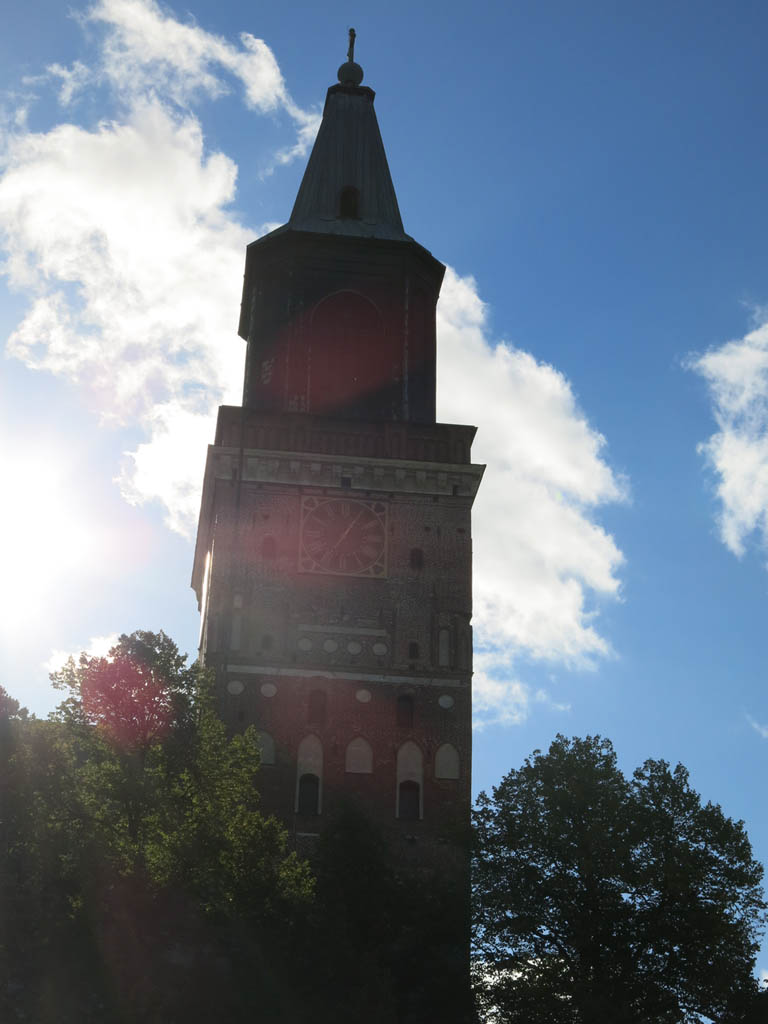 On the way to the city centre, I passed the Turku Cathedral. It was quite a nice one actually, being pretty statuesque but not overwhelming, and was quite nice inside as well, being a nice mix of old religious motif but still quite modest. 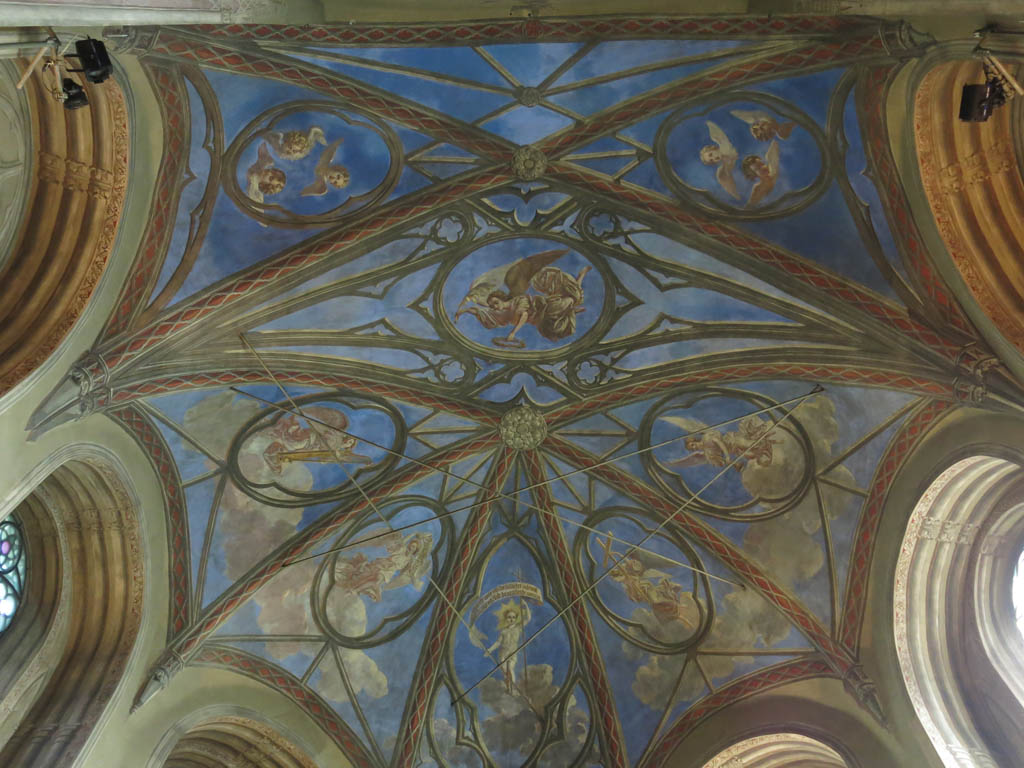 One of the domes was really nicely painted, and there were some nice paintings about. 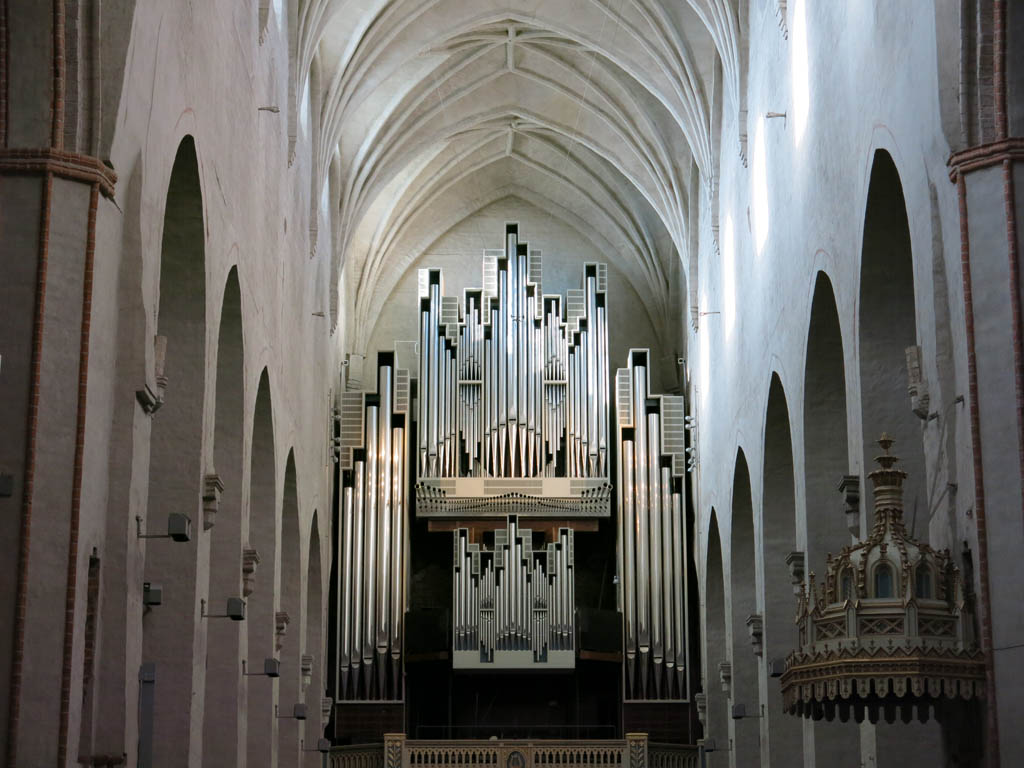 The most imposing element was the dramatic organ at the back of the cathedral. They were some serious pipes that would be pretty cool to hear. 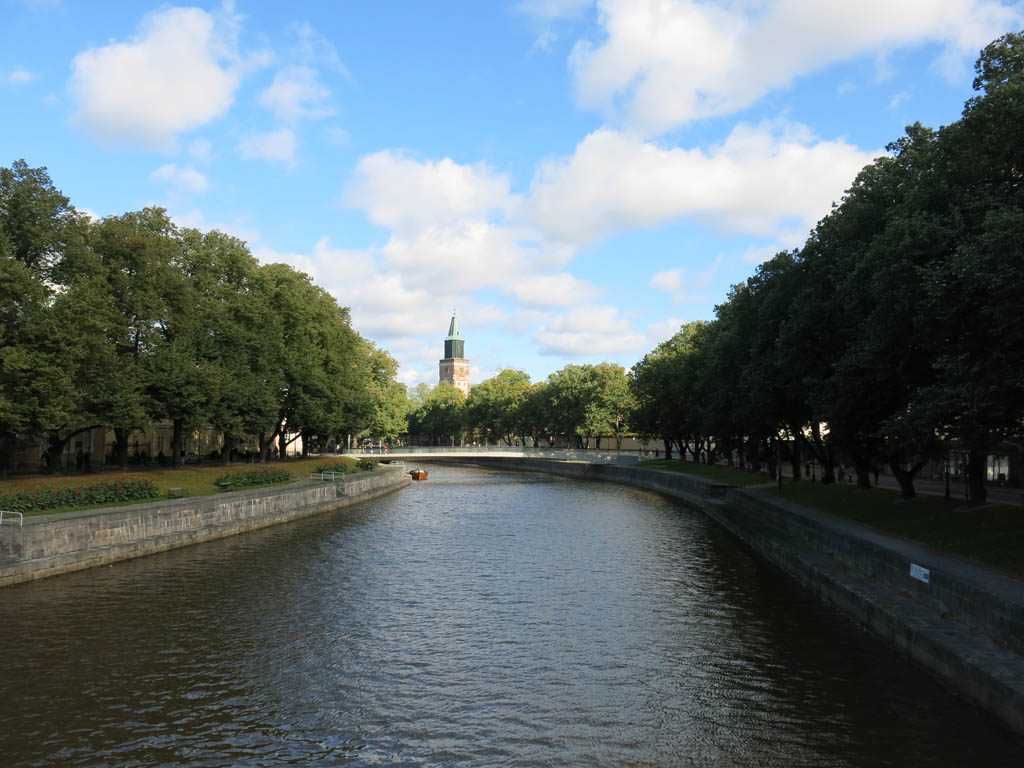 wandering along the river

I then ventured back outside and began meandering along the river. It was about 4km to walk along from the cathedral to the end, and I expected to see lots of people being out and about, given the nice weather. But in fact, there seemed to be very few folk out, and even less tourists. Like I have experienced a bit over the past few weeks, it seems tourist season is well and truly over. While it was nice for it to be quiet, I imagine it would have been much more fun if it was lively. 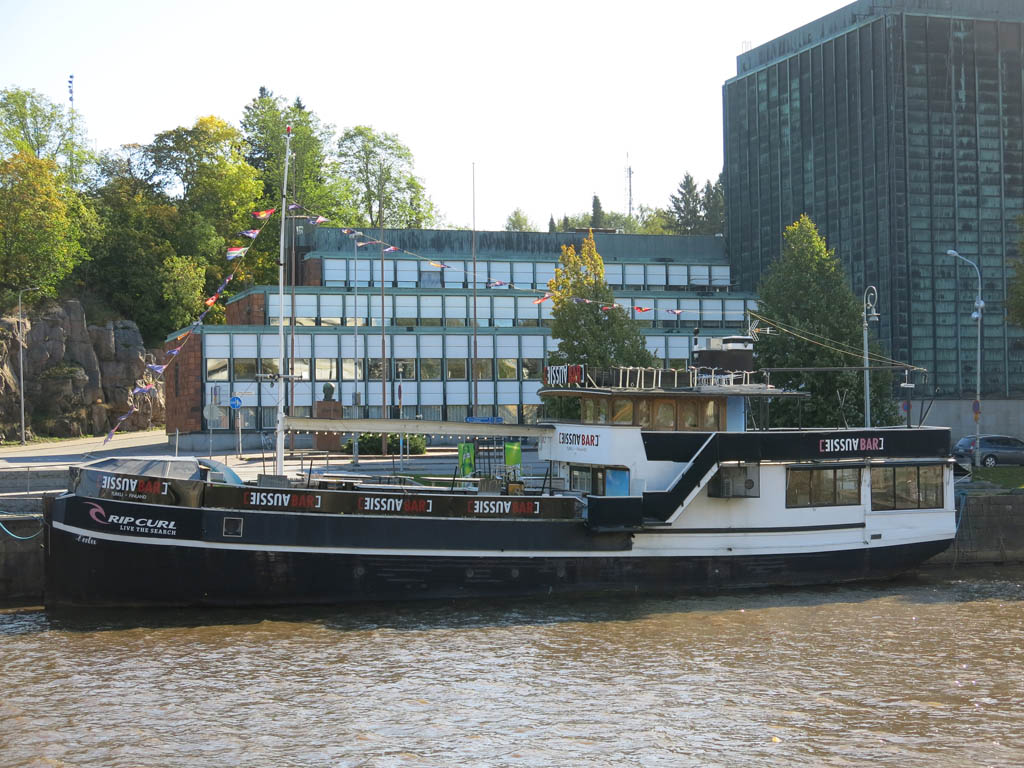 I wonder if this place gets a lot of action on a weekend? But seriously? Aussie bars everywhere, even in Turku?! Maybe I should have been watching the footy here this morning. 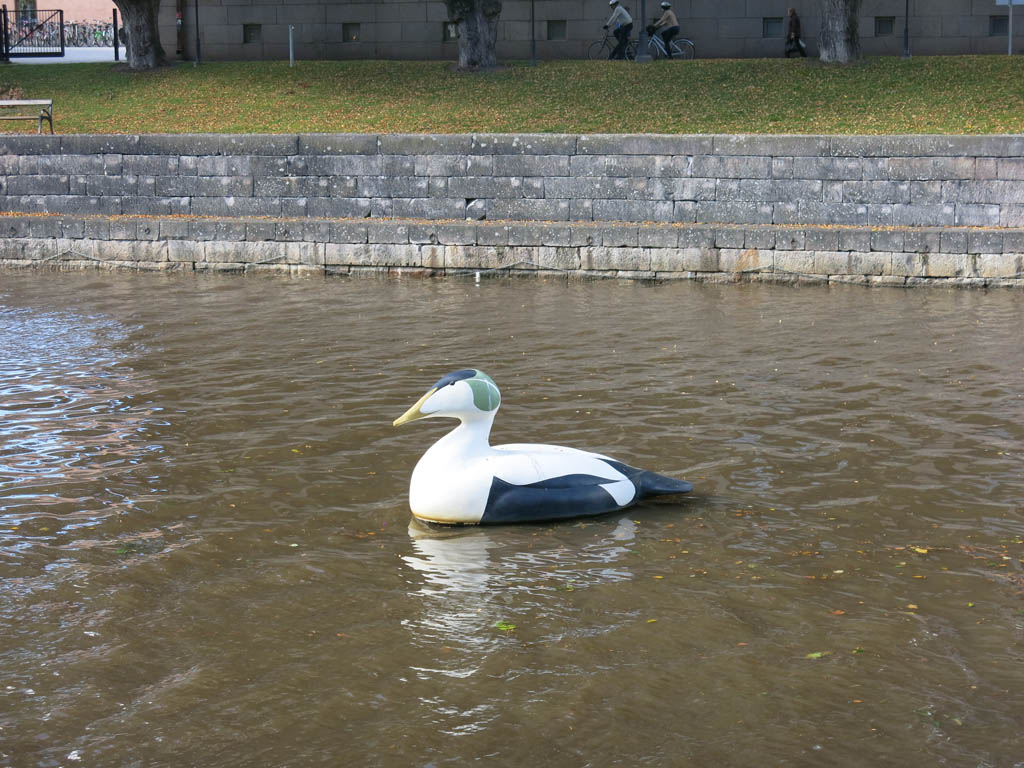 There were a number of nice bridges along the way. I was quite enamoured with the flotilla of large ducks. Very cool. As you can probably expect, I also sniffed out a local record store where I picked myself up a cool silver coloured Wilco 7″ that I didn’t have. Wilco in Turku. Of course. 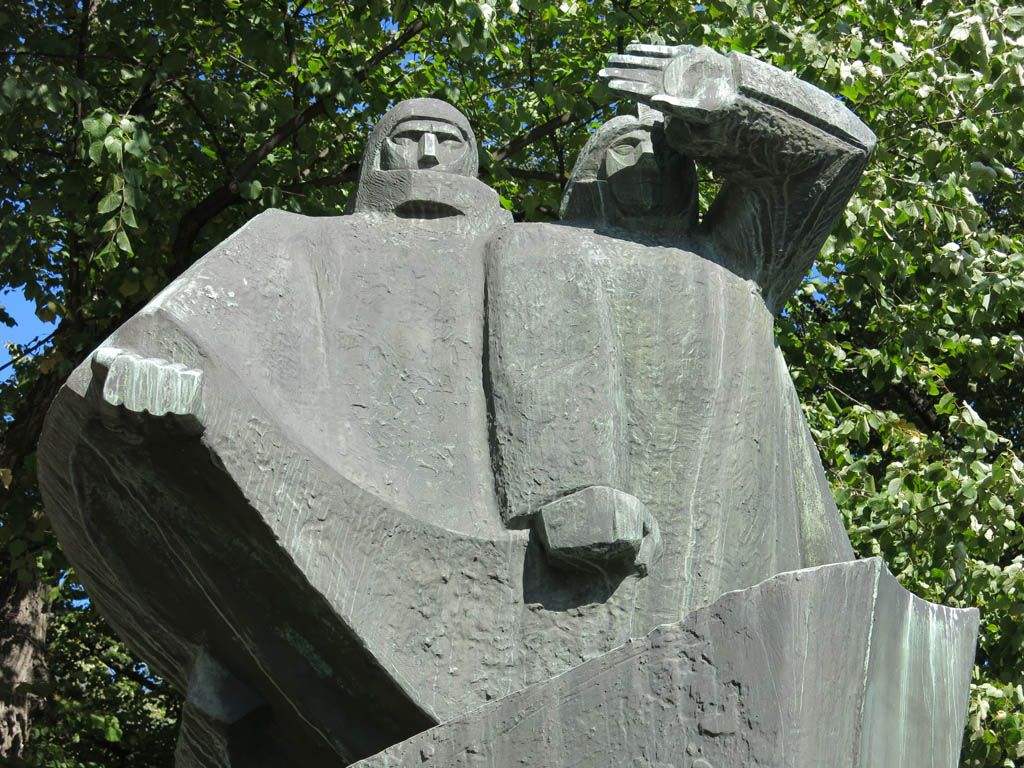 the sun is bright in turku

As I made my way along, there were lots of statues and art works along the path. Some freaky, some a bit more normal. I liked these two dudes, the one on the right who clearly had troubles with the sun in his eyes. 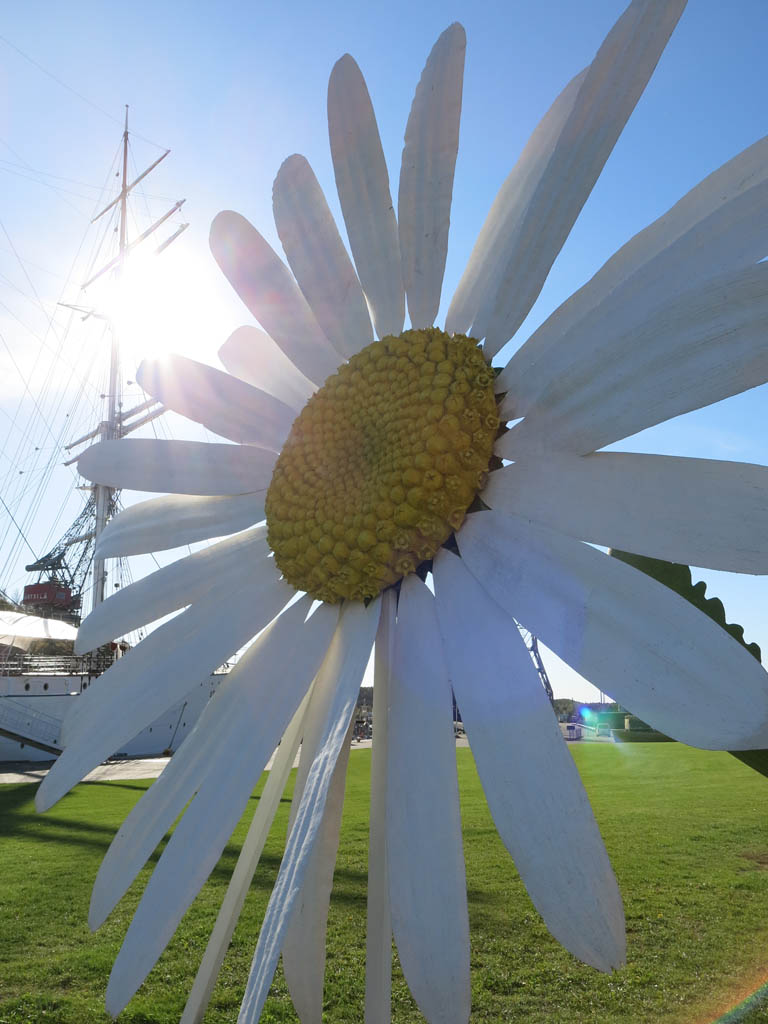 I was then getting close to the end of the river (or start depending on how you look at it). This nice flower greeted me as I arrived and added to the sunny disposition of the day. Seemed like a good place to stop at a cafe for a rest. 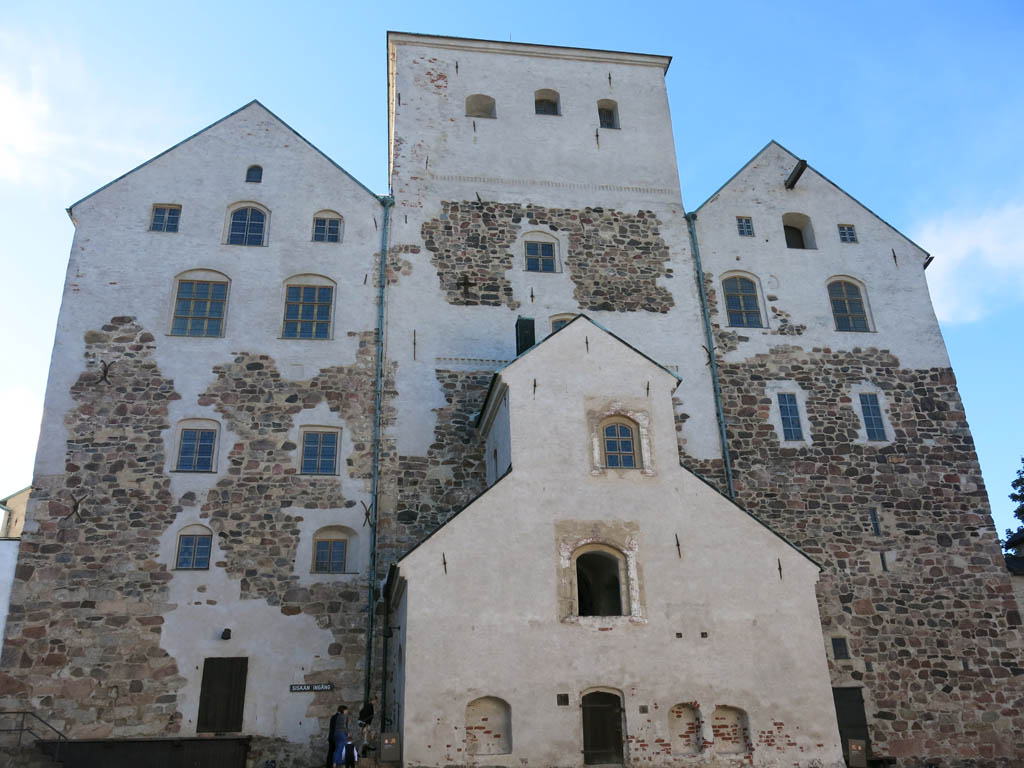 From there I made my way to Turku Castle. It was built over quite a period of time, starting in the 1200’s, and had a fair amount of history inside the walls. Over that time it was Swedish, Russian, and finally Finnish (and bouncing between them over those years too). 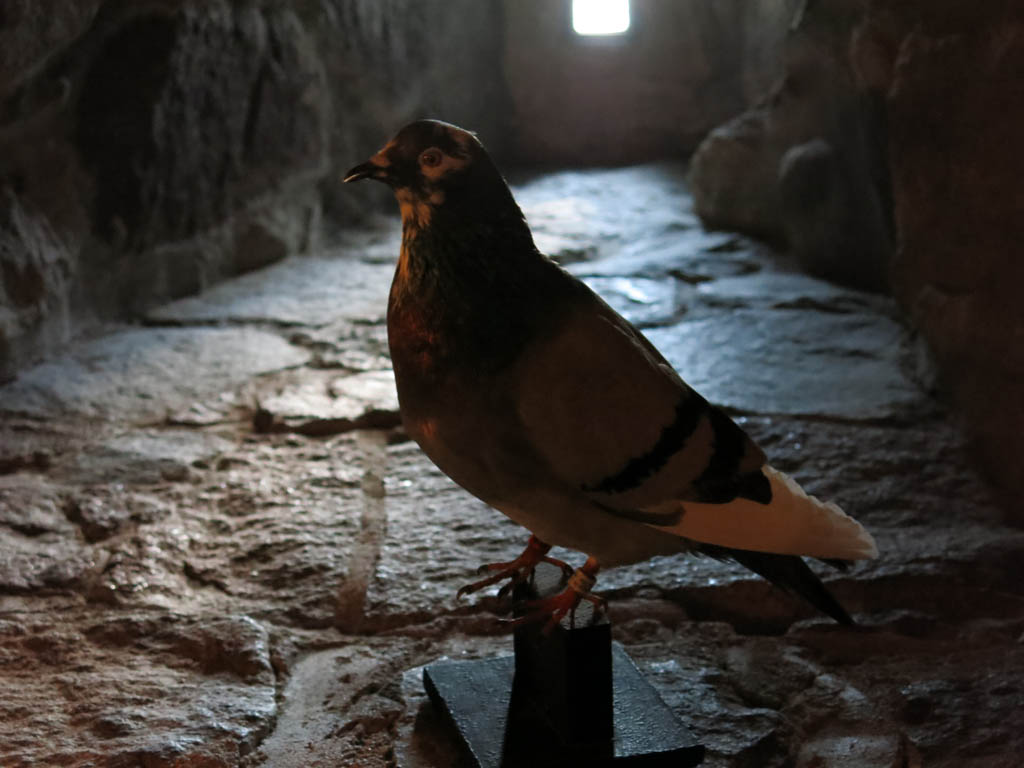 The castle interior was split into a number of sections. The main two were the primary keep, where outside of some important restoration, it was left fairly much intact. It was actually pretty cool to wander through. Not like many of the more impressive castles around Europe, but it was a well preserved and displayed castle museum. I even found this feathered little guy just hanging out. He just seemed to stay standing there strangely. 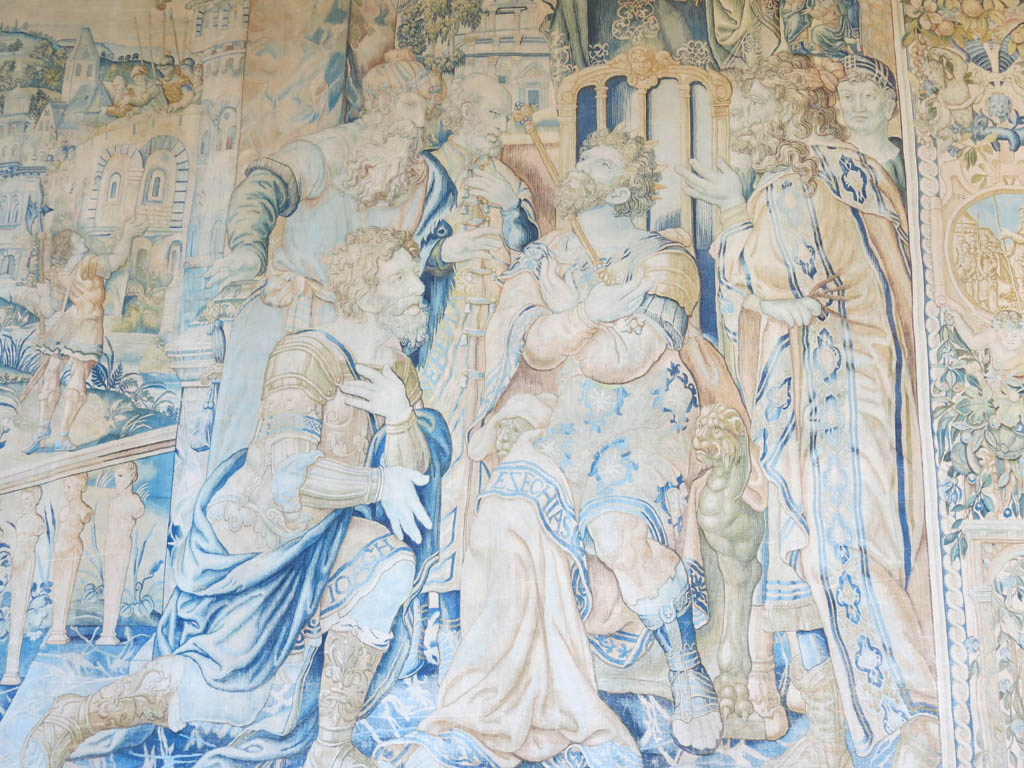 The second part was the Renaissance Bailey, and it was much more of a different vibe. it was much more like a museum, with the focus on displays and preserving what rooms would have looked like over the centuries. It was quite nice to have two quite different experiences within the same castle complex. The rooms ranged from large banquet halls with tapestries, to smaller sitting rooms, still decked out in the furniture they would have had. 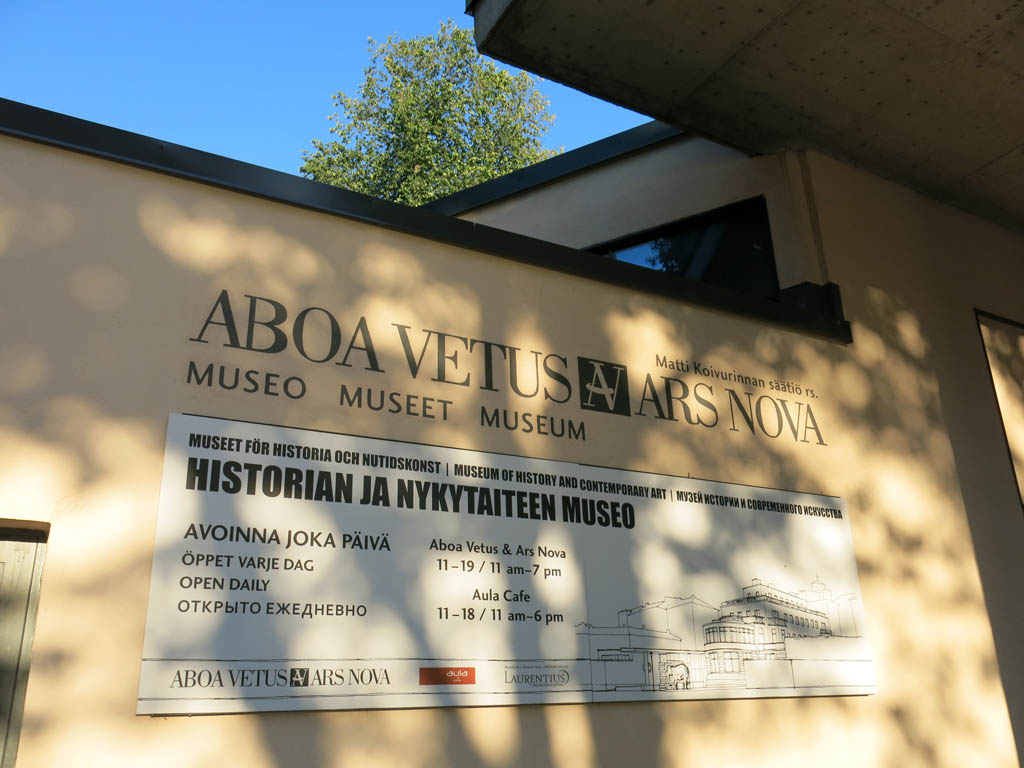 two museums in one

The castle soaked up a good couple of hours, and alas, I didn’t really have that much time in Turku, so it was time to wander back toward the bus station. On the way I visited the other main museum, the Aboa Vetus & Ars Nova museum. This was quite an odd one. The Ars Nova museum building was commenced only 20 years ago, intending to be an art gallery. But during building works, they discovered some preserved remains of the old city that used to exist in Turku. So what began as one museum, became two. 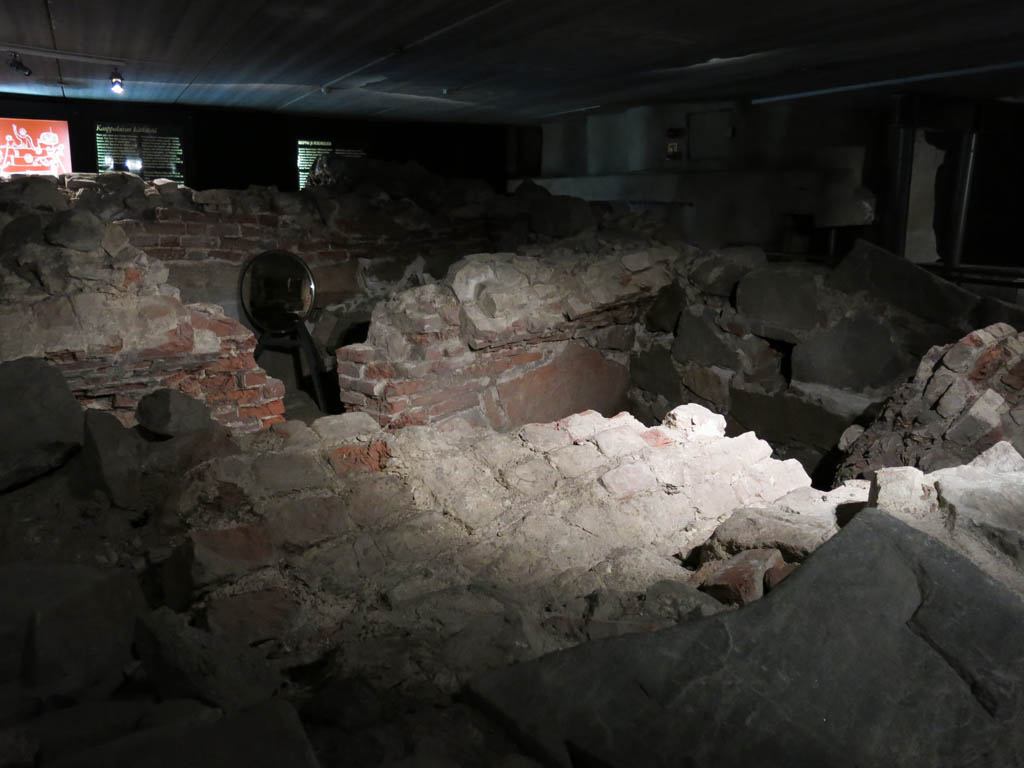 walking amongst the old city

The Aboa Vetus is a museum dedicated to showing parts of the uncovered underground city. While it is a lot of crumbled walls and brick, it is still fascinating. You descend down into a main room where you walk amongst the remains and have a number of exhibits detailing life during that time. Pretty cool for a museum that they didn’t know would exist only 20 years ago. 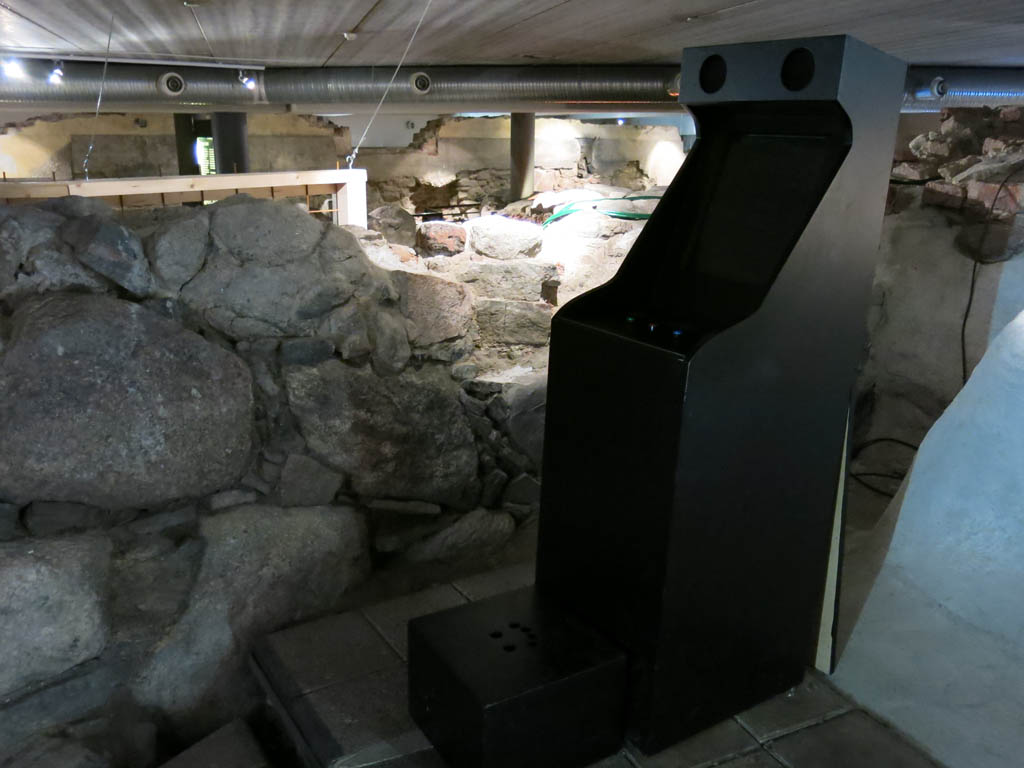 I was a bit confused that they had arcade machines back in the 1200’s, but who knew hey?

The Ars Nova gallery is more of a traditional art space. One section is dedicated to changing exhibitions, while the other space seemed to have some more permanent works. The current exhibition was the work of a contemporary art couple, being mainly found objects. Not my cup of tea really. 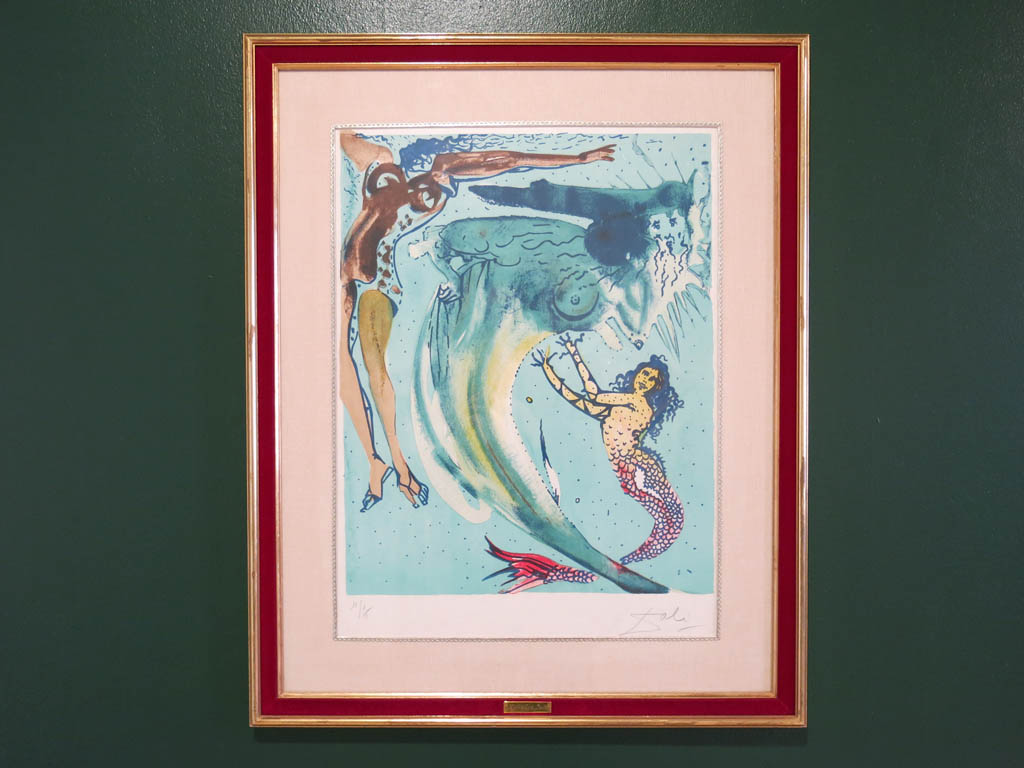 The other space however had a good collection of Spanish artists, including some Picasso and Dali which is always nice. Lesser known works, but still cool. I really liked the Dali lithographs of work designed to accompany some Hans Christian Andersen. I hadn’t seen those before so that was a score. 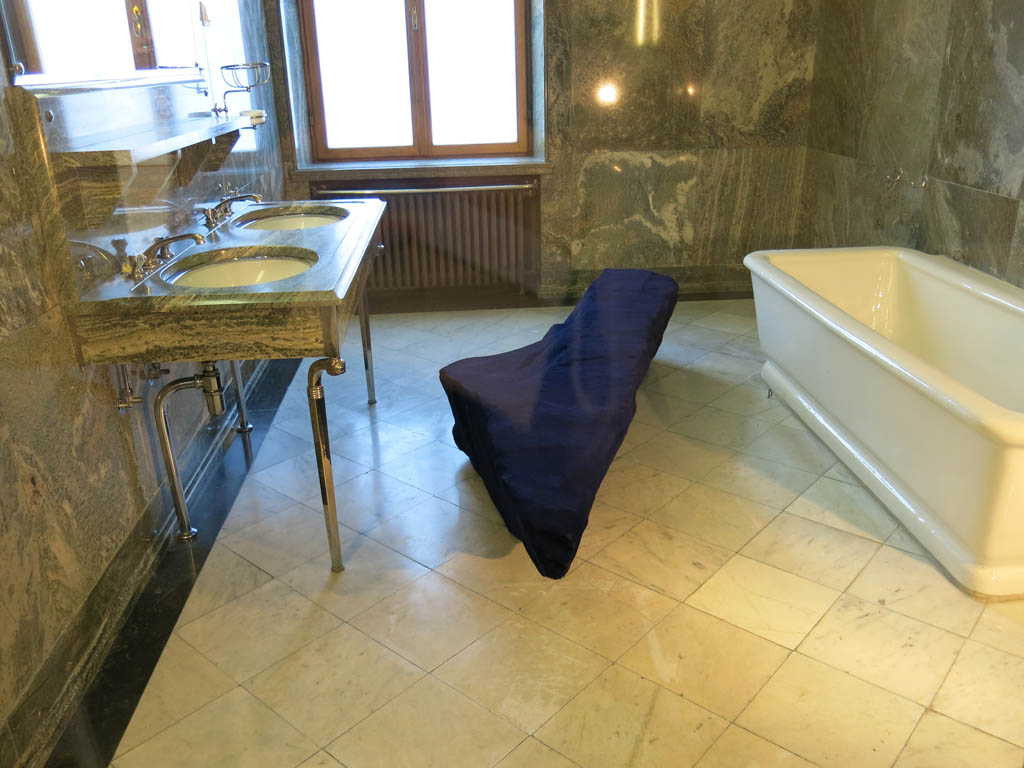 The one real oddity was this nice big blue rock. Yep, it’s a rock. Apparently an artist exhibited at the gallery in the past, which was comprised lots of rocks painted in the classic Yves Klein blue. This one was donated to the gallery and left in this bathroom, so there it stays. Hhhmmm. 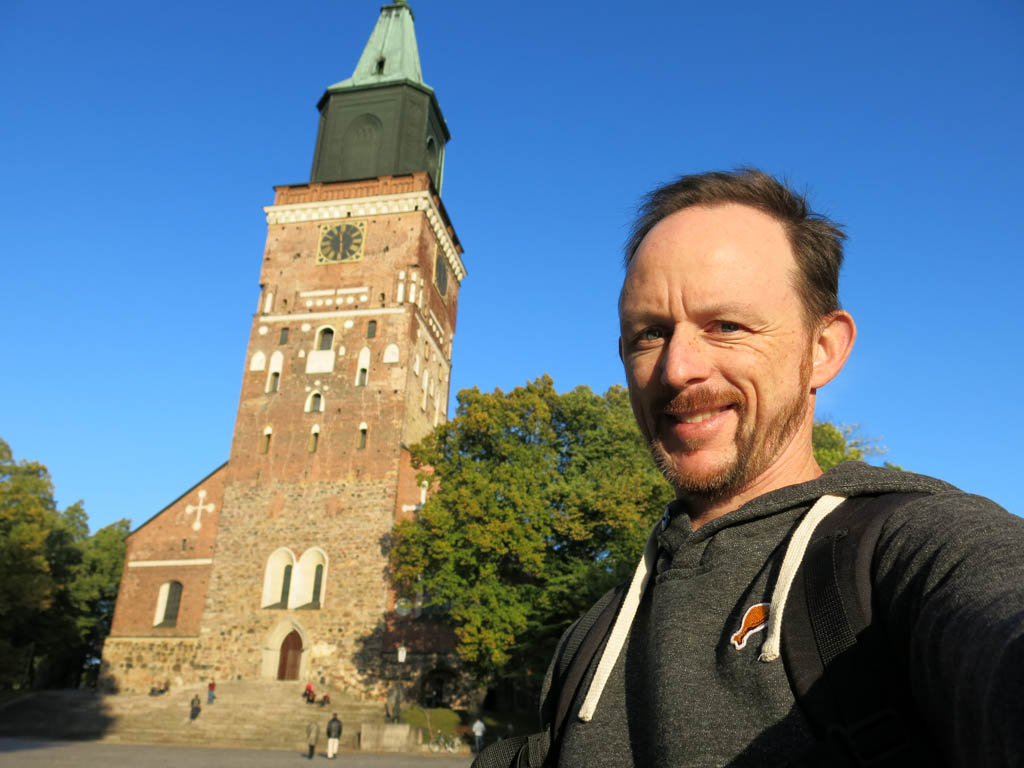 Alas, my time had fast disappeared and it was back to the bus station. I got one last selfie with the Turku Cathedral, and with that jumped on a bus and whisked back to Espoo and my waiting apartment (and my packing).