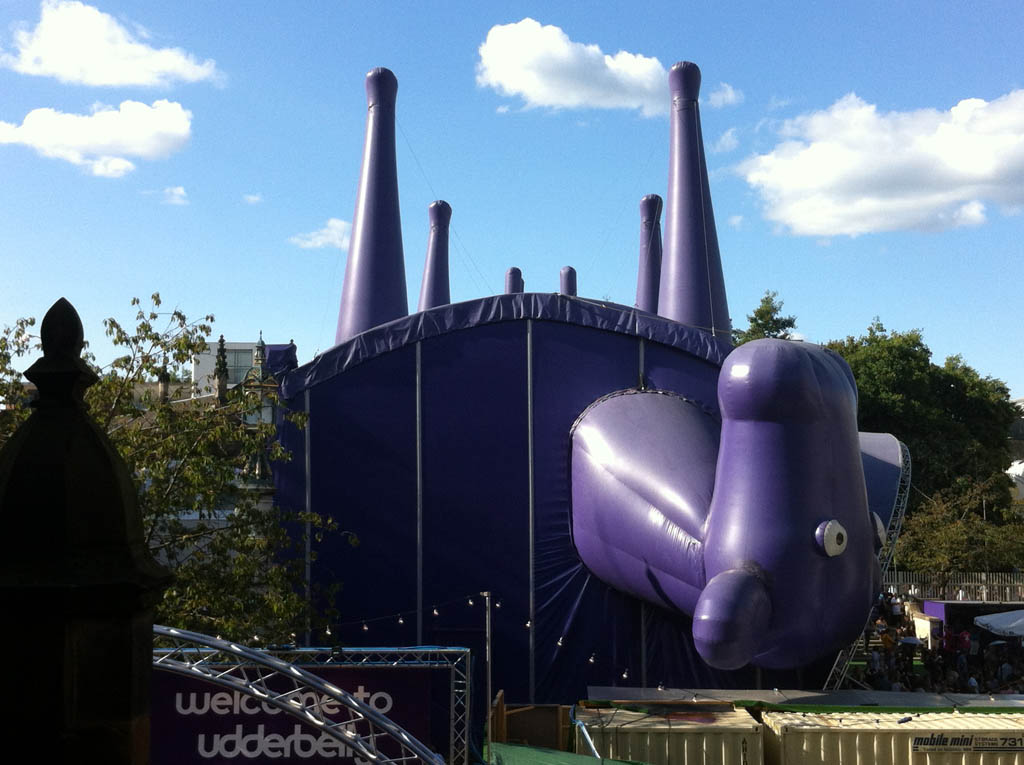 Sadly, this was our last full day at the Fringe Festival, and in Edinburgh. So we decided to do three shows to say farewell. 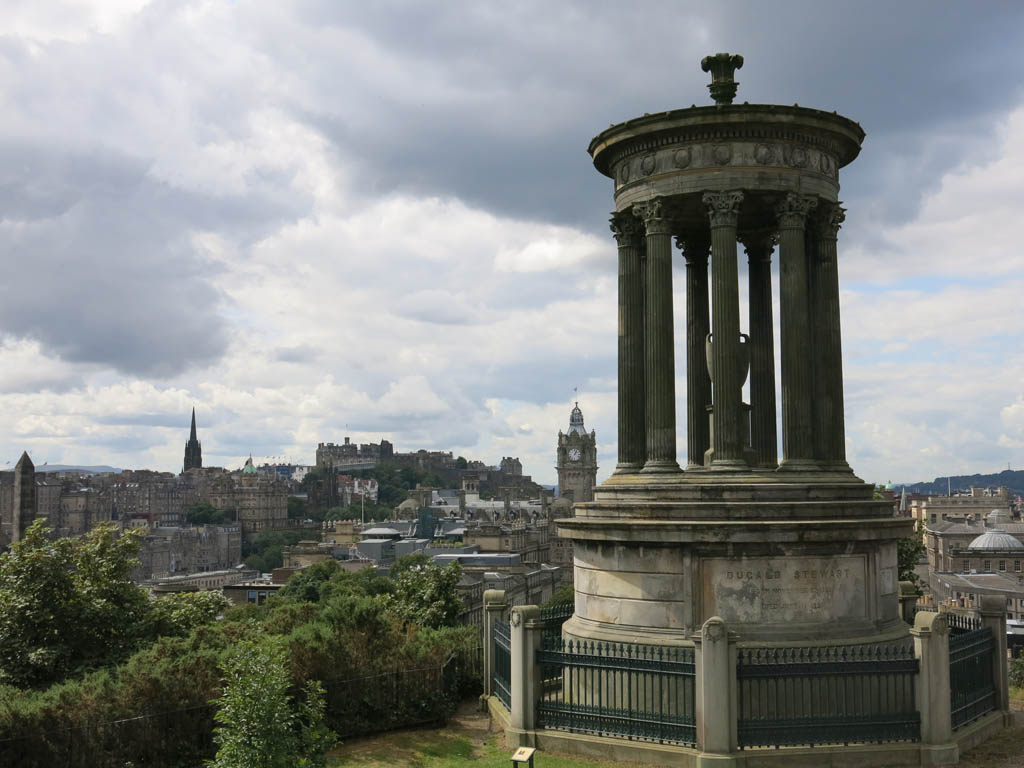 Before we started, we decided on a nice morning stroll up to the top of Calton Hill, which offered great views across Edinburgh, as well as a chance to explore the monuments perched on top. Kate was happy to relax, while I wandered, climbing on everything I could and looking out over the great Edinburgh skyline.

With our morning exercise done, it was time for pints and festival. First up was something a bit different. Rather than the usual standup comedy, Kate was keen on some Potted Sherlock… a panto-esque recap of all 60 Sherlock Holmes stories in just over an hour. These guys are quite famous for their Potted Potter show, and they indeed had a fair audience, as the show was sold out and full of families.

In the end it was a lot of fun. While there were some obvious cheats to get through all 60, there was s great spirit to the show and everyone, especially the kids and teens, left very happy. 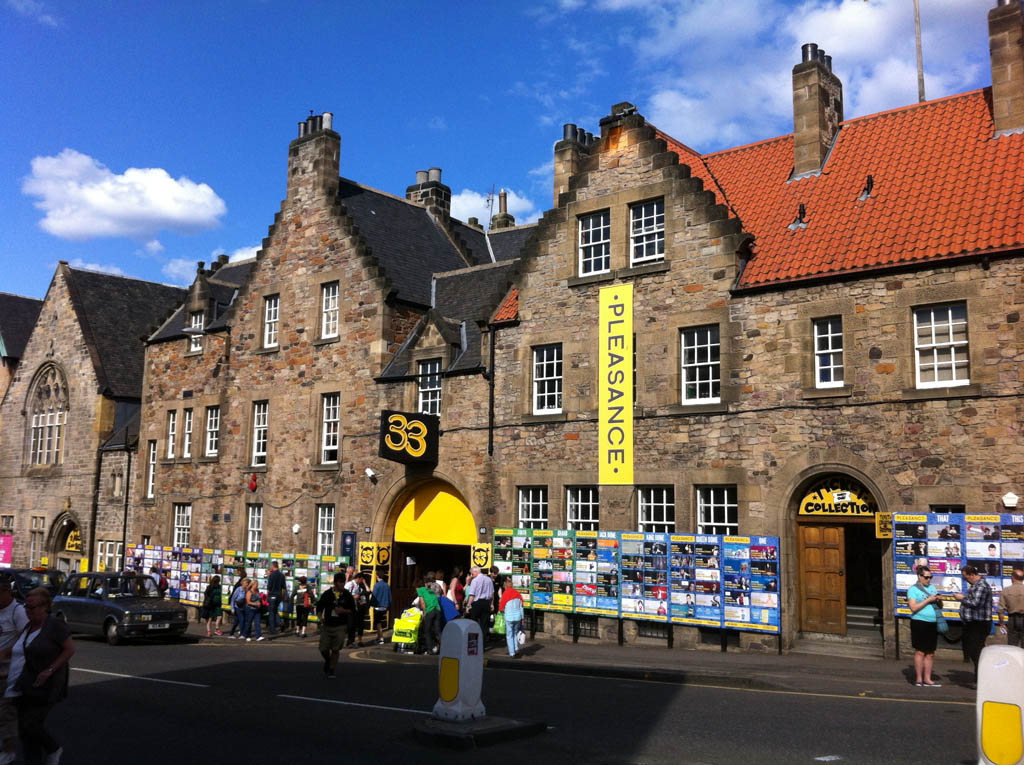 We had some time to relax at in the Pleasant Courtyard, and like usual, my curiosity got the better of me. The bar and courtyard it seemed were sponsored by Fosters and it was the prevalent beer. The fact that Fosters is sold around the world has always been an oddity, so I had to know. Was it different? Was it even drinkable? I had to know.

With a bad pint in my belly, it was time to get rid of the bad taste with some more comedy. So it was back to the Gilded Balloon to see expat Aussie Bec Hill in her solo show Ellipsis. This was a total random pick (I didn’t know she is Australian) and all I knew was that it was a mix of jokes, story, and props.

Overall, it was a mixed bag. I really liked the central idea, however I found that it was just not side splittingly funny. The props were great, and I have a feeling her kids show is probably the one to see. But kudos for doing something a bit different.

We had some time to chill out a little before heading to our final show. Rather than finish with comedy, we were finishing with some music. I was super lucky to find out that The New Medicants (i.e Norman Blake from Teenage Fanclub and Joe Pernice) were playing one show in the festival Spiegletent, and we could make it! Woo! 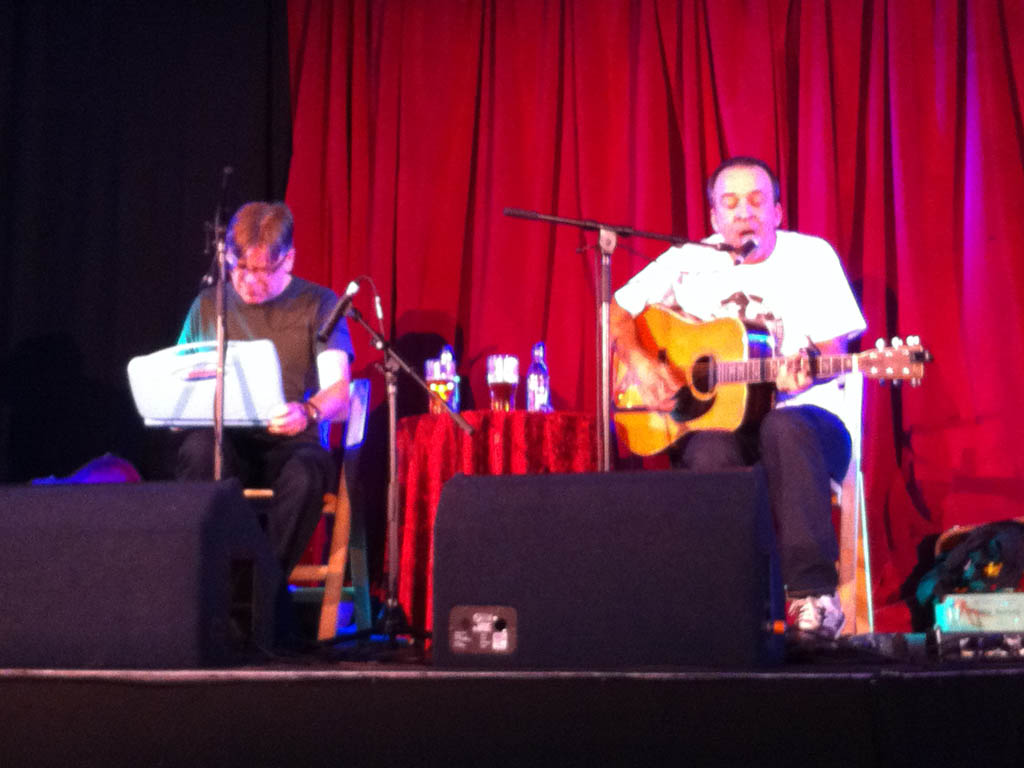 So in we went, nice and close, and proceeded to soak up an hour of these two magical gents, singing their own and collaborative tunes. I cannae lie, the Teenage Fanclub songs were the highlights, and to finish with Norman singing Everything Flows, I was in heaven. I even got to have a very quick chat with them both after the show and as usual, Norman was the loveliest dude. It made me wish I had more Fanclub on my iPod, as it was all my brain wanted for the rest of the evening.

But alas, it was time to pack and get ready to depart Edinburgh and the UK the next morning. Thankfully, Shaun of the Dead was on the TV to help and get us set for the next part of the adventure.