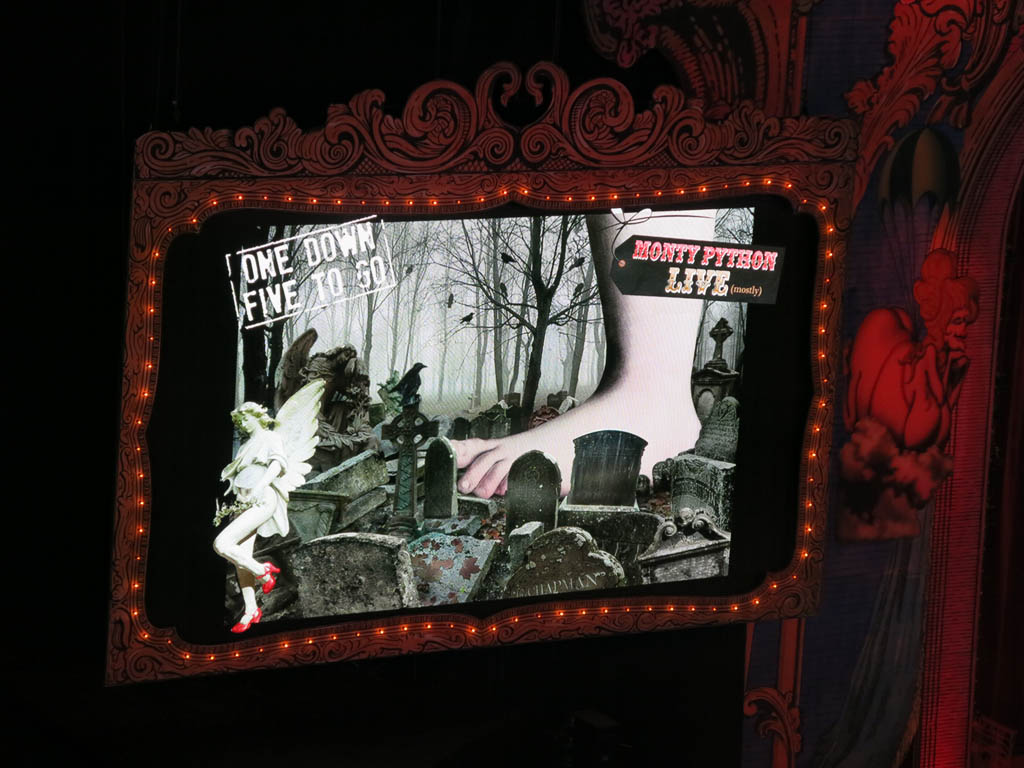 Another weekend, another trip to London! This was the big one, but we’ll get to that.

This weekend we were lucky enough to be able to catch up with Kate’s other aunt and uncle for the weekend. Straight after work on Friday, it was back on the train and down to London to catch up with them for a late supper and catch up. Like the other night, it was great to relax with Kate’s family and feel welcomed on the other side of the world. 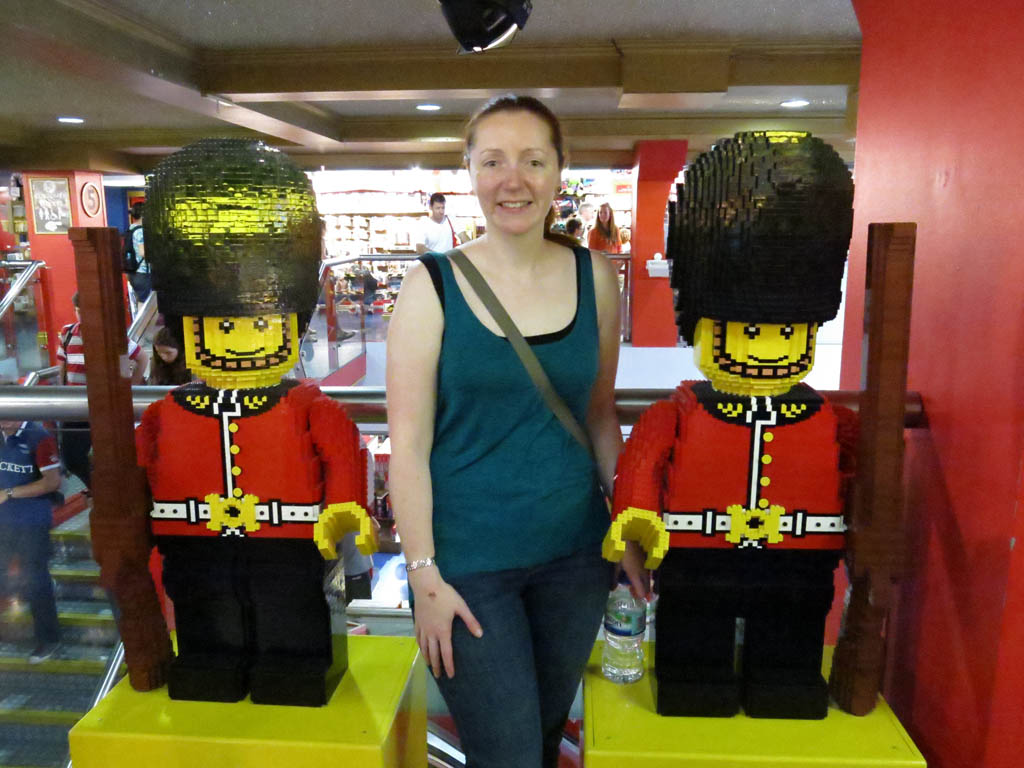 After a warm nights sleep (England is in a heatwave, which while not a heat wave like we have, still pretty warm and humid), Kate and I hit the streets of London to wander and do some shopping. When on Regent St, it is always worth a pop in to Hamley’s to see what toys are on offer. 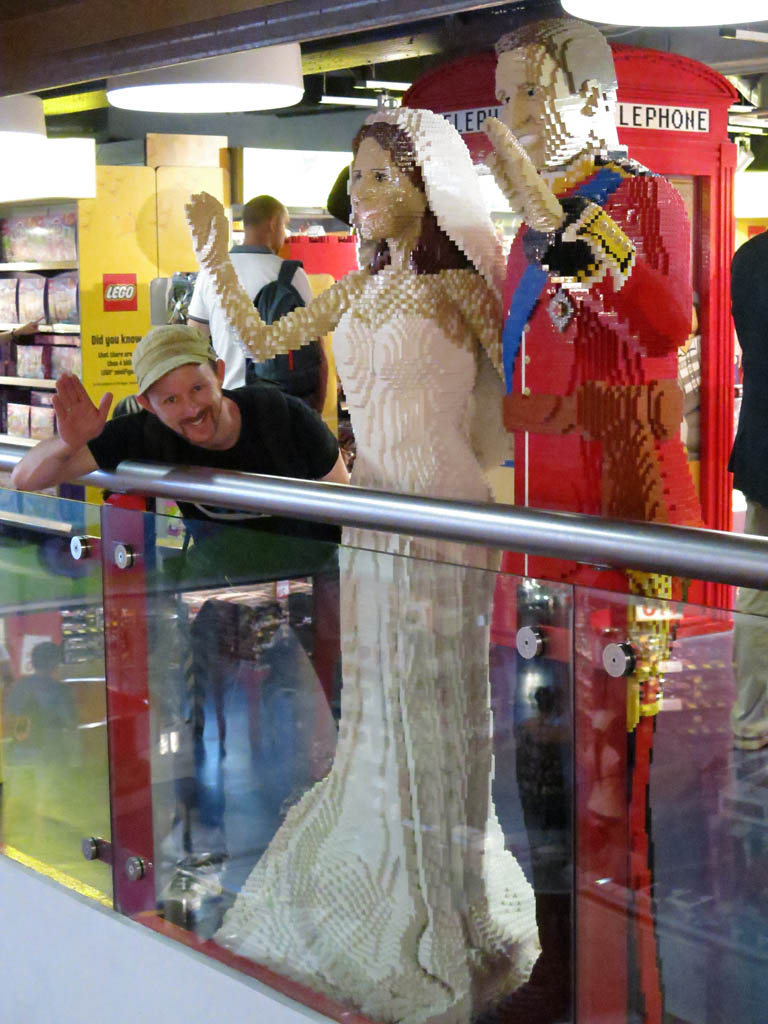 As you can see we got a chance to catch up with some of the Lego locals. Alas, little Prince George was not around. I did spy a Corgi though. 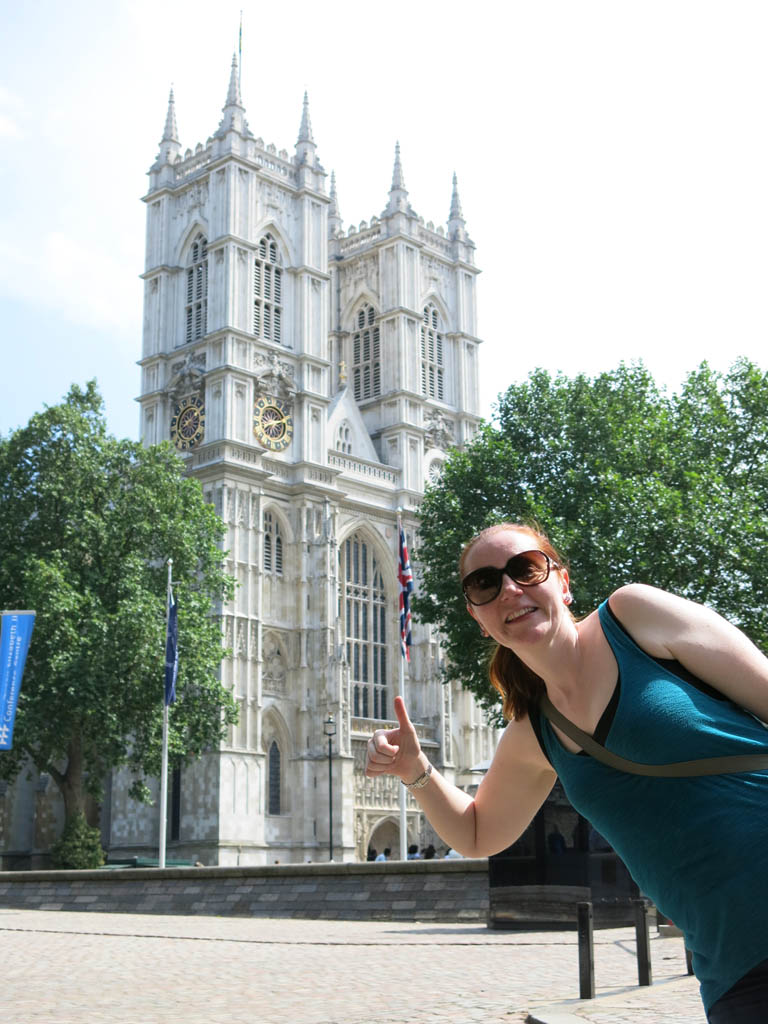 kate gives westminster abbey the thumbs up (before seeing the queue)

When trying to think of things to get up to, we thought we might pop in to Westminster Abbey, as it was something neither of us had done is quite a while. Alas, when we arrived there was a VERY long queue and we quickly decided against it. But as luck would have it, we wandered around the corner and realised there was something neither of us had ever done, and that it looked like we might have an opportunity. It seemed the Houses of Parliament were open for visiting! 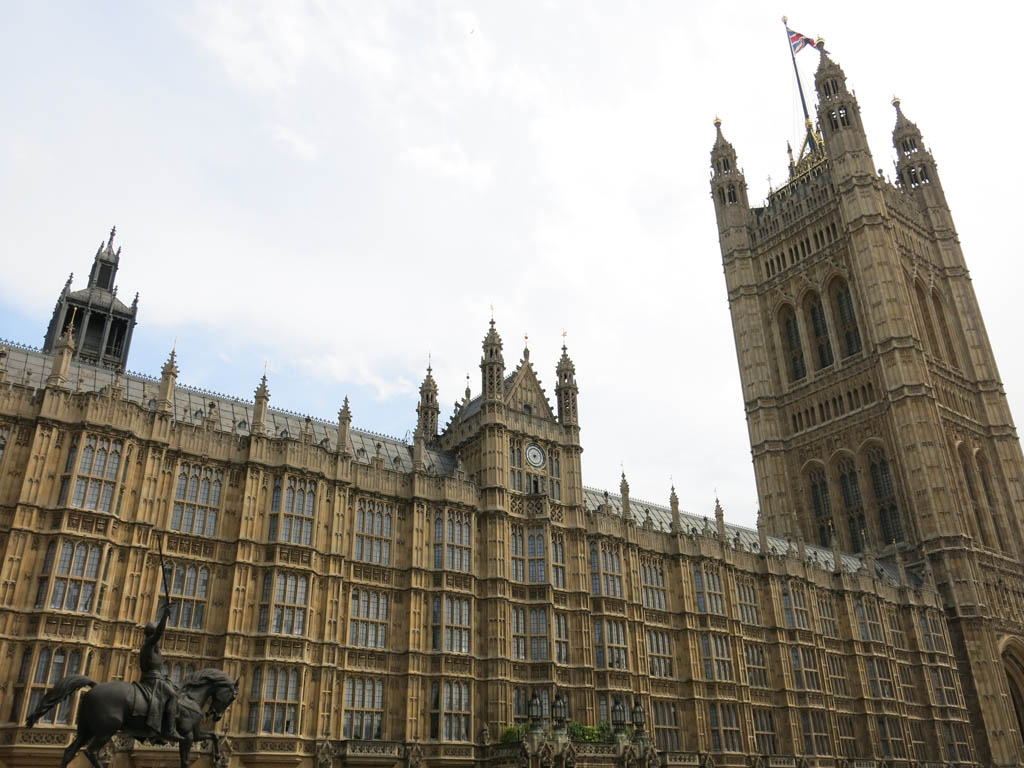 the mighty houses of parliament

We didn’t have tickets but chanced upon a couple that were just released, so after a little waiting, it was inside the hallowed halls!

kate very excited we got some tickets

Needless to say they were just a little bit more impressive than the ones in Canberra. Like many buildings here, artwork centuries old just casually hangs in the halls. If I worked there I would be scared I would break something that was a few centuries old. As it was I got told off for touching something I shouldn’t have! 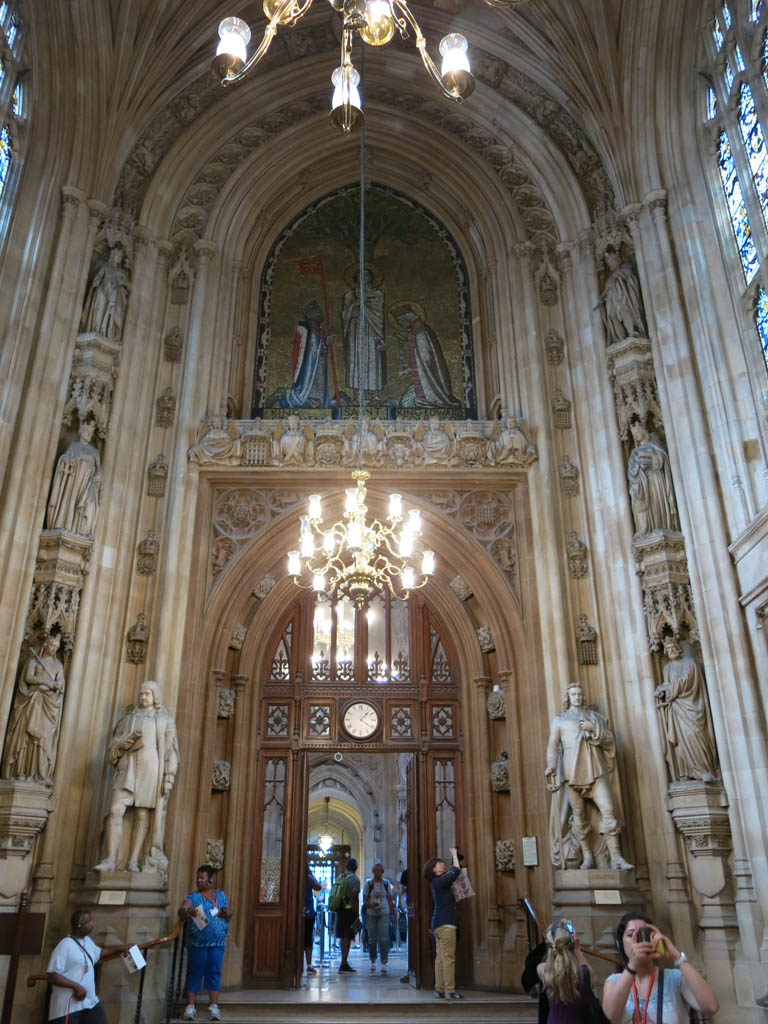 Sadly photos were not allowed in most of the building. But it was a great way to spend a couple of hours, and we were glad we had the chance to see a lot of what the Parliament had to offer.

With that it was getting close to evening, and we had to make our way to the O2 Arena in Greenwich for the big one. MONTY PYTHON! We actually secured tickets for the show before I had my study leave approved. We were super lucky to score tickets one night they went on sale, and figured “ah, why not!”. In the end it turned out to be the second last time Python would perform together (so they tell us, although as the name of the show suggests “1 Down 5 to Go” is sadly probably pretty accurate). 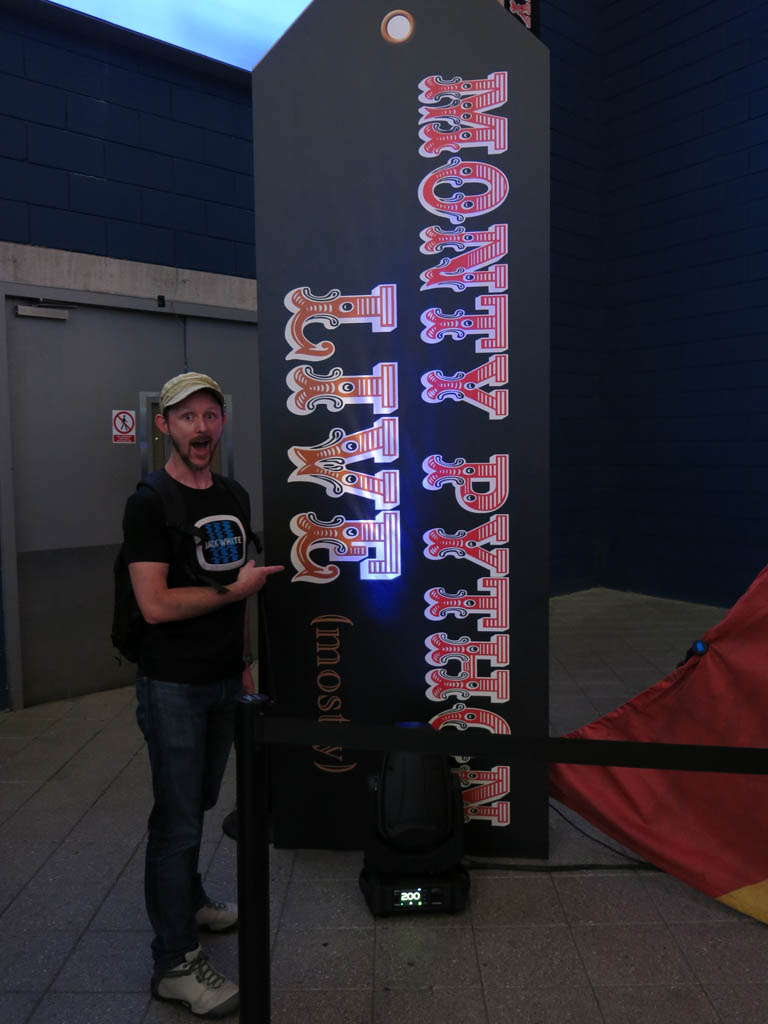 The O2 had quite the buzz when we arrived. We were surprised to see so many restaurants and night spots there. But no doubt most were there to see the Python lads, given the amount of costumes and t-shirts wandering the arena. 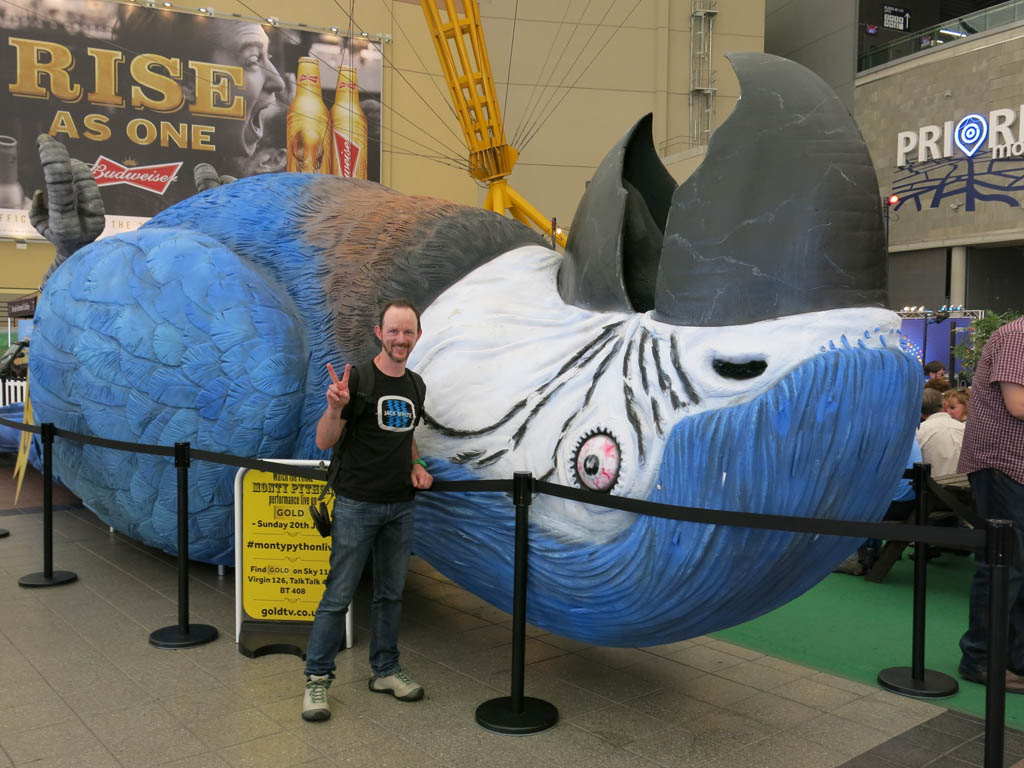 We even came across a very large parrot. Clearly he was pining for the fjords.

In we went into the cavernous arena. It is a little bigger than Rod Laver, but with much steeper sides. As it turned out, our tickets were fantastic, given we elected to get tickets on the (relatively) cheaper side. Up on the top level, but at the front, and just side enough to be close but have good view. Kate’s mad ticket skills to thank for that! 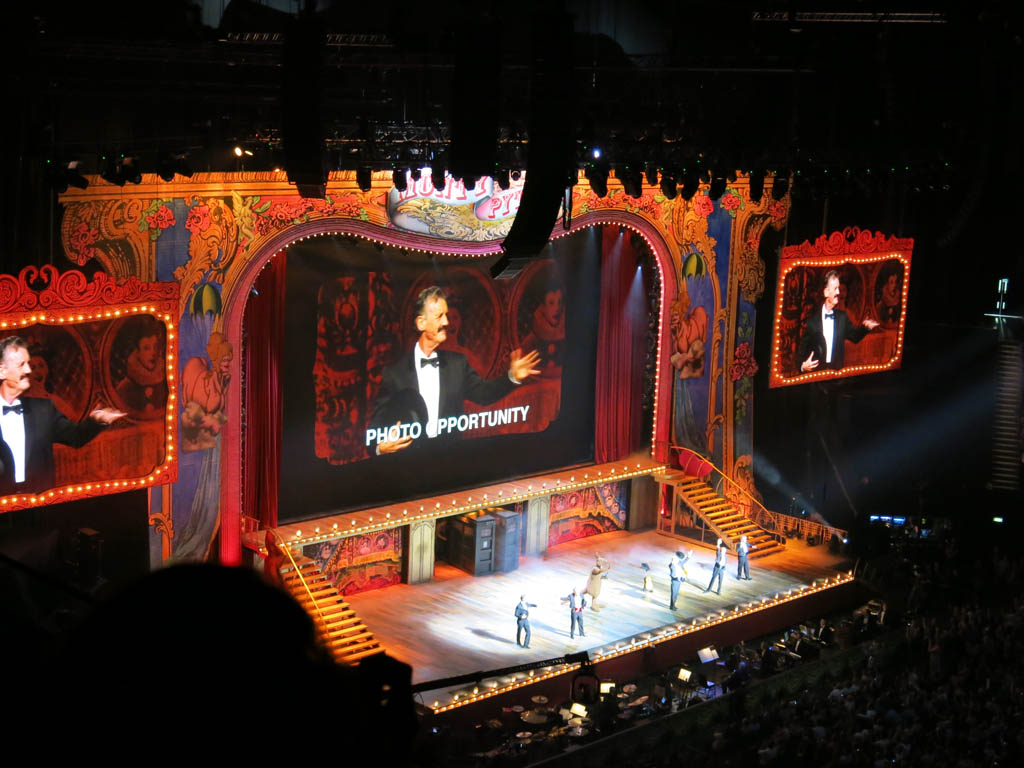 And without further ado, the show was on! I won’t give a blow by blow summary, but what we got was 2.5 hours of classic sketches performed live, plenty of songs, some choreography between skits as well as some video to keep us laughing while the boys changed.

So was it funny? It was hilarious! Was it perfect? Far from it. Some skits didn’t translate as well, and there were some odd choices (the weird Ministry of Silly Walks dance remix thing was just horrible). There was also the strong nostalgia that went from very sweet to a little sad at times. 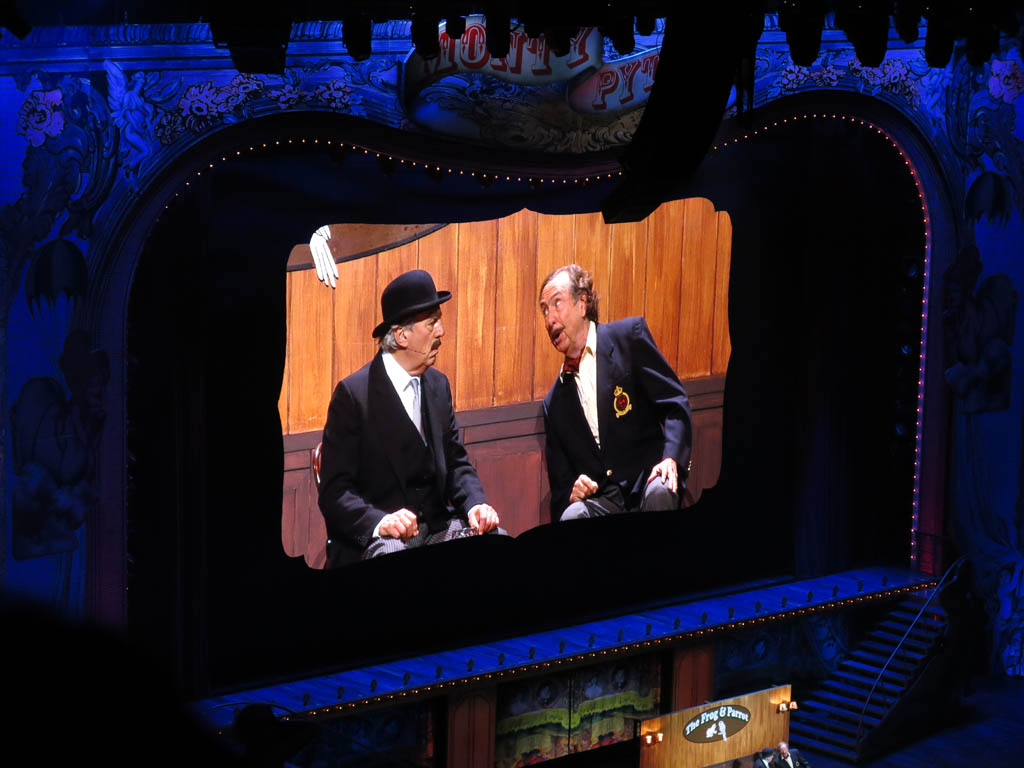 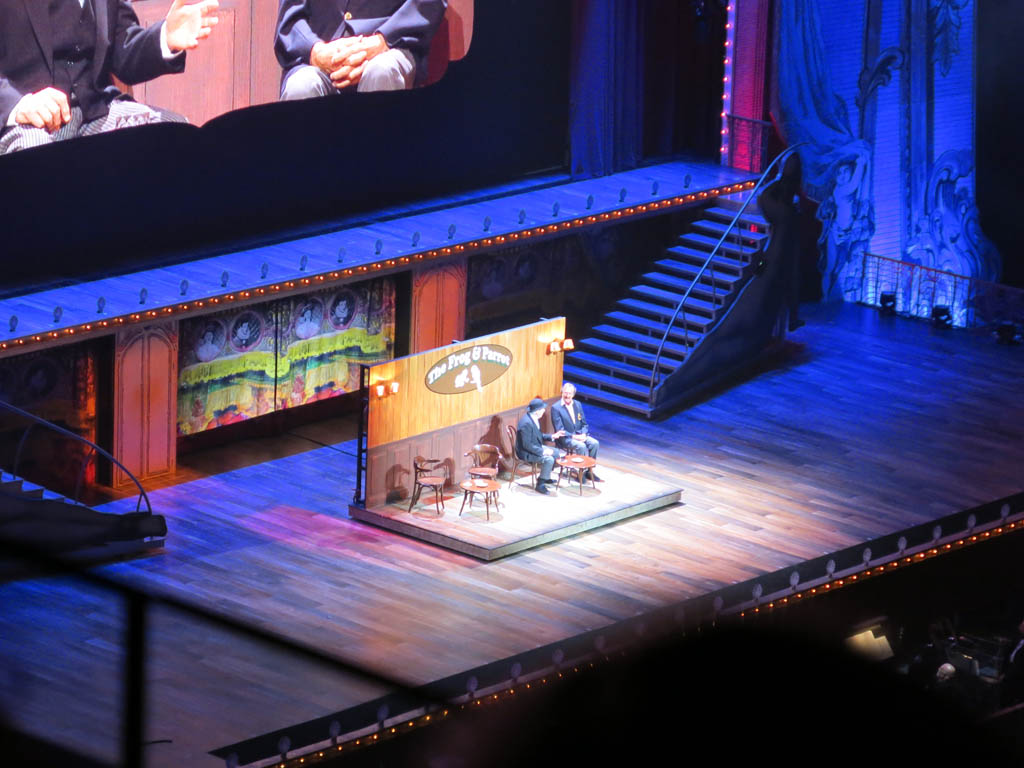 But overall, it was quite the thing to see Messrs Cleese, Gilliam, Idle, Jones, and Palin in the flesh (for me, especially Michael Palin). It was worth it just to witness Spam, Dead Parrot, and Nudge Nudge Wink Wink done by Monty Python live… something I never dreamed I would ever see. 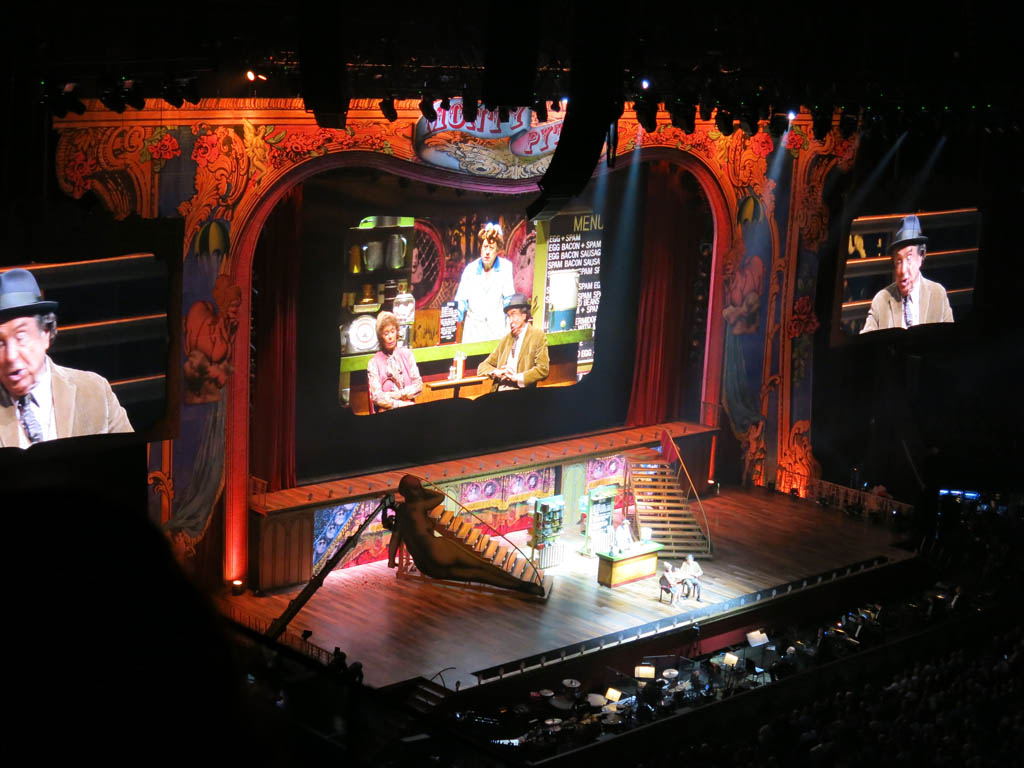 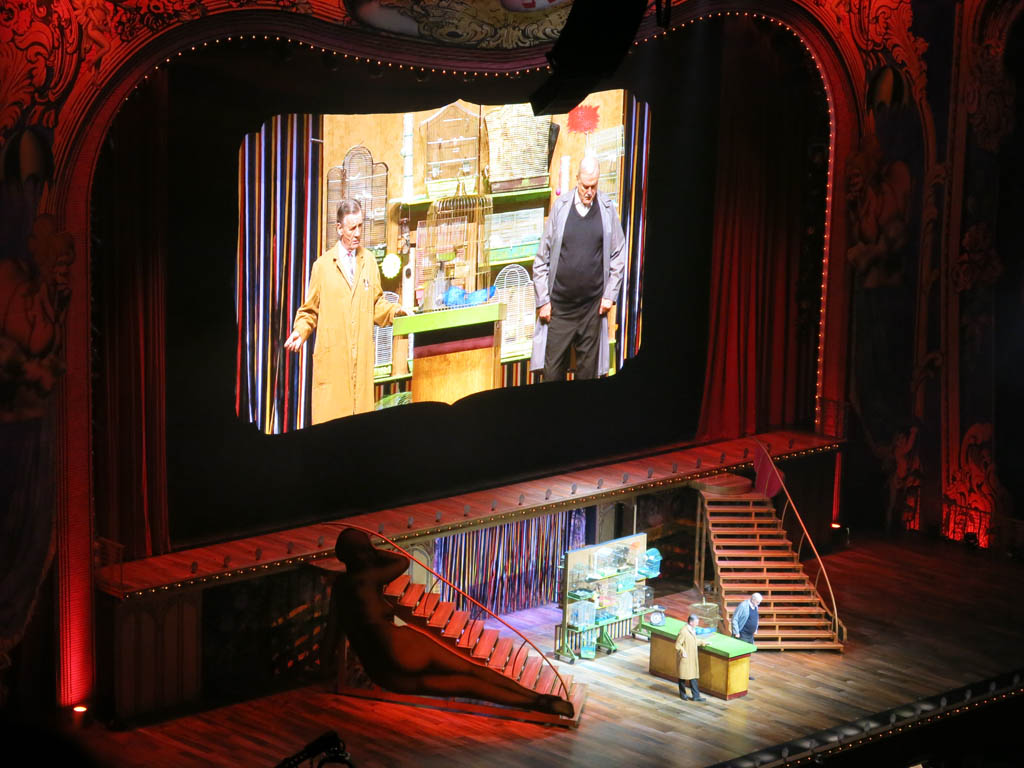 Of course we got all the other classics… Spanish Inquisition, Australian Philosophers, and awesomely, the Lumberjack Song and Galaxy Song. It was all wrapped up with a big, emotional sing-a-long of Always Look On The Bright Side of Life (of course). 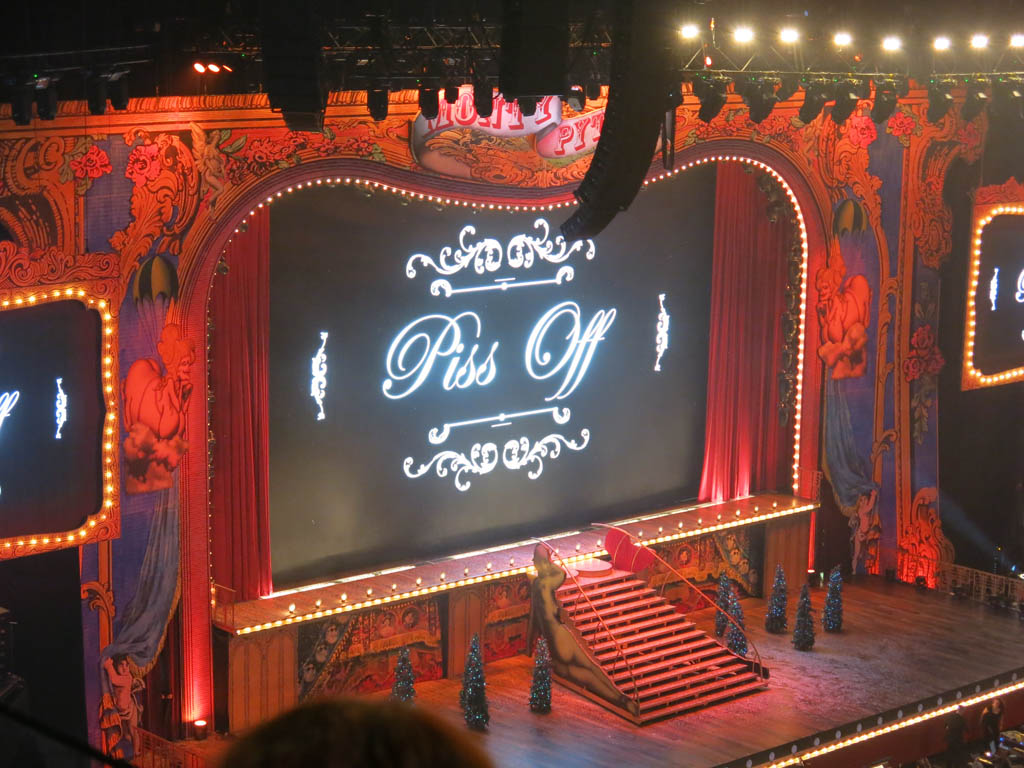 So was it just a big cash in? Quite probably. But did it matter in the end? Not at all. It was Monty Python.